Solitude is exacting. I read [the verses] out, wrote them, effaced them, worked on them, trying to find the amount of white space around a poem so that the words emerge. . . . These works are my way of writing on a cave wall.
—Edmund de Waal 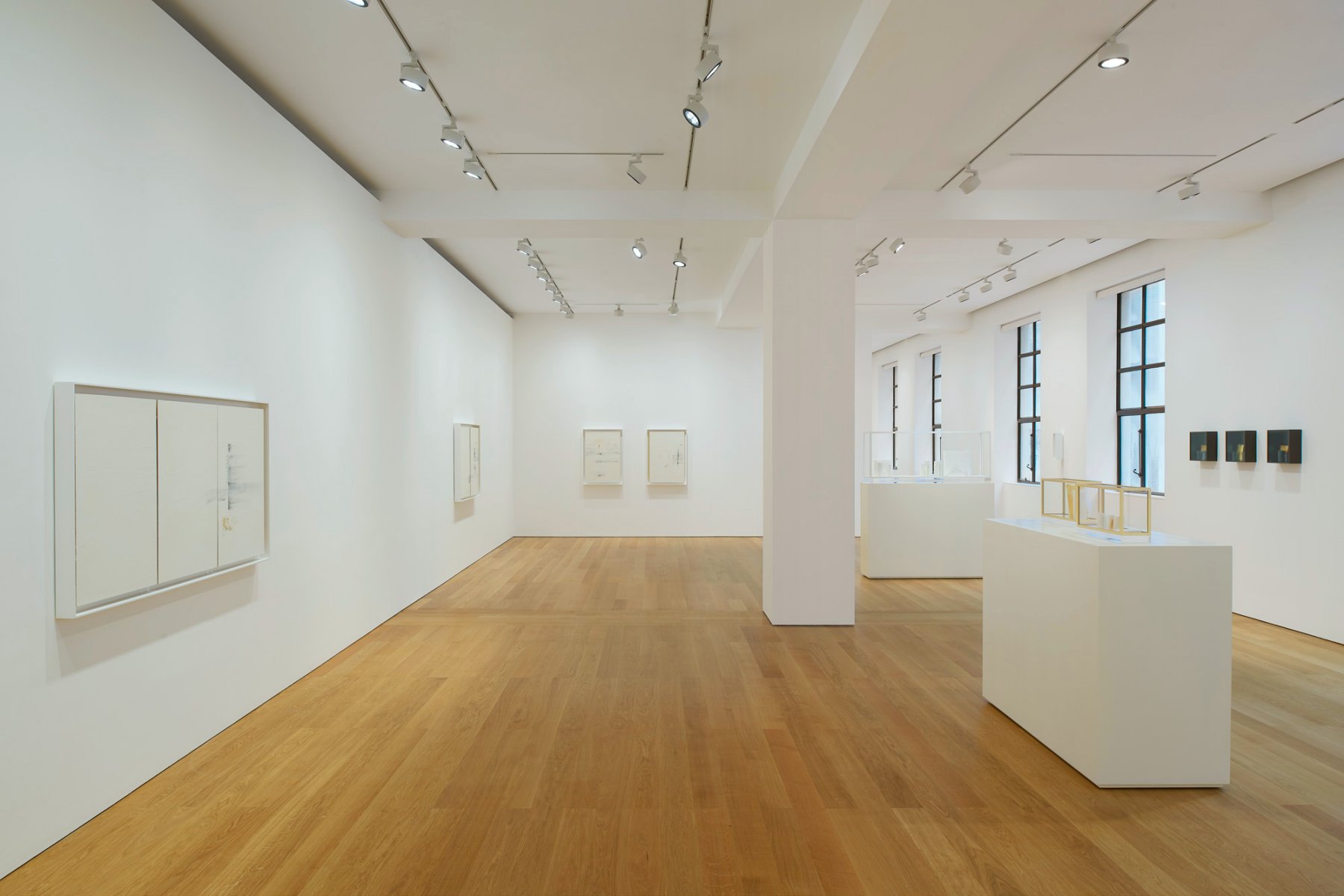 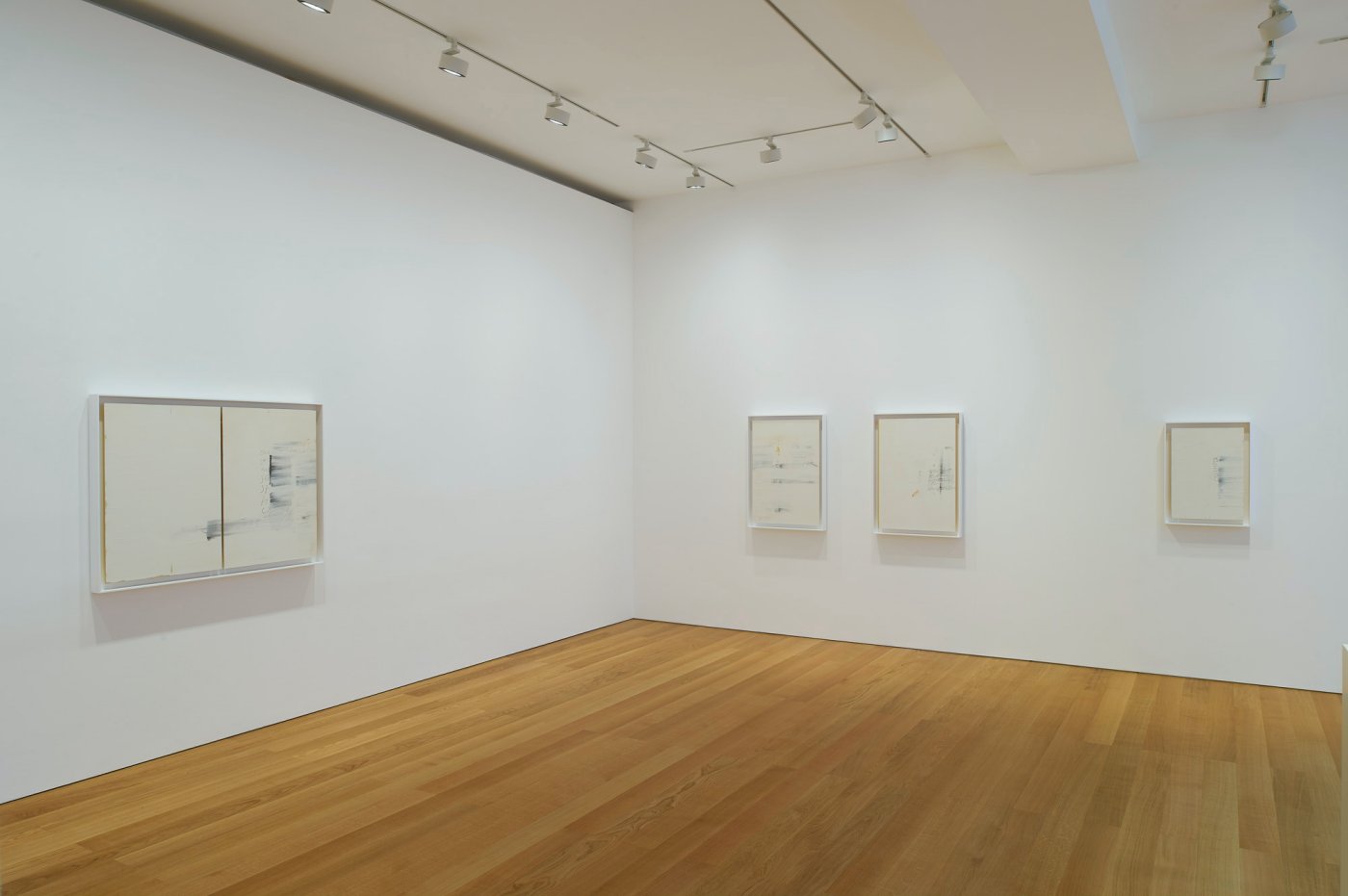 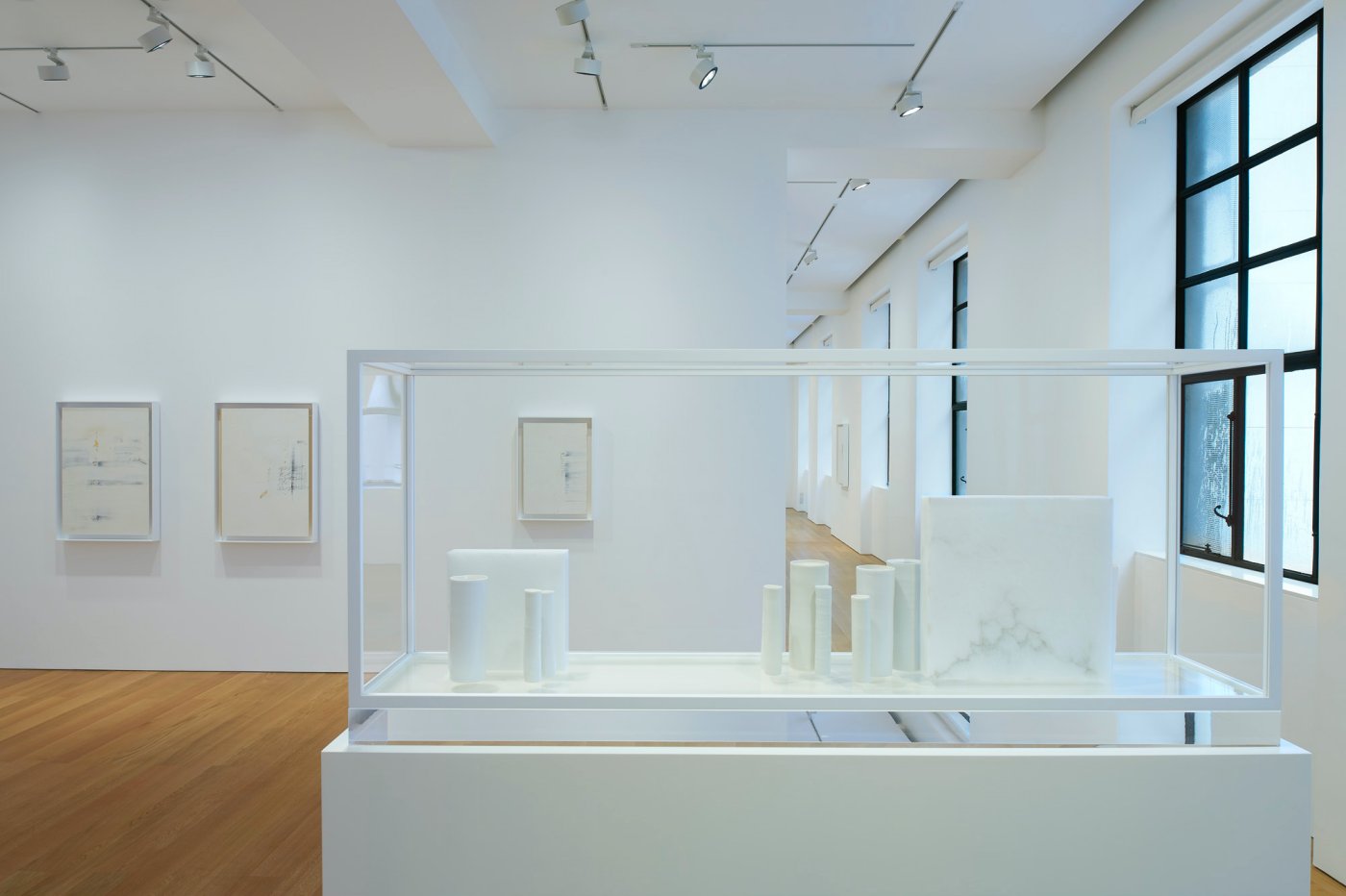 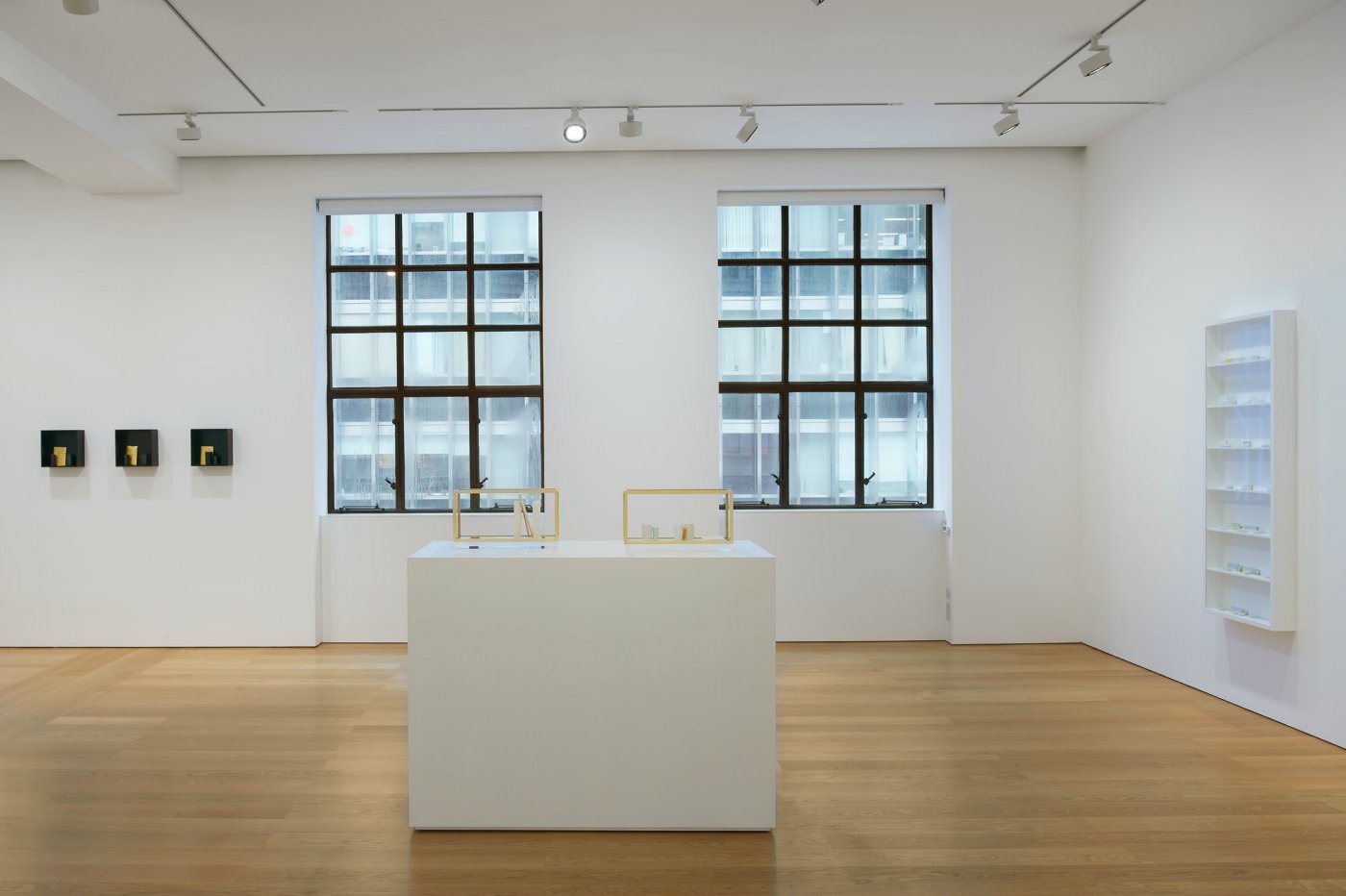 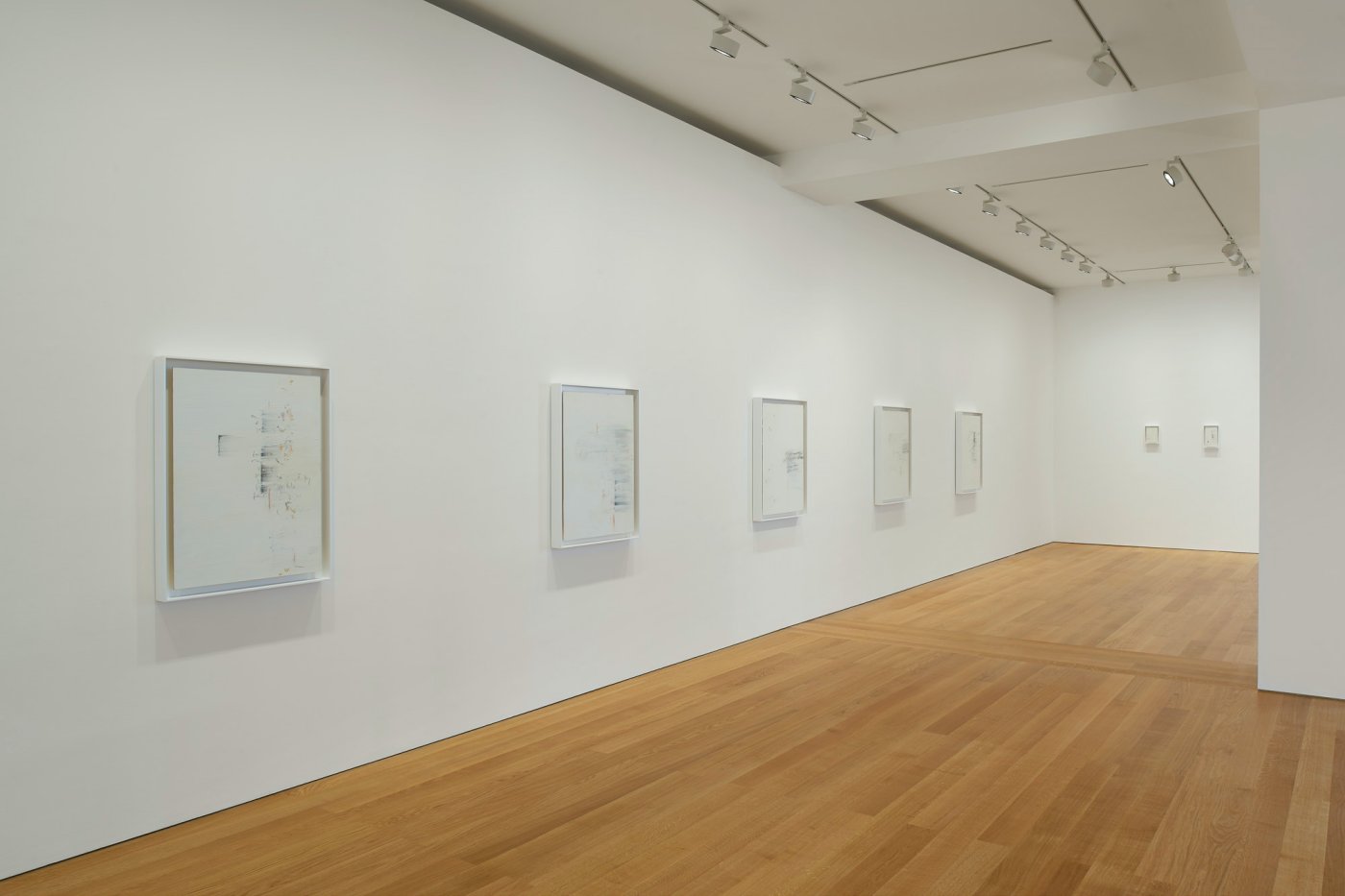 A potter since childhood and an acclaimed writer, de Waal makes porcelain works that function as repositories of human memory and experience. Drawing equally from Eastern and Western traditions, de Waal’s works blend a minimalist visual language with invocations of the written word, positing the act of collection—of objects, texts, materials, and thoughts—as an artistic form.

The exhibition takes its title from the famed Cold Mountain poems, a series of verses by the monk Hanshan, who, according to legend, lived as a recluse on a Chinese mountaintop during the Tang Dynasty (618–907 CE). Composed with diaristic frankness and intensity, the poems address the unavoidable passage of time and trace the introspective state that comes with monastic solitude.

Inspired by Hanshan’s practice of writing on rocks, tree trunks, and cave walls—thereby letting the elements erode his verses—de Waal’s new works are made through a cycle of inscription and effacement. He begins by coating a wood panel in liquid kaolin; while the slip is still wet, he floats flecks of gold leaf and writes lines of Hanshan’s poetry in graphite, oil stick, and charcoal. He then brushes these marks with additional layers of slip, repeating the process multiple times to produce a “fugitive poem,” a palimpsest of text that emulates the haze of memory.

Exhibited with this new series will be a selection of wall-mounted and freestanding works, some of which were included in elective affinities, de Waal’s installation at the Frick Collection, New York, in 2019. Made in white or black porcelain, the vessels are arranged alongside elements of gold, alabaster, marble, or steel. Held in space within vitrines, their spatial variations evoke musical scores or poetic stanzas.

De Waal’s installation library of exile is on view at the British Museum in London until January 12, 2021. Originally presented at the Ateneo Veneto in 2019 during the 58th Biennale di Venezia, the library—a porcelain-covered pavilion housing more than two thousand books by exiled authors throughout history—traveled to the Japanisches Palais in Dresden, Germany, later the same year.