Deterioration is a fertile area to explore.
—Ed Ruscha

Gagosian presents an exhibition of new paintings by Ed Ruscha. 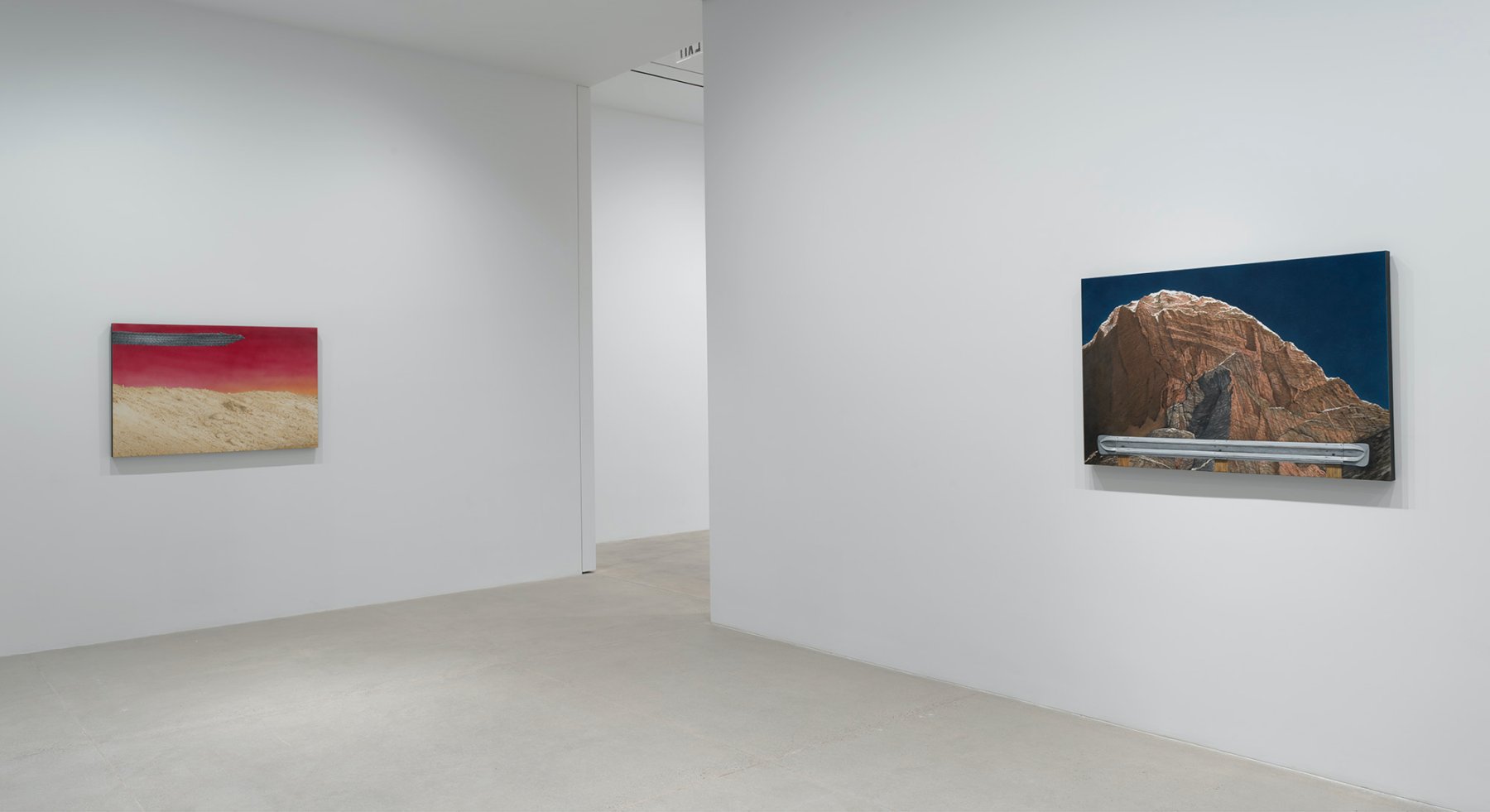 Since the 1960s, Ruscha has created a distinctive and ever-expanding lexicon of signs, symbols, images, and words drawn from vernacular America. His visual utterances, sounds, and concepts—such as the roadside gas station or the word “OOF”—have become embedded in the American ethos. He has presented recurring images—the American flag, mountains, books, and words—that are suggestive yet never didactic, and the development of these images over the course of his illustrious career exemplifies the wry refinement and subtlety with which he speaks through painting.

In these new paintings, Ruscha has chosen to revisit the flag, the mountain, and the tire. Flags entered Ruscha’s visual vocabulary between 1985 and 1987, rippling in the breeze over dramatic sunsets or triumphant blue skies, offset with subtle warning cues of black bars resembling censor strips. The motif returned in OUR FLAG (2017)—currently on view at the Brooklyn Museum, which served as a polling site for the November election—where it disintegrated into shreds set against a near-black sky. The flag becomes newly distorted in RIPPLING FLAG (2020), this time abnormally widened to extend past the right-side frame, its flowing surface creating twisted shapes and shadows over the red and white stripes. In Top of Flag (2020), only a fraction of the standard is visible at the bottom of the canvas, surrounded by a gradation of shadow, almost as though the flag were a setting sun or a dimming spotlight on a stage.

In new mountain paintings, Ruscha presents one of his archetypal snowy ranges, but inverts one of the peaks so that it appears to descend from the sky. A shredded tire tread, or “gator,” which Ruscha first referred to in his series of Psycho Spaghetti Western paintings, hovers over a barren, red-skied landscape in Hardscrabble (2020). These tire shreds also appeared in Blue Collar Tires (1992), which formed part of the Course of Empire series, Ruscha’s contribution for the American Pavilion at the Biennale di Venezia in 2005. This was titled directly after Thomas Cole’s famous painting cycle (1834–36) depicting the same landscape over time as it is developed from its pristine natural state, to fall, finally—like Ruscha’s flags—into a state of disrepair and deterioration.

A fully illustrated catalogue, with an essay by writer Tom McCarthy, will accompany the exhibition.