A pioneer of the New York School, Ed Clark (1926 – 2019) extended the language of American abstraction beyond expressionism through his inventive use of pure color, abstract form, and the seductive materiality of paint. Following Hauser & Wirth’s recent New York exhibition of Clark’s paintings made from 2000 to 2013, ‘Expanding the Image’ is the gallery’s first exhibition in Los Angeles devoted to the artist. On view will be works from his highly formative years of 1960 through 1980, two decades during which Clark made pivotal breakthroughs that expanded the language of abstraction. 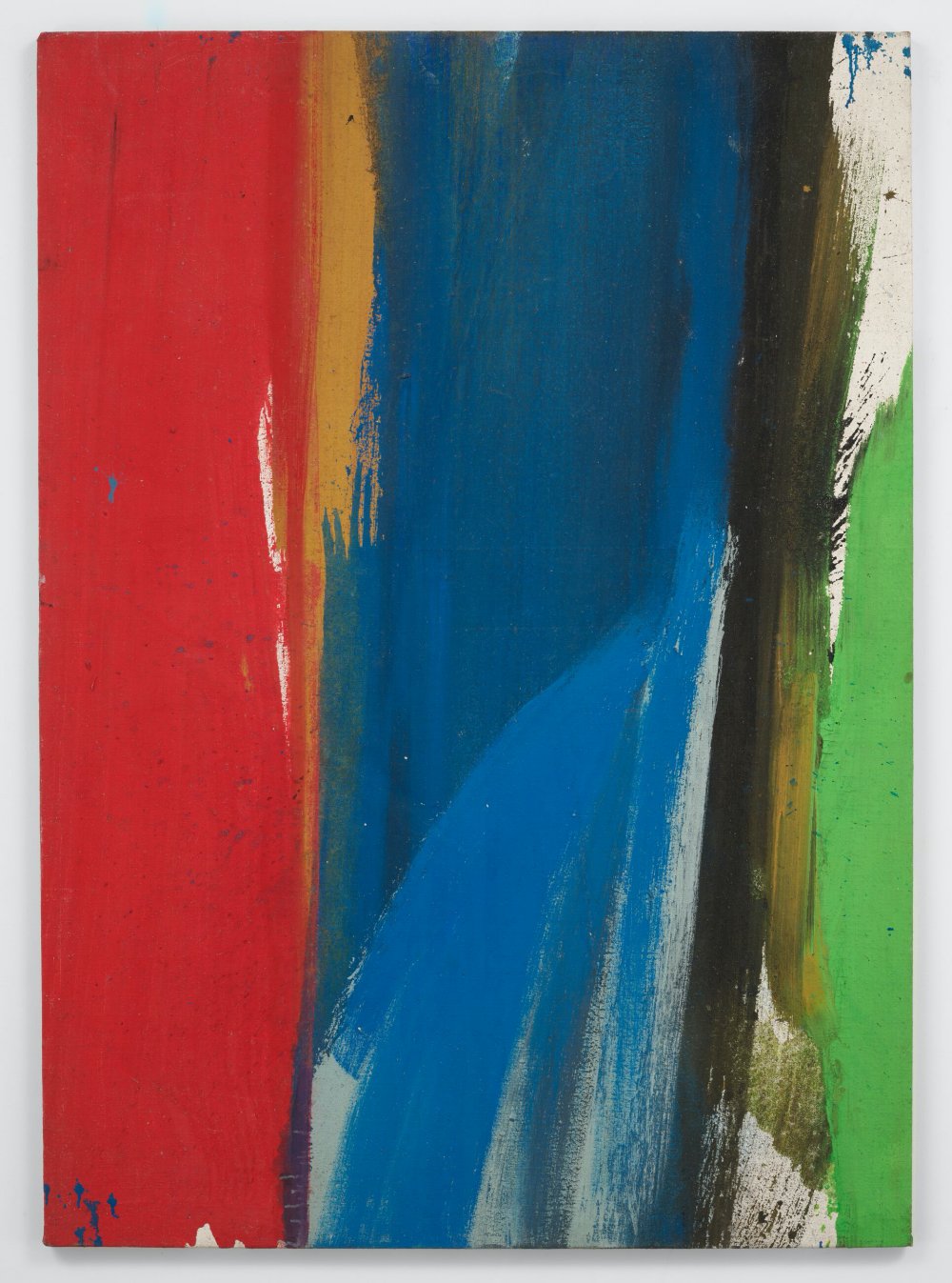 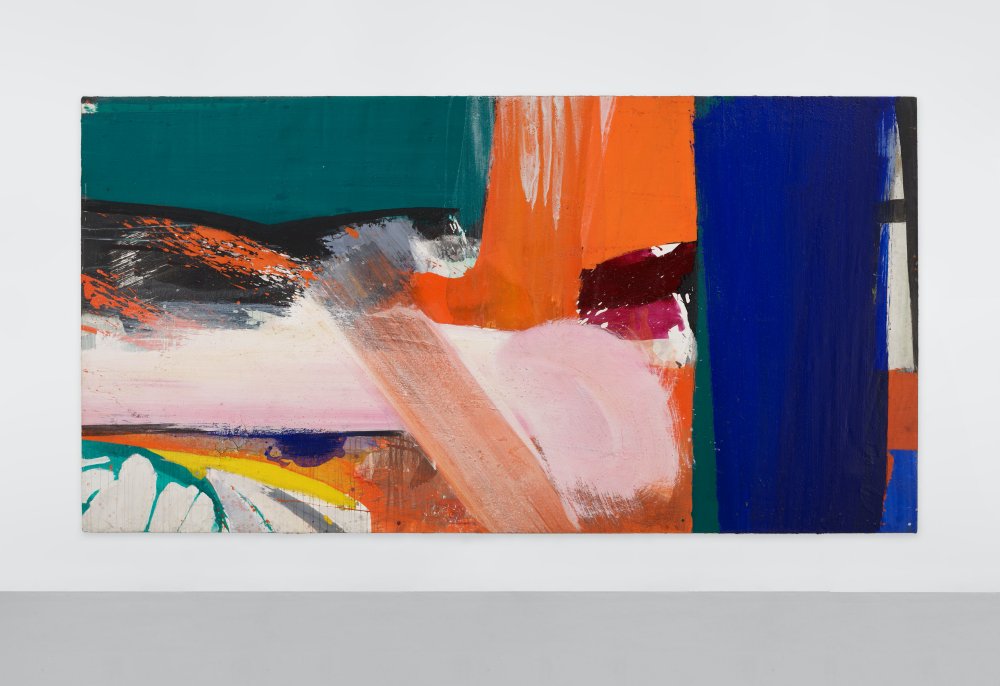 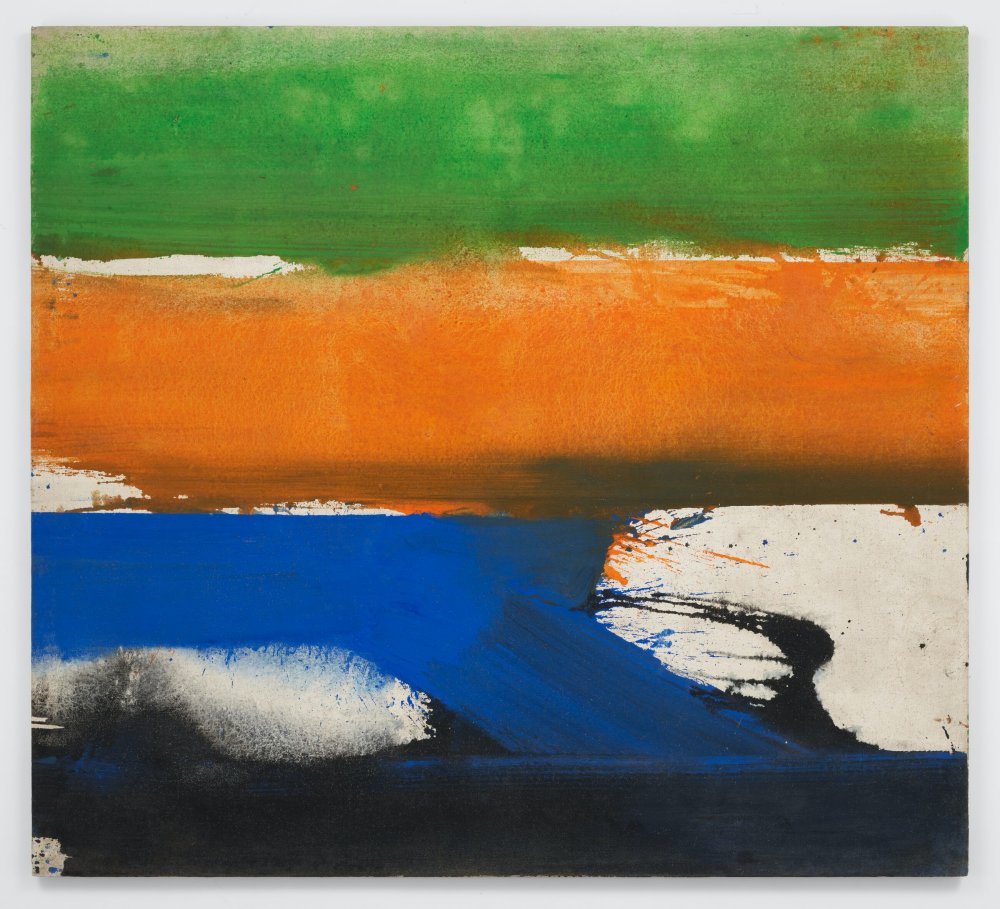 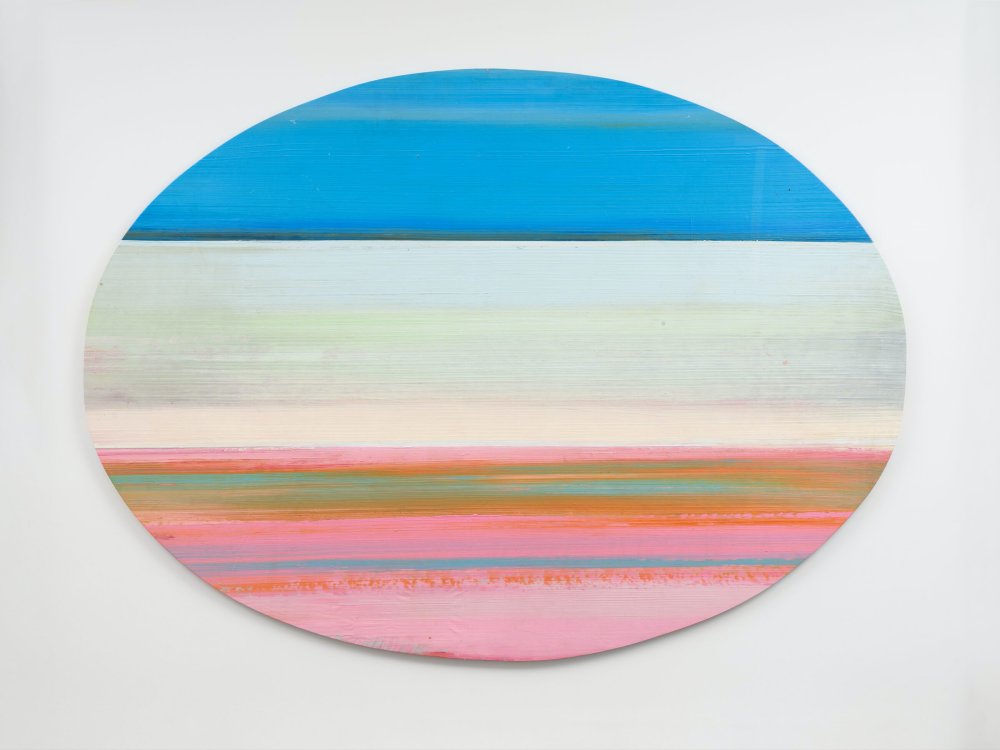 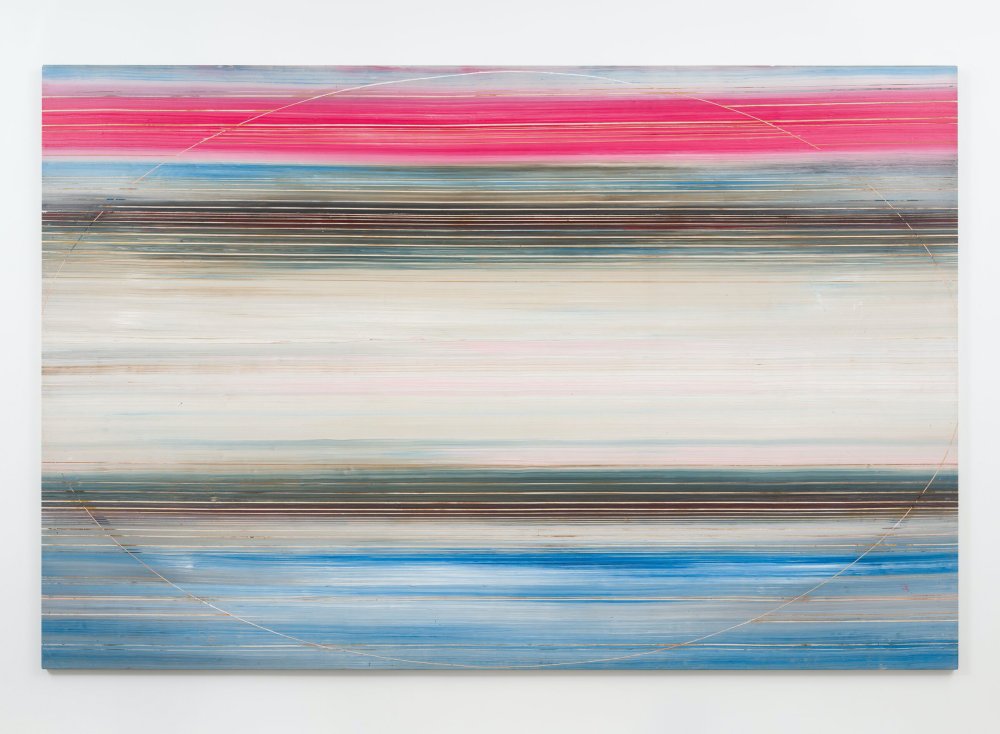 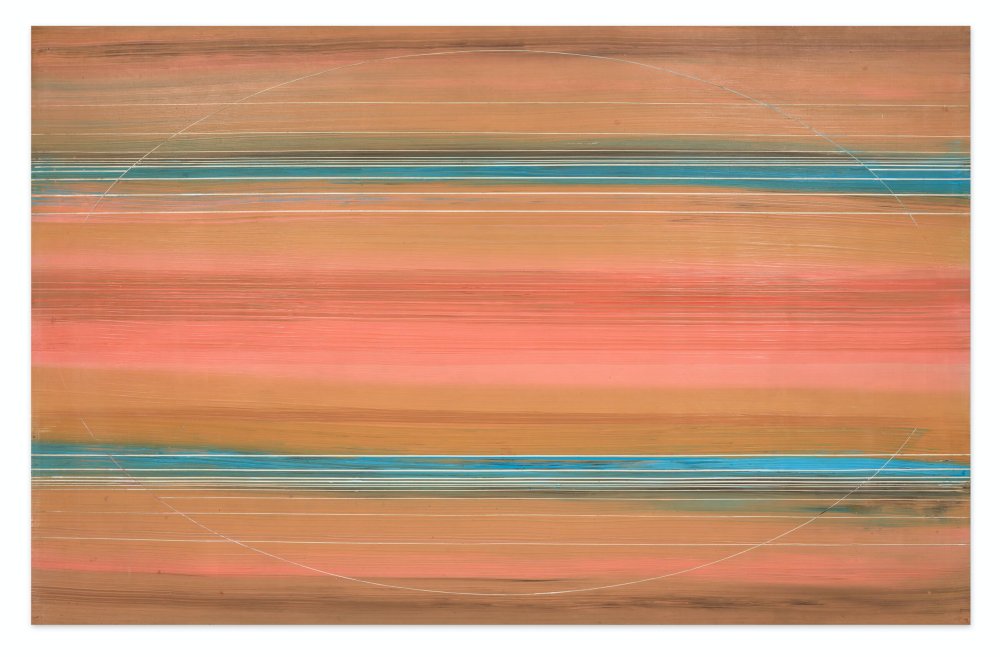 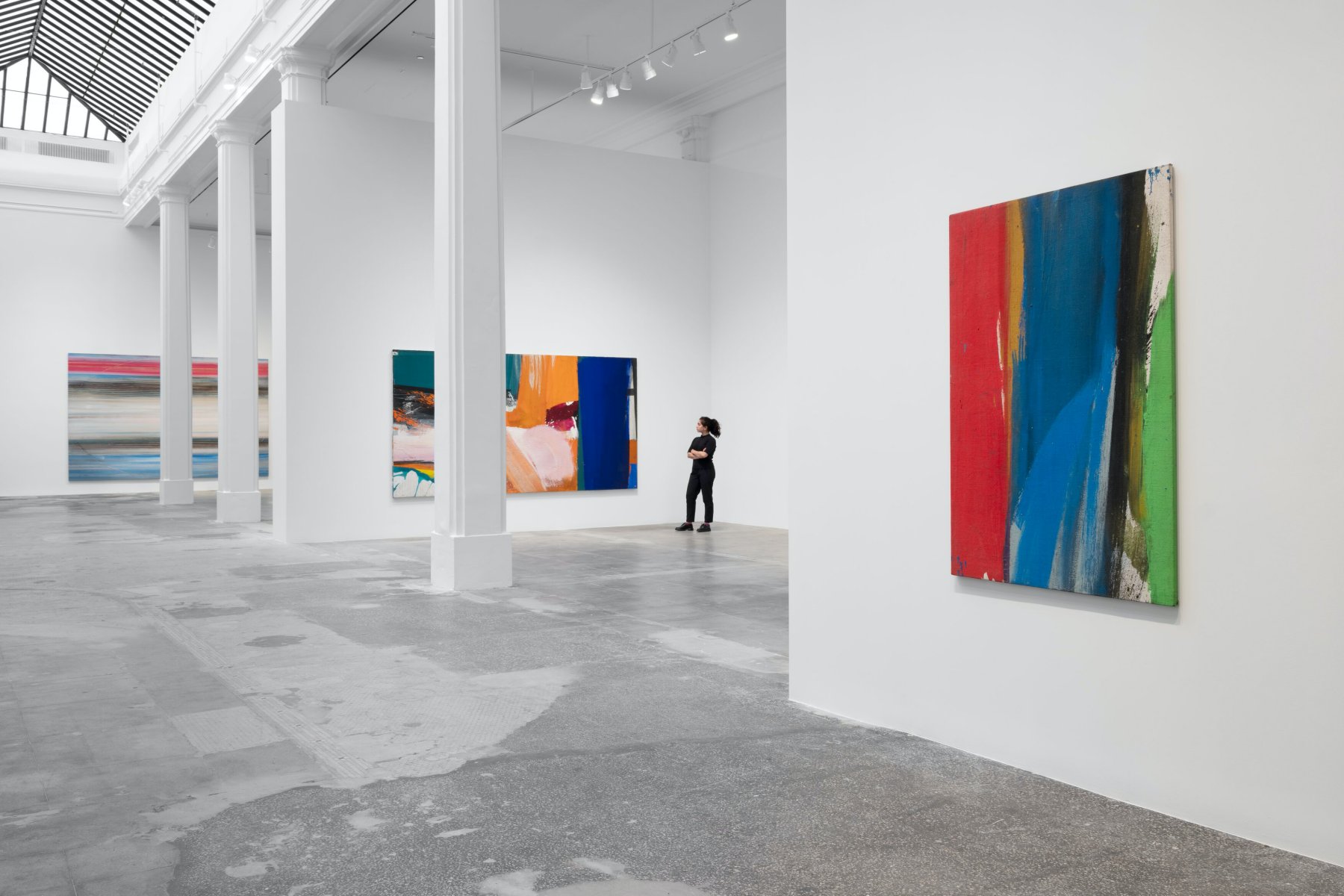 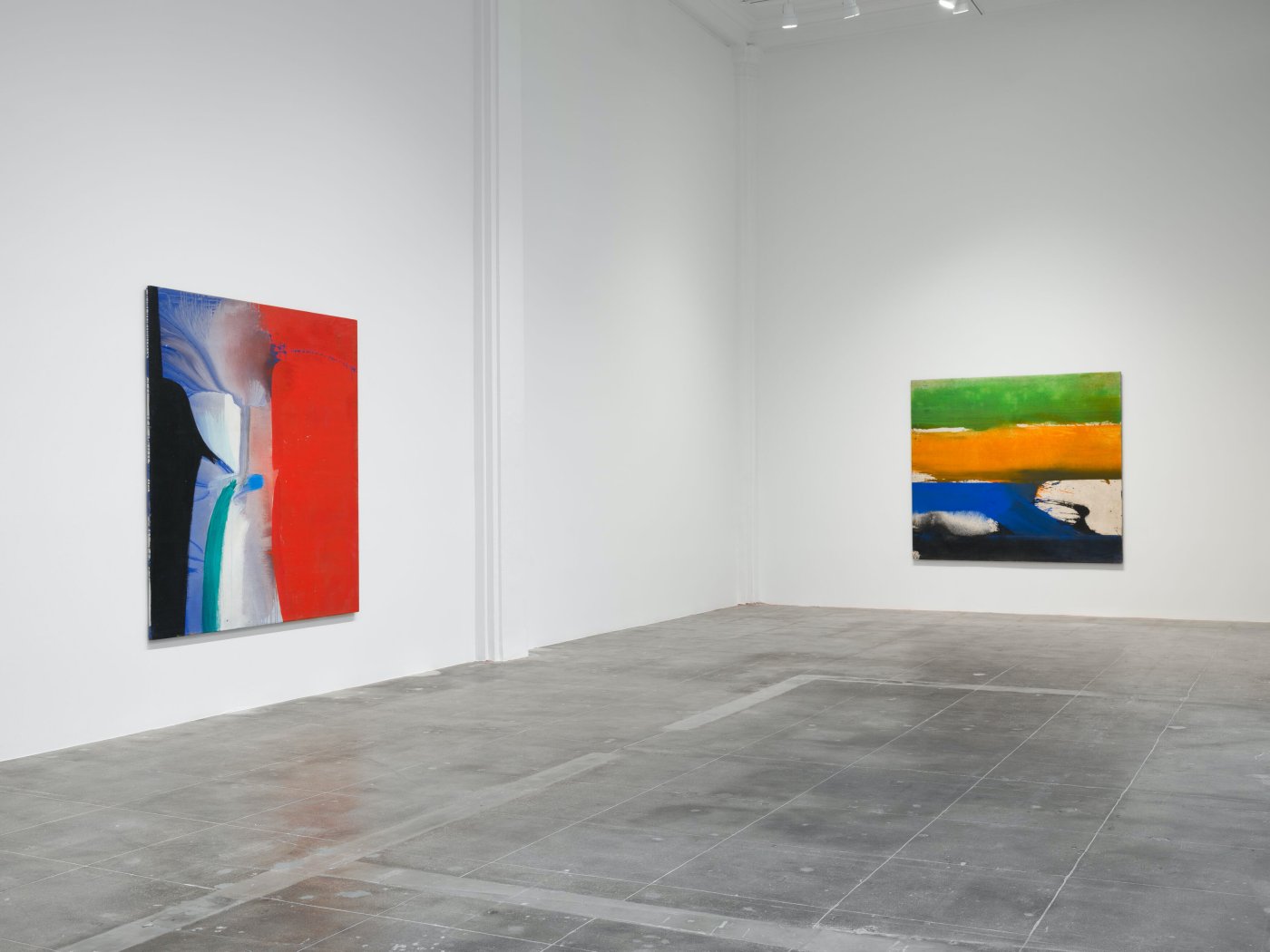 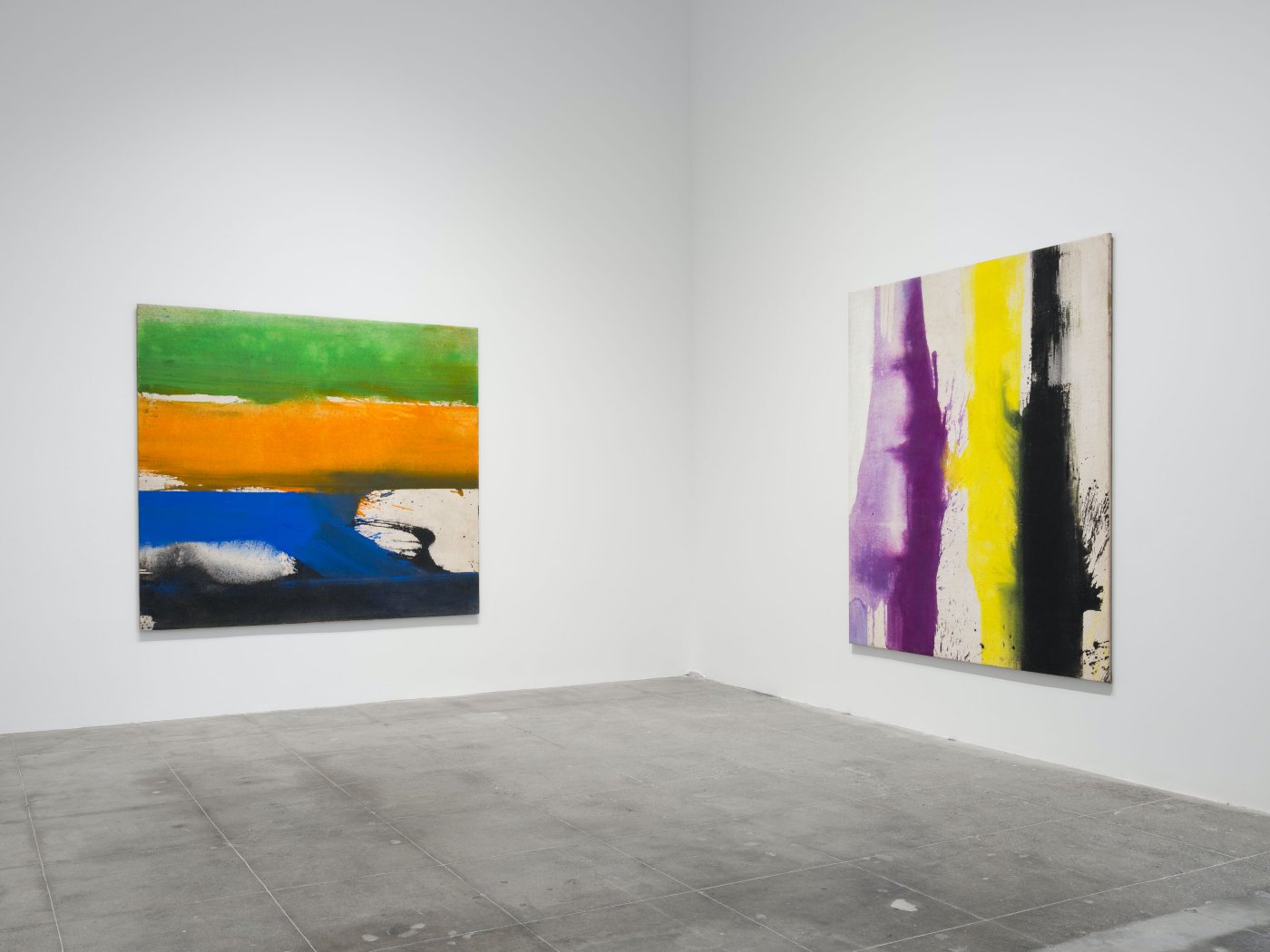 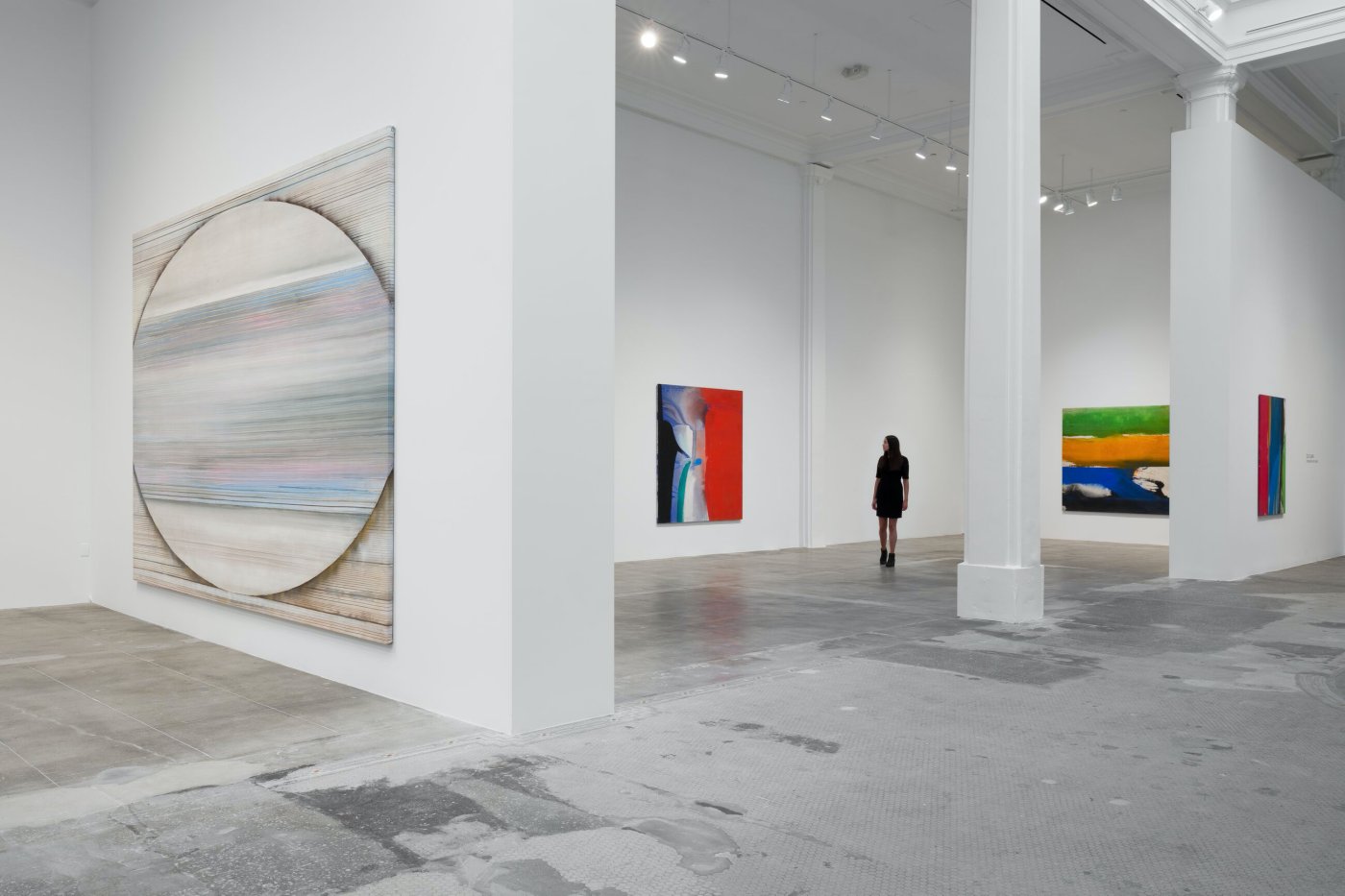 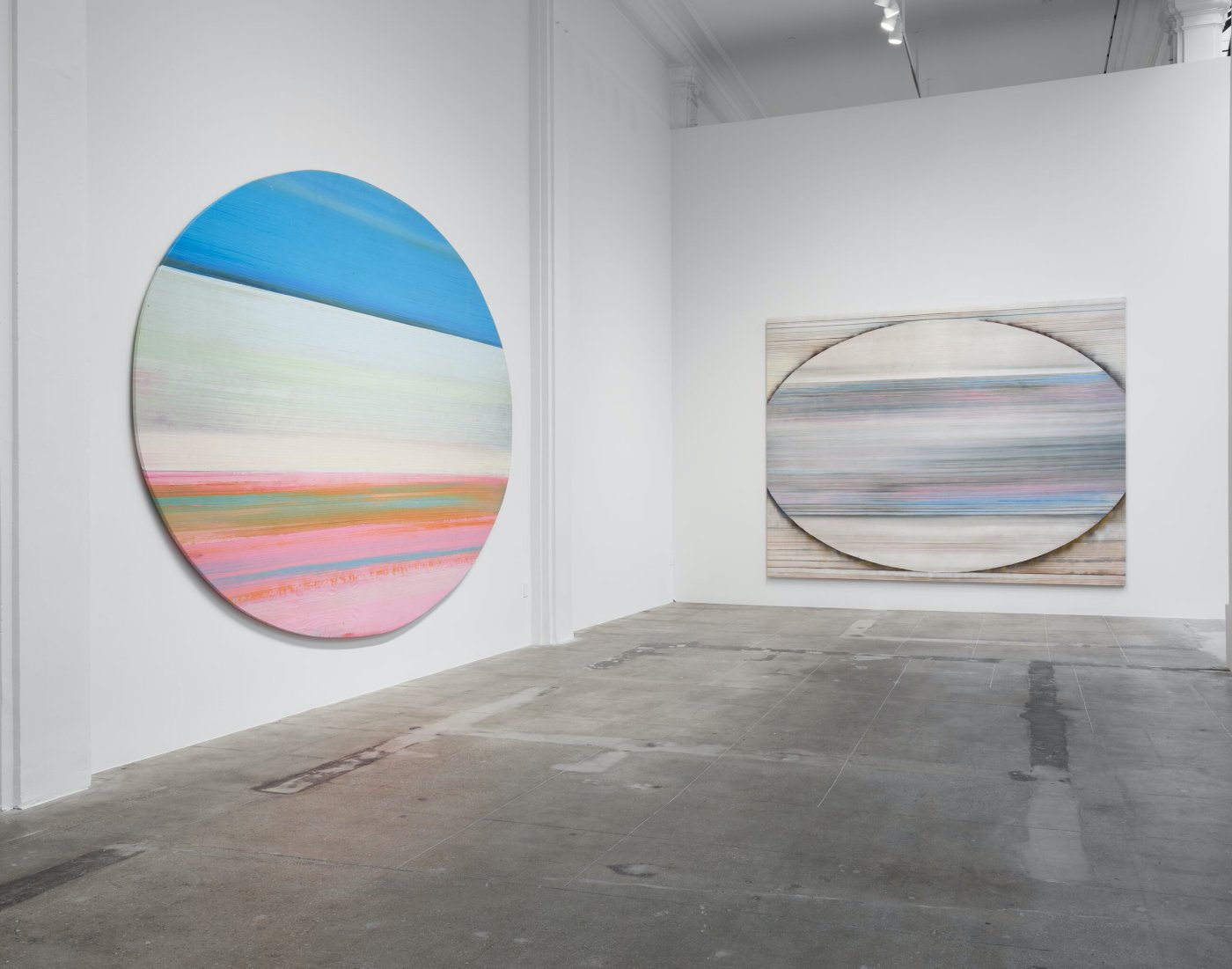 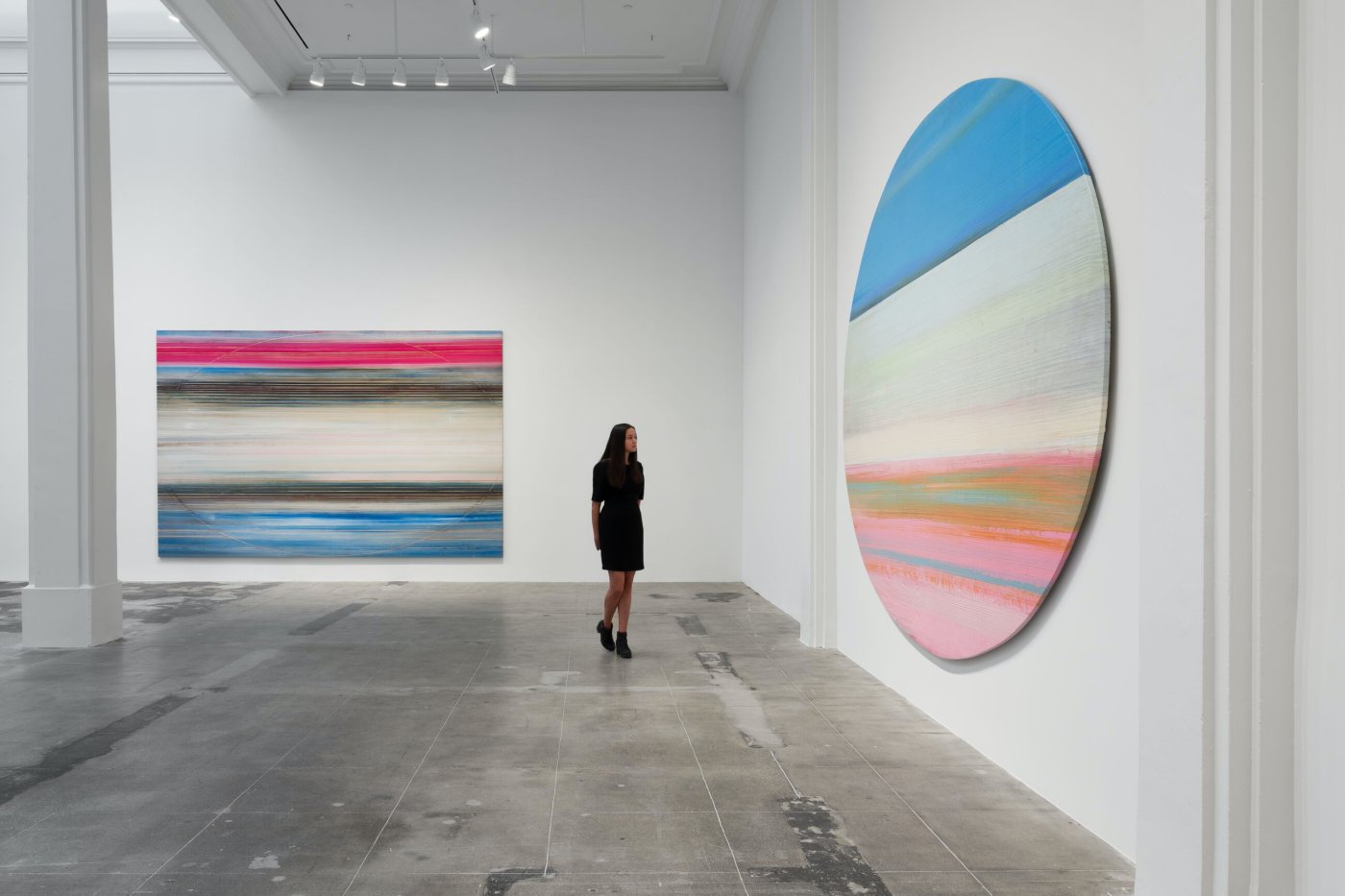 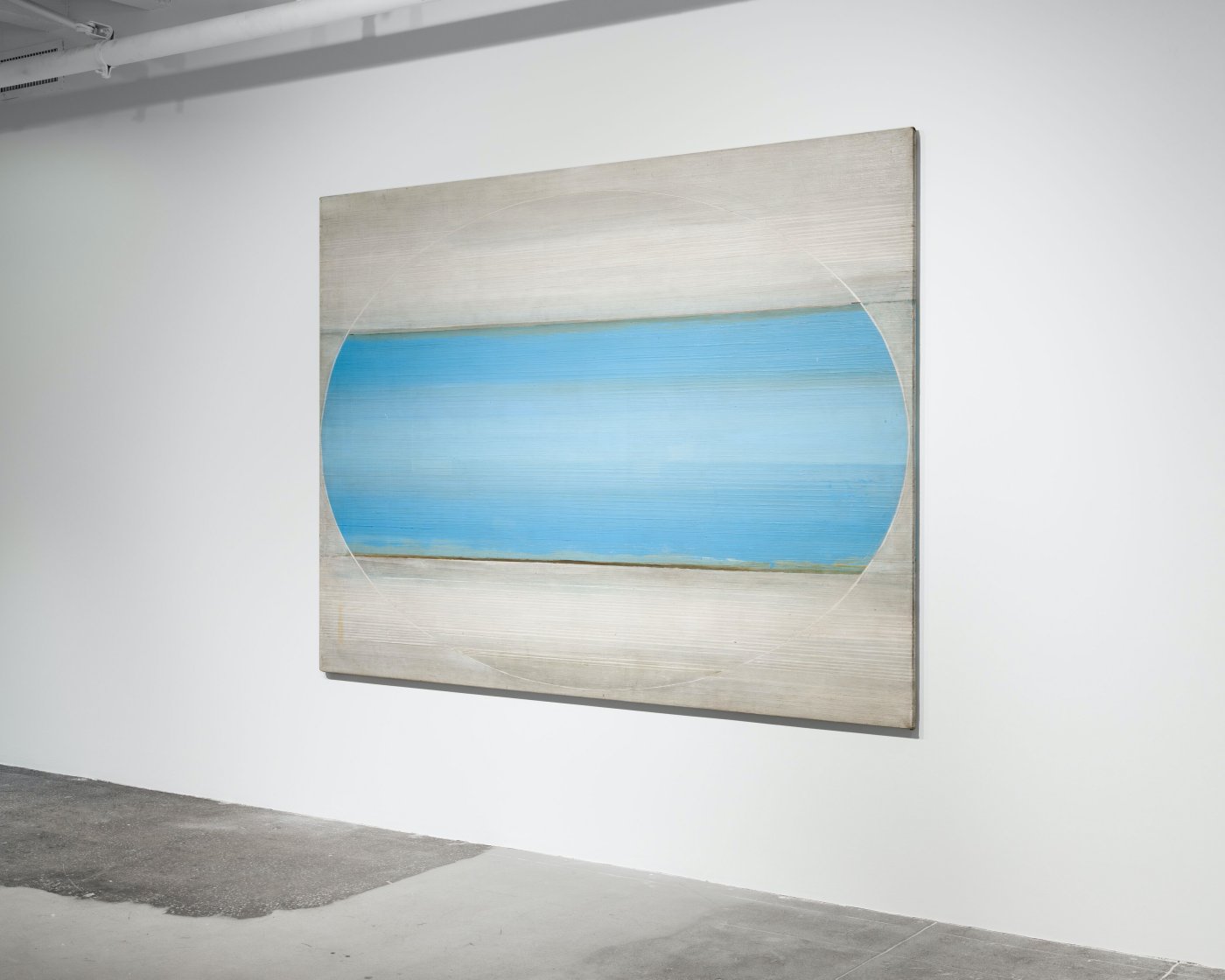 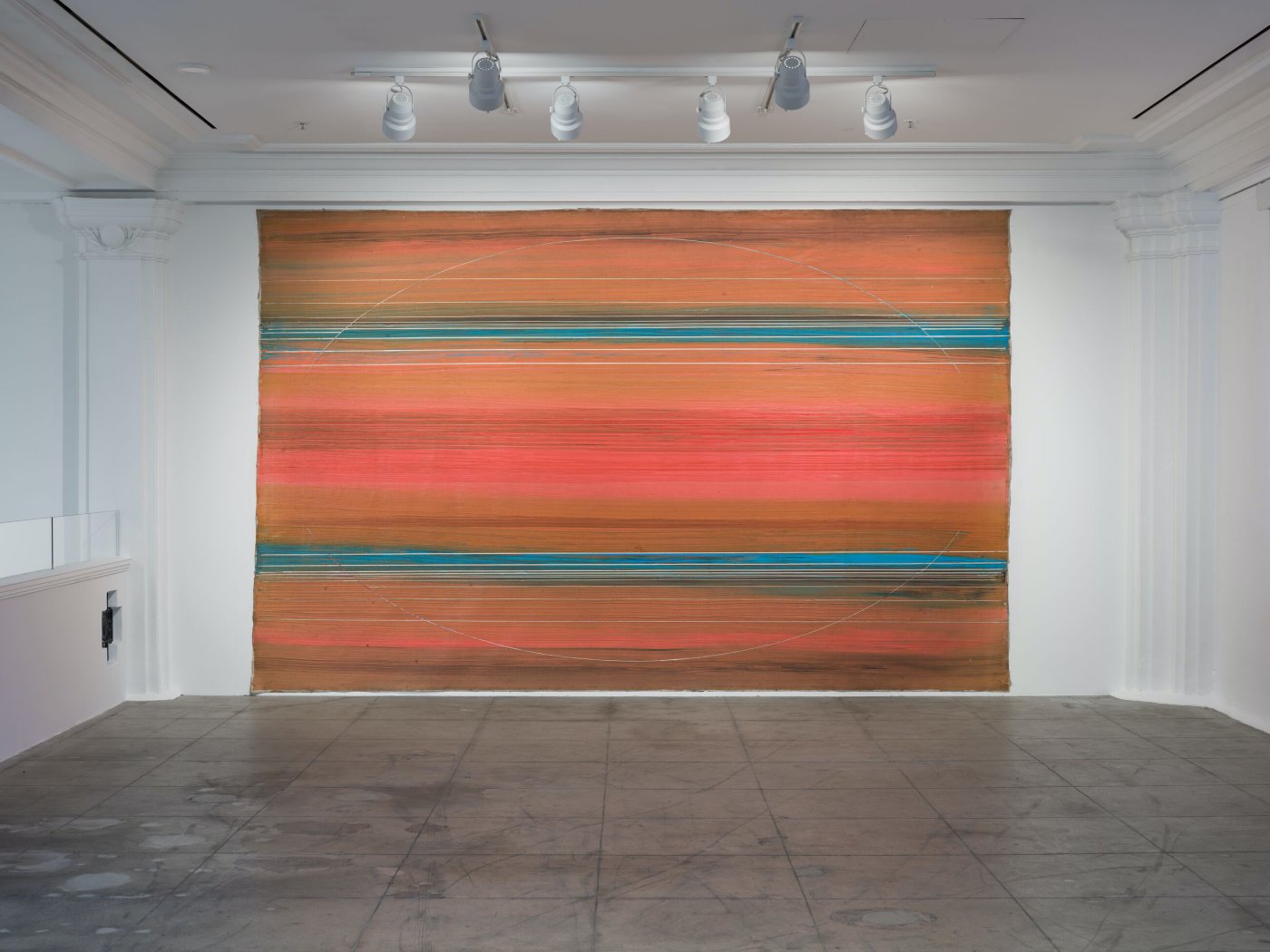 This intimate presentation finds Clark solidifying a signature style that evolved from two ground-breaking techniques that he pioneered in the late 1950s: the use of a push broom to handle paint, and the invention of the shaped canvas. Both innovations would become central to Clark’s seven-decade career and support his unique synthesis of European modernism and New York Abstract Expressionism. The artist explained, ‘I began to believe that the real truth is in the stroke. For me, it is large, bold strokes that do not refer distinctly to seen nature. The paint is the subject. The motions of the strokes give the work life.’

Clark’s paintings reside in the permanent collections of important American museums, including the Whitney Museum of American Art, The Museum of Modern Art, and the Brooklyn Museum in New York, and his oeuvre was recently celebrated in the landmark touring exhibition ‘Soul of a Nation: Art in the Age of Black Power 1963 – 1983.’ The exhibition at Hauser & Wirth Los Angeles seeks to expand awareness of his canonical position in the history of Abstract Expressionism, and his critical role as a continuously and rigorously original artist in the story of American art.

About the Exhibition
It was in 1956 while living in Paris and finding respite from racial discrimination in America that Ed Clark broke new ground in abstract painting. He was the first artist to use a push broom to literally sweep pigment across the canvas laid out on the floor in what he called ‘the big sweep.’ This idiosyncratic method gave rise to a new type of stroke that allowed Clark to cover large areas with great energy and velocity, while also maintaining straight lines and achieving effects that neither a hand nor standard paintbrush could render. In a 1997 interview, Clark described the physical intensity the push broom allowed, noting, ‘it’s like cutting through something really fast; that’s what the push broom gives you, speed. Maybe it’s something psychological. It’s like cutting through everything.’

Towards the end of 1956, Clark returned to New York and became part of the city’s downtown scene. Alongside artists Al Held, Sal Romano, John Krushenick, George Sugarman, and Ronald Bladen, he co-founded Brata Gallery, a cooperative among Tenth Street galleries of the East Village, creating a space devoted to changing the way contemporary art was made and exhibited. For the next decade, Clark would use the push broom technique to produce a sense of ‘drive’ within his paintings, producing the levels of force and luminosity seen in such paintings at Hauser & Wirth Los Angeles as ‘Untitled’ (1960), ‘Locomotion’ (1963), and ‘Untitled’ (1964). It was also during this period in New York that Clark introduced his shaped canvas – the first documented in the US – at the Brata gallery in 1957.

In 1968, while living at the home of friend and fellow artist Joan Mitchell in Vétheuil, France, Clark began to create elliptically shaped paintings that mimicked the form of the human eye. ‘I’m interested in the expanding image,’ the artist stated, ‘and the best way to expand an image is an ellipse.’ Through its innovative use of form and color, ‘Untitled’ (c. 1970), a buoyant oval measuring over 13 feet long, blends expansive horizontal swathes of color to both challenge painting’s conventional rectangularity and defy the categorization of gestural and hard-edged abstraction. In keeping with his pursuit to extend the image, Clark subsequently integrated the ellipse within a rectangular canvas, as seen in ‘Integrated Oval #1’ (1972), a monumental painting that was exhibited in the 1973 Whitney Biennial and according to the artist was ‘one of the last paintings in which the oval still appeared.’ For the rest of his career, Clark embarked on worldwide travels to observe nuances in light and color found in unfamiliar natural landscapes. In 1971, Clark visited another artist friend, Jack Whitten, in Crete, Greece, where he was enraptured by the Mediterranean light and atmosphere. Influenced by this new terrain, his palette began to veer into pastel hues that rendered greater nuance in his art.

Darby English, Carl Darling Buck Professor of Art History and the College, The University of Chicago, notes Clark’s experimental approach to color during the 1970s in his recent publication ‘1971: A Year In the Life of Color’ by stating, ‘What distinguishes Clark’s work of this period, then, is not only the exhilarating openness of its color but also the intensity with which he was devising ingenious ways to achieve it. The combinations of colors, color areas, and shearing strokes, the indications of direction, elision, and decision, operate in a density significantly greater than play. It is a menagerie of technical problems, not existing in isolation and all arising from the shifting magma of the painter’s accumulated experience.’ Clark’s deft use of the tools and techniques that he honed in the first half of his career would continue to sustain his practice for the next three decades, during which he employed the simple elements of the push broom, paint, and pigment in riotously new and unconventional ways.

In a 2019 appreciation of Clark’s work for Luncheon Magazine, celebrated artist Glenn Ligon wrote:
‘It occurs to me that it is not hard to make a good painting every once in a while—but try making great paintings for almost seven decades as Clark has done. And try keeping the work innovative and rigorous when you and your now justly celebrated peers—artists like Jack Whitten, Mel Edwards and Sam Gilliam, Frank Bowling and Howardena Pindell—were not widely exhibited or collected. Yet despite all the challenges he faced throughout his career, Clark has woken up each morning, gone to the studio and got on with it.’

About the Artist
Born in 1926 in New Orleans, Louisiana, Clark spent his formative years in Chicago. He enlisted in the United States Air Force and served in Guam during World War II. Under the GI Bill, Clark attended the Art Institute of Chicago (1947 – 1951) then L’Academie de la Grande Chaumiere in Paris (1952), where he was taught by Louis Ritman and Edouard Goerg. At the encouragement of Goerg, Clark spent many hours at museums around Paris studying the works of modernists and Old Masters. Inspired by the work of Russian-born, Paris-based artist Nicolas de Staël, Clark discovered the possibility of playing with hard-edge and gestural abstraction. Thus in his paintings of the 1950s, de Staël’s influence is clear: large, sensational strokes float through the canvases. During his years in Paris, Clark found himself engaging not only with fellow American expat painters Joan Mitchell and Sam Francis, but also a generation of important African American artists who had discovered freedom in Paris from racial discrimination at home. Clark settled in New York in 1957, where over the ensuing decade he became part of the city’s dynamic downtown scene and a co-founder of the Brata Gallery, an artist-run cooperative among the Tenth Street galleries of the East Village. From the late 1960s until the last decade, Clark split his time between New York and Paris, traveling extensively to other locales from Mexico and Brazil to North Africa and Greece. In 2019, while living in Detroit, Clark passed away at the age of 93. ‘No matter what I do,’ the artist said, ‘there’s not a day that I’m not an artist.’