Mnuchin Gallery presents Ed Clark: A Survey. This is the first overview of Clark’s career in New York since the Studio Museum in Harlem’s retrospective in 1980. The exhibition includes paintings and works on paper spanning six decades, from 1962 through 2013. 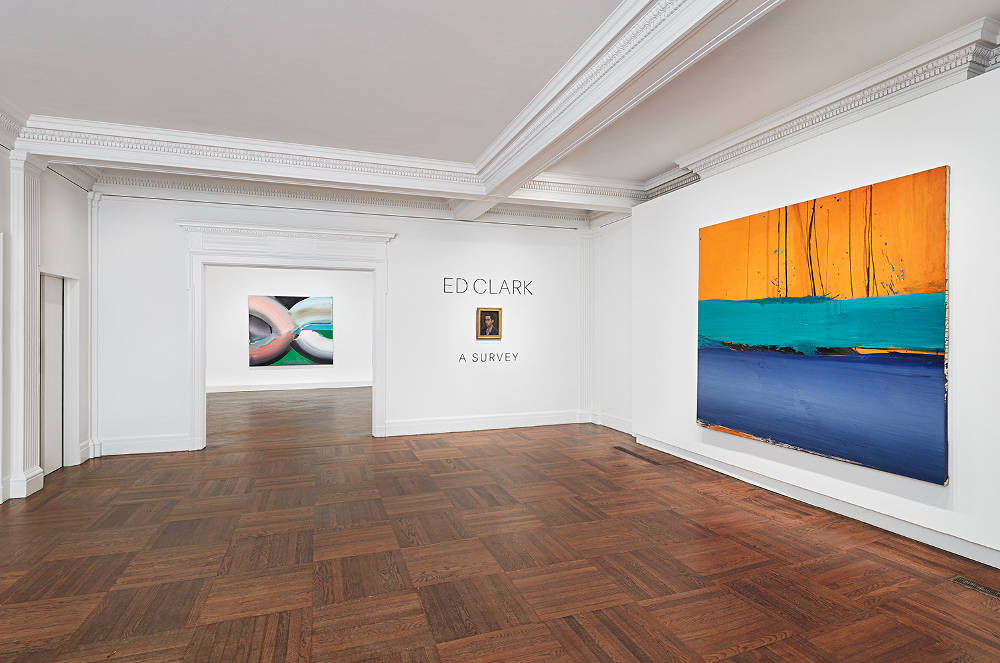 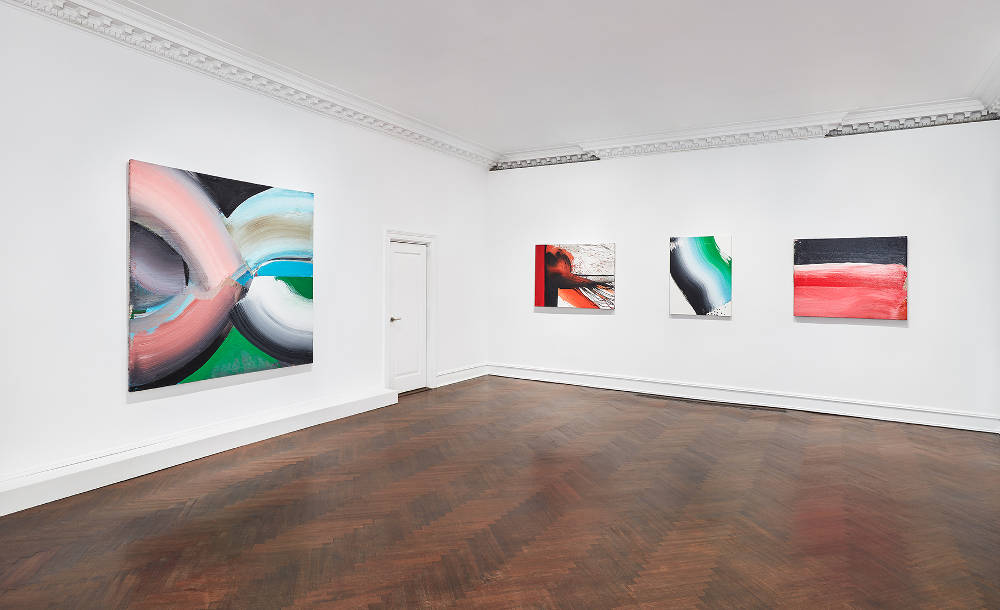 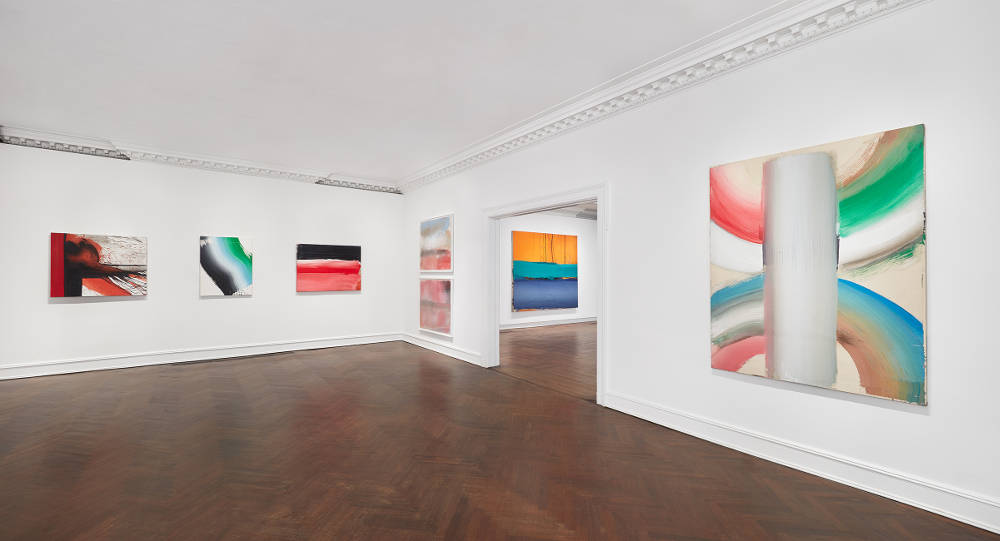 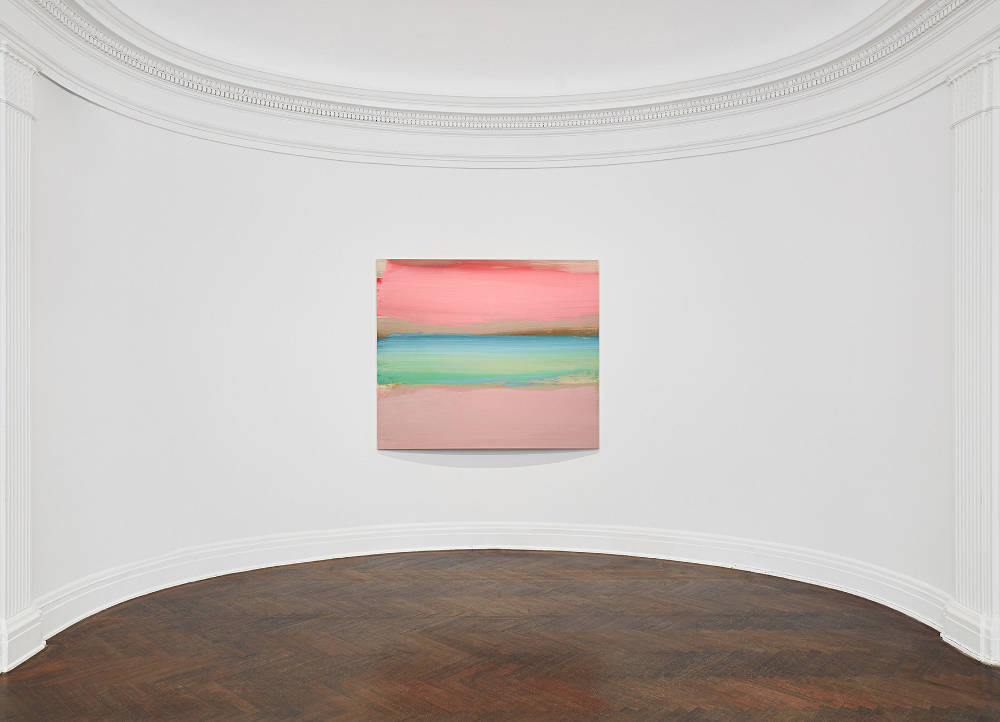 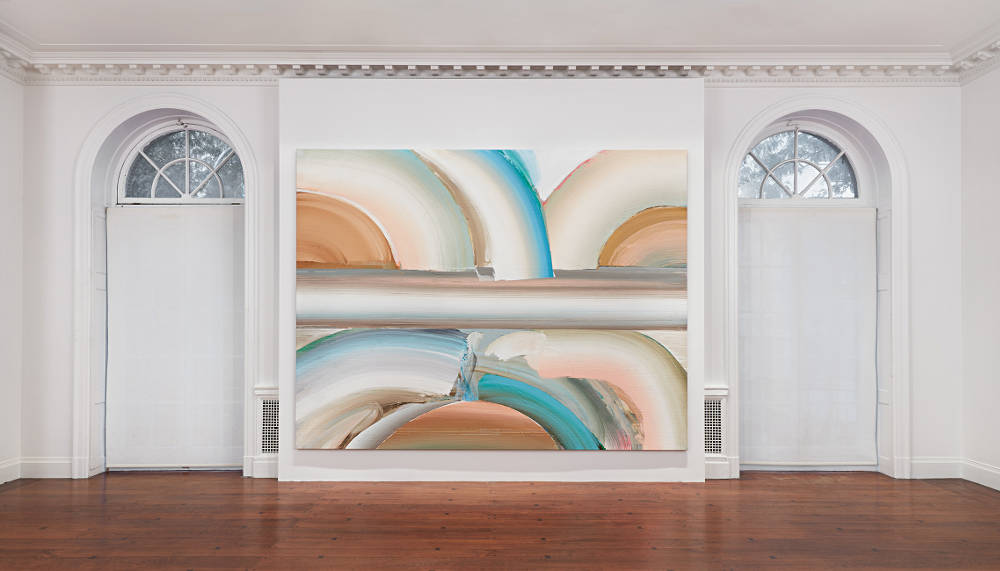 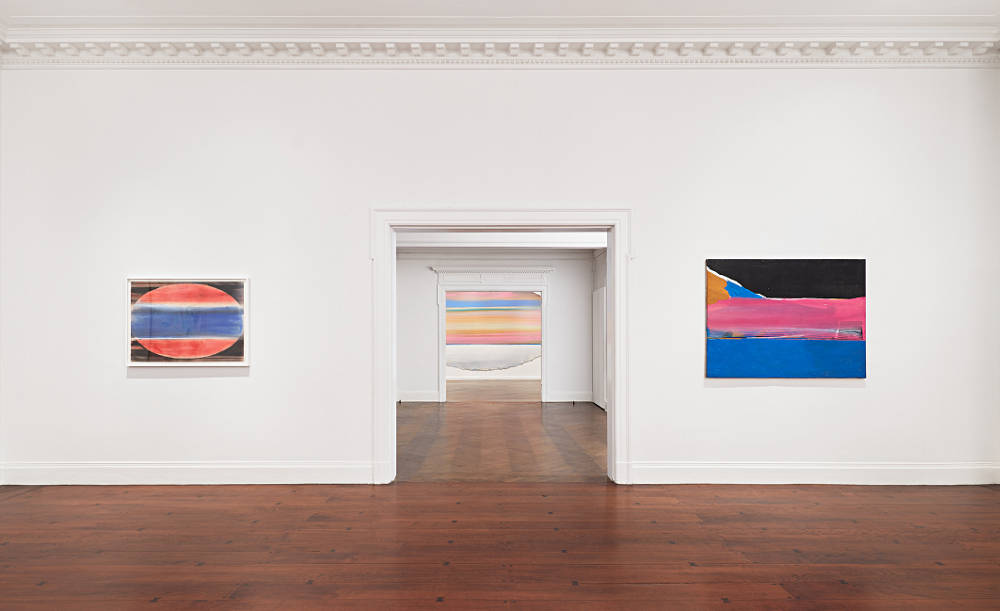 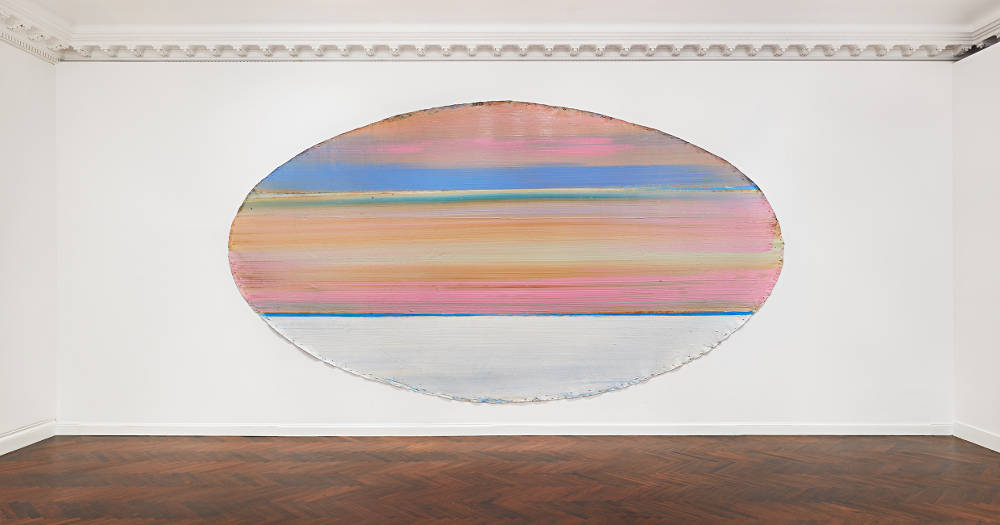 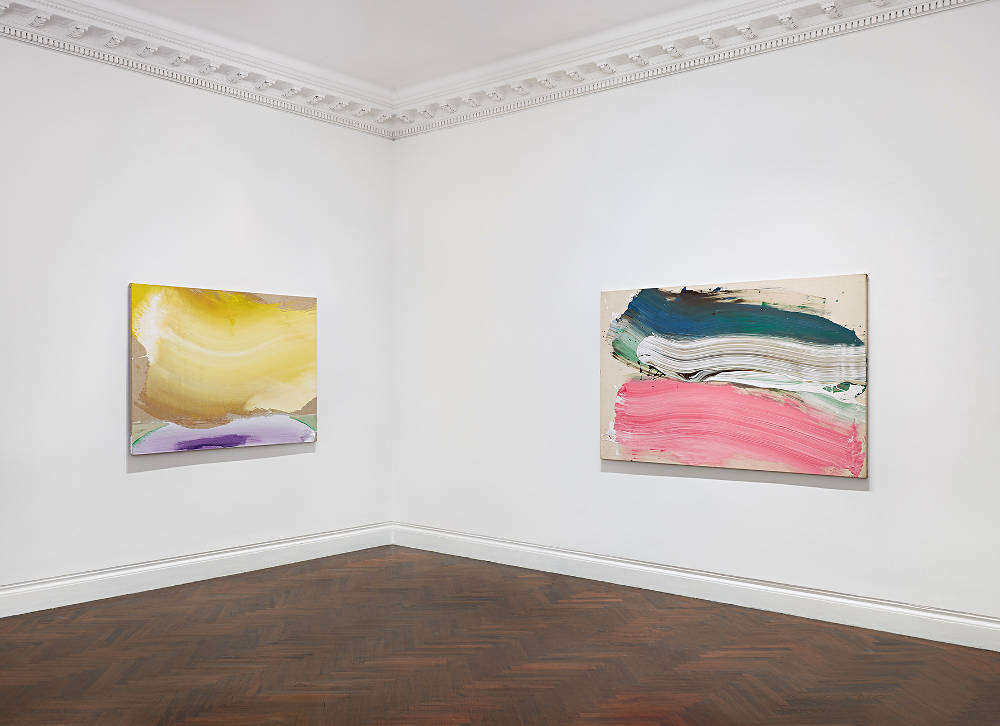 Affiliated with Abstract Expressionism, Ed Clark has continued to reinvent his unique abstract language over a sixty-year career. He is credited with being the first artist to exhibit a shaped canvas in the United States in 1957, a landmark innovation that profoundly expanded the possibilities of contemporary painting. He is also recognized for his signature process of creating paintings on the floor using a push broom, a radical gesture that transforms a humble symbol of menial labor into a tool of pure abstraction and high art. With these singular achievements, Clark established himself as a pioneer of abstract painting during a period when African-American artists were expected by many to create figurative work.

Born in New Orleans in 1926 and raised in Chicago after 1933, Clark went on to study at the Art Institute of Chicago (1947-51) and L’Academie de la Grande Chaumiere in Paris (1952). Clark continued to live and work in Paris after the Academy, working alongside fellow ex-pat artists such as Sam Francis and Joan Mitchell. It was there that he delved permanently into abstraction, creating his first mature body of work; he explains that during this period, “I began to believe, from my conversations with other artists, that the real truth is in the stroke. For me, it is large, bold strokes that do not refer distinctly to seen nature. The paint is the subject. The motions of the strokes give the work life.”(1) He has cited Paul Cézanne, Willem de Kooning, and, above all, Nicolas de Staël, as his greatest influences. In 1956, seeking a method of creating powerful, swiftly executed broad strokes, he developed his signature style of painting with a broom on a canvas laid horizontal on the floor, introducing a dimension of physicality and spontaneity to his process.(2) Clark would continue experimenting with this method for the rest of his career to new effects, trading in his traditional broom for a short-handled push broom shortly thereafter, and at times also employing rollers, rags, and his own hands to apply paint and dry pigment to his canvases.

Upon relocating to New York in 1957, Clark became a charter member of the Brata Gallery, one of a number of artist cooperative galleries on East 10th Street. Later that year, he exhibited there a shaped canvas, which has been widely documented as being the first shaped painting exhibited in the United States. A similar shaped canvas from that period, Untitled, 1957, is now in the collection of the Art Institute of Chicago.

After nine years in New York, Clark returned to France, where he spent time working in Paris as well as in Vétheuil, at Joan Mitchell’s country home. It was there, in 1968, that he inaugurated his series of oval paintings. The oval motif—both as a shaped painting and as an elliptical composition on a rectangular ground—would dominate his work for the next ten years. He has explained: “I began to feel something was wrong. Our eyes don’t see in rectangles. I was interested in an expanding image, and the best way to expand an image is the oval or ellipse. It seemed to me that the oval as a natural shape could best express movement extended beyond the limits of the canvas.”(3) Clark’s first oval painting, The Big Egg, 1968, was acquired by the Smithsonian National Museum of African American History and Culture in 2013.

In 1971, Clark visited the summer home of fellow artist Jack Whitten in Crete. Noting the profound effect of a new light and landscape on his palette and imagery, Clark went on to travel the world over the following decades, seeking to capture the energy and atmosphere of different locales. From 1980 through 2015, he spent winters in New York and summers in Paris, while taking working trips to Ife, Nigeria; Yucatan, Mexico; Bahia, Brazil; Brittany, France; and Morocco, among other destinations.

Clark’s works are in the collections of the Art Institute of Chicago; the Museum of Modern Art, New York; the Studio Museum in Harlem, New York; and the Detroit Institute of the Arts, among other institutions. His paintings can currently be seen in the traveling exhibition, Soul of a Nation: Art in the Age of Black Power, on view at the Brooklyn Museum from September 13 through February 3, 2019, and in The Long Run, on view at the Museum of Modern Art, New York, from November 11, 2017 through November 4, 2018.