‘De Chirico repeated the same images throughout his life. I believe he did it not only because people and dealers asked him to do it, but because he liked it and viewed repetition as a way of expressing himself. This is probably what we have in common’
– Andy Warhol

Omer Tiroche Gallery presents the exhibition Eat, Sleep, Paint, Repeat, which examines the role of repetition in the work of eleven leading modern and contemporary artists. The exhibition aims to highlight the various strands of repetition that exist in these different artists’ work throughout a period of 70 years, who worked within traditions of Geometric Abstraction, Pop Art, and Op Art, among others. 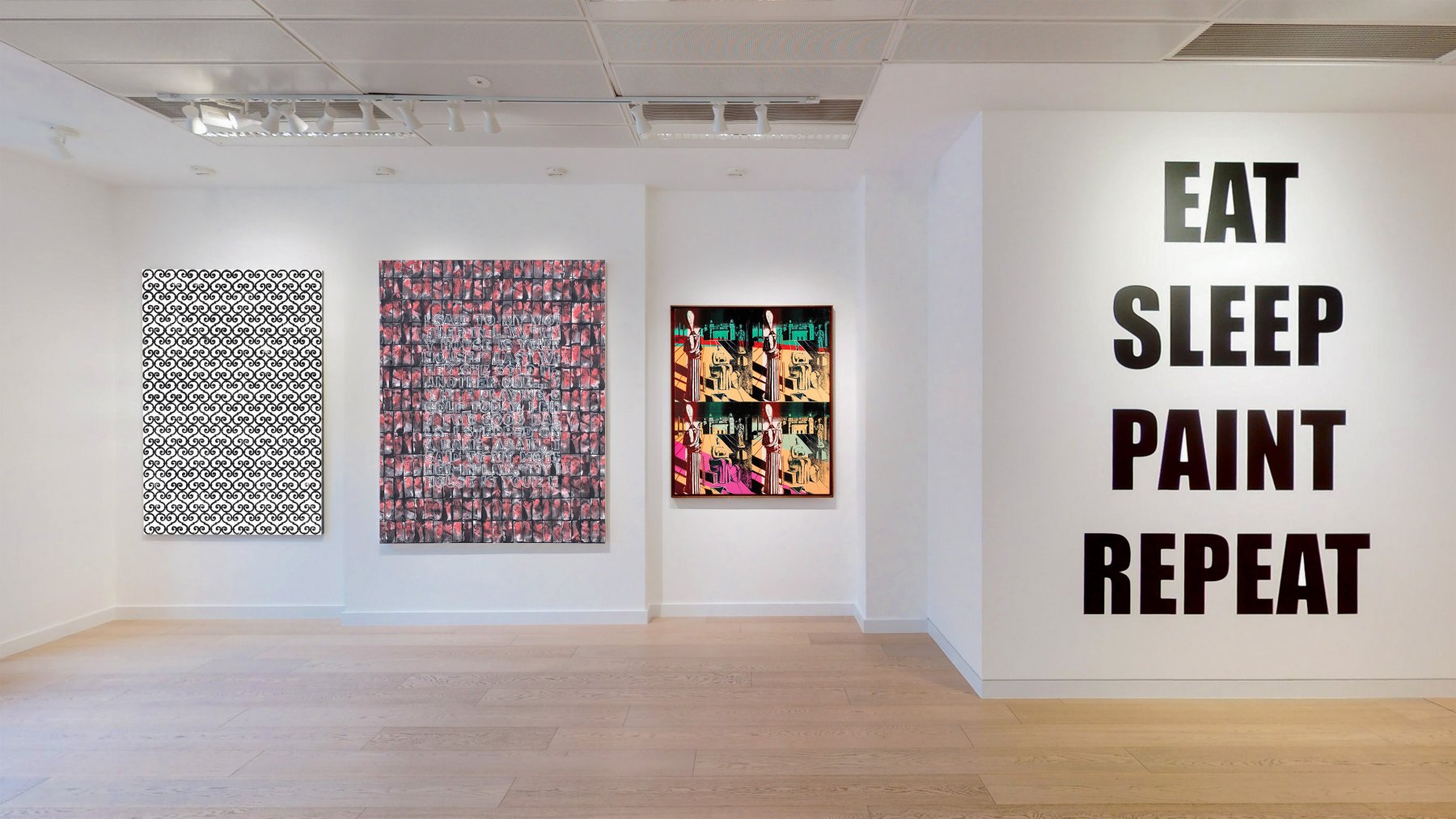 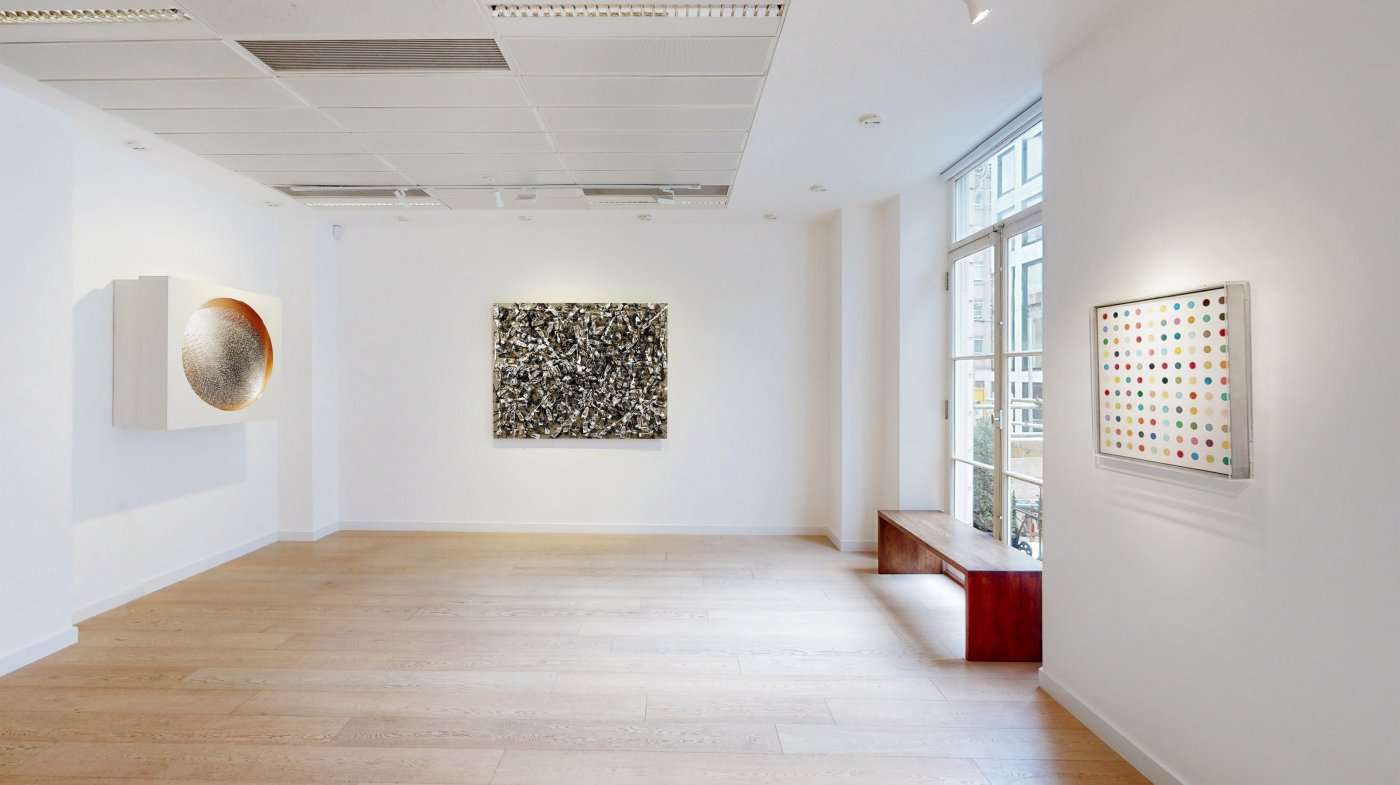 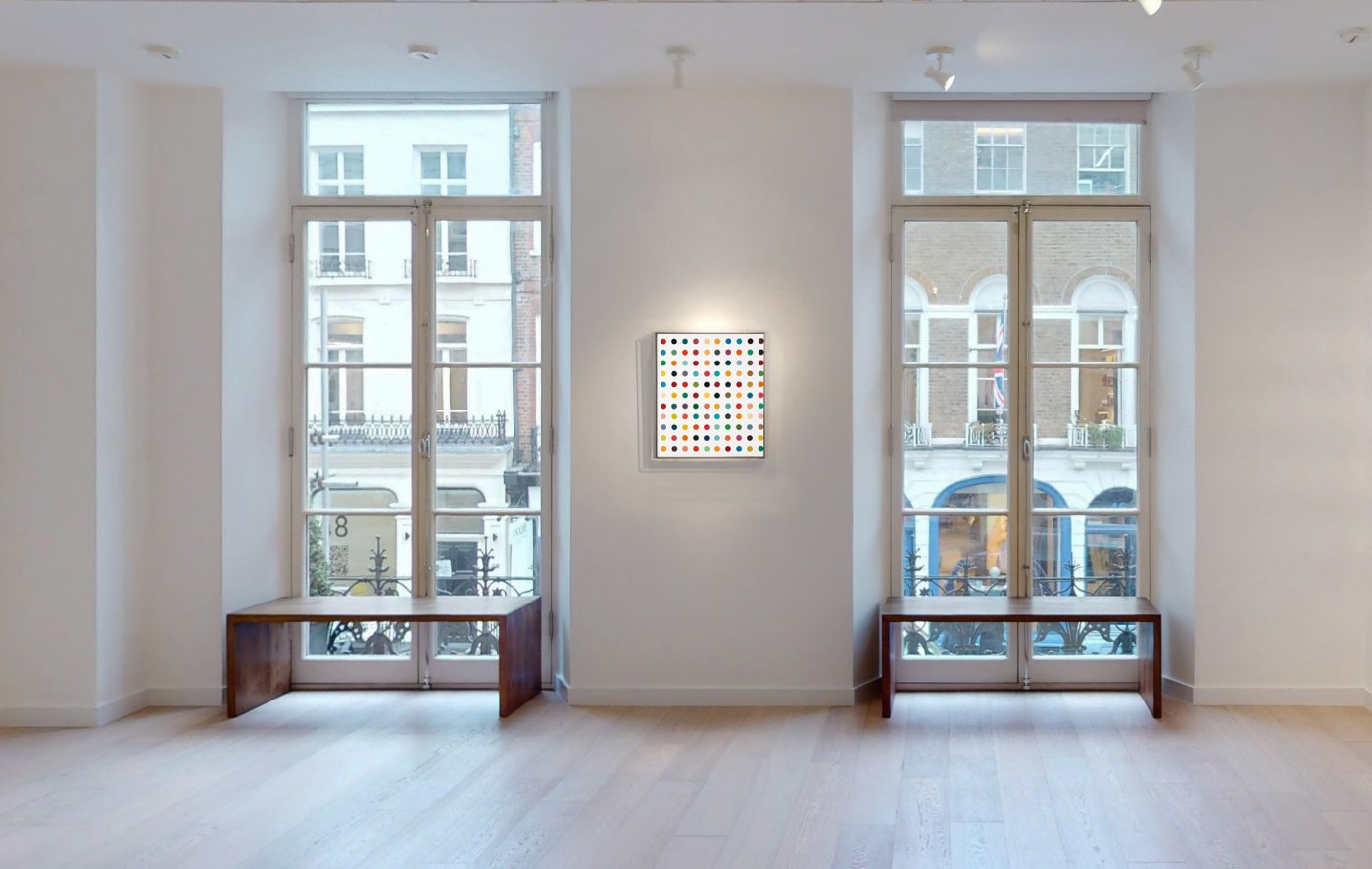 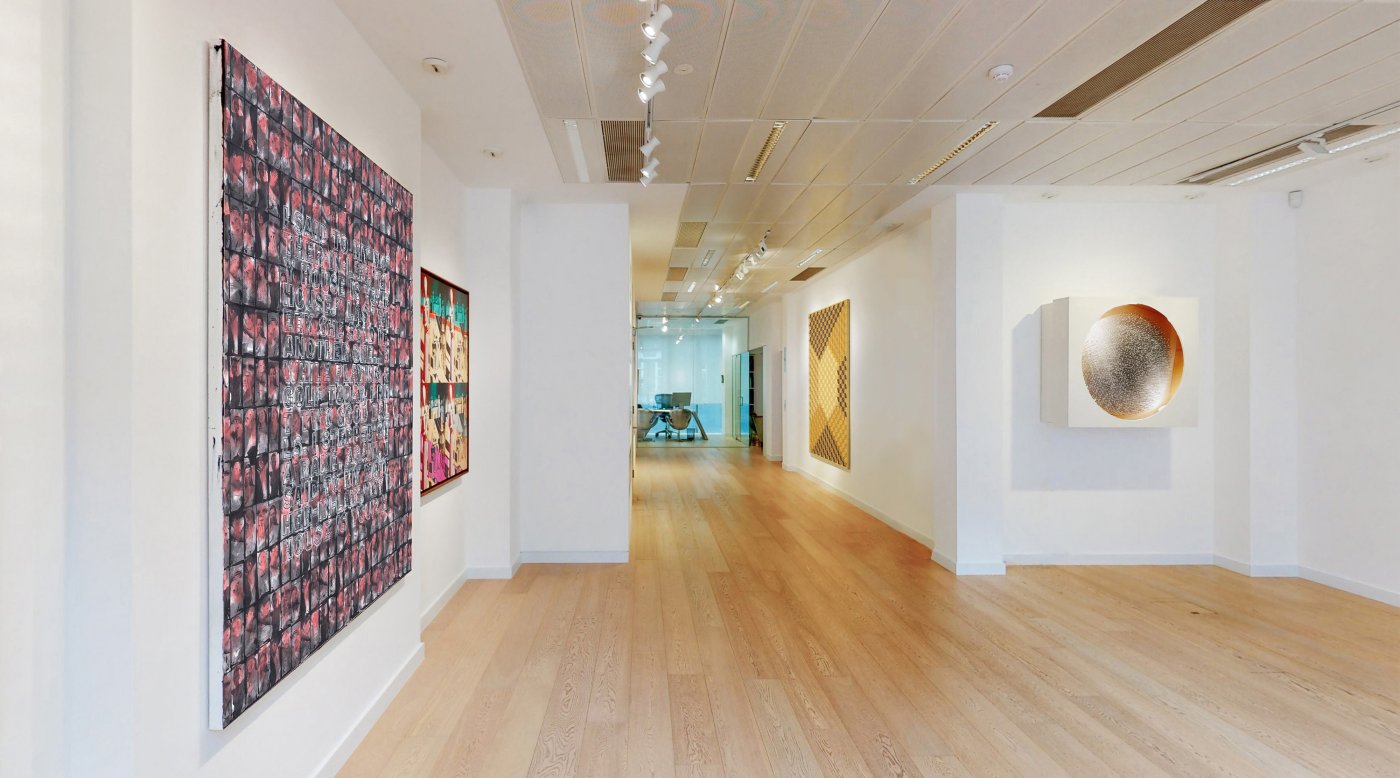 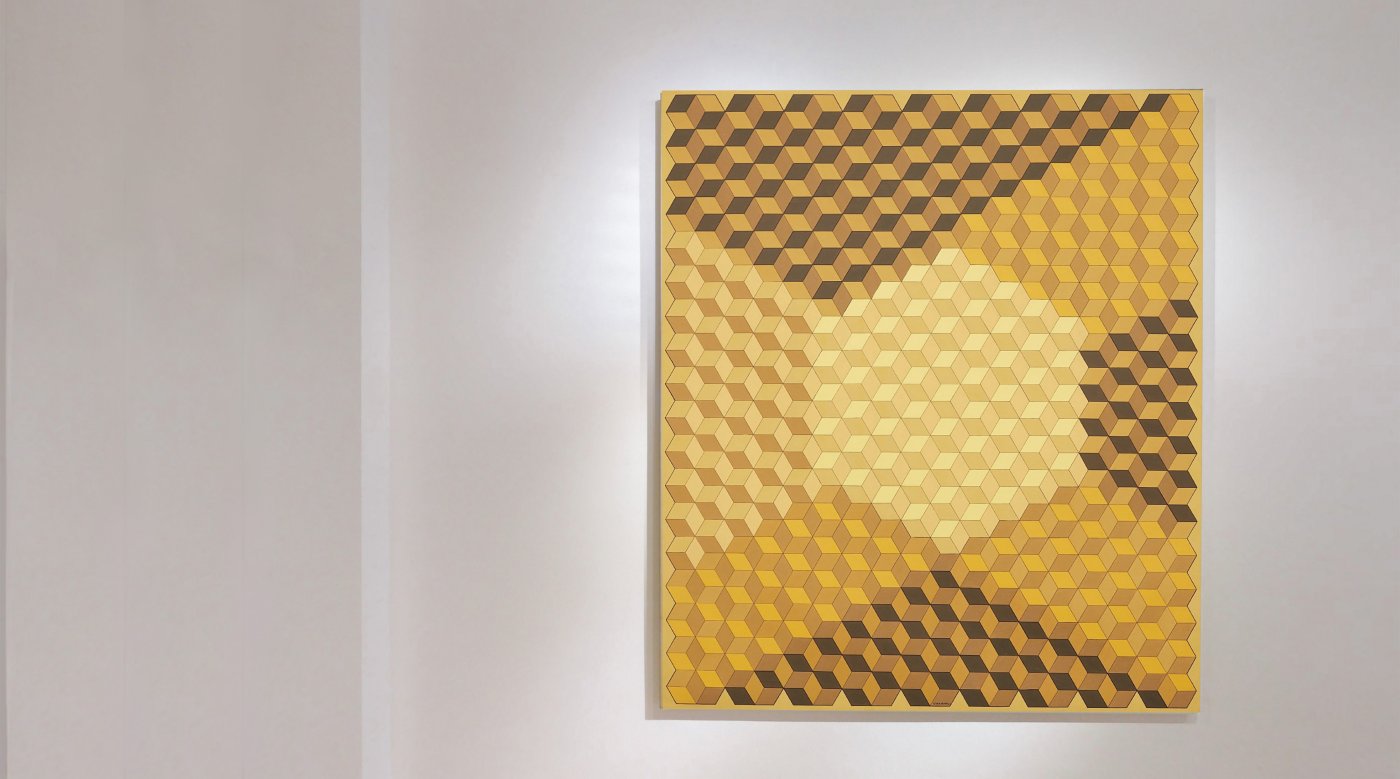 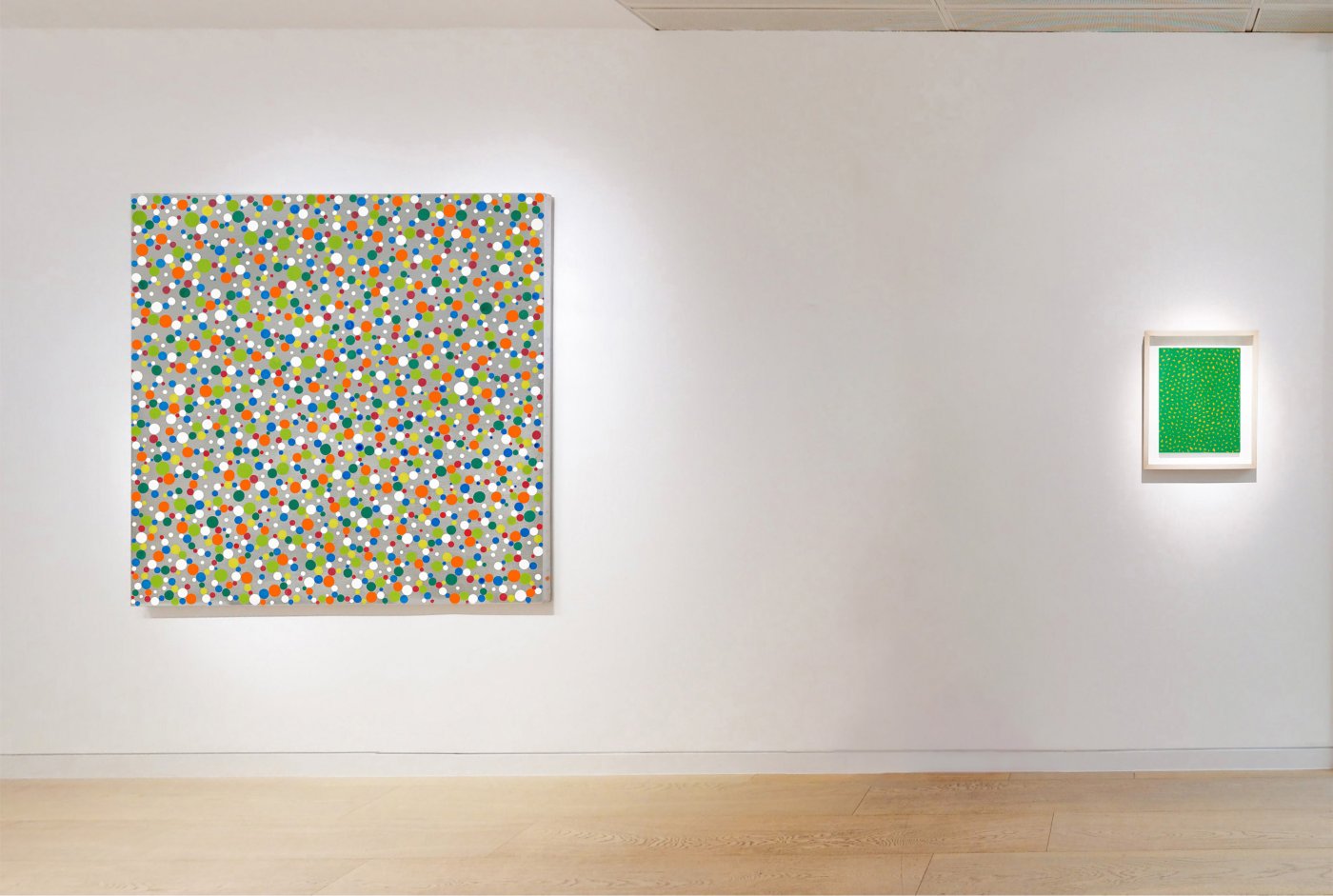 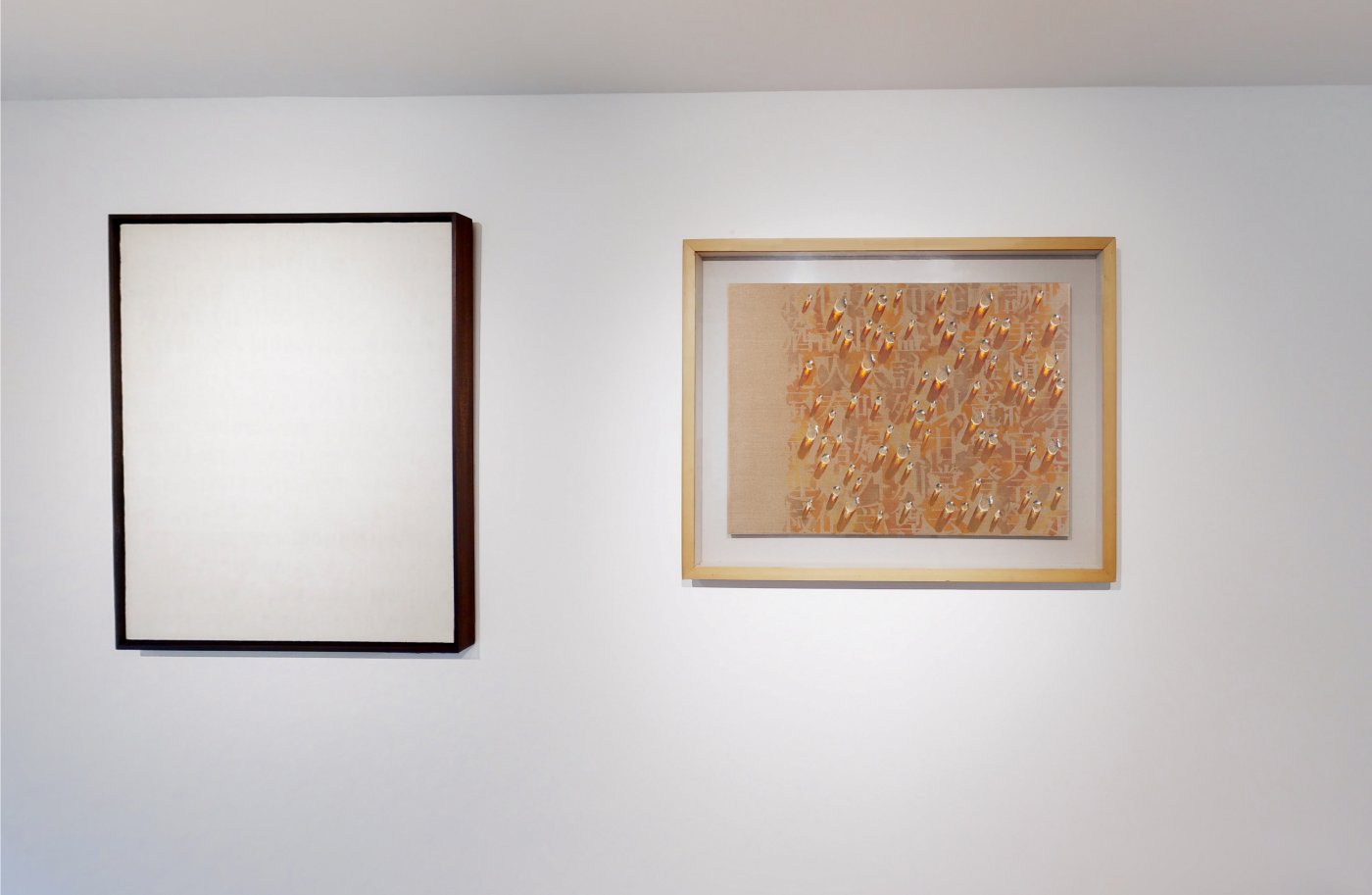 With the dawn of the Industrial Revolution, the concept of mass production – identical items being produced through the repeated actions of machines, and later, human beings working on an assembly line – became part of the collective understanding for the first time. This fundamentally changed how society thought about creation. In the survey presented, we see artists from different contexts responding to the question of how repetition, both as an action, and as a product, affects the world of art.

A reflection on repetition in art would be incomplete without looking at the work of Andy Warhol, iconic for his exploration of originality in his use of images and printing methods. The Disquieting Muses (after de Chirico), 1982 repeats the famous work by Giorgio De Chirico four times in a grid across the canvas. The two artists share a kinship through their career-long interest in repetition, something which particularly struck Warhol when he saw an exhibition catalogue depicting 18 slightly different versions De Chirico produced of The Disquieting Muses between 1945-1962. Warhol created four versions of this work, adding a new layer of meaning to De Chirico’s original work, and building on the theme he first started.

Christopher Wool’s untitled work from 1987 embodies repetition as an image and an action. Using patterned rubber stamps, Wool manipulates this mechanical technique of creating decorative surfaces and elevates it to high art. The single motif is repeated across the commercially primed aluminium support, creating what looks like an ironwork fence, but is removed from its context. Repetition is used as a means to abstraction, and shows how the seemingly every-day object can be transformed into artistic expression.

This idea is also seen in the works of American-French artist Arman, whose assemblages bring together mass-produced paint tubes and brushes onto the canvas, elevating them to artworks themselves. In a different way, mechanical reproduction is positioned in Damien Hirst’s work Arg-Arg-Lys Ala-Ser-Gly-Pro, 1994 as a counter point to artistic expression. This early example of Hirst’s iconic spot paintings exemplifies order in the grid-like structure of the composition, but the use of different colours in the spots is illogical and disorienting, highlighting the artist’s hand behind the superficially automated composition.

The ability of repeated patterns and shapes to produce a hallucinatory effect is arguably best exemplified by Yayoi Kusama’s famous works. Nets, 1997 is part of her most renowned body of work – the Infinity Nets. These all-consuming paintings allowed Kusama to escape from the real world, creating what she has called a ‘self-obliterating’ effect.

Kim Tschang-Yeul, who spoke of his desire to extinguish ego through his work, centred his practice on a single motif – the drop of water. For Tschang-Yeul, the repetition of this image across five decades brought him a transcendence and peace from the horrors of the Korean war which he experienced as a young man.

Eat, Sleep, Paint, Repeat brings together diverse and influential artists who exemplify both the power of repetition to affect the viewer, and the multiplicity of those effects.