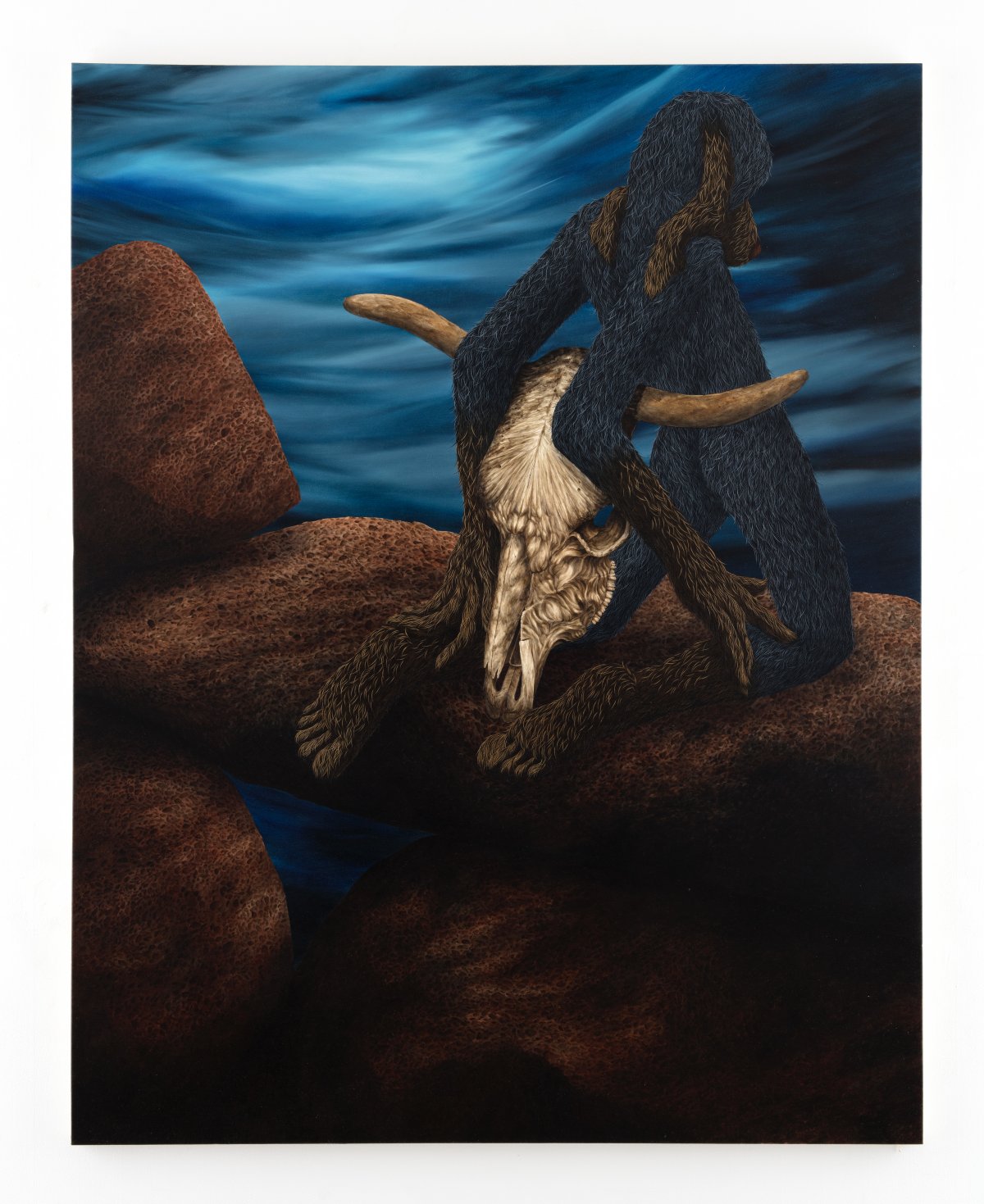 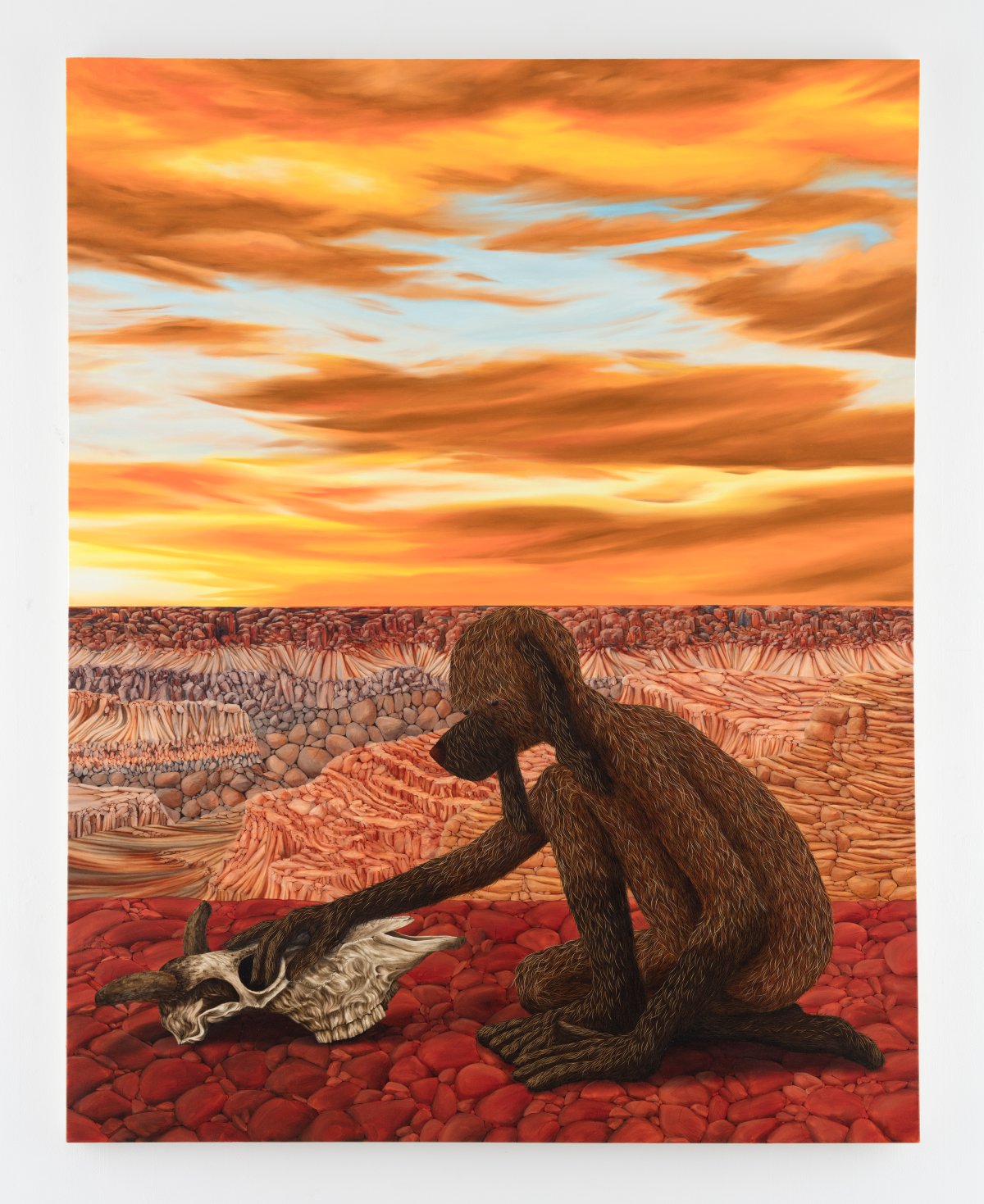 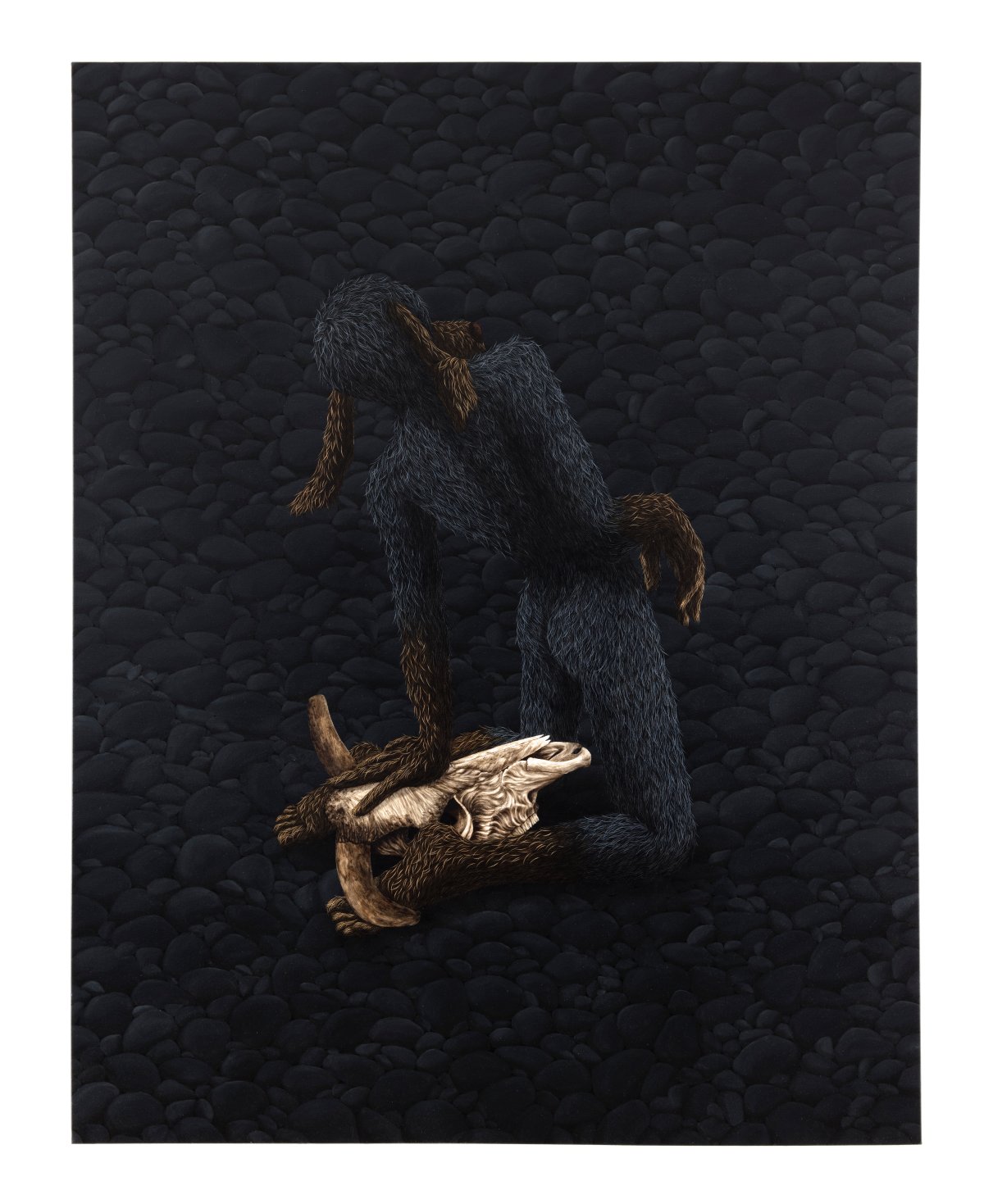 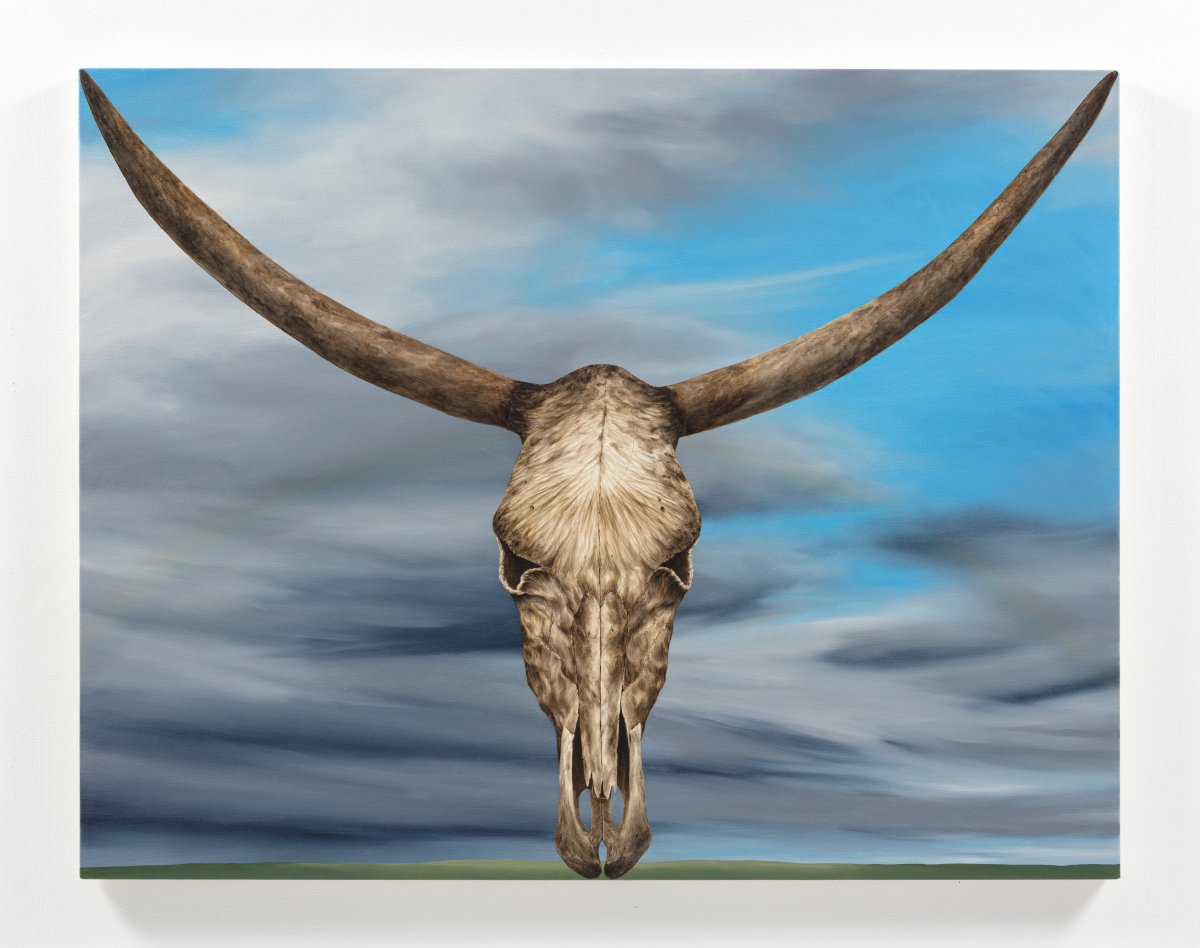 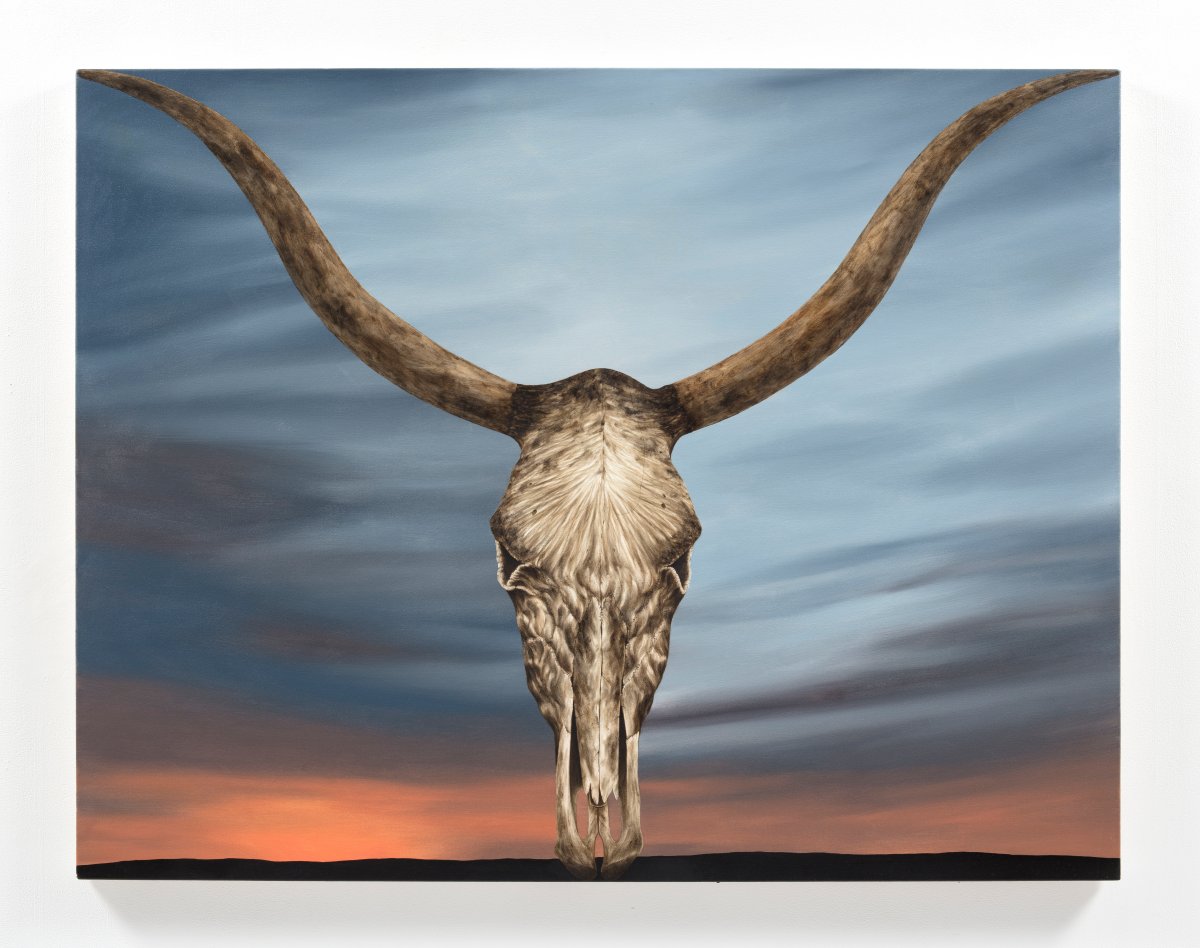 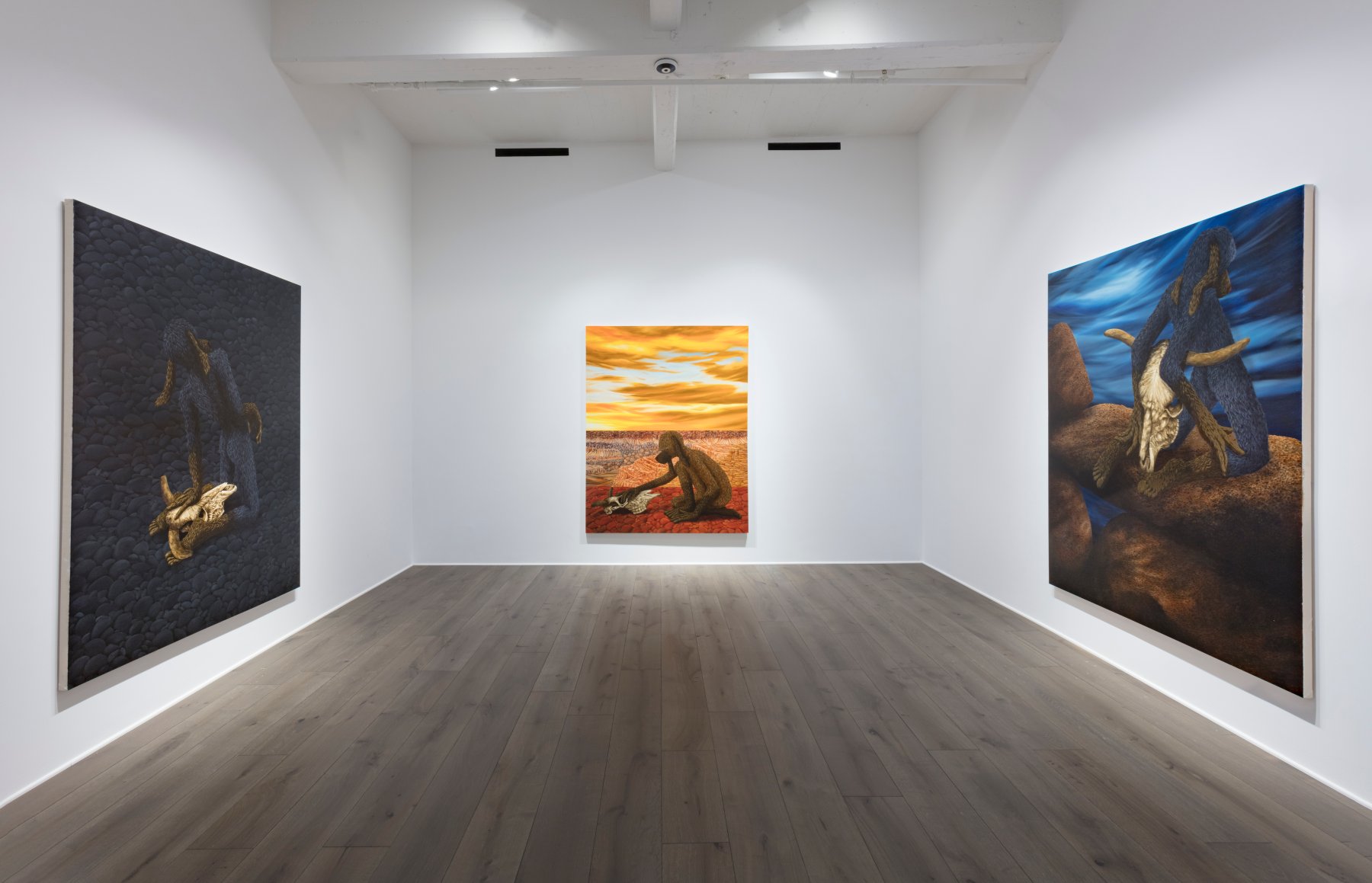 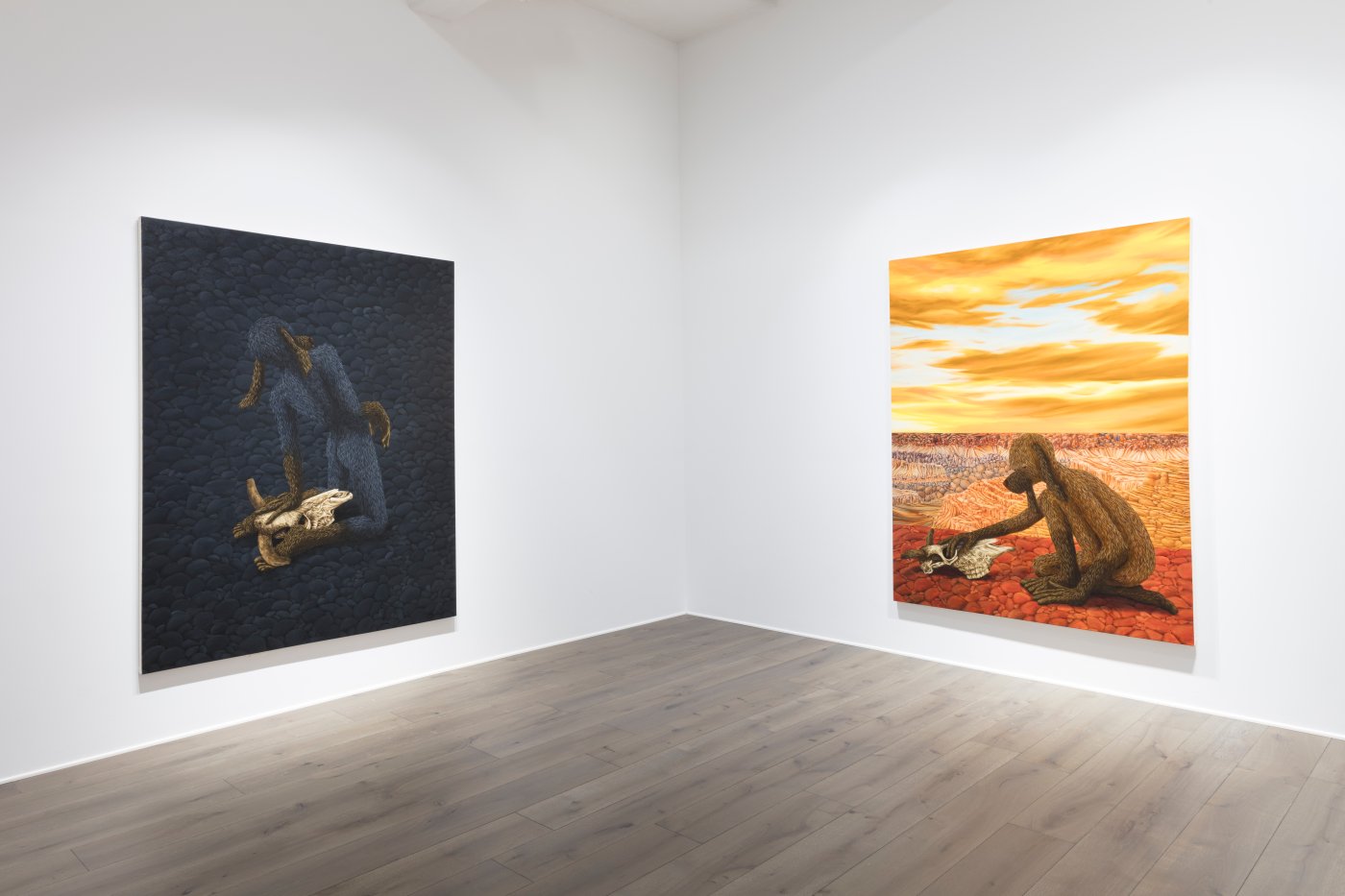 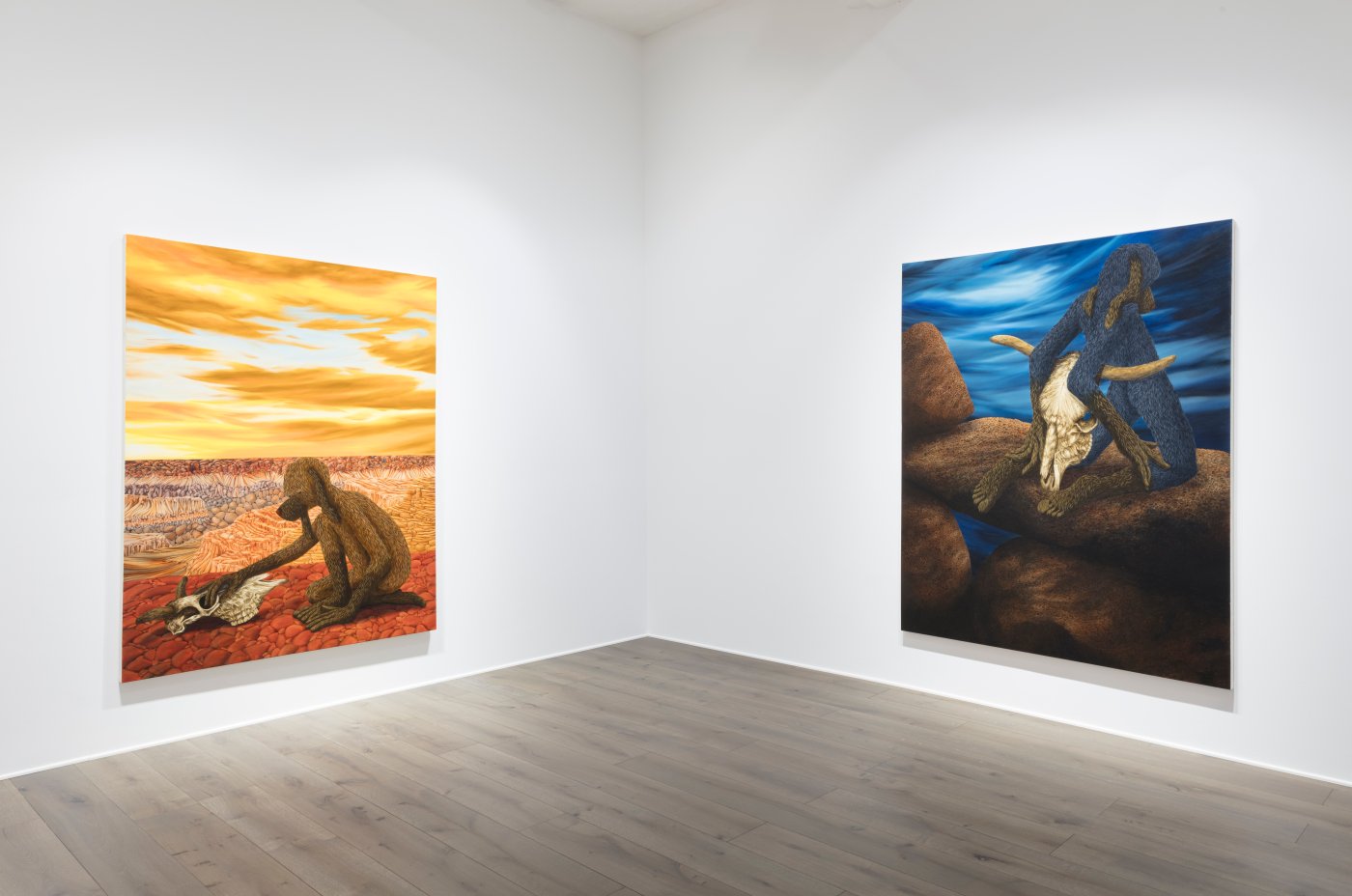 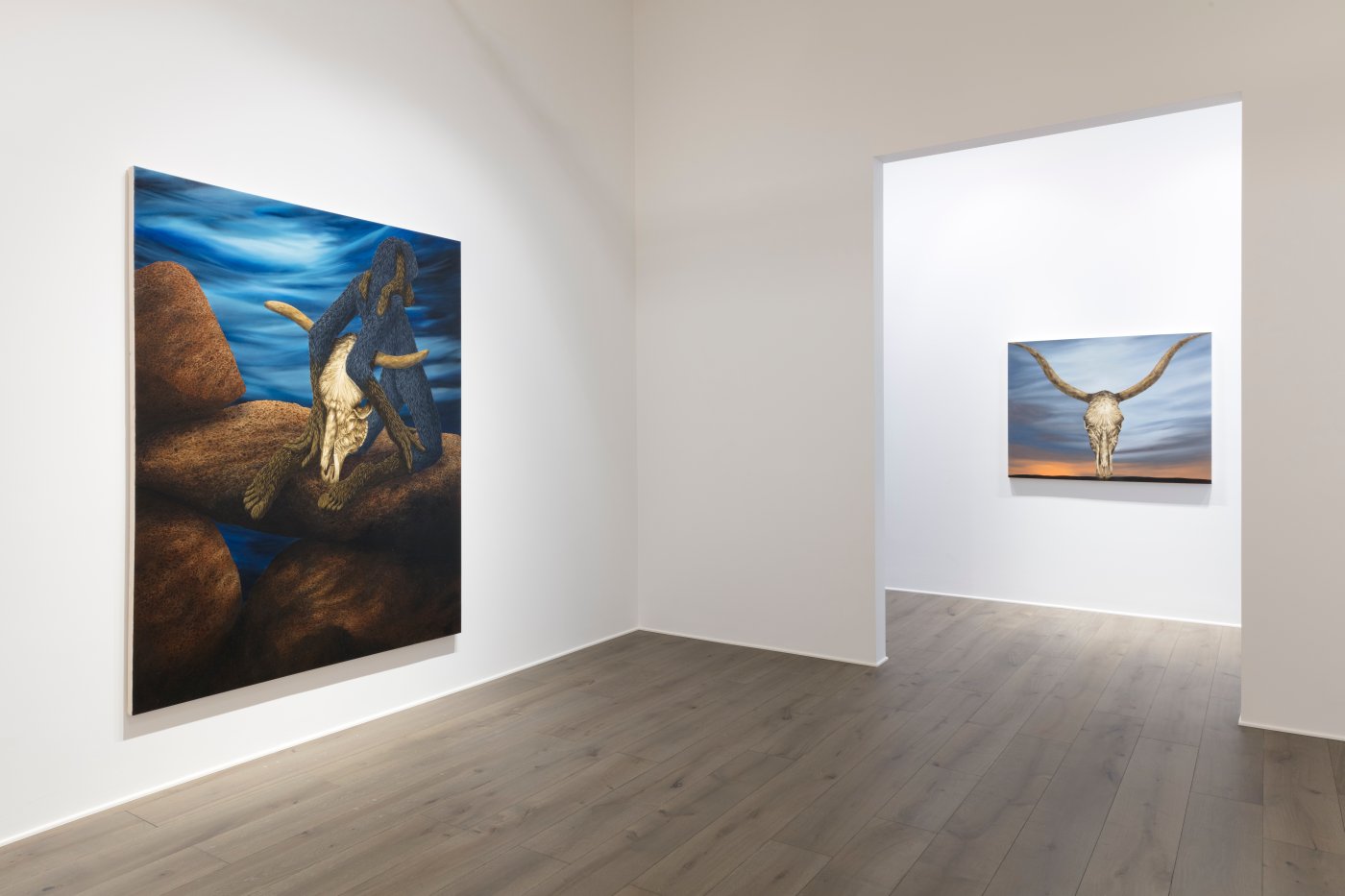 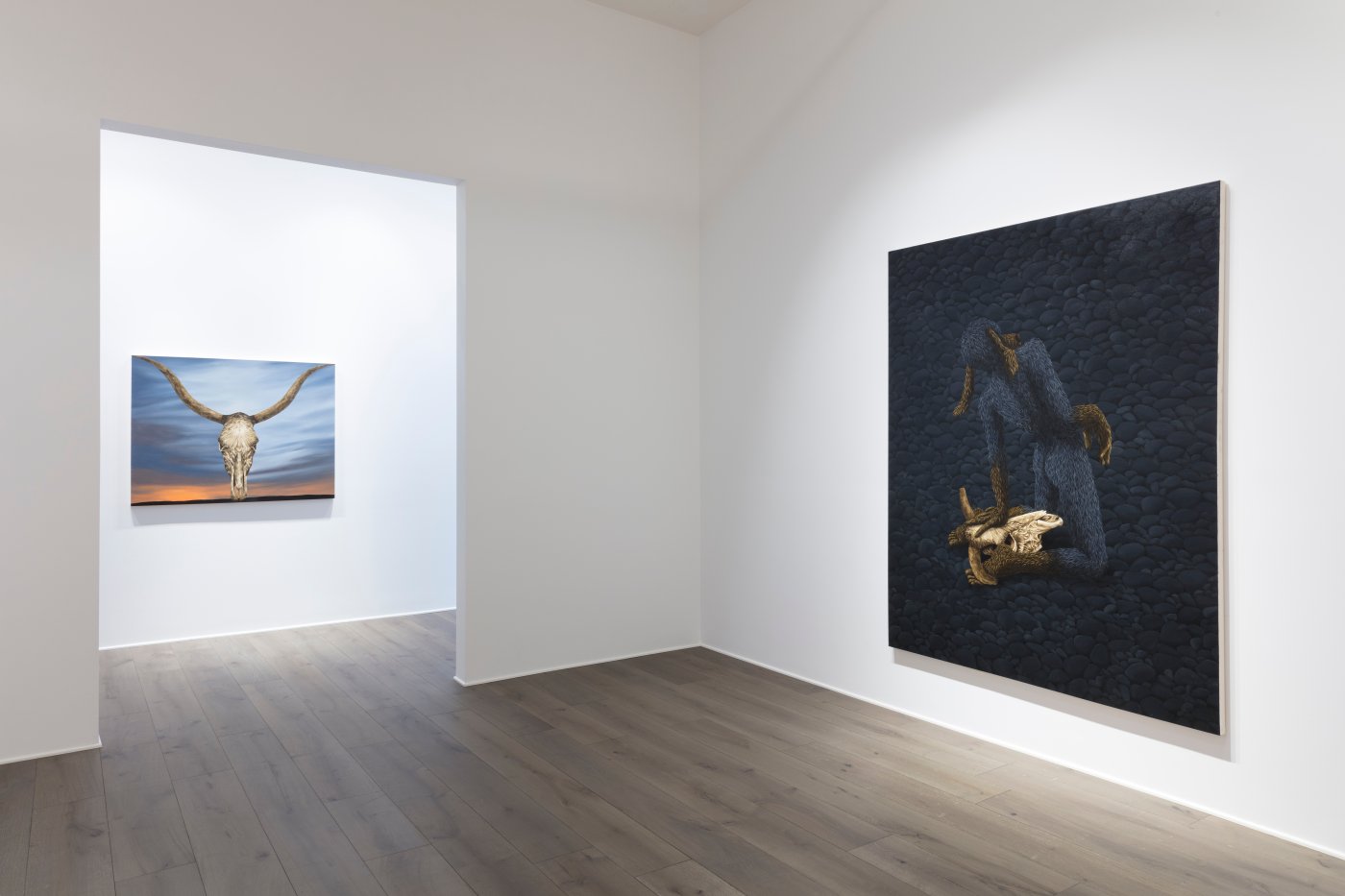 Dodge carefully applies lustrous brush strokes to transform a desert wasteland into a lush, majestic and spiritual setting that enables him to process the past and imagine a future in one scene. He hopes to create an environment rich with queer symbolism that suggests a sense of belonging and freedom. The animal skull that appears in each painting is a malleable symbol that offers different interpretations depending upon the setting within which it has been placed. According to Dodge, “the skull tantalizes the figures and encourages them to look inward to find the same core that the skull represents.”

Drew Dodge (born 2001, Monterey, California) earned a BFA from the Rhode Island School of Design (2022) and has exhibited his work since 2021 when he had his debut solo exhibition at Steve Turner, Los Angeles. Since then he has had a solo exhibition at L21, Palma and had work included in exhibitions at 1969 Gallery, New York; Eve Leibe, London; Untitled, Miami Beach (with Steve Turner) and The Armory Show, New York (with 1969 Gallery). Dodge lives and works in New York.