Dragoș Bădiță: Some are Born to Sweet Delight

Dragoș Bădiță: Some are Born to Sweet Delight

Anca Poterasu Gallery presents ”Some are Born to Sweet Delight”, an exhibition of new work by Dragoș Bădiță. For his 2nd solo show at the gallery, the artist touches on themes of alienation and longing, the possibility of a return to innocence and personal attachments. 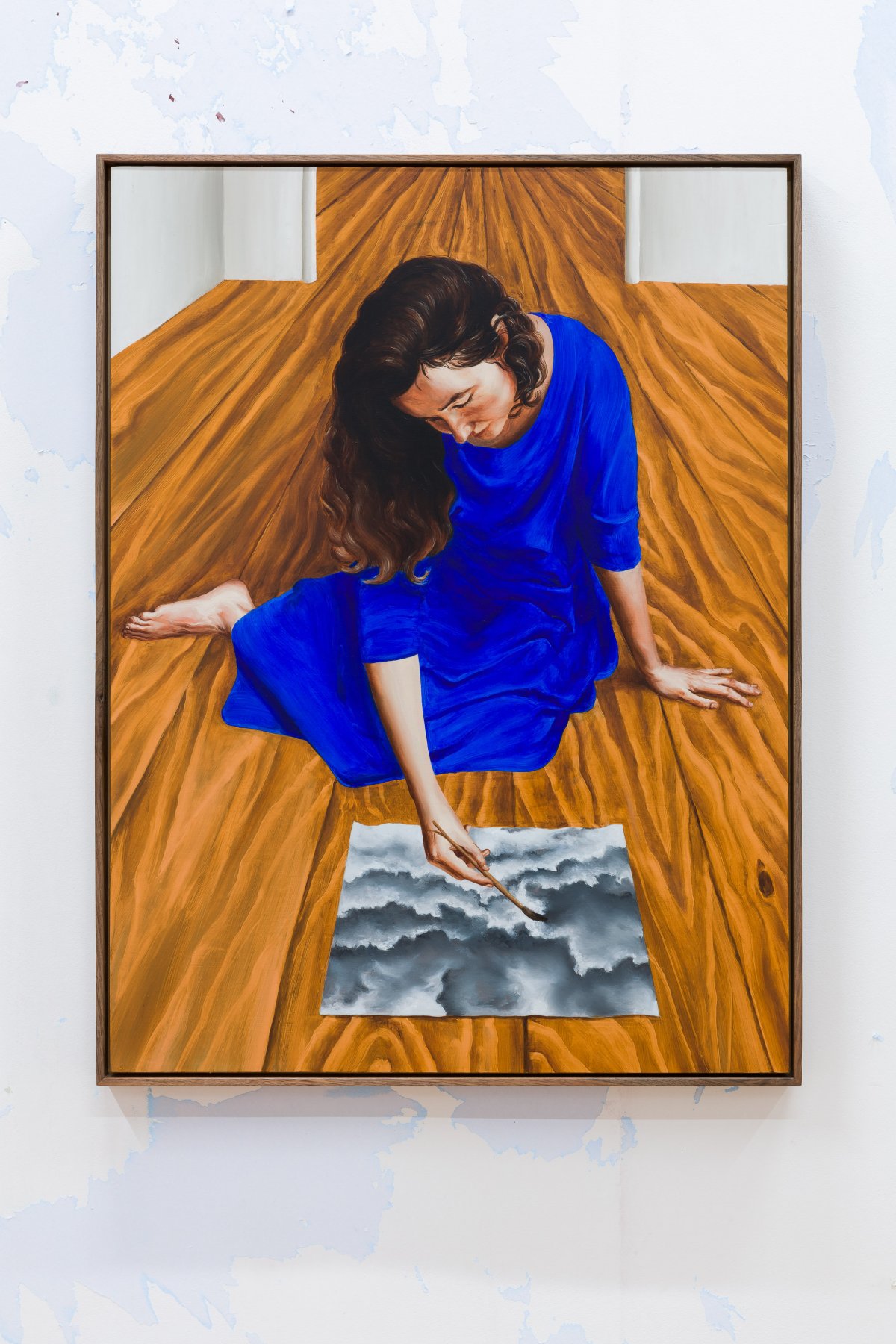 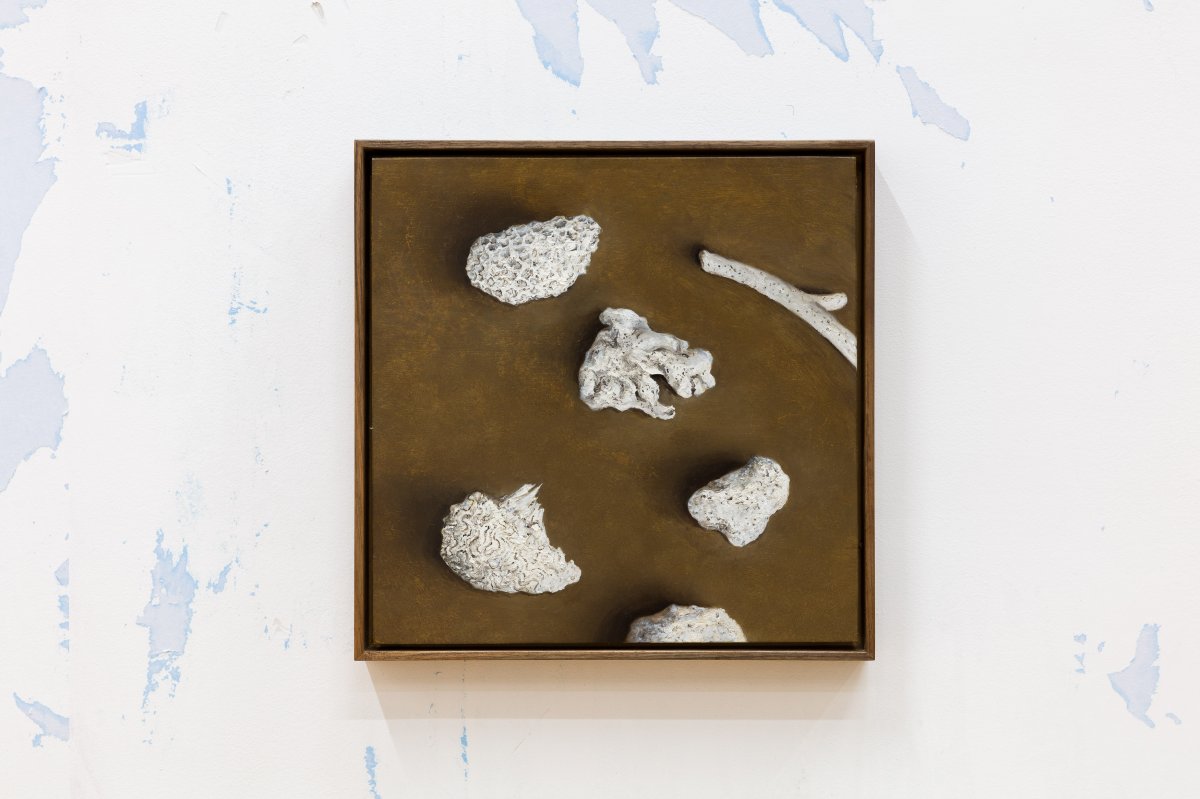 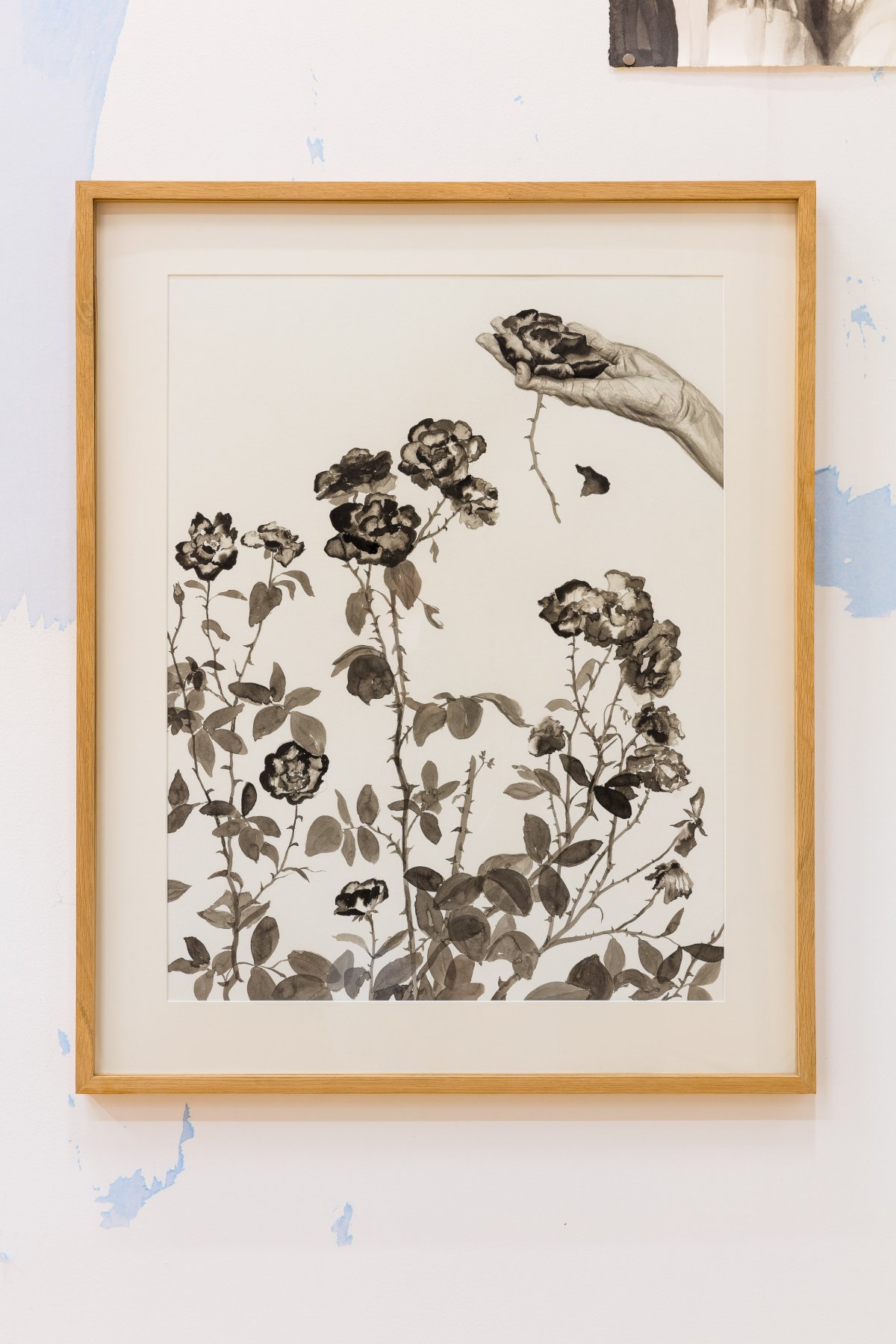 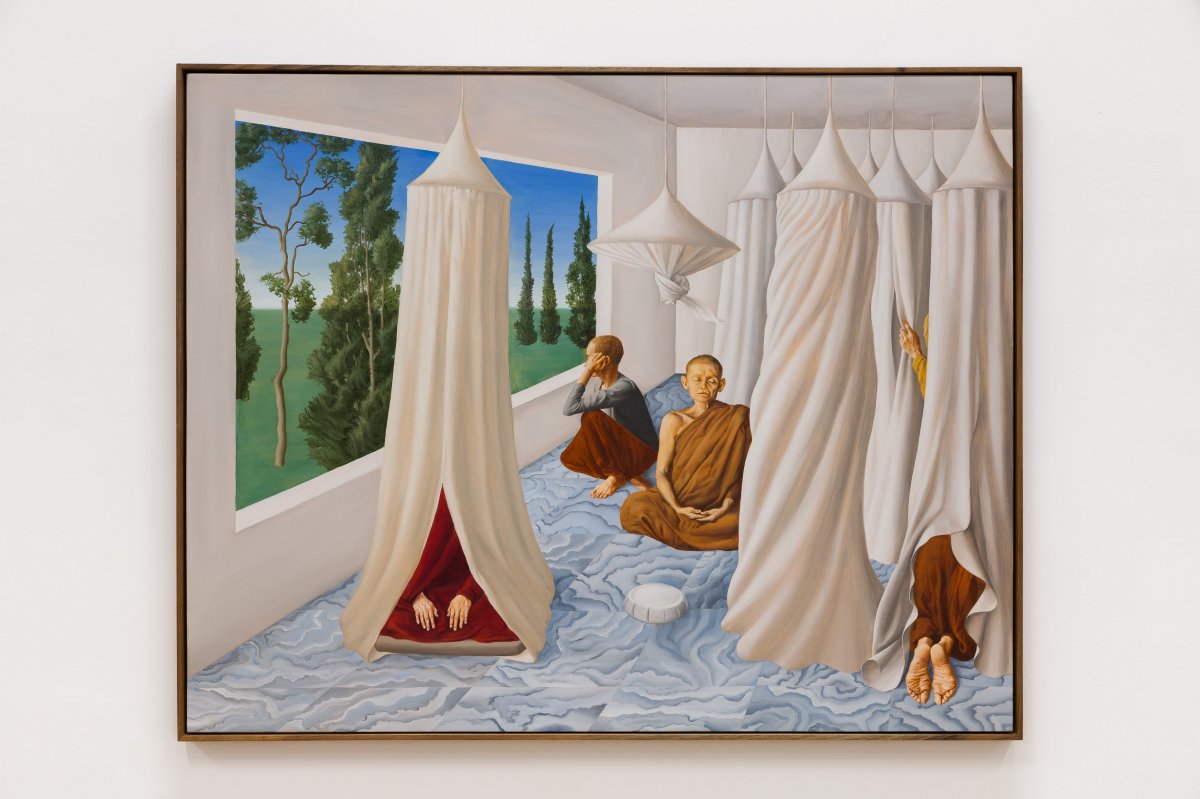 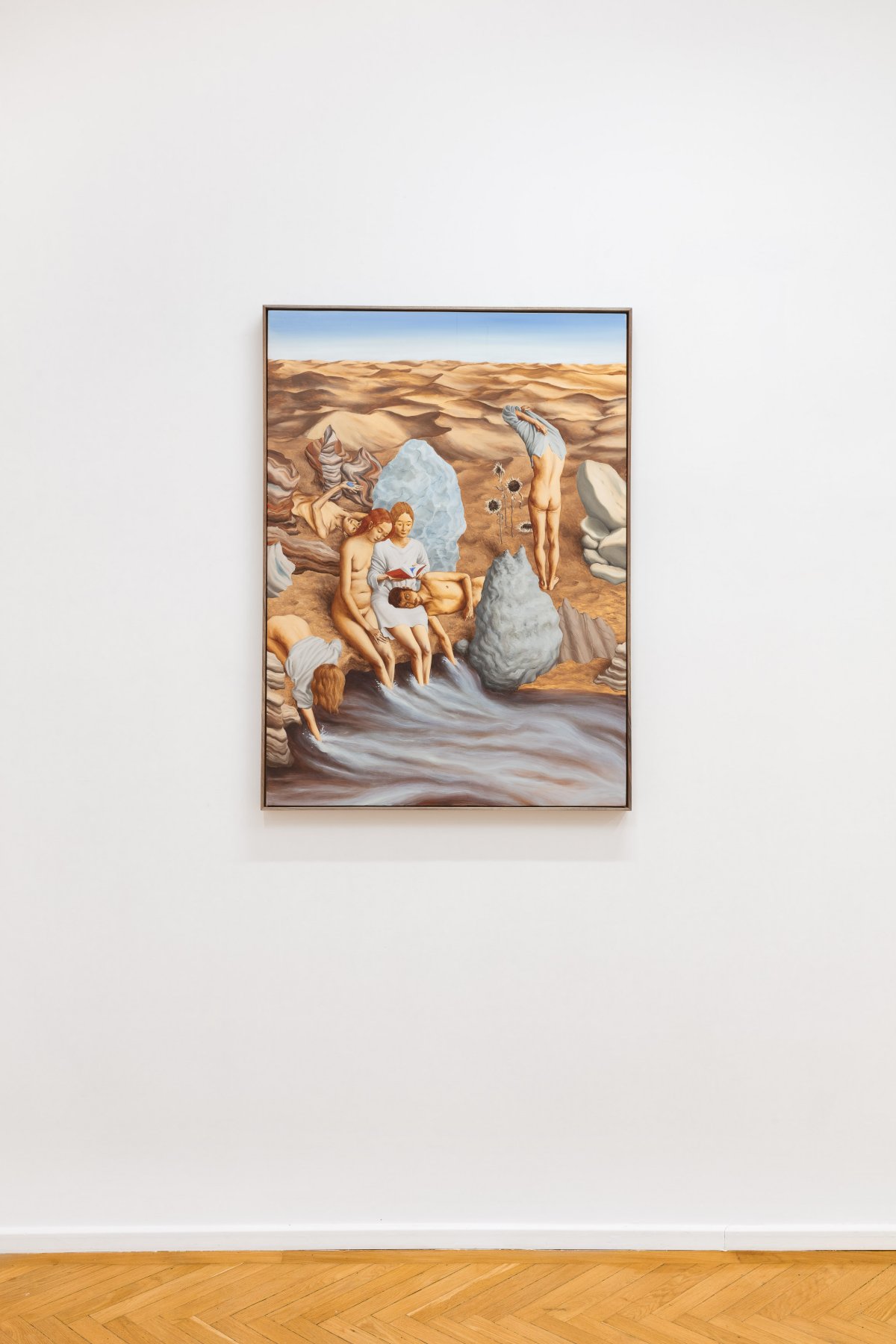 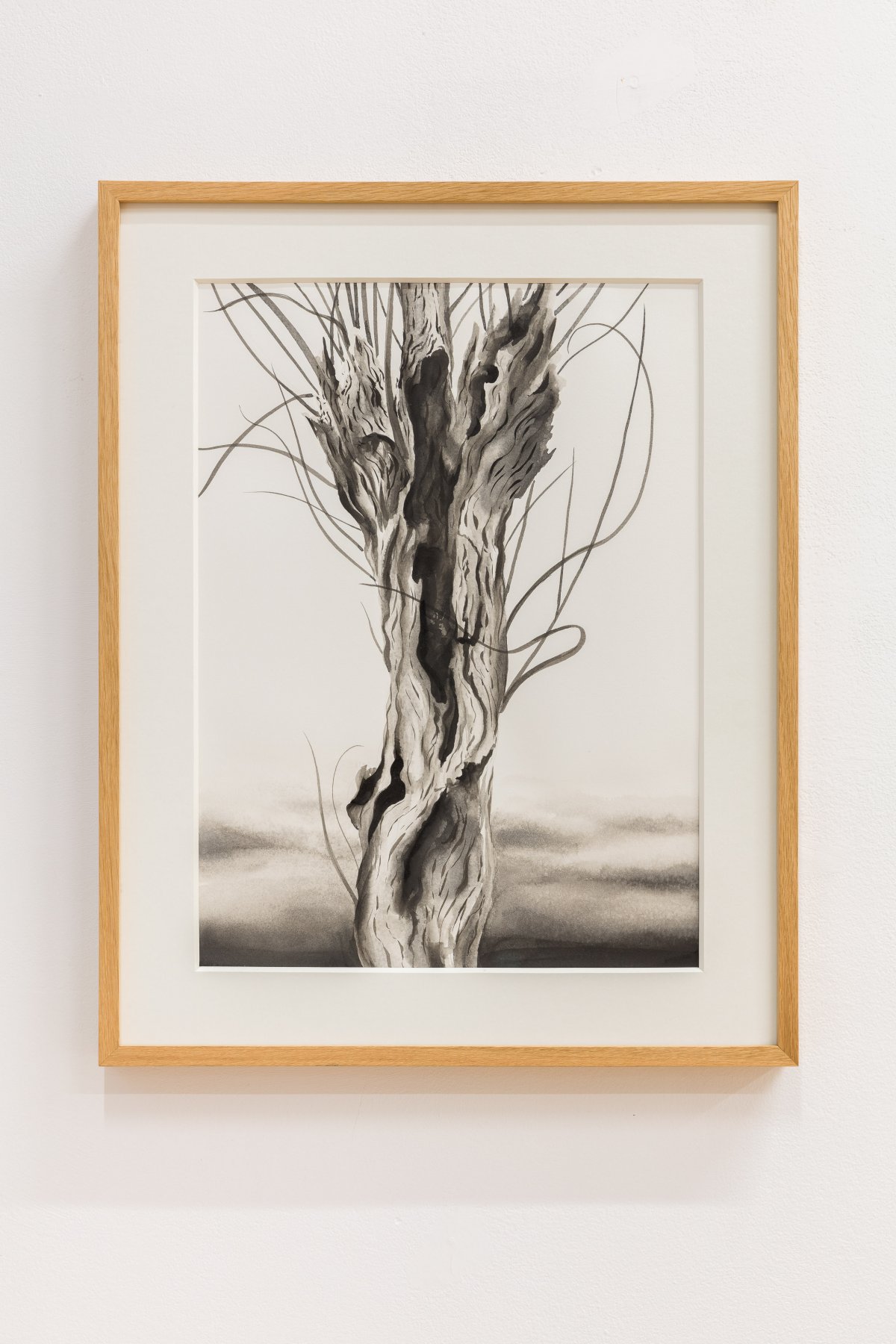 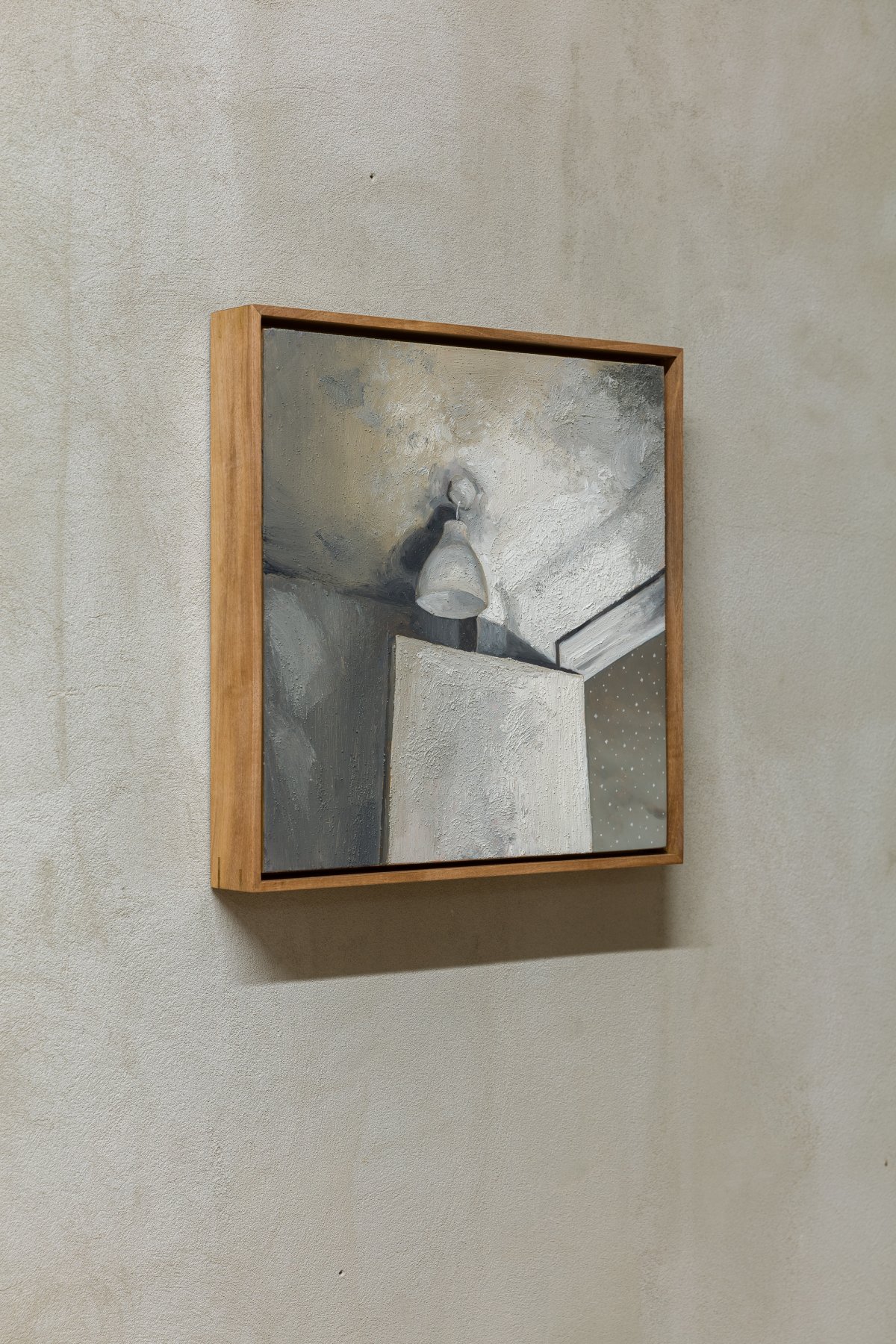 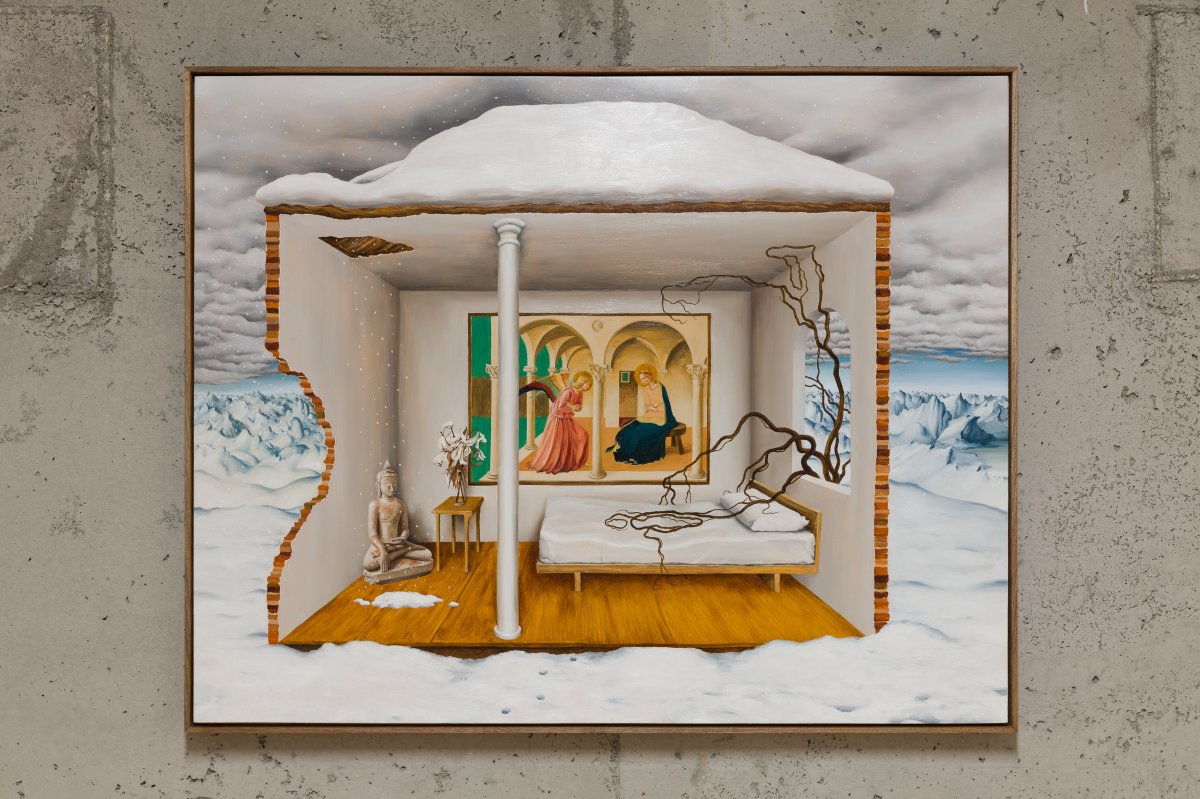 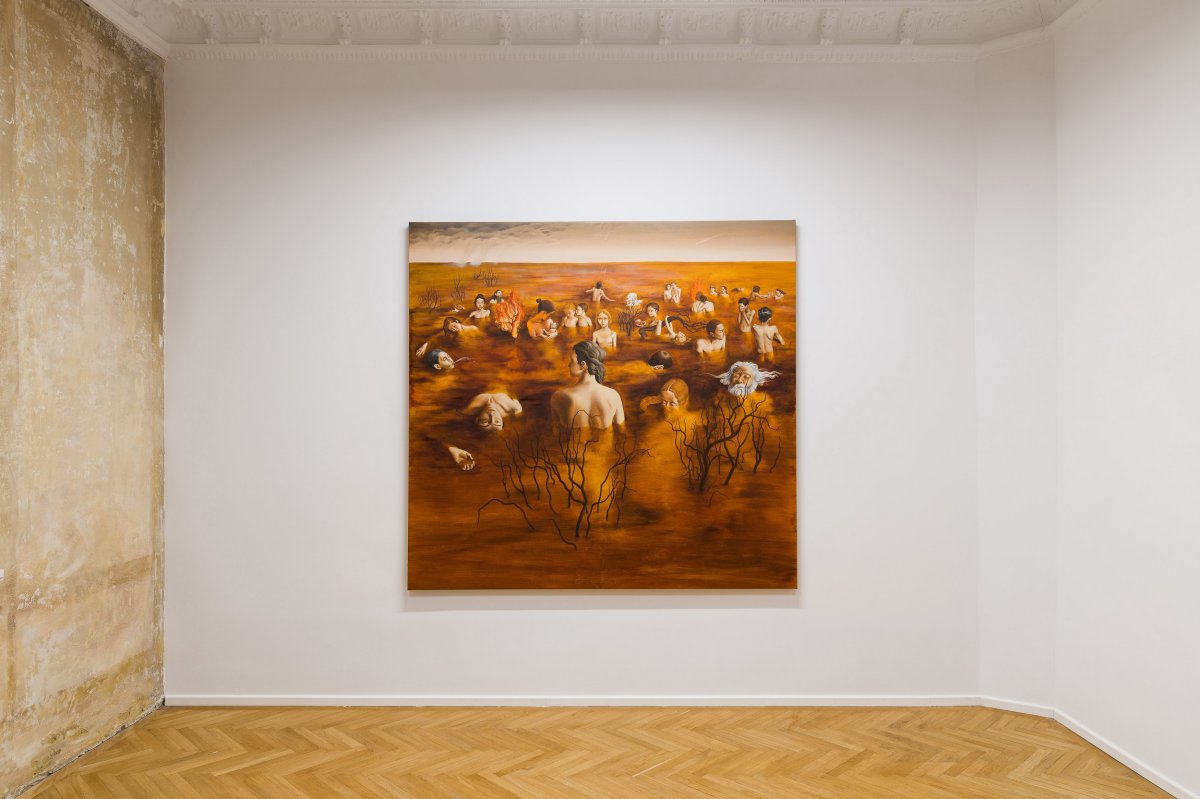 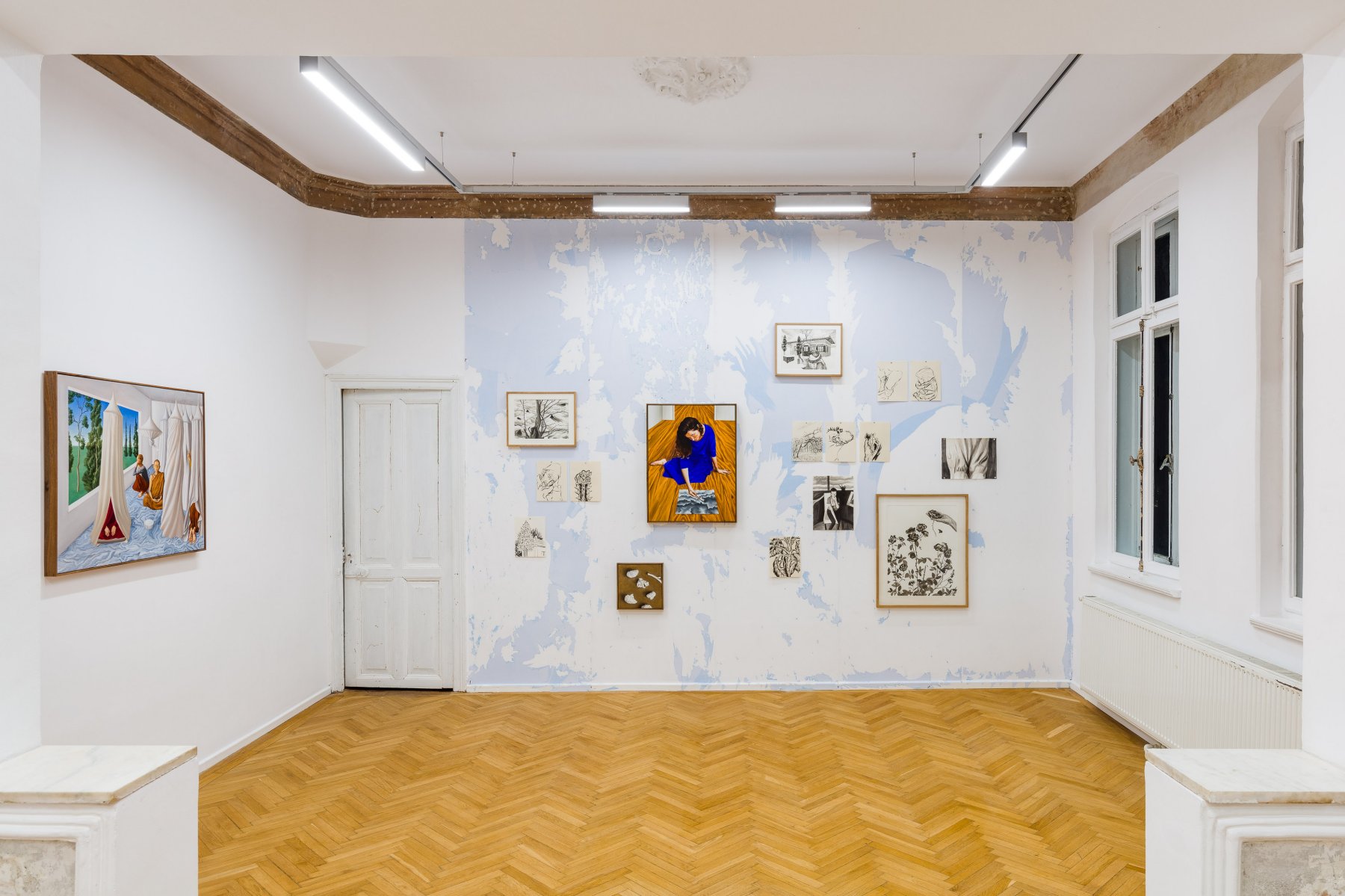 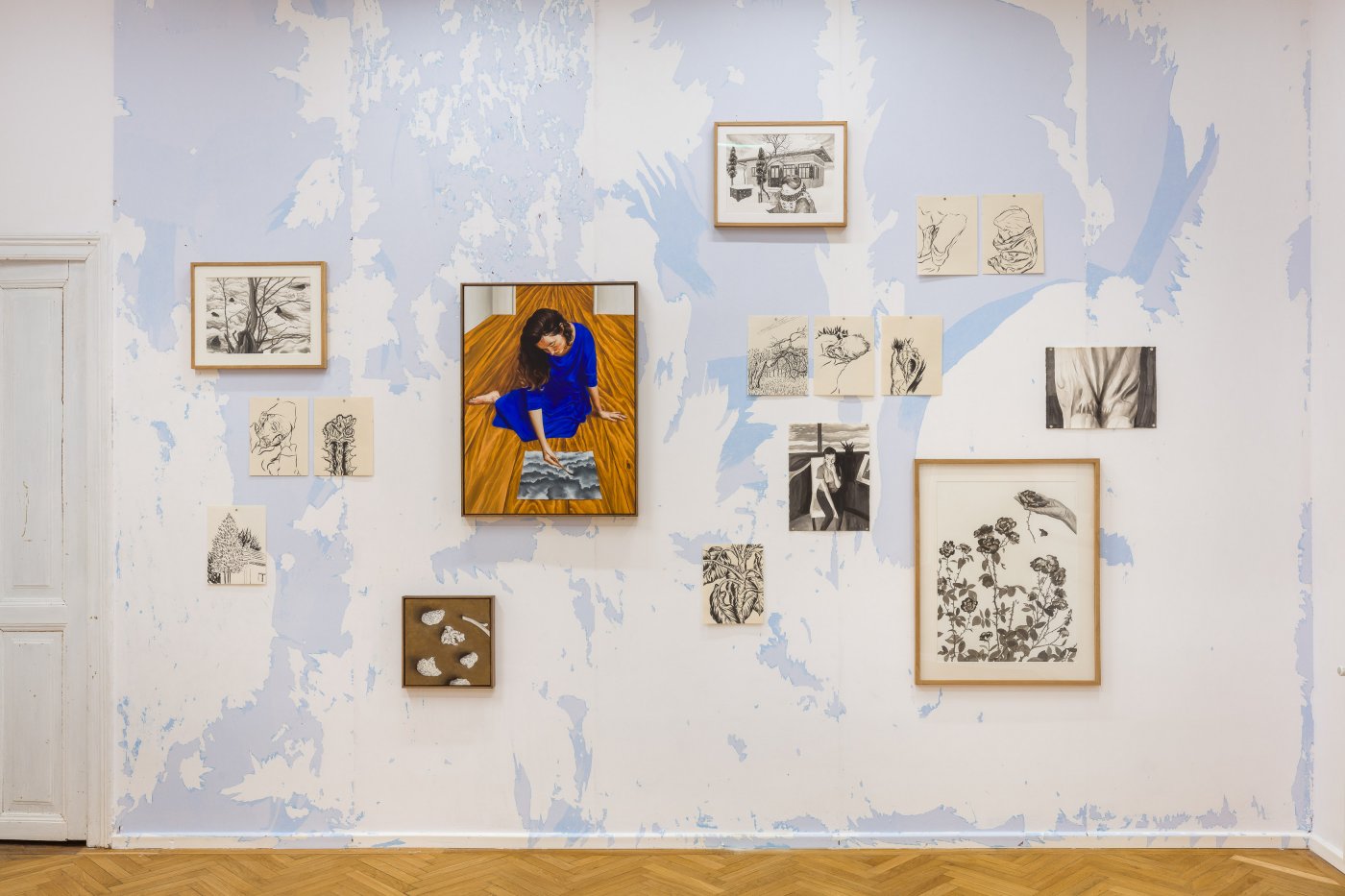 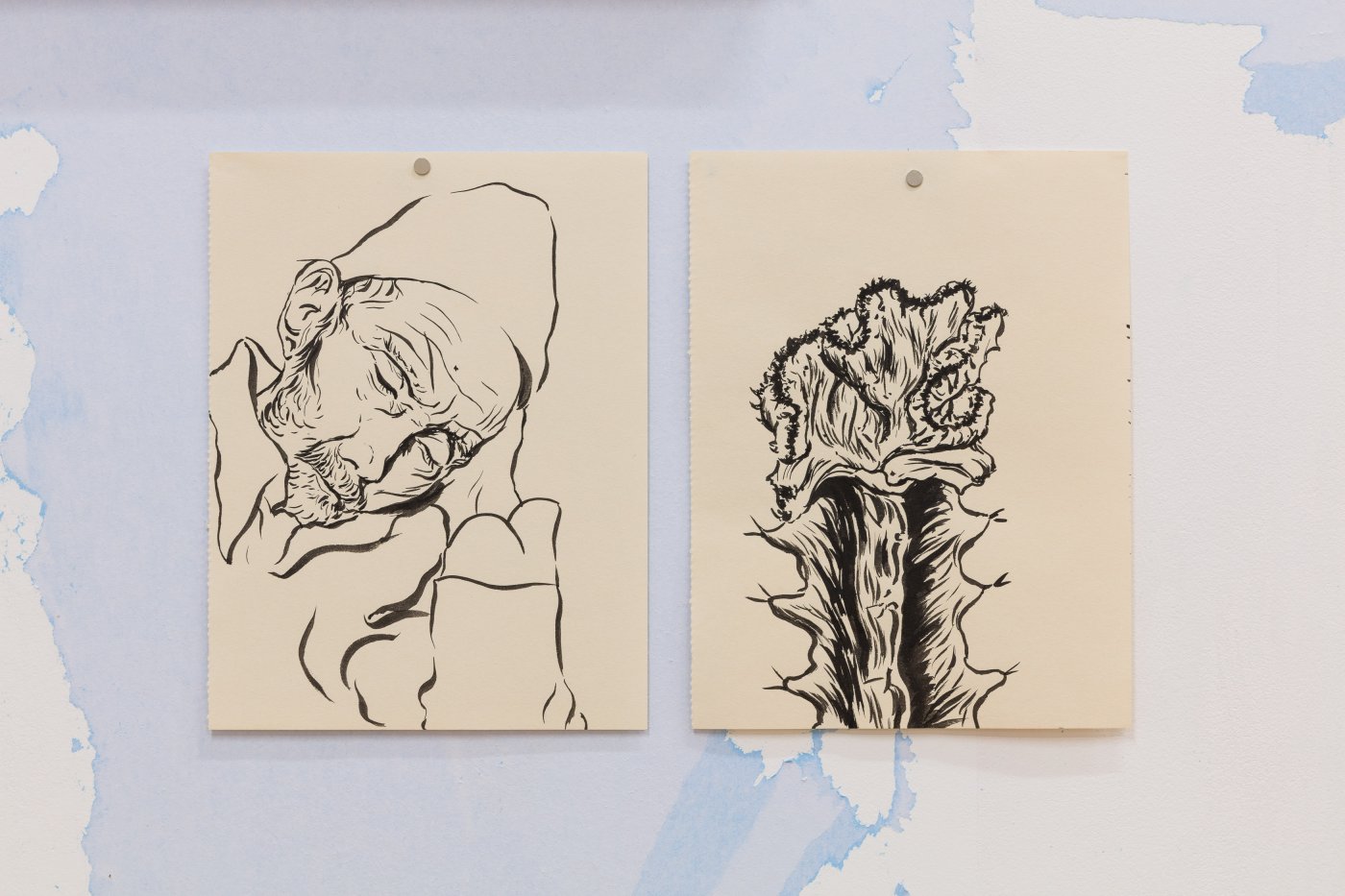 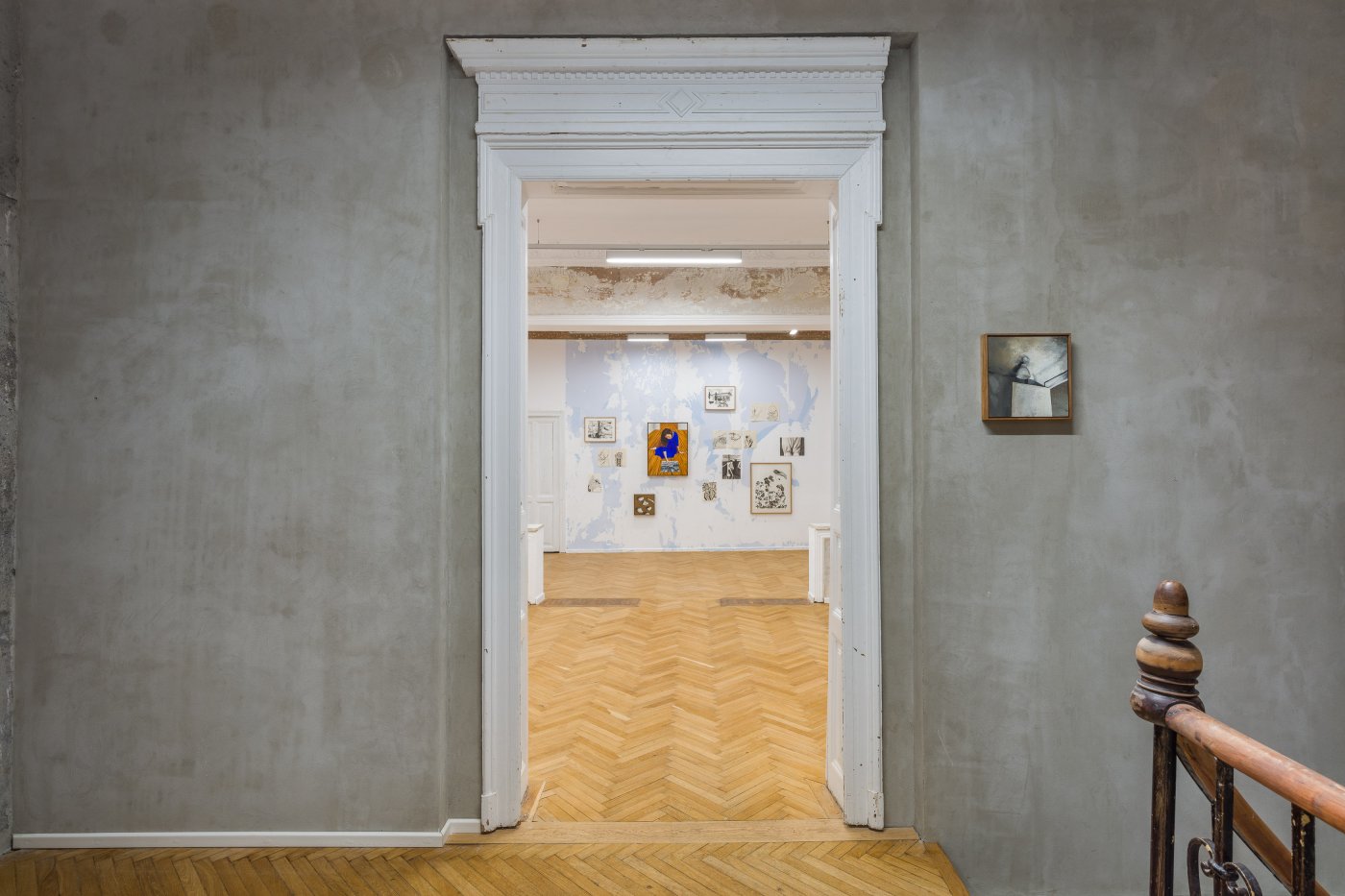 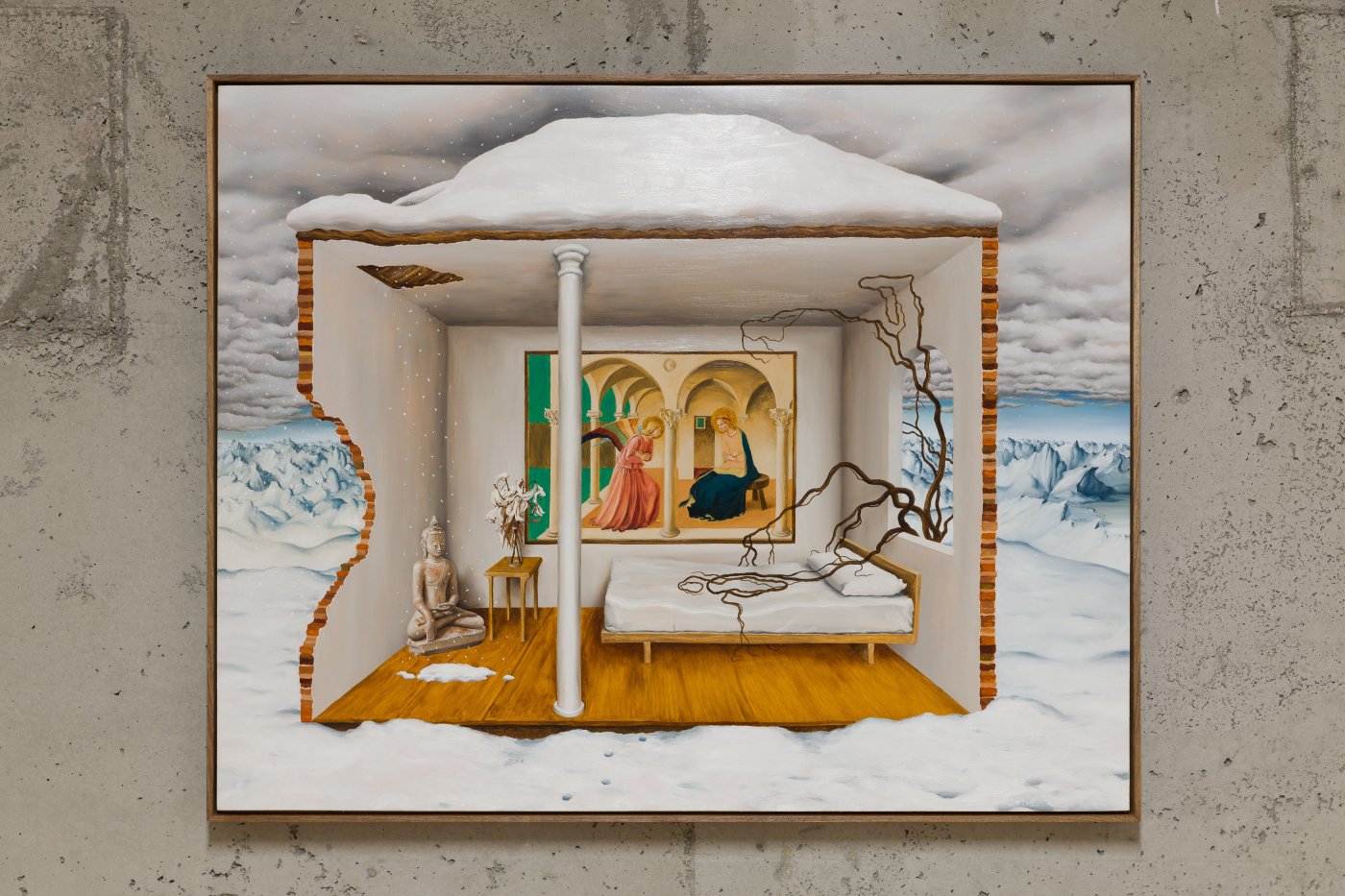 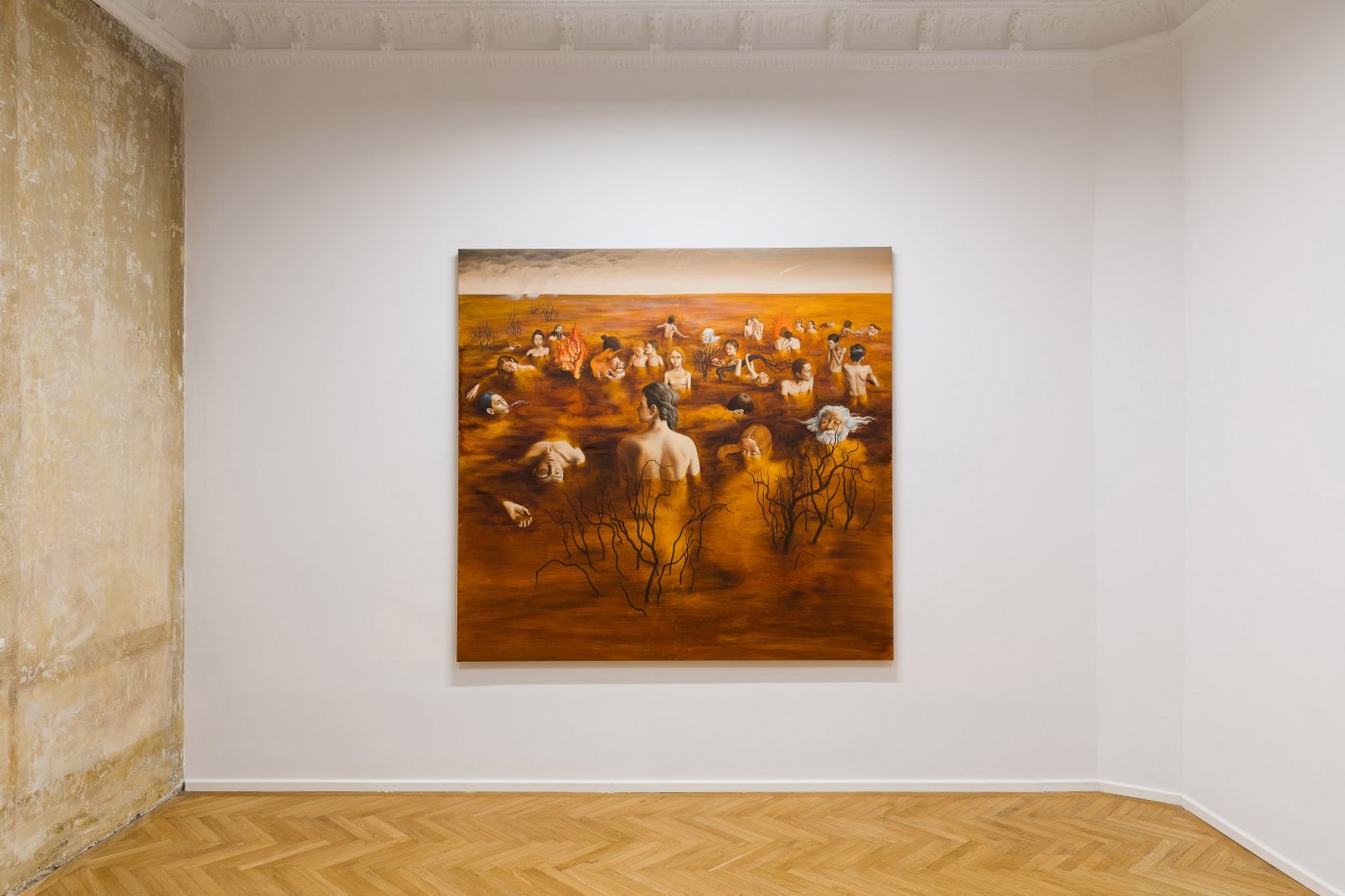 The passage of time is sublimated in the new works of Dragoș Bădiță, anchored in fantastic painterly compositions that merge with psychological allegories in an almost Borges-wise landscape. The moment lingers in an improbable stillness, giving way to an ineffable potential for something that is just beginning or on the contrary, for a terrible ending. Against the background of desert plains or uncanny floods, Dragoș Bădiță creates visual sceneries that exude a calm detachment, almost paradisiacal in its introspective nature.

The surreal encounter between Buddhist and biblical motifs in the presented works are in line with Dragoș Bădiță’s fascination with portraits and their psychological nuances, investigating an a-religious spirituality, now rendered in a collective and a-contextualized mental realm. In his words, the artist paints scenes and “ephemeral things as if they will last forever. People that I know or see, snippets of things around me. I’m interested primarily just in their bare fact of being-there, like in a haiku; I don’t want to put them on any theoretical chess-board. I want them opaque and resilient to interpretation, just as reality is.”

Inspired by the rich history of European painting, by Pieter Bruegel or by Hieronymus Bosch, Dragoș Bădiță selects from a bestiary of art history, choosing motifs that he associates with mythological or allegorical scenes, striking a warm familiarity with the subjects he brings forth. At the same time, as MoMA’s 2015 exhibition “The Forever Now: Contemporary Painting in an Atemporal World” suggested, this continuous mix of revived historical styles renders a radical contemporary version of pictorial language to “reframing more metaphysical, high-stakes questions surrounding notions of originality, subjectivity, and spiritual transcendence ” (Laura Hompton, curator in the painting and sculpture department, MoMA).

In the oil on board work titled ”Annunciation ” (2021), the artist likewise depicts a 15th-century fresco by Fra Angelico in the Convent of San Marco. In a reimagined context, the sacred space is replaced by the reality of an abandoned house in a village from Maramureș, in Romania. The sectioned house is repositioned in a mental area, where the absence is gradually replaced by branches of a tree extending through a window, inside. Traces of some presence or animal are lost in the snow till they reach the threshold. Snow falls continuously and demurely through the roof, above a Buddha statuette that induces a meditative, culturally, and spiritually brought closer still. The vanishing point of the recreated fresco is rendered in a repetition with the column that vertically cuts through the interior plan of Bădiță’s abandoned home, giving the impression of a mirrored otherworldly plane. For Fra Angelico, the geometrical composition was also a revelation of his time, app. 500 years ago. The medieval painting creates a unique vanishing point through the bars of a small window, discretely leading the gaze, capturing it between the two figures, angel and mortal. The viewer becomes an intimate accomplice to the divine event. Through Bădiță’s multiplying architecture the scene intensifies, vividly gathering multiple associations and tensions in the delocalization of the reference.

Essentially, Dragoș Bădiță seizes an opportunity to renegotiate the scene in a contemporary vein, which aggregates and fuses unexpected cultural references, between seemingly disparate spaces, between the personal and the universal. The artist searches for a reconciliation on the notion of ephemerality, for a time that cannot last, for an ineffable air of a perennial collective. The characters in “Spring” (2021) seem to be in a continuous Paradise Lost, as well as those in the large-scale painting titled “Flood” (2021). The characters that he depicts do not seem to mourn whatever is happening in the proto-world around them – either at its very beginning or at its end – but rather seem to be in an insinuating, internal dynamic, introspectively connected to those around them and themselves, dreamers in a universe before needing definition.

In the gallery space, the selection of paintings pulsates between the colours that are really at the crux of Dragoș Bădiță’s practice, between intense shades of blue and ochre-desert-wood-calm-interior, emitting the sensorial between retreating and lunging into some reverie depth, of simultaneous fear and fascination. The colour only recedes in the black inks of the drawings, both the subject of a steady melancholy and of the process of painting in such a fast-paced medium – forms are captured in moments that flee, flow, in a state of affect ultimately shared outwardly, inside.

The exhibition launches a year-long curated programme at Anca Poterasu Gallery, investigating painting today, in its either abstract and/or figurative readings, with works from the portfolio of the gallery: from Dragoș Bădiță’s reference-filled painted reflection on temporality, to Iulian Bisericaru’s vitalistic fantasies or Zoltán Béla’s visual collection of textures and upcycled artefacts.

Dragoș Bădiță (b. 1987) lives and works in Bucharest, Romania. He graduated from the University of Arts and Design in Cluj-Napoca, specialising in painting. In 2009 he finished his MA studies at the same university. In 2015 he exhibits at the National Portrait Gallery as part as the BP Portrait Award event, and also at Scottish National Portrait Gallery/ Edinburgh,UK (2015) and Ulster Museum/ Belfast, UK (2016). Dragoș Bădiță chooses the subjects of his oil and ink paintings and drawings from deeply personal surroundings, transforming the artworks into frames-of-consciousness, glimpses of the human psyche and its connection to others. His figurative paintings reflect on Flemish and Danish painterly influences, striking a contemporary contrast with his choice of framing and merge of motifs and fantastic landscapes.