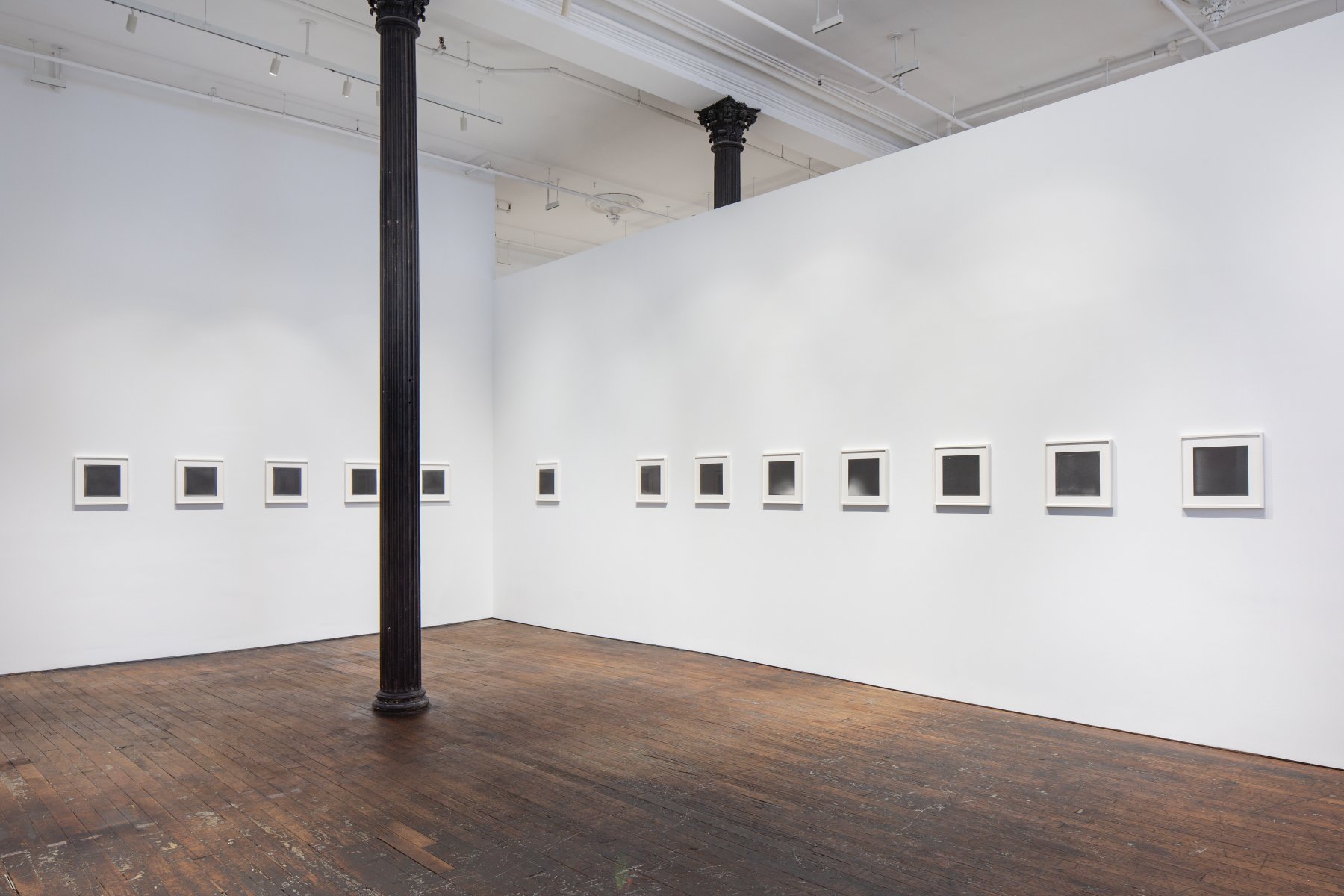 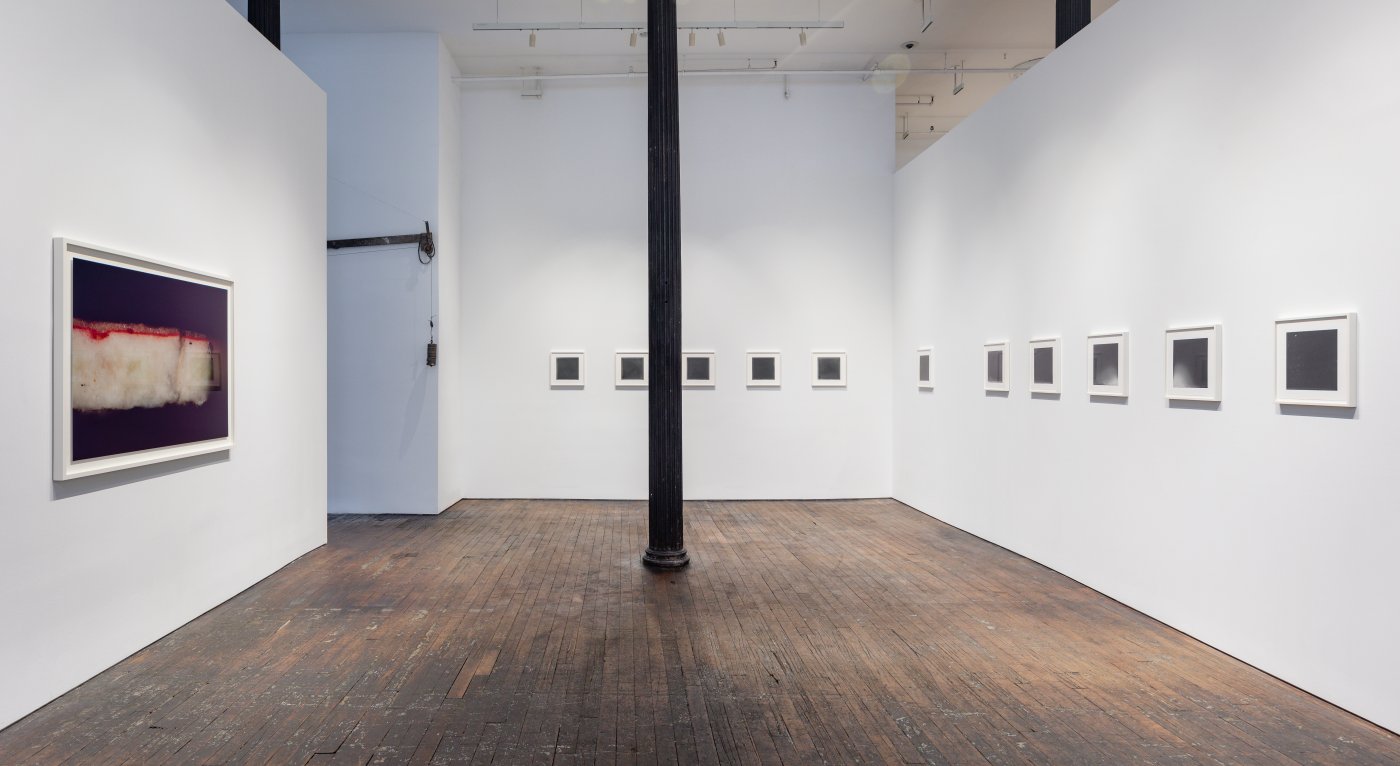 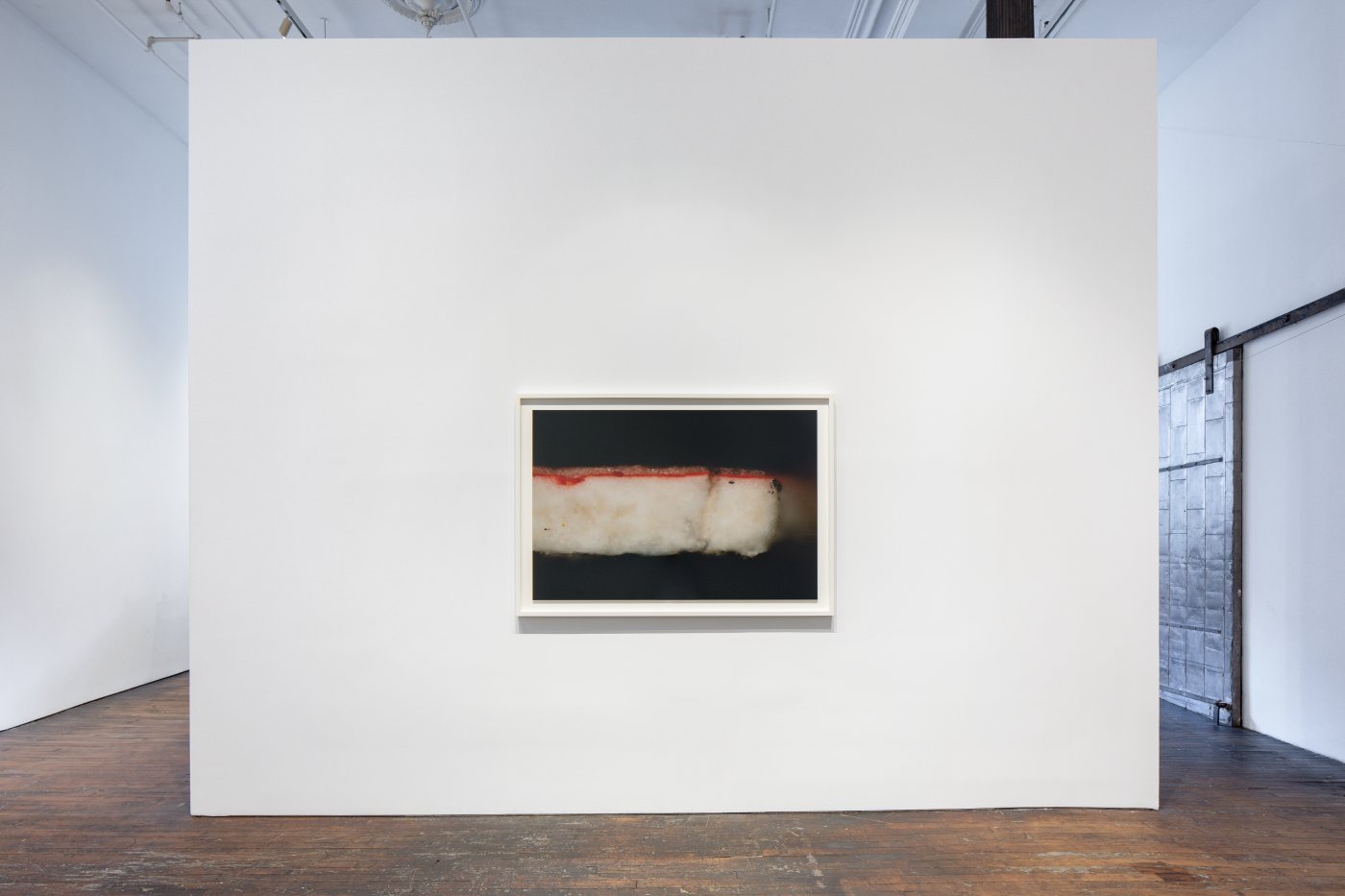 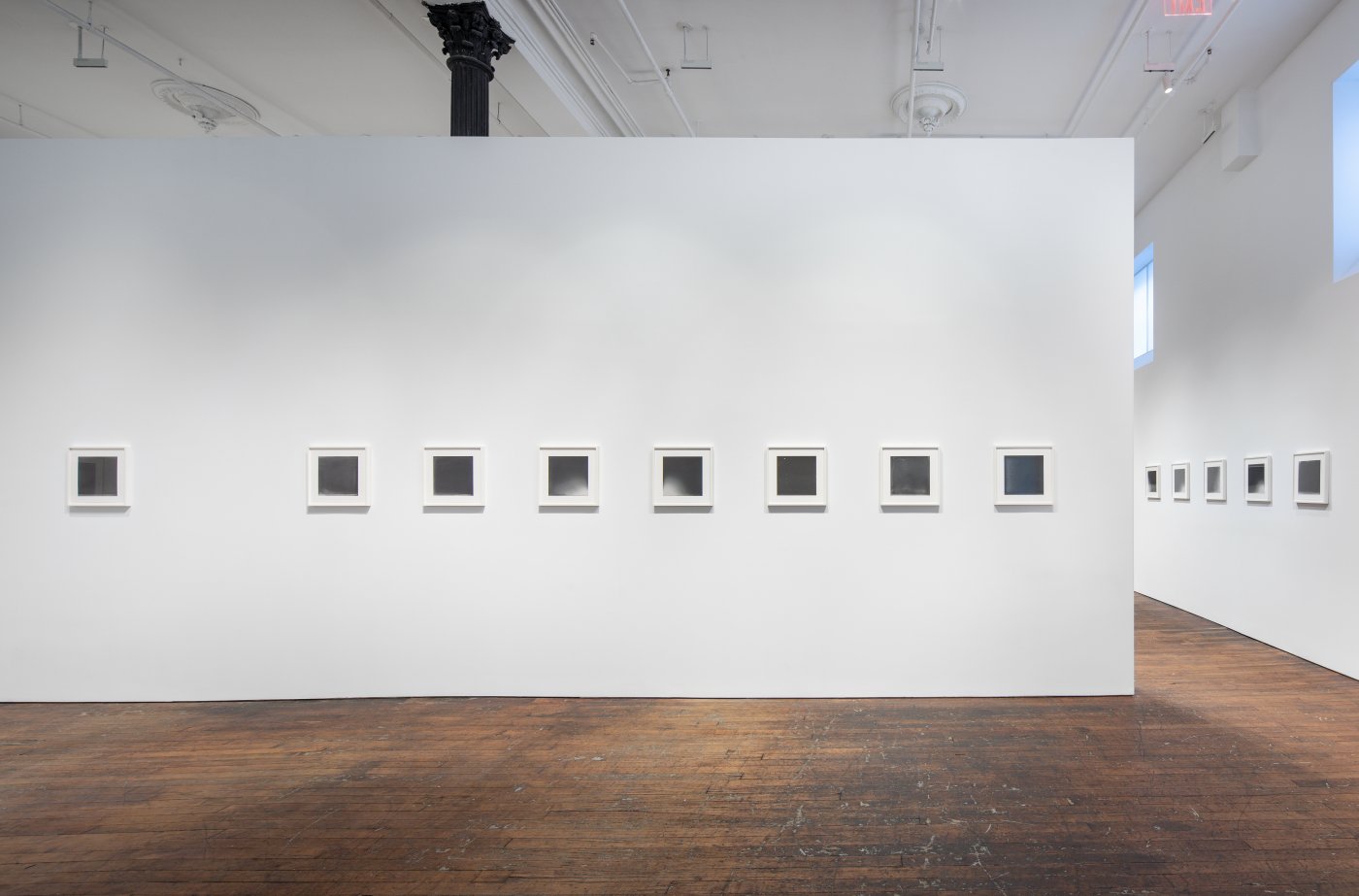 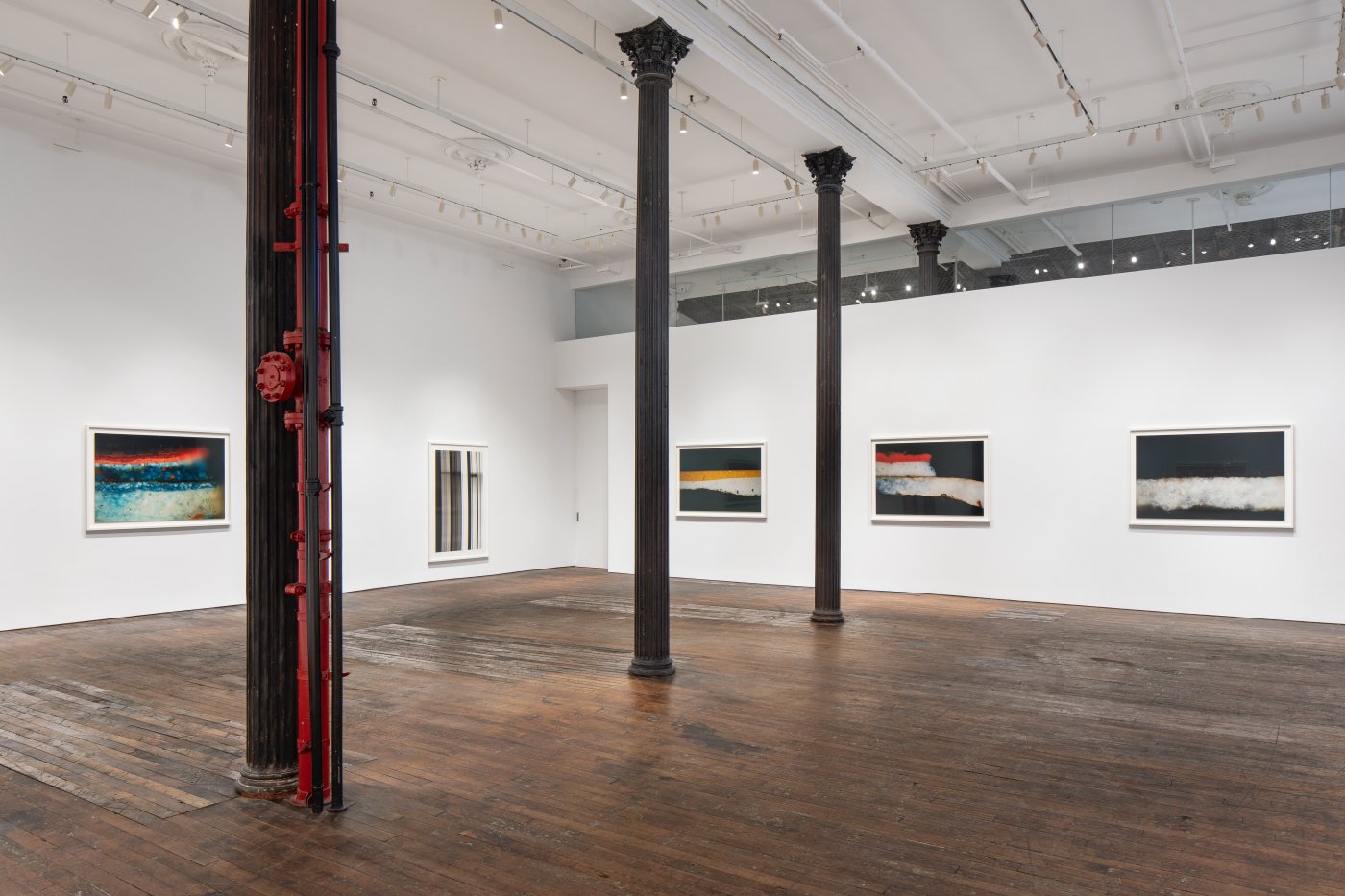 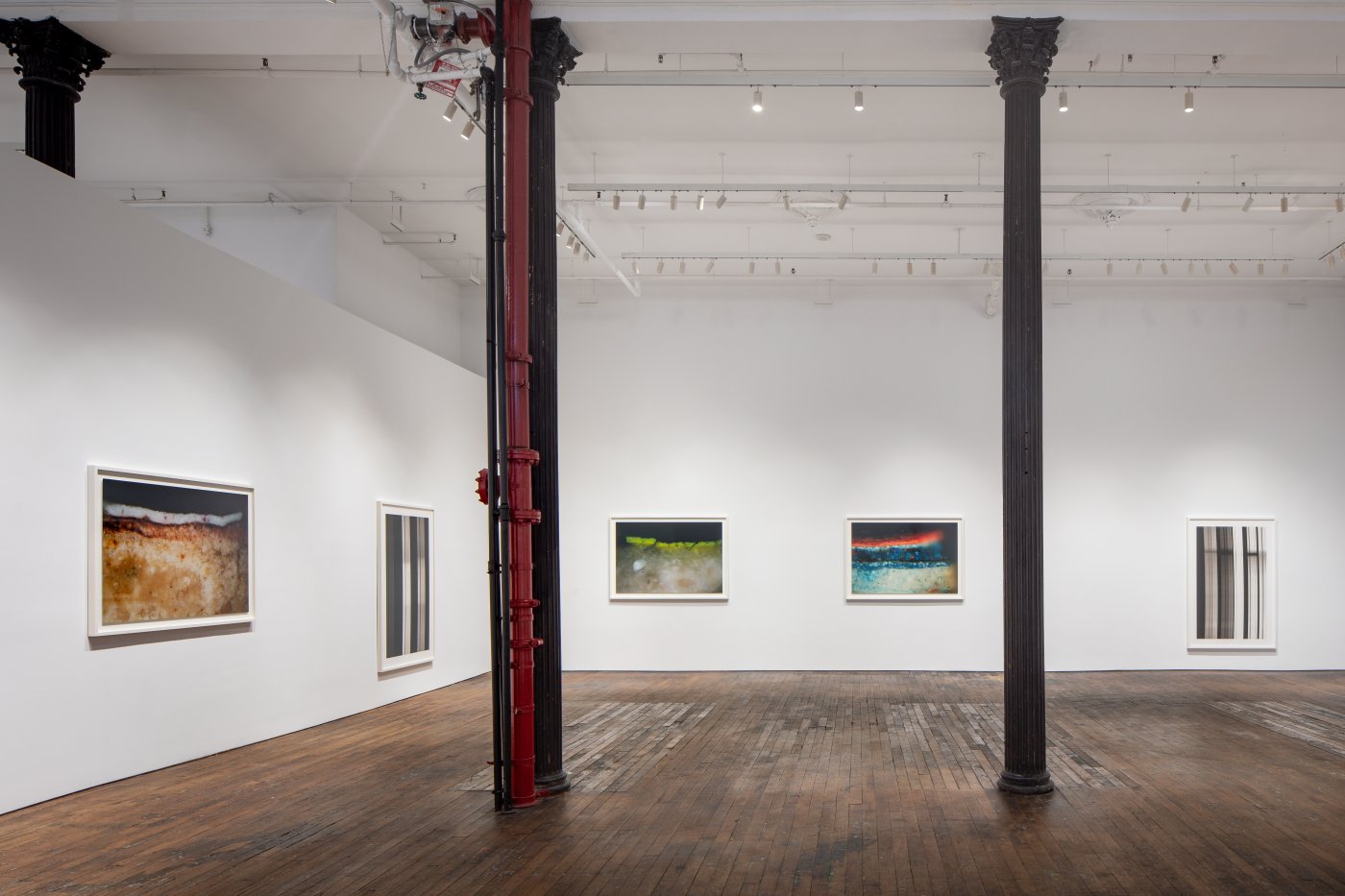 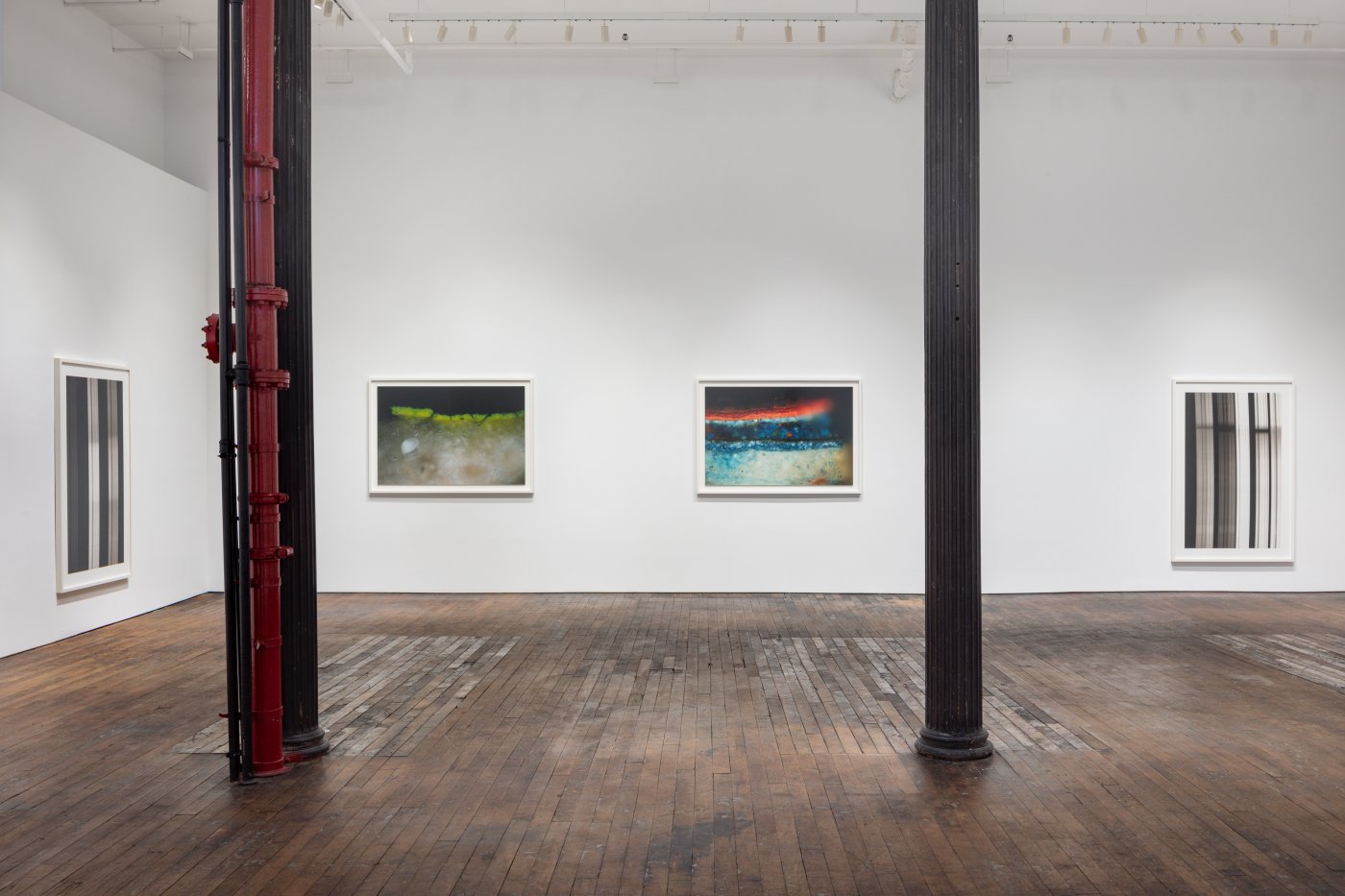 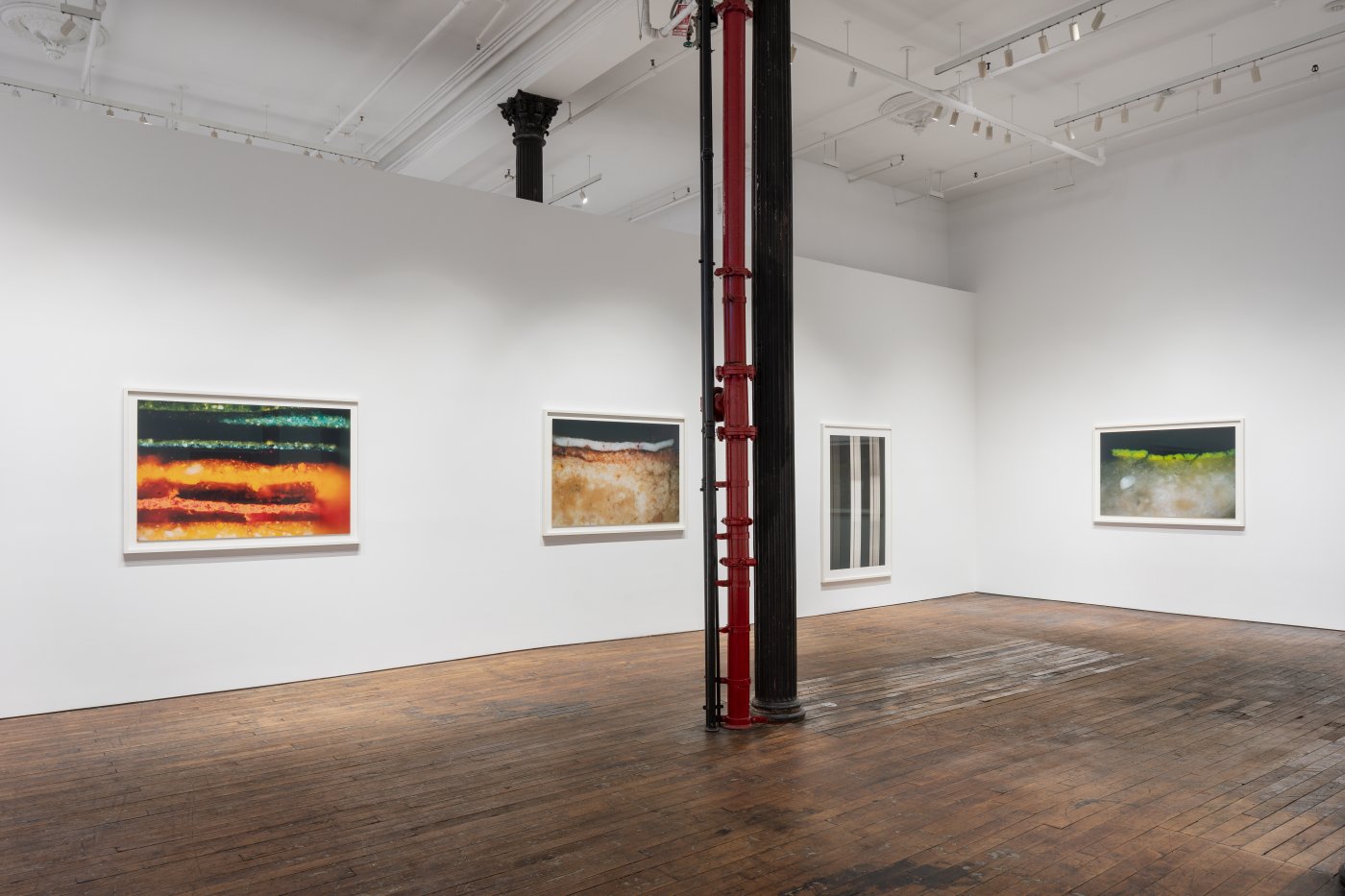 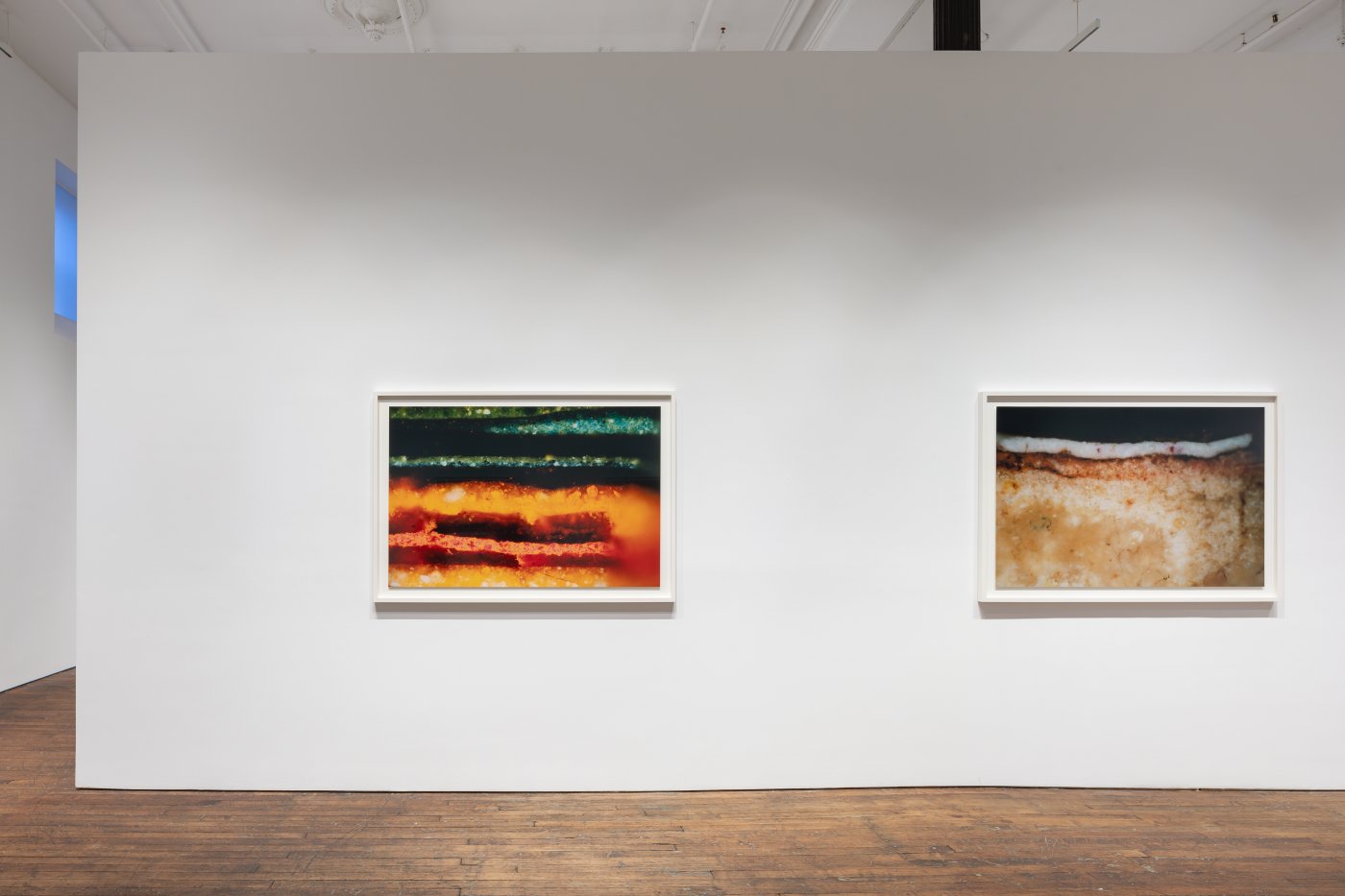 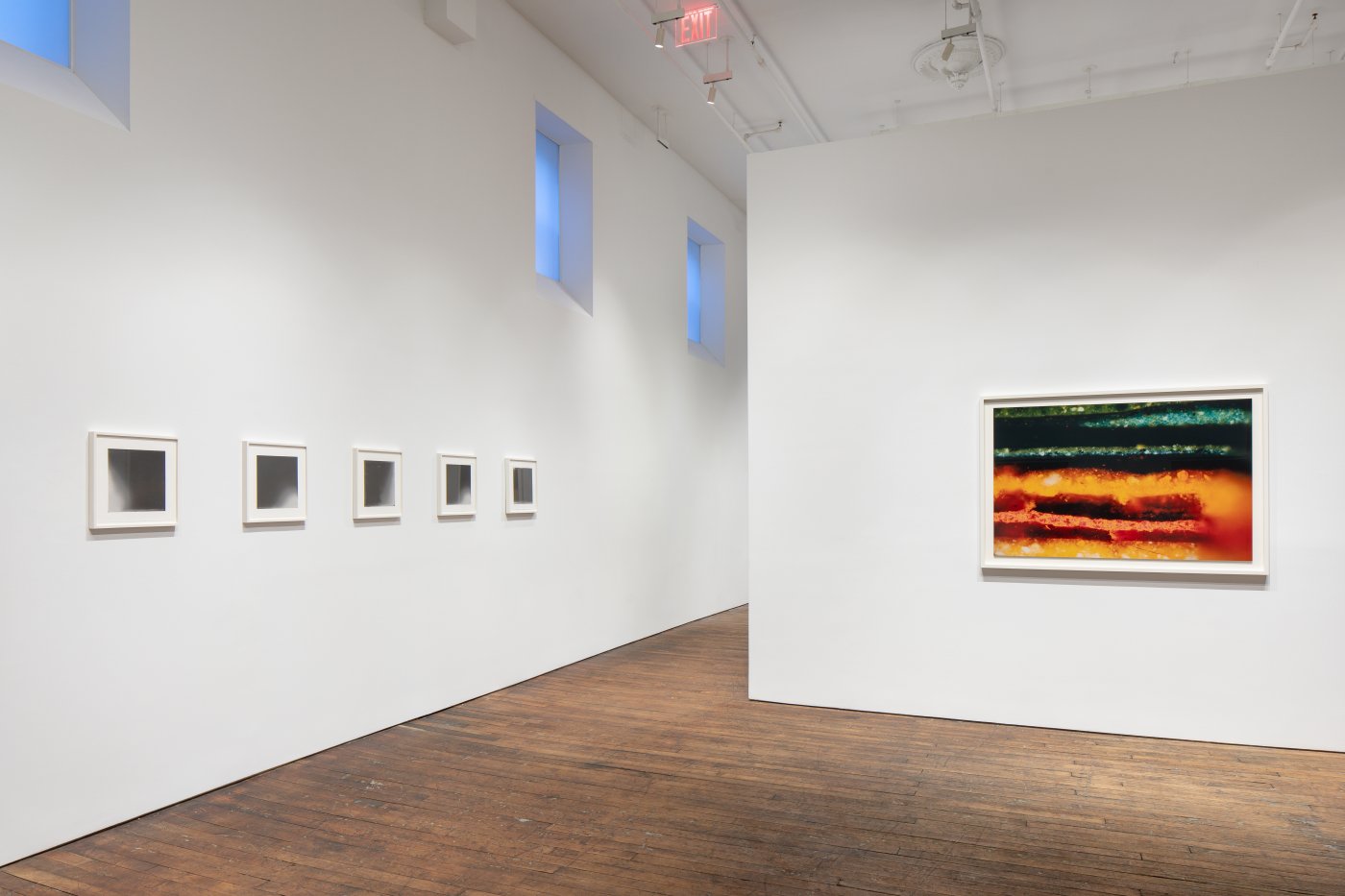 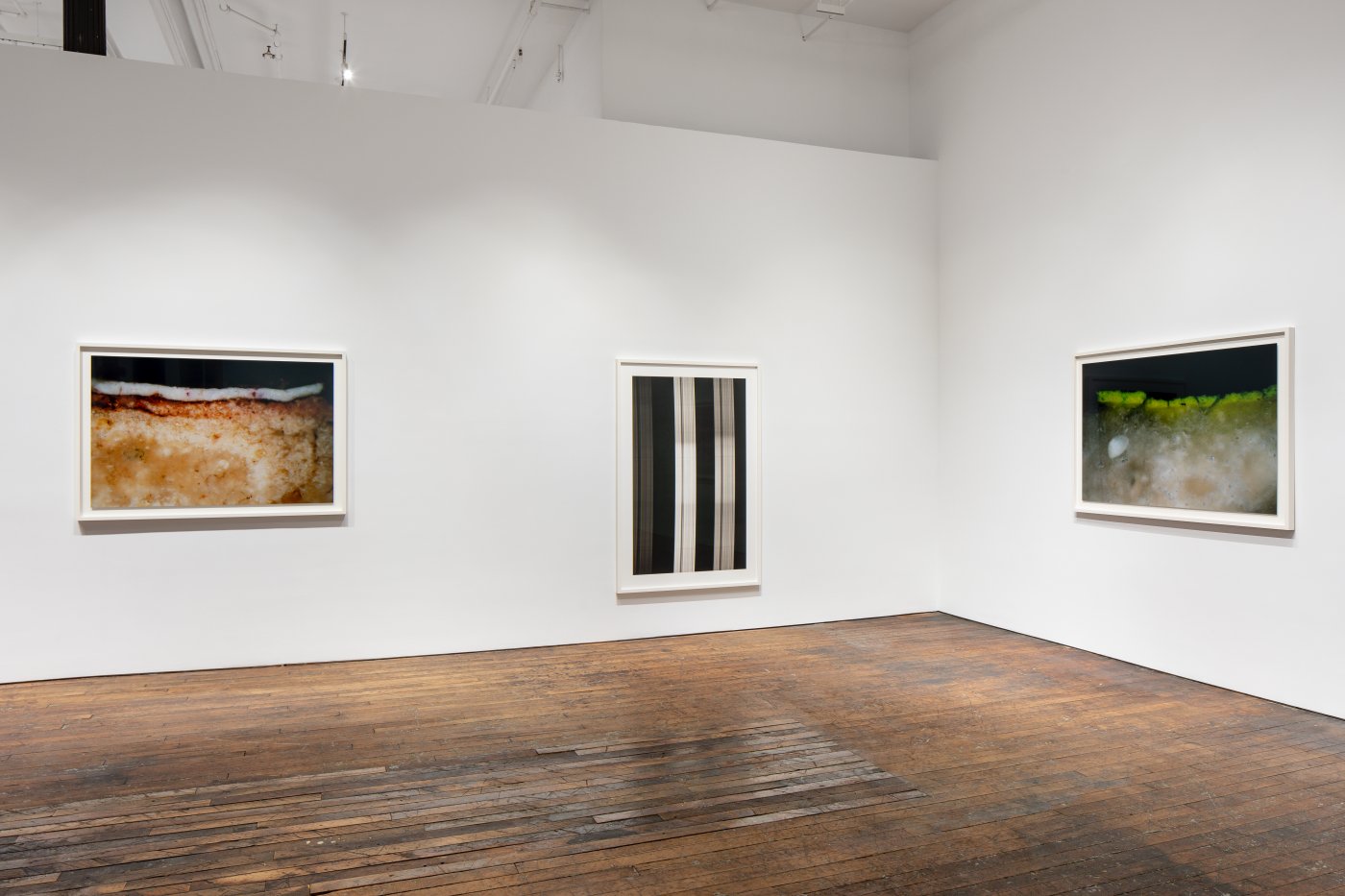 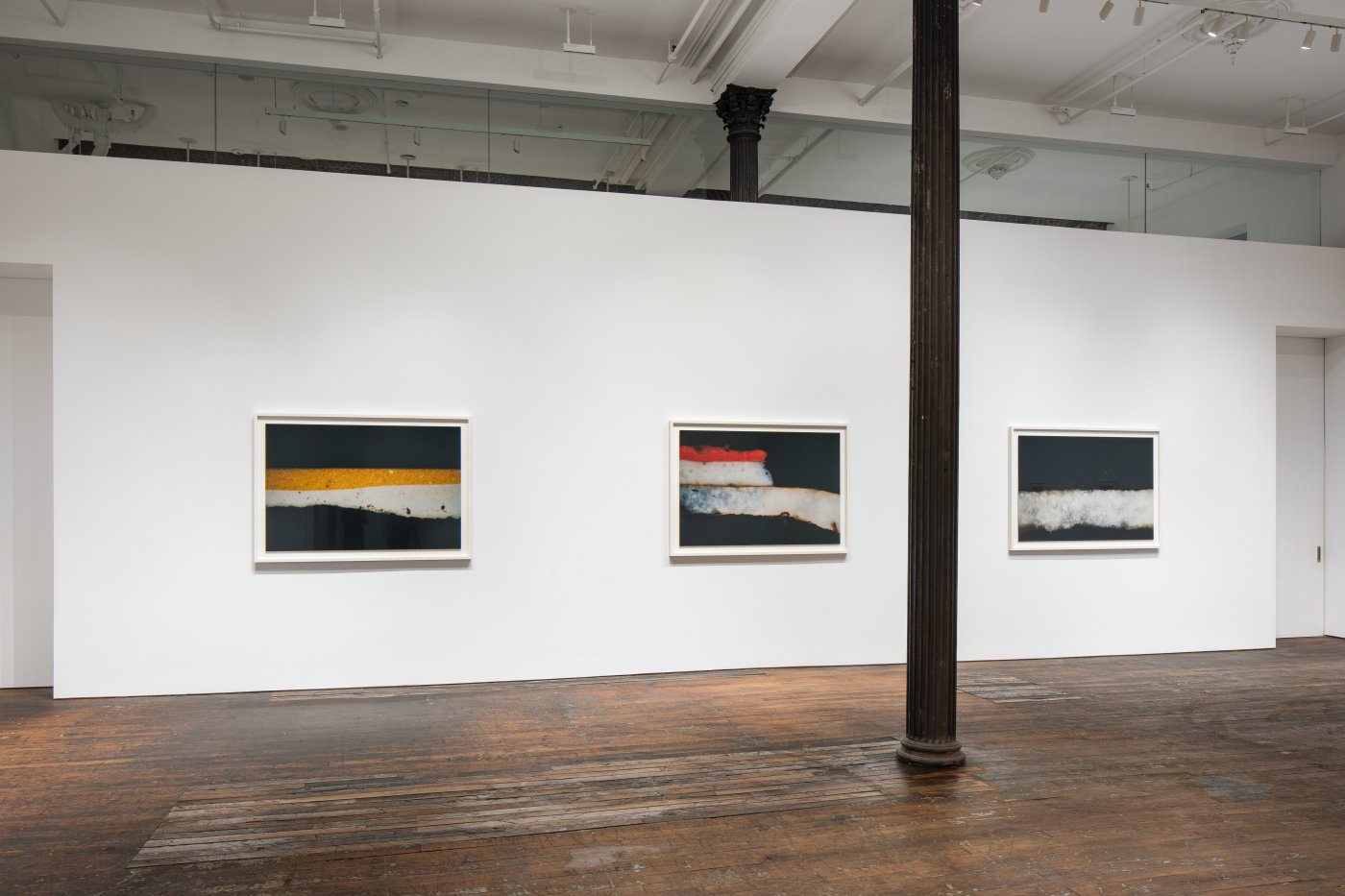 Allouche works with photographic processes, but also with drawing, printmaking, and scientific means, to bring light to natural phenomena that are otherwise invisible to the naked eye. Throughout his work, he has created a “syntax of reproducibility” (as critic Philippe-Alain Michaud has written) in which he masters and reinvents various mechanical processes, parsing them out step by step or slowing them down for examination. The means of representation become subjects in themselves, poetically intertwined with what is happening within the images.

Dove Allouche does not see making the invisible visible as a way to seek the beyond elsewhere. It is not a metaphysics but a physics of bodies that determines the relationship to objects and steers the process by which images are revealed. Applying a filter to the as yet unseeable is how he makes discoveries and adjusts the scale of visibility, to obtain a new image of something that had no prior visible appearance.

—Tristan Cormier, “Dove Allouche: making marks on a new scale” (2021), text written on the occasion of this exhibition

Dove Allouche was born in 1972 in Sarcelles, he lives and works in Paris. Recent projects include a public commission for the library of the INHA – Institut national d’histoire de l’art – in Paris, solo presentations at Le Grand Trianon, Galerie des Cotelle, Château de Versailles (May 2019), as well The Contemporary Art Gallery, Vancouver (2018), and inclusion in Préhistoire et Modernité, Centre Pompidou (Paris, May 2019). His work has previously been the subject of solo exhibitions at Fondation Ricard, (Paris, 2016), and Centre Pompidou (Paris, 2013). His work is included in several museum collections, including the Museum of Modern Art, New York, the San Francisco Museum of Modern Art, and Centre Pompidou, Paris.

Read the full exhibition text by Tristan Cormier below:
In English
En Français

Courtesy of the artist and Peter Freeman Inc.