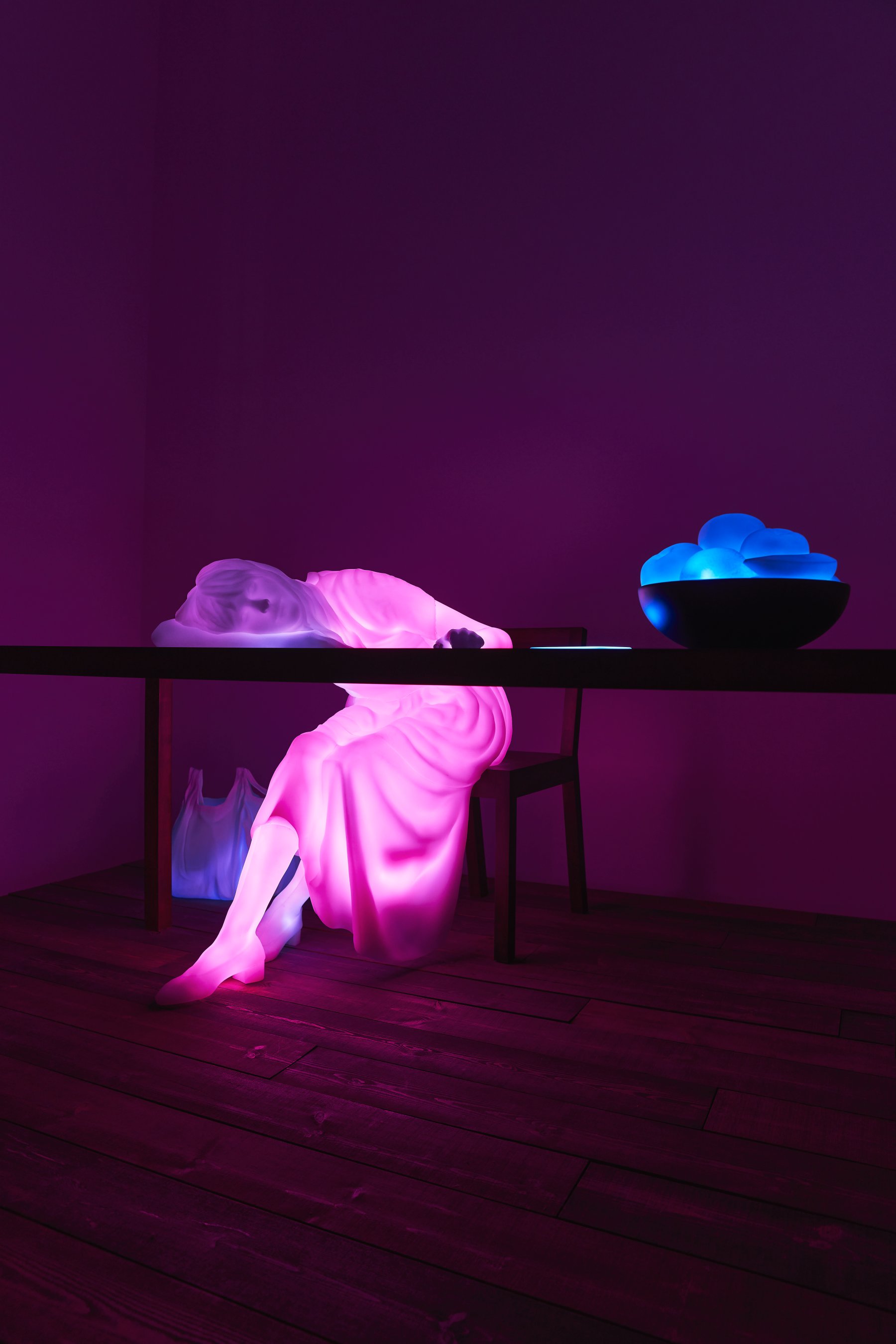 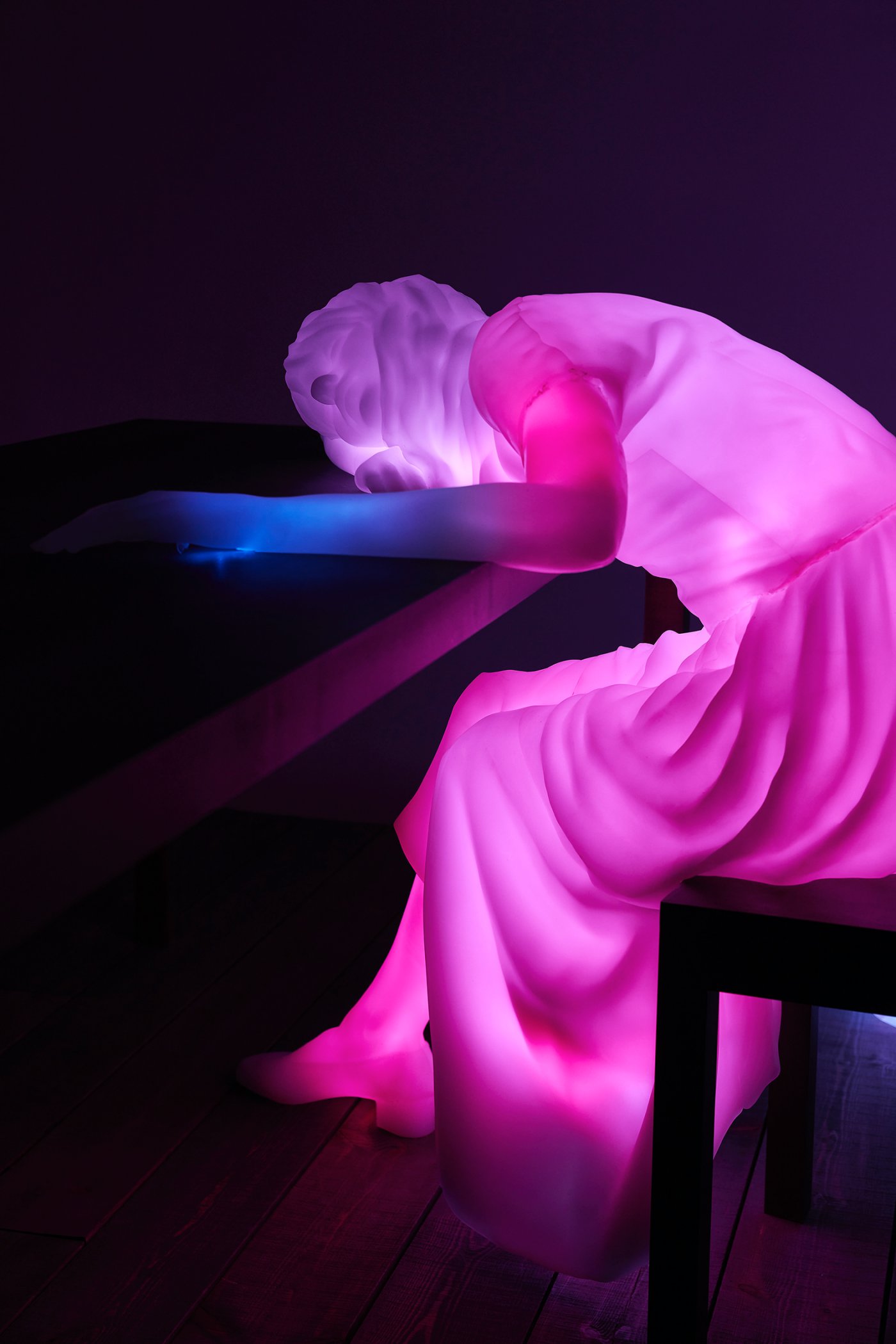 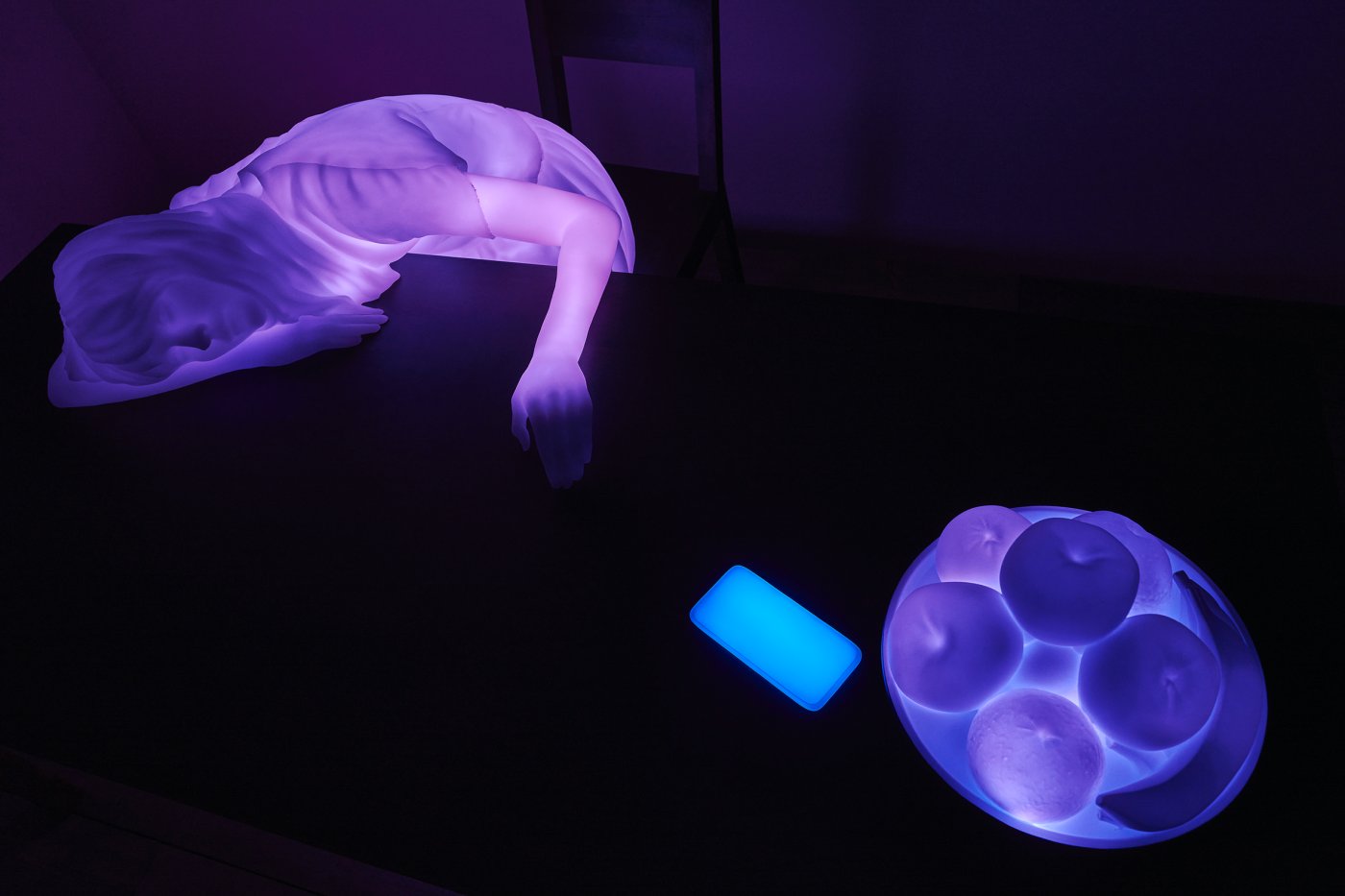 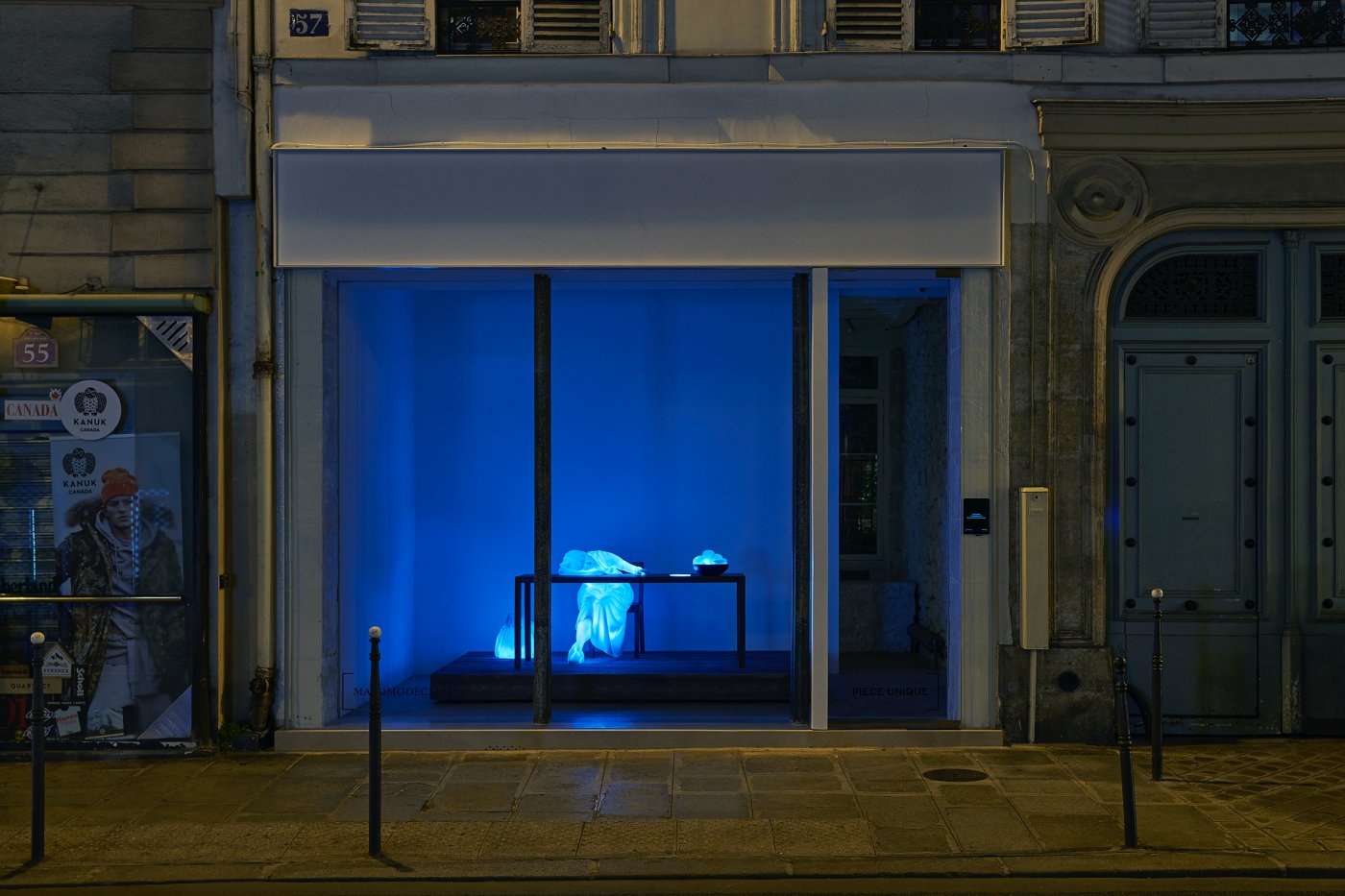 The constant thrust of technology propels humanity into the future. Surrounded by screens, consuming an endless array of imagery and information, we are increasingly dependent on electronic devices to navigate contemporary existence. As much of our life takes place on the virtual plane, through smartphones and websites, as it does in the material world. We continually pop in and out of a virtual reality. Humanity’s dependence on technology increased dramatically during the lockdown. Prolonged periods of isolation made us even more dependent on computers and the internet in order to communicate, socialize, shop, work remotely and study. The constant frenzy of information, the growing speed of our reality, has made a moment of peace, of respite from our devices, the ultimate luxury.

Doug Aitken’s work examines the inexorable link between humanity, information and technology. His practice consistently questions the impact of modern existence on humankind. In what the artist describes as, “An Agit-prop pop-up”, the exhibition All Doors Open invites the passerby to stop, put away their phones and contemplate. Aitken confronts the viewer with an unexpected moment of calm on a busy street in Paris by subverting the commercial storefront, providing the public with a 24-hour oasis of art. An illuminated female figure resting on a table, the phone out of reach, a bowl of fruit and grocery bag; all pulsating with color, emoting a vocalized soundtrack. One must question, is she exhausted or resting? Either way, she is a reflection of our humanity. An important signal of our growing dependence on technology as well as reminder to take a deep breath and allow ourselves to go off grid. All Doors Open is a mesmerizing invitation into a moment with ourselves.

Doug Aitken was born in Redondo Beach Califronia, in 1968. He lives and works in Los Angeles.
Doug Aitken has had notable museum exhibitions such as “Sleepwalkers,” commissioned by the Museum of Modern Art, New York which displayed 7 video screens across the building’s full city block, and the projection of ‘Song 1’ onto the iconic facade Hirshhorn Museum’s in Washington DC. The Deste Foundation in Athens, and Enel Contemporanea in Rome organized similar outdoor video projections. Important solo presentations have been organized by: Museum of Contemporary Art, Los Angeles (2017) Schirn Kunsthalle, Frankfurt (2015); Nam June Paik Art Center, South Korea (2013); Hirshhorn Museum (2012); Tate Liverpool (2012); Inhotihm, Brazil (2009); Museum of Modern Art, New York (2007). Doug Aitken was the recipient of the Golden Lion in the 1999 Venice Biennale.