Simon Lee Gallery presents Donna Huddleston: In Person. For her inaugural exhibition with the gallery, the artist presents new works on paper that explore themes of doubles, stand ins and performance. 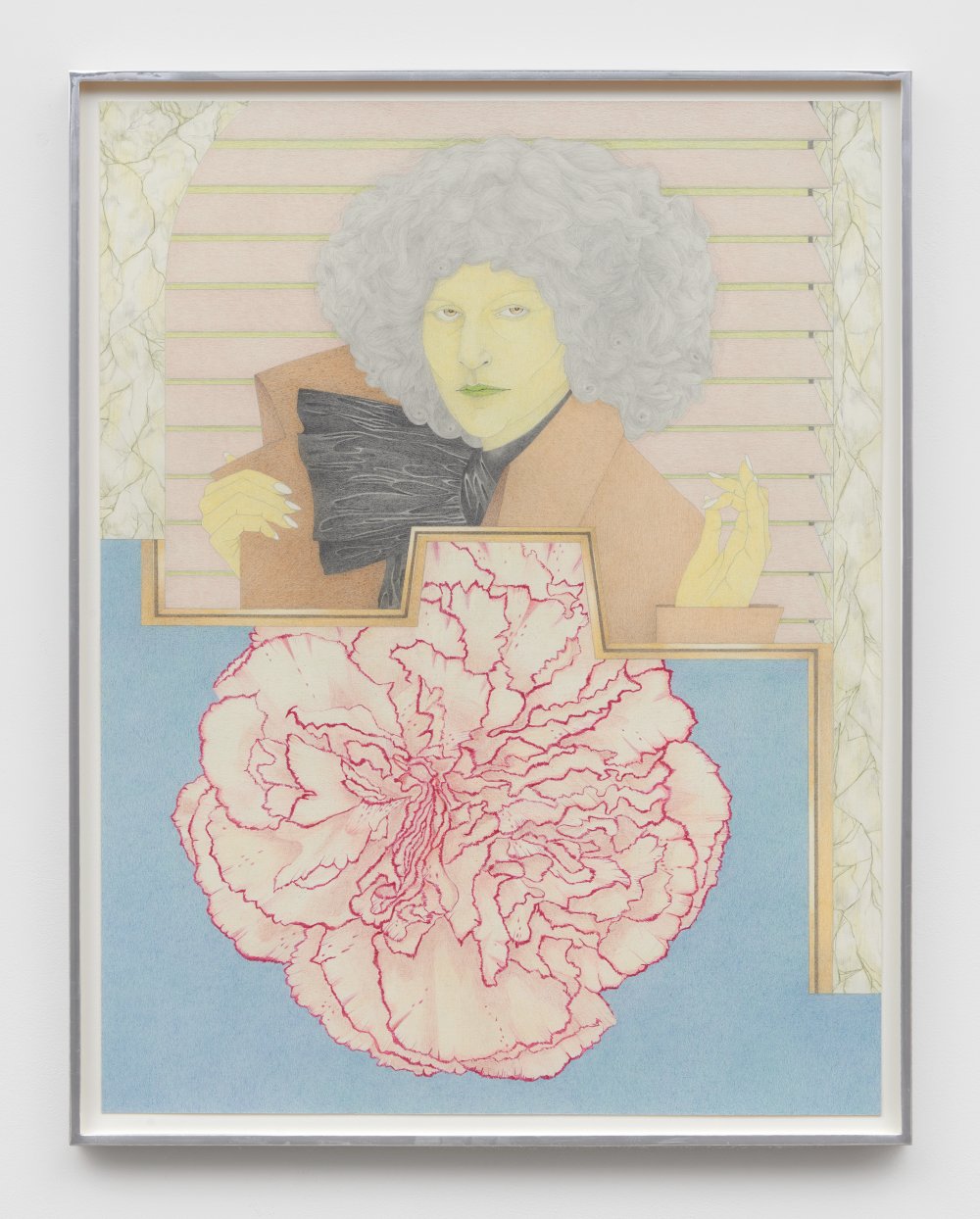 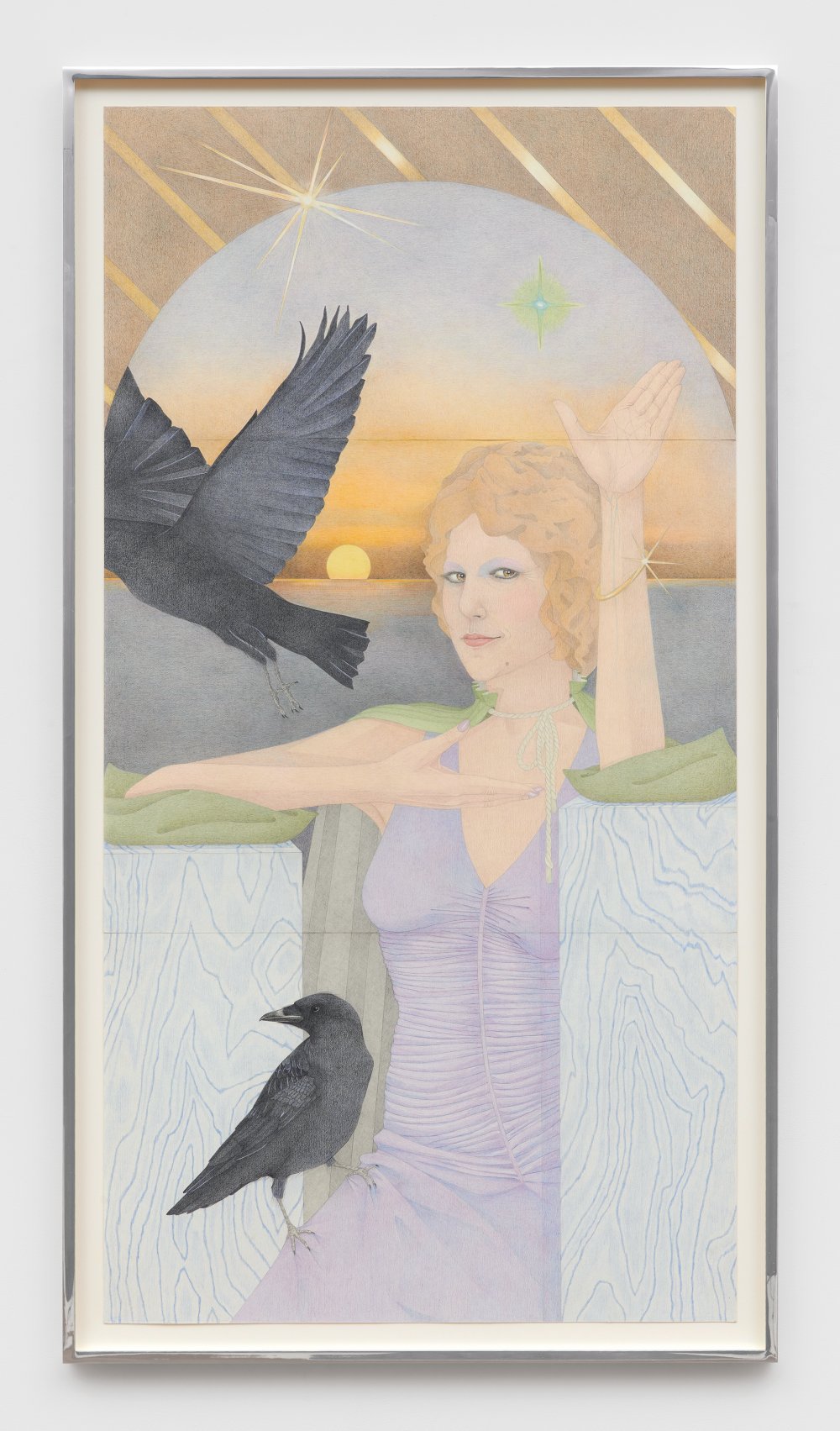 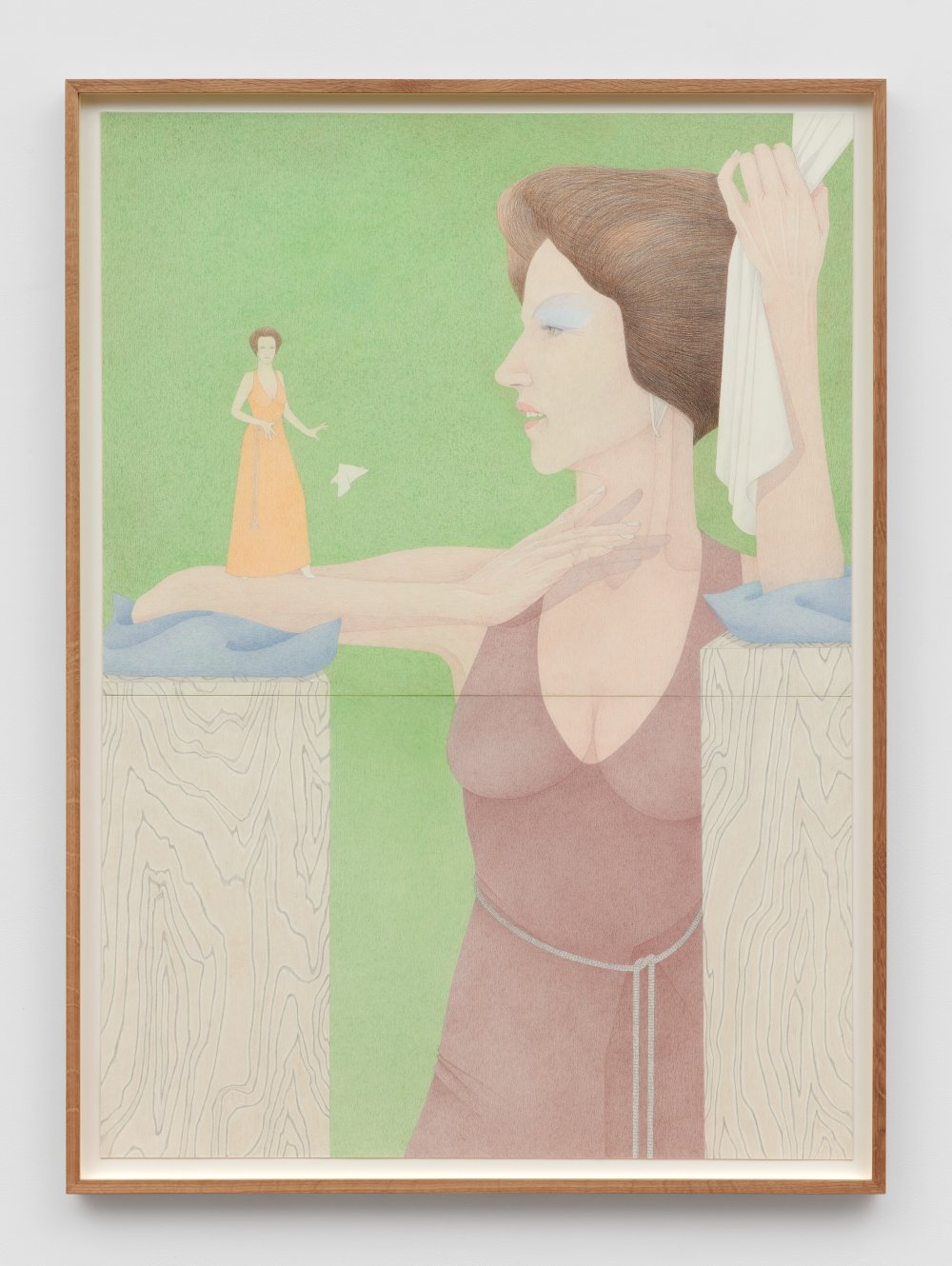 Donna Huddleston
The Stand In, 2021 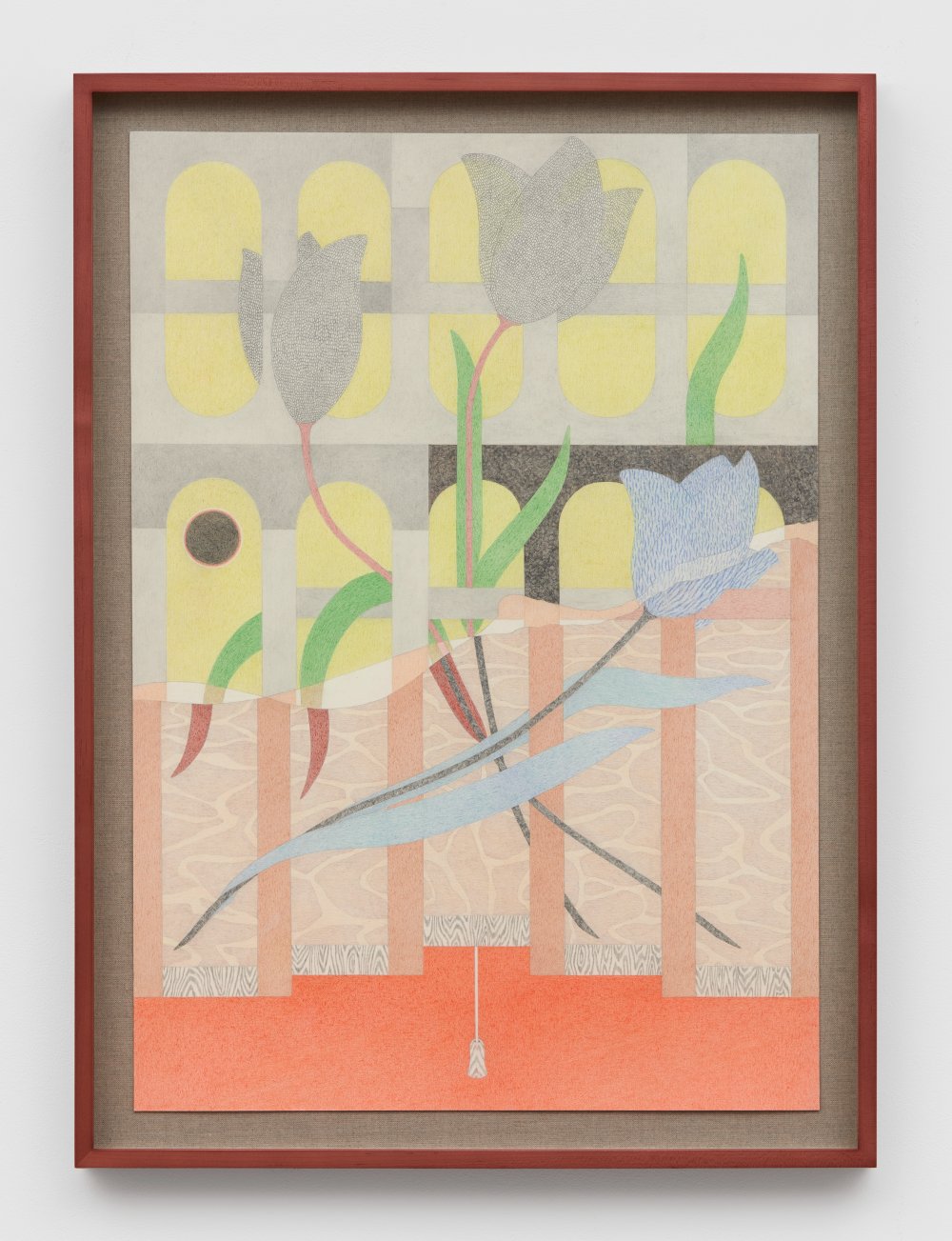 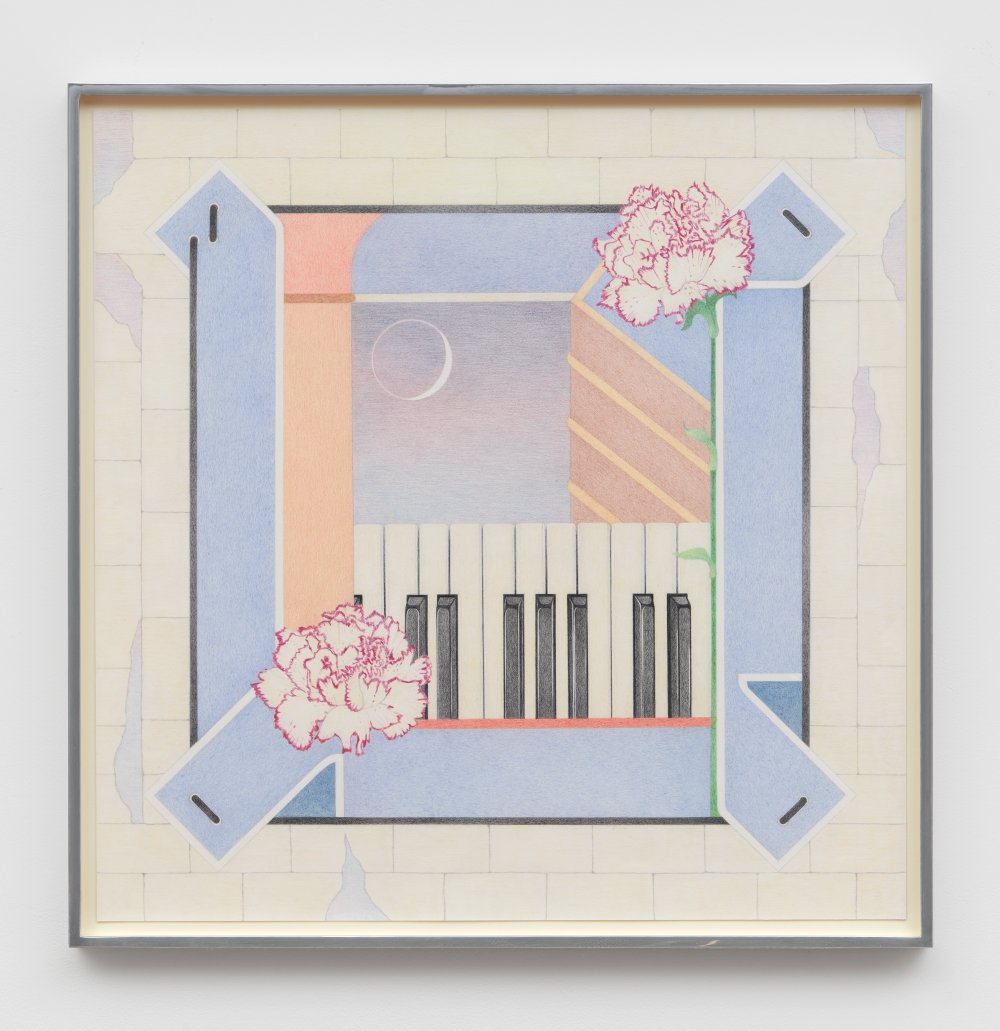 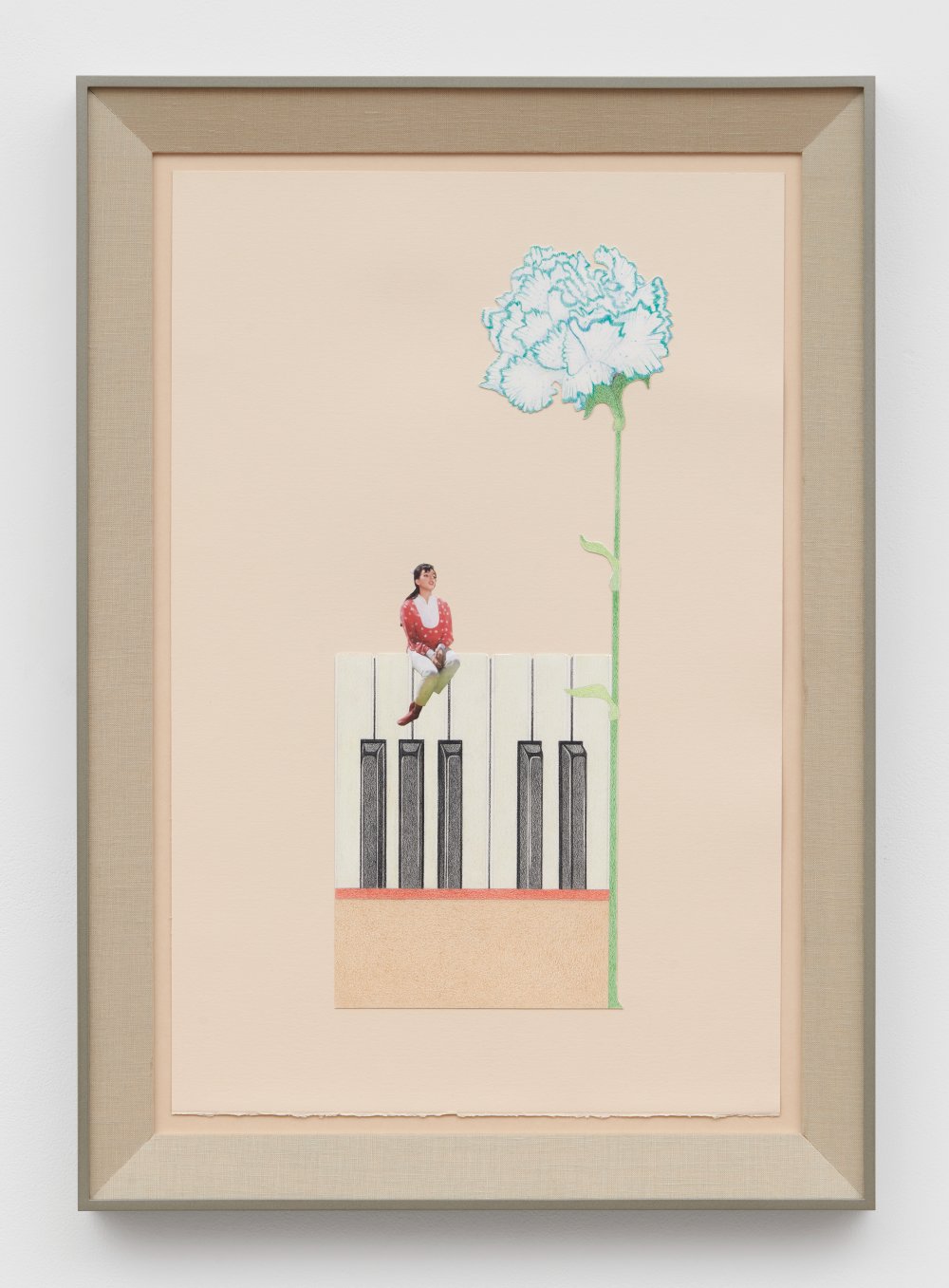 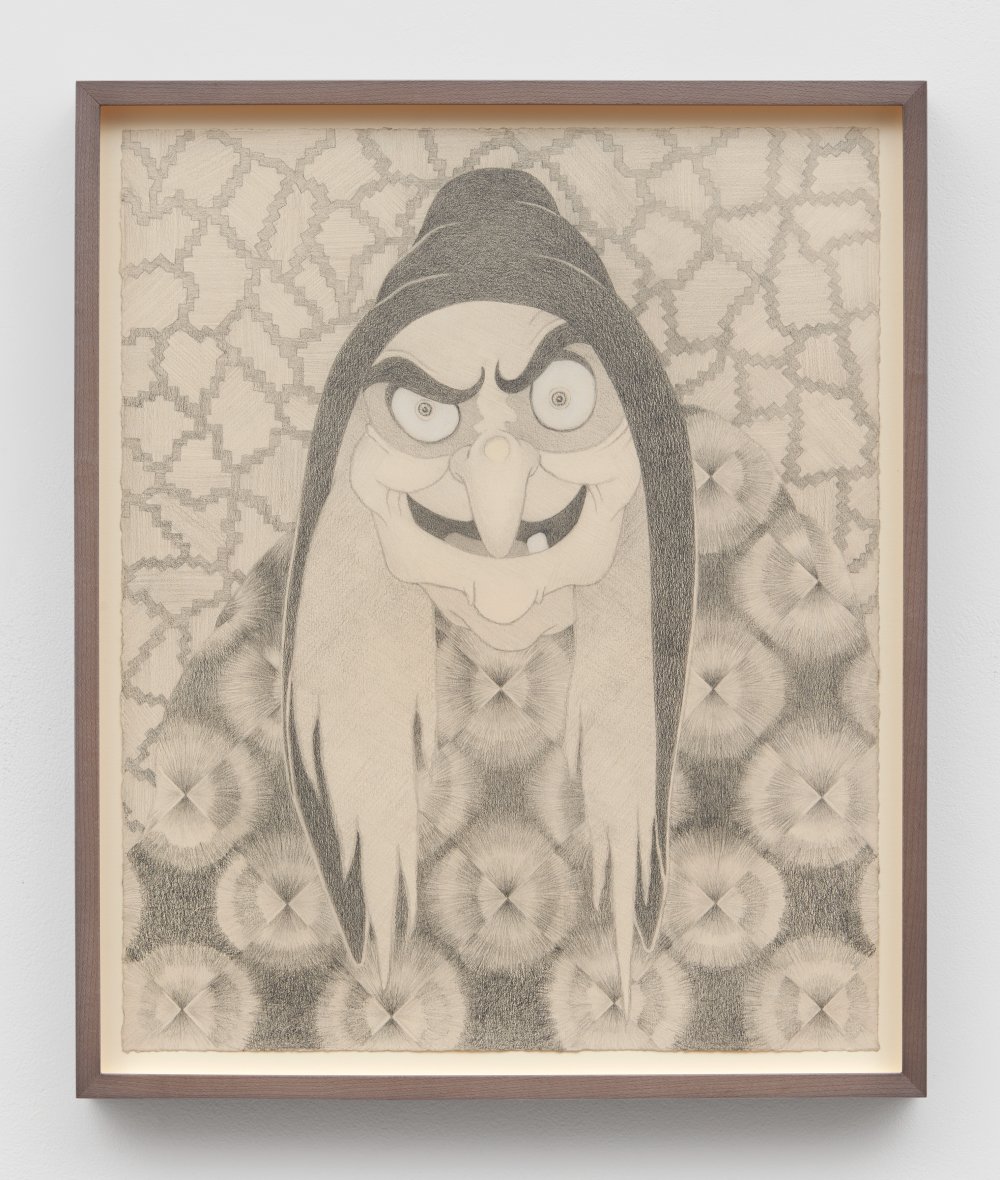 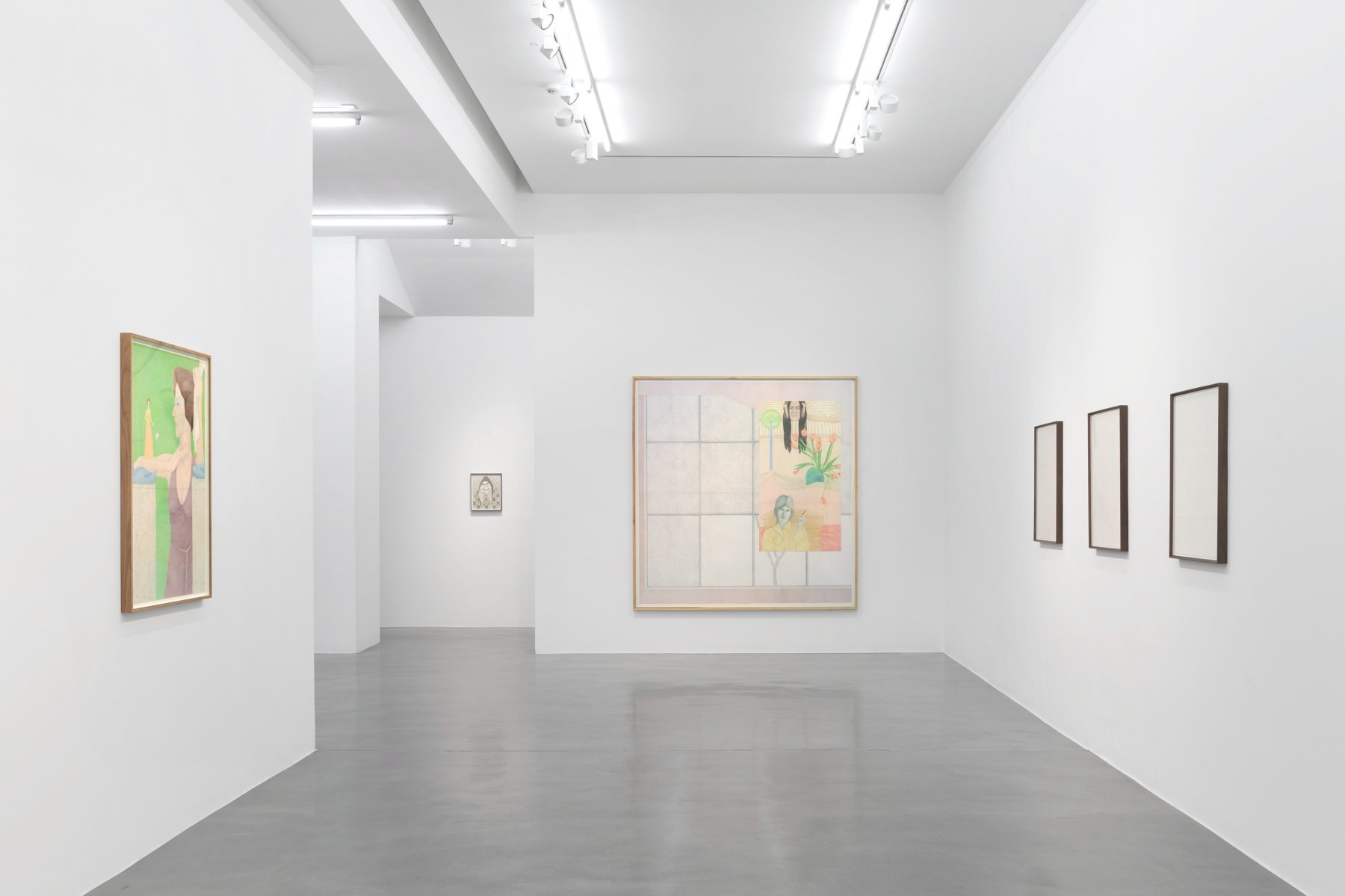 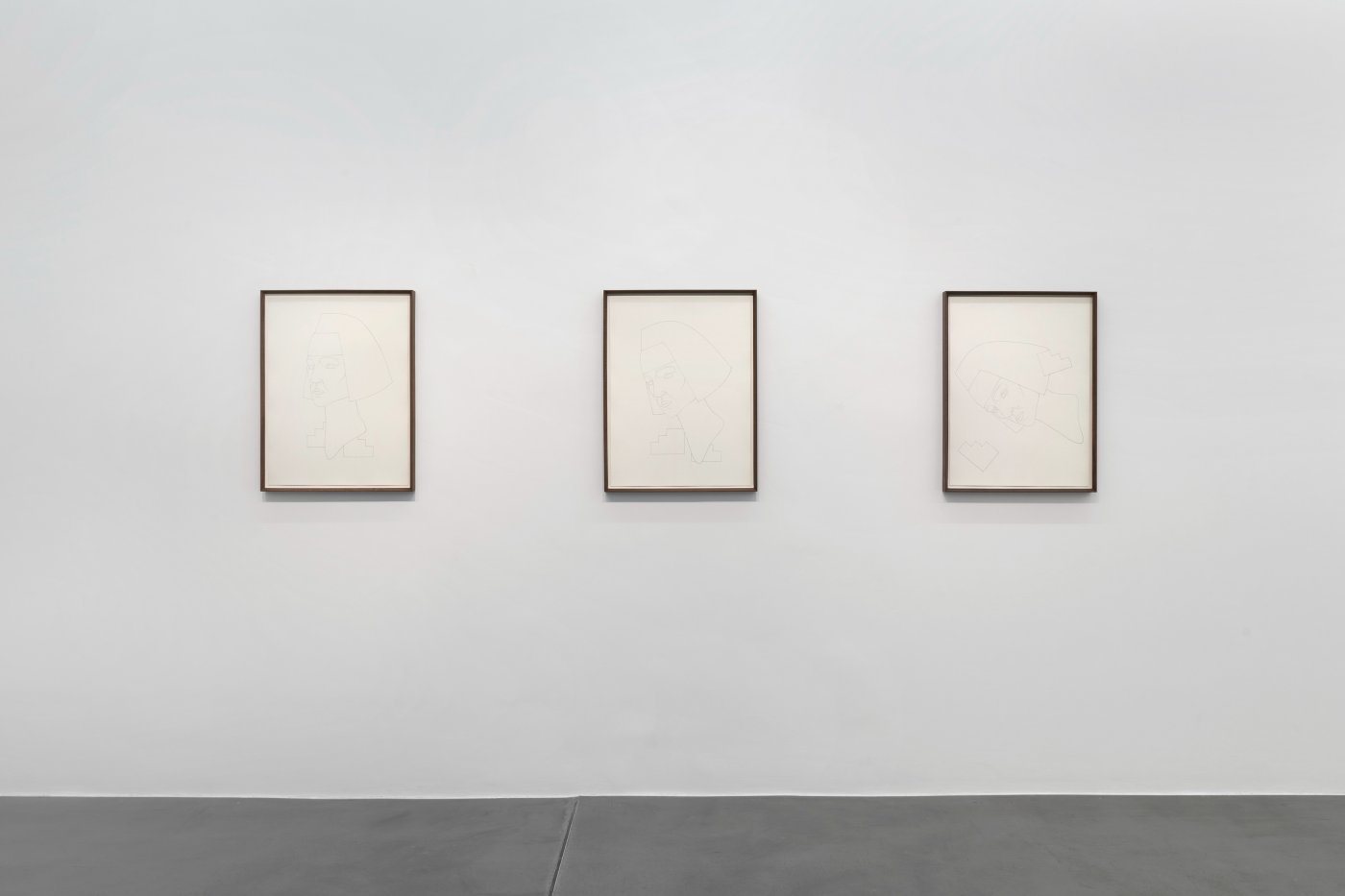 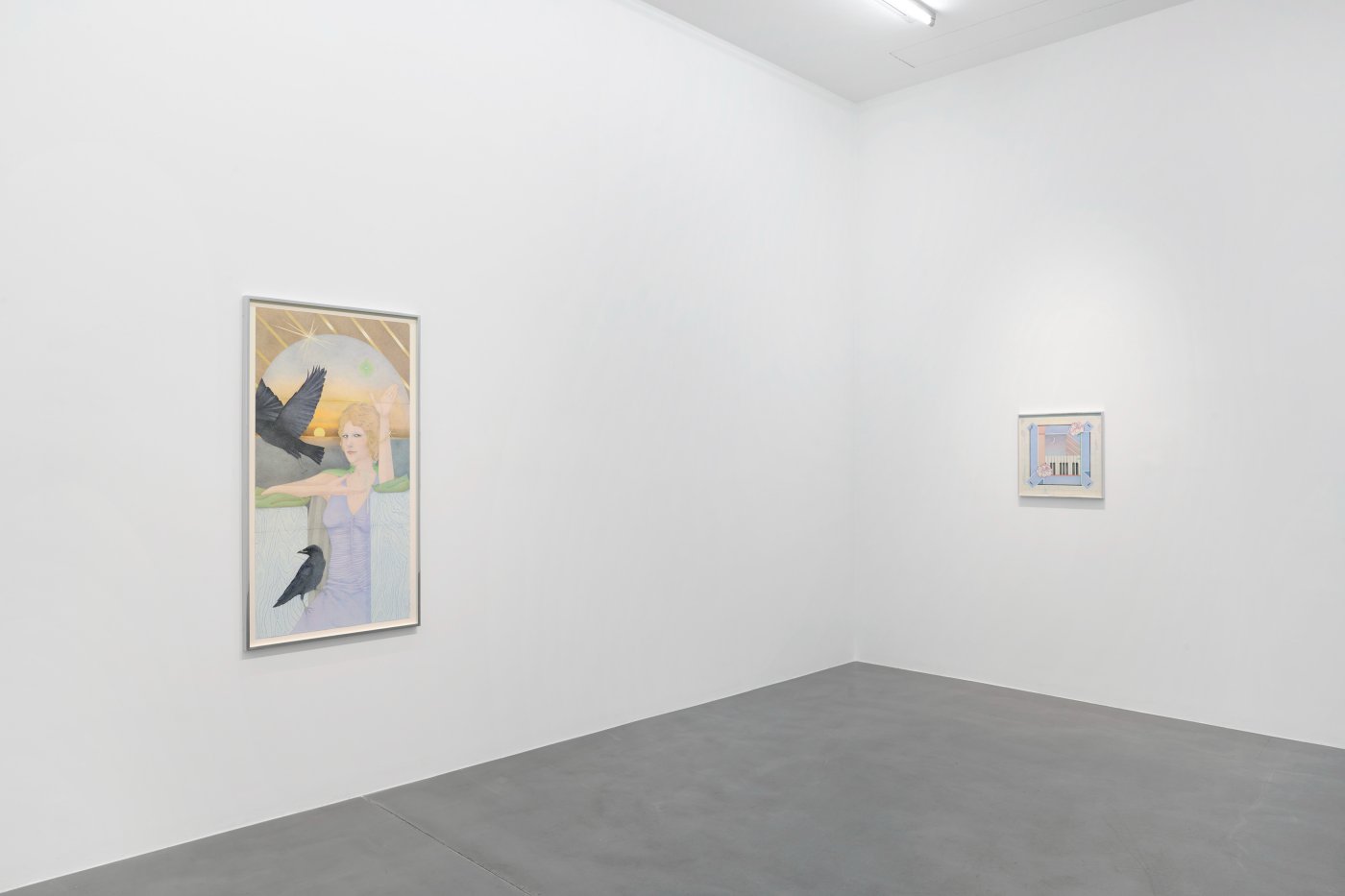 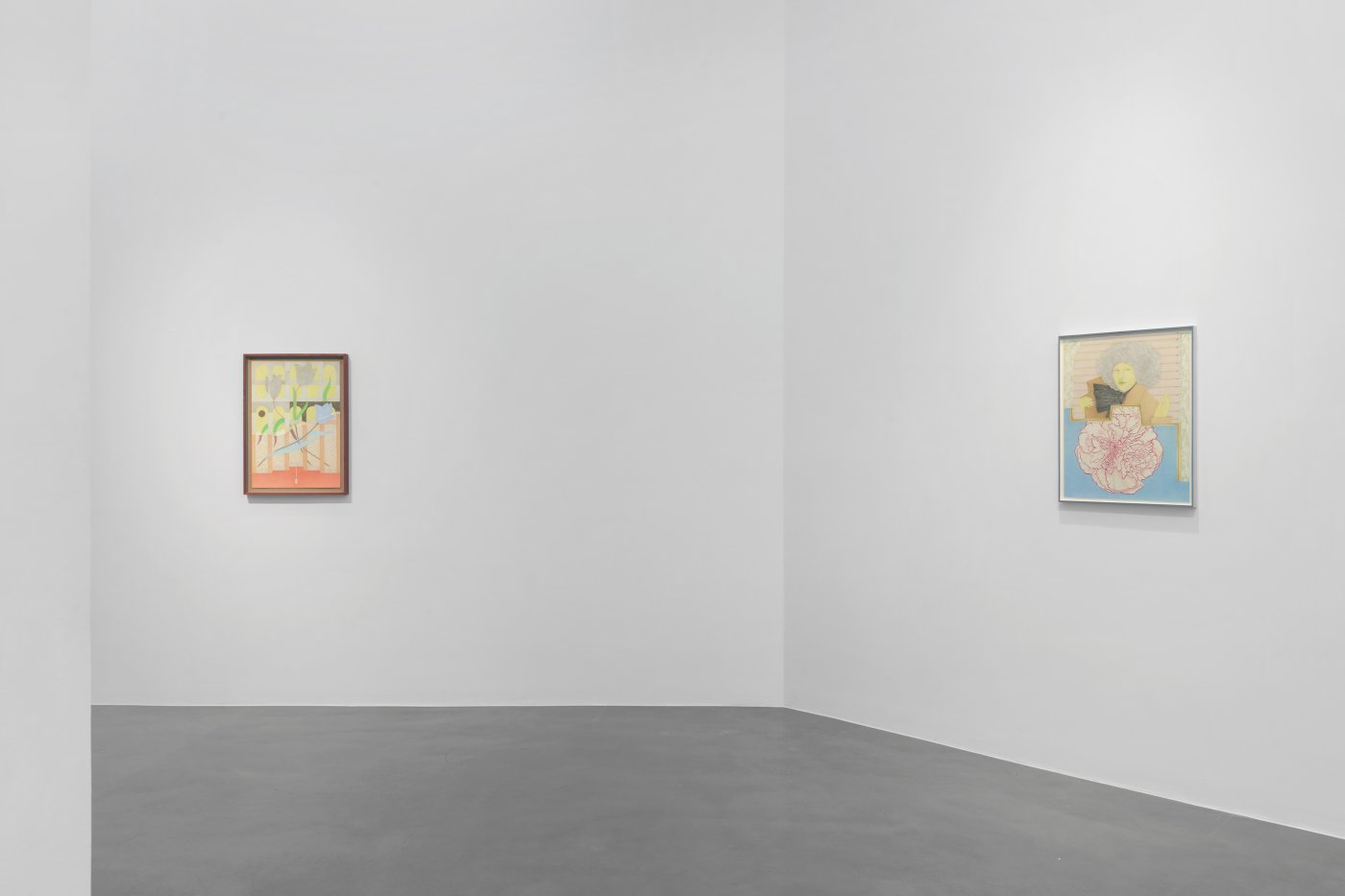 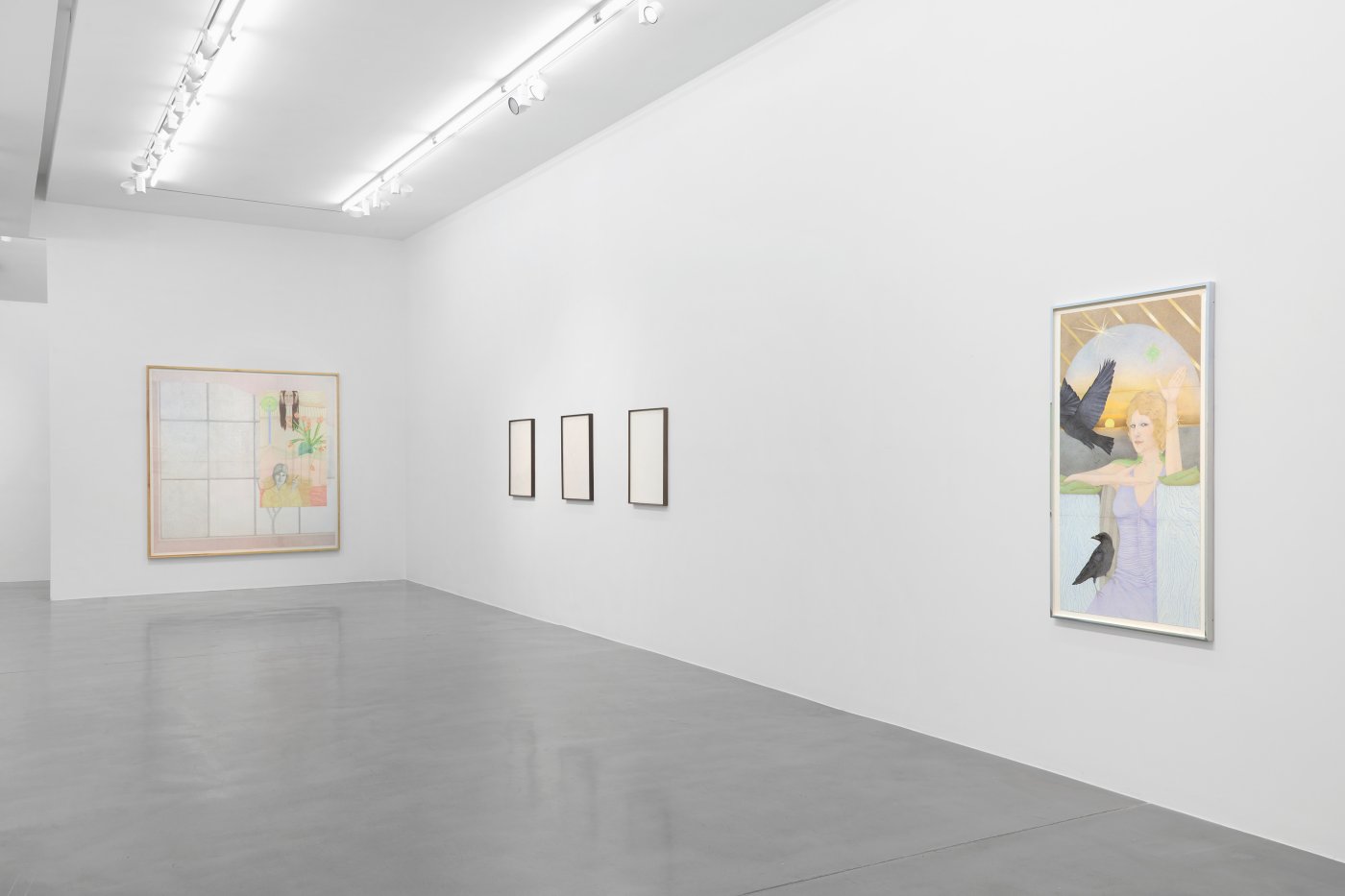 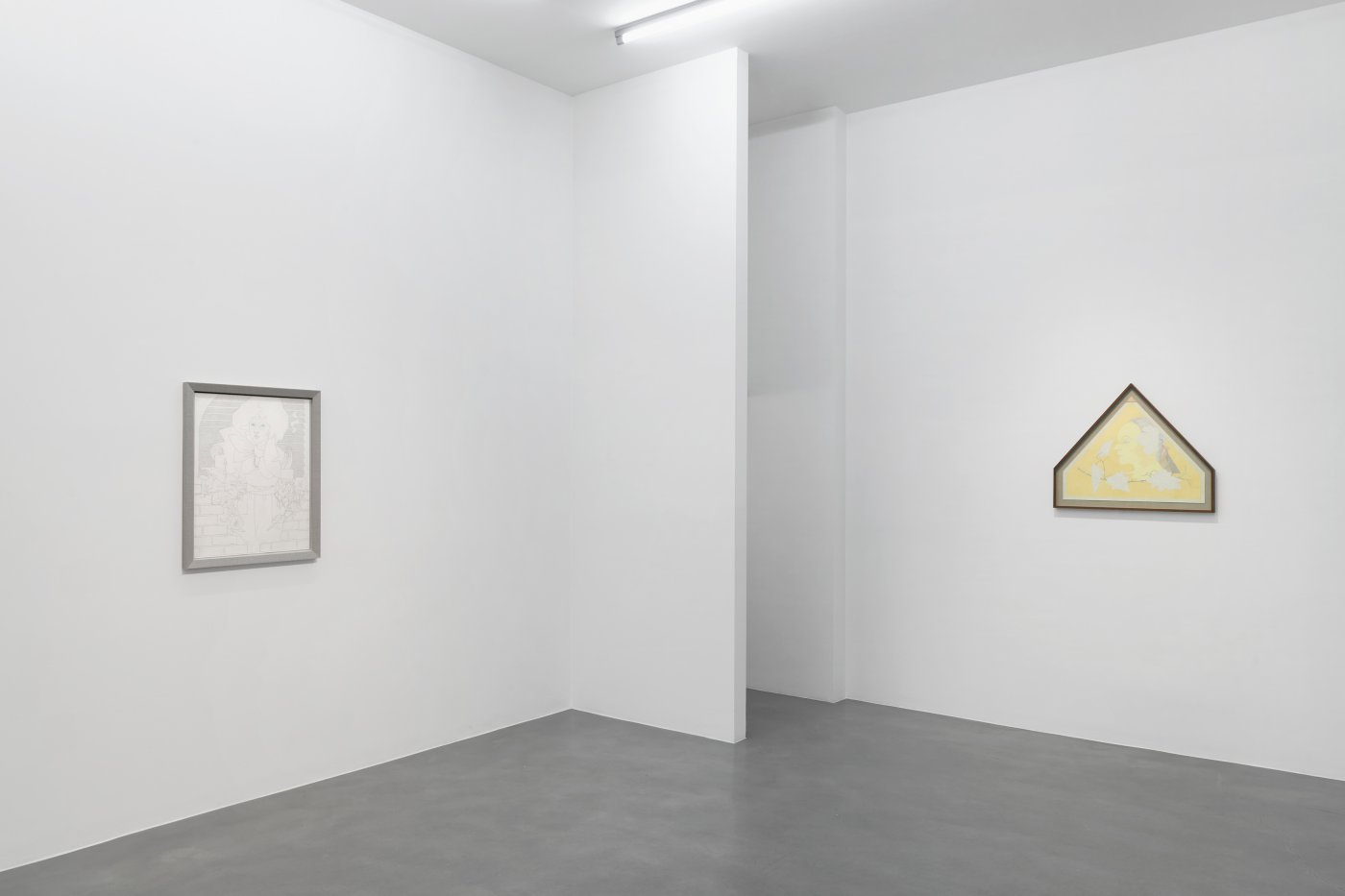 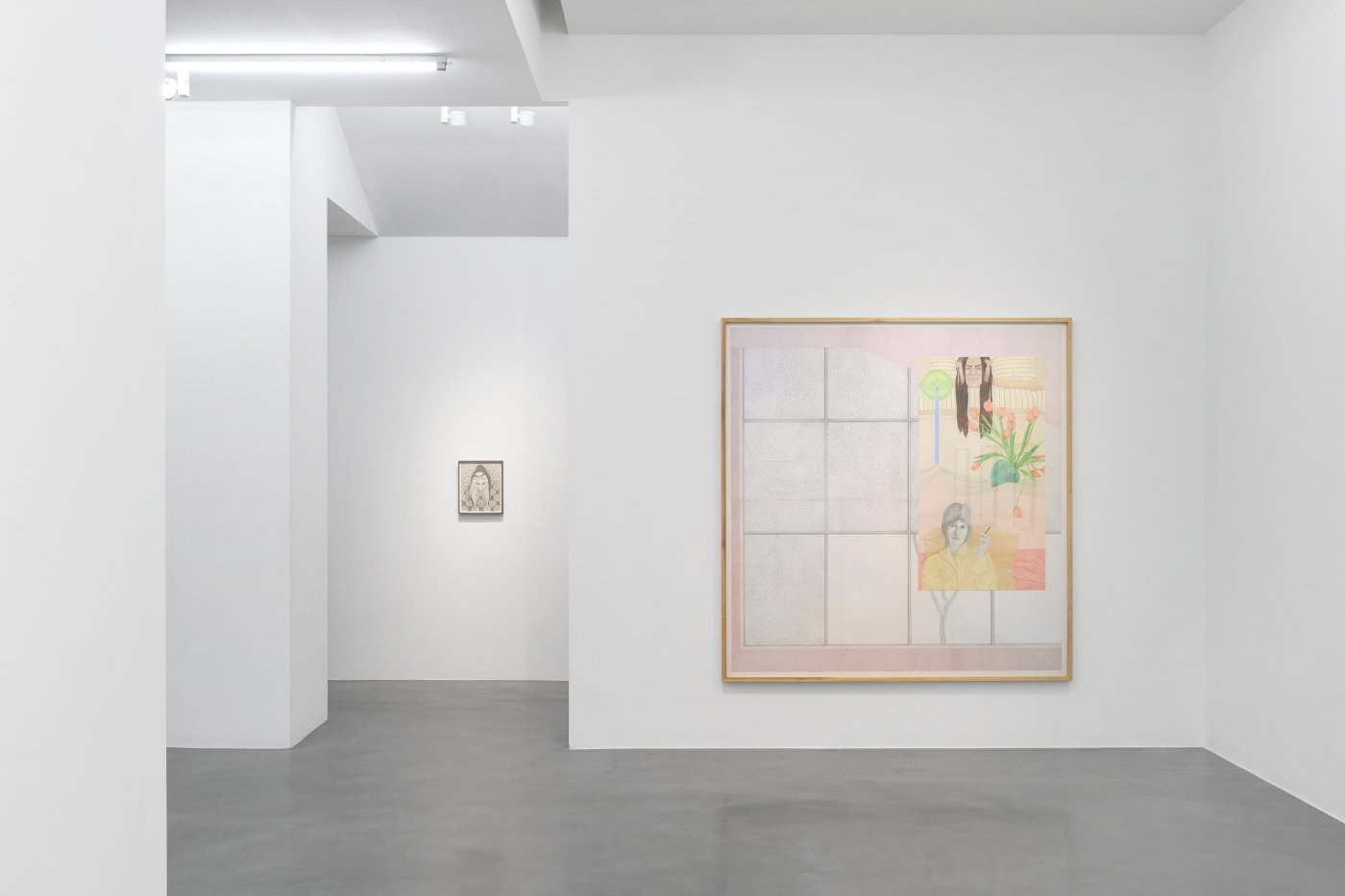 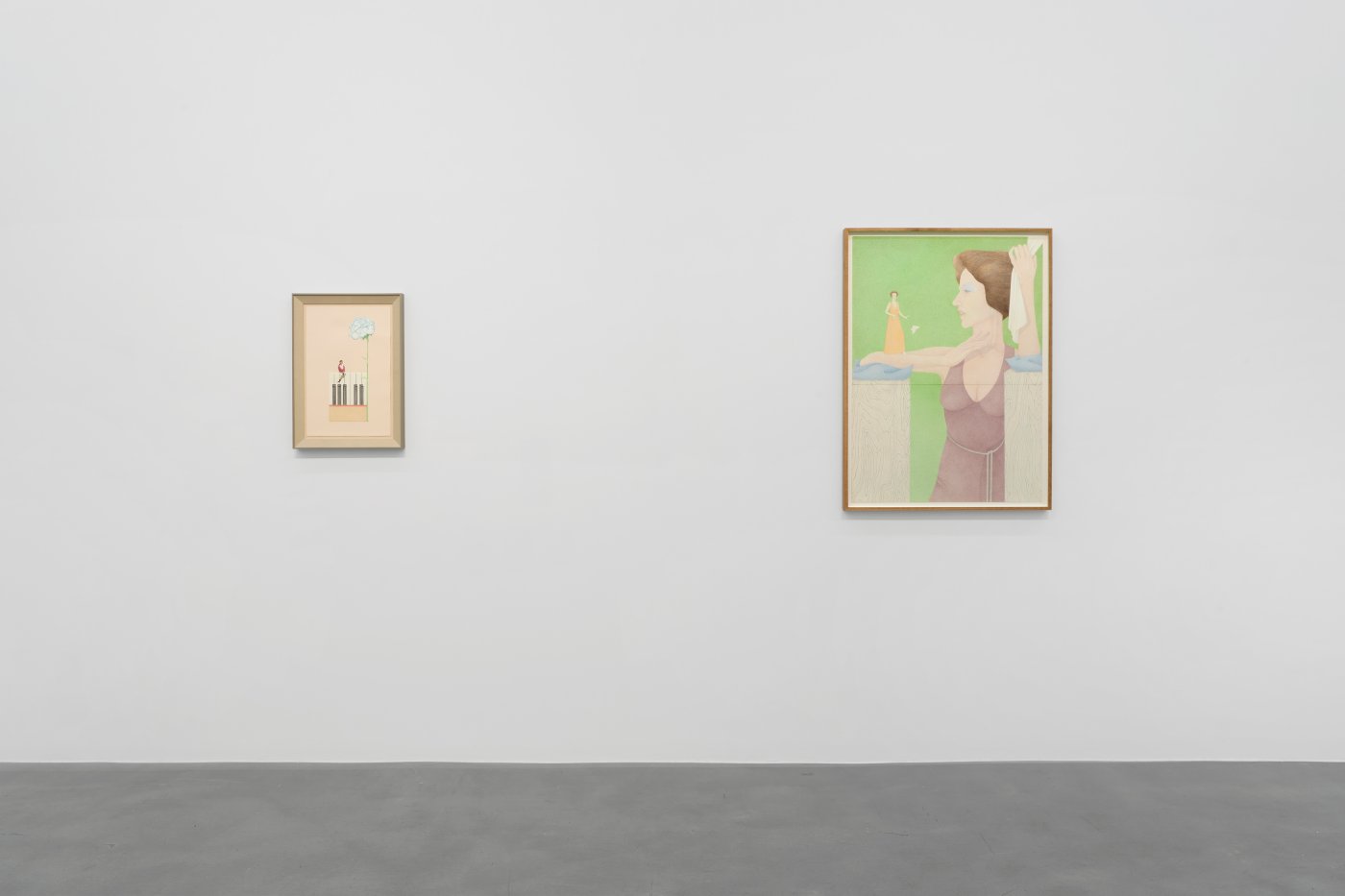 Huddleston’s dramatic compositions collapse the boundaries between life and theatre, inspired by a range of influences from the worlds of film, literature, design and the visual arts. An early career in set and costume design precipitated a preoccupation with the ephemerality of scenic design and performance, evident in her works’ careful staging. The enigmatic figures that occupy Huddleston’s richly decorative world seduce with mystifying gestures and sideways glances that evade clear-cut narrative. This cinematic quality is echoed in the time-based process of drawing itself, each work’s suspenseful narrative unfolding as though a scene from a screenplay. Underpinning Huddleston’s research for these latest works are the films of Rainer Werner Fassbinder and Chantal Akerman.

At the centre of this new body of work is Huddleston herself, whose profile resonates across a number of pictures, from the poised, highly-coiffed figure in The Stand In to the graphic contours of pharaonic-seeming statuary that spool across a suite of silverpoint drawings. Nevertheless these works forgo the traditional hallmarks of self-portraiture and in this way, the artist acts out a range of theatrical roles, from master of ceremonies to understudy, waiting impatiently in the wings to reveal herself as the leading lady. Playing more literally with the process of doubling up, in Time Passed, Huddleston layers one drawing on top of another, obscuring the rippled glass of a to-scale window.

Several other works extend the romantic pictorial motifs that have filtered in and out of Huddleston’s work since her early career, from the piano keyboard of New Moon to the tulip-laden composition of Eclipse. The evocation of memory through texture has long since been the formalist ambition of her drawings, epitomised by a carnation motif executed in Caran d’ache colour pencil that ripples throughout the exhibition, most prominently in Personal Development, where it blossoms near-sculpturally from the page. A revivalist atmosphere permeates Huddleston’s new work, from the Art Deco-like appropriation of Egyptian culture, to her subjects’ 1970s and 80s costume and styling, ultimately creating a dream-like sense of unreality akin to the make-believe world of the stage.