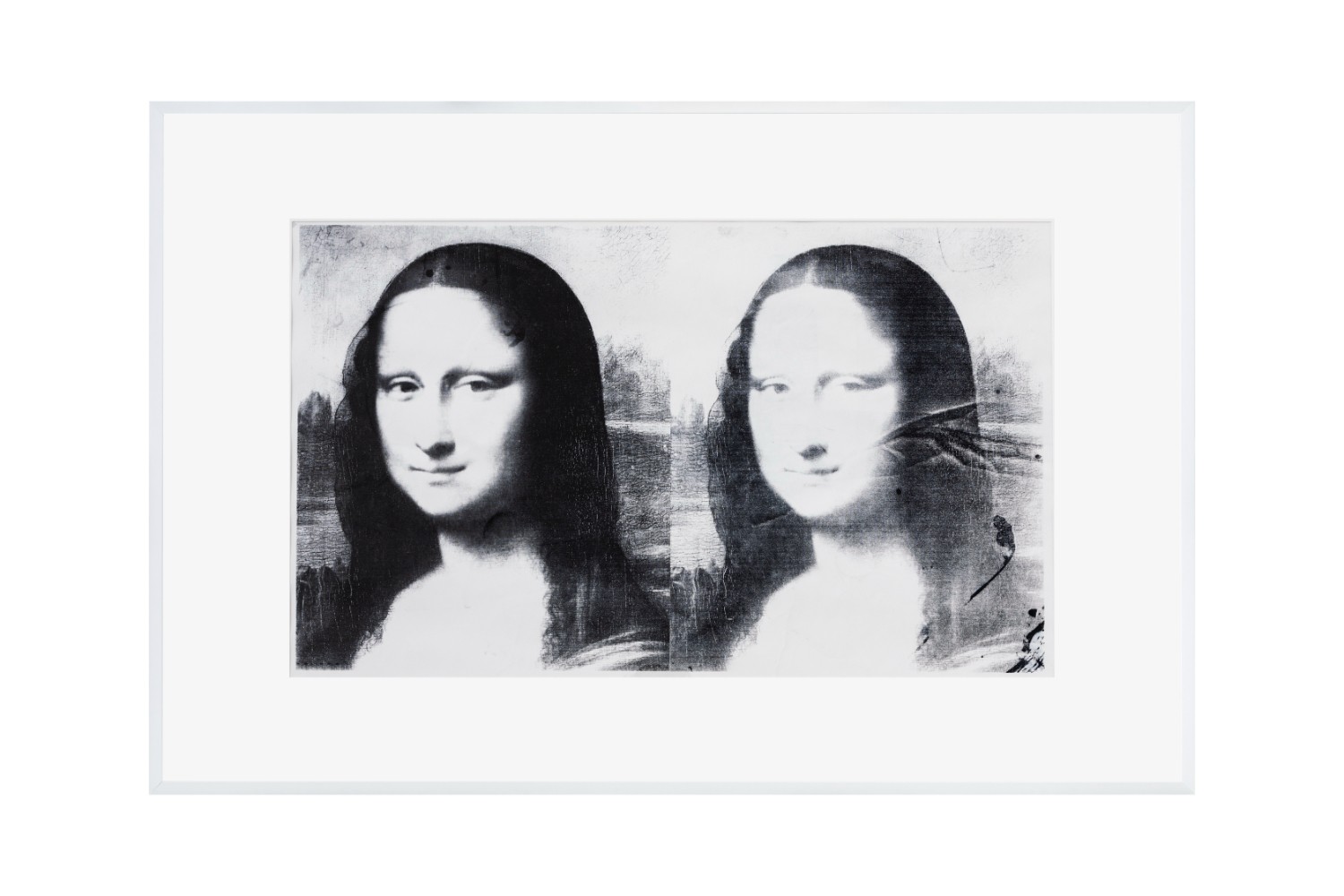 There is no smile more iconic than that belonging to Leonardo Da Vinci’s ‘Mona Lisa’. Donald M. Sheridan’s exhibition Homage to Andy Warhol is not only a great tribute to the Pop artist himself but to the Renaissance Period. Since her creation in 1503, the ‘Mona Lisa’ has transcended her status as a masterful oil on canvas to that of the ultimate pop icon. With her image proliferated across the globe on clothing, posters, magazine covers and used in advertisements and films, she is a symbol of the fusion of high-art and consumerism.

Thirty-five years ago, in 1987, Andy Warhol launched his homage to the Renaissance Master Leonardo Da Vinci at Milan’s Palazzo Delle Stelline: Warhol—Il Cenacolo. In the last decade of his life, Warhol created over 100 paintings and prints of Leonardo Da Vinci’s ‘Last Supper’, highlighting the sheer scale of the original fresco’s image proliferation worldwide.

‘I learned everything I know from him… if it weren’t for Andy, I’d be a psychiatrist. Making art is a different kind of psychiatry I guess.’
– Donald M. Sheridan

Early Years – Born in America in 1950, Donald M. Sheridan was a self-titled ‘Navy brat’ and went on to study psychiatry in college where he quickly discovered that he preferred a more artistic lifestyle. At just eighteen, Sheridan began to practice the fine art of silkscreen print-making and in 1977 he started working with the renowned printmaker Rupert Jasen Smith. The six years that followed were to be the most formative of Sheridan’s artistic career since Rupert Jasen Smith was the preferred Master Printmaker of the American Pop artist, Andy Warhol.

The University of Andy – Between 1977 and 1982 Sheridan perfected his screenprinting technique, collaborating with Warhol to make many of the Pop artist’s most famous graphic artworks. Sheridan reflected on how reverentially Andy Warhol acknowledged the talent of Smith’s studio team and recalls the moment when walking into his exhibition Portraits of the Seventies at the Whitney Museum with Sheridan and Smith in November 1979, Warhol turned to them and exclaimed: ‘What a nice show you boys have here!… Make them pretty…’. Sheridan fondly refers to this period of his career as the ‘University of Andy’.

Later Years – In 1984, after two years at the studio of fellow printmaker Larry B. Wright where Sheridan printed editions by artists including Robert Rauschenberg and Larry Poons, ‘Donald M. Sheridan Fine Arts’ was established at a studio in Williamsburg, Brooklyn. To this day Donald and his studio continue to publish portfolios and editions by emerging and established contemporary artists, collaborating with those artists who seek to enlarge their repertoire by producing printed editions and unique monoprints.