Space is made by an artist or architect; it is not found and packaged. It is made by thought.
—Donald Judd

Gagosian presents, in association with Judd Foundation, an installation of untitled, 1980, the largest single plywood work by Donald Judd. This is the first time the work has been exhibited in New York since it was originally shown at Castelli Gallery in 1981. The exhibition coincides with a retrospective of Judd’s work at the Museum of Modern Art, New York—his first major American museum survey since 1988. 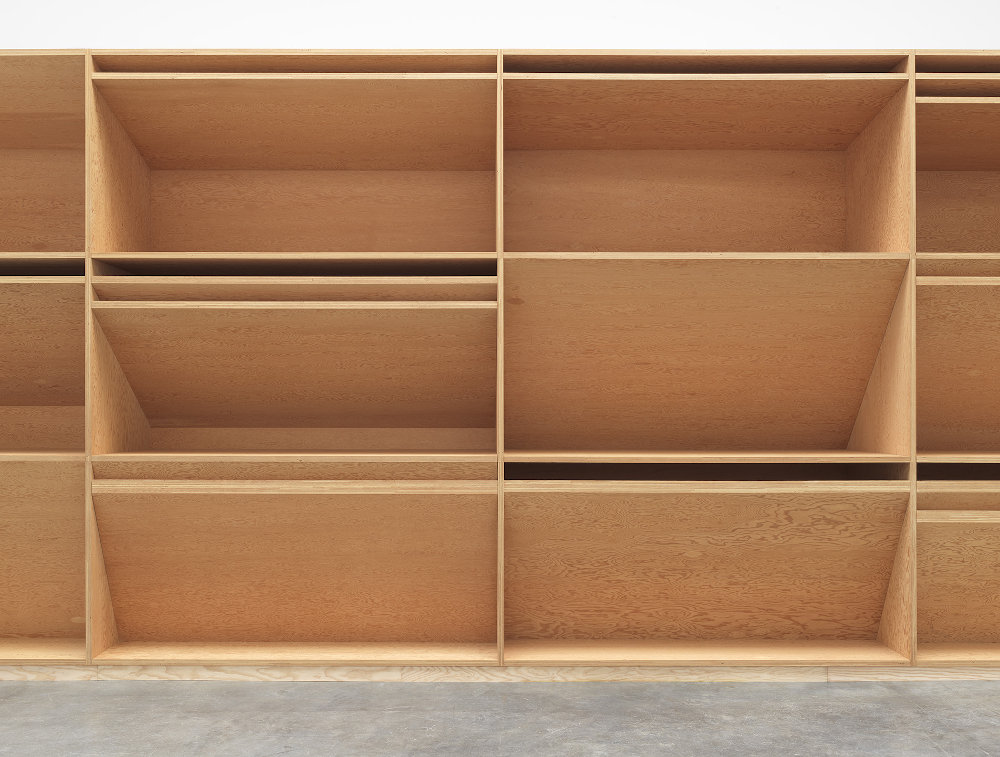 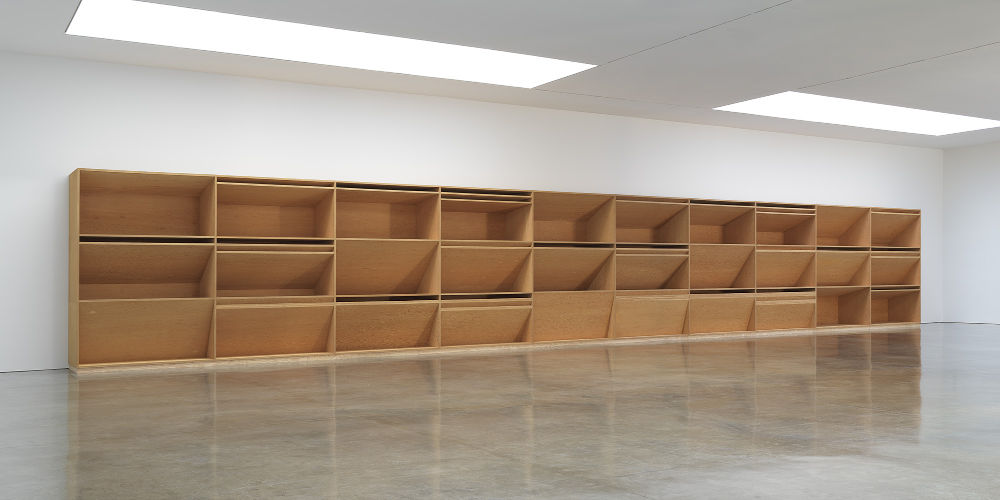 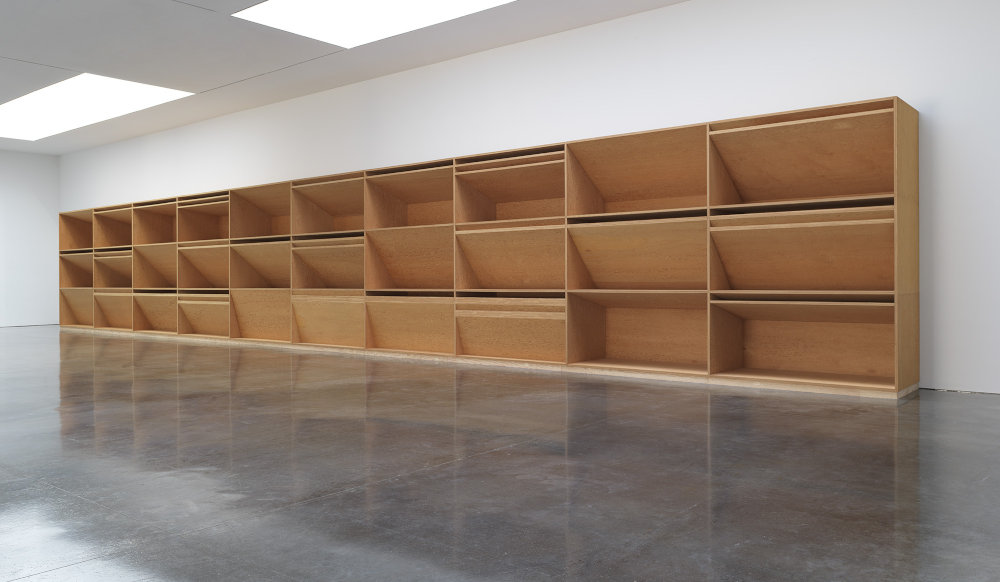 Made from Douglas fir, the work is a gridded construction in three parts, each defined by horizontal and diagonal planes. Measuring 80 feet wide, it spans the entire back wall of the 21st Street gallery. In its fusion of wall- and floor-based formats, the work confirms Judd’s mastery of light and space. It manifests his desire to realize “the simple expression of complex thought,” an idea he considered independent of the Minimalist label to which his work was—to his displeasure—often linked. Judd also used other materials at a large scale, including weathering steel (as in untitled, 1982, which is part of the collection of Western Washington University in Bellingham) and concrete (fifteen untitled works made between 1980 and 1984 that are installed at the Chinati Foundation in Marfa, Texas).

One of the most significant American artists of the twentieth century, Judd produced visual and written work that still exercises an influence across disciplines. Starting out as a painter—as well as a prolific critic and essayist—he began making three-dimensional pieces in the early 1960s, aiming to purge his practice of the illusionism associated with painting and to distance it from grand philosophical statements. Toward the end of the decade, he became increasingly driven to install works permanently, beginning at 101 Spring Street, New York. In 1973, he began acquiring buildings in Marfa with the same principle in mind, also using them as sites in which to live and work. All these spaces are today part of Judd Foundation.

In addition to his use of aluminum and acrylic sheets, Judd began making objects from plywood in the late 1970s. The neutrality of these industrial mediums—their freedom from connotation—and the precise ways in which they could be manipulated and combined allowed Judd to focus on the play and interaction of solidity and absence. The work on display at Gagosian exemplifies his emphasis on calculated proportion and schematic variation. Judd was interested in the self-aware act of looking, and in engagement with raw materials and unadorned forms.

Flavin Judd, the artist’s son and artistic director of Judd Foundation, has described the 1980 work as akin to a Bach fugue in its complexity, especially when compared to his late father’s other plywood structures. Emblematic of his ability to imbue a restricted number of seemingly austere forms with a surprising experiential richness, the work is at once reserved and imposing, an object of authoritative stillness that exerts an almost gravitational pull.

A catalogue with essays by Martha Buskirk and Rudi Fuchs will be published on the occasion of the exhibition.