Lehmann Maupin presents an exhibition of new work by London-based artist Do Ho Suh. Working across various media, including sculpture, drawing, photography, and film, Suh engages ideas of home, memory, psychic space, and displacement. In this exhibition, Suh expands on his exploration of the politics and subjectivity of memory, a concept that has remained central to his practice over the last 25 years. 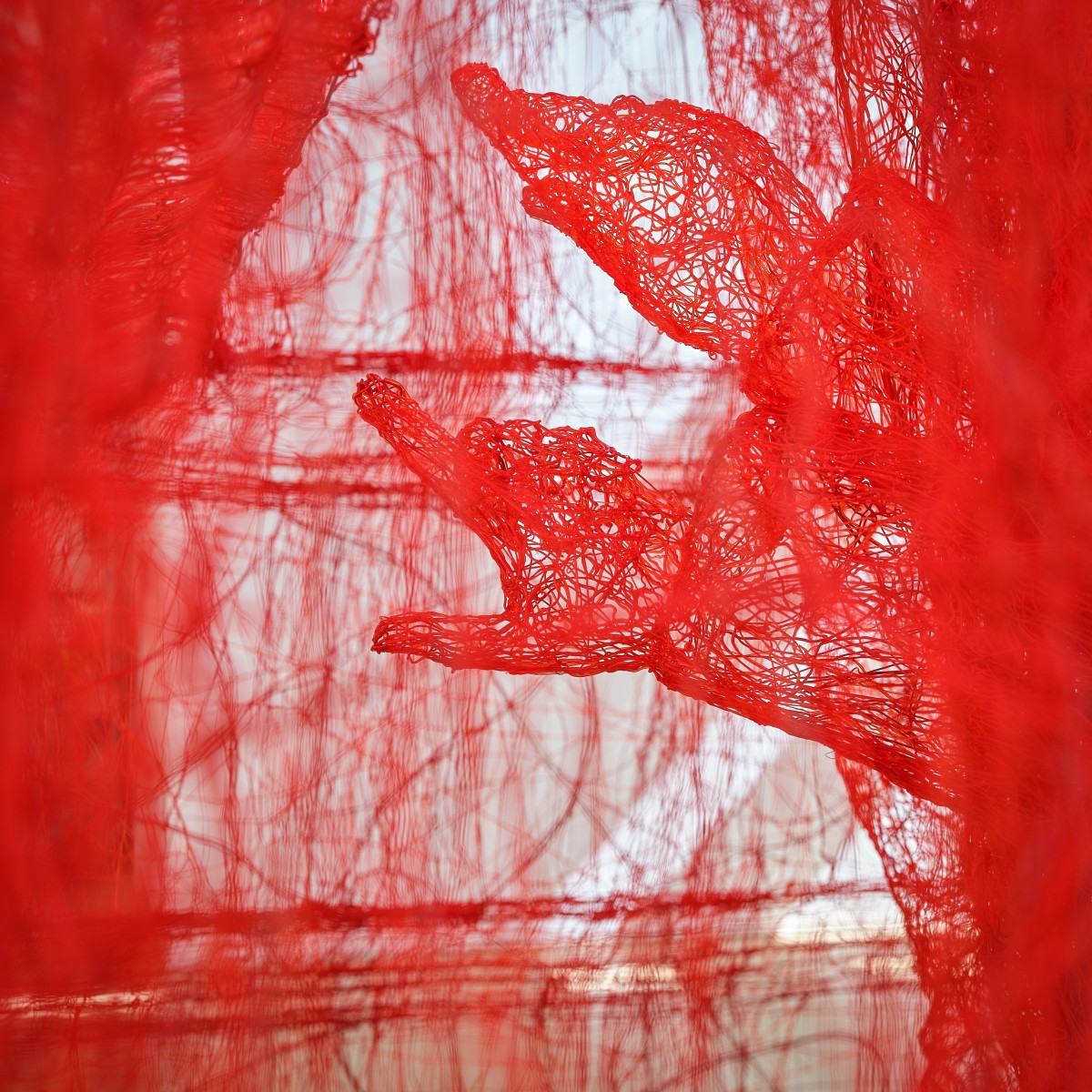 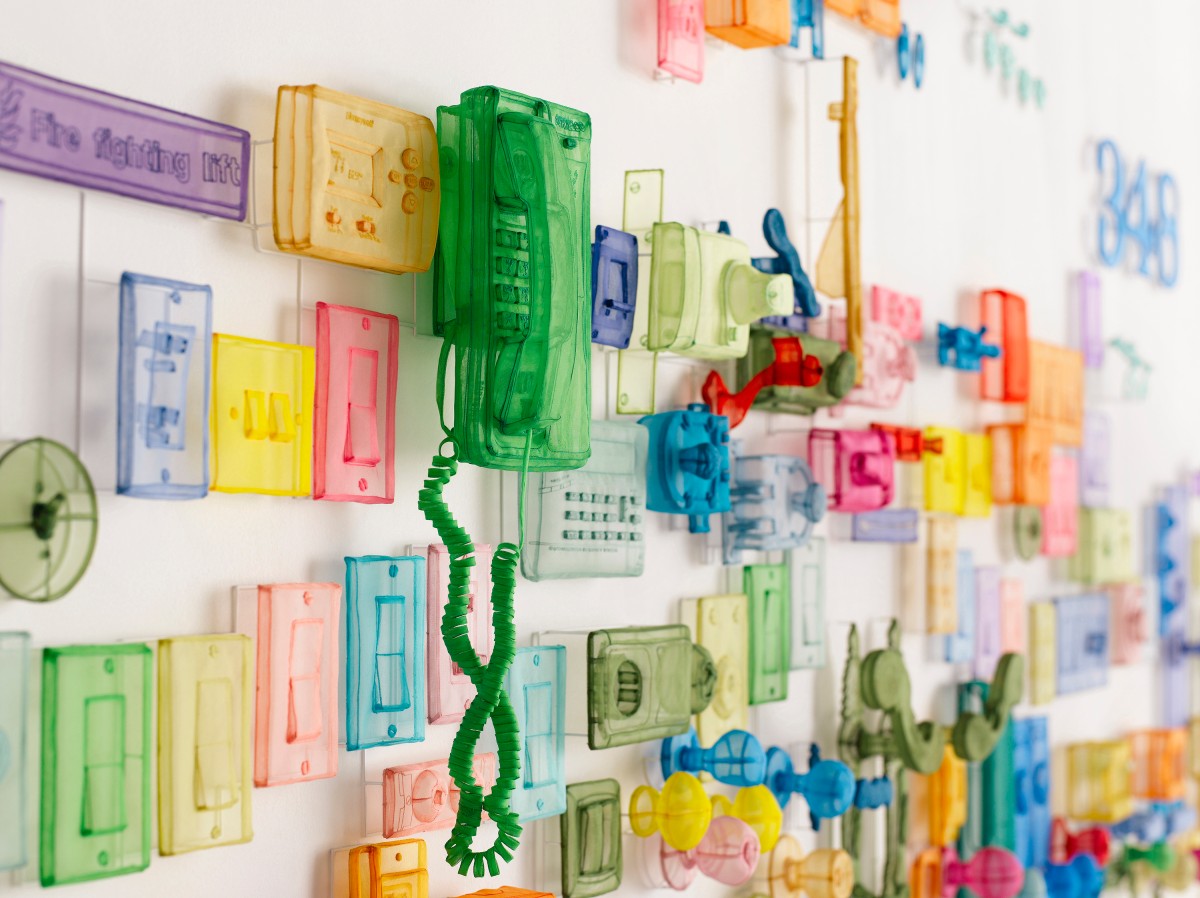 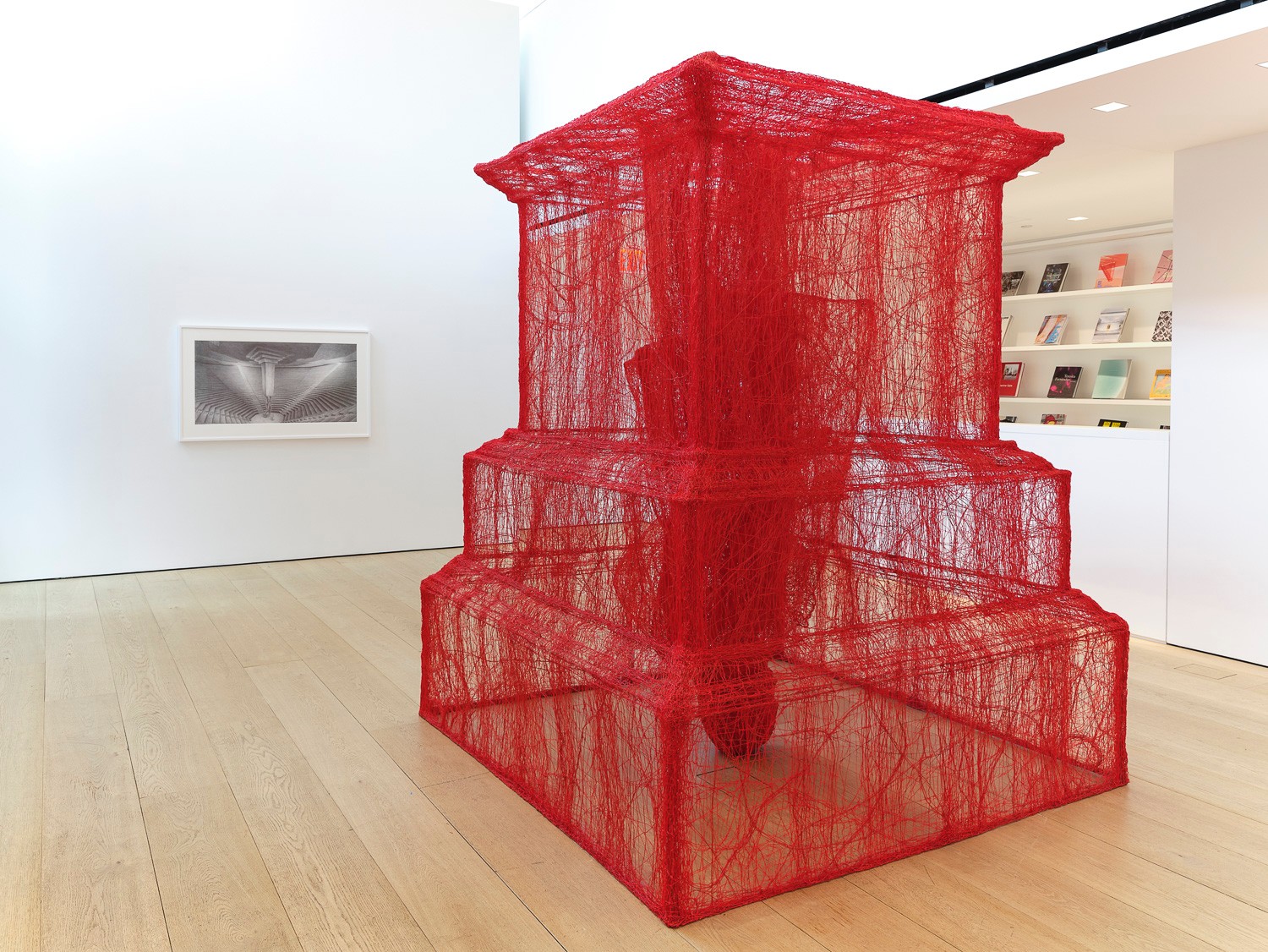 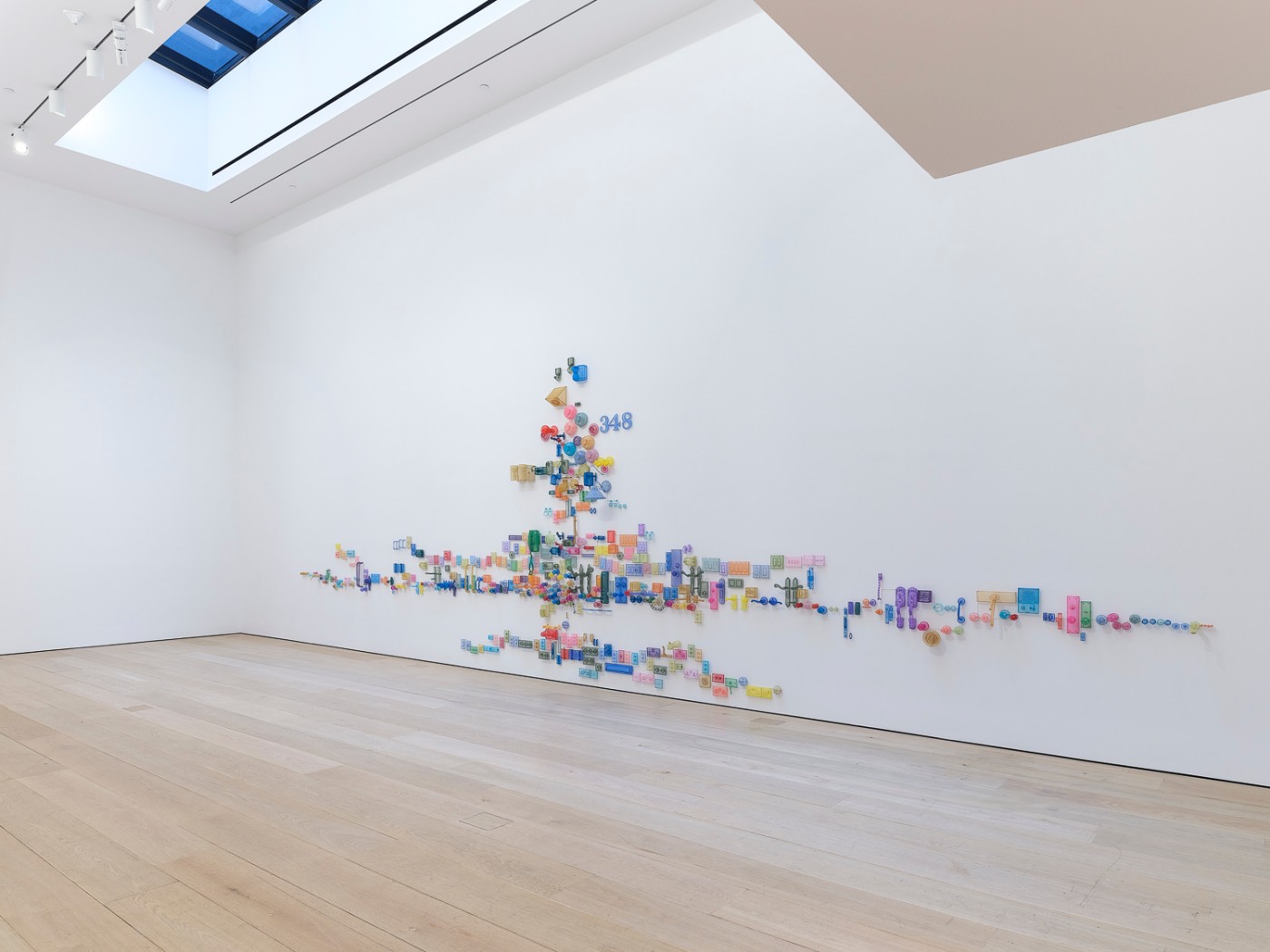 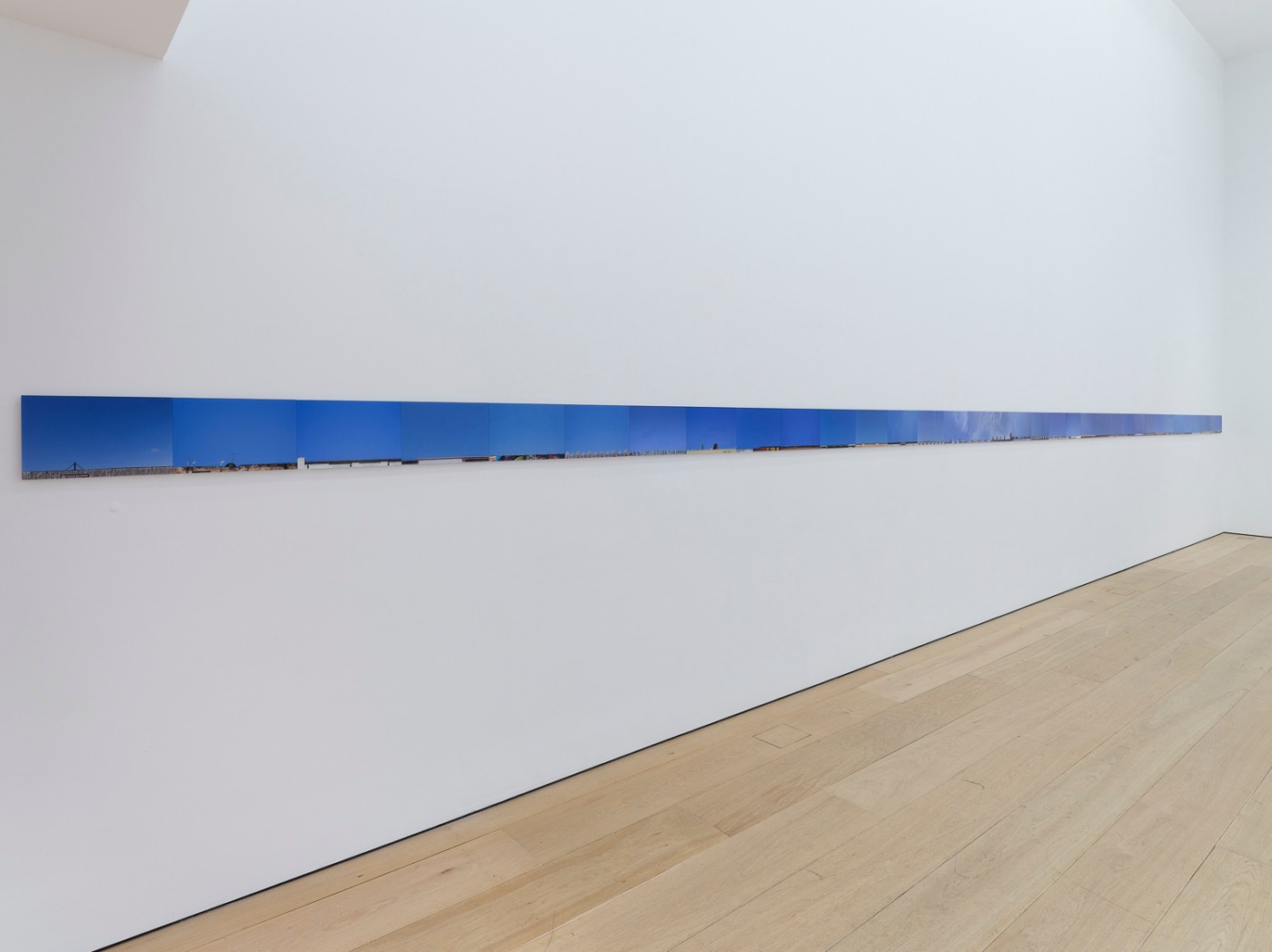 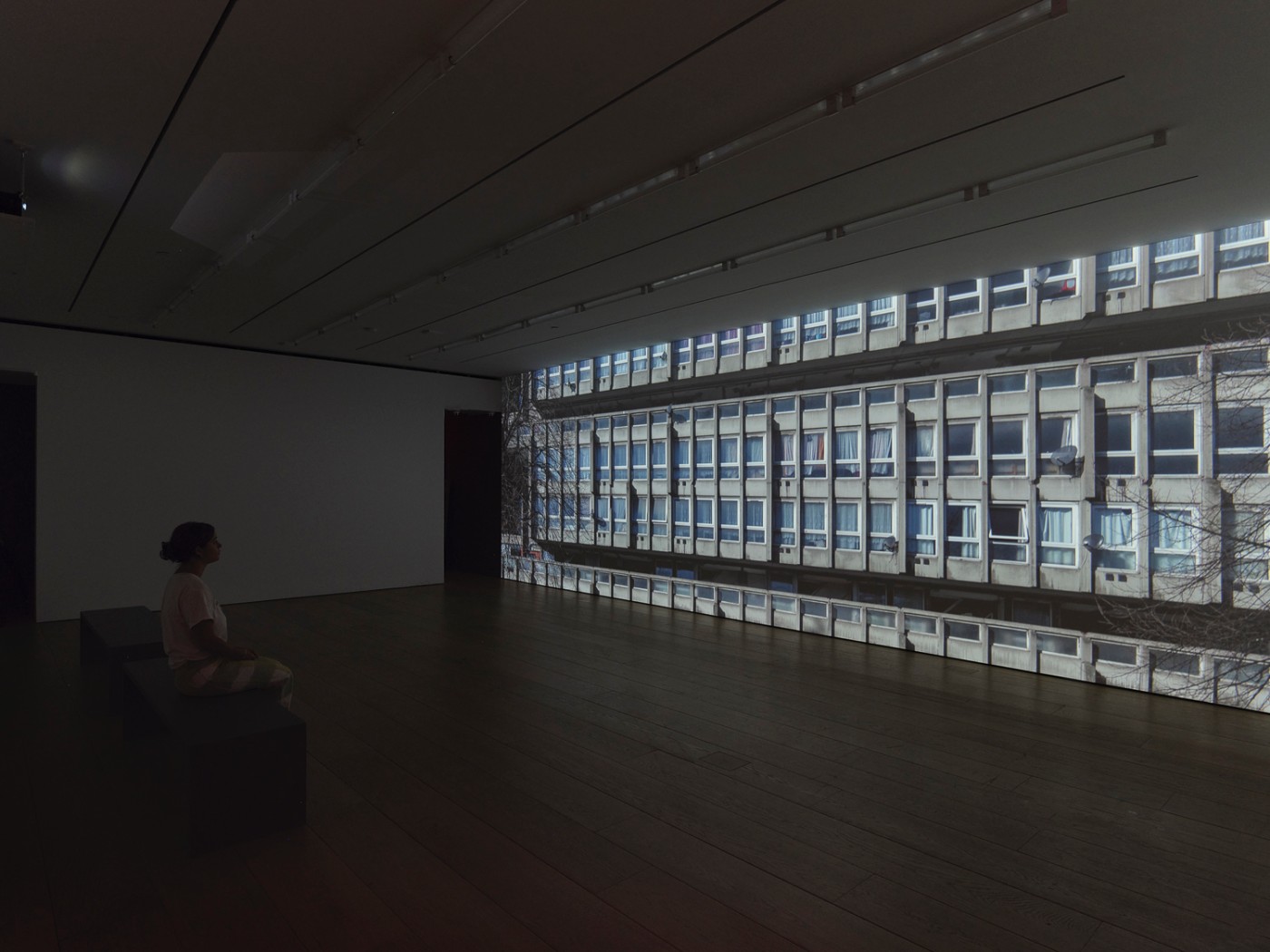 Suh has long been interested in the role of public monuments, first explored with Public Figures (1998) and particularly in what he refers to as the “self-authorizing framework” of the pedestal. The presentation opens with Inverted Monument (2022), a large-scale sculpture made of extruded thermoplastic polyester developed as part of an ongoing research project with a robotics team at the Centre for Print Research, UWE Bristol. Combining robotic and analogue techniques, this project arose over the course of the pandemic and demonstrates the artist’s interest in questioning the authority and agency of the artist’s hand. Intricately rendered, tangible yet diaphanous, Inverted Monument draws on generalized concepts of an “ideal” monument based on the lexicon of Western statuary and the power structures it upholds. The requisite commemorative figure is positioned upside down within the body of a classically proportioned pedestal, the top of the figure’s head grazing its base. Here, Suh redirects the viewer’s gaze from the top of the pedestal to its very bottom, turning the logic of the public monument on its head and challenging what and who we choose to elevate in civic spaces.

Also included in the exhibition is a new work composed of elements from Suh’s long-running Specimen series. Comprising detailed fabric replicas of objects from his past and present residences and studio spaces, Suh’s Specimen include doorknobs, light switches, cupboard handles, and bath fittings. Each sculpture is precisely measured and modeled after a household object that has been habitually touched by the artist—those with which we often have a deep and unquestioning familiarity. While Suh’s Specimen are typically exhibited in groupings based on type or location, in this exhibition the artist brings together more than 400 objects to create a new installation, titled Jet Lag (2022). Uniting multiple geographies and different phases of his life in a single work, Suh collapses physical coordinates and linear time, presenting each Specimen as part of the sum of a lifetime’s domestic memory and opening up the possibility of space as transportable.

The exhibition also features photography, drawings, and plans which expand Suh’s portraits—sometimes whimsical, elsewhere architectural in their specificity—of life in a globalized world. In a number of these works, Suh offers speculative possibilities for artworks that would be literally or metaphorically impossible to realize, but which offer alternatives to the status quo. One Sky (2022) comprises a series of photographic skyscapes from global locations meaningful to the artist. Exploring connectivity, urban development, and the conditions of life in lockdown, One Sky presents a slight, horizontal sliver of built structure beneath an expanse of sky.

On the lower level of the gallery, an immersive video installation probes the relationship between the public and private. Dong In (2022) records the architecture of one of the earliest modernist apartment blocks in the South Korean city of Daegu ahead of its scheduled demolition. Through an involved process of painstakingly captured timelapse from which he produced flythroughs, Suh captures the textures and materiality of the building. Using complex rigging systems, the camera moves from the exterior of the Dong In building to its interior—and back out again—toying with the demarcation between these spaces and suggesting the porosity of the building. The work functions as a record of a specific site and a poignant portrait of homes prior to destruction. With Dong In and throughout the exhibition, Suh asks viewers to consider what we memorialize and why, from the private sphere to our most public domains.