This spring, MAMCO has decided to turn back to Letterism and the Situationist International, two artistic movements from Paris which occupied a very special place on the political horizon of May 1968. The exhibition has been organized by a group and its method is to follow “the passage of a few people over quite a short period of time,” rather than enter into the genealogical quarrels that constantly agitated these two artistic groups. 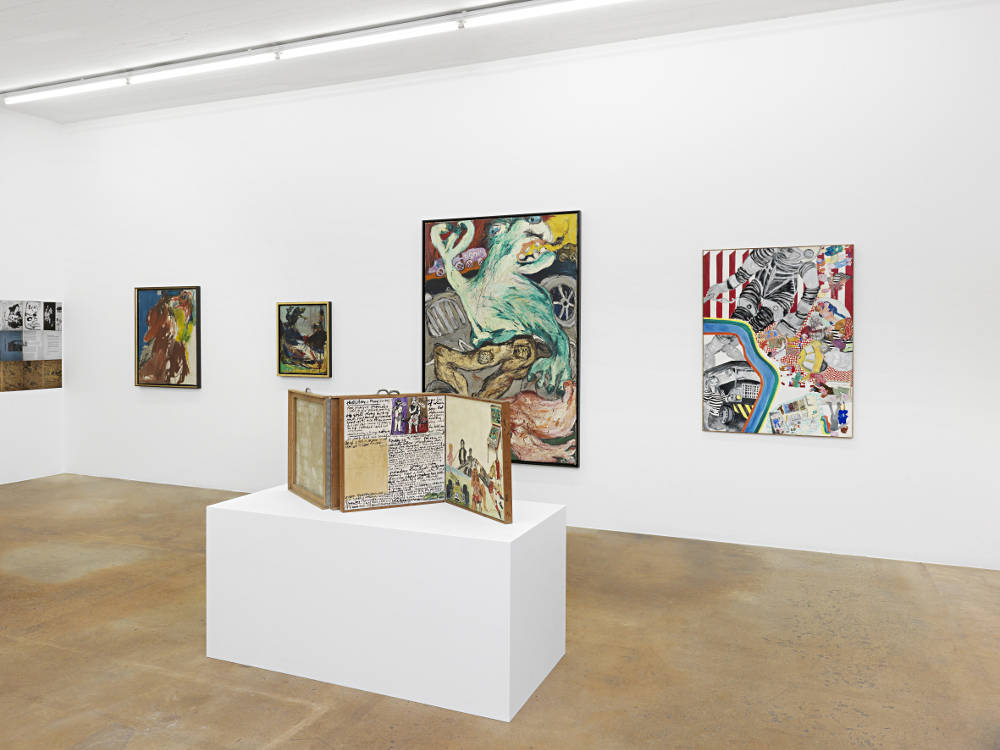 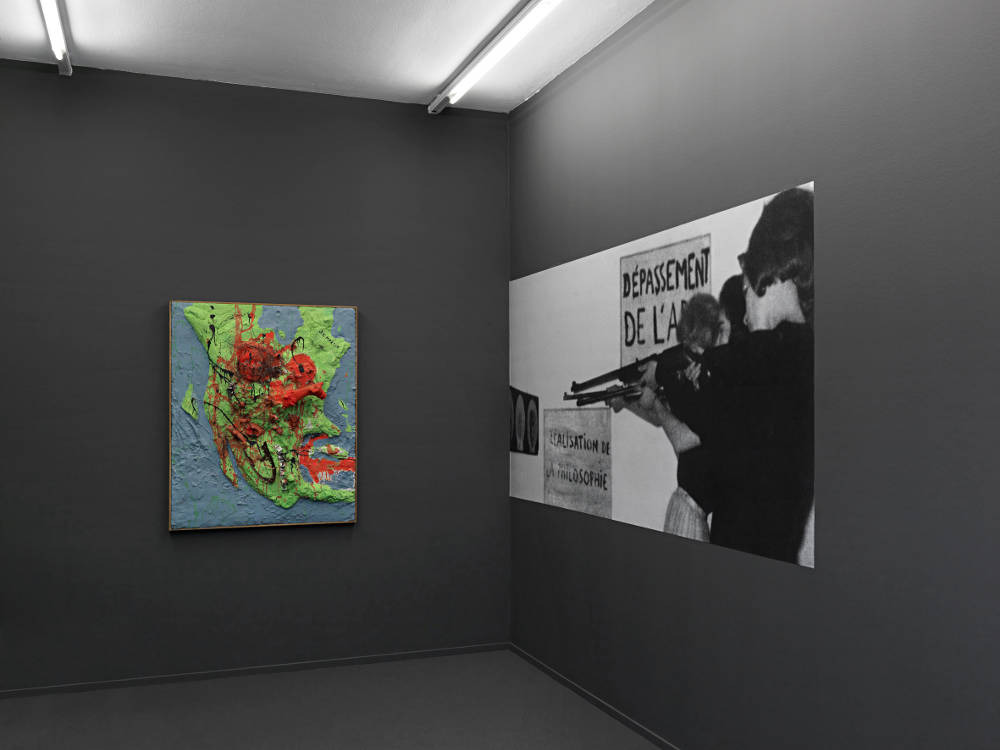 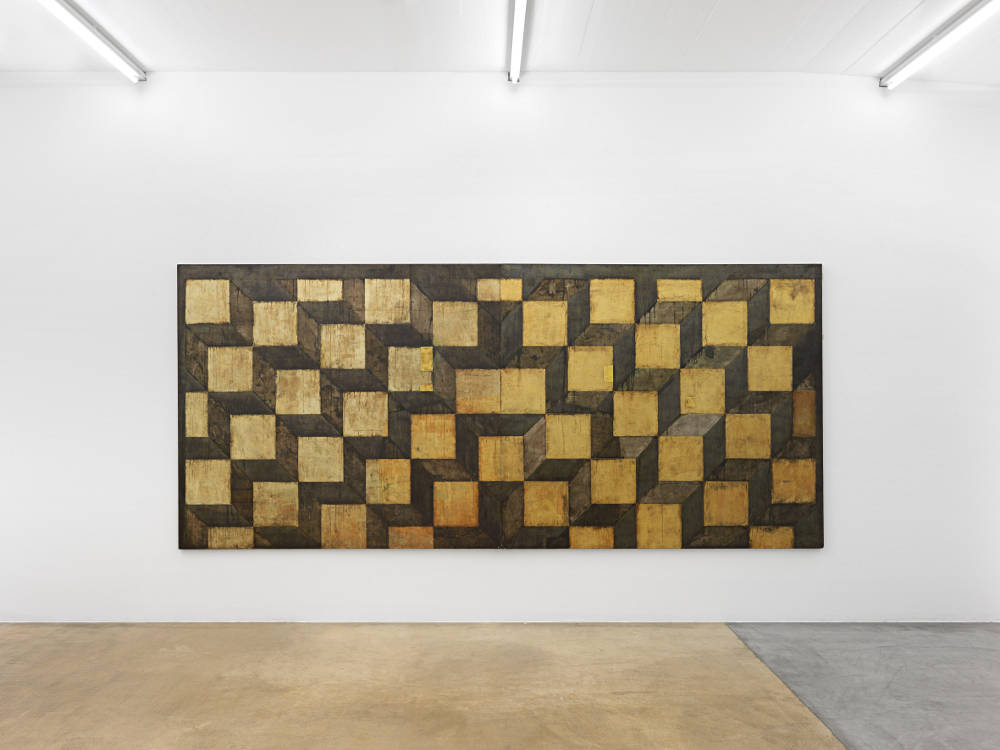 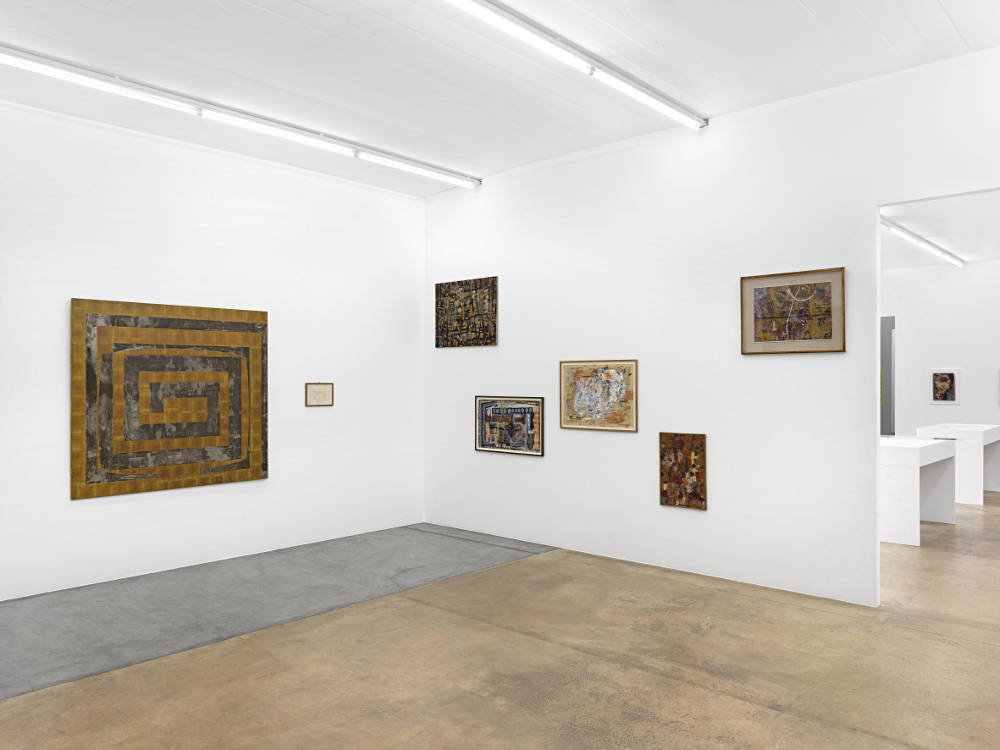 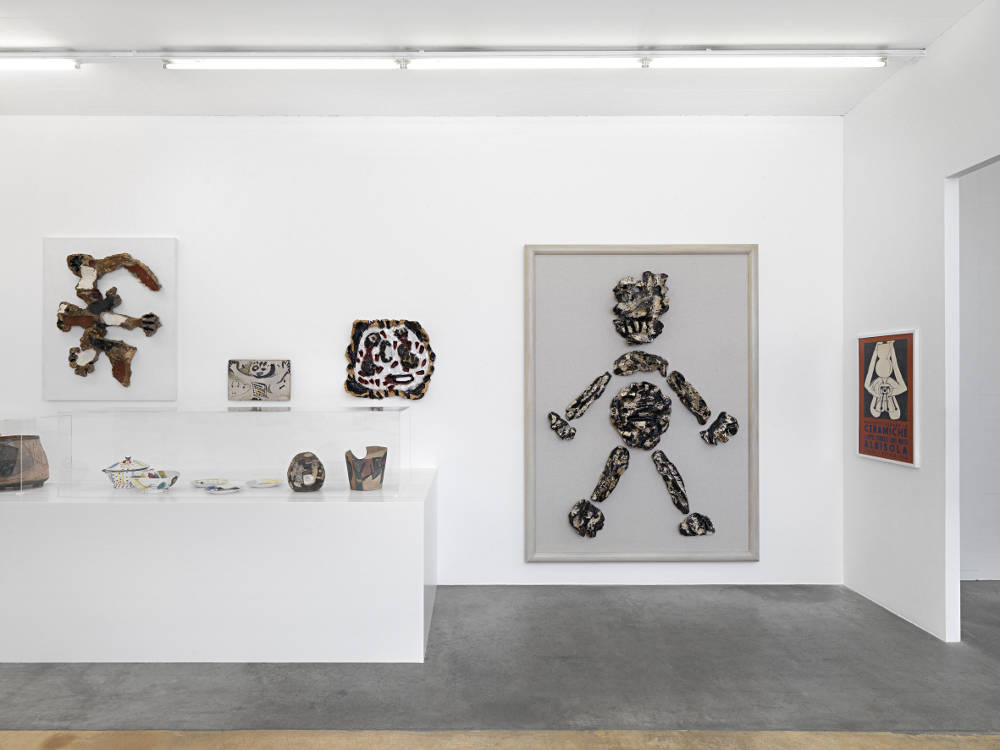 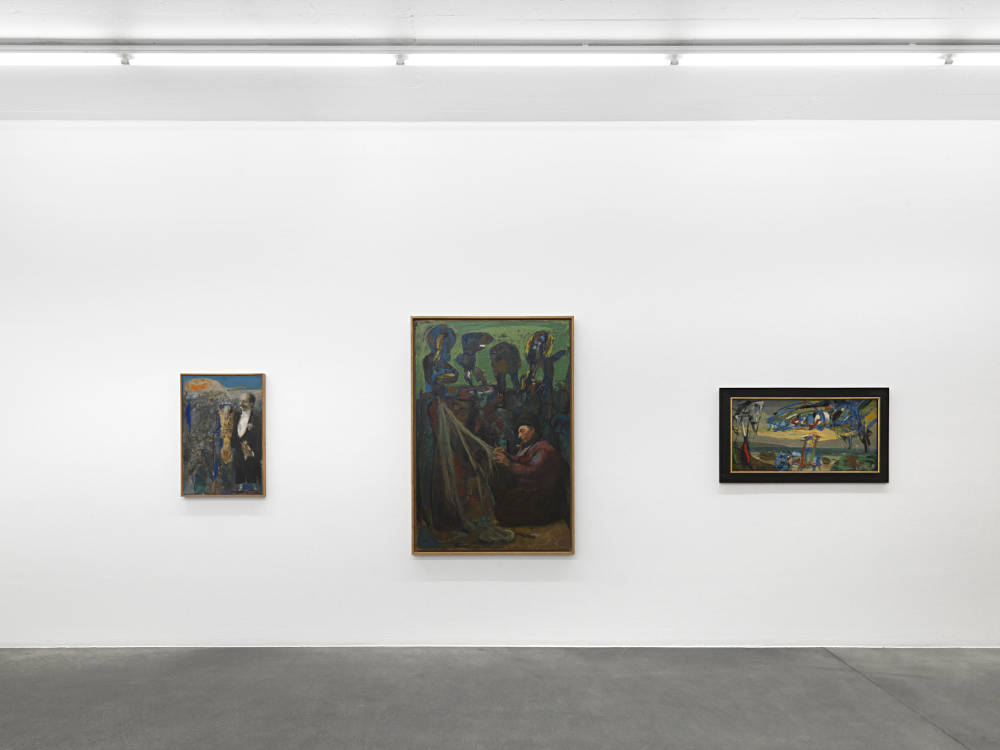 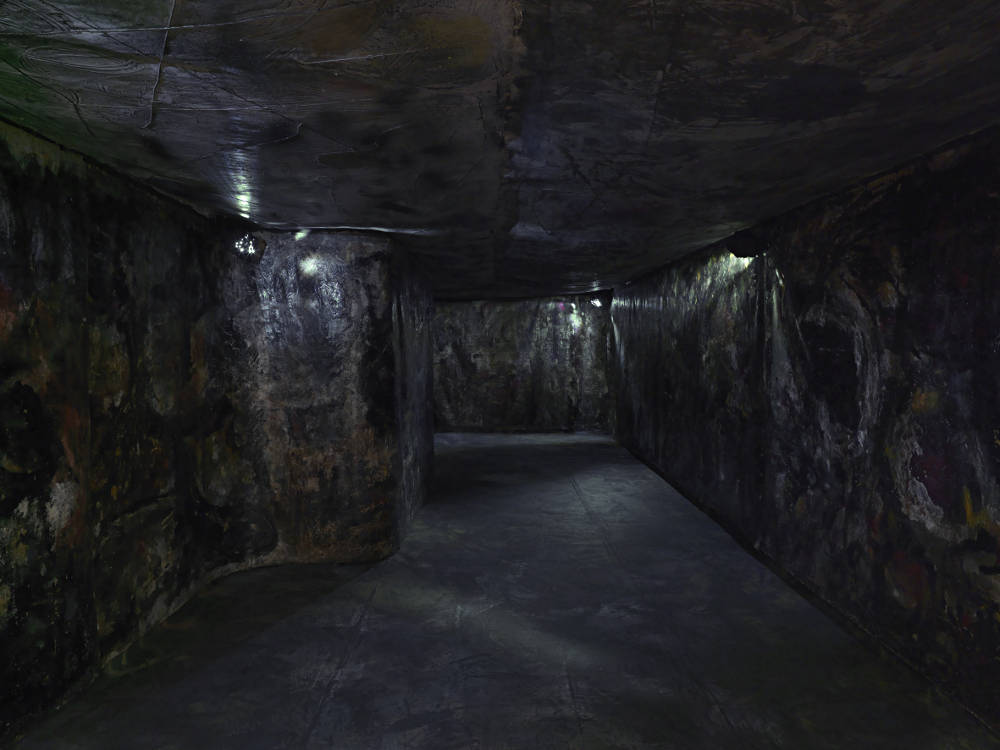 The title refers to an unfulfilled project for a Situationist exhibition at the Stedelijk Museum Amsterdam in 1960, and shows up one of the questions that are raised by any presentation of these avant-garde movements: how to exhibit in a museum people who were systematically opposed to cultural institutions? Going further than a sabotaging of art through an unconventional register of forms and techniques, it was art as distinct social territory, governed by institutions, and determined by the market economy, that was in these movements’ crosshairs.

The Imaginist Bauhaus, as its name makes clear, was born from a radical theoretical opposition to the school headed by Max Bill; meanwhile the Letterist International was trying to wipe out the Surrealist heritage, in particular as embodied by André Breton; their merger as the Situationist International led to a series of events aimed at art criticism (Piet de Groof’s action with Debord and Wyckaert against the general assembly of the AICA in Brussels), art market galleries (Jorn’s and Gallizio’s shows organized at the same time, on the same evening in the Paris galleries René Drouin and Rive Gauche) or the museum as an institution (as in the aborted project at the Stedelijk Museum for which they demanded the “guarantee of non-submission to a museum viewpoint”). This systematic opposition was played out on every cultural front, including UNESCO, which the SI intended to take over… Gradually, artistic approaches became subordinated to a revolutionary political combat. The exhibition Destruction of RSG 6 in a little gallery in Odense, in Denmark, in 1963, was the only one that the Situationists agreed to put on and, in this respect, was exemplary: from now on, it would be necessary to transcend art and live out the philosophy that was expressed in Debord’s painted directives. As of the 1960s, the SI excluded more and more artists before proclaiming, in a resolution, that any work of art produced by a Situationist was “anti-Situationist”! “From being the most political of artistic movements”, as Laurent Chollet put it, “the SI became the most artistic of political movements.”

It is these contradictions and attacks made against art that the exhibition at MAMCO aims to retrace through the evocation of a series of historical events. Furthermore, the exhibition’s very title focuses on one motif that runs through the movement’s productions, be they Guy Debord’s films, SPUR’s schemas, or Ralph Rumney’s paintings: as both a pre-established journey, and a site allowing for all kinds of encounters, the labyrinth can be seen as one of the finest metaphors for the Situationist dérive, that “psychogeographic” experience of the urban territory, which remains the practice that is most often associated with the movement. Finally, in this universe, the exhibition particularly focuses on a few figures who did not want to give up on art; so it is that works by Giuseppe Pinot-Gallizio, Ralph Rumney, Asger Jorn, Gil Wolman and Jacqueline de Jong, all thrown out of the SI (apart from Jorn, who left of his own accord), have been given pride of place in the exhibition.

At the same time, a project based on the writings of the American artist David Robbins, about the relationship between art and the notion of entertainment since Pop art, is allowing us to adopt a different view of the collection of works from the 1980s at the museum. The exhibition has been built up around the clear inversion between the period that runs from the 1960s to the 1990s, and the one that separates us from the start of the 21st century: the desire of artists to act in the cultural industry and circuits of entertainment, has now been replaced (or else referred back to its warped reflection) by celebrities in the cinema or music industry who use artistic formats. Based on this observation of substitution, the exhibition intends to unite the states of the relationship between art and entertainment, ranging from a criticism of the spectacular to the cultural horizon of celebrity, while stripping down their various mechanisms and tools.

Finally, the fact of bringing together on a floor of the museum works that have recently been acquired, bequeathed, or given to MAMCO, attests to the policy of developing the collections that was initiated in 2016. The various exhibitions transform and enrich the collection, seen as the museum’s alpha and omega, and the place where its projects are elaborated. The presence of several works from the collections of the FMAC and the FCAC also pay witness to the fact that there is a desire to concert with other structures devoted to contemporary art in Geneva. The paradox of the contemporary is that inevitably it is the future of history: thus, MAMCO’s collection, constituted only thanks to private funding, but year by year made a part of our public heritage, can be seen as a crucible for tomorrow’s historians and a resource for future exhibitions devoted to recent history.