diane arbus: in the beginning

diane arbus: in the beginning

Hayward Gallery presents diane arbus: in the beginning, including nearly 100 photographs that redefine the achievement of one of the most prominent and influential artists of the 20th century.

The exhibition takes an in-depth look at the formative first half of Diane Arbus’ career, from 1956 to 1962, when the American master developed the direct, psychologically acute style for which she later became so widely celebrated. Presented across the upper floor of the Hayward Gallery, this solo show includes some fifty photographs which have never been shown in Europe, all vintage prints from the Diane Arbus Archive at The Metropolitan Museum of Art, New York.

diane arbus: in the beginning features arresting portraits of individuals across the spectrum of American society. Arbus discovered the majority of her subjects in New York City, from Fifth Avenue to the Lower East Side, from Times Square to Coney Island. Creating some of the most compelling photographs in the history of post-war photography, she depicted a cross-section of urban life, including portraits of couples and children, solitary city dwellers, carnival performers, strippers, and transvestites. The exhibition traces Arbus’ growth from her early work with a 35mm camera to the distinctive square format she began using in 1962.

The exhibition chronicles an extraordinarily prolific period in the artist’s career. Nearly half the photographs that Arbus printed during her lifetime were produced during these years, yet much of this early work remains little known. diane arbus: in the beginning brings to light many haunting, yet lesser-known, works such as Boy stepping off the curb, N.Y.C. 1957–58; The Backwards Man in his hotel room, N.Y.C. 1961; and Jack Dracula at a bar, New London, Conn. 1961. Along with a prescient series of images featuring movies projected on theatre screens, these rarely seen pictures illuminate the profound and continuing impact of Arbus’ photographs on contemporary art.

Arbus first began making photographs in the early 1940s when she received a camera as a gift from her husband, Allan. Whilst working as a stylist in their fashion photography business for 15 years Arbus created her own pictures only intermittently, but in 1956 she numbered a roll of 35mm film #1, as if to symbolise the definitive beginning of her career as an artist.

Over the course of the next seven years Arbus’ photographic style evolved as she documented individuals and interacted closely with her chosen subjects. Whereas many other photographers working at the time, such as Walker Evans, Garry Winogrand and Lee Friedlander, would often play the role of passive observer or even conceal their cameras, Arbus’ images are fuelled by the intensity of direct personal encounters with her subjects. This exchange on both sides of the camera — between seeing and being seen — raises existential questions that ultimately transmit themselves onto the viewer. Arbus always believed she had something special to offer the world, a glimpse of its many secrets: “I do feel I have some slight corner on something about the quality of things. I mean it’s very subtle and a little embarrassing to me but I really believe there are things which nobody would see unless I photographed them.”

diane arbus: in the beginning is organised by The Metropolitan Museum of Art, New York and curated by Jeff L. Rosenheim, curator in Charge of the Department of Photographs. The special exhibition design was devised for the first presentation at The Met Breuer in 2016 and has been adapted for Hayward Gallery. Each photograph is presented on an individual free-standing wall and visitors are encouraged to navigate their own individual routes through the exhibition, experiencing one-on-one encounters with these intimate works. This innovative approach provides a glimpse into the way Arbus navigated the world in which she photographed.

Among the many outstanding works in this exhibition that have not been shown previously in Europe are Jack Dracula at a bar, New London, Conn. 1961, Taxicab driver at the wheel with two passengers, N.Y.C. 1956, Female impersonator holding long gloves, Hempstead, L.I. 1959, and Man in hat, trunks, socks and shoes, Coney Island, N.Y. 1960.

In 1962, Arbus began to work with a 2 ¼-inch square-format Rolleiflex camera, producing such iconic photographs as Child with a toy hand grenade in Central Park, N.Y.C. 1962. The installation concludes with a separate gallery presenting A box of ten photographs, the portfolio Arbus produced in 1970 and 1971 comprising legendary portraits in square format that include Identical twins, Roselle, N.J. 1967 and A Jewish giant at home with his parents in the Bronx, N.Y. 1970.

Other than A box of ten photographs, printed posthumously by Neil Selkirk, all of the photographs included in diane arbus: in the beginning are original gelatin silver prints made by the artist herself. The majority originate from the holdings of the Diane Arbus Archive, a remarkable treasury of photographs, negatives, and papers gifted to The Metropolitan Museum of Art in 2007 by the artist’s daughters, Doon Arbus and Amy Arbus, while others are drawn from select private collections in the U.S. A box of ten photographs has been lent by the Victoria and Albert Museum.

Ralph Rugoff, Director, Hayward Gallery said: “As the first UK institution to exhibit Diane Arbus’ photographs in a major retrospective back in 1974, Hayward Gallery is delighted to be able to host the photographs of one the most influential artists of the 20th Century once again. This exhibition focuses on Arbus’ key early career photographs which clearly show how Arbus’ unique perspective developed and how she came to create the arresting images she is deservedly widely celebrated for.”

The accompanying catalogue published by The Met and Yale University Press will be available from the Hayward Gallery shop. The book contains two essays, “in the beginning” by Jeff L. Rosenheim and “notes from the archive” by Karan Rinaldo, featuring recent research into the Diane Arbus Archive and reproductions of a wide selection of photographs, negatives, diaries, notes, and correspondence. The exhibition is generously supported by London Community Foundation and Cockayne Grants for the Arts. 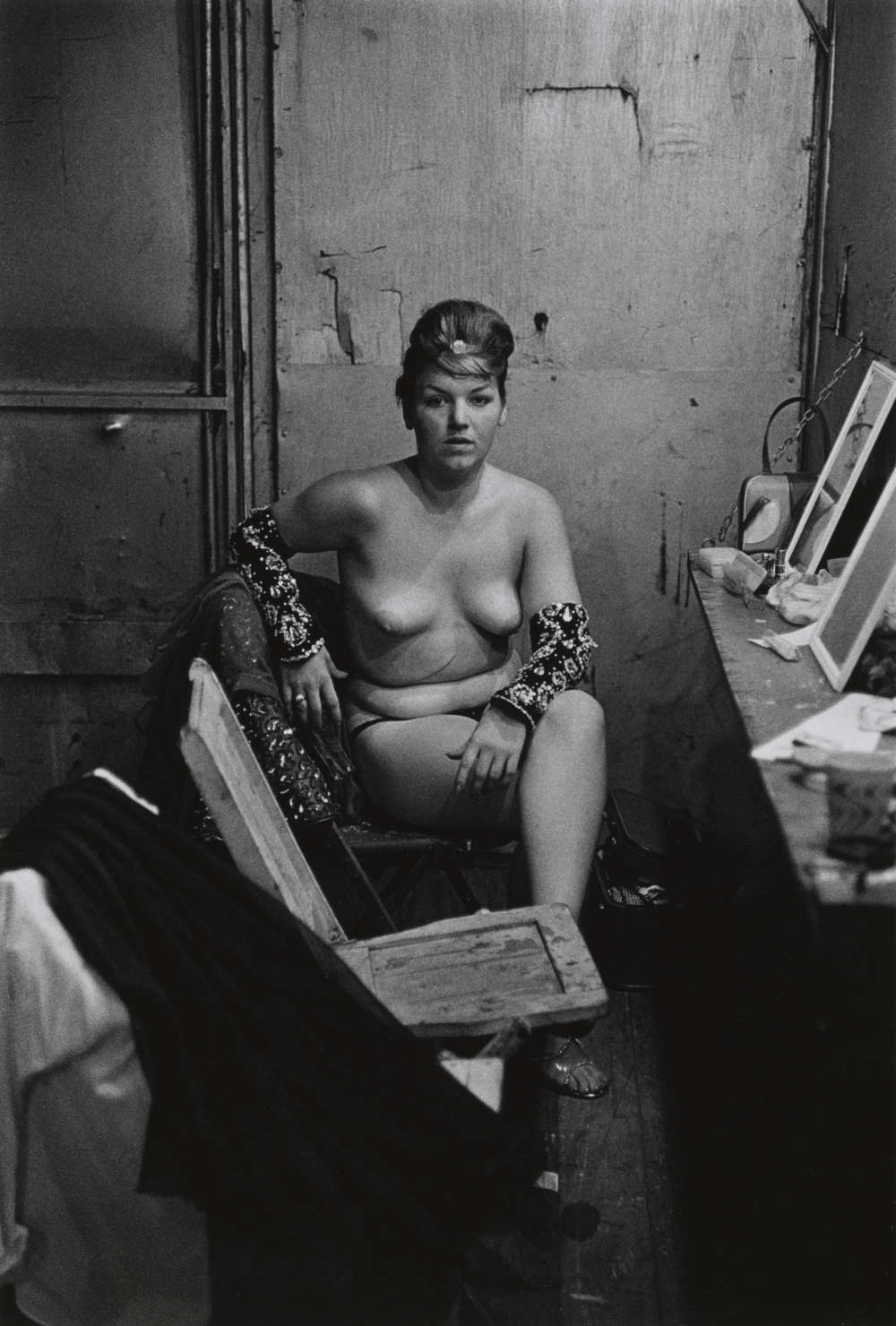 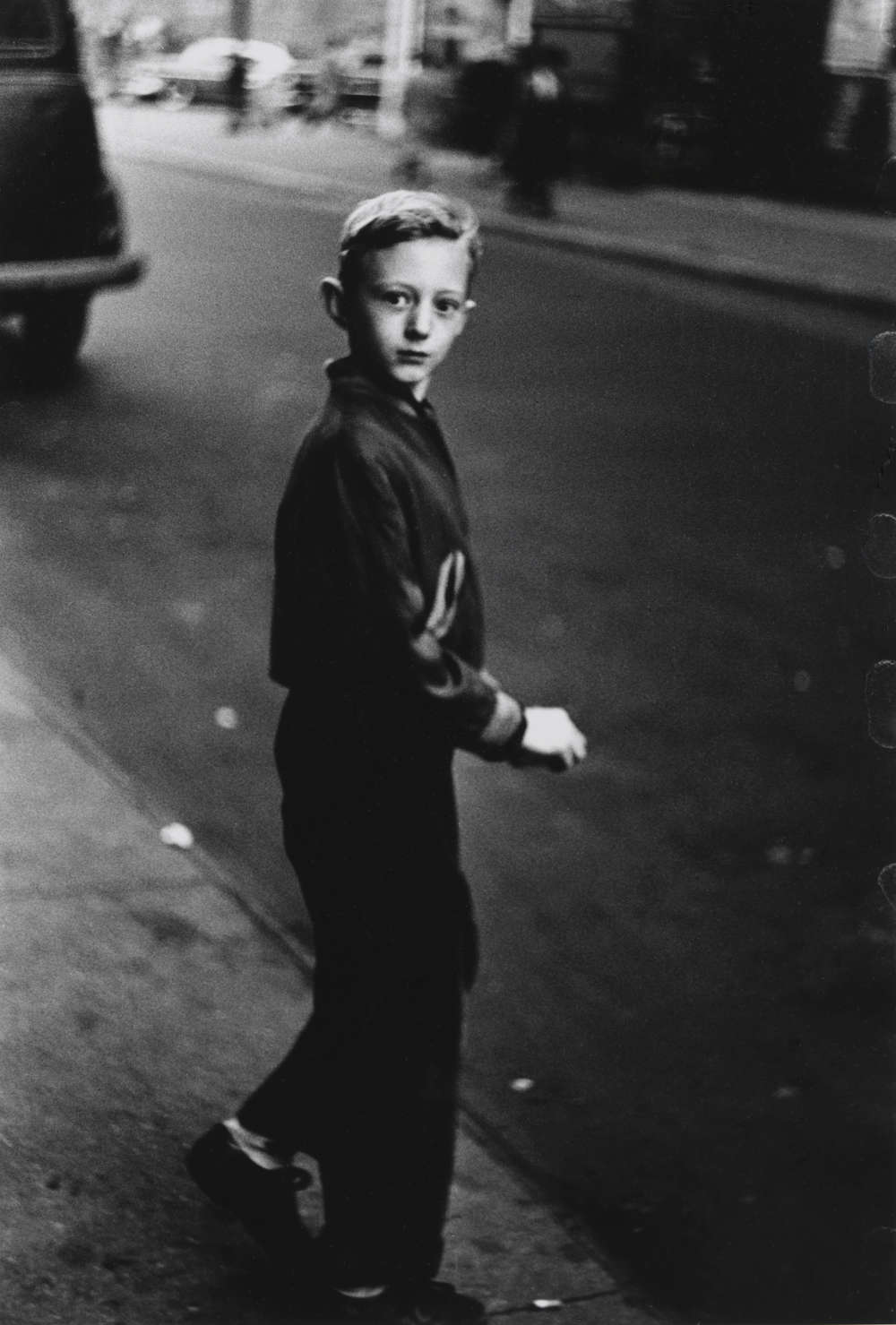