The Artist Room presents Dialogue, a group exhibition including works by Natalia González Martín, Serpil Mavi Üstün and Khushna Sulaman-Butt. Exhibiting for the first time together, Dialogue features three London-based women artists who utilise portraiture to explore the nuances of how identities are formed in today’s diverse world. 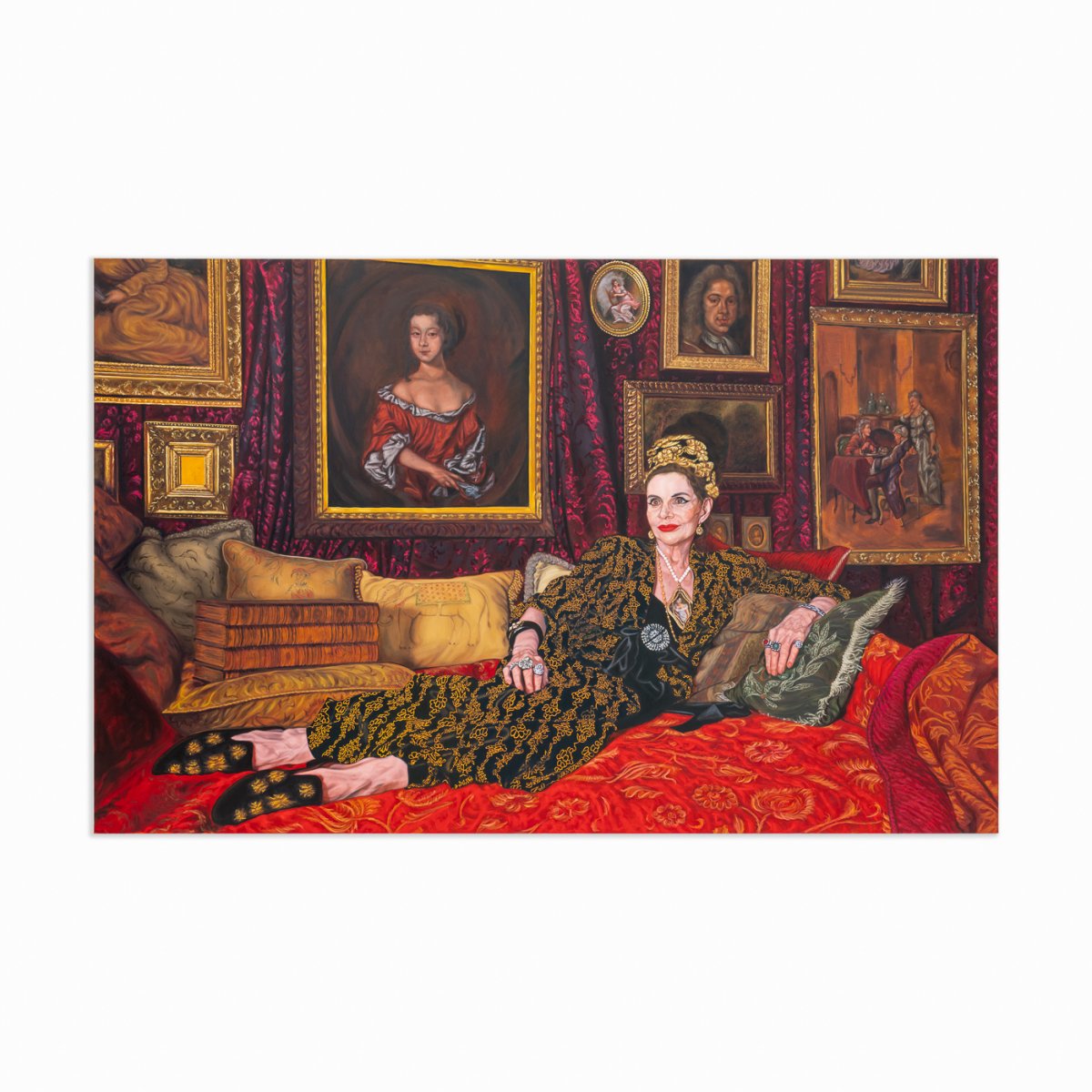 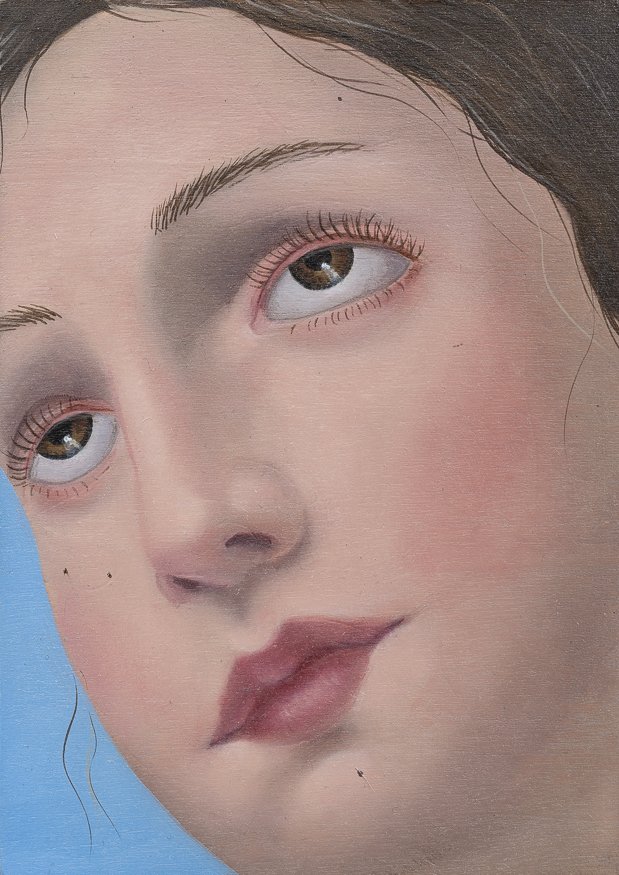 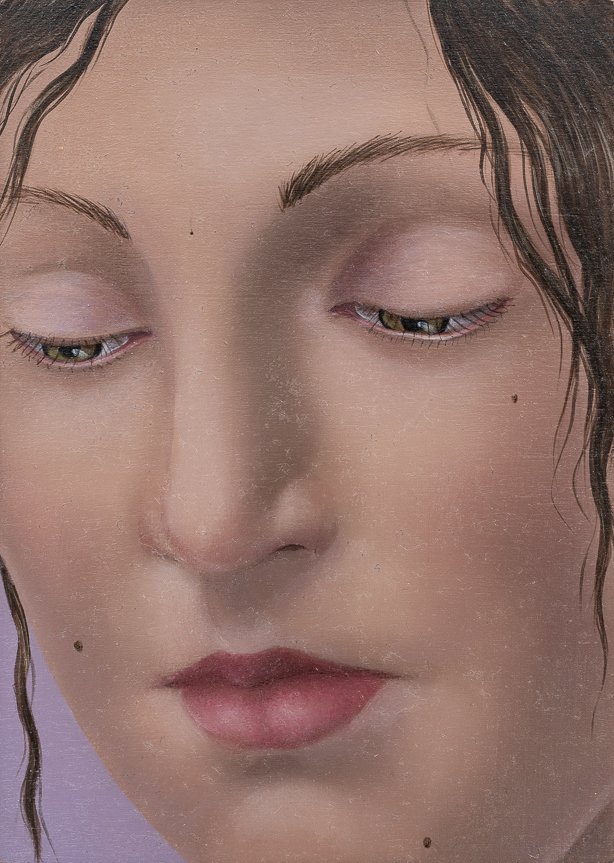 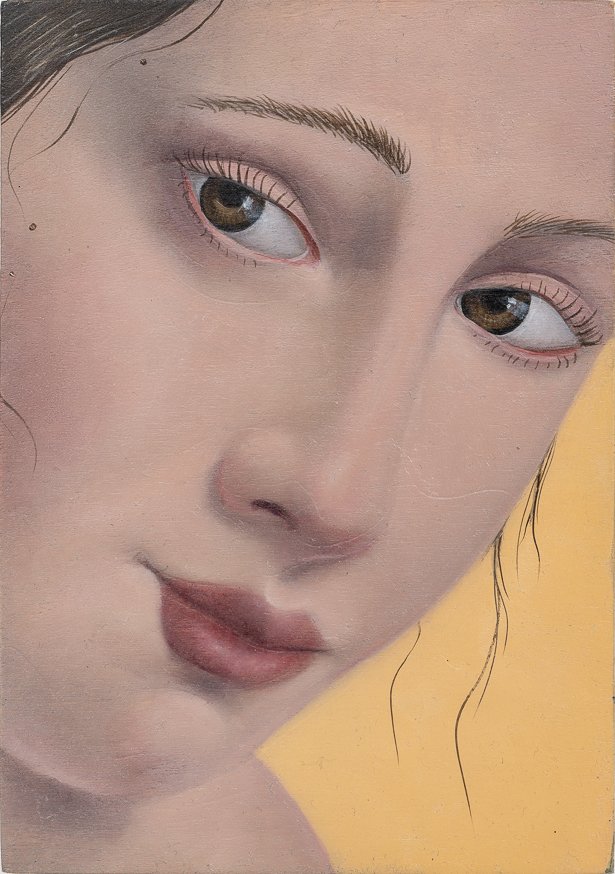 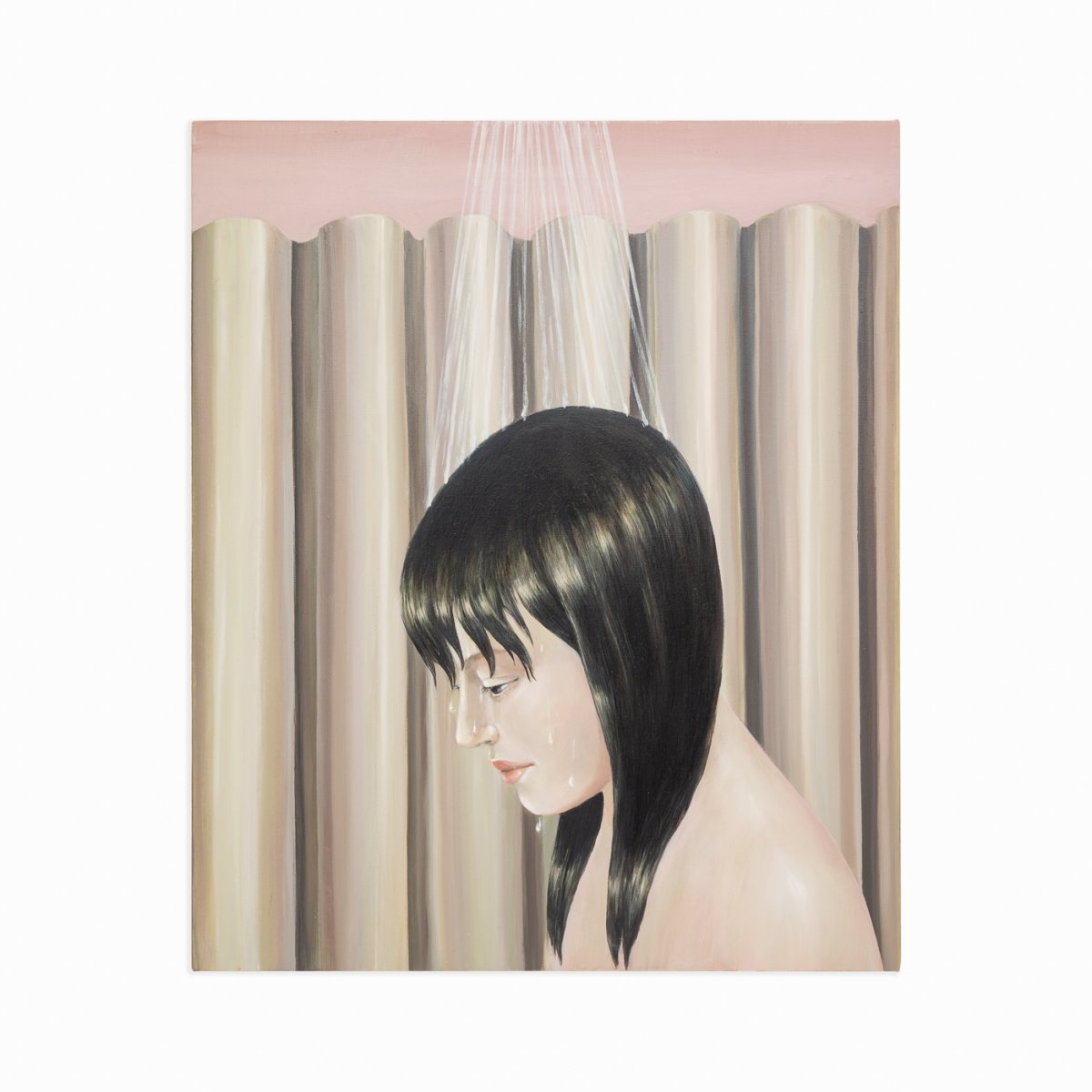 Serpil Mavi Üstün
How Was Your Day, 2022 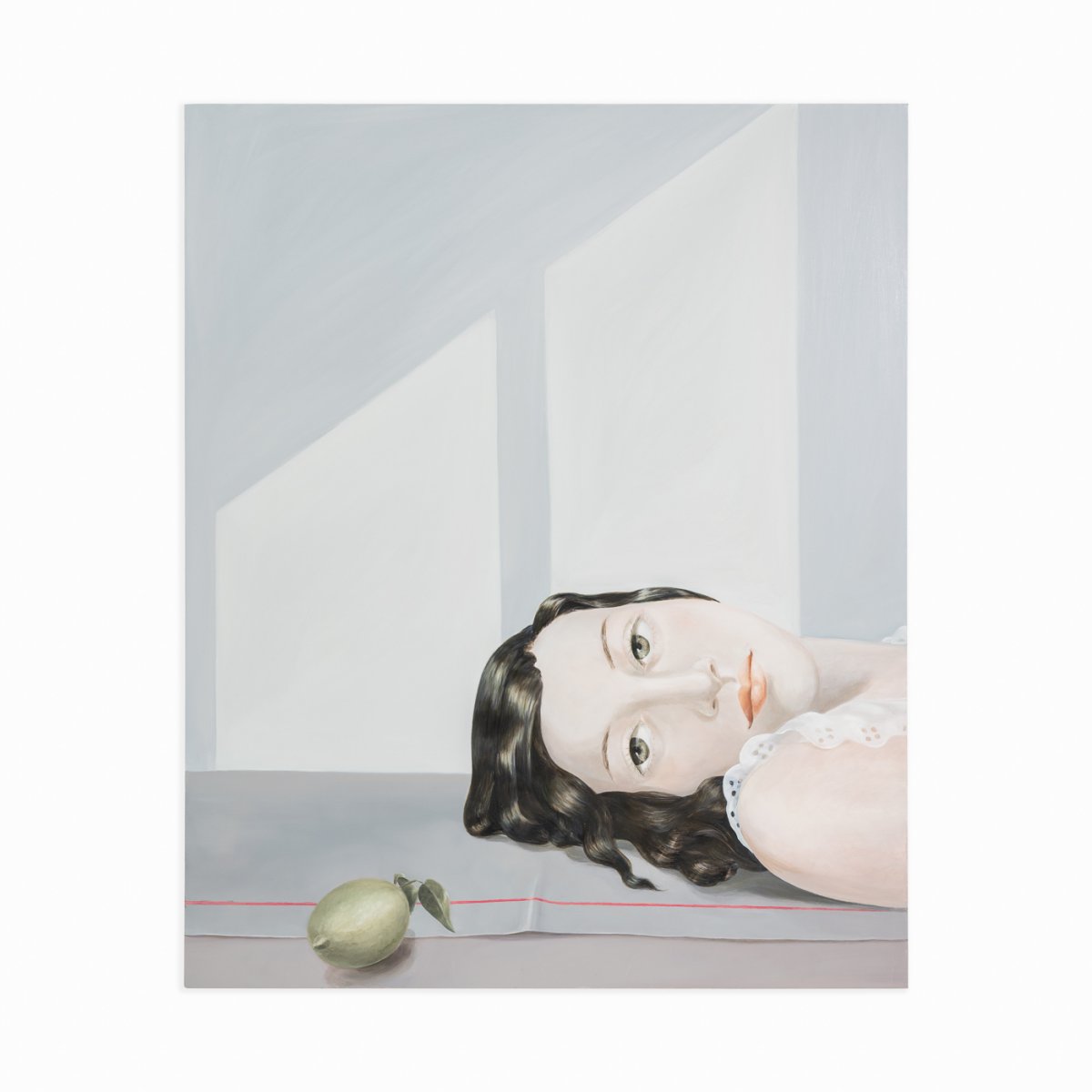 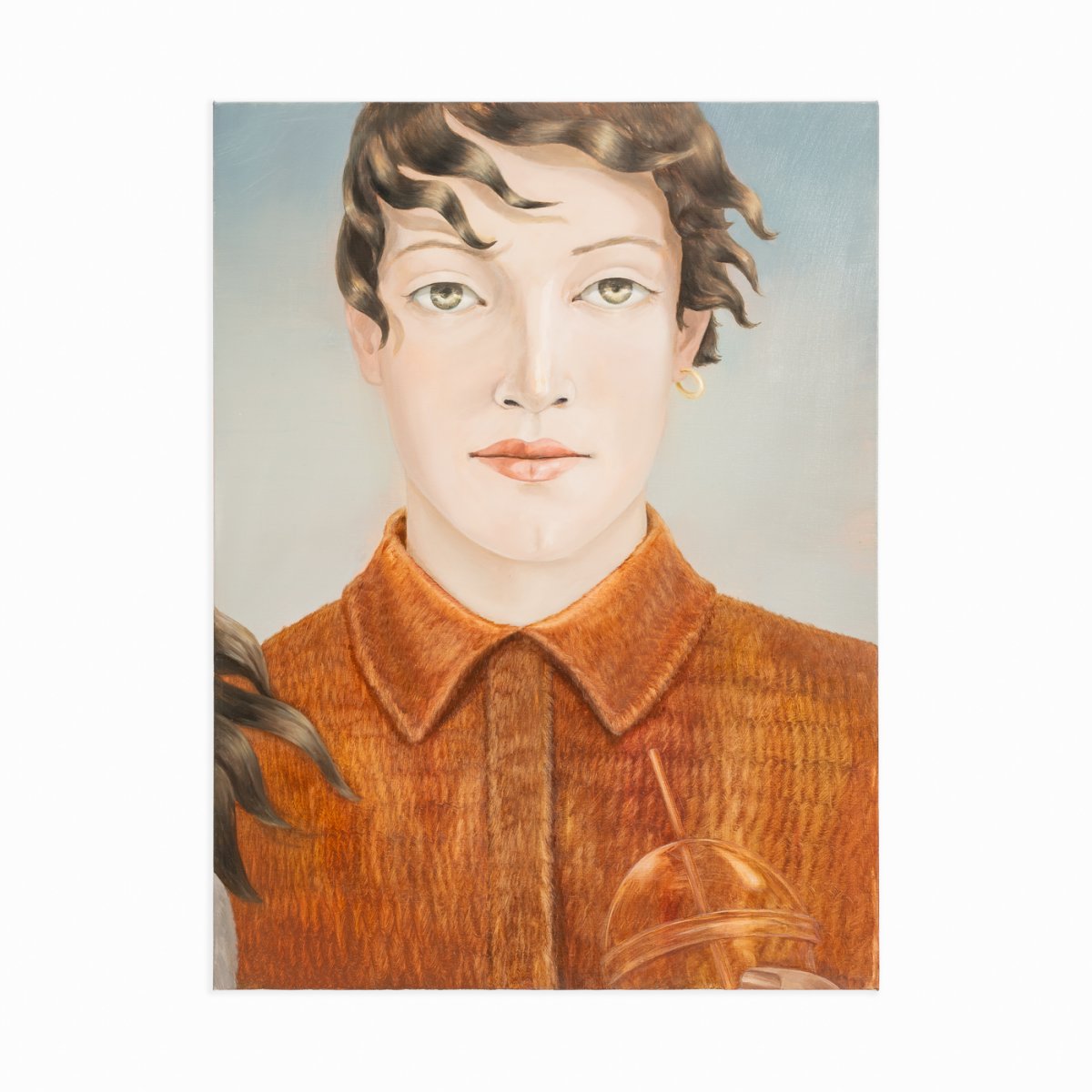 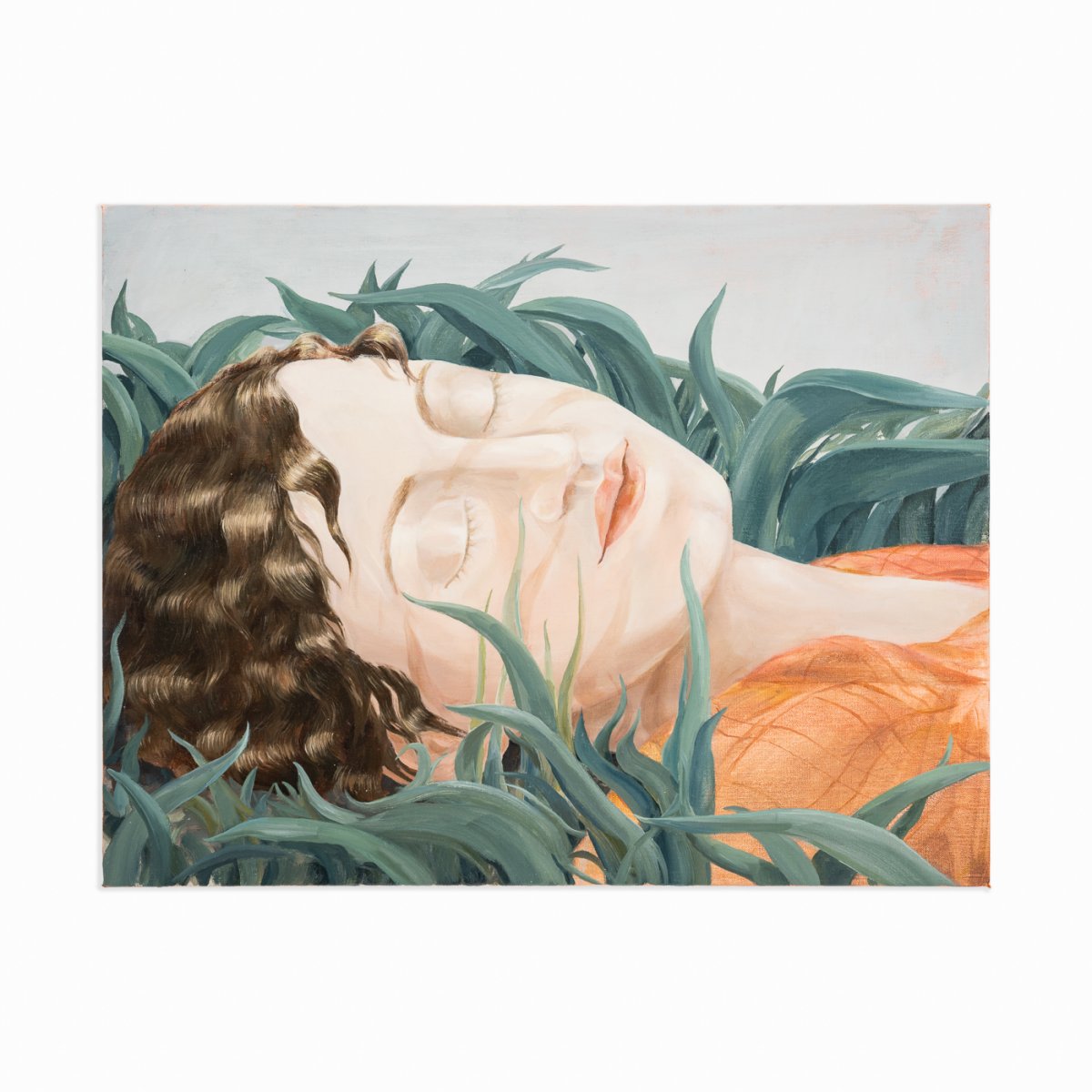 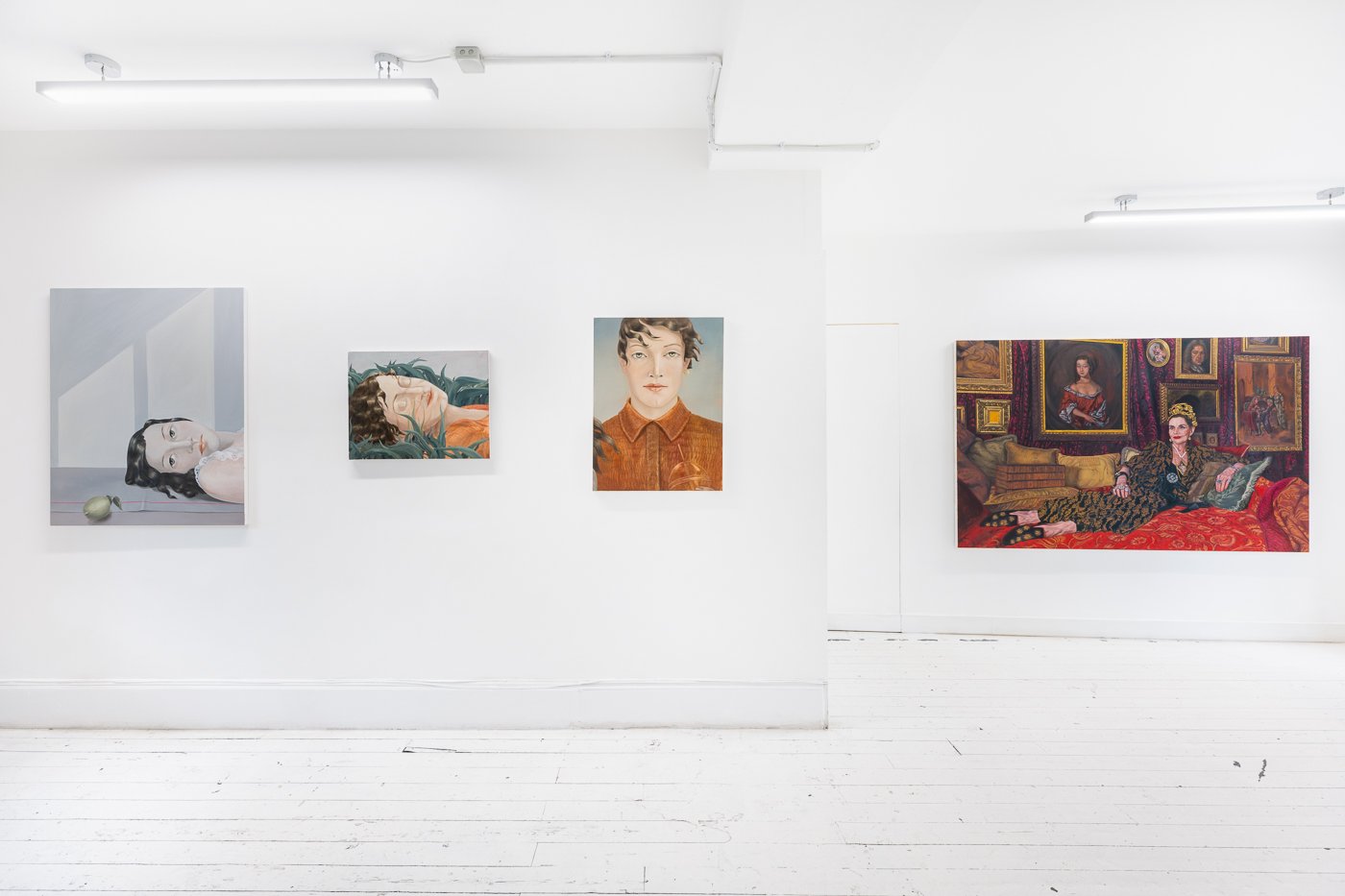 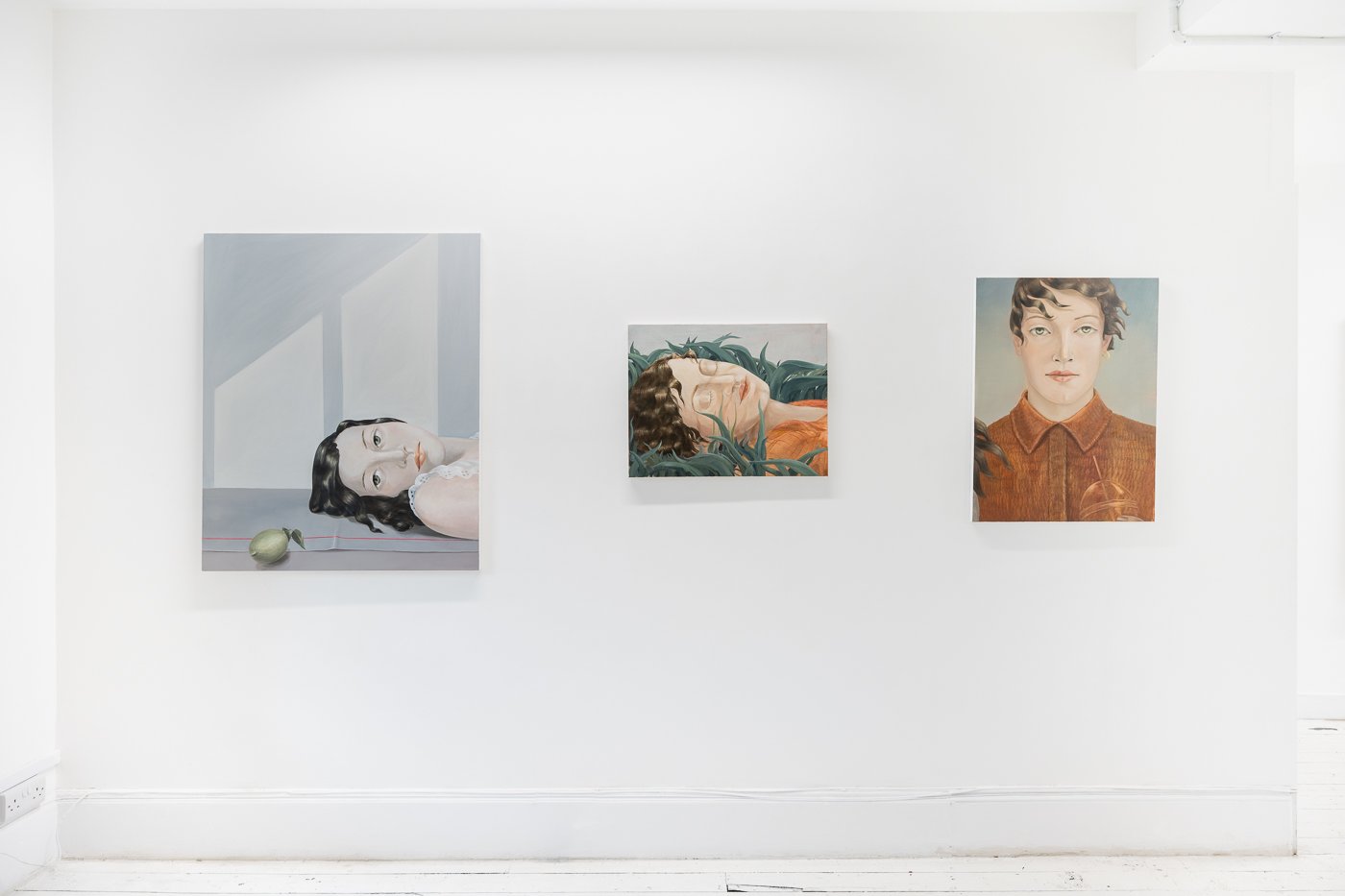 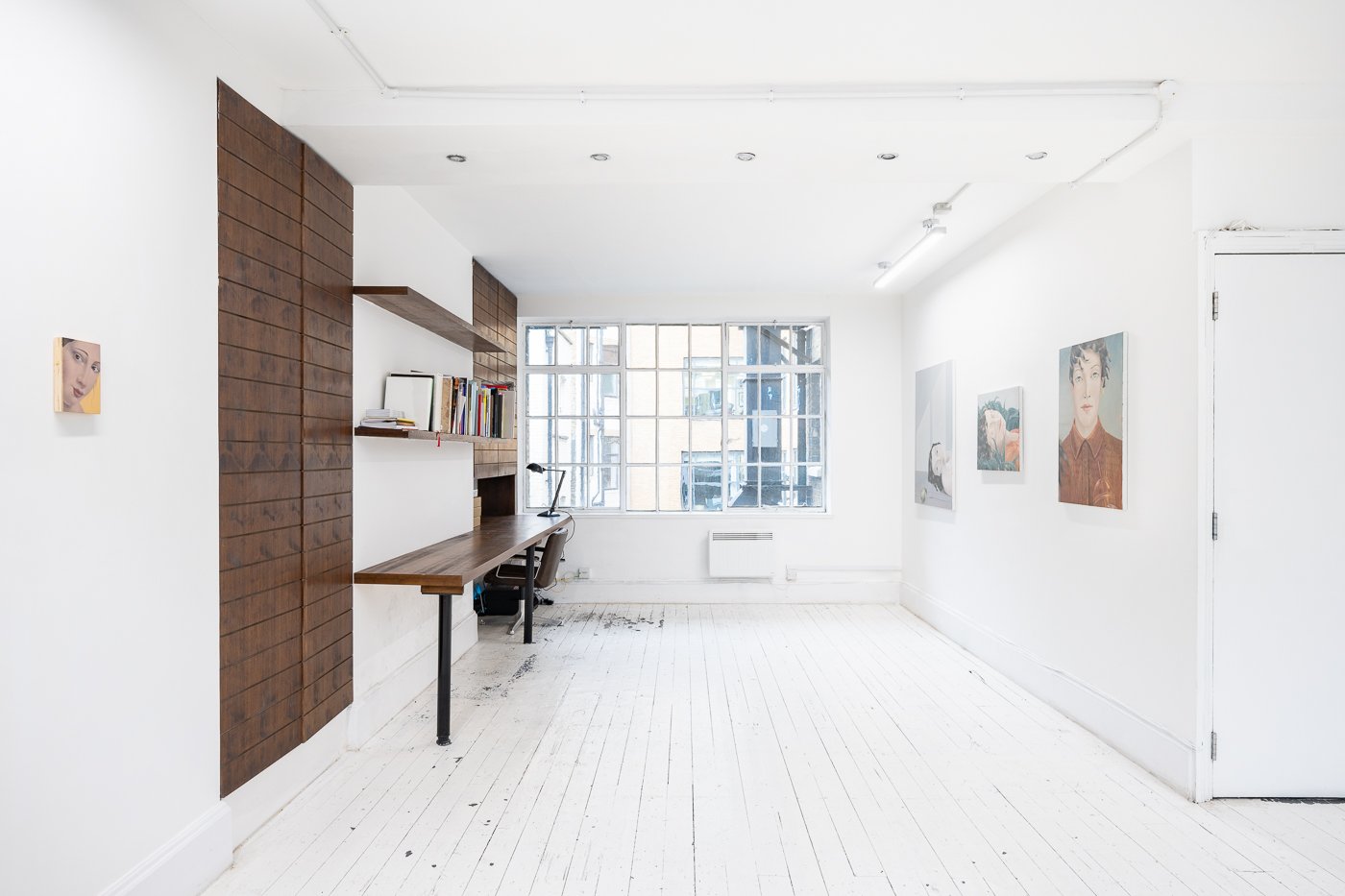 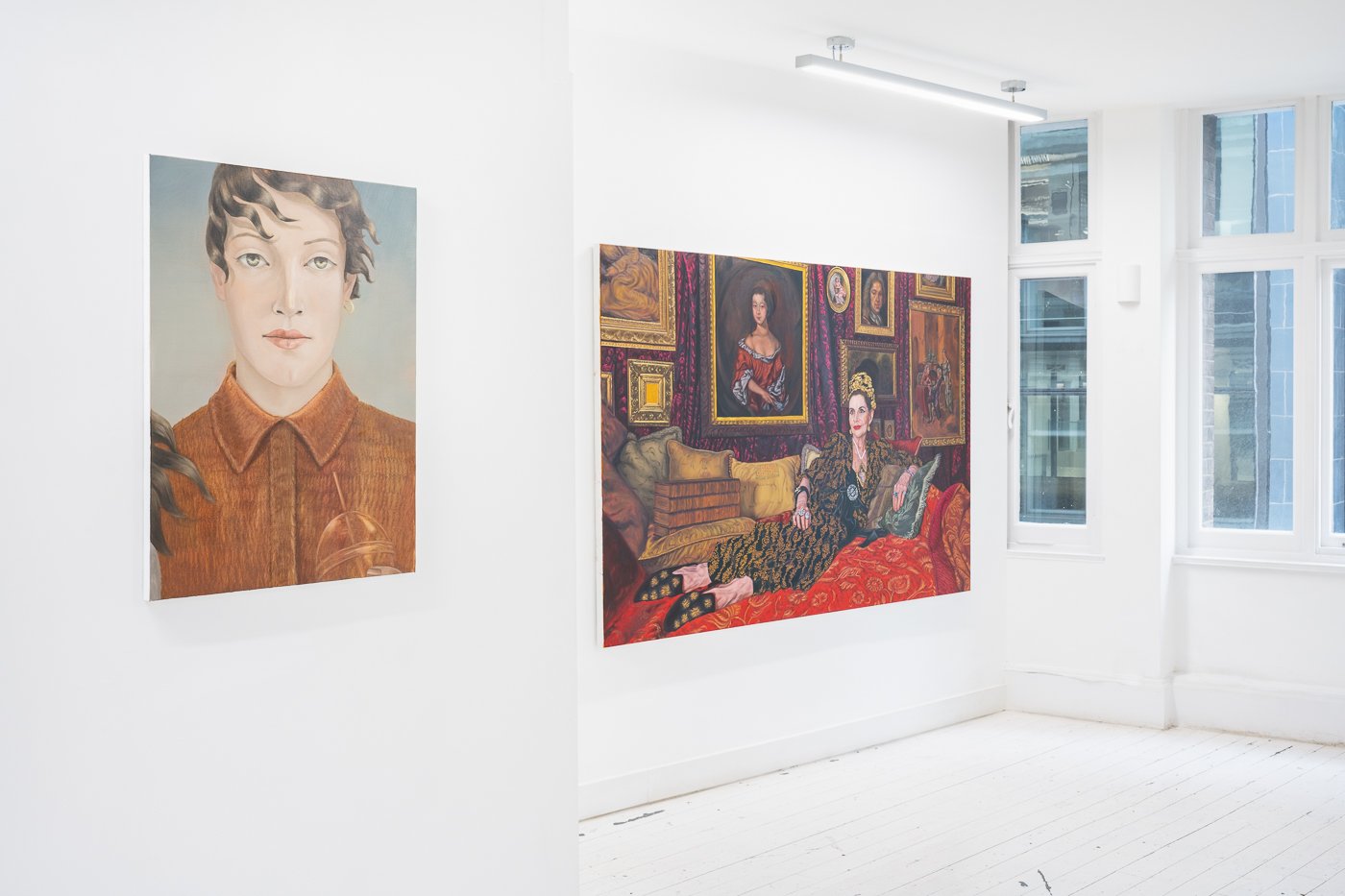 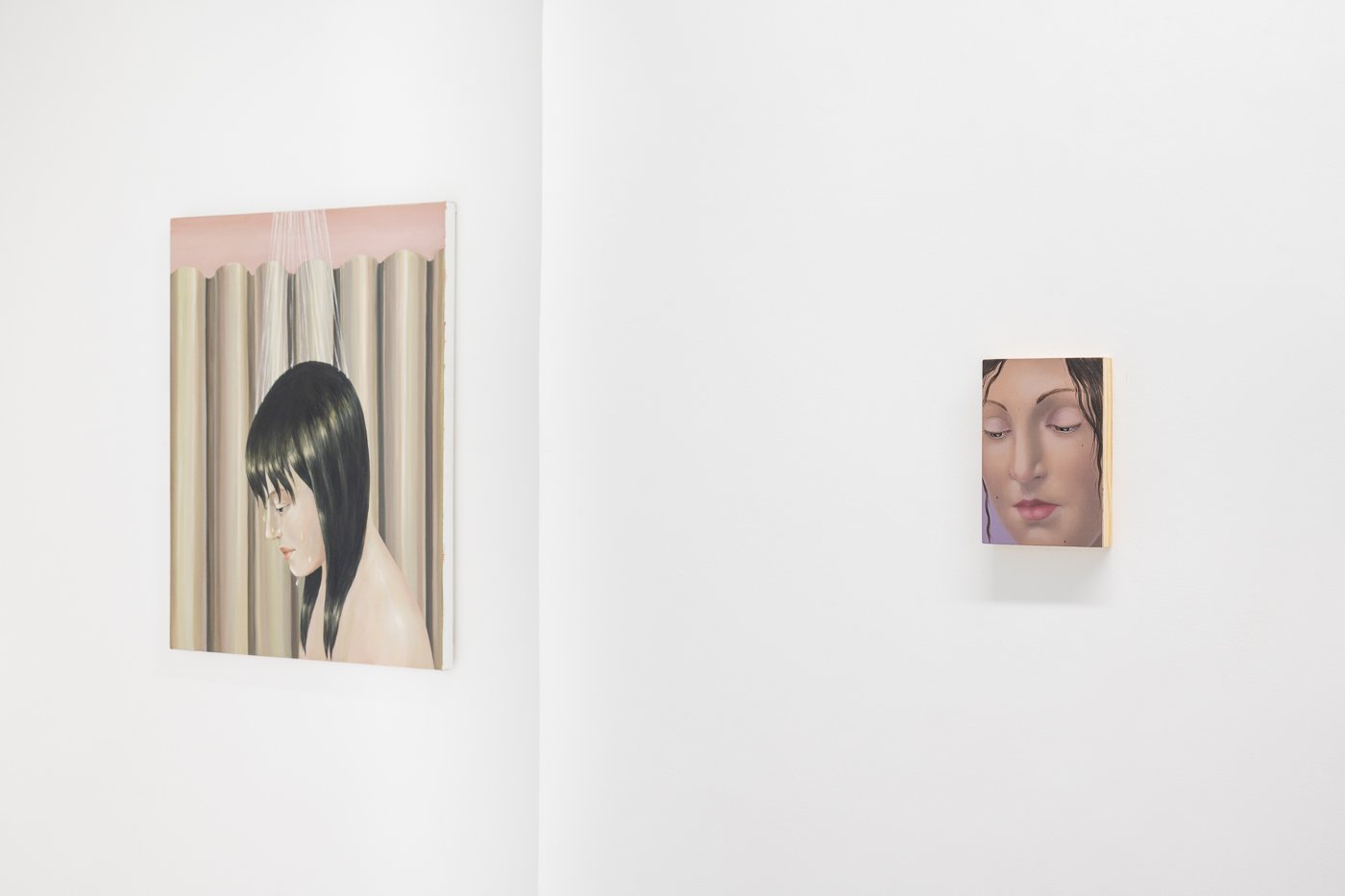 Serpil Mavi Üstün’s practice is centred on the human figure. Drawn from the imagination, her characters are often depicted in isolation; whether gazing directly back at the viewer or sleeping and dreaming. Interested in psychology since her youth, Üstün intends to reflect her sympathy for traits she finds that she has in common with those around her. Moving from Turkey to the UK in 2016, recent works have been exploring notions of ‘home’ and ‘belonging’ and what it feels like to be outside of a city’s art community. ‘What appeals to me is the banality of the things that bind us together,’ she recently observed.

To emphasise the form and expression of her figures, Üstün often works with a muted colour palette of pastel and grey tones, leaving backgrounds both sparse and infinite. Writer Layla Leiman has suggested the tense and psychologically-charged atmospheres found in works such as Leave the Door Open (2022) reference ‘the brave face we feel compelled to put on for society to mask our more complex psychic realities.’

British-born Pakistani artist Khushna Sulaman-Butt has observed her practice ‘revives classical postures, exploring the relationship between classical expectations in figurative art and modern societal diversity that we see today.’ Intricately and meticulously produced, her portraits place contemporary figures from a wide variety of sexual, racial and socio-economic backgrounds into highly naturalistic, dramatically-lit tableaux that recall the grandeur of renaissance Old Masters such as Rembrandt, Velazquez and Caravaggio. This – perhaps deceiving – effect gives her diverse subjects an aura of status and respect rarely overtly found in the history of Western painting.

Asked how her background informs her perspective, Sulaman-Butt recently explained that ‘coming from a minority background, I can’t help but see life through that prism. I naturally gravitate towards marginalised voices, though I feel my background has liberated me, rather than hold me back.’ Often working with subjects she meets through chance encounters, Sulaman-Butt’s process begins with photographing such figures, choreographing them into positions that will translate cogently onto canvas. A Scene Of Contemplation (2022) depicts Tyne O’Connell, an author and LGBQT+ historian whom Khushna met in 2021. O’Connell reclines in her London apartment, surrounded by antique portraits in gilt frames, richly coloured fabrics and embroidered textiles. In 2013, O’Connell was left with severe difficulties with mobility following the diagnosis of a brain tumour. Finding solace and comfort in fashion and art, she said ‘I wear my tiaras every day, whatever the situation. I wear red lipstick and I may not wear anything else.’

Similarly, Natalia González Martín’s paintings draw from history to explore the nuances of femininity today. Diverse subjects of her inspiration include Ovid’s poem Metamorphosis, icon paintings, medieval religious art and illuminated manuscripts. Working from the perspective of her Catholic upbringing, Martin dissects how religion plays a foundational role in forming our lives; from the rituals we take for granted, to the ways in which we understand mysticism and magic. Included in the show, Espejo I–III (all 2022) depict three contemporary figures in the format of historical icon paintings, all gazing in different directions: whether toward the viewer or out of the frame.

Recent bodies of work have departed from research surrounding historic women who have lived solitary lives by choice rather than by circumstance. One focused on the Desert Mothers – early Christian women ascetics (those with a lifestyle characterised by abstinence from sensual pleasures, often to pursue spiritual goals) who sought solace in the wilderness. Another focused on Mary Magdalene, Jesus Christ’s wife, who, after committing adultery, repented and withdrew into a life of quiet isolation. The paintings ask how we may have new associations and understandings of isolation in recent times. Espejo – their title – translates from Spanish to ‘Mirror’, asking viewers to consider how their own lives may be reflected within the painted image.

Courtesy of The Artist Room, London