Simon Lee Gallery presents an exhibition of Dexter Dalwood’s collage studies. These works have only been shown once previously in the UK as part of Dalwood’s 2010 exhibition at Tate St. Ives, which later travelled to FRAC Champagne – Ardenne and CAC Malaga. 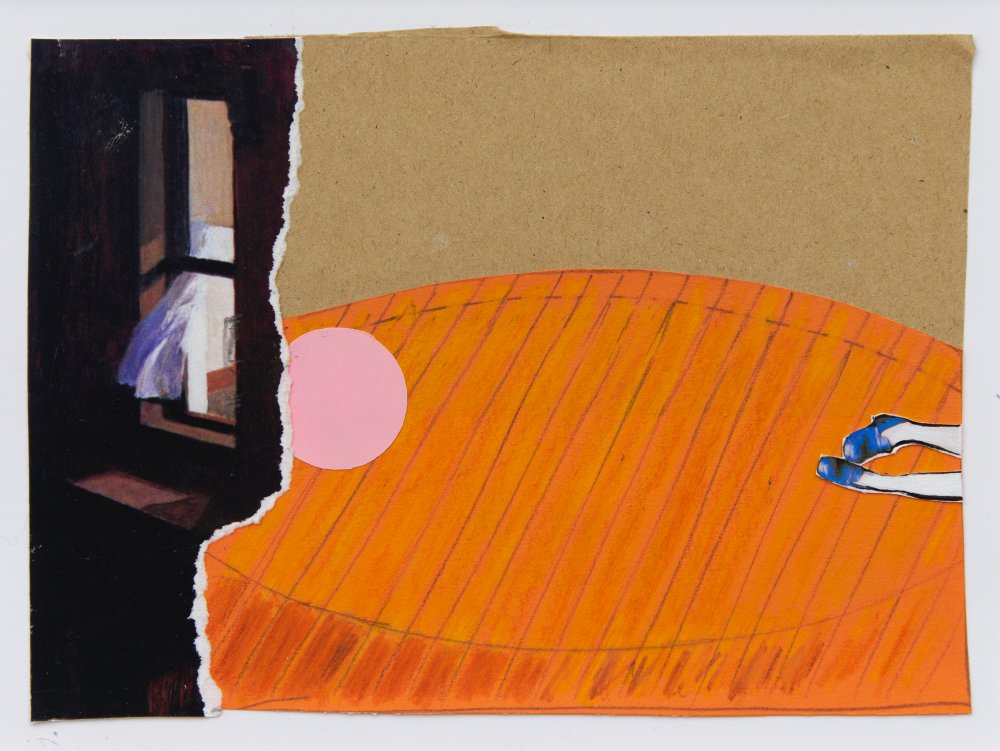 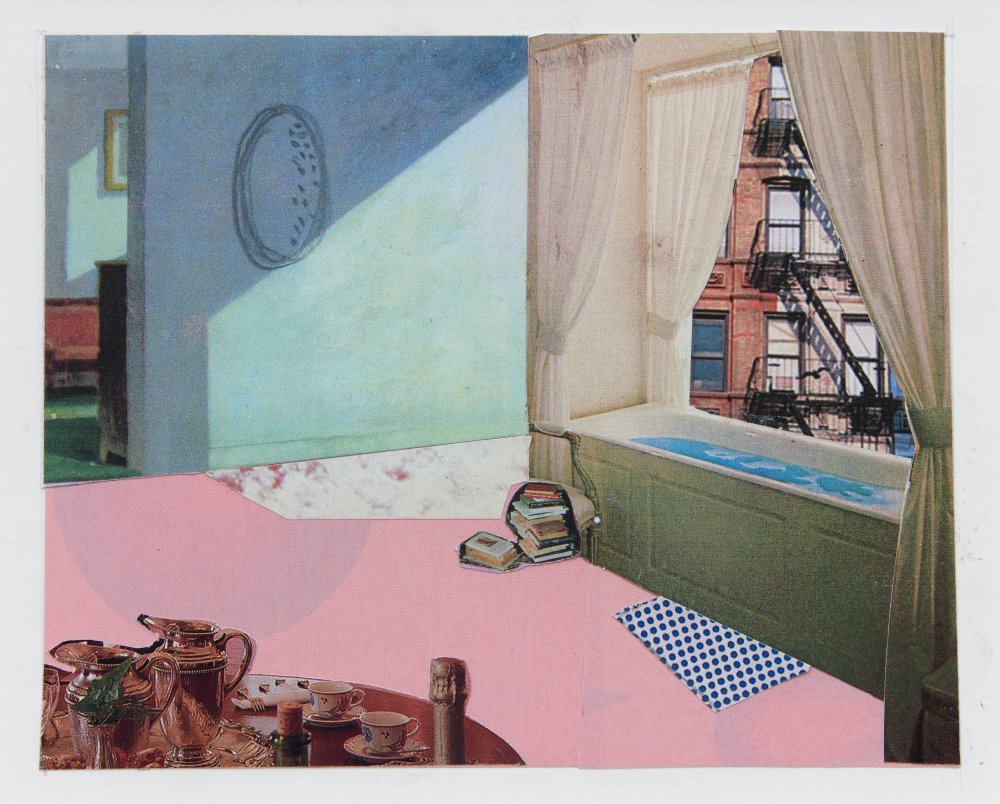 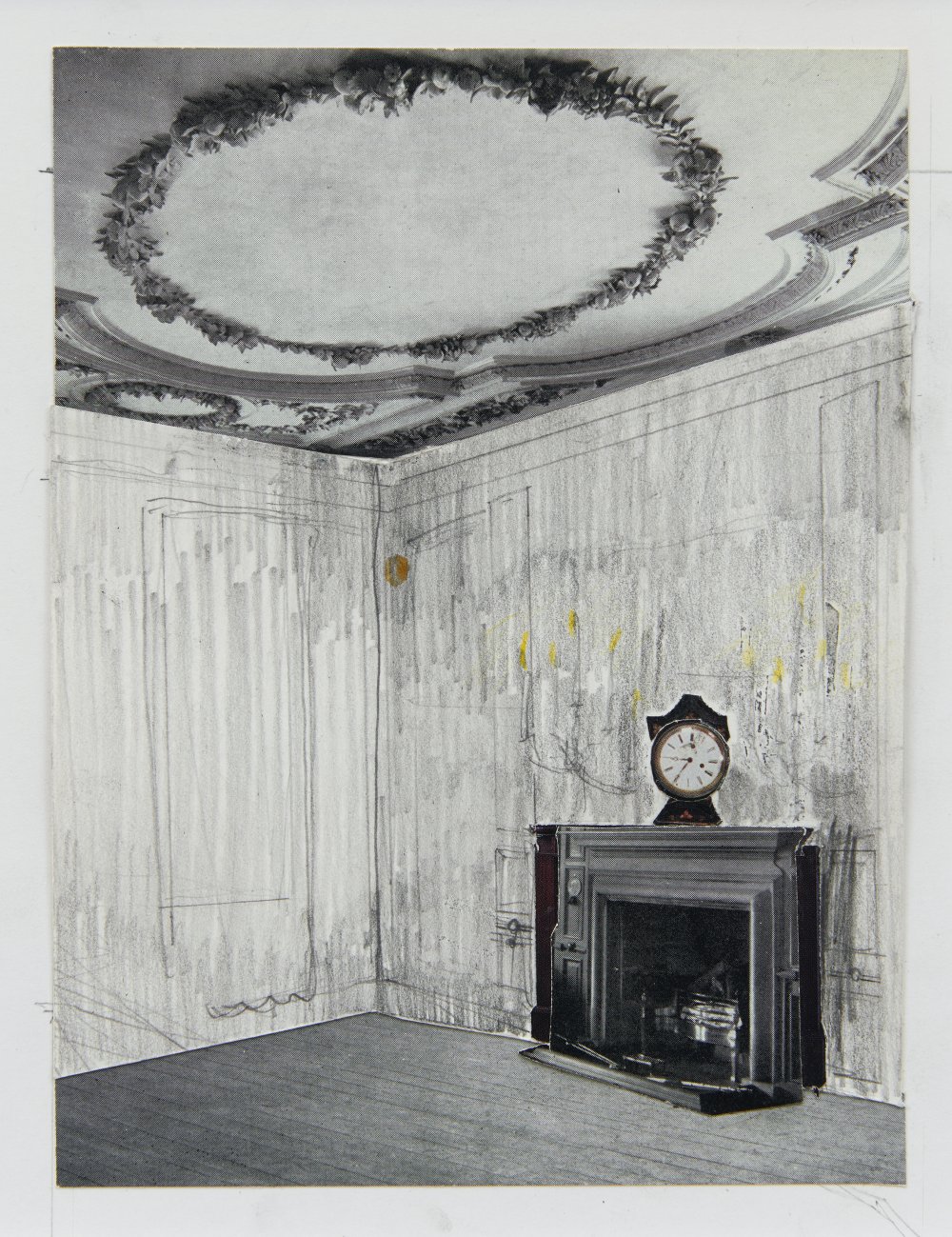 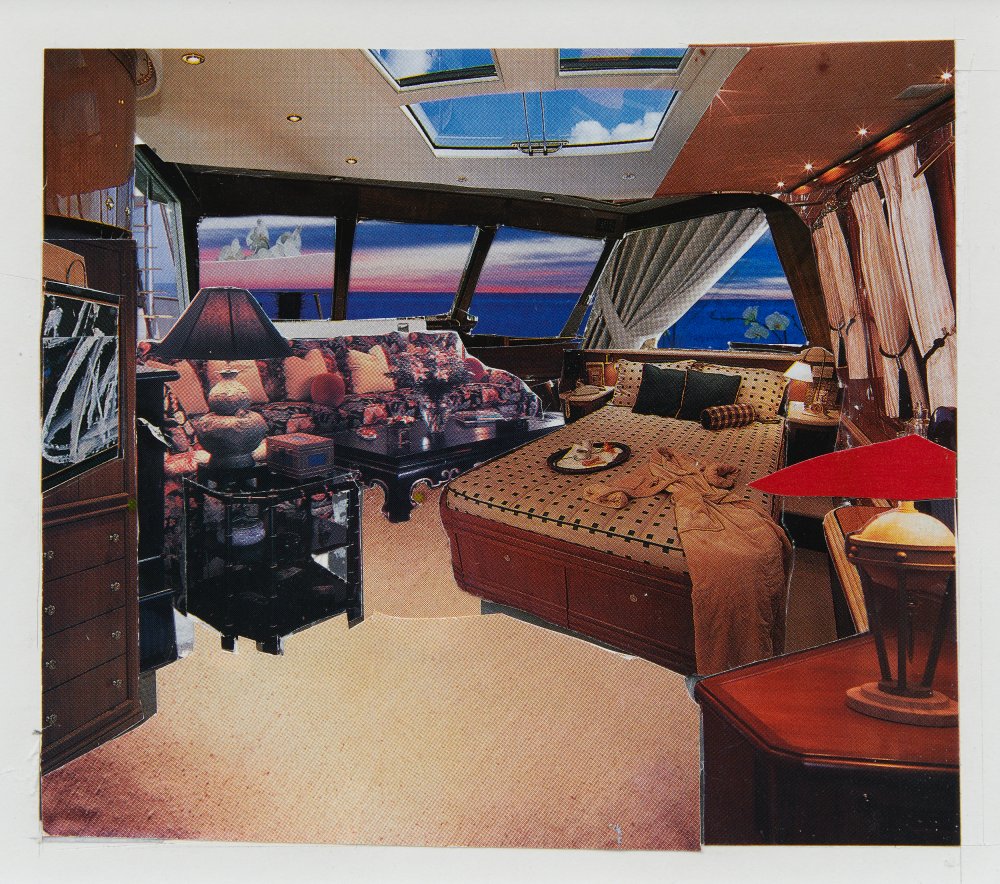 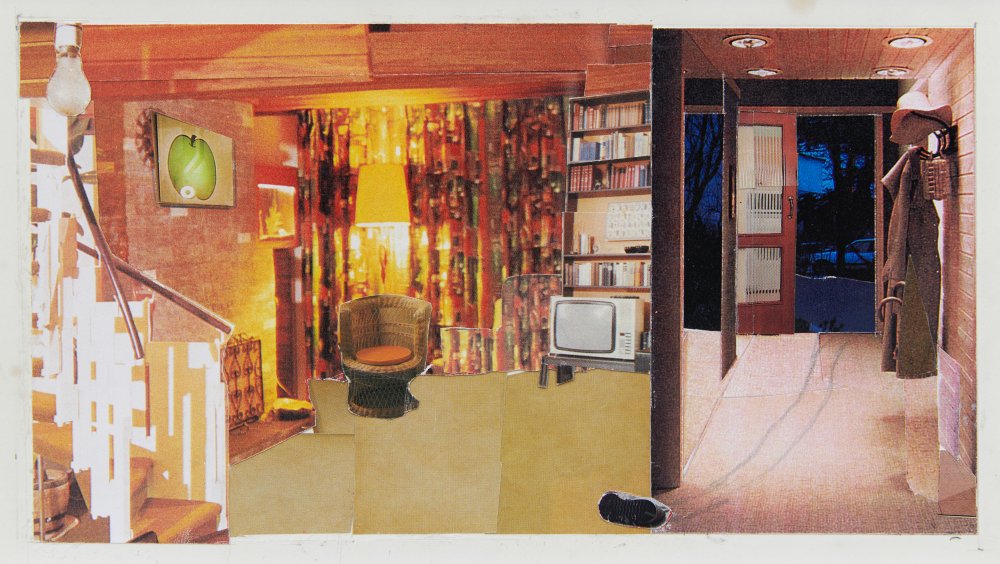 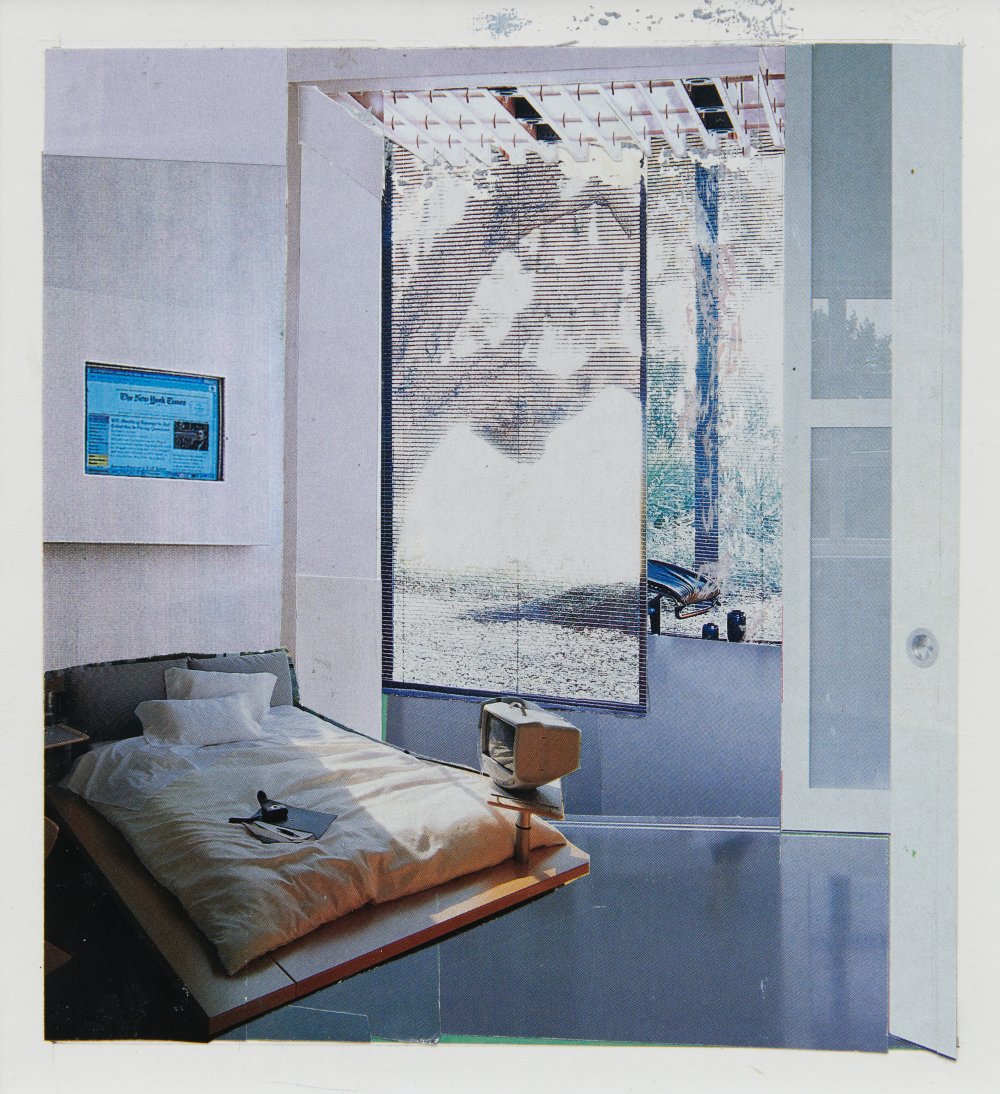 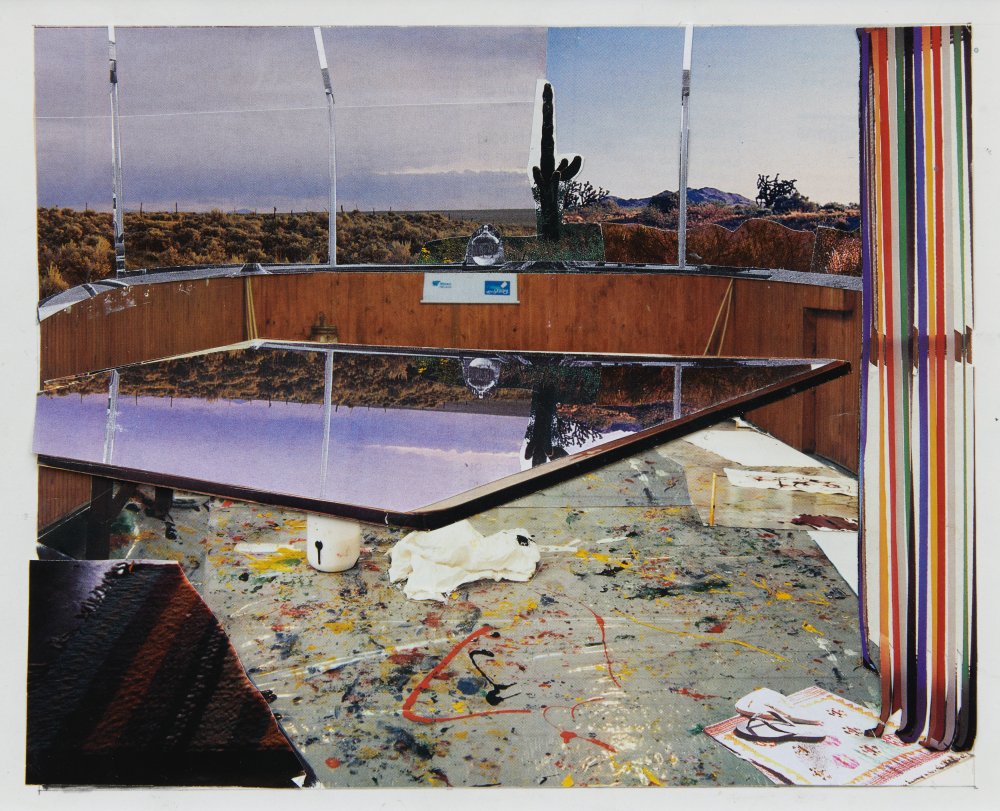 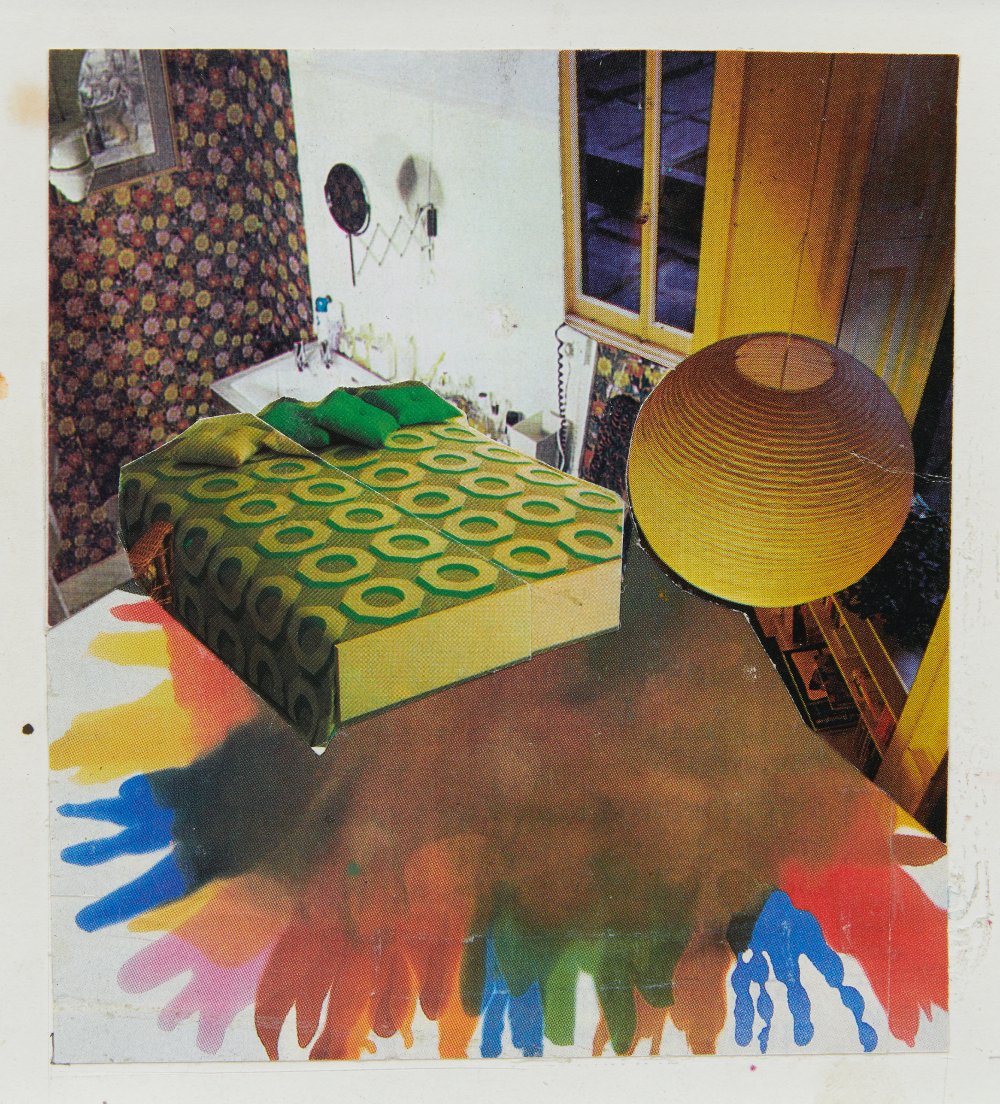 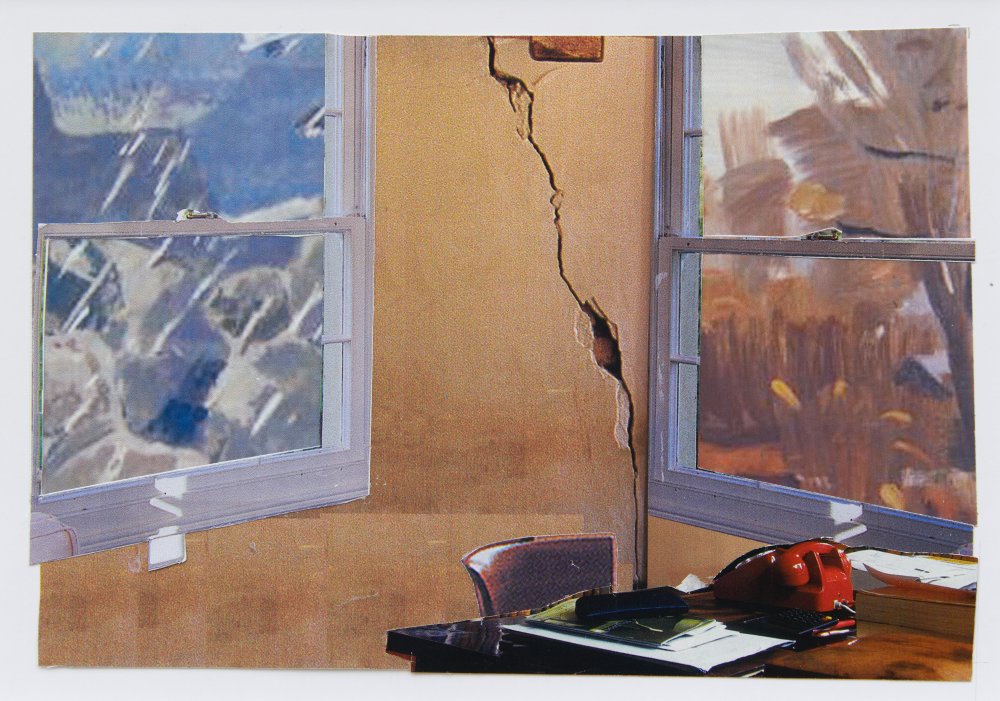 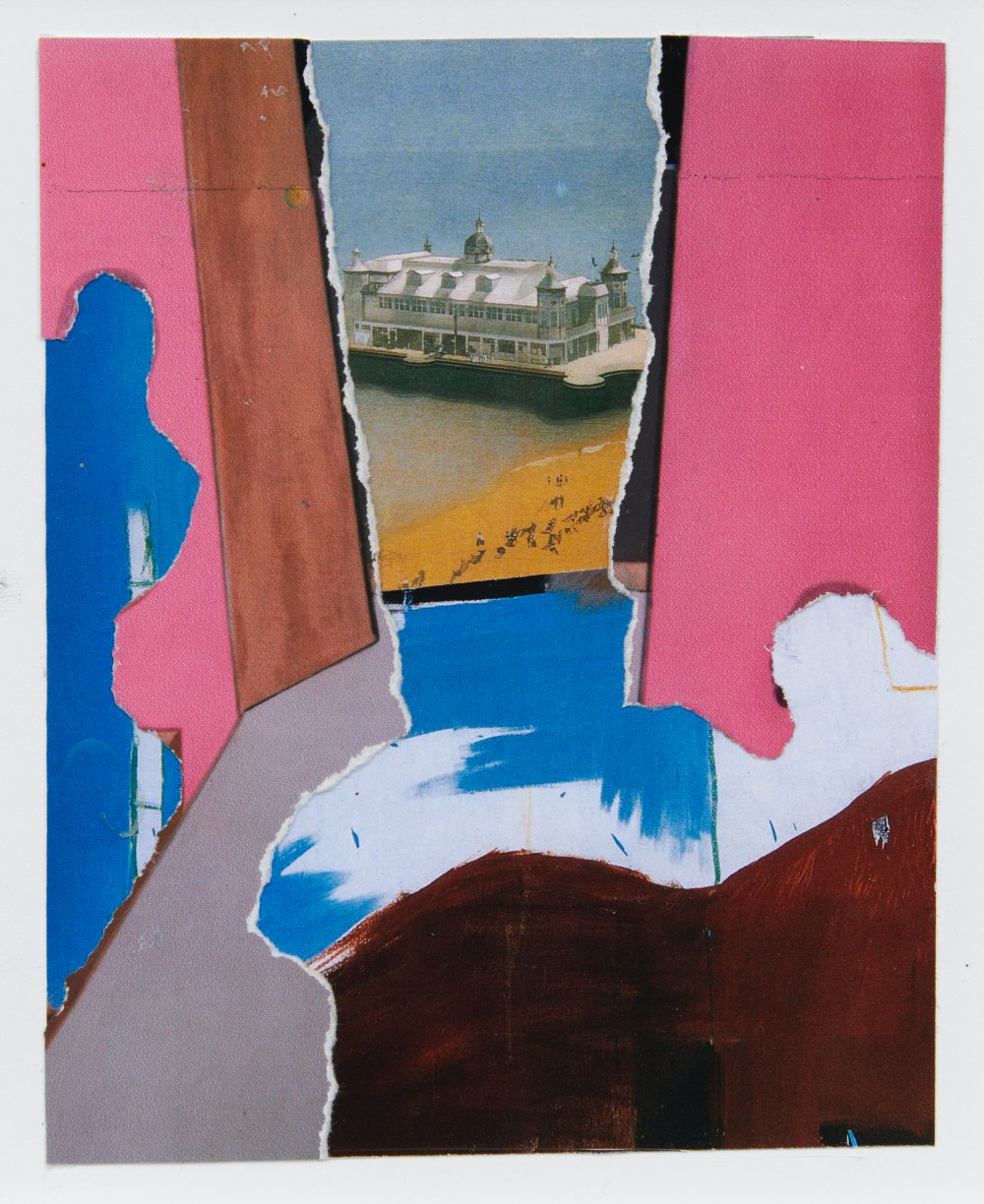 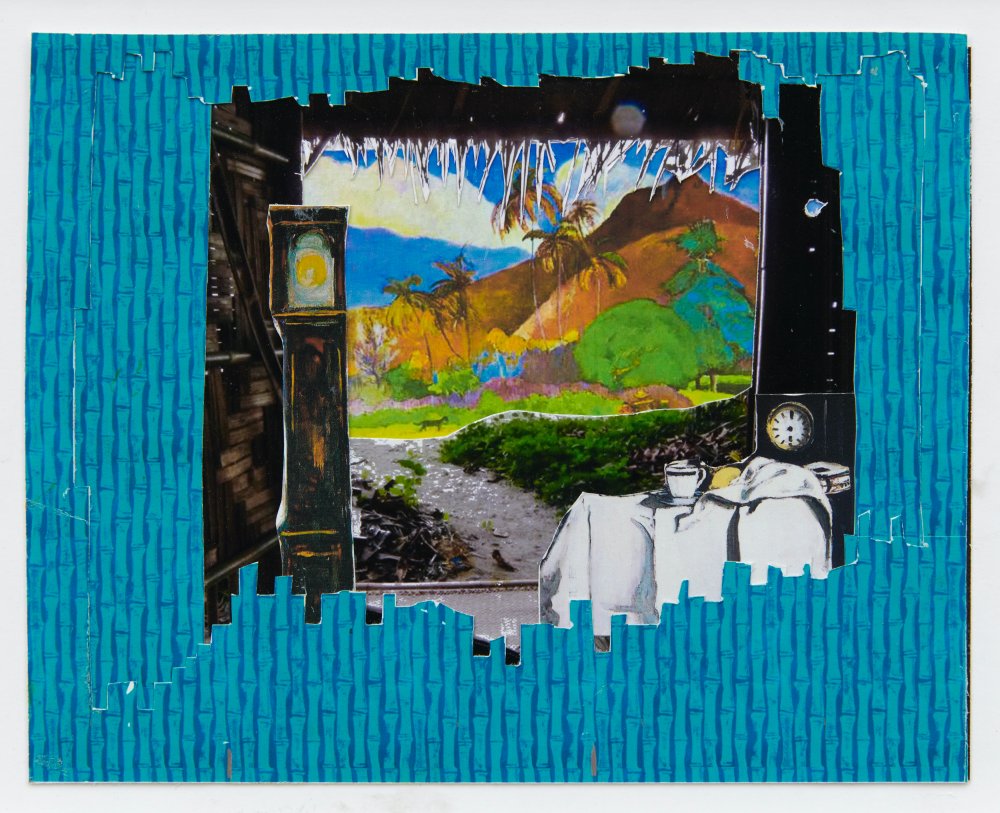 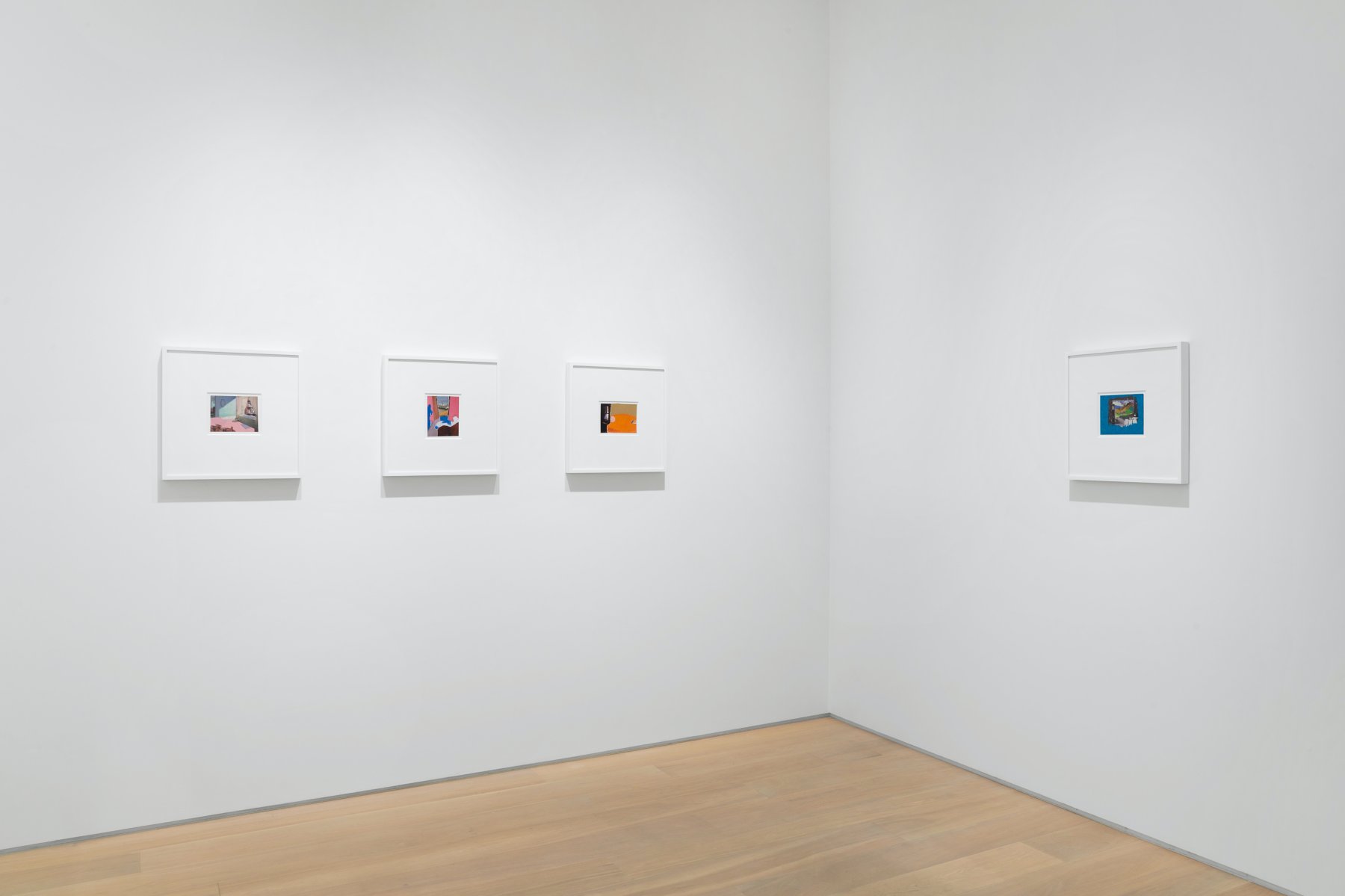 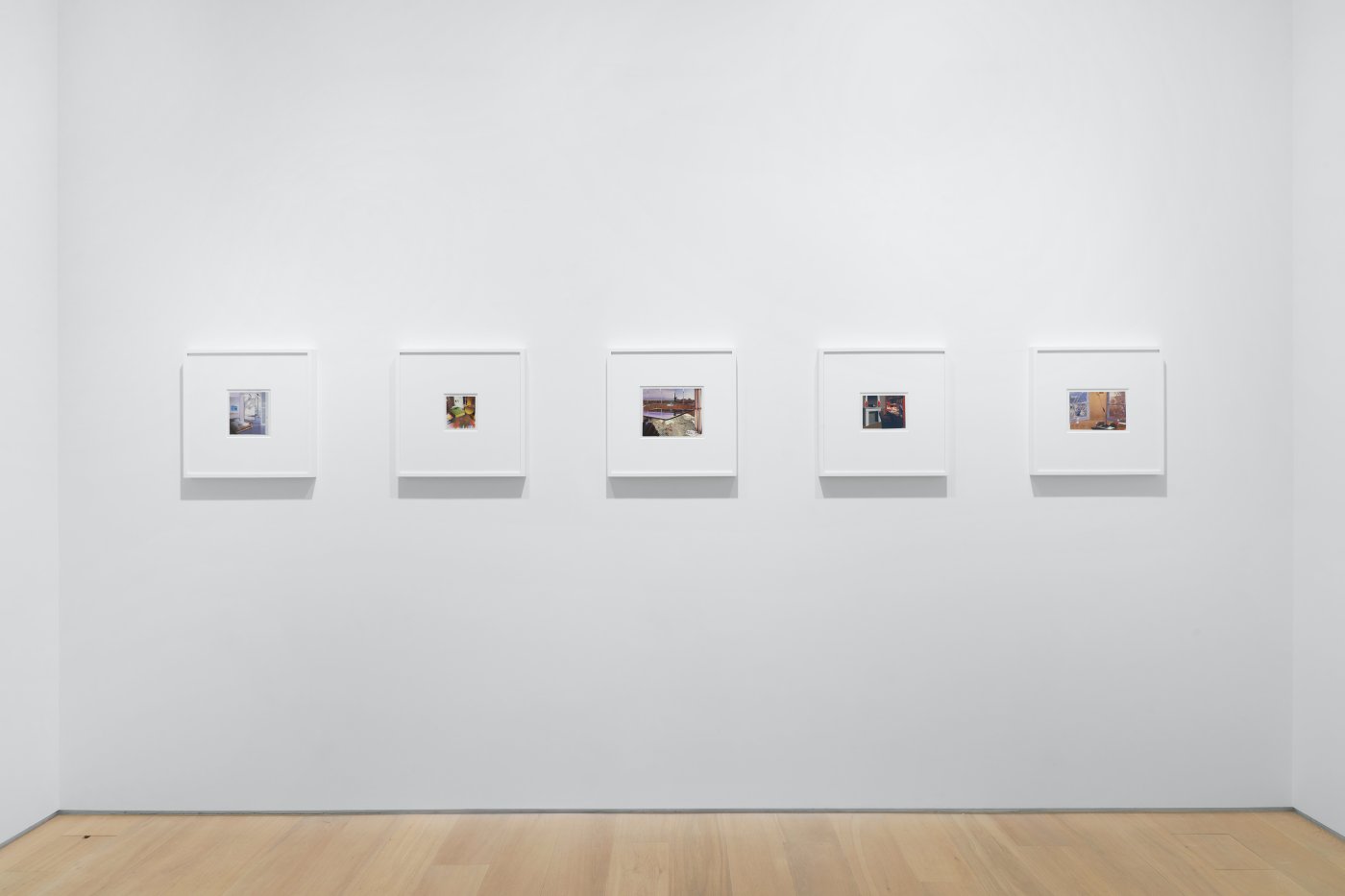 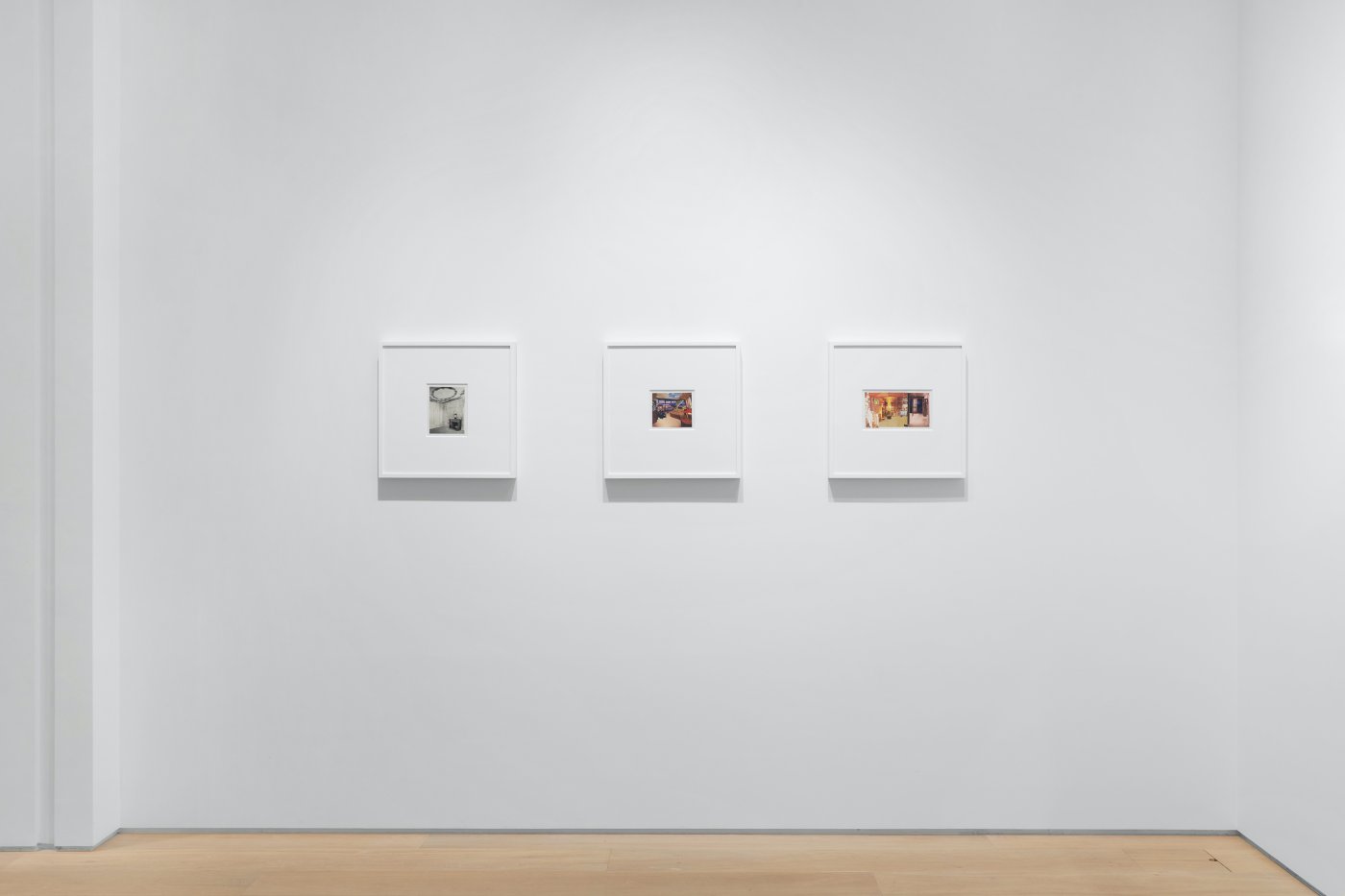 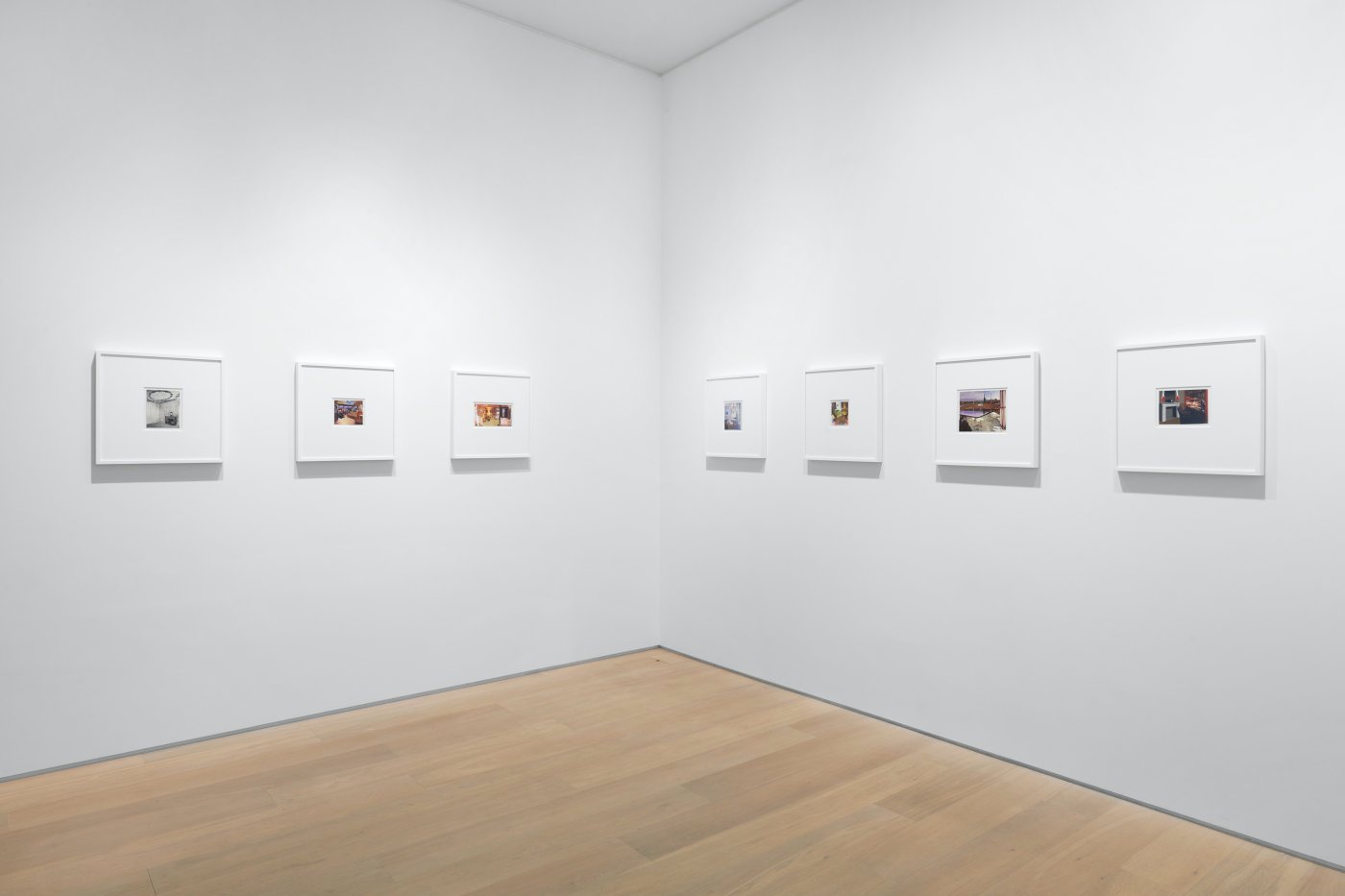 Although created between 1999 and 2011, Dalwood’s collages feel relevant to the present moment in time. Presenting a series of unpeopled, interior scenes, they speak to the supremacy of the domestic realm at a time when our homes have become inescapable, often claustrophobic, territory. Yet these small-scale works intimate a life beyond four walls; indeed, the fourth wall opens to the viewer, offering a voyeuristic glimpse into an empty interior
that reveals its occupant by composition – and on occasion, title – only.

For Dalwood, his collages existed as exercises in composition. In their subsequent translation to large-scale canvases, he preserved their sharp edges and disjoined aesthetic, resulting in a jarring sense of perspective and proportion that disorients the viewer. In asking his audience to absorb multiple images at once, Dalwood slows down the act of consumption, deconstructing canonical thinking and existing systems of belief, both subjective and collective. In this way, his collages are both symbols representative of his artistic process and his patchwork approach to the inconsistencies of memory.