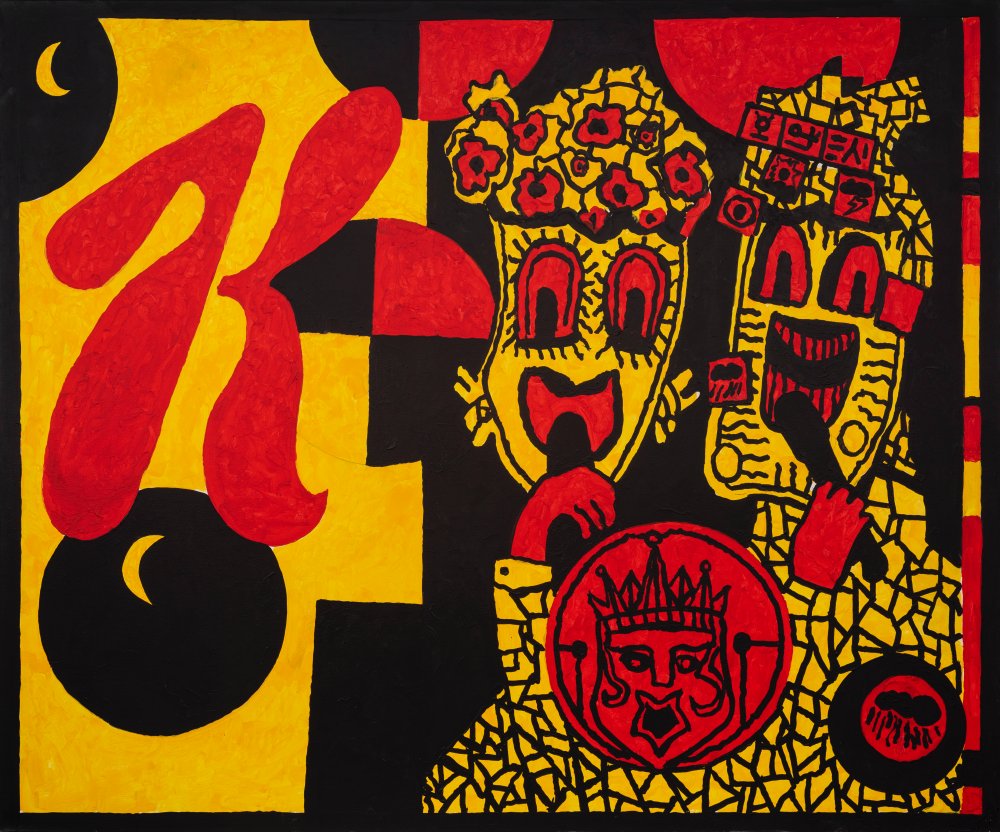 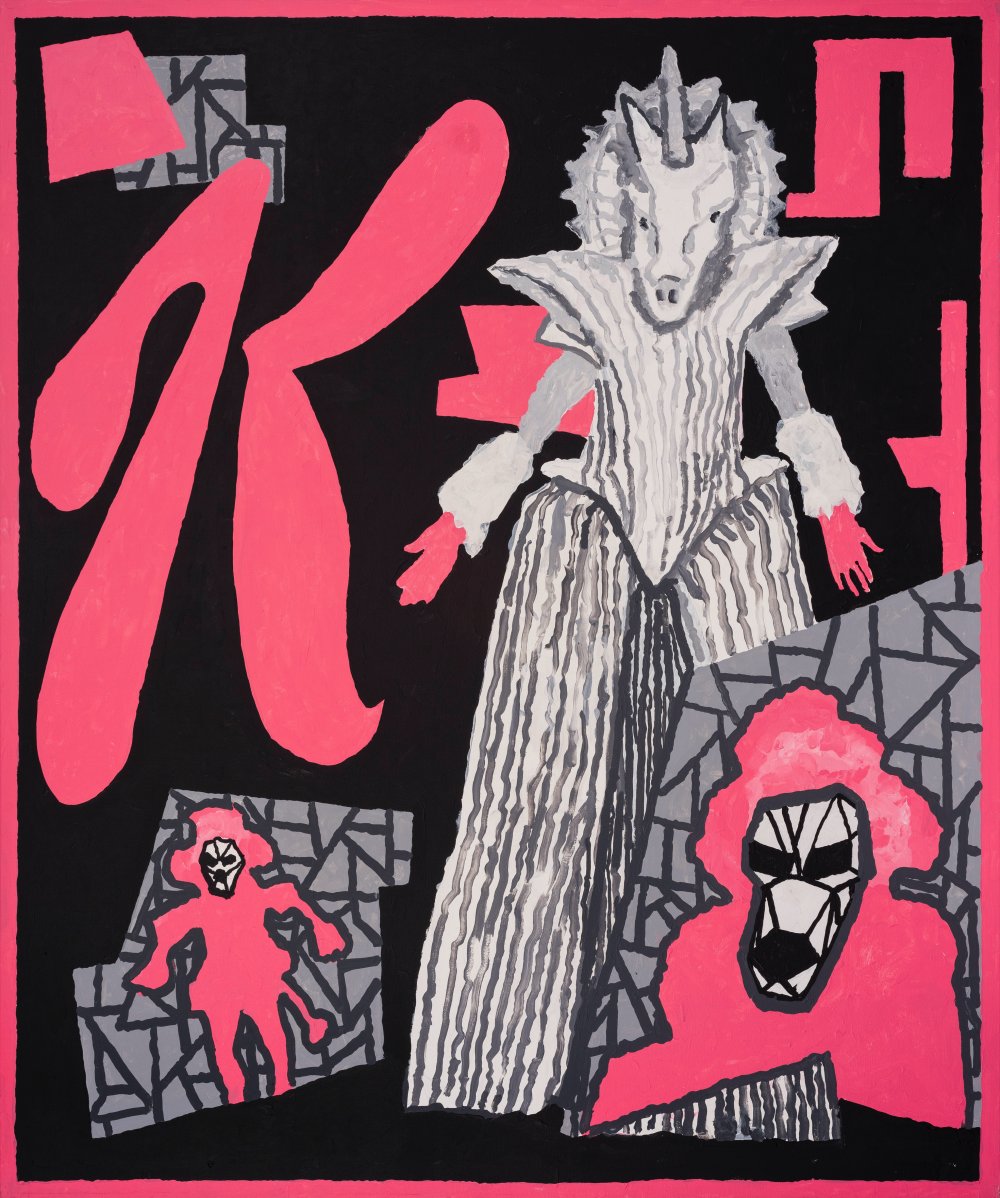 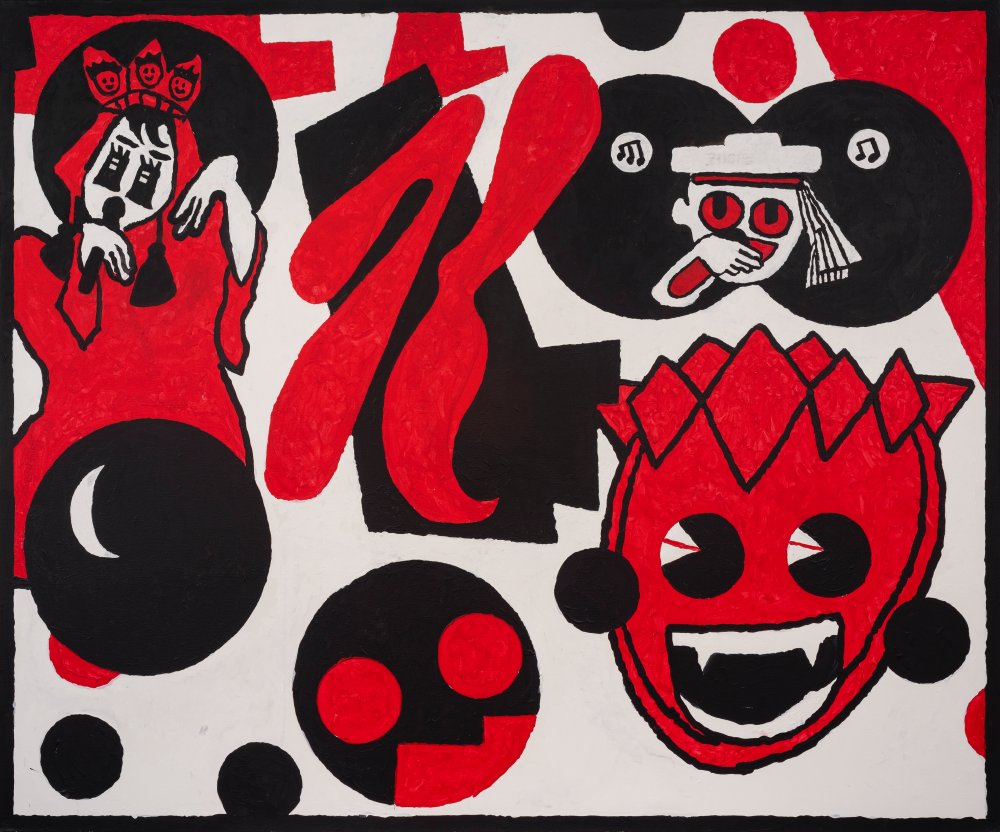 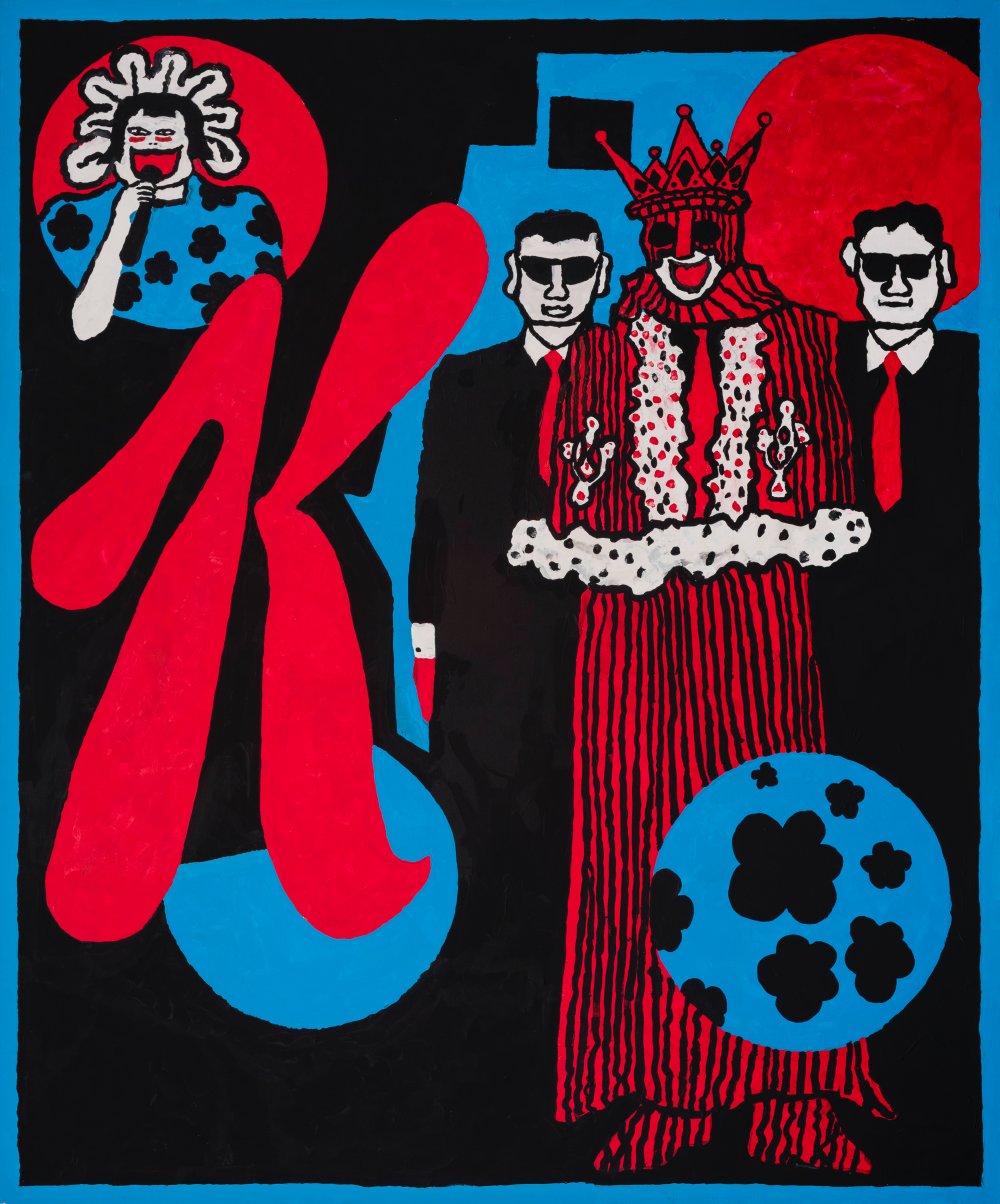 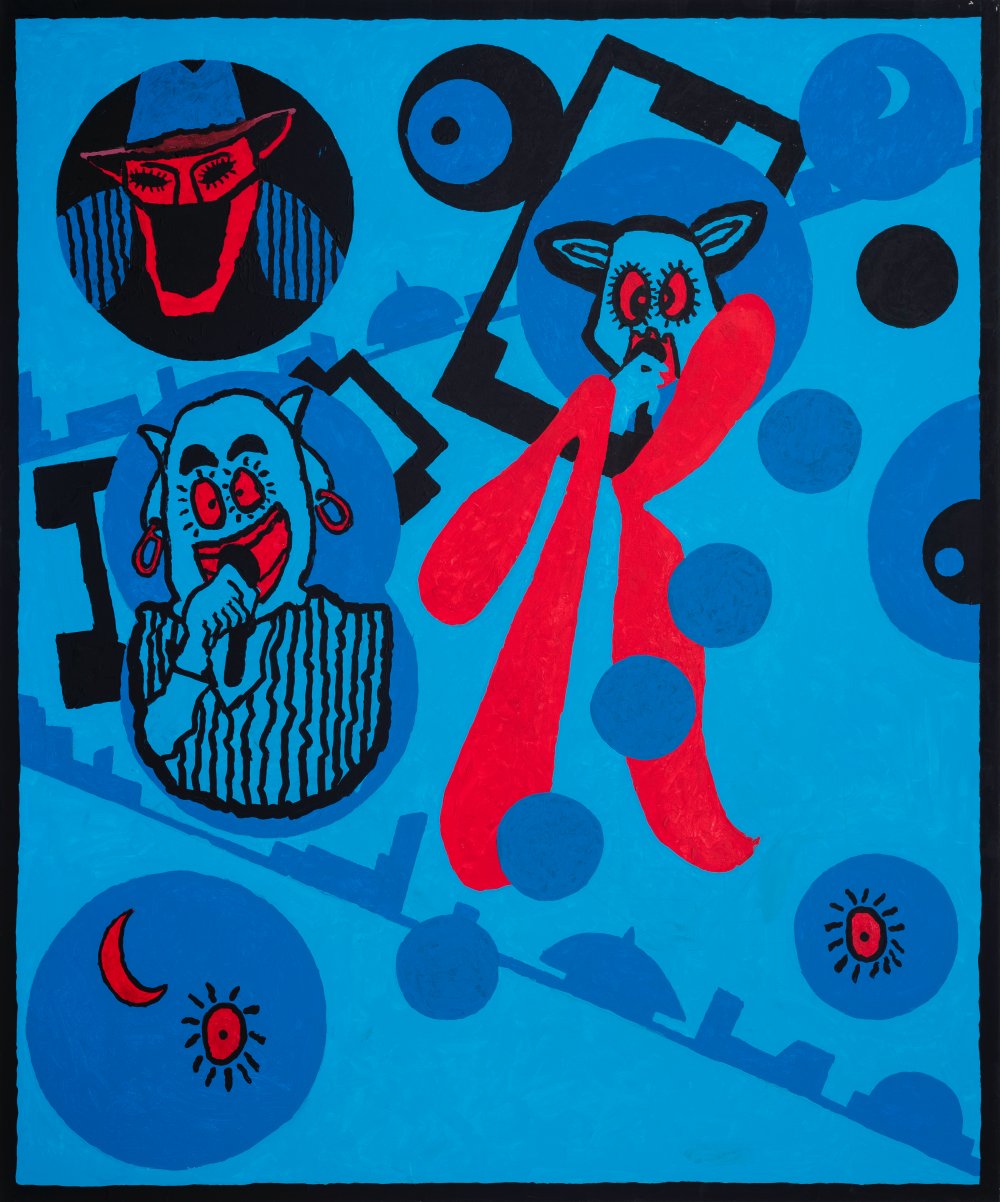 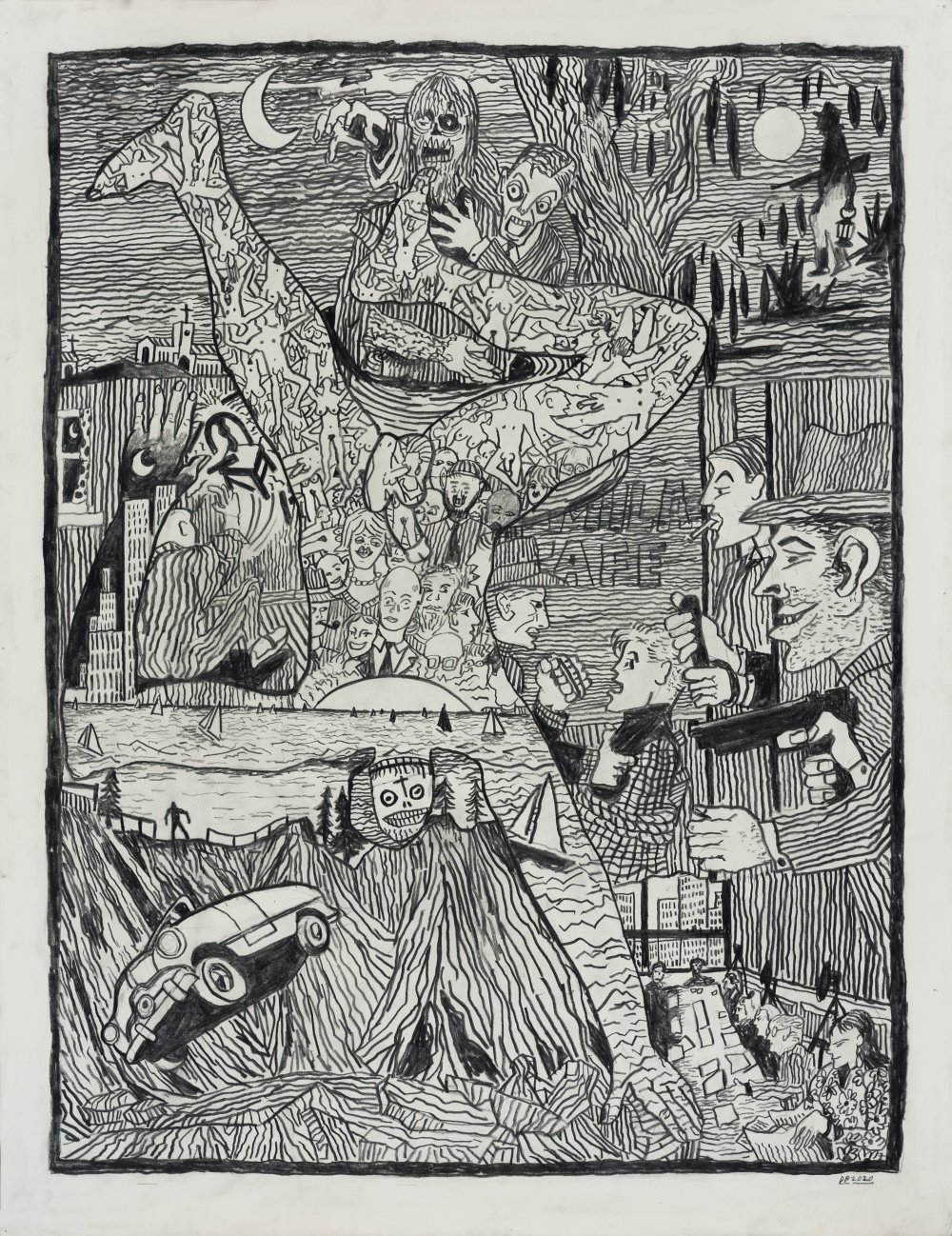 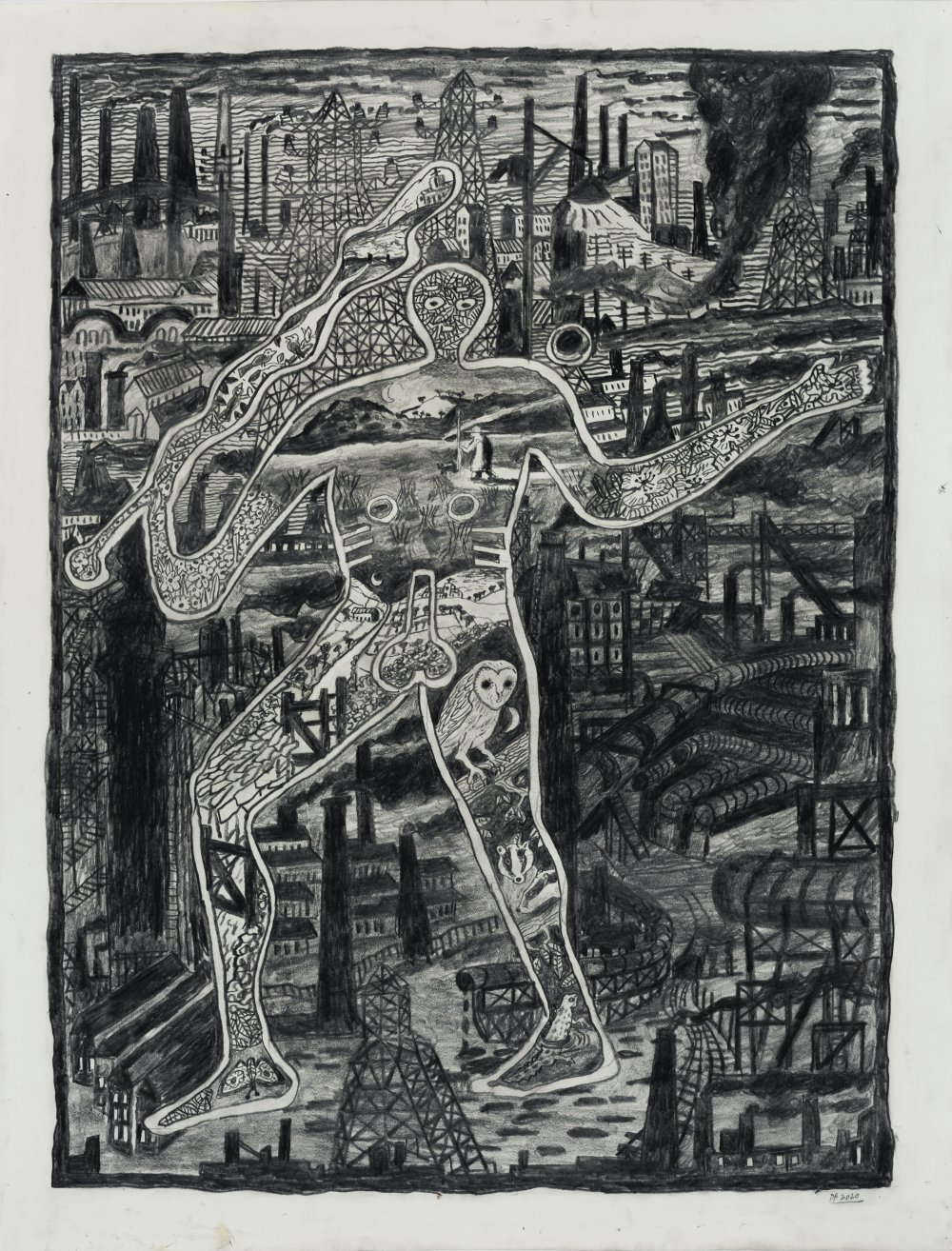 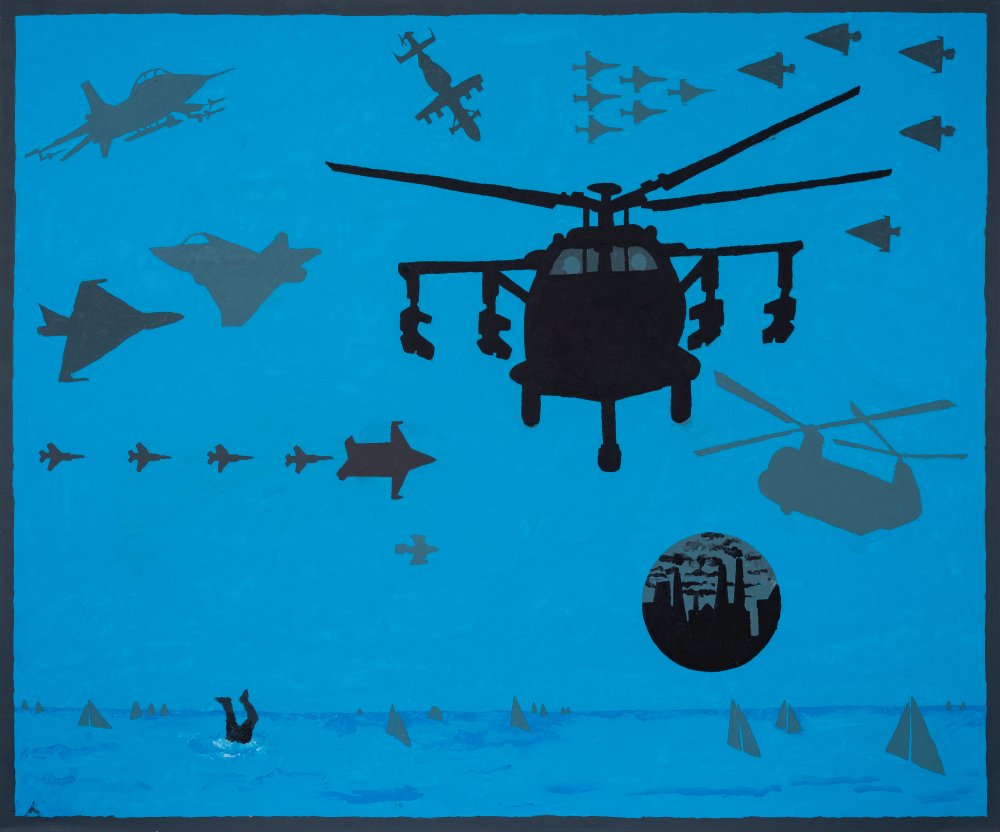 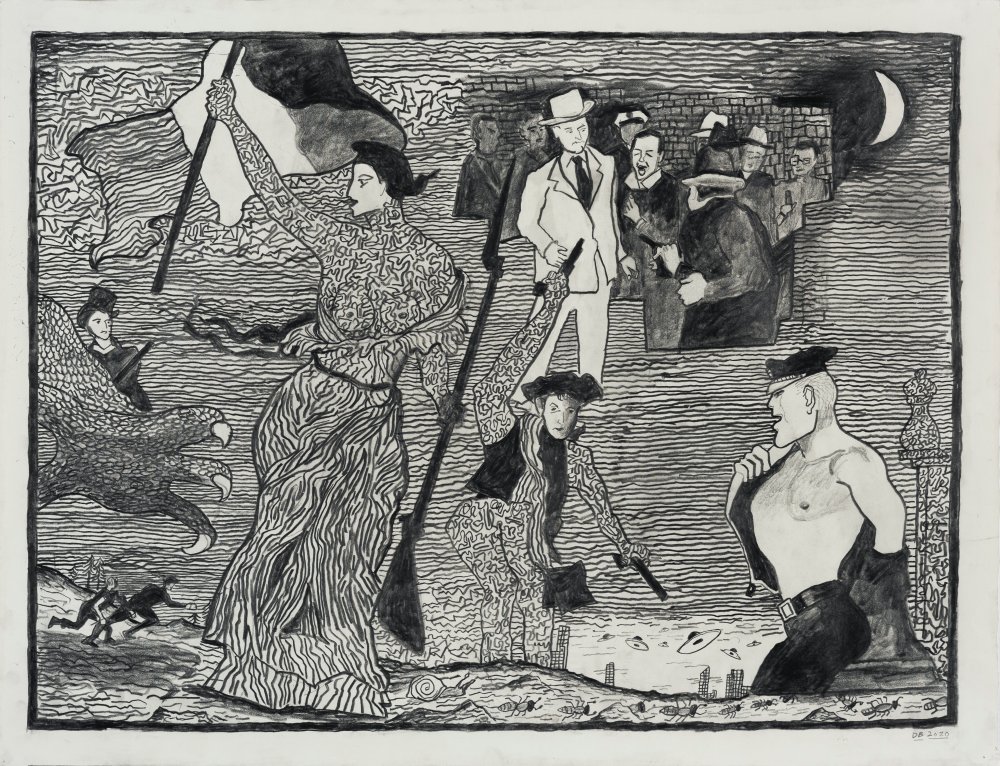 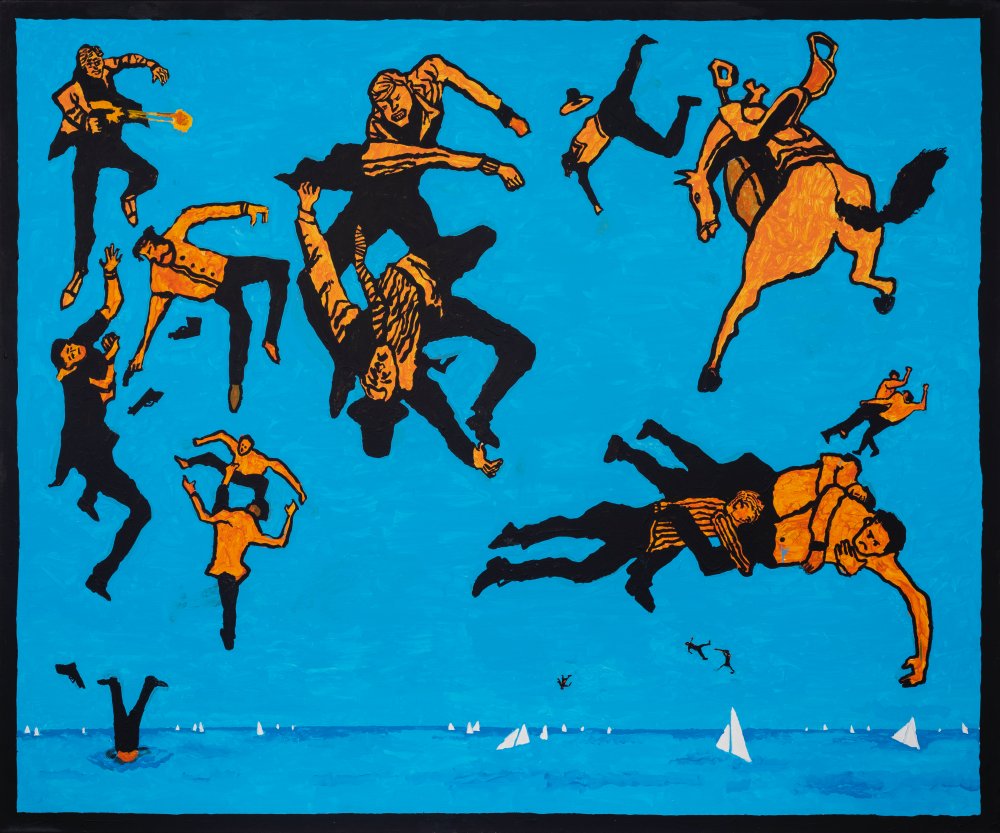 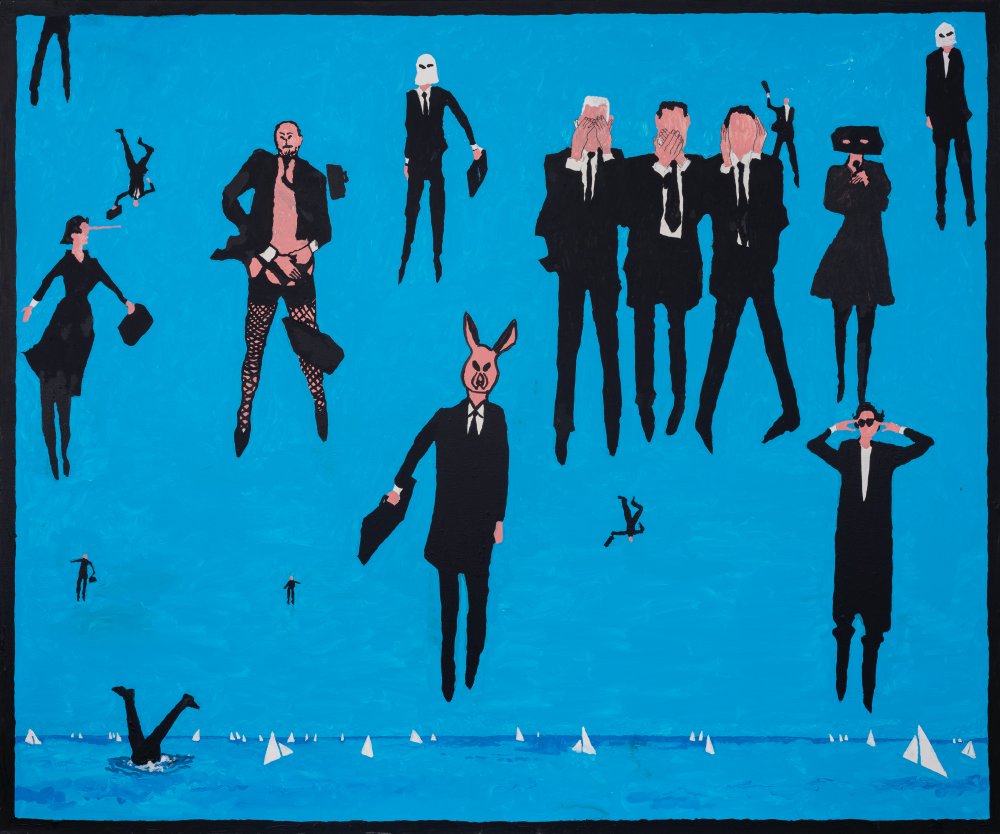 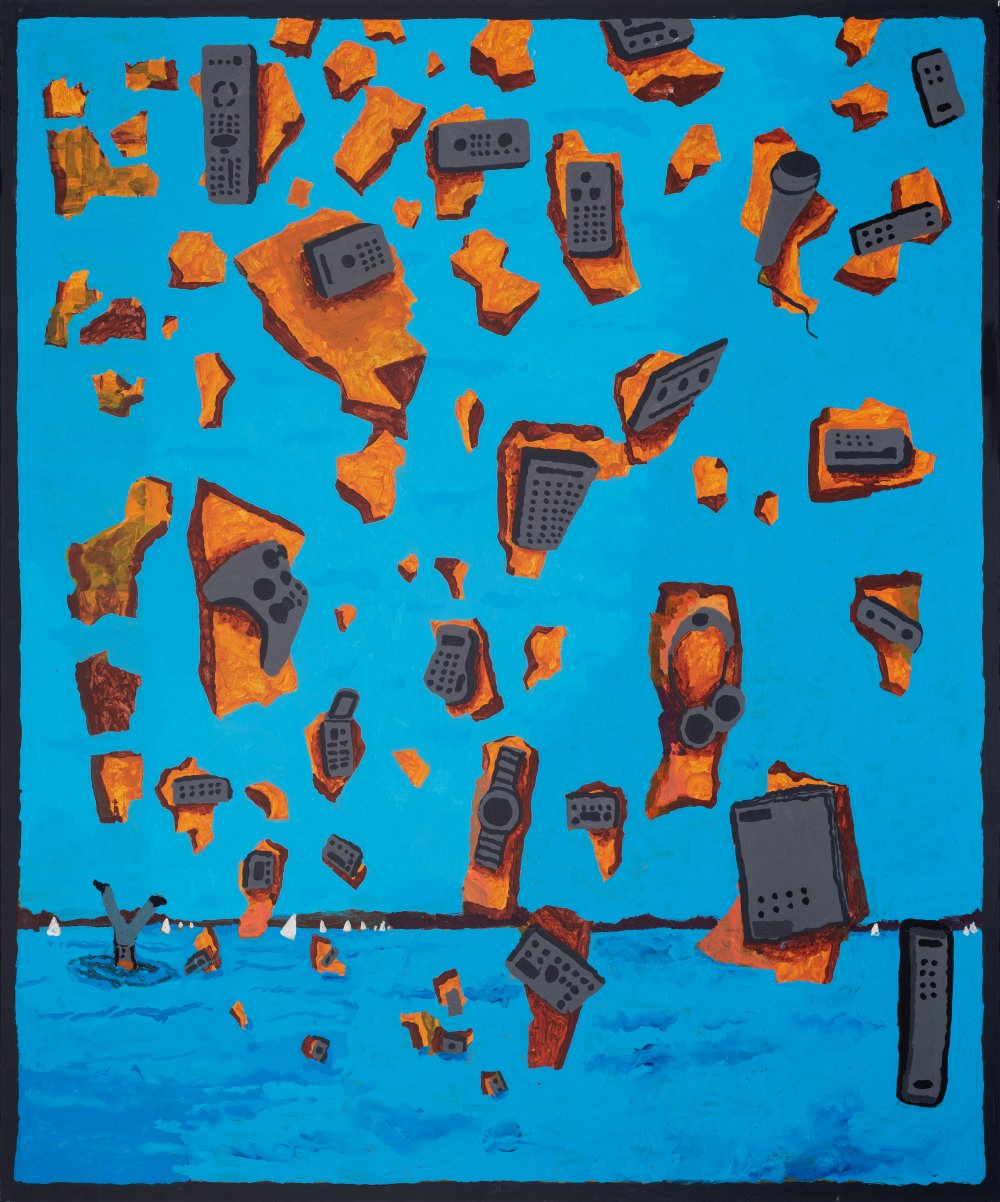 Derek Boshier
Icarus Goes Digital and Remembers the Extension of the Senses, 2020 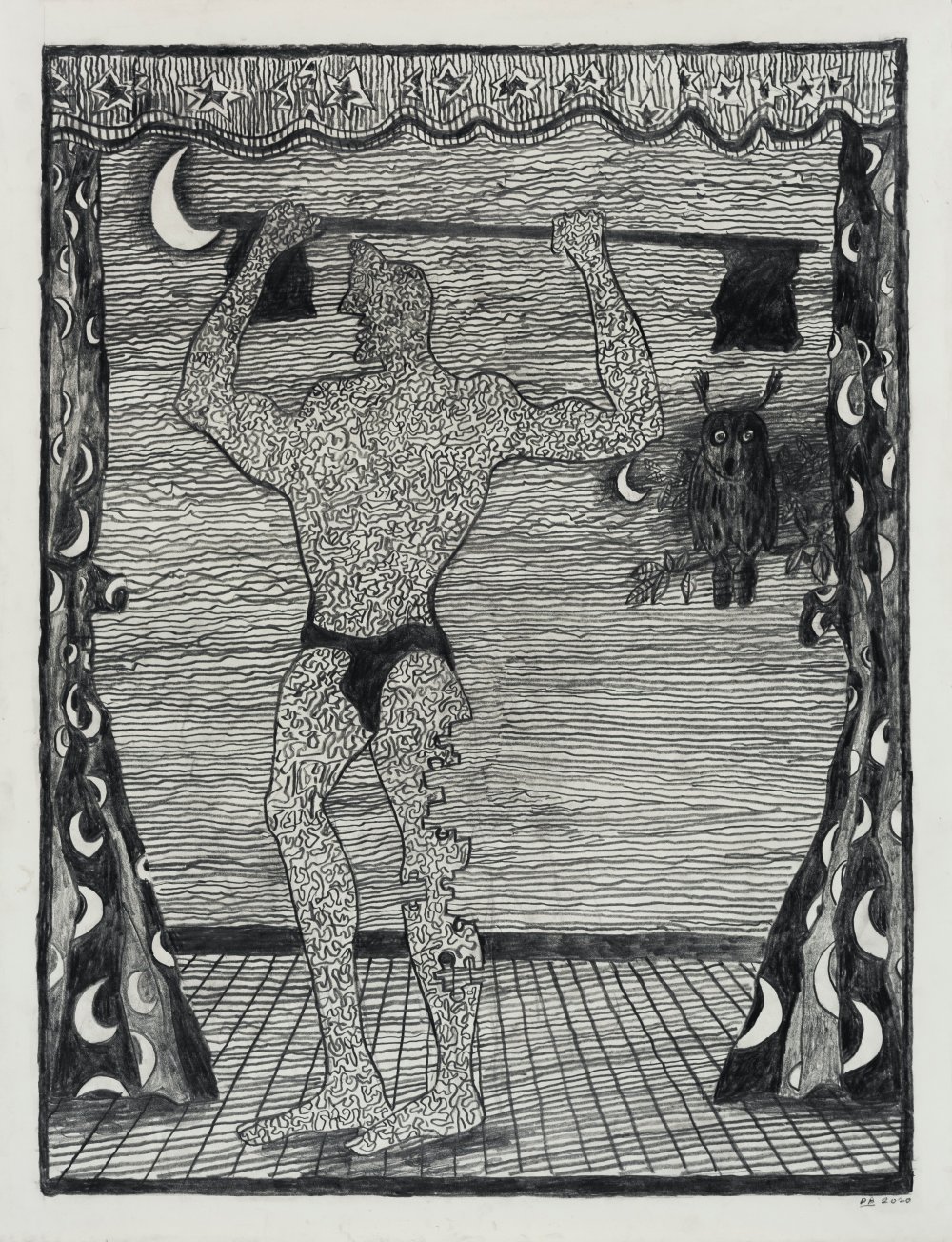 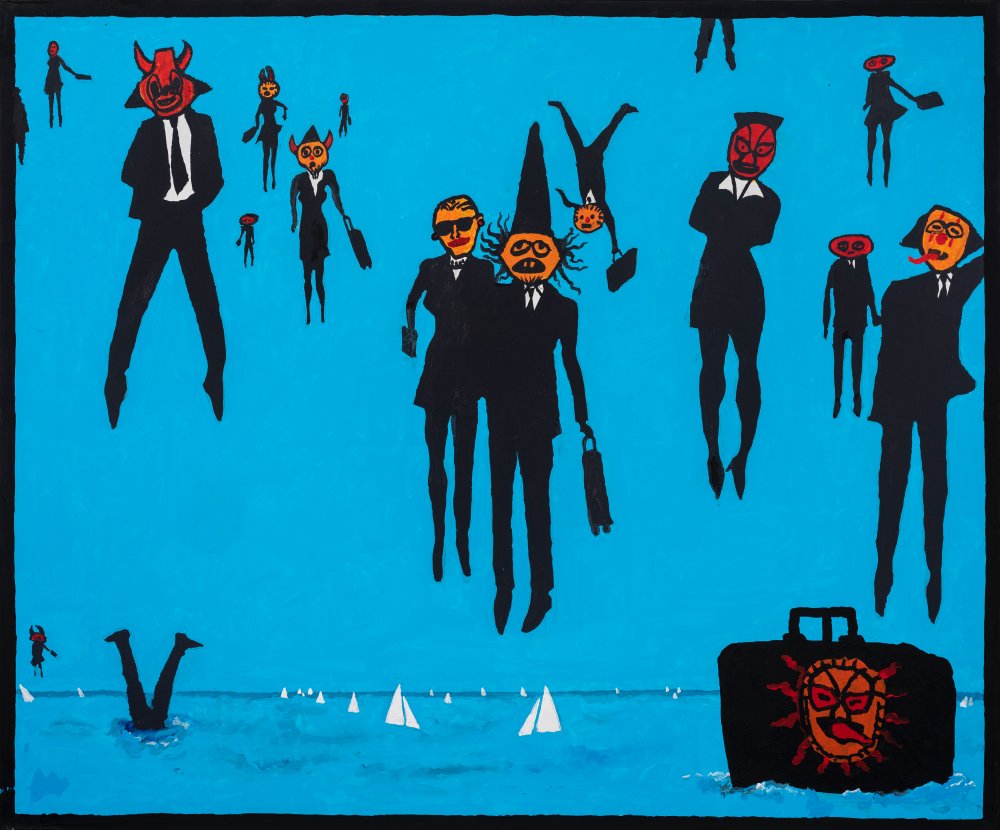 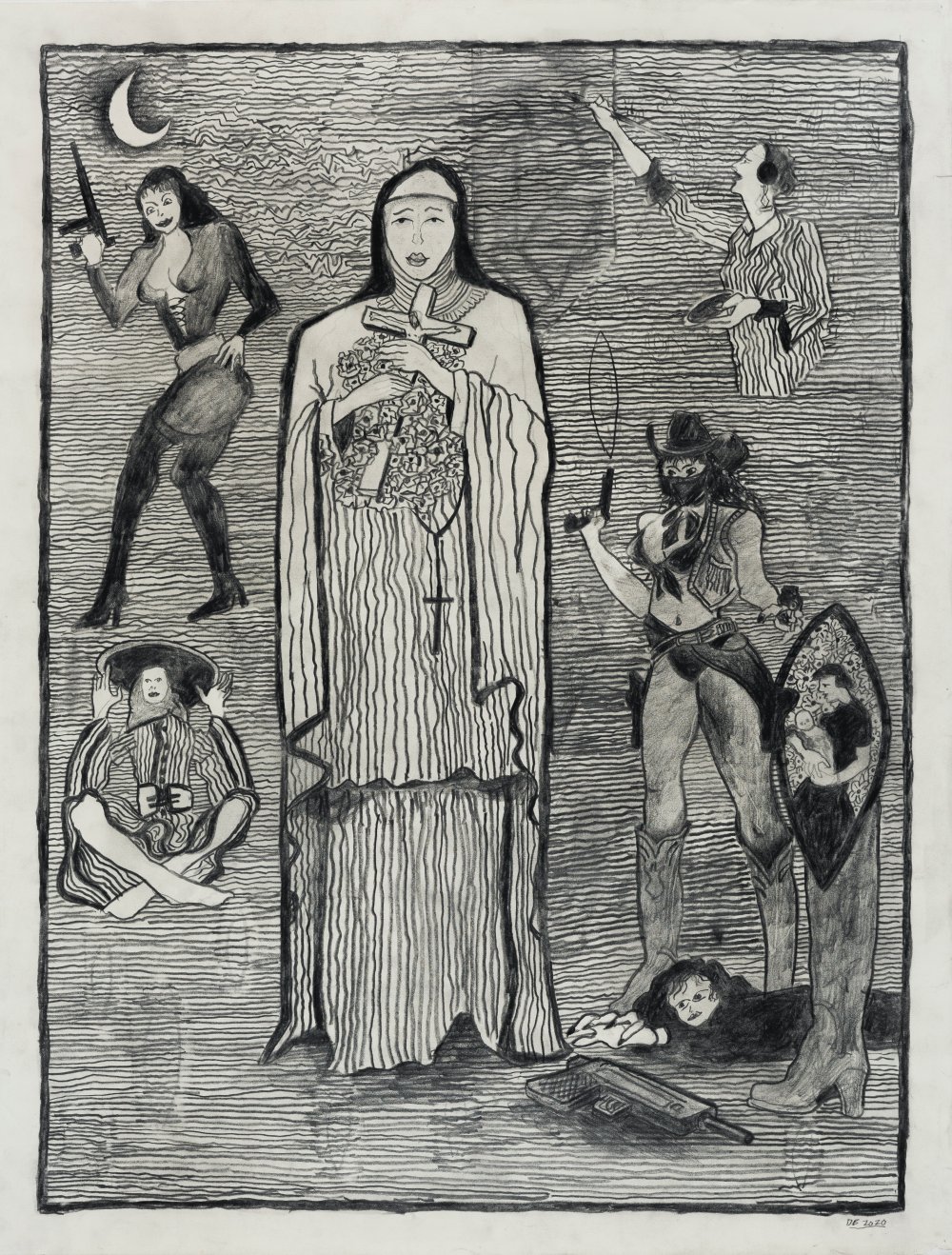 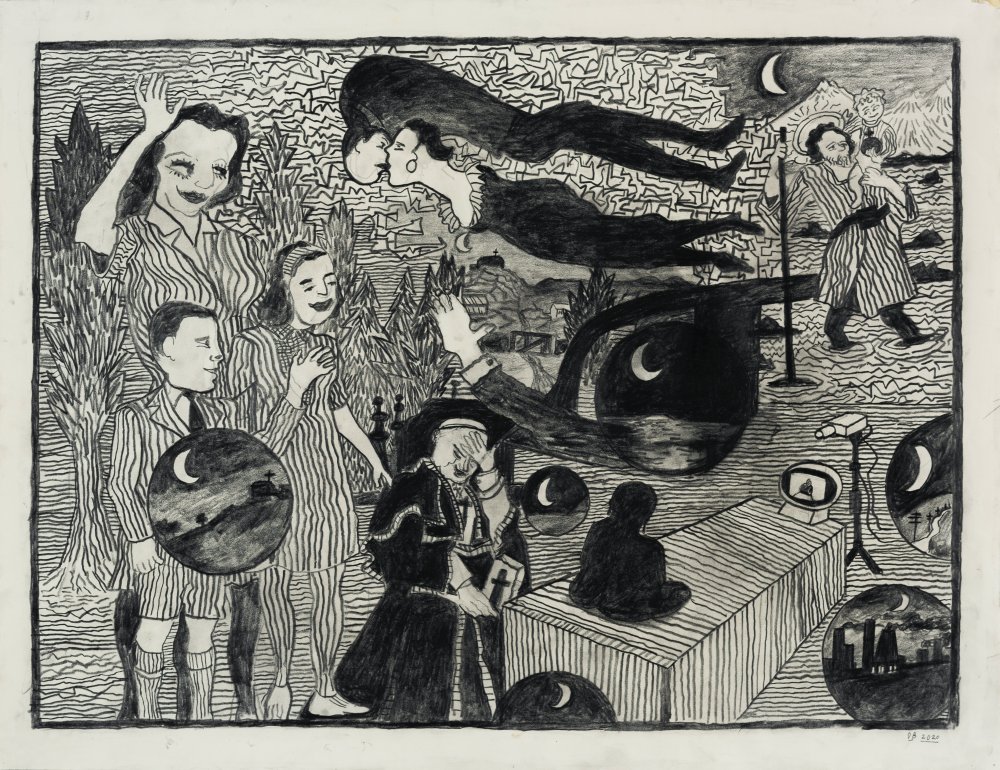 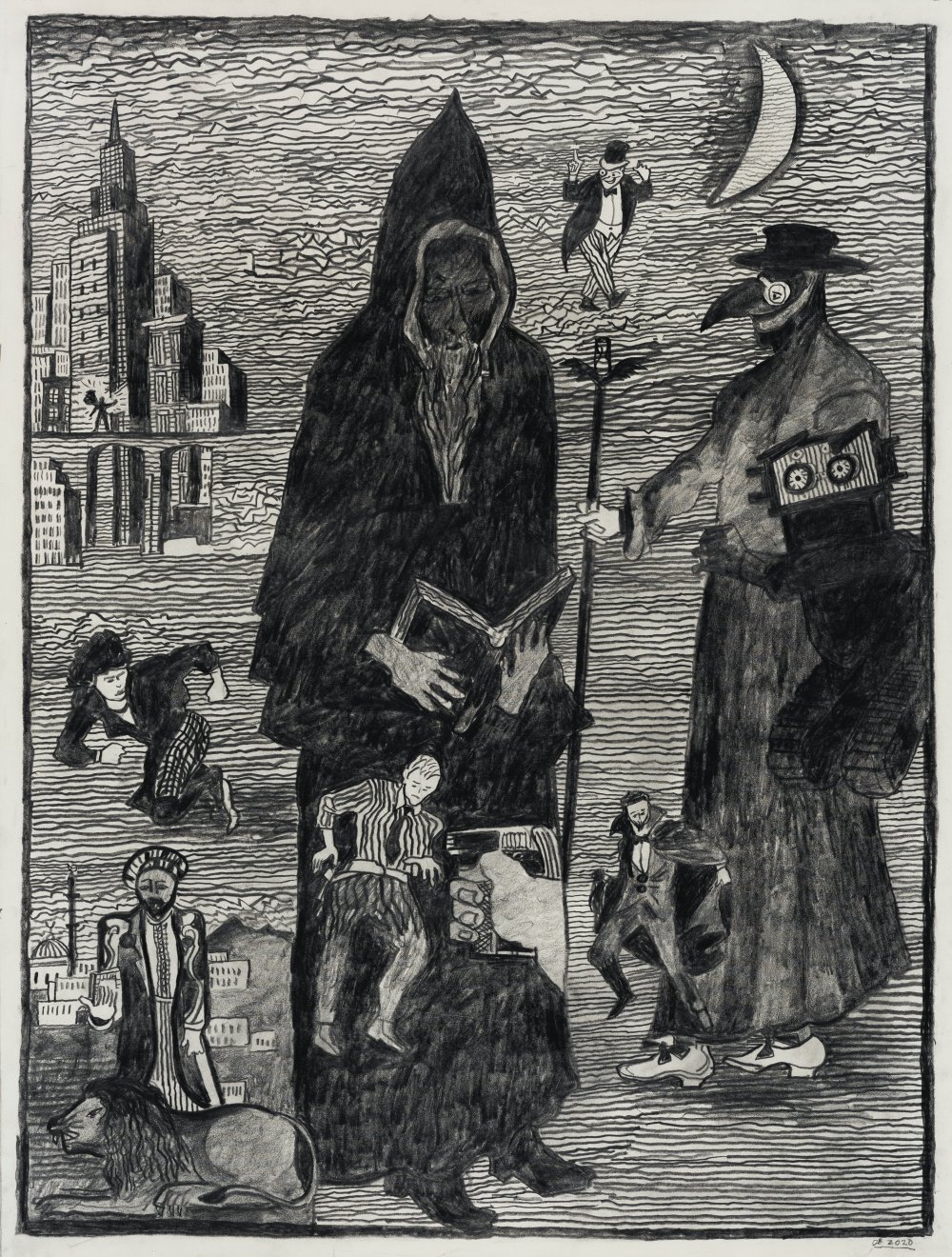 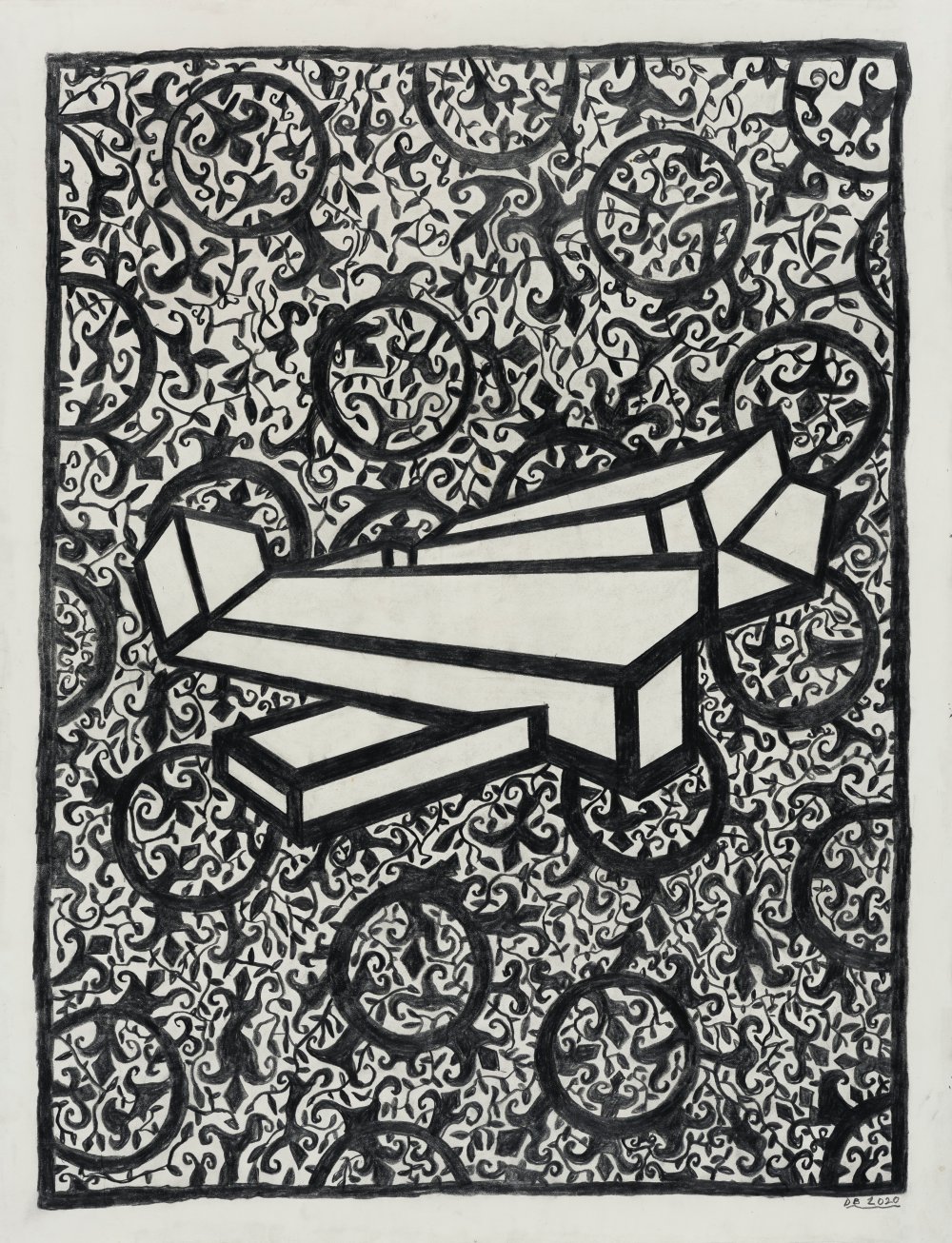 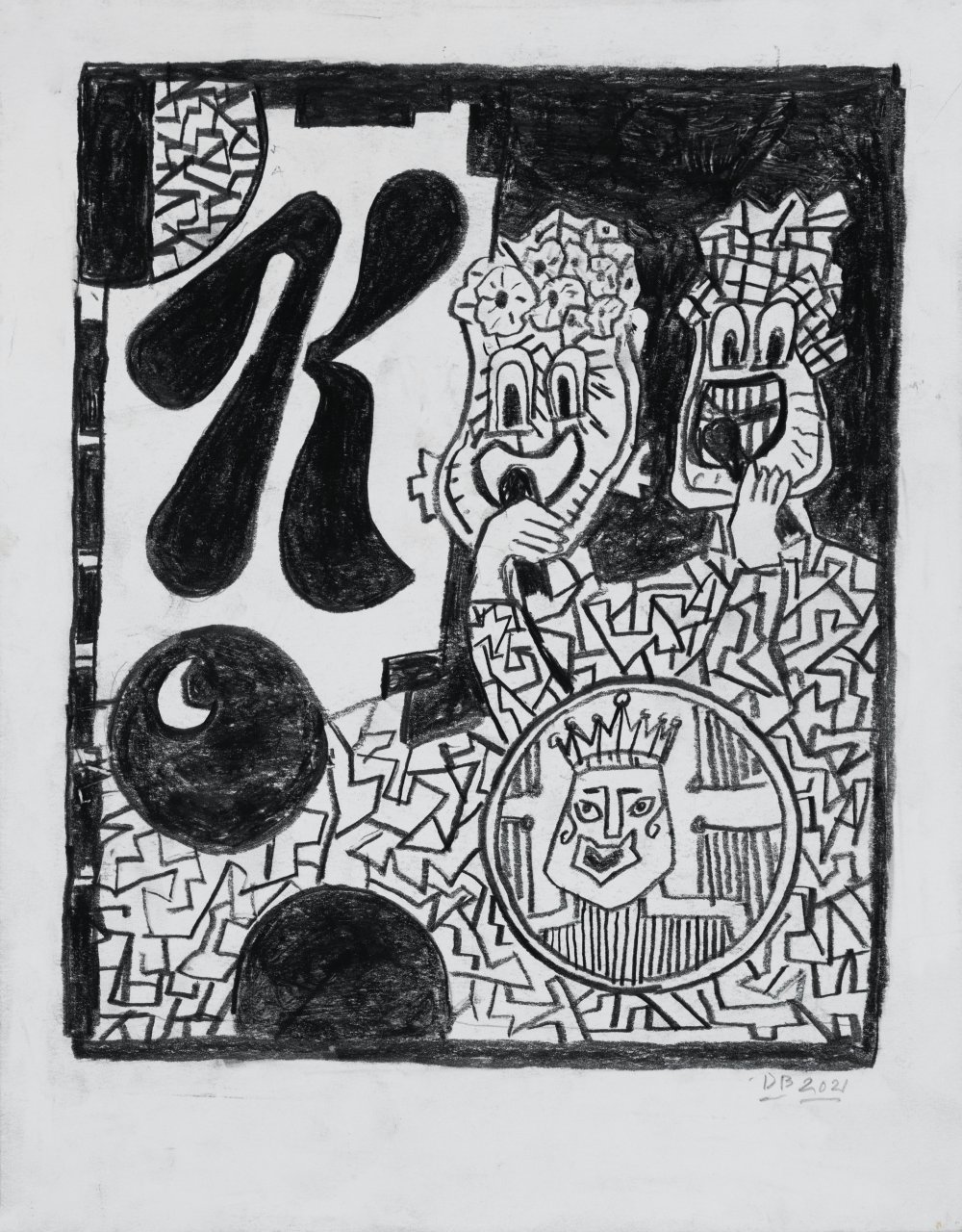 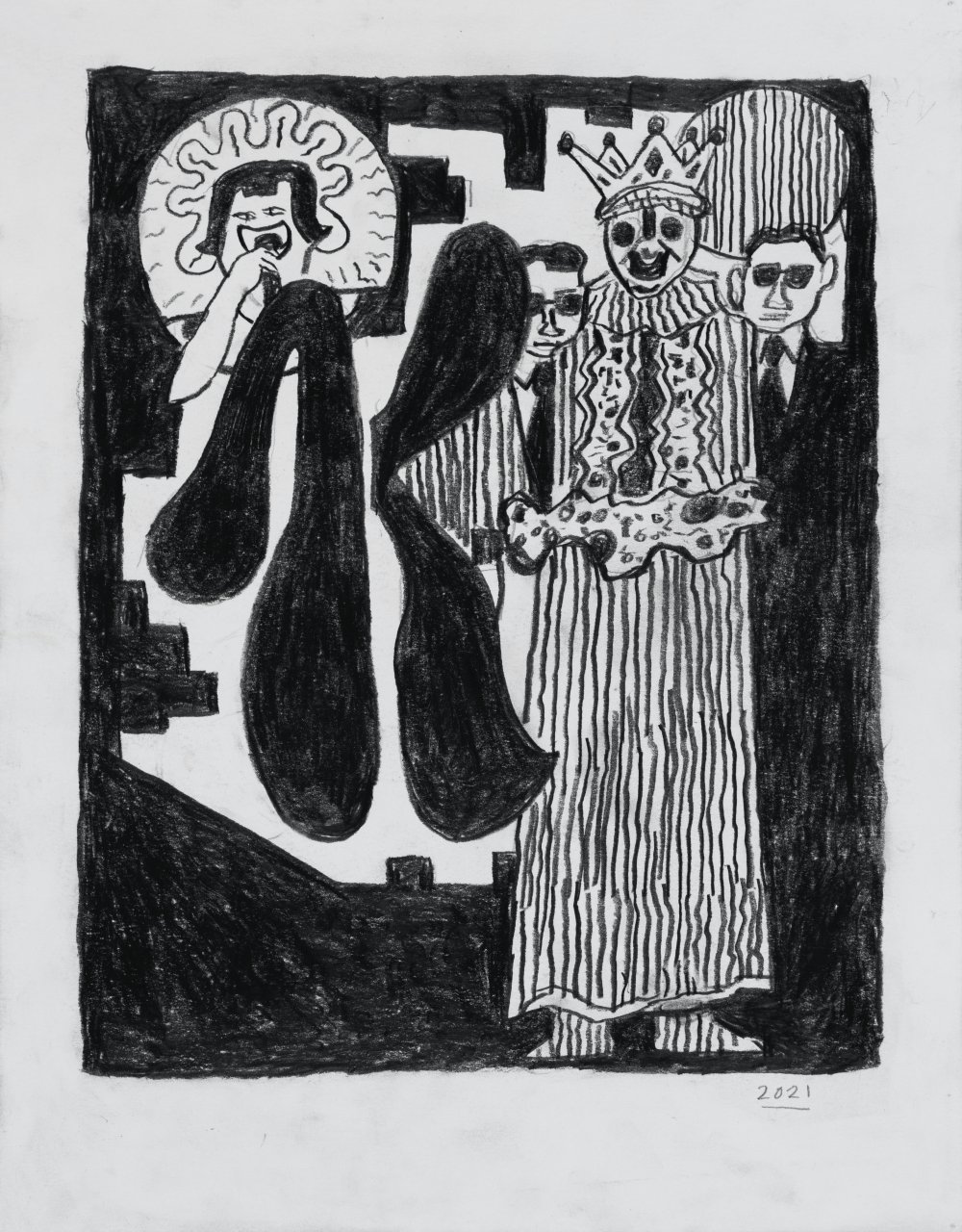 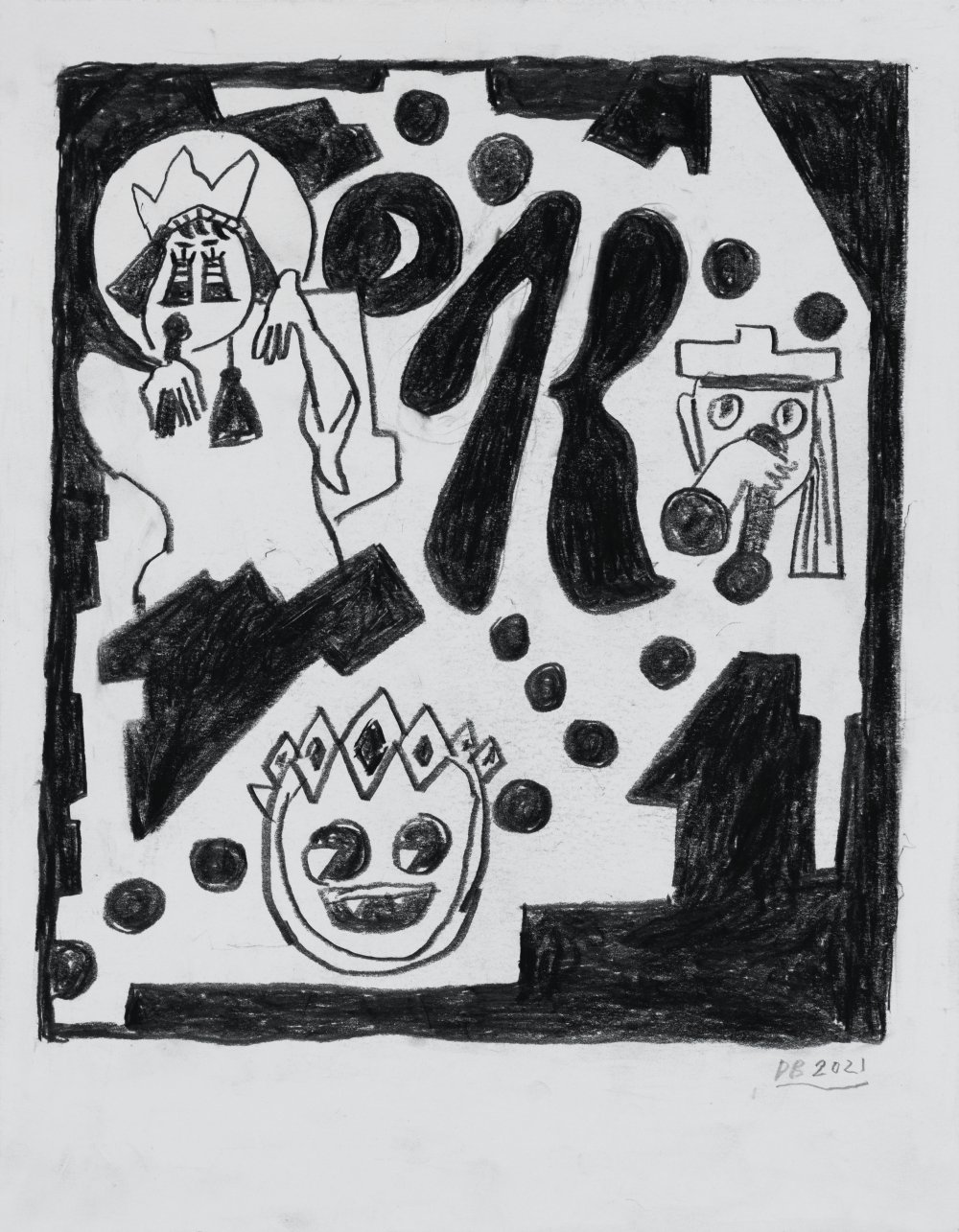 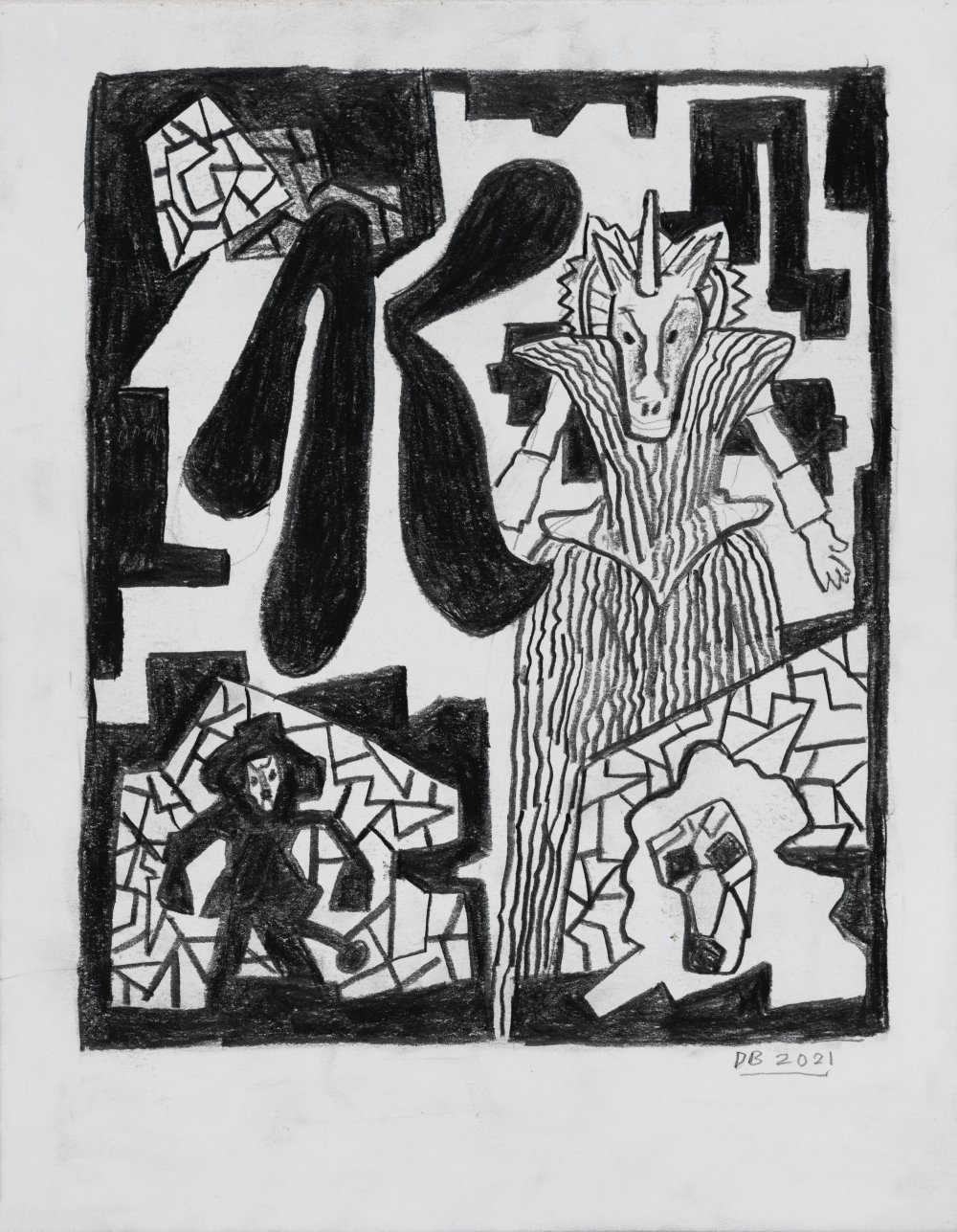 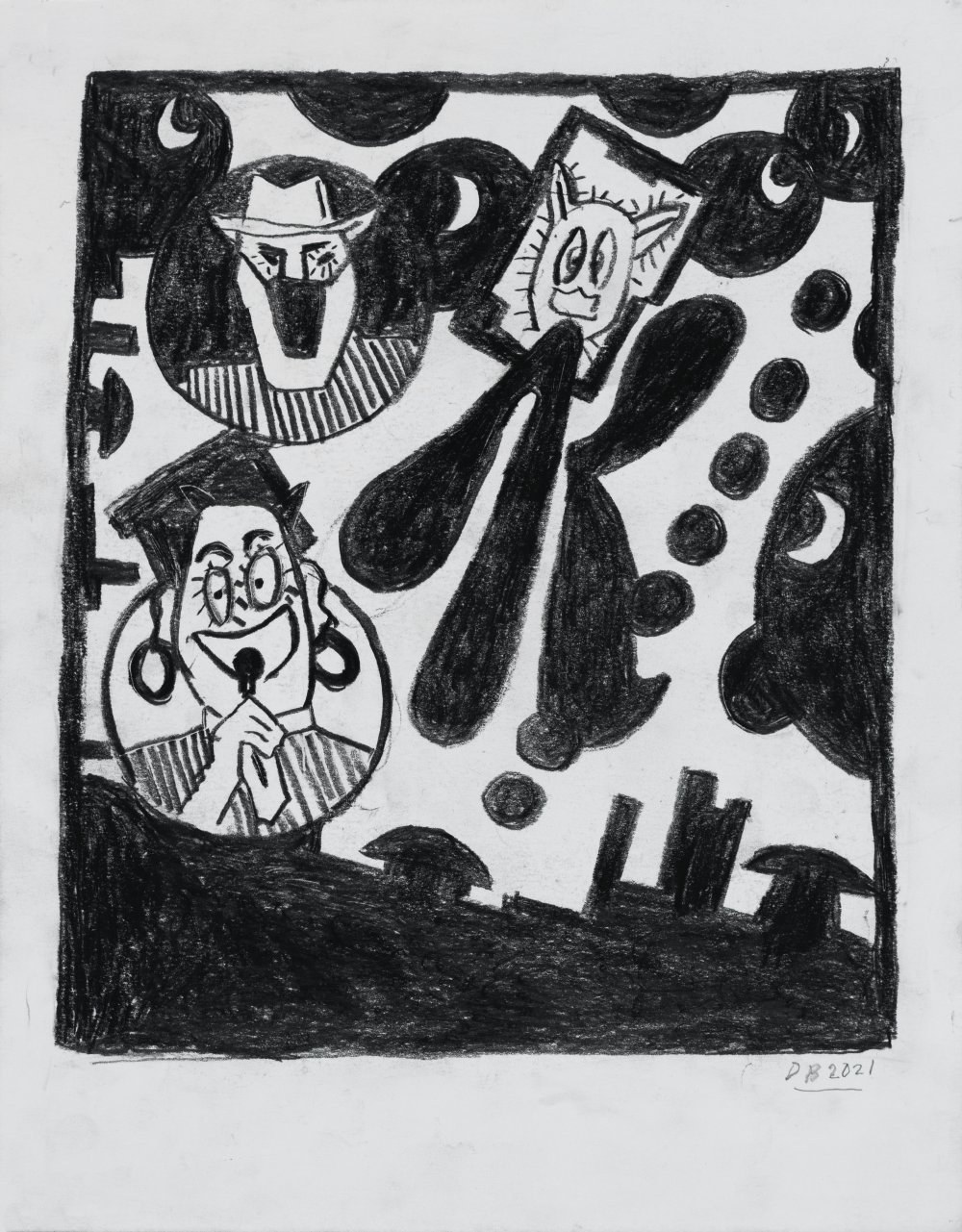 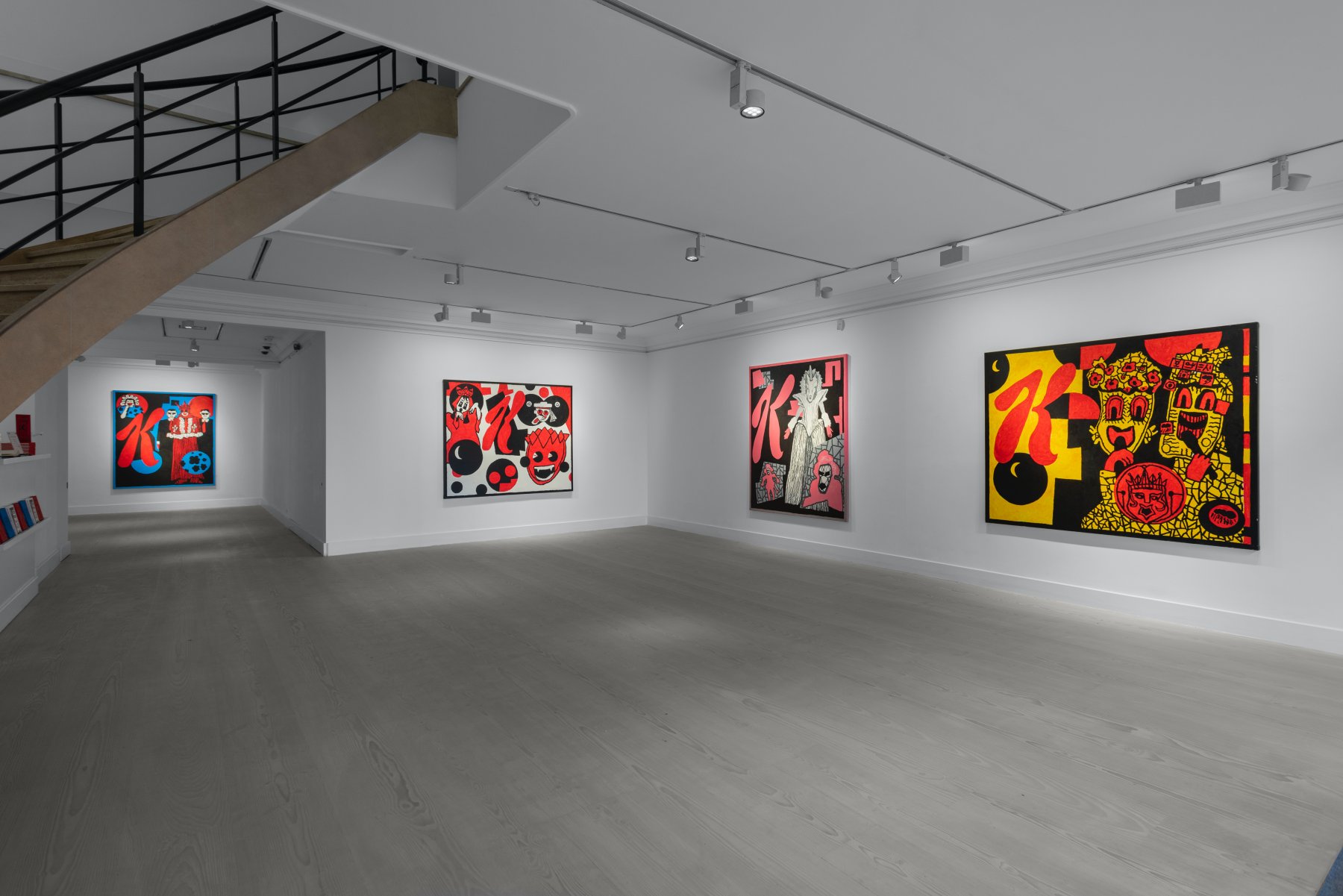 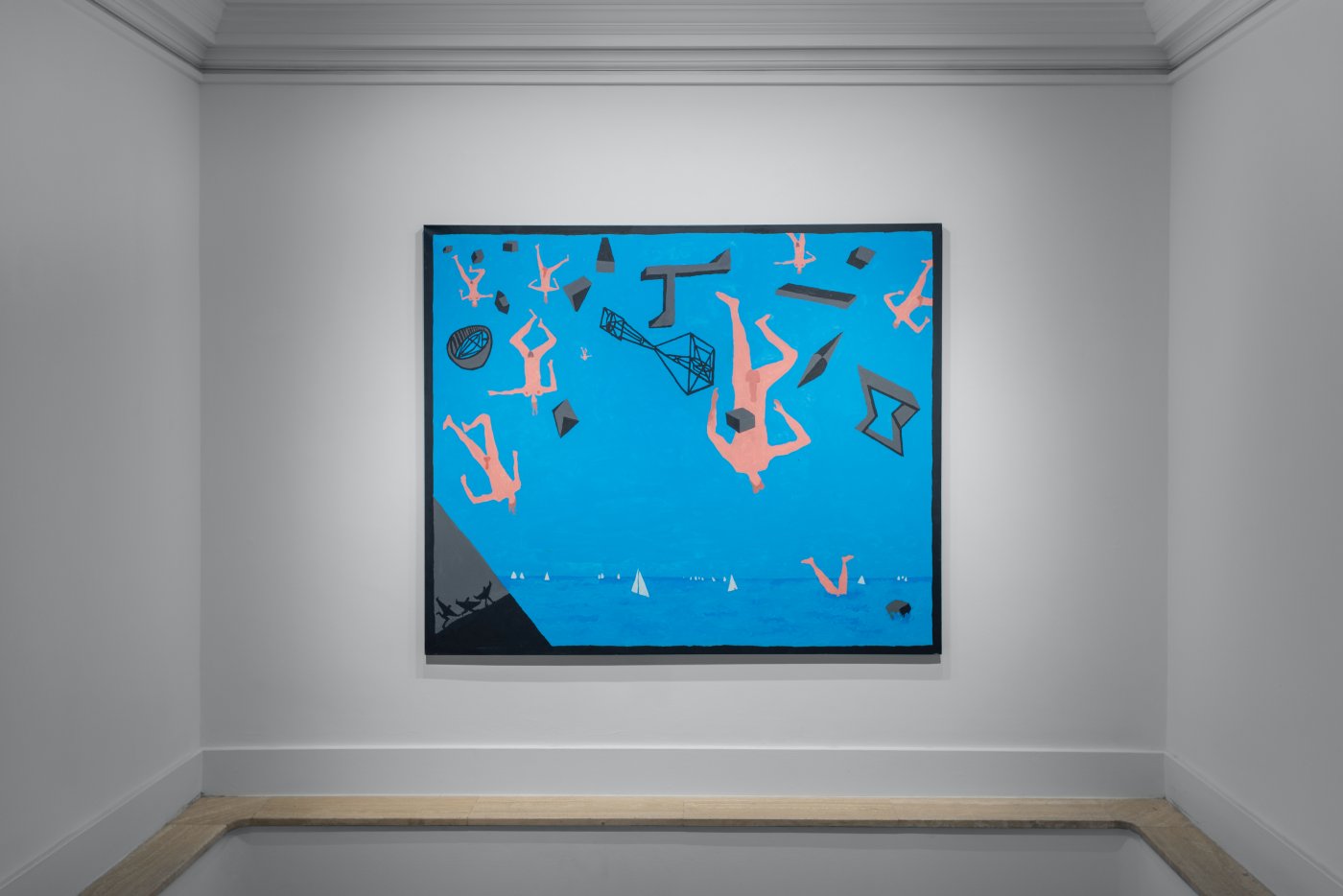 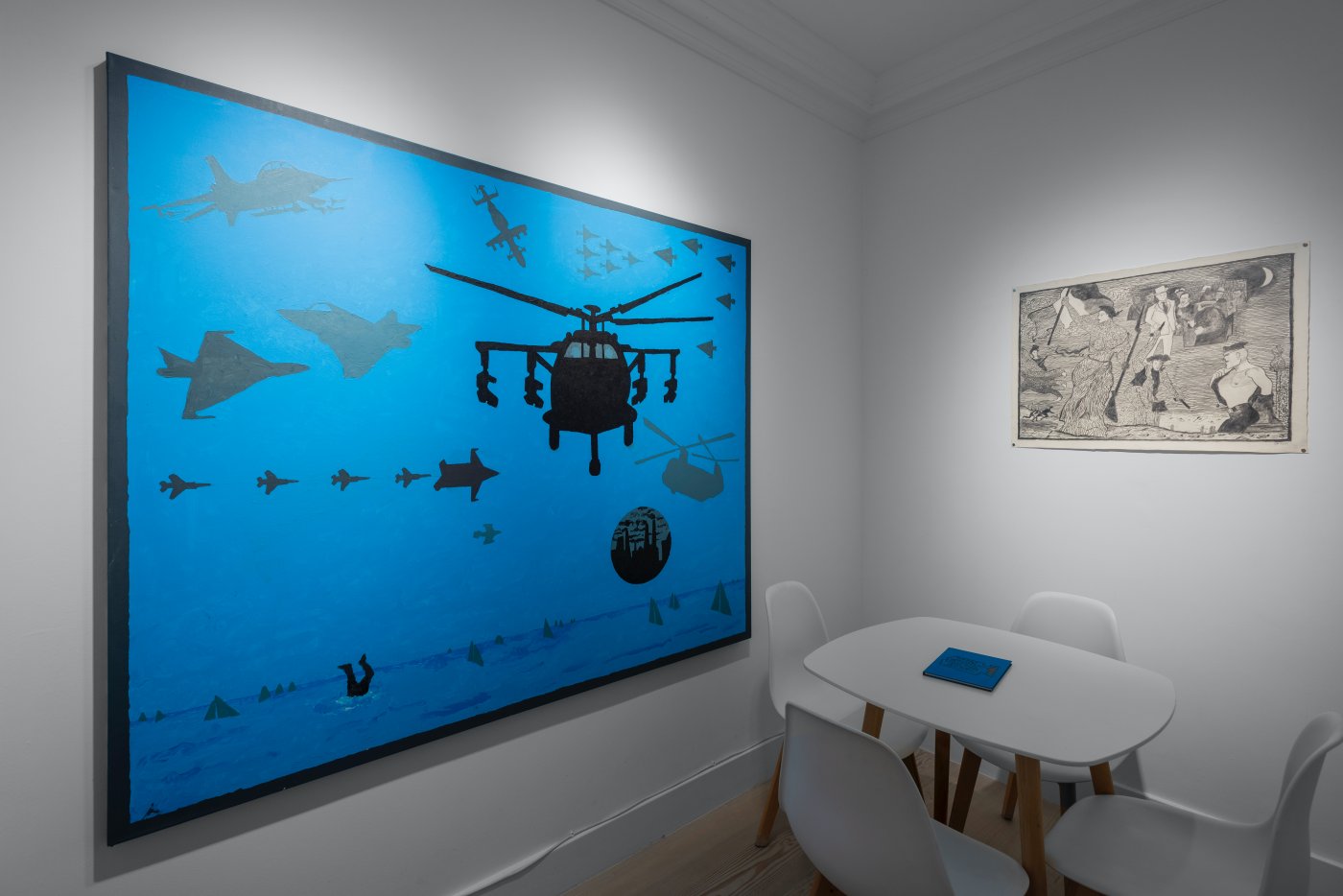 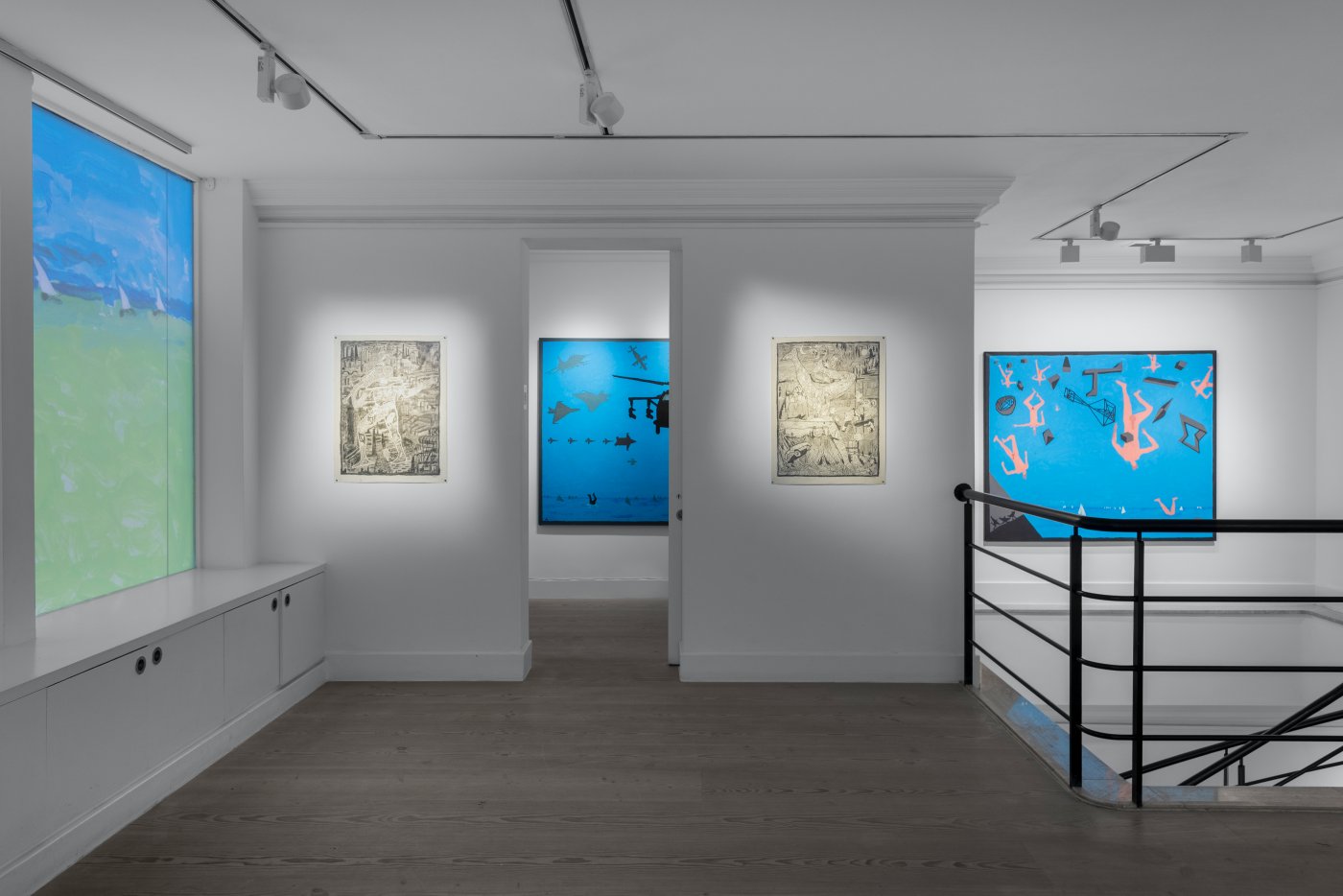 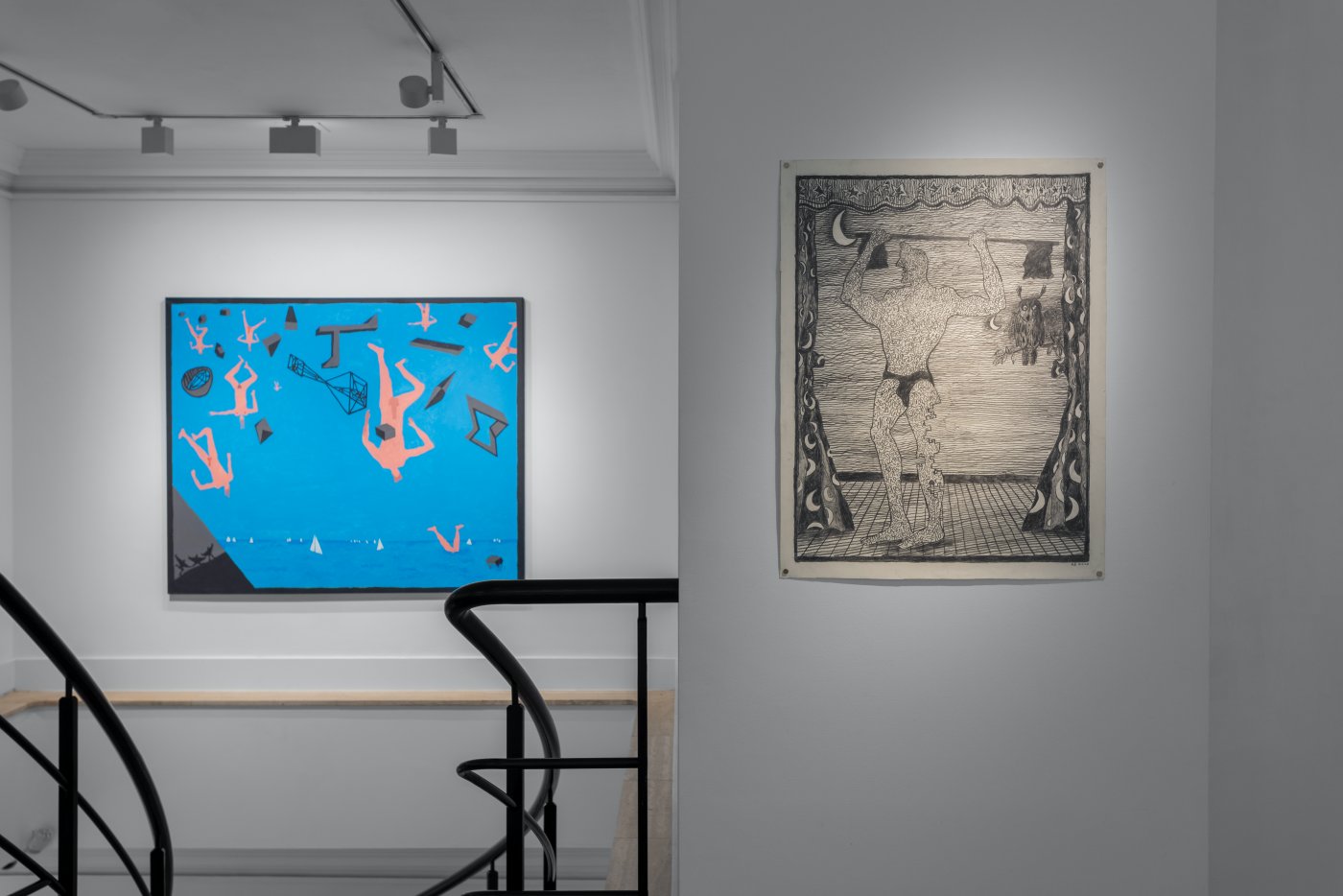 Continuing the artist’s exploration into the function of images, the show orchestrates an unlikely conversation between consumerist imagery, cartoon-like motifs, and pencil renditions of 19th century paintings including William Blake’s The Ghost of a Flea and Eugène Delacroix’s Liberty Leading the People. The exhibition offers a critical and playful commentary on global contemporary culture which comes complete with a programme of talks and events to be announced closer to the opening date.

A contemporary of David Hockney, Allen Jones, and Pauline Boty, Boshier first came to prominence alongside Frank Bowling as part of their seminal two-person exhibition Image in Revolt held at London’s Grabowski Gallery in 1962. Completed during his final year at the Royal College of Art, Boshier’s high-contrast gouaches made an impression with their youthful palette and witty use of American consumerist signifiers, from striped toothpaste to floating Pepsi logos. The same year, Boshier appeared in Ken Russell’s BBC documentary Pop Goes the Easel, propelling him to the forefront of British Pop Art. In addition to The Clash’s second song book – released alongside the 1979 album Give ‘Em Enough Rope – Boshier went on to design David Bowie’s album covers for Lodger in 1979 and Let’s Dance in 1983. The pair remained good friends and Bowie became a recurring figure in the visual artist’s oeuvre, which the rock icon once described as ‘utterly real and convincing.’ Over five decades, Boshier’s practice has spanned painting, drawing, graphic design, film, and collage, nurturing a complex and prescient visual critique of contemporary culture. From the space race to corporate culture and the advent of digital technology, the 84-year-old artist has never ceased to deploy an innovative aesthetic language to address the concerns of our times.

This is evident in his upcoming monograph Icarus and K Pop, composed of two series which derive from ancient mythology and Korean popular music. Inspired by the Greek myth, the series Icarus features six azure- dominated paintings made this year and last, depicting a variety of figures and objects tumbling out of the sky, from a suited rabbit to fist-fighting men and video game controllers. Together, they paint a modernised version of the classical folktale which narrates Iacrus’ fatal fall into the Icarian Sea after his wings melted from flying too close to the sun, despite his father Daedelus’ warning. It is ‘a story of ambition and failure,’ observes Boshier. For the artist, the falling figure – a motif which has previously appeared in his works – represents the demise of prominent society members and power structures, from military to corporate and political. Nodding to Pieter Bruegel the Elder’s Landscape with the Fall of Icarus, a pair of legs is seen wagging out of the water in the corner of each painting – like ‘a splash unnoticed,’ as W.H. Auden described it in his 1938 poem ‘Musée des Beaux Arts.’

Meanwhile, the second series K Pop features five paintings also made this year and last. Inspired by South Korean singing television contest King of Mask Singer – whose masked participants’ identities are only revealed when eliminated – they depict cartoon-like figures punctuated by Kellogg’s visual branding against the backdrop of monochromatic blocks of primary colour. Playing with the letter ‘K’ as a signifier for both Korean pop music and American consumerism, the paintings nod to the TV show’s increasingly popular global franchise, highlighting aspects of cultural appropriation and universalist aspirations. For Boshier, these inherent elements of deception, mystery, and audience participation mirror the political landscape of the post-Trump era.

Derek Boshier says: ‘In my work over the years, I have had an interest in opposites, from gender to politics and culture. The title of the exhibition Icarus and K Pop is functional in that it refers to two separate series. The myth of Icarus is a story of ambition and failure. These elements inform the series and are juxtaposed with modern myths. Meanwhile the second series, K Pop, is informed by elements of cultural divide, difference, and engagement. Change is basic to life along with opposites, and opposites within change are equally interesting. A colour theorist will tell you that there is no such colour as blue or red, that as soon as you put another colour next to it, it changes. The same is true of images: advertisers know this well.’

Courtesy of the artist and Gazelli Art House