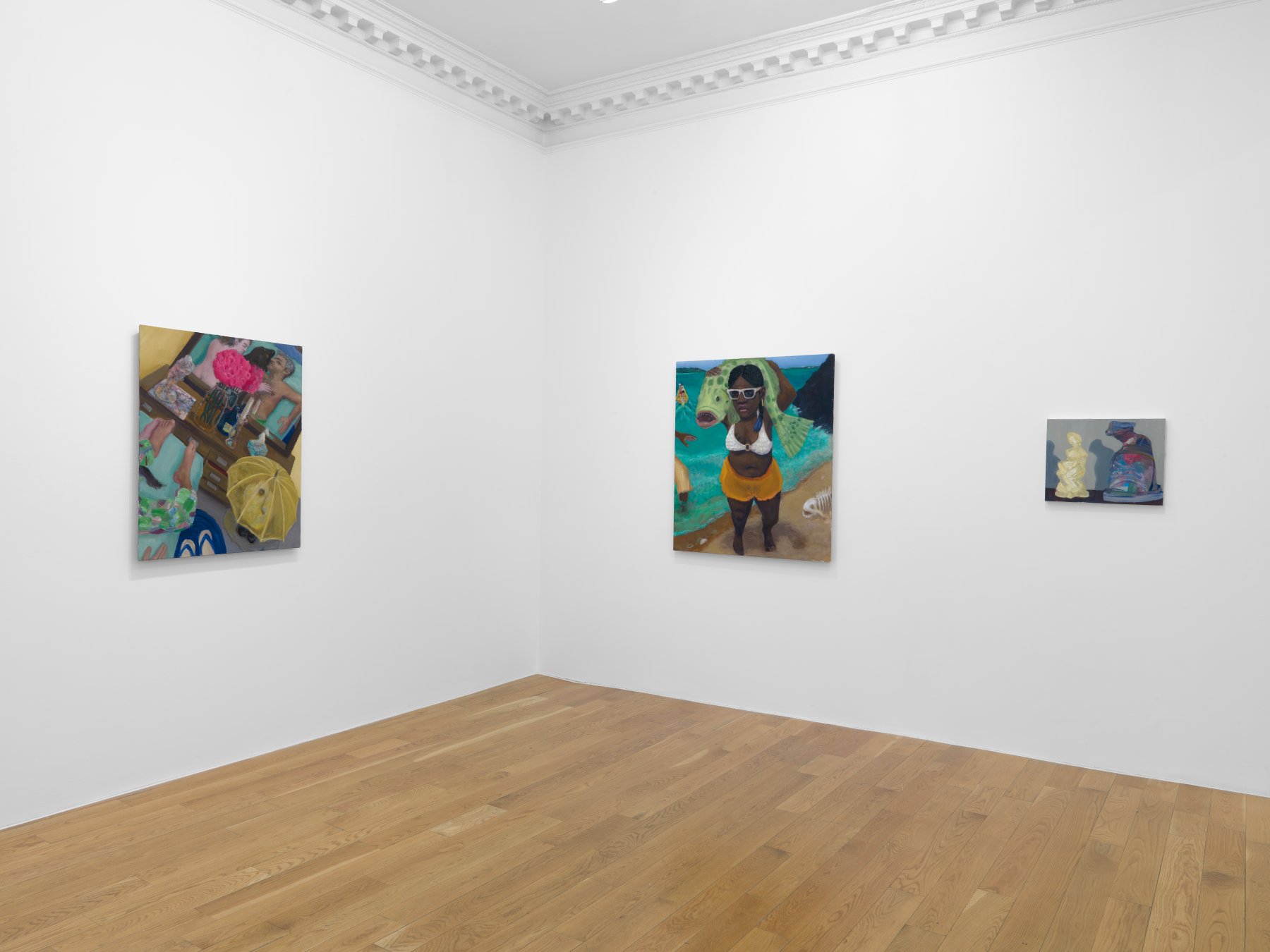 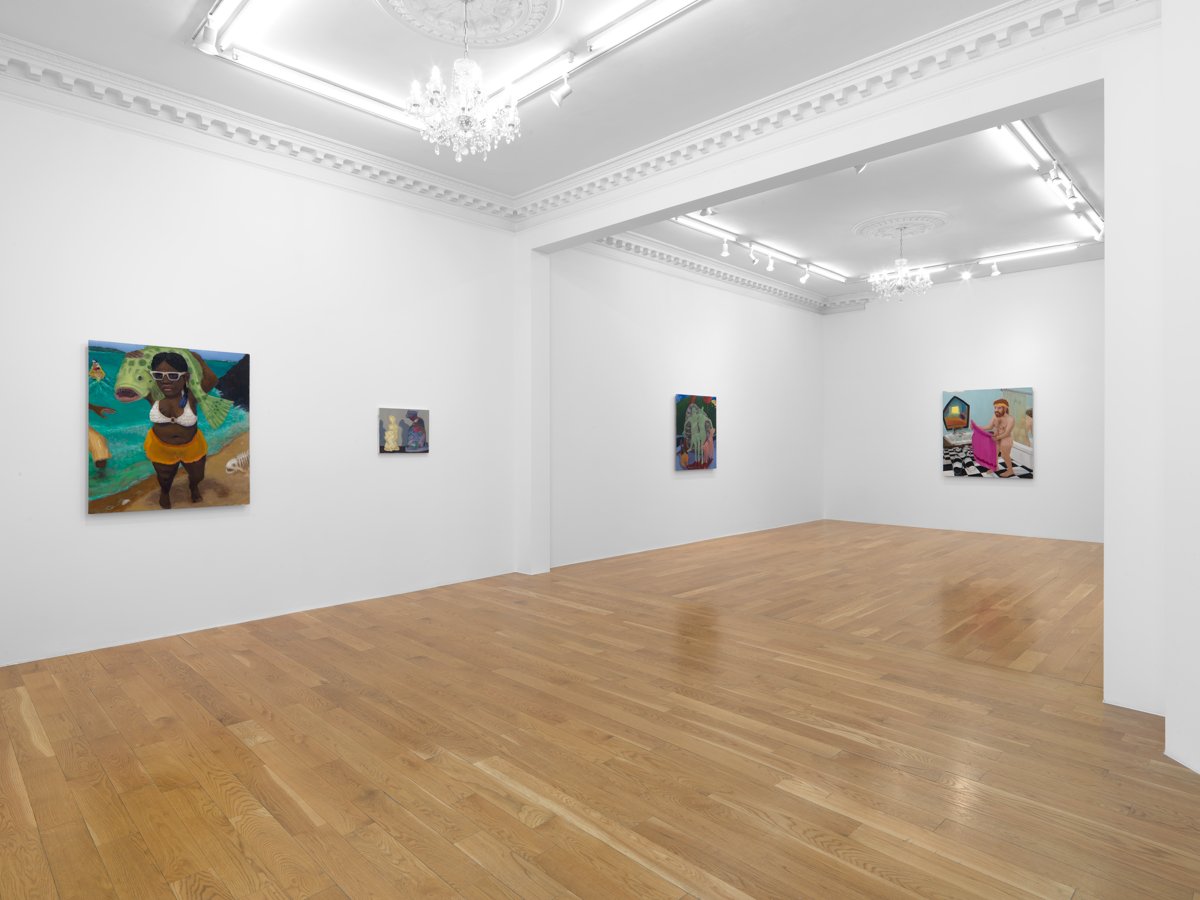 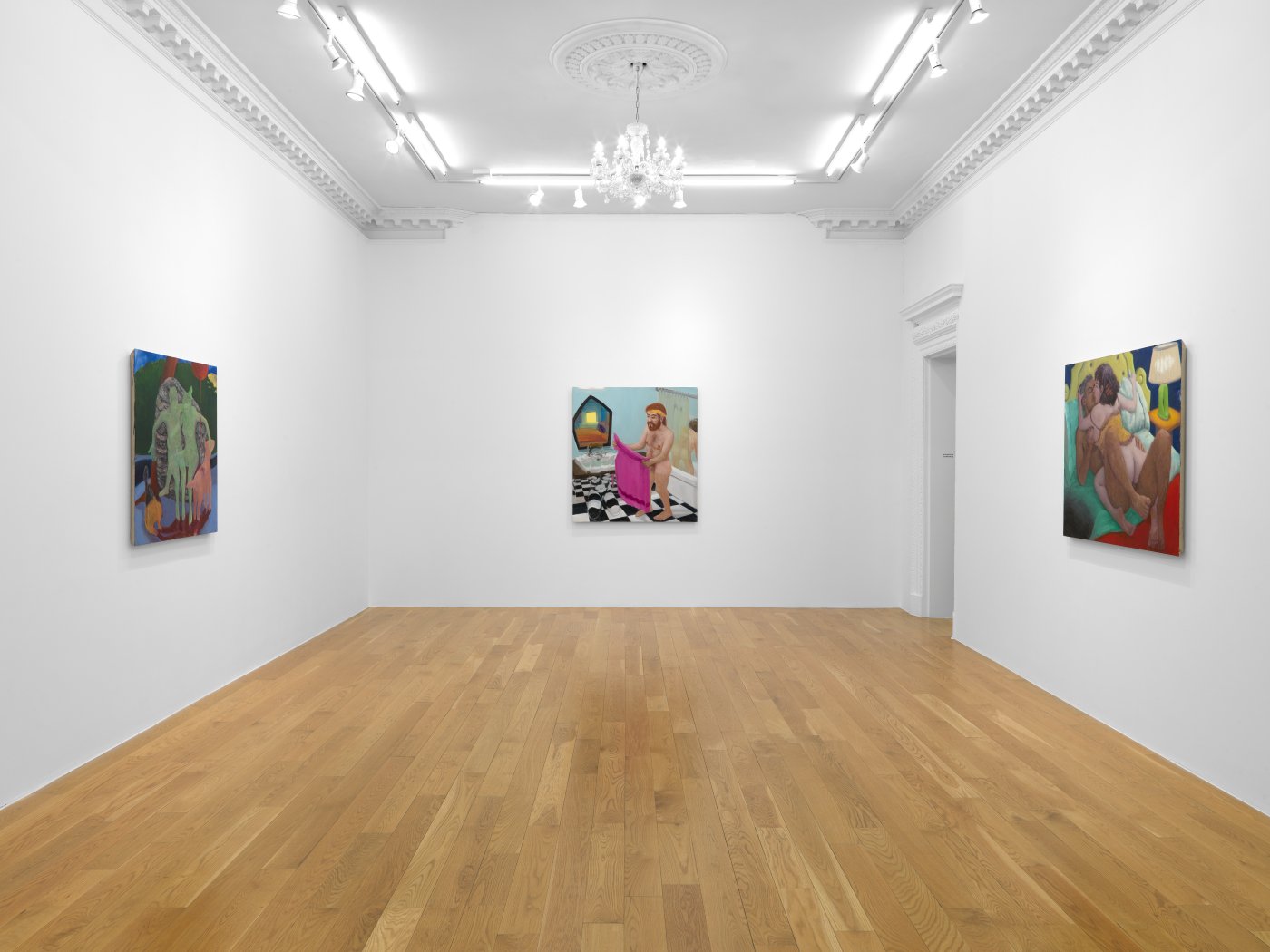 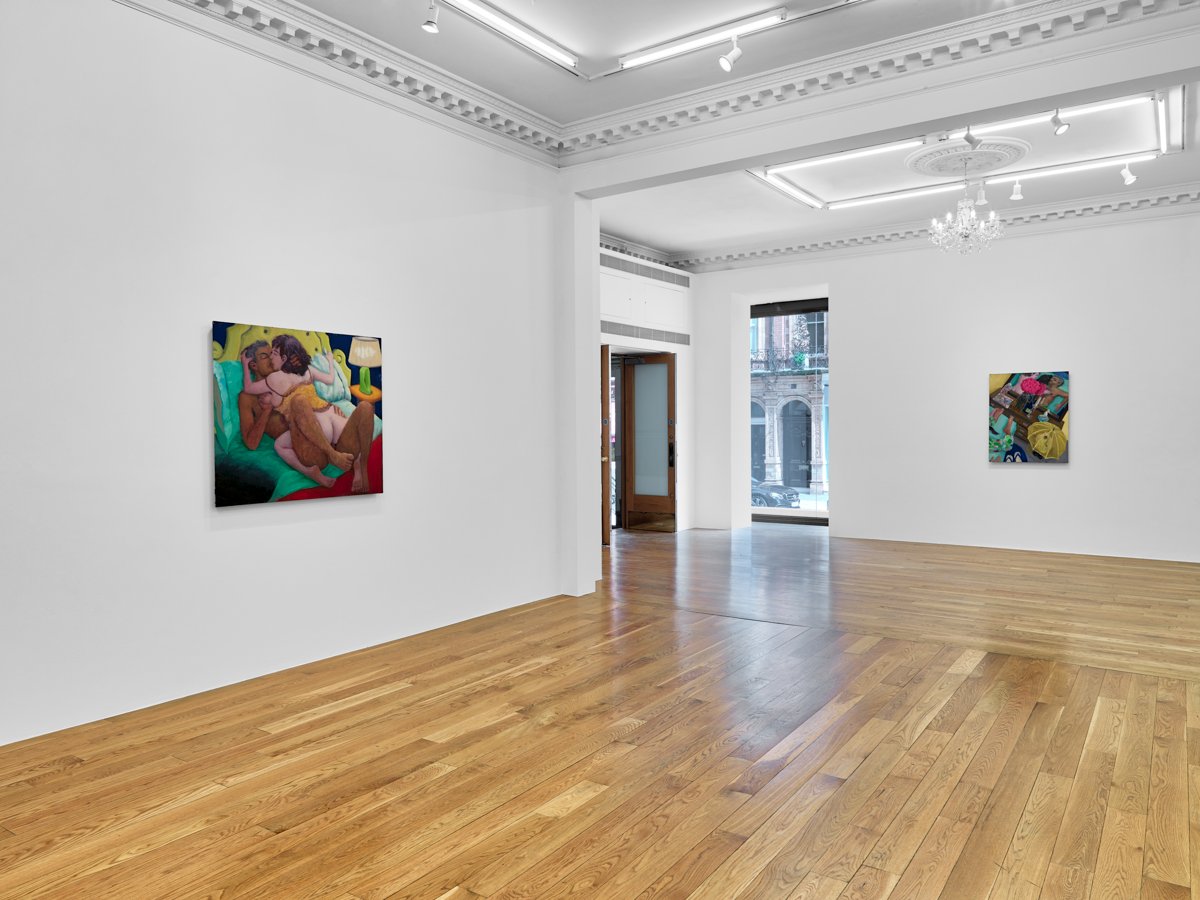 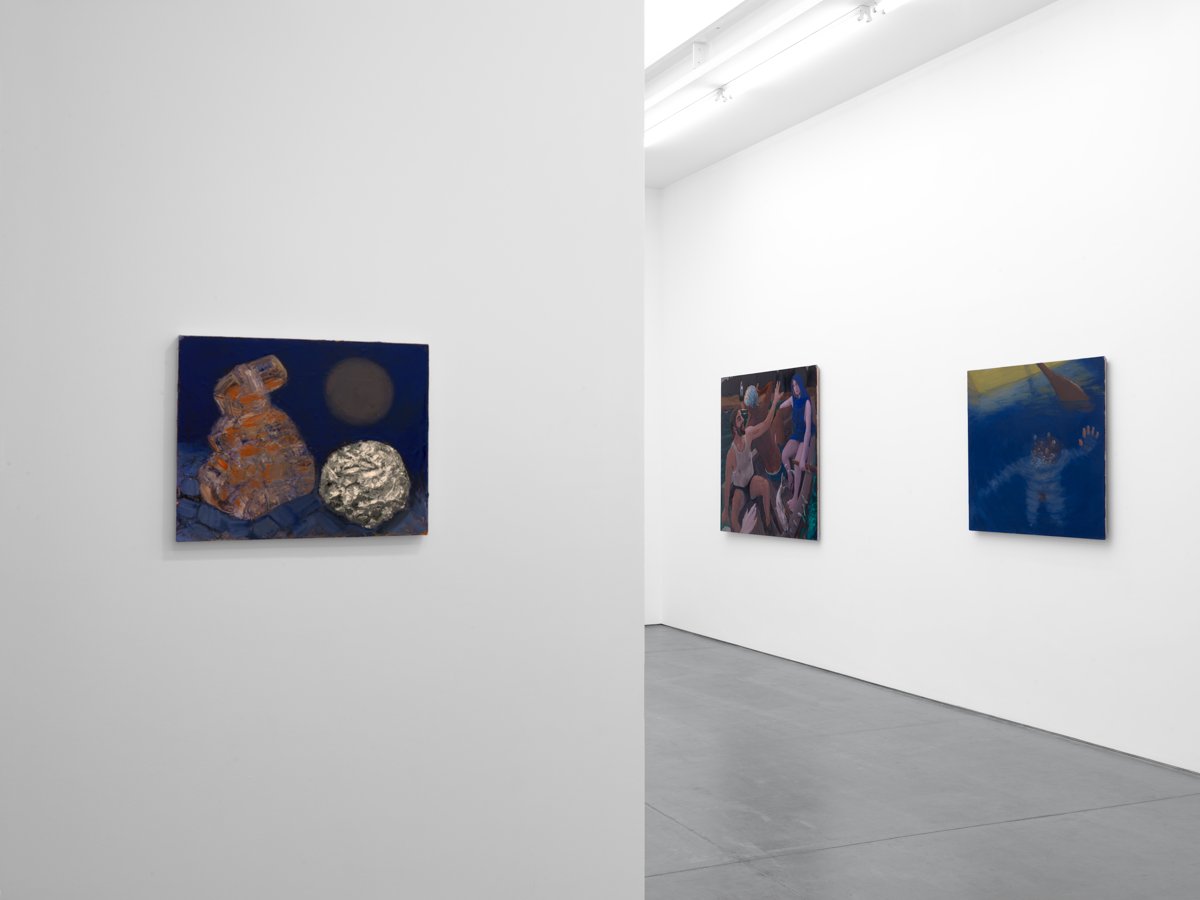 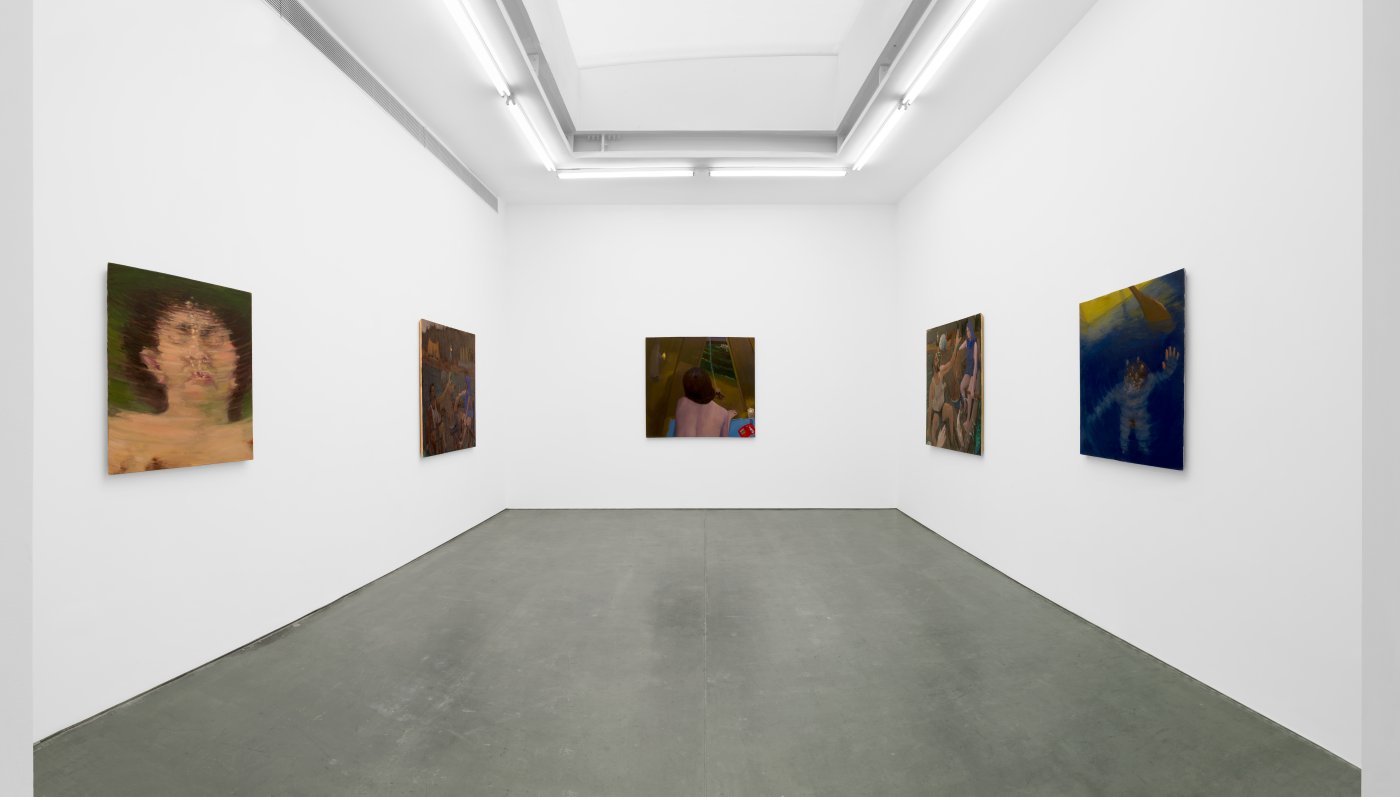 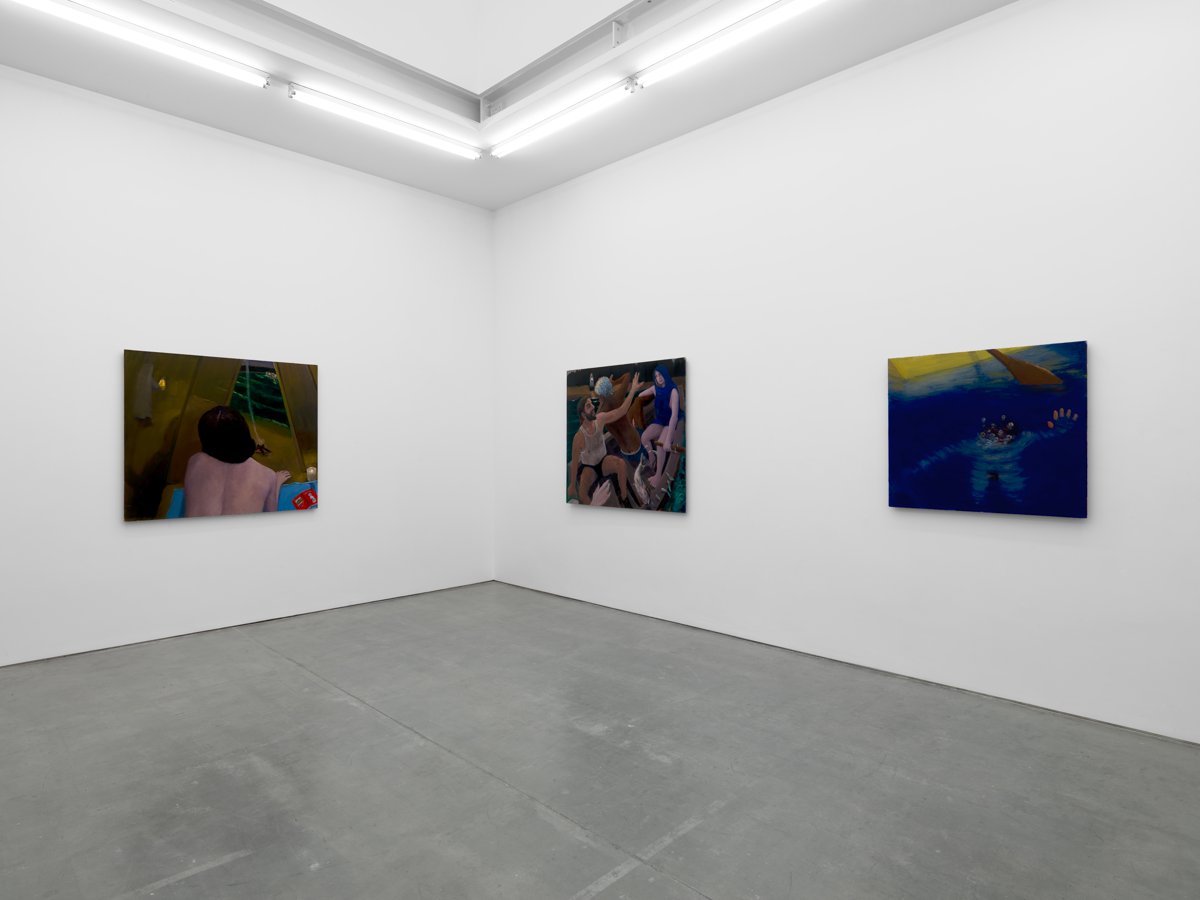 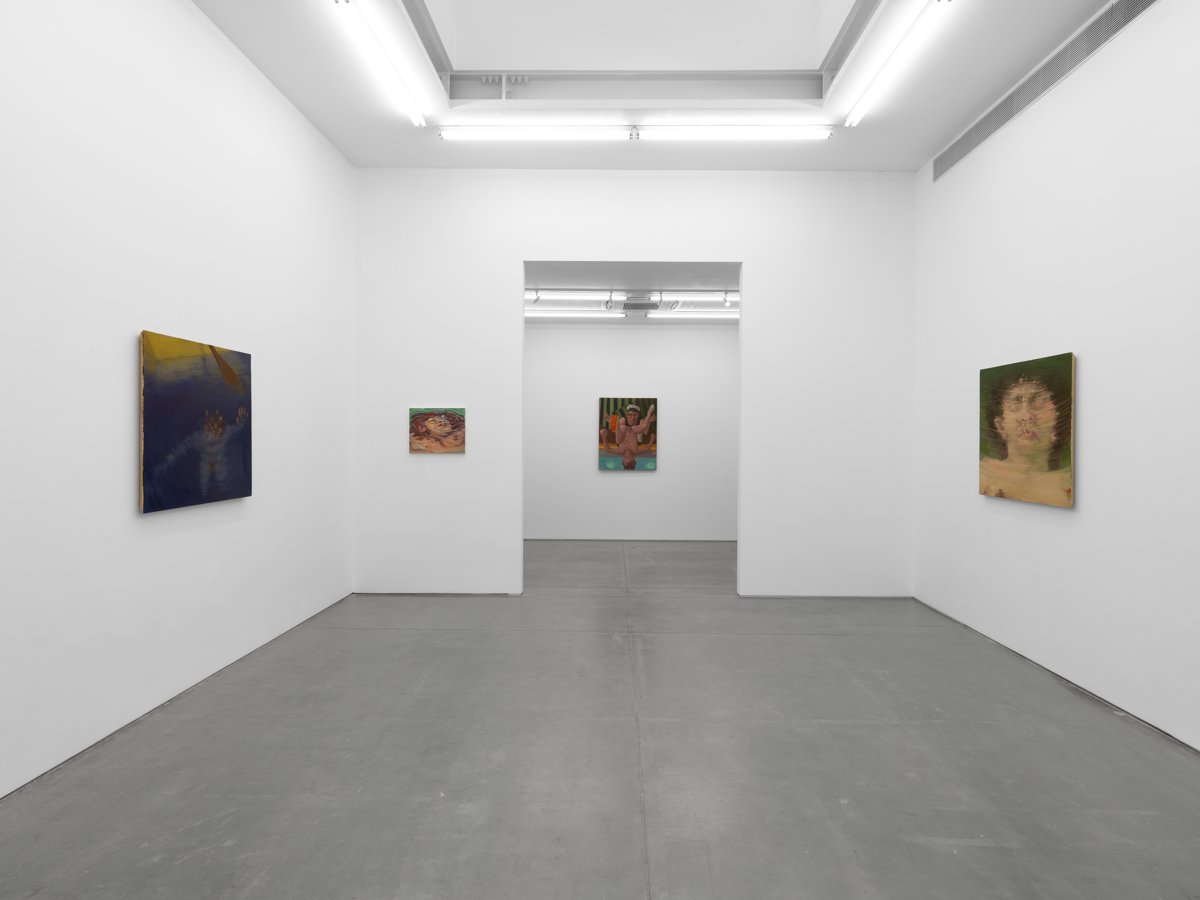 Dennis Kardon (b. 1950, Des Moines, Iowa) challenges painting’s potential by creating representational scenes that materialize from loose abstract brushstrokes. The artist treats the surface of his canvases as a field to which he assigns various properties like reflection and distortion, creating scenes in which a feeling of unexpected intimacy pervade.

Strange Waters comprises a selection of artworks made during the last four years which are instilled with the artist’s nuanced response to current events and personal memories. The artist wanted the title of the exhibition to reflect surviving the upheaval of the past four years and Kardon was attracted to a quote by Frank Herbert, the author of the 1965 science-fiction novel Dune, who considers survival to be ‘the ability to swim in strange water’. Water is a recurring element in Kardon’s paintings who uses its transparency as a disrupting lens. Water becomes a means of distortion: you can see through its surface, but not clearly, so you cannot be certain of what you are looking at. Water is a signature property of Kardon’s painting and representative of the illusory act of painting. Like painting, water can be looked into but distorts what it reveals.

Kardon—who originally began his career as an abstract painter, and still considers every element in his painting as formally abstract—nevertheless thinks that painting is, at its heart, a representational enterprise. Whether advancing an idea, or conjuring an object in the world, he thinks that painting is always creating representational systems. The thought and technical process behind each artwork, and the idea of painting itself, become subjects of the artist’s investigation. By starting with arbitrary abstract brushstrokes, Kardon plays with painting’s syntax by imaginatively re-contextualizing this earlier spontaneous painting and transforms each brushstroke into a possible signifier for something else. This allows meaning to arise through the way a viewer’s attention reassembles the signifiers that the painter has woven together. The artist works on the painting by following the play of his own attention; Kardon’s work is an exploration of the way orchestrating a viewer’s attention results in the construction of a kind of meaning that connects body with mind. Ambiguity informs all the artist’s production. Kardon thinks of the spectrum of ambiguities that he creates as a doorway for viewers to interact with the consciousness of the artist by using those uncertainties to try to assemble their own narratives.

Kardon has always been interested in the way the interaction of colors produces light and his ability to subtly manipulate the tonality of colors that can finely tune it. Light creates the mood in a painting and the disturbing period of the last four years was the catalyst for a study in creating very low light by juxtaposing colors that were very dark but specific in hue and value. The trilogy composed by Getting Help (2018), The News (2019) and Tipping Point (2019) shows the same scene occurring by night seen from different perspectives. Although set in the darkest night, the paintings are characterized by a deep nocturnal light produced by blurring the distinction of color edges. The trilogy was made during the social upheaval intensified by the Trump presidency and recreates that familiar mood alternating between constant anxiety and the desire for capitulation to obliviousness and total surrender of will. The paintings of the last year despite the threats of mass infection and sickness, are nevertheless strikingly characterized by a cautiously strengthening light.

Dennis Kardon was born in Des Moines, Iowa, in 1950. He lives and works in New York. He is a graduate of Yale University, took part in the Whitney Independent Study Program, and was a student of Chuck Close and Al Held. Since the 1970s, he has widely exhibited in the United States and beyond, and his work is part of public collections such as the Museum of Modern Art in New York, the Metropolitan Museum of Art, the Brooklyn Museum, the New Museum, the National Museum of American Art in Washington D.C., the Walker Art Center in Minneapolis, and the Los Angeles County Museum of Art, among others. Strange Waters is Dennis Kardon’s first exhibition in the United Kingdom.