Deborah Roberts: If They Come

Deborah Roberts: If They Come 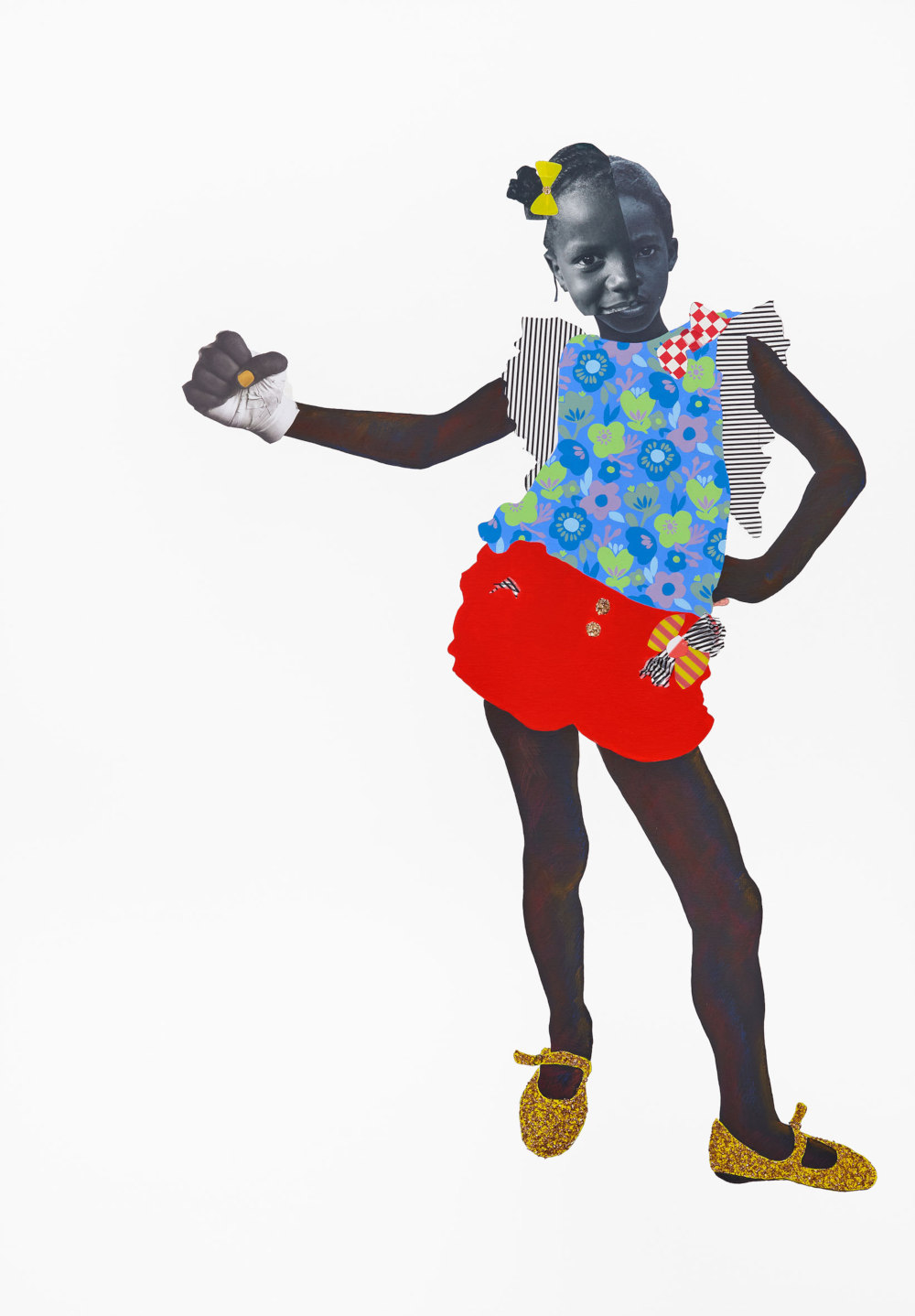 Combining collage with mixed media, Roberts’ figurative works depict the complexity of black subjecthood and explore themes of race, identity and gender politics. The exhibition is accompanied by a new publication featuring an essay by Daniella Rose King, Whitney-Lauder Curatorial Fellow at the Institute of Contemporary Art, Philadelphia. Roberts will have a major solo exhibition at The Contemporary Austin, Texas in September 2020.

The exhibition’s title ‘If they come’ is drawn from an open letter penned by James Baldwin to political activist Angela Davis during her incarceration in 1970. Its final sentence reads: “For, if they take you in the morning, they will be coming for us that night.” Here, Roberts uses Baldwin’s words to highlight the cross-generational struggle against racism and the socio-political parallels between 1970 and 2019. Continuing this call for solidarity, Roberts’ use of collage speaks to the challenges encountered by young black children as they strive to build their identity, particularly as they respond to preconceived social constructs perpetuated by the black community, the white gaze and visual culture at large. Combining a range of different facial features, skin tones, hairstyles and clothes, Roberts explains that “with collage, I can create a more expansive and inclusive view of the black cultural experience.”

In the new publication, Daniella Rose King writes: “Creating her subjects as composites of found images, imagined patterns, constructed postures and poetic titles, Roberts portrays a direct refutation and complication of the depictions of black bodies that have been circulating within the media since the dawn of the photographic era. Her project is one that simultaneously highlights, disavows and recreates the hierarchies, standards and narratives created and disseminated by institutions that have served the interests and sustainment ofwhite supremacy. Throughout the new works shown in ‘If they come’, Roberts constructs new archetypes – images of fictional black boys and girls of ages 9 to 12 – who take on poses of strength and power at the same time as showing vulnerability and ambiguity. Challenging the criminalisation of black children, particularly boys, that is rampant globally, but nowhere more so than in the US, Roberts has her subjects stare defiantly at the viewer, elevated on metaphorical pedestals, clad in the regalia of pop culture’s superheroes. Her visual counterpoints seek to subvert and challenge our dominant visual cultures. Yet, her subjects inhabit multiplicity and hybridity as various other subjects constitute them – including the faces of adults, and of individuals from different ethnicities – to suggest the constant, unfixed process of subject formation, particularly at this pivotal time in a person’s development from child to adult.”

The Anonymous Was a Woman award was presented to Roberts in December 2018, a prize granted each year to ten female artists over the age of 40 in the USA and at a critical juncture in their career. She was a recipient of the Pollock-Krasner Grant in 2016 and was an Artist in Residence at The Robert Rauschenberg Foundation, Florida earlier this year. Roberts is a finalist in the 2019 Outwin Boochever Portrait Competition and her work will be on show in the accompanying exhibition at the National Portrait Gallery, Smithsonian Institution, Washington, D.C. in October 2019. Upcoming group exhibitions include ‘Cut and Paste: 400 Years of Collage’, Scottish National Gallery of Modern Art, Edinburgh, Scotland, UK (2019) and ‘Get Up Stand Up Now: Generations of Black Creative Pioneers’, Somerset House, London, UK (2019), both coinciding with Roberts’ solo exhibition at the gallery.