For her new solo exhibition at the Boccanera Gallery in Trento and Milan, Debora Hirsch presents a series of recent paintings and videos in which she continues her fascinating work of stitching together opposing poles – geographical, mental and visual – between past and future, the real and the virtual, the natural and the artificial. 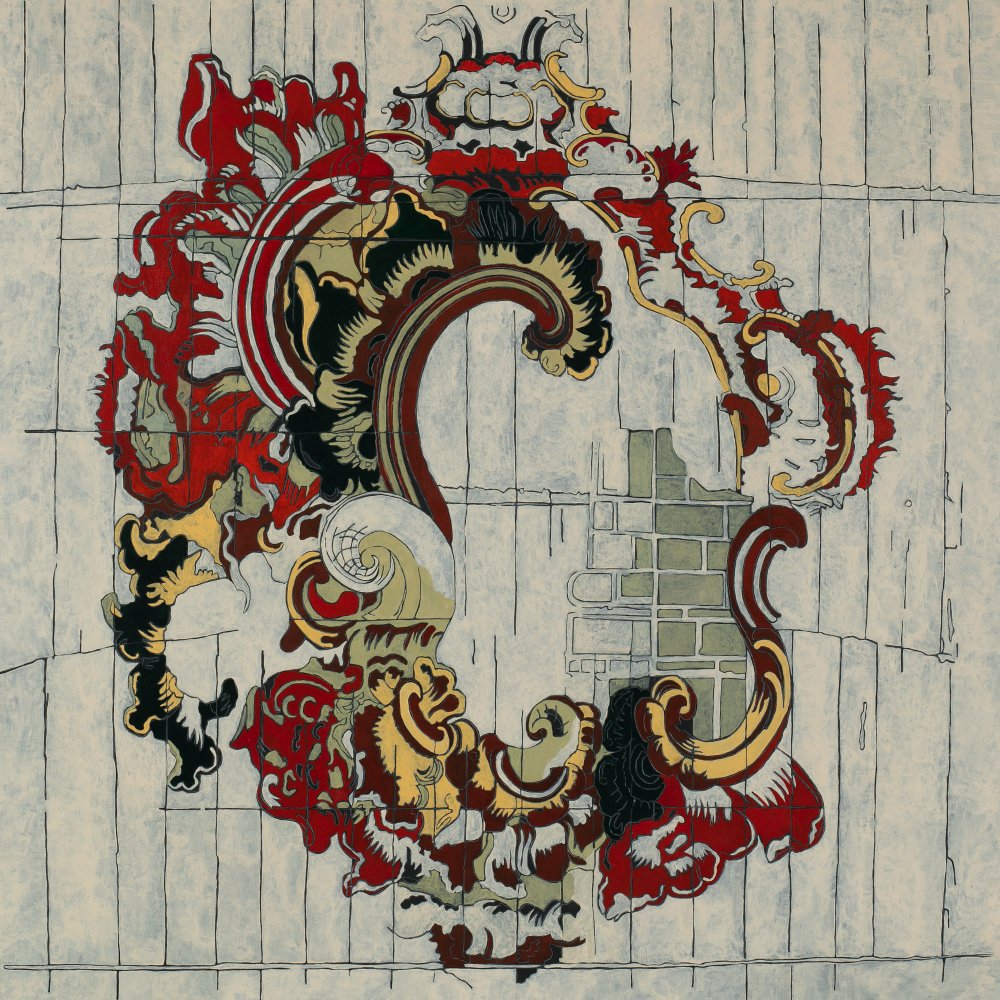 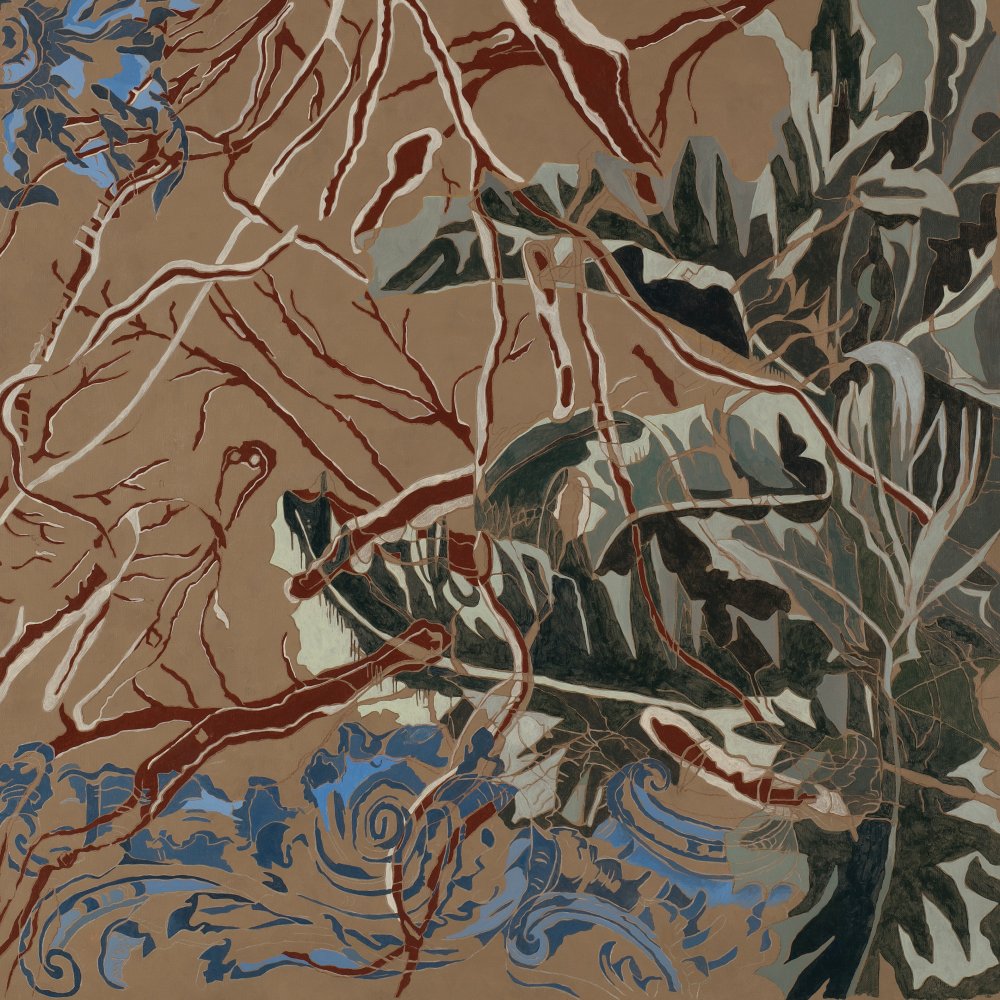 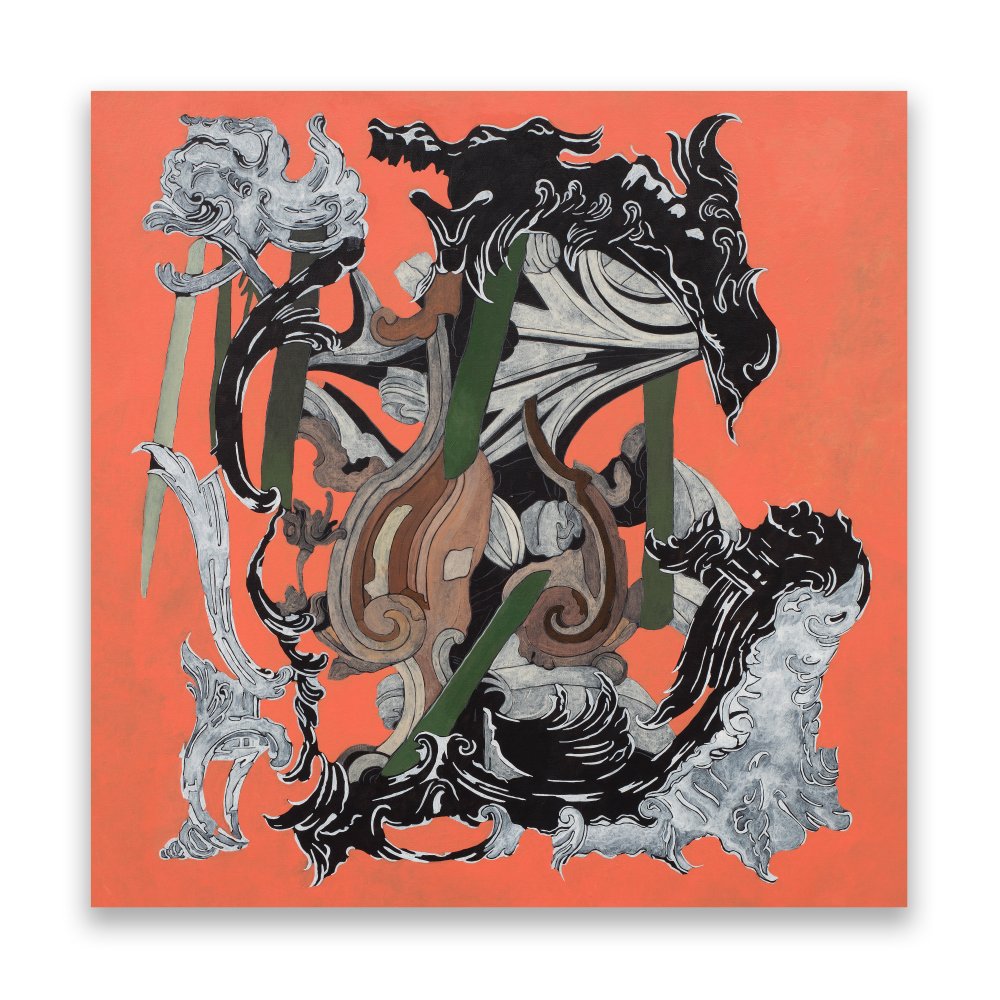 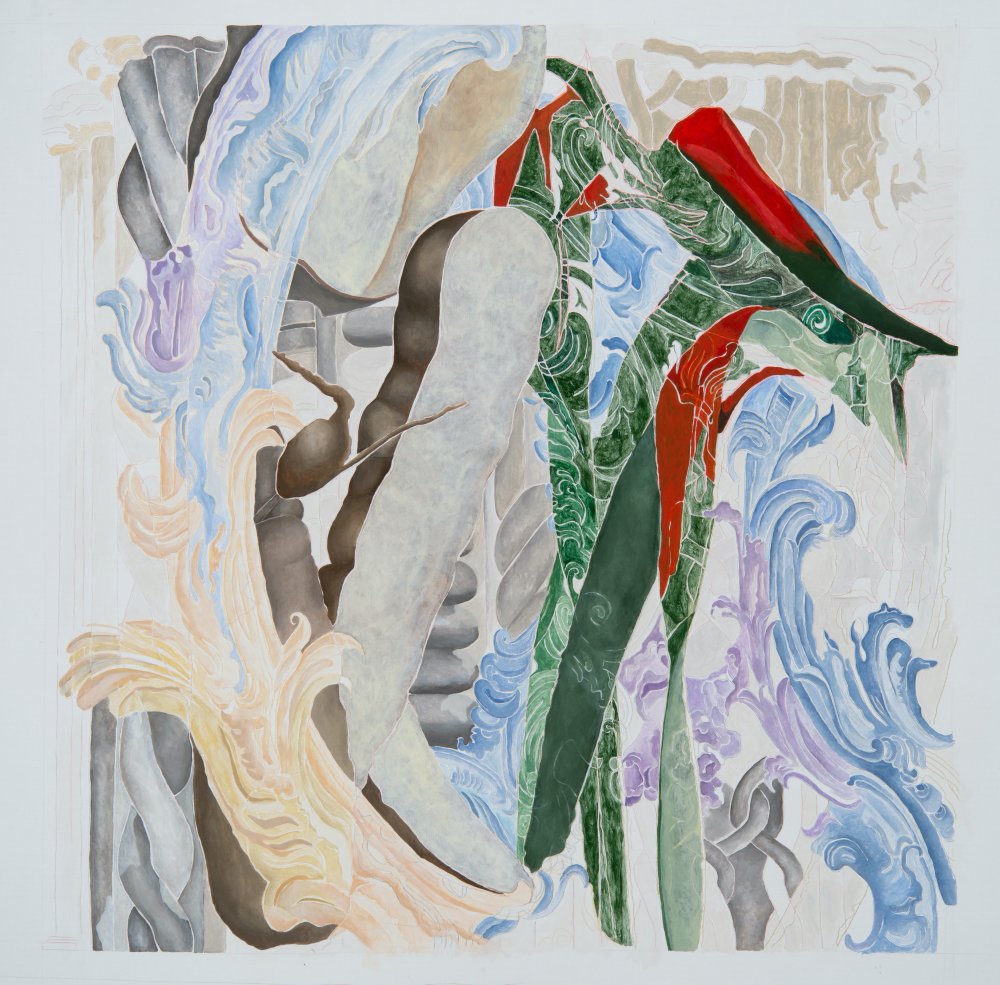 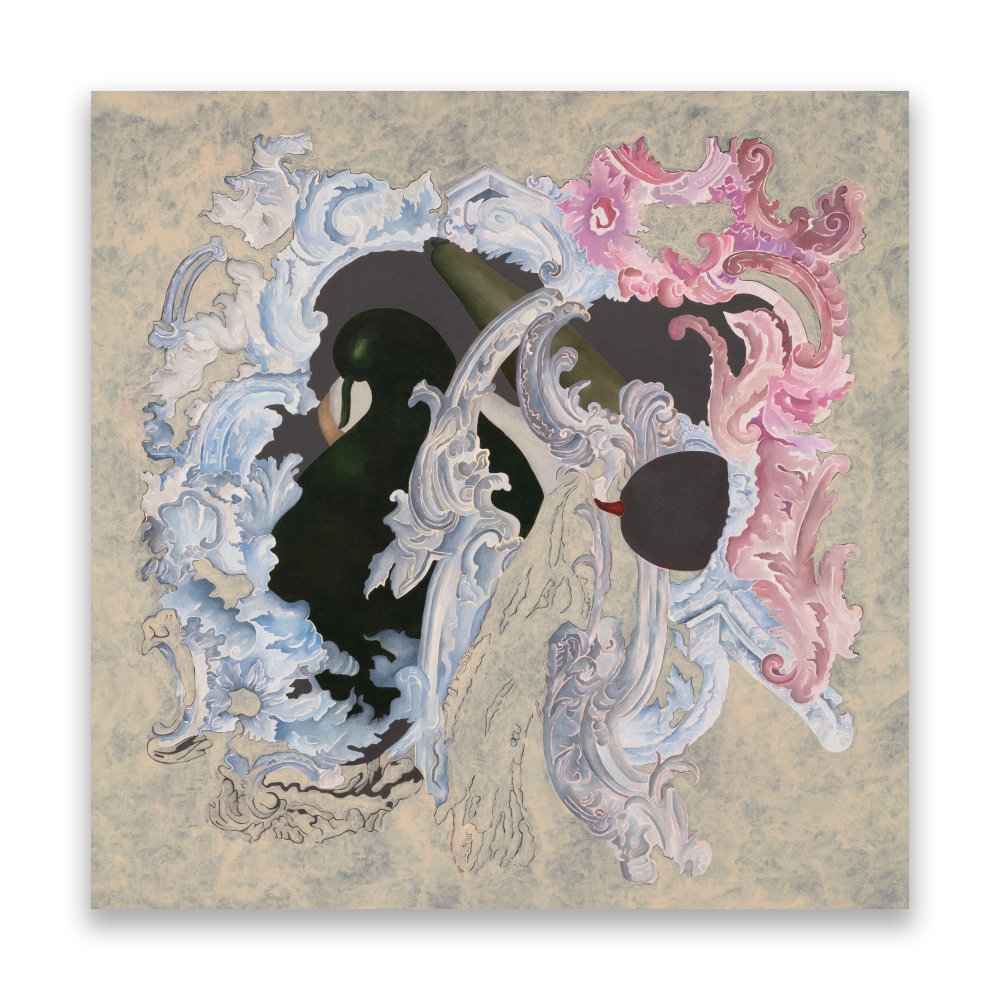 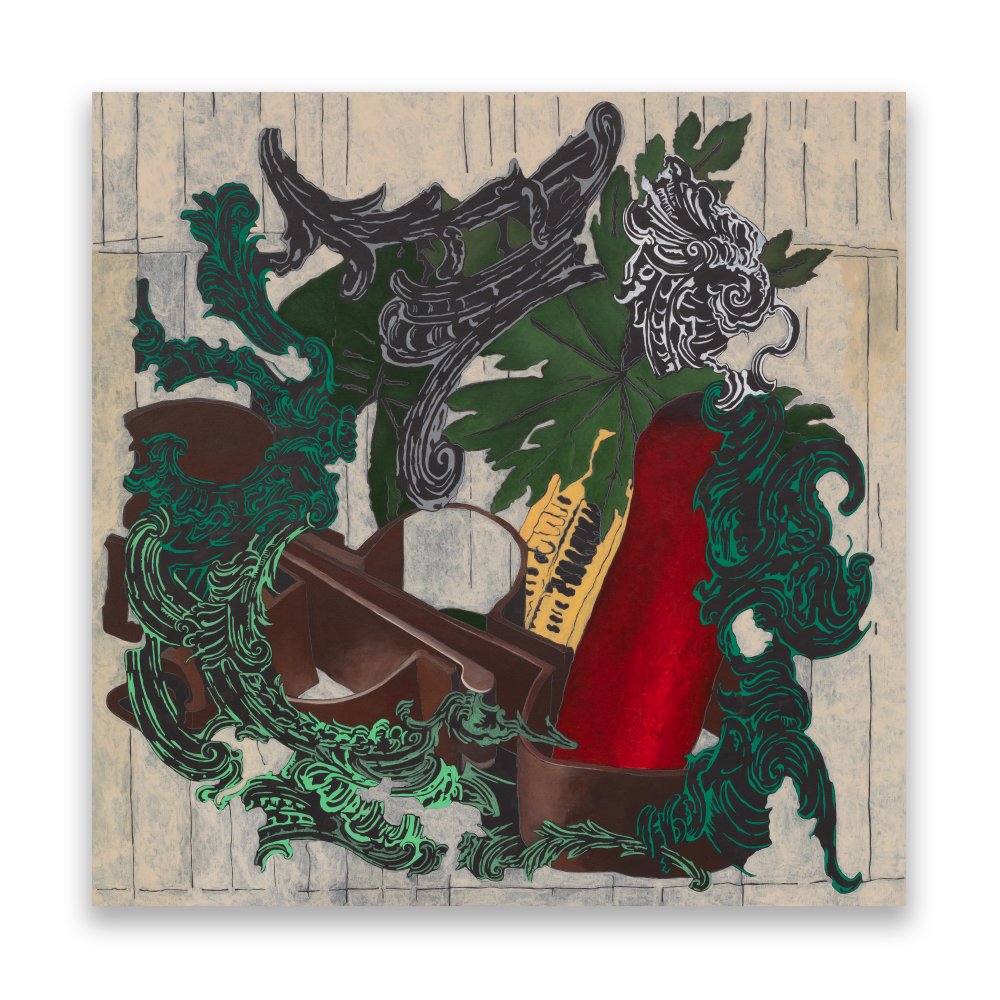 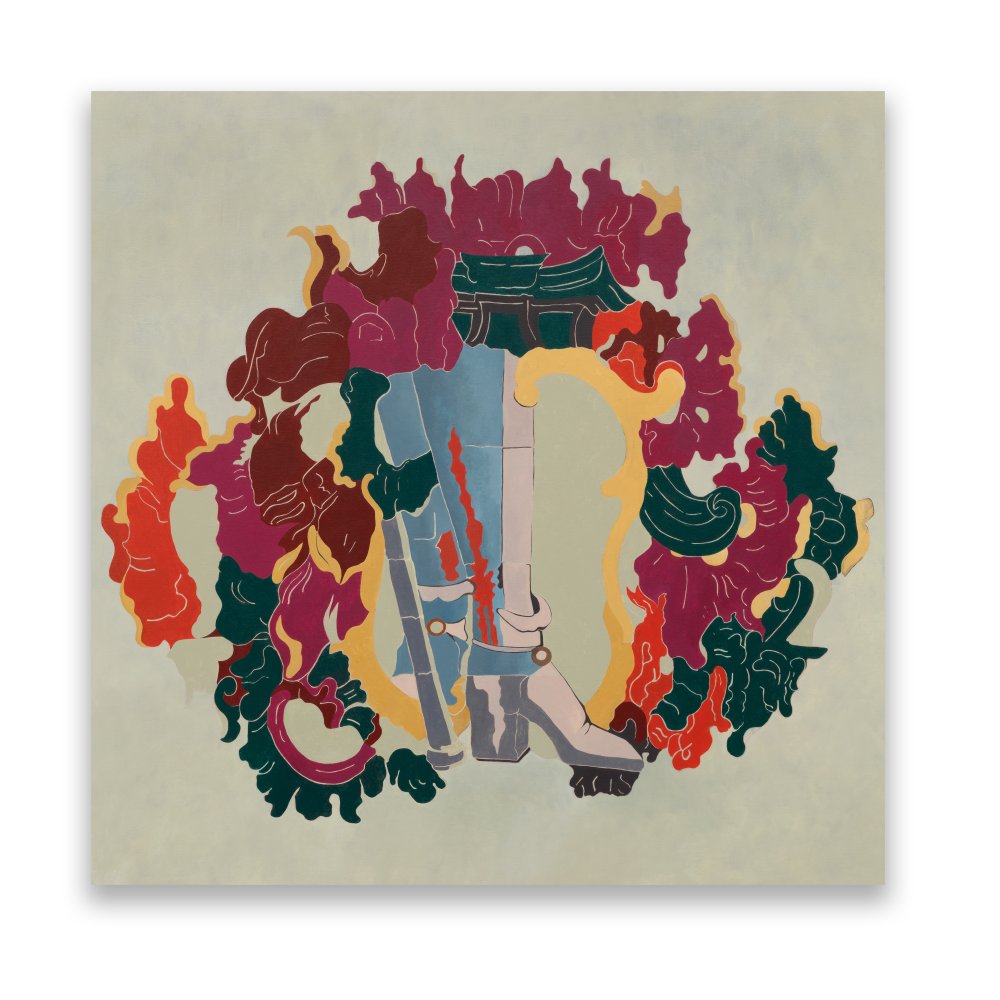 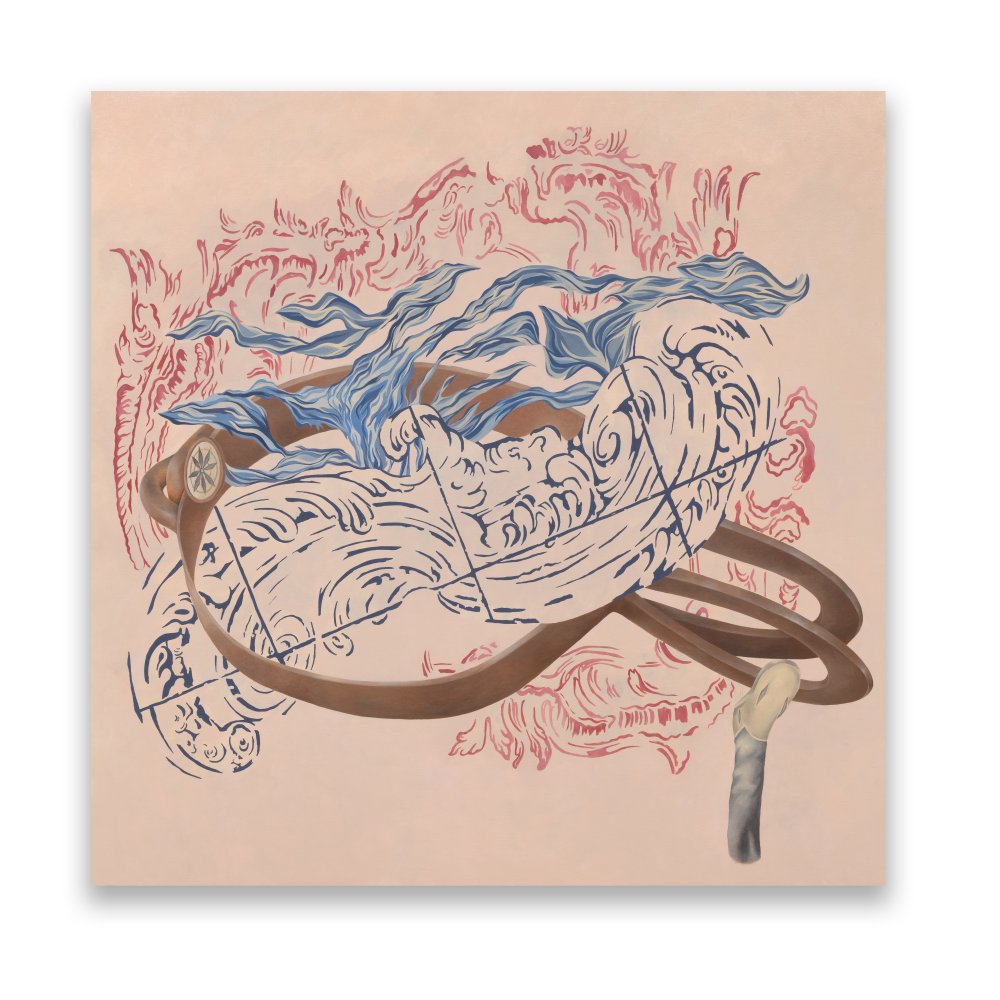 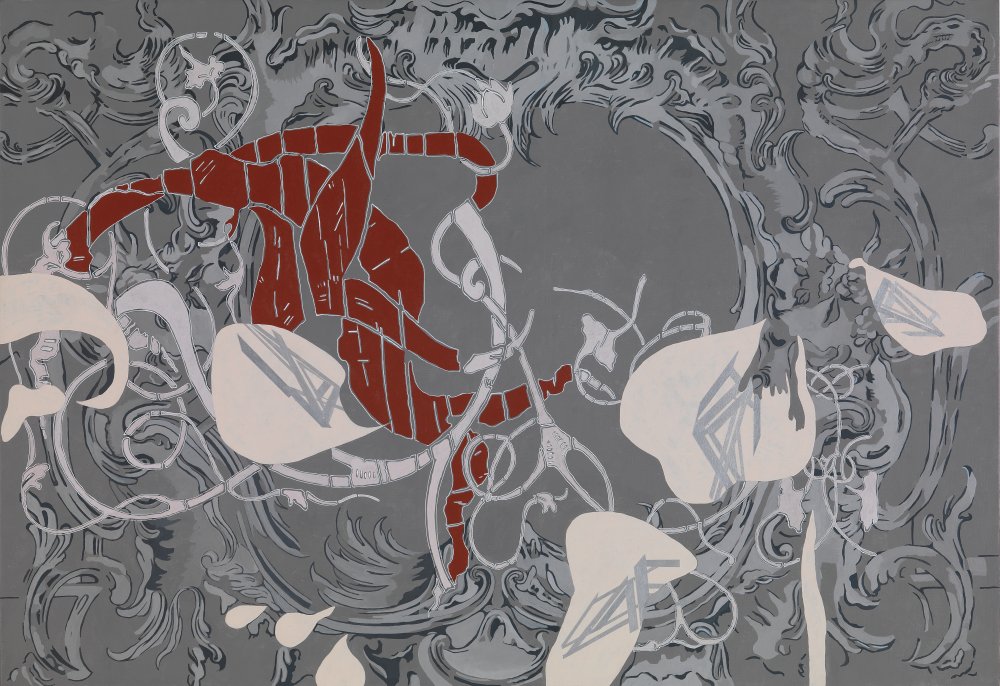 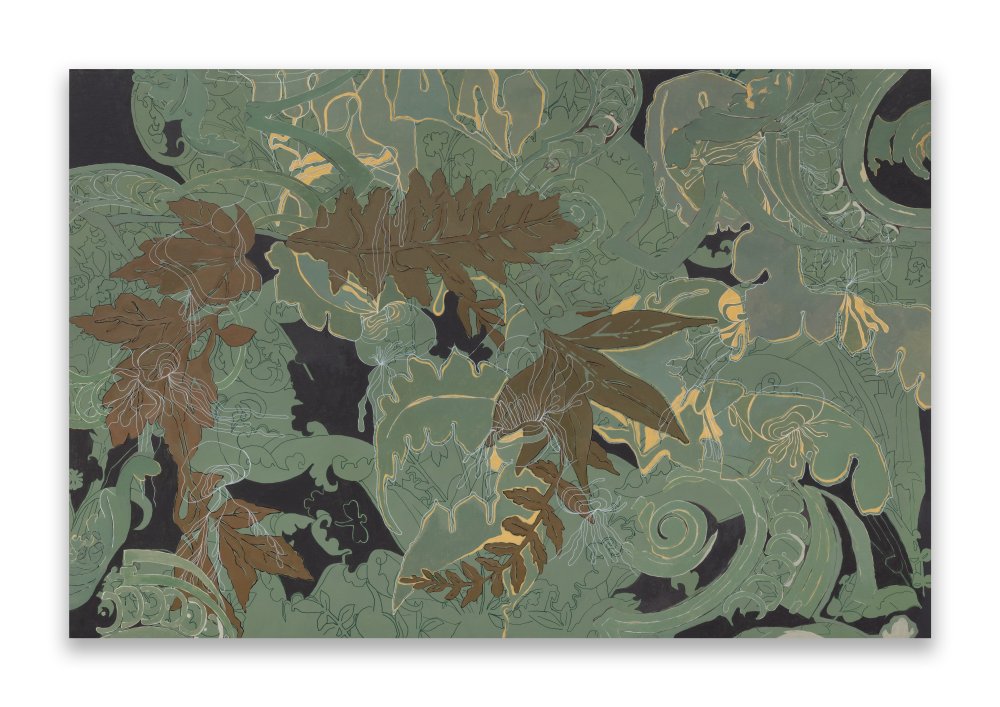 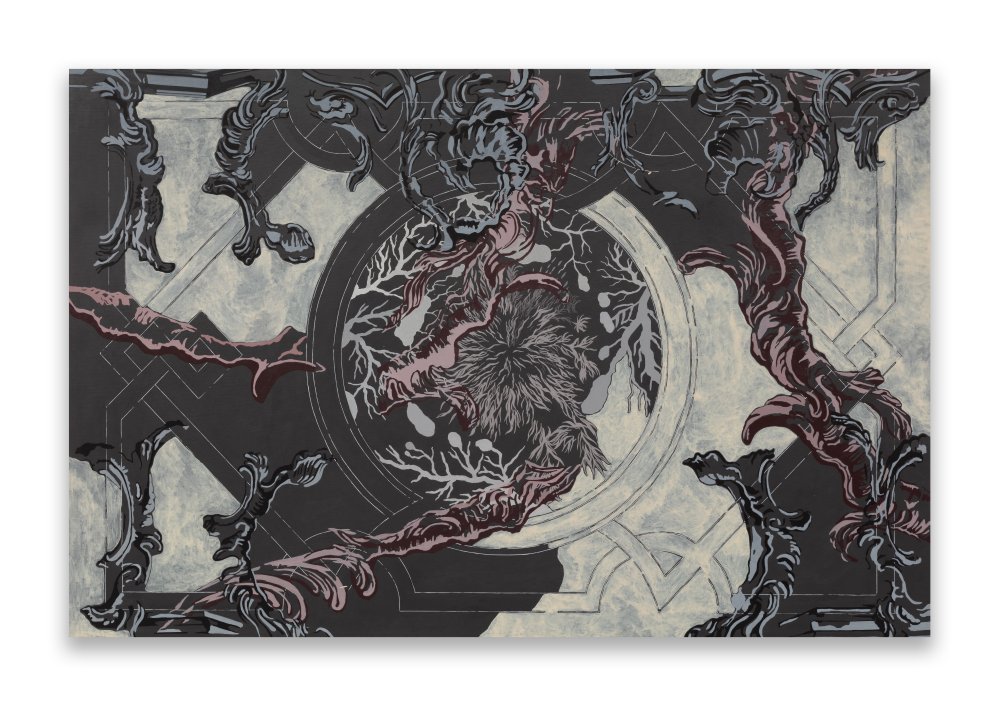 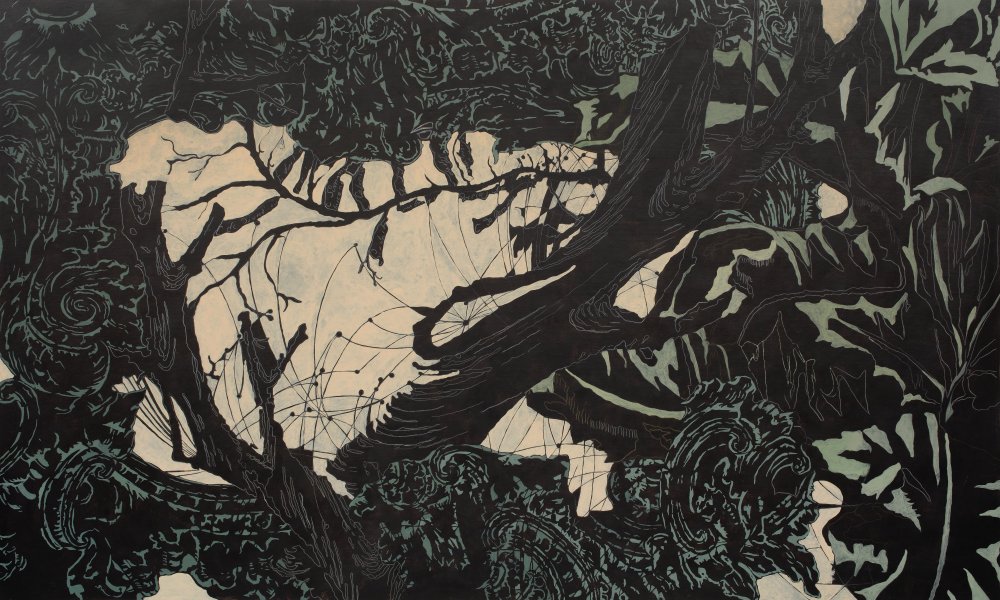 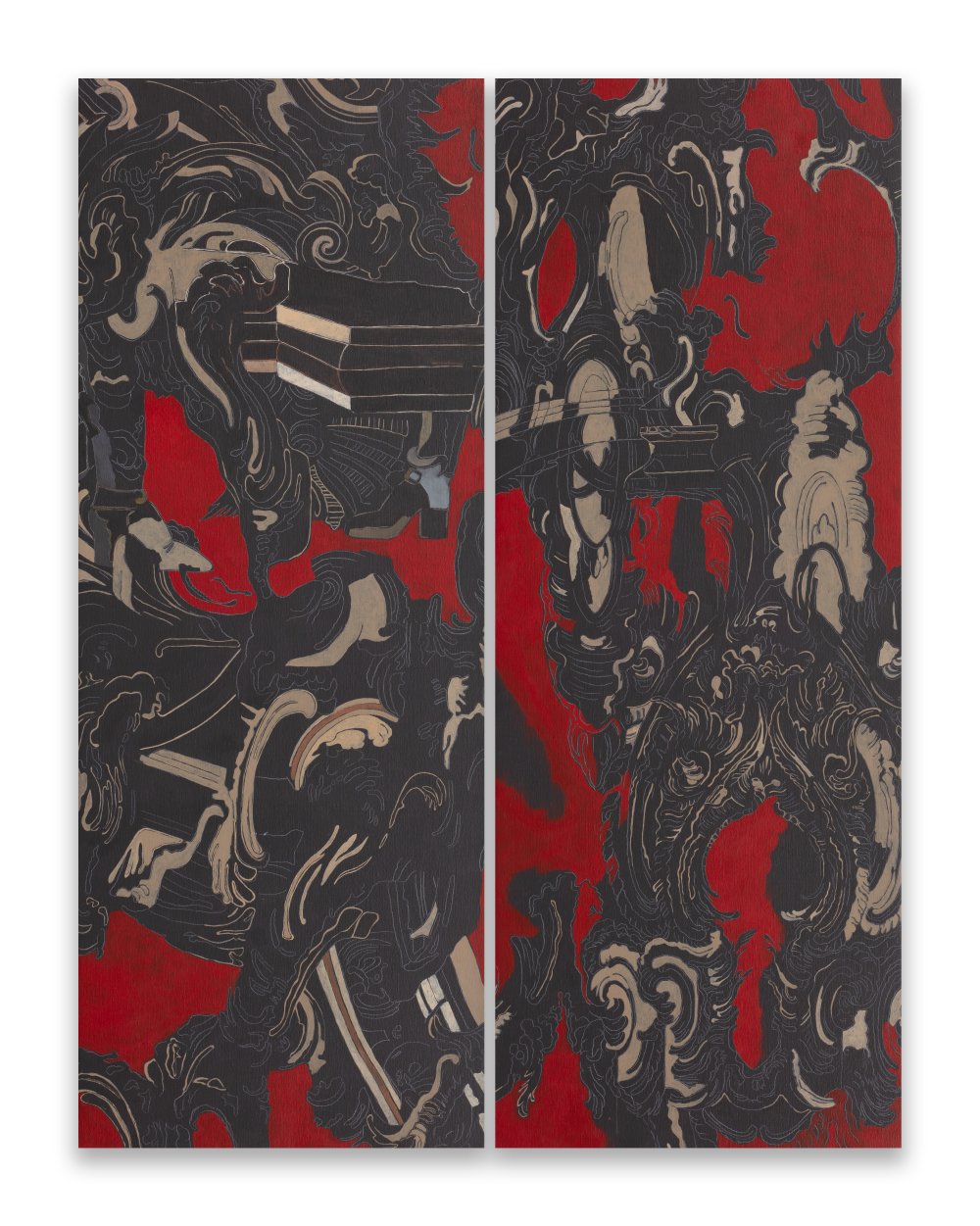 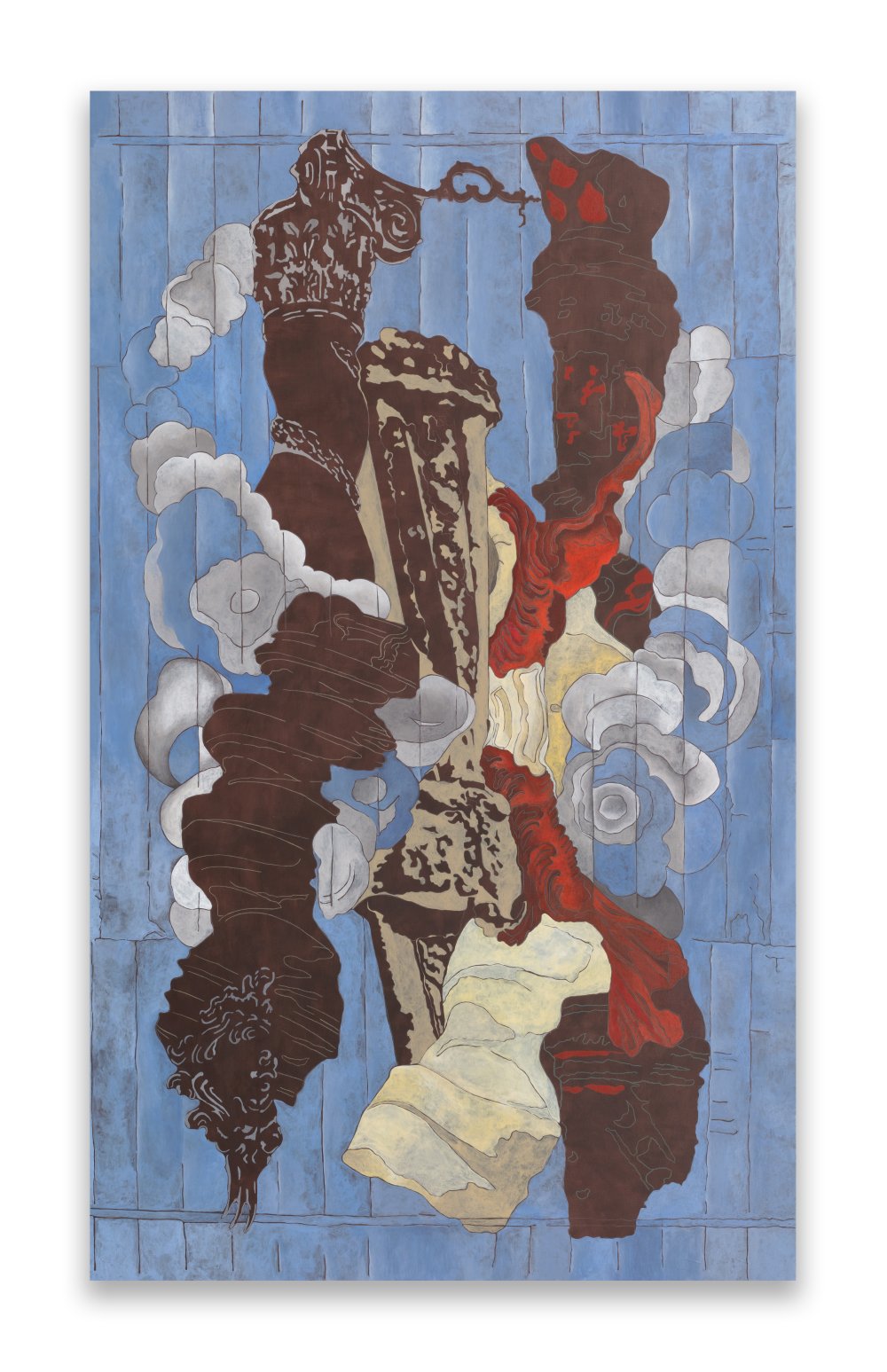 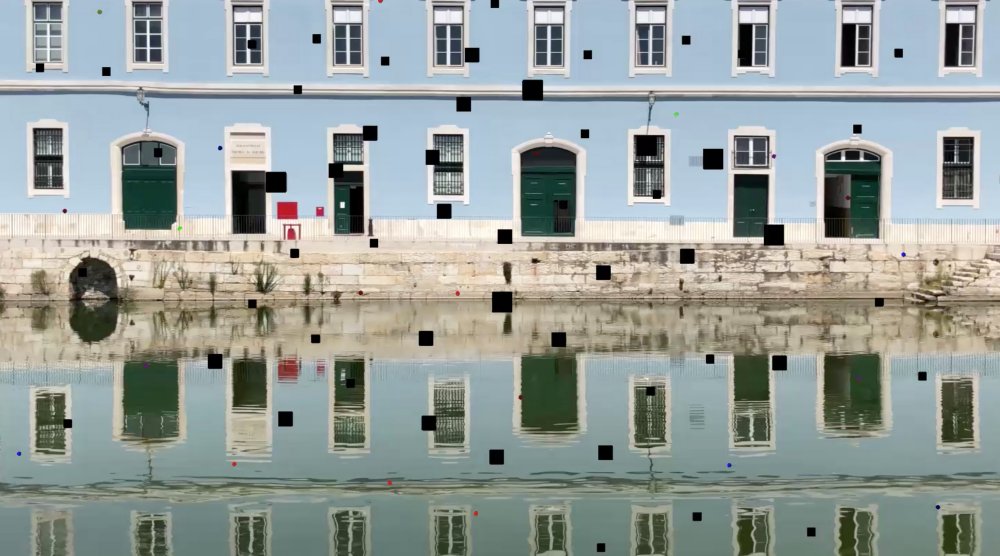 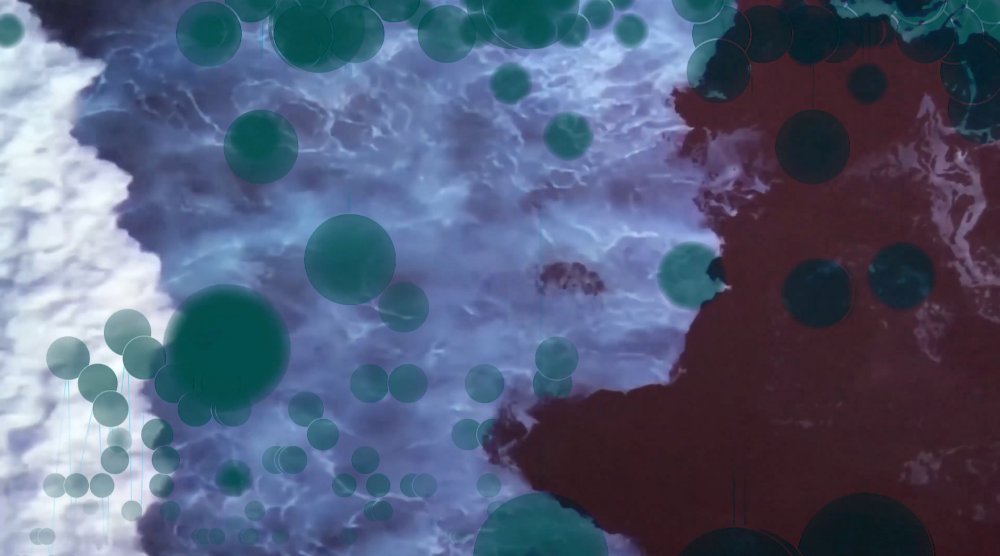 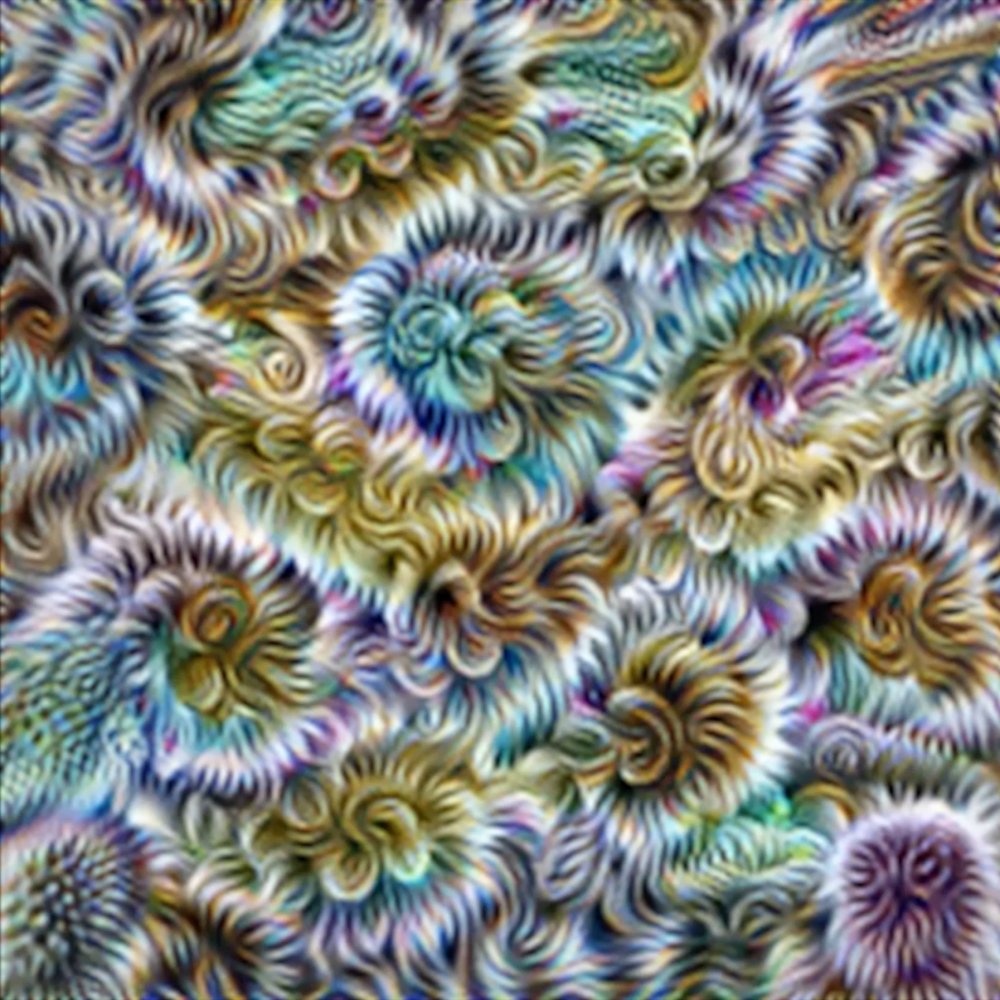 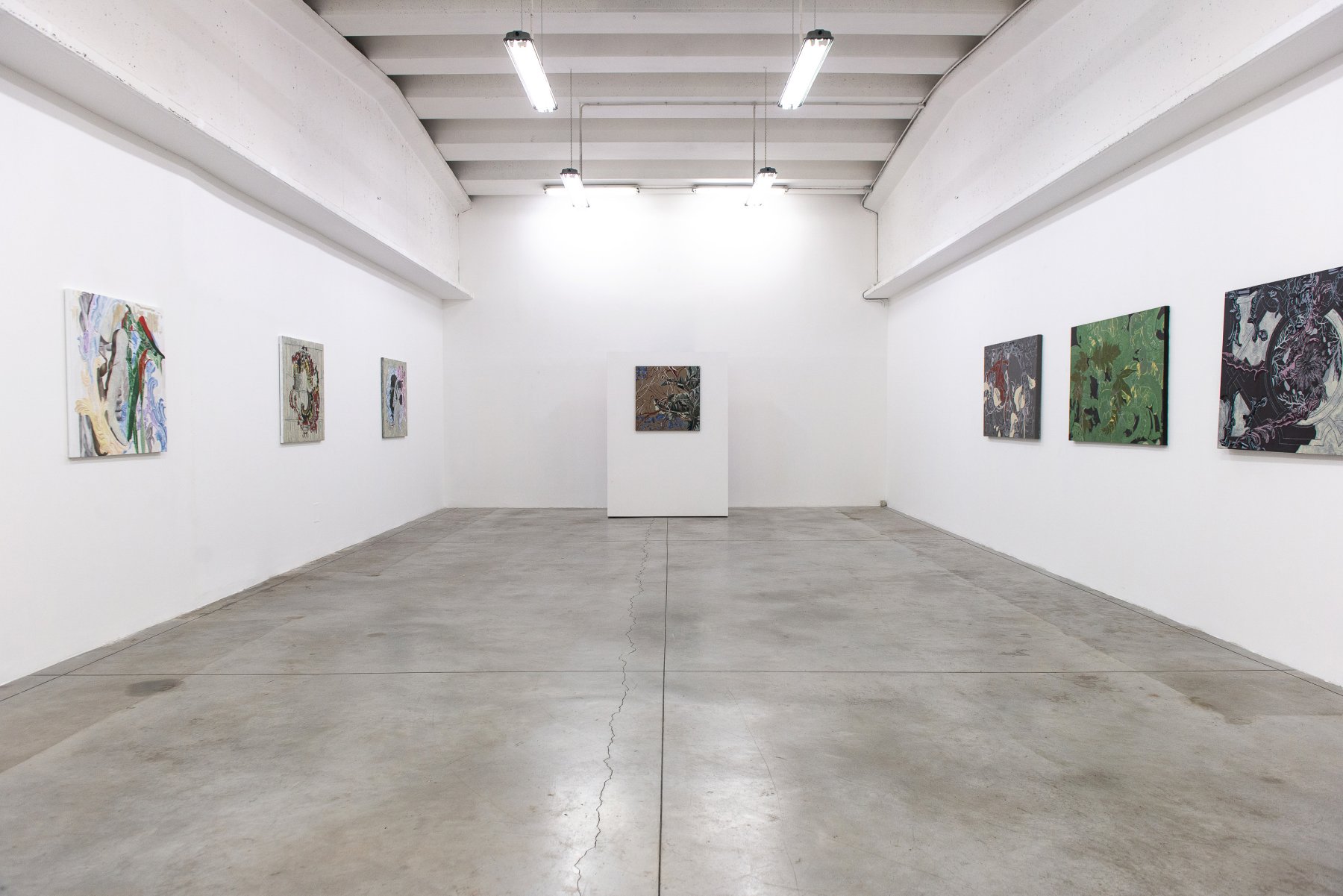 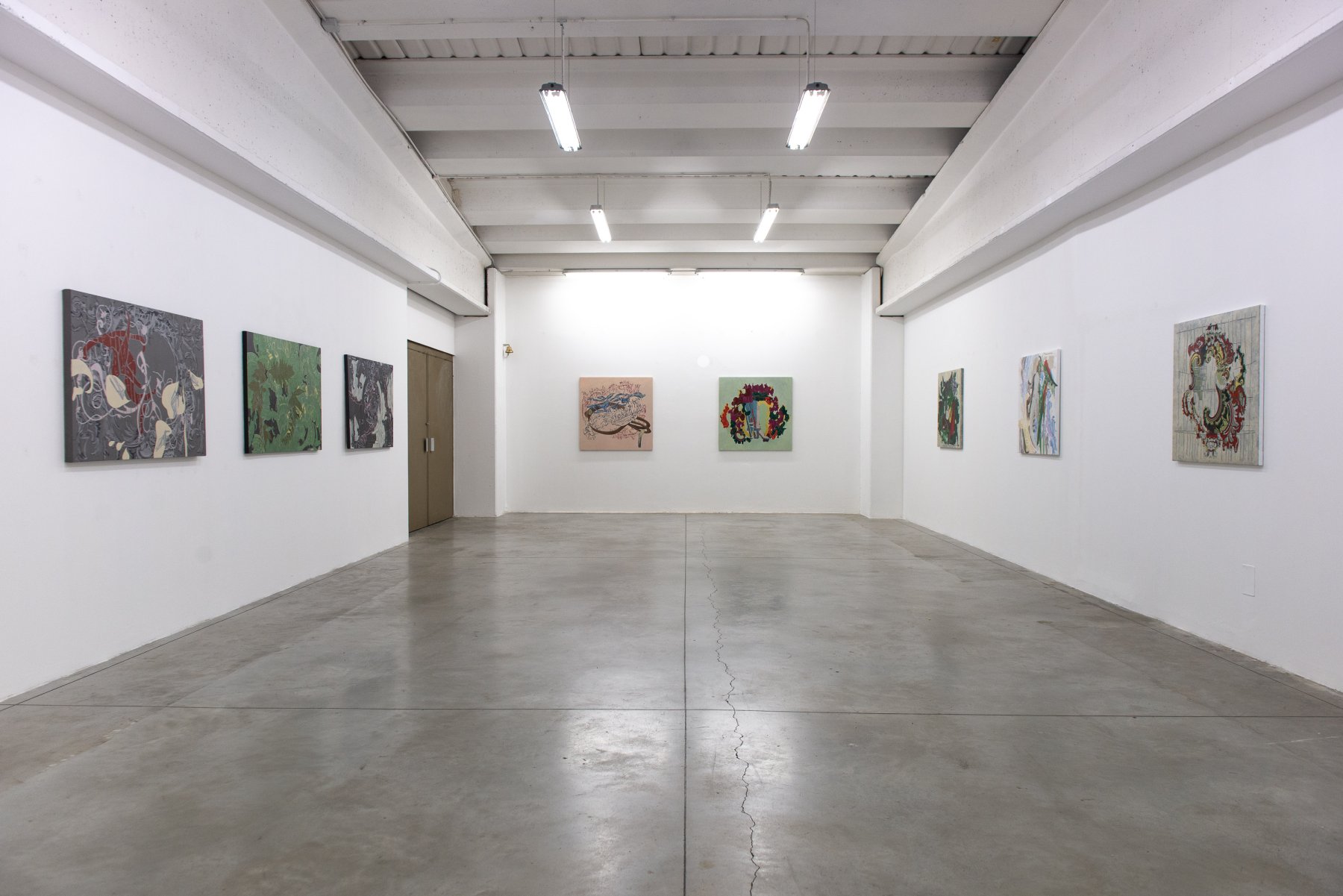 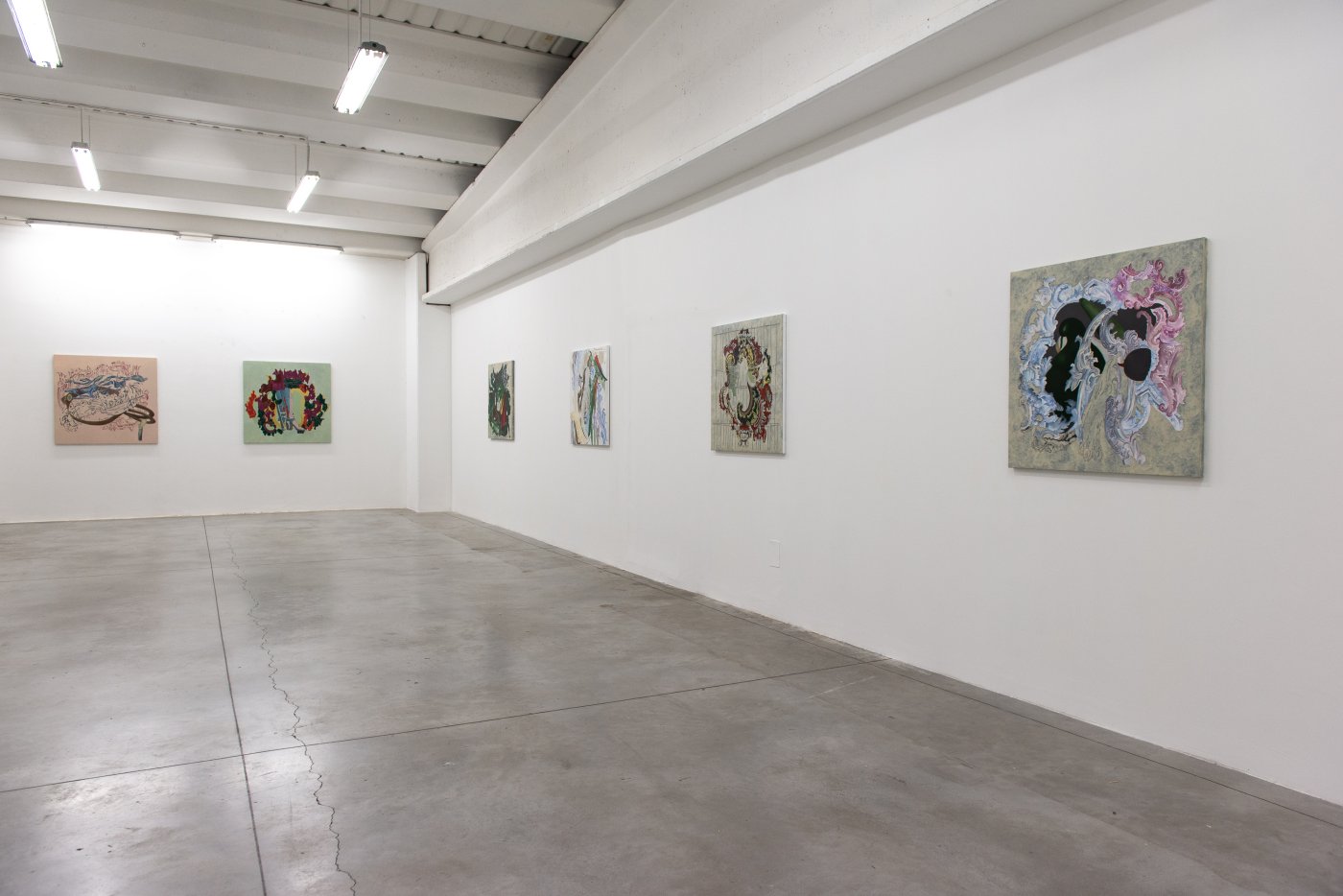 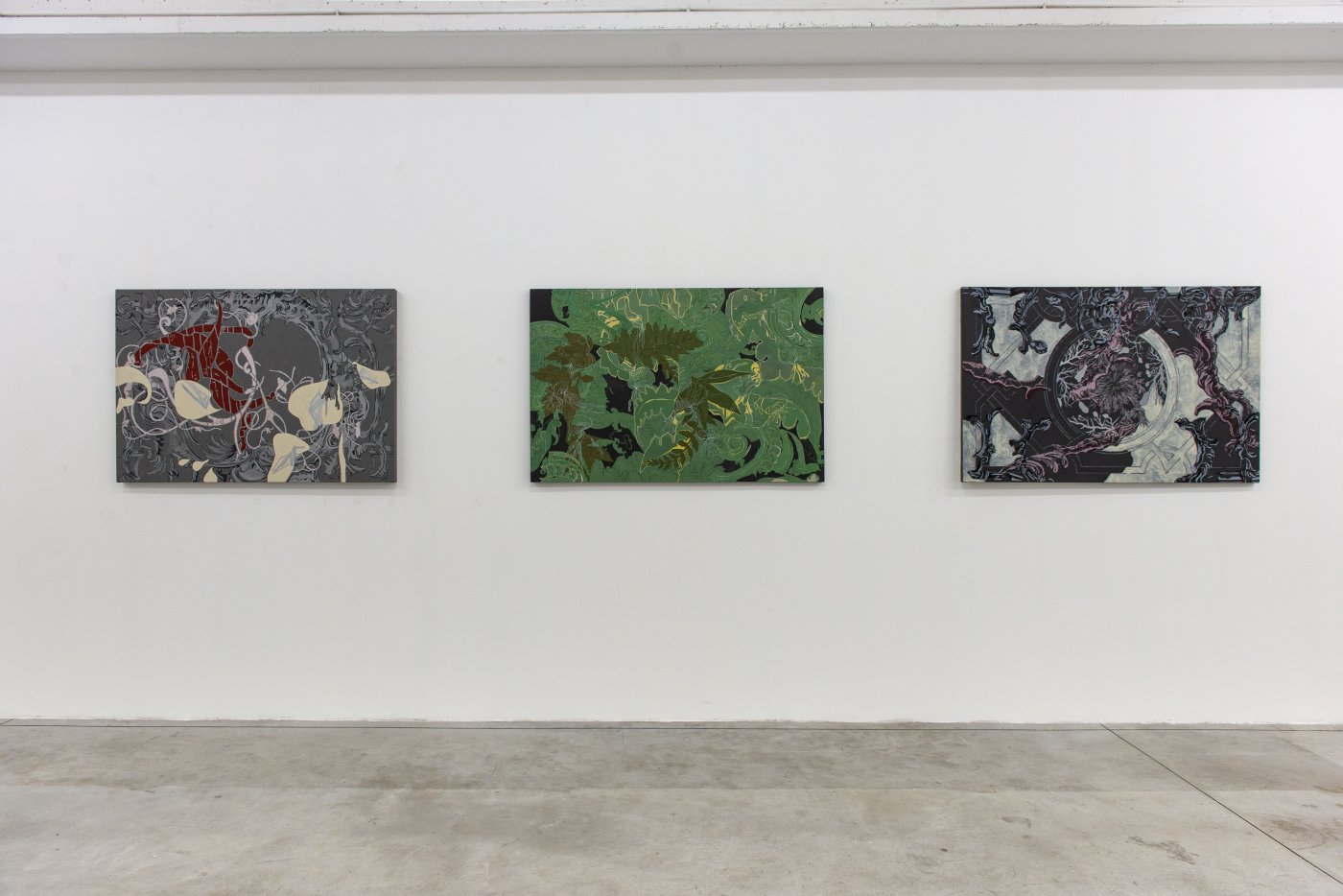 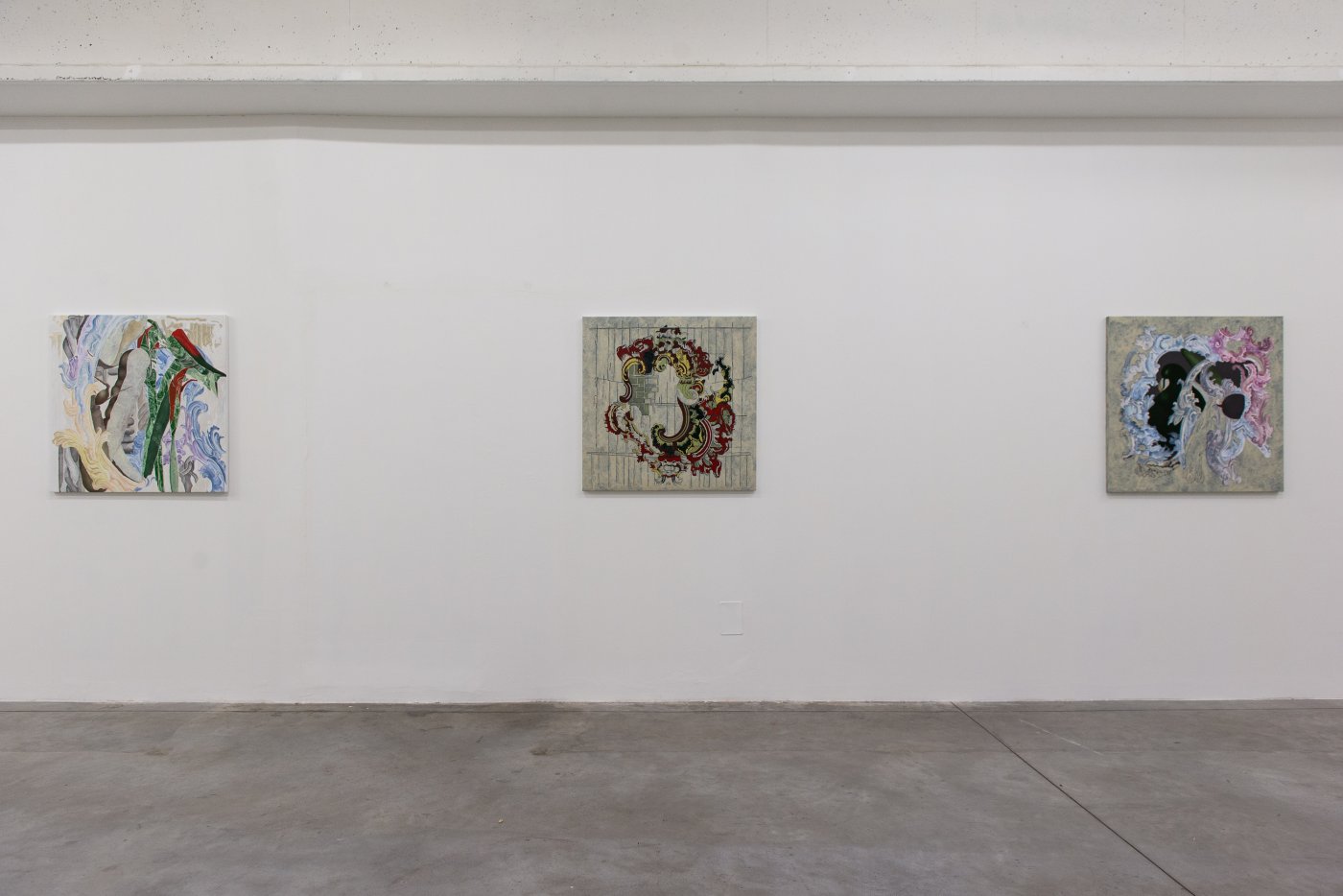 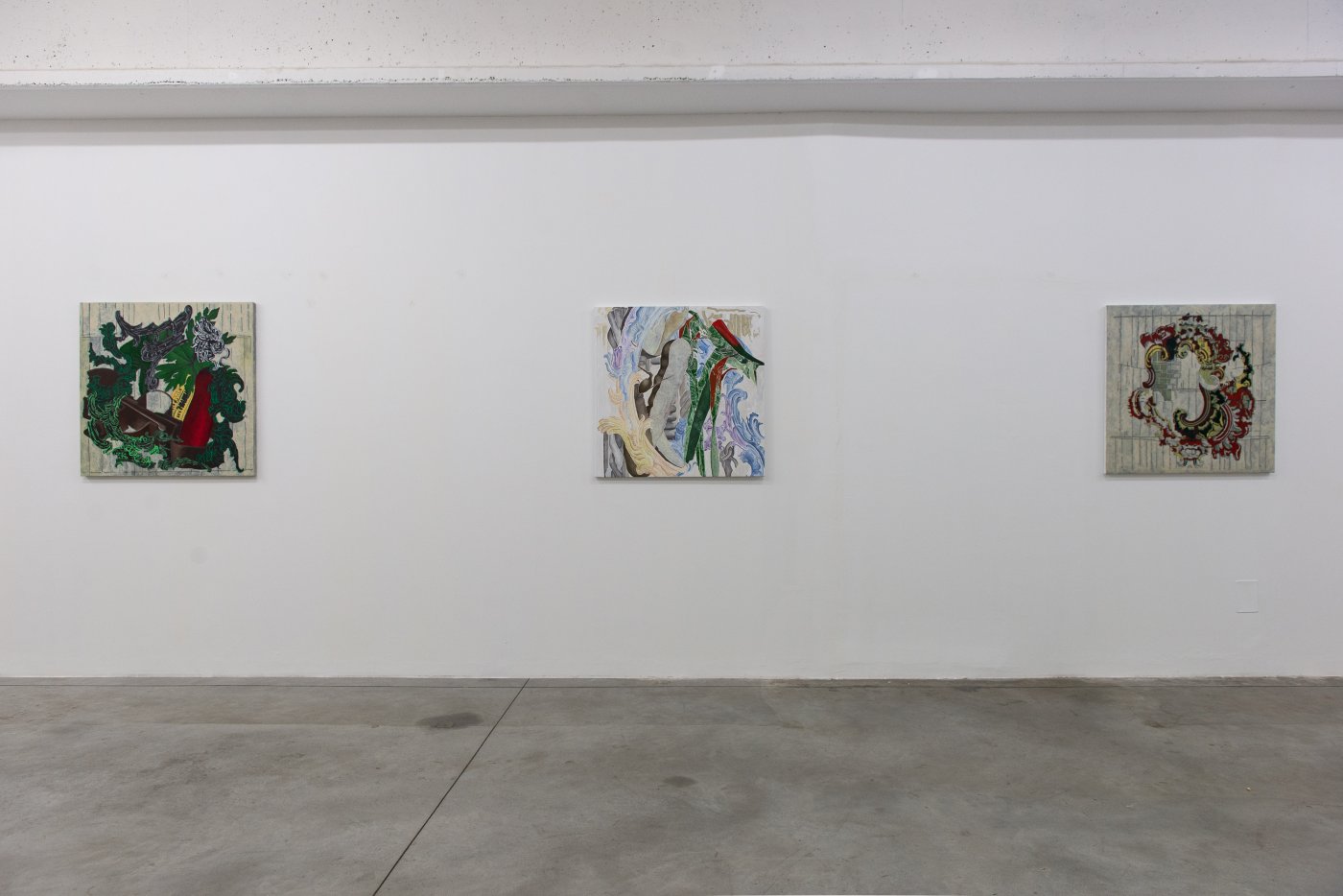 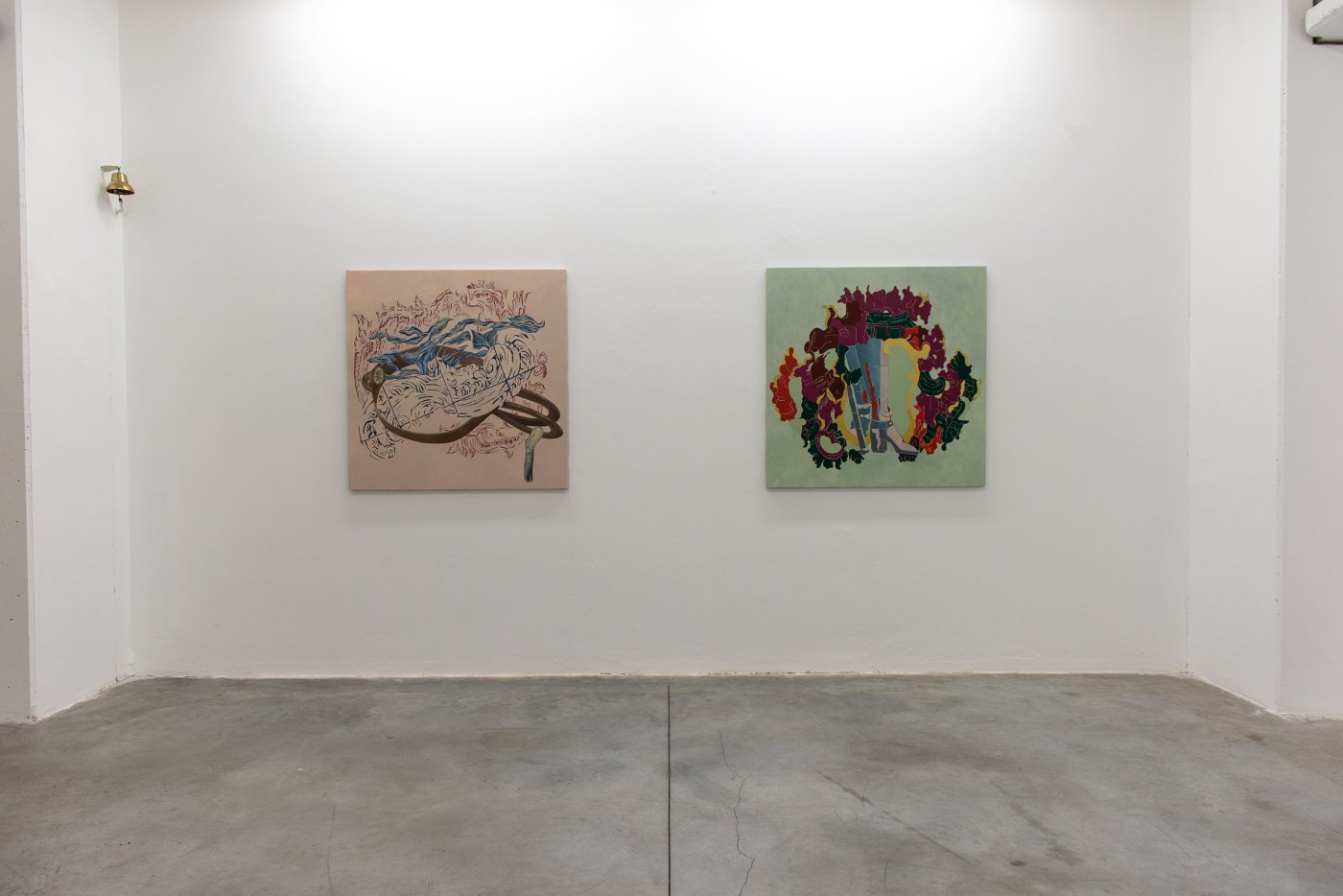 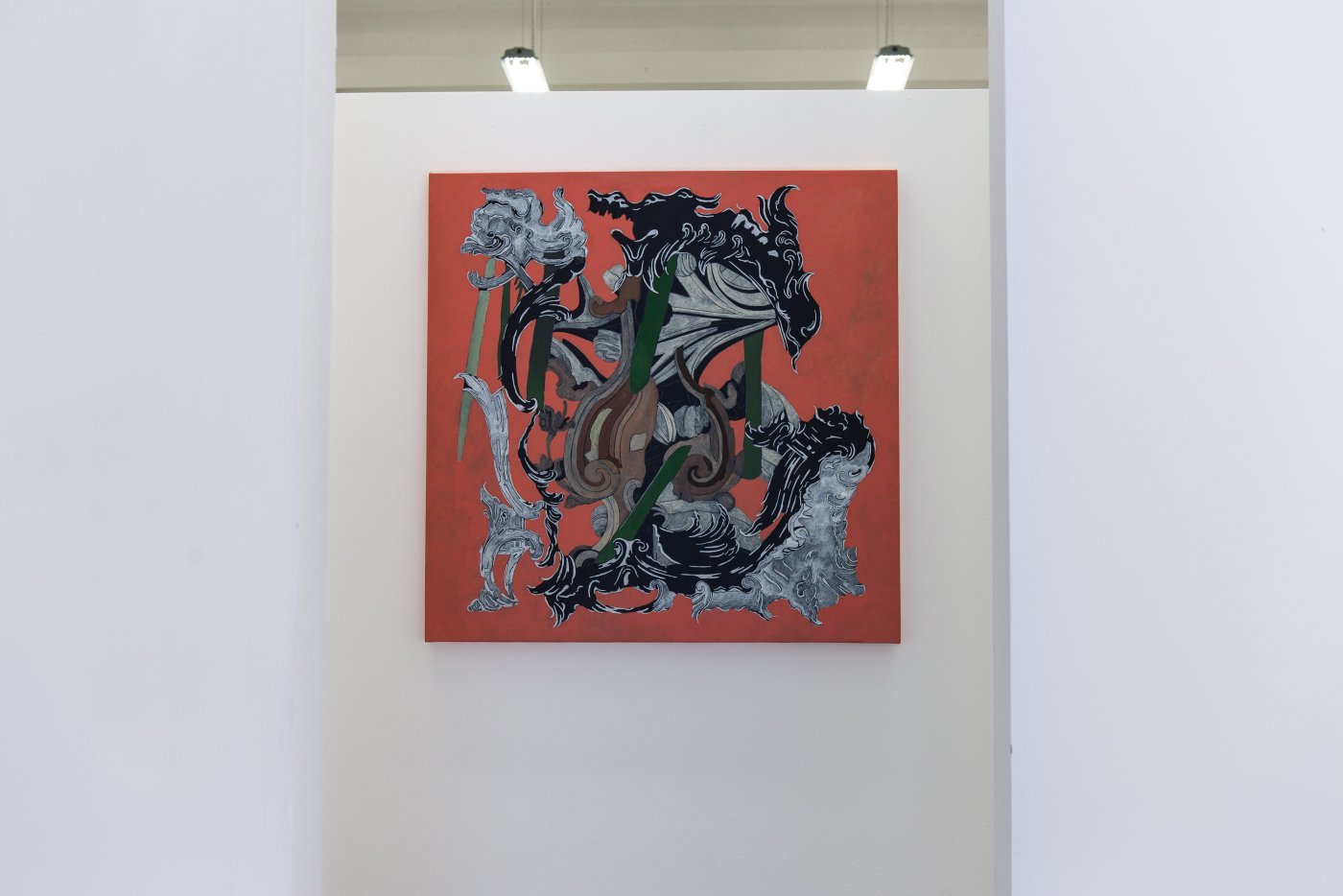 Each of the artist’s works is the result of an extraordinary process of assembly and dissimulation. Behind each work lies a precise construction of memories and thoughts, which often refer to the world from which Debora Hirsch comes, i.e. the ‘new world’. Then – as suggested by the great Brazilian poet Oswald de Andrade, to whom the title of the exhibition pays homage – the pictorial process leads to the emergence of an unprecedented situation: images of an ‘ultra-new’ world that does not erase what has been, that does not eliminate opposites but which places them within a liquid horizon where everything still remains possible. Debora Hirsch’s painting is that of a new matriarchal sphere, where the images of the world and of history are recomposed in a configuration that allows opposites to flow into one another yet without being cancelled. Até aqui – ‘Up to Here’ or ‘Thus Far’ – indicates this ever-moving horizon, the ‘firmamento’ mentioned in the title/suffix of all her works, towards which the artist’s painting has shifted.
Among the new works Debora Hirsch is presenting in Trento there is a series of square canvases, a format on which the artist has worked with single-minded and meaningful obstinacy. The square, which in Western culture evokes the clarity of rationality, is here intended to enclose fluid images, at times almost amniotic, permeated with substrates that escape and lead towards mutant depths. In the perimeter of the square, clarity is by no means disavowed, but brought to a higher condition in which it assumes mobile forms, reluctant to embrace any interpretative rigidity. And yet within those forms, history is condensed, along with all its wounds, as in the beautiful ‘Firmamento (pelourinho)’, which recalls a whipping post used by the conquerors; geography, with rivers that become the venous system of painting ‘Firmamento (river veins)’; and nature with its everyday and at the same time totemic structures at ‘Firmamento (calabash 2)’.
It is a horizon along which the separation between painting and digital imagery fades. Filaments appear on the canvases that are both aerial roots and networks nodes. Thus, with great fluidity, the images slide into the screens of Debora Hirsch’s videos, just as naturally as they float across her canvases. Até qui is not a landing place but a ceaseless movement that brings about new movements.

Debora Hirsch was born in São Paulo (BR) in 1967. Lives and works between Milan and São Paulo.
Debora Hirsch is mainly interested in exploring how the structures of power can be subtle, insidious, and imperceptible, as well as brutal and invasive, ranging from historic colonizing dynamics and its legacy, technological control to dynamics acting at a personal level.

Some key themes recur throughout Debora Hirsch’s artworks, such as contemporary anthropology, unnoticed interrelationships and concealed realities, the influence of media and technology on culture and society, defining the multidisciplinary nature of her practice. Although her artwork is often conceptual and appropriative, gathering visuals from archives, old books, digital world, art, and a variety of media, she builds her own imagery and perspective through a metaphysical conception of art.

Her visual language often deliberately invites viewers to investigate and reconsider their actions and existence. Progressing by associations and deductions is her favored method in the production of drawings, paintings, videos, websites, installations, and objects. Debora Hirsch’s artworks are often elaborated snapshots of an ongoing inquiry that includes theories, conjectures, re-interpreting signs about apparently unimportant realities, hidden interconnections, and similarities between distant worlds and times.