Dawoud Bey: In This Here Place

Dawoud Bey: In This Here Place


Sean Kelly presents In This Here Place, Dawoud Bey’s inaugural exhibition at the gallery. Bey’s new body of work focuses on plantations in Louisiana, continuing the artist’s ongoing examination of African American history and his efforts to make the Black past resonant in the contemporary moment. 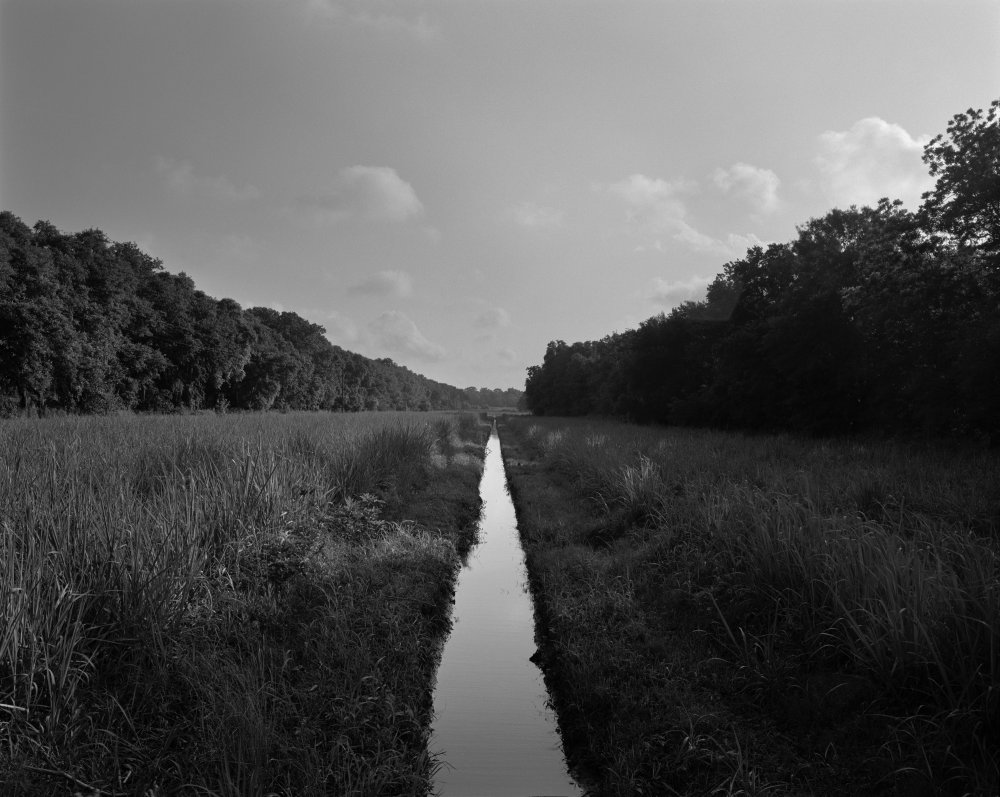 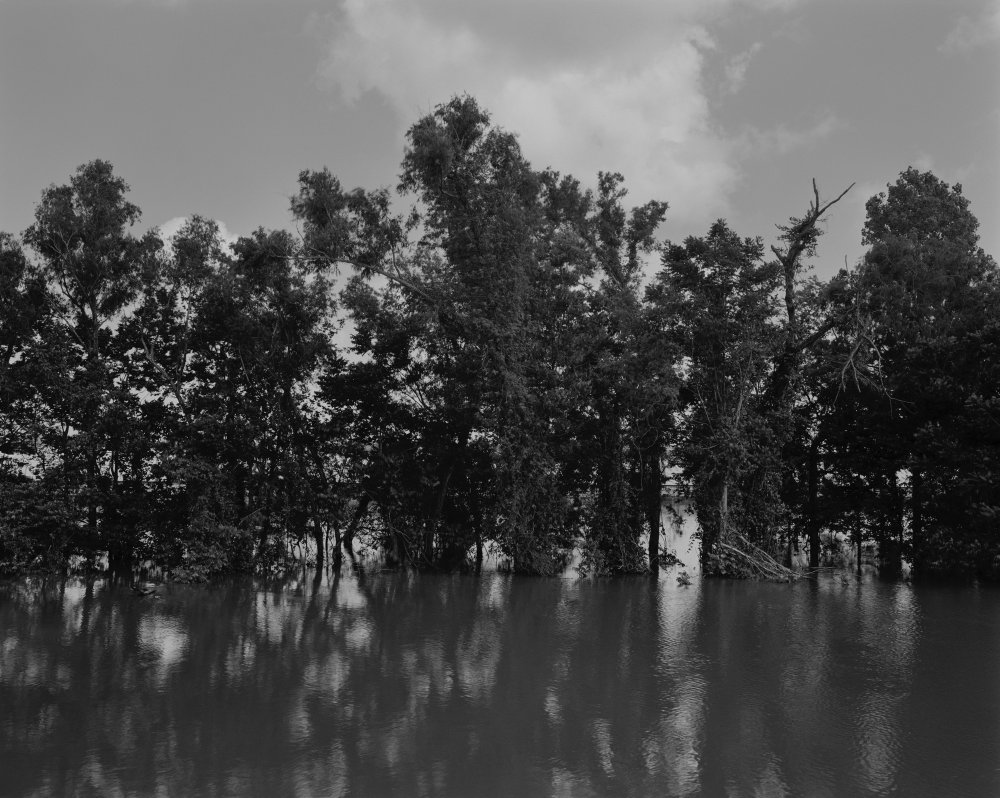 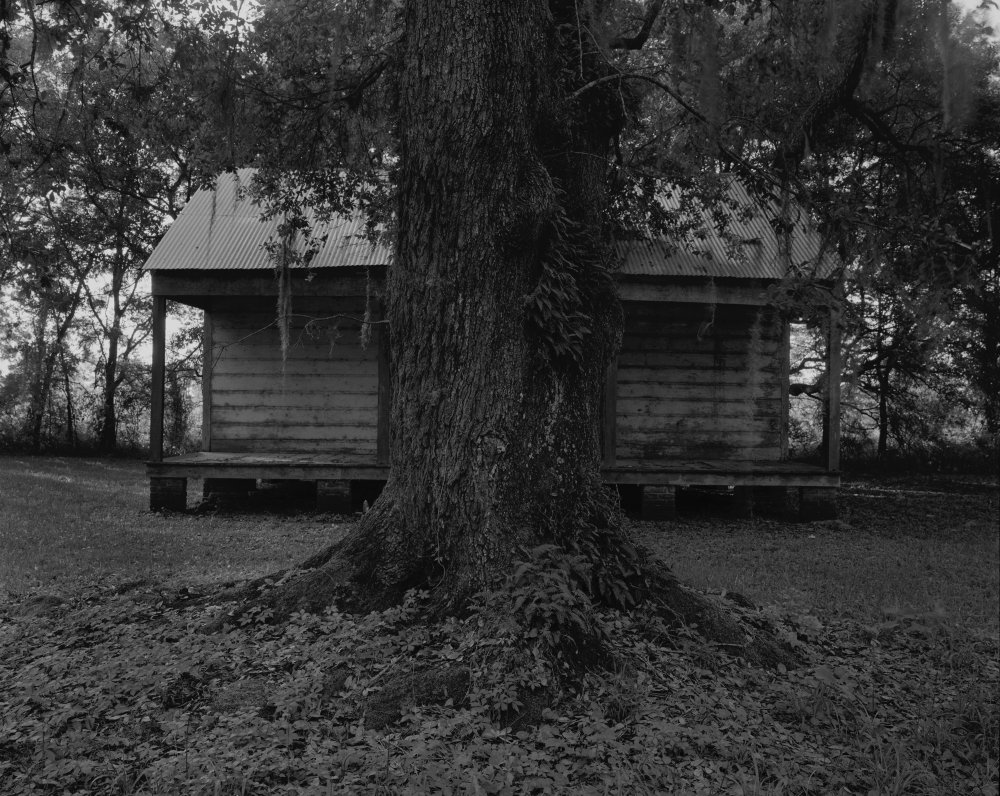 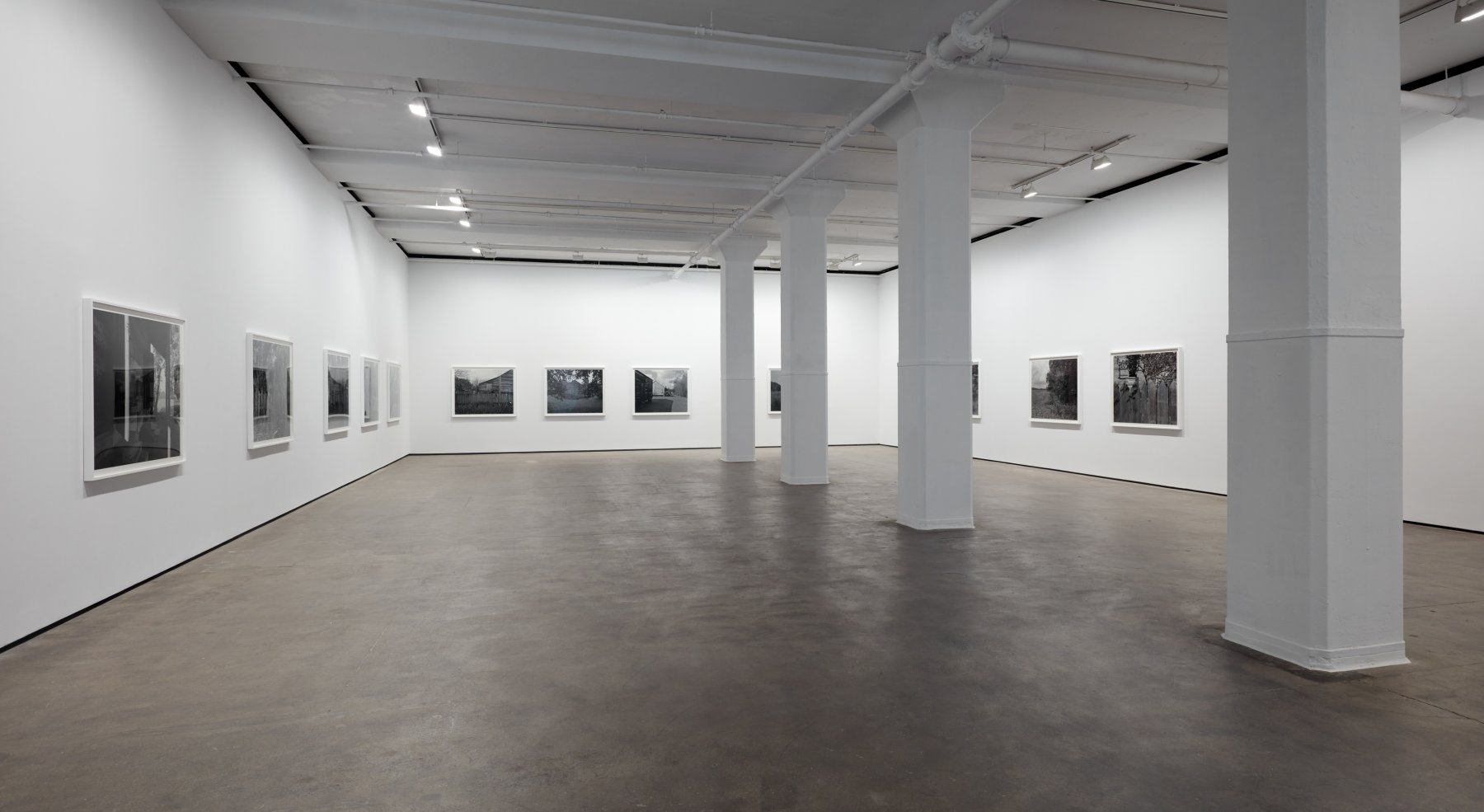 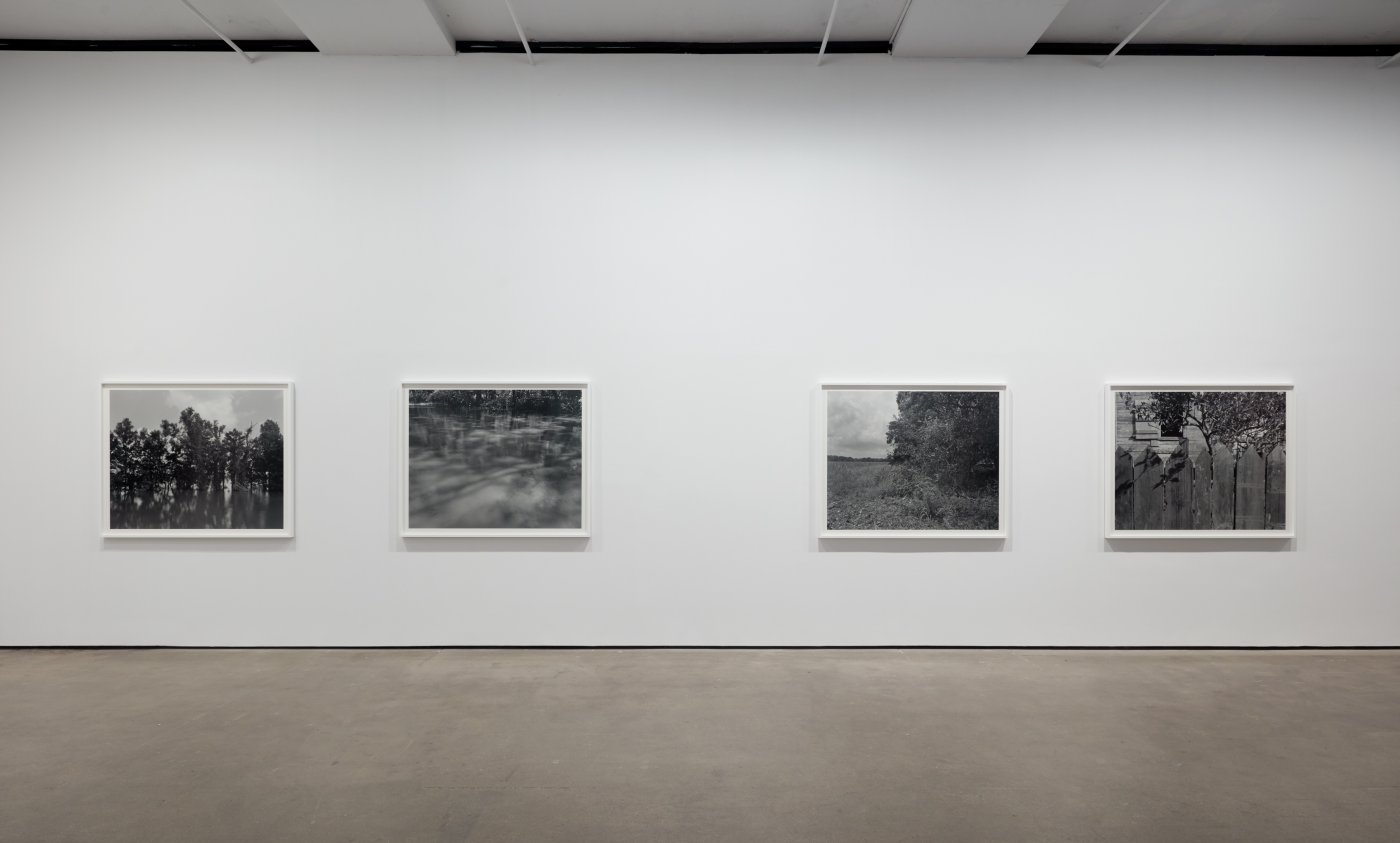 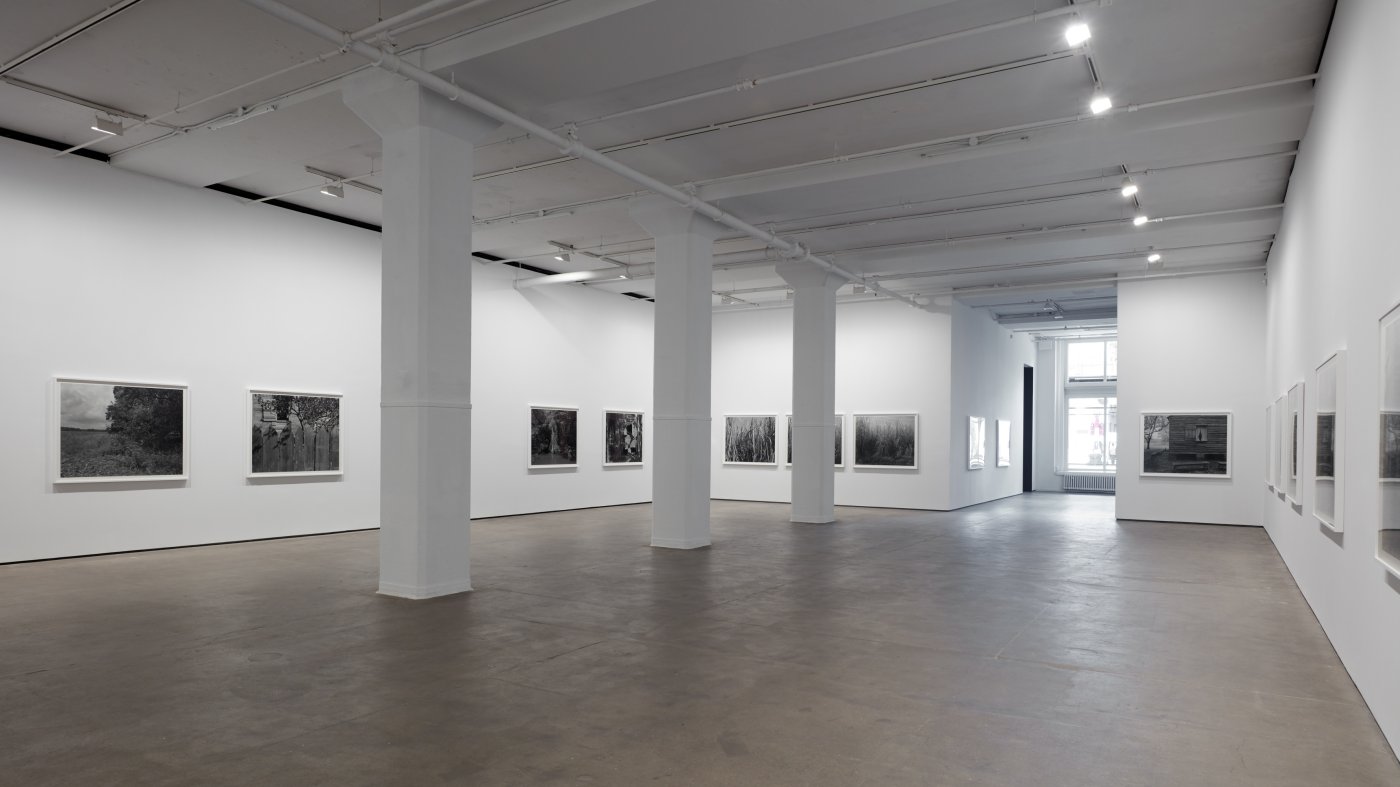 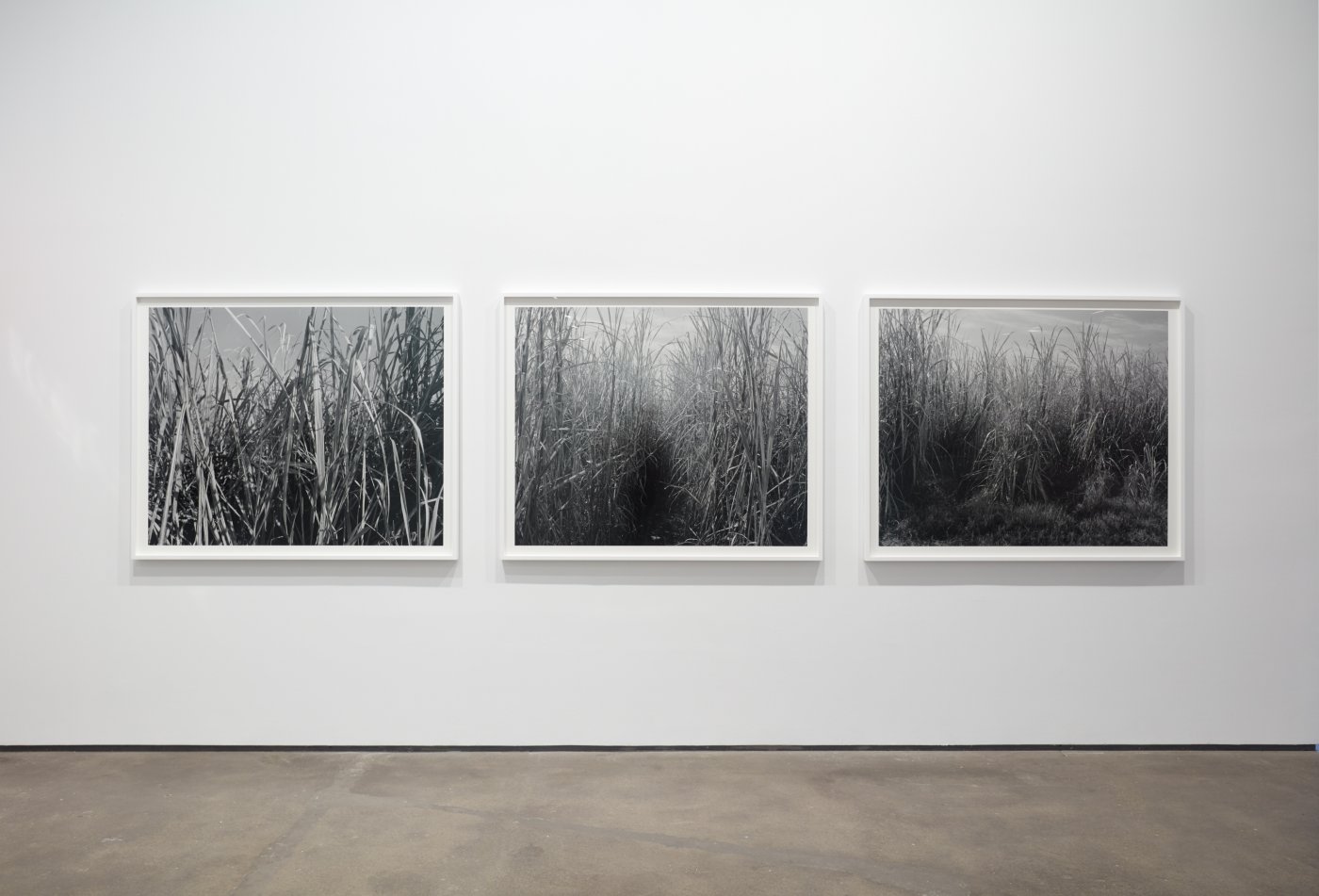 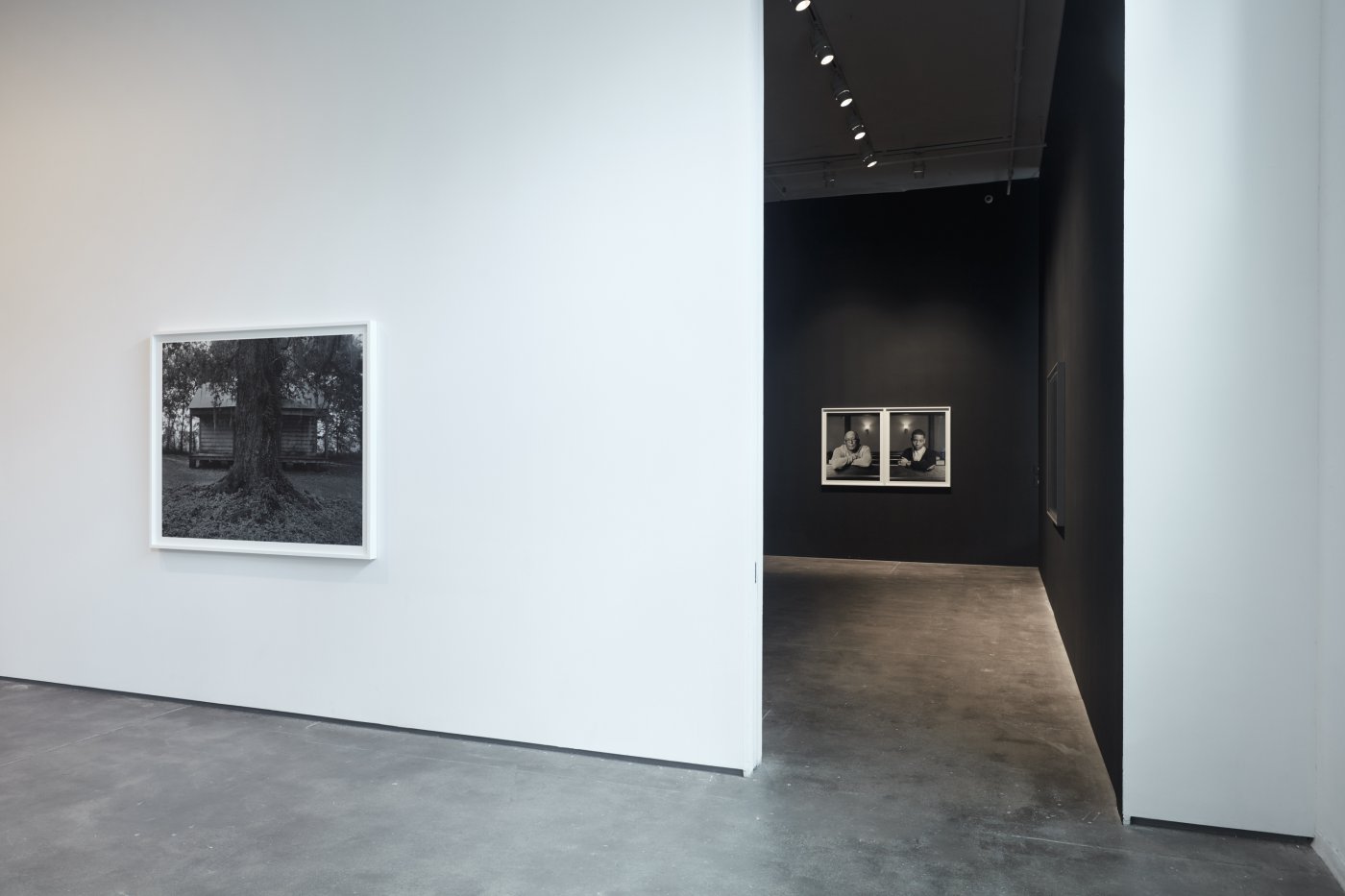 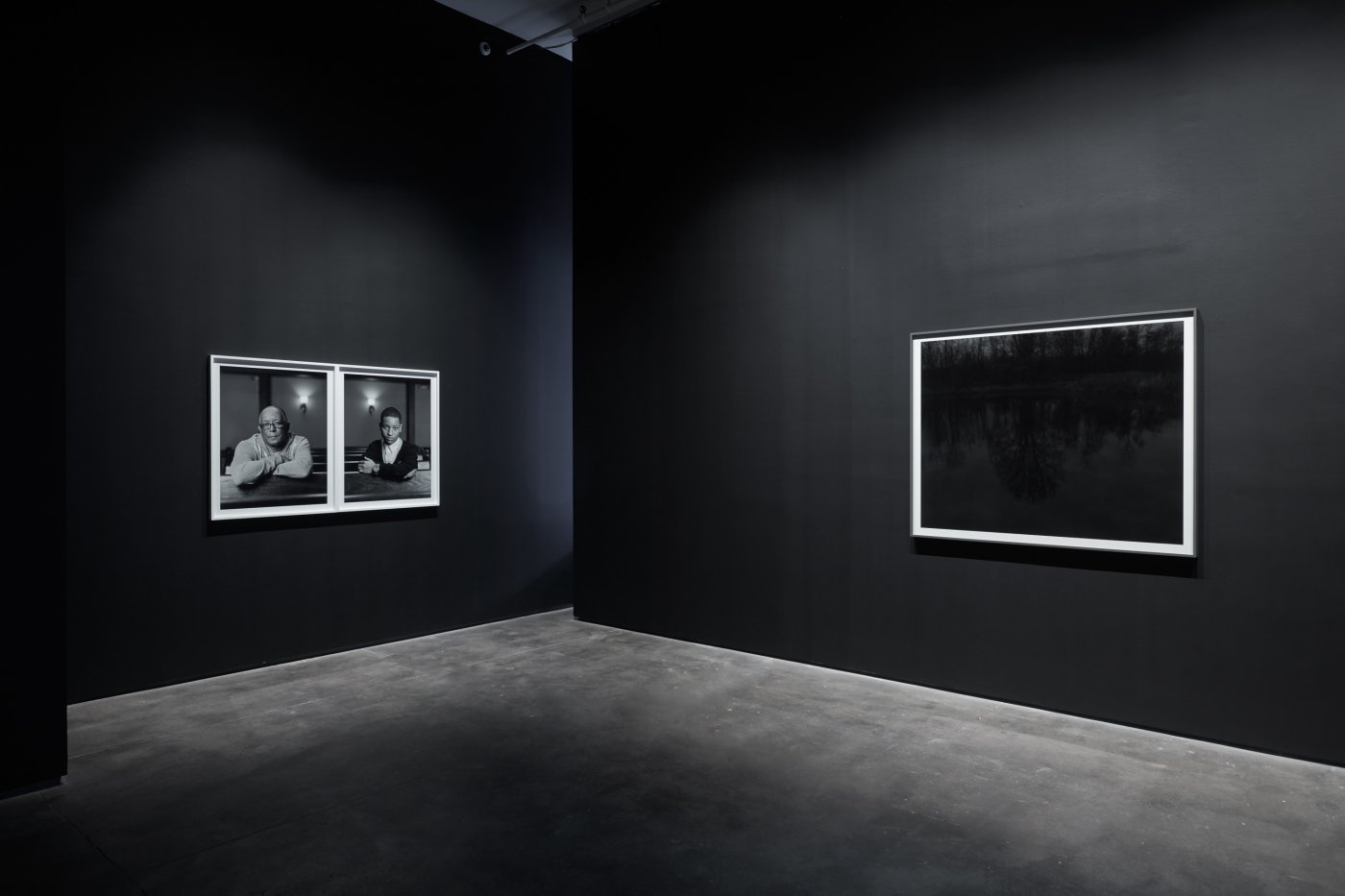 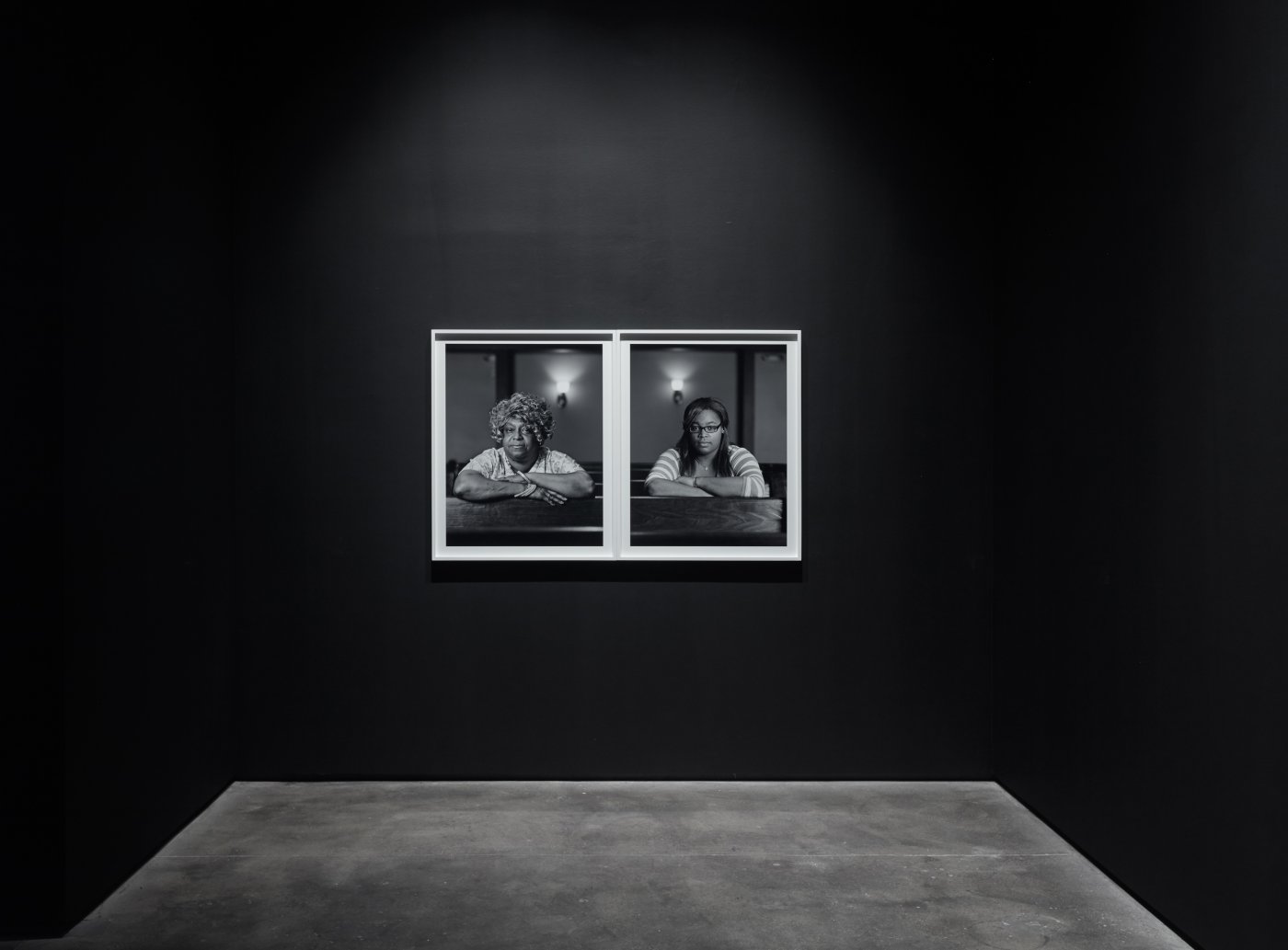 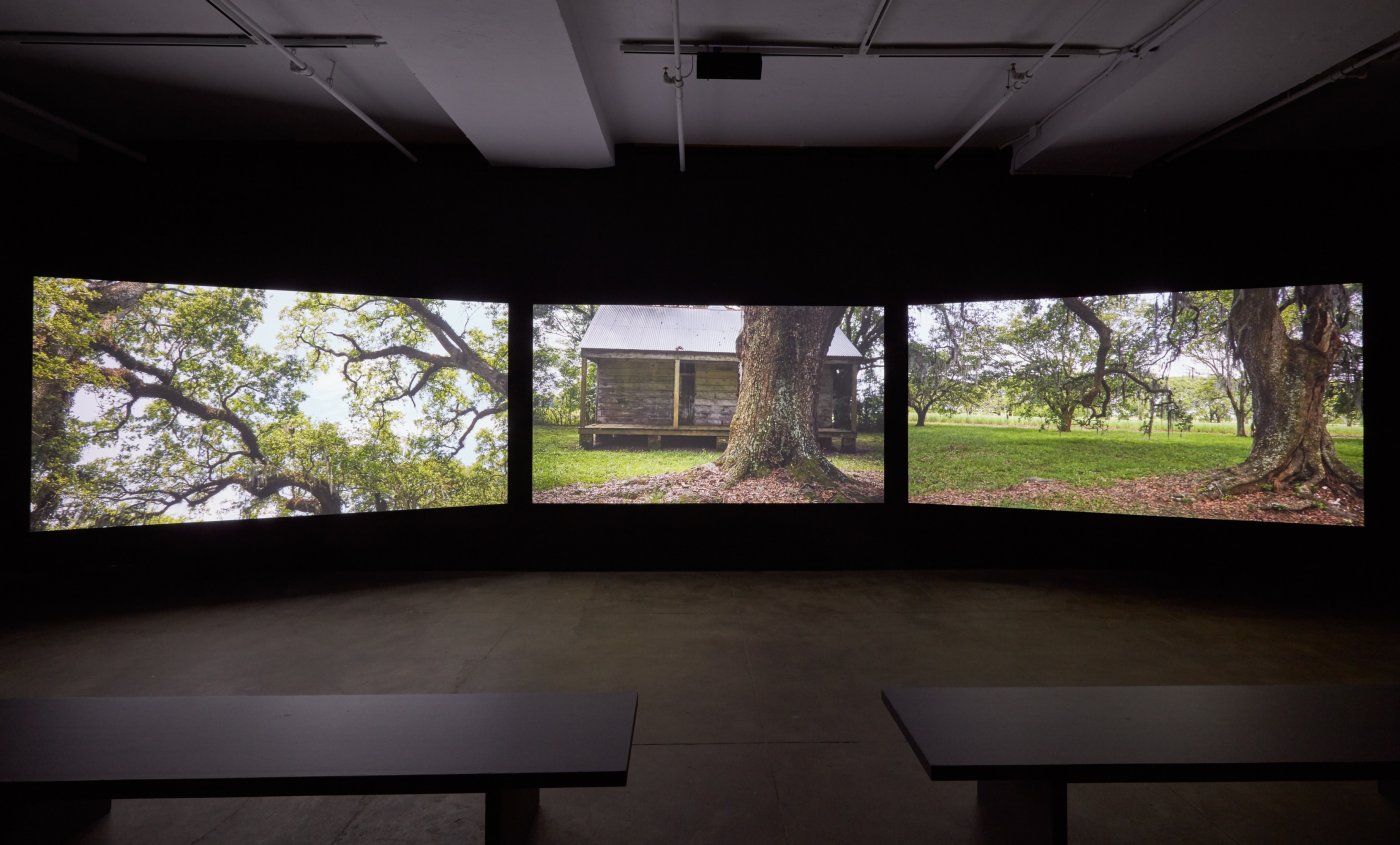 Widely heralded for his compelling portraits depicting communities and histories that have largely remained underrepresented, these new large-scale photographs visualize the landscape and built environment where the relationship between African Americans and America was formed. The exhibition also marks the debut of Evergreen, a three-channel video, which continues Bey’s visual investigation of memory and place within the Black imagination.

In This Here Place is the third project in Dawoud Bey’s history series. Working his way back in time, Bey’s first series, The Birmingham Project, (2012), paid tribute to the victims of the 16th Street Baptist Church bombing in Birmingham, Alabama. The second series, Night Coming Tenderly, Black (2017), departed from figuration as Bey made the landscape his subject with photographs of real and imagined locations along the Underground Railroad. This third, new body of work portrays the physical sites of the forced labor of enslavement. Taken at sites with an unfathomably traumatic past, this series represents a deep witnessing and rich visual description, evoking the past in now unpopulated landscapes. The photographs were all made in Louisiana, along the west banks of the Mississippi River and at the Evergreen, Destrehan, Laura, Oak Alley, and Whitney Plantations.

With the exception of Evergreen, all of the plantations have been significantly altered over time. For all of their historical horror, these sites present themselves mutely, and the scale of the narratives they witnessed can now only be suggested. Spending time at each location and creating this series brought Bey face to face with the challenge of conveying this moment in history. Bey questions how to visualize and make resonant the history of Black bodies in captivity and the heightened emotions that linger throughout these haunted landscapes and buildings. Through shifts in scale from intimate to vast, a heightened formal language and a descriptive materiality, the narratives of these spaces are evoked within the two-dimensional space of the black and white photographs.

Bey’s three-channel video Evergreen is a poetic examination of the landscape of Evergreen Plantation. Imani Uzuri’s vocals create a sonic landscape adding a moving and human presence to the unpopulated film. Evergreen and eight photographs from In This Here Place will be exhibited as part of Prospect.5 Yesterday We Said Tomorrow in New Orleans, October 2021.

In 2017 Dawoud Bey was awarded the MacArthur Foundation “Genius” Fellowship. He is also the recipient of fellowships from United States Artists, the John Simon Guggenheim Memorial Foundation, and the National Endowment for the Arts, amongst other honors. His work is currently the subject of a major career exhibition Dawoud Bey: An American Project, organized by the San Francisco Museum of Modern Art and the Whitney Museum of American Art, that also traveled to the High Museum of Art, Atlanta. Bey’s work is the subject of numerous monographs and publications, including Class Pictures (Aperture, 2007), Harlem, USA (Yale University Press, 2012), Picturing People (Renaissance Society at the University of Chicago, 2012), and Dawoud Bey: The Birmingham Project (Birmingham Museum of Art, 2013). In 2018 a major forty-year retrospective publication, Dawoud Bey: Seeing Deeply, was published by the University of Texas Press, and in 2020, Dawoud Bey: Two American Projects was be published by Yale University Press and SFMOMA.