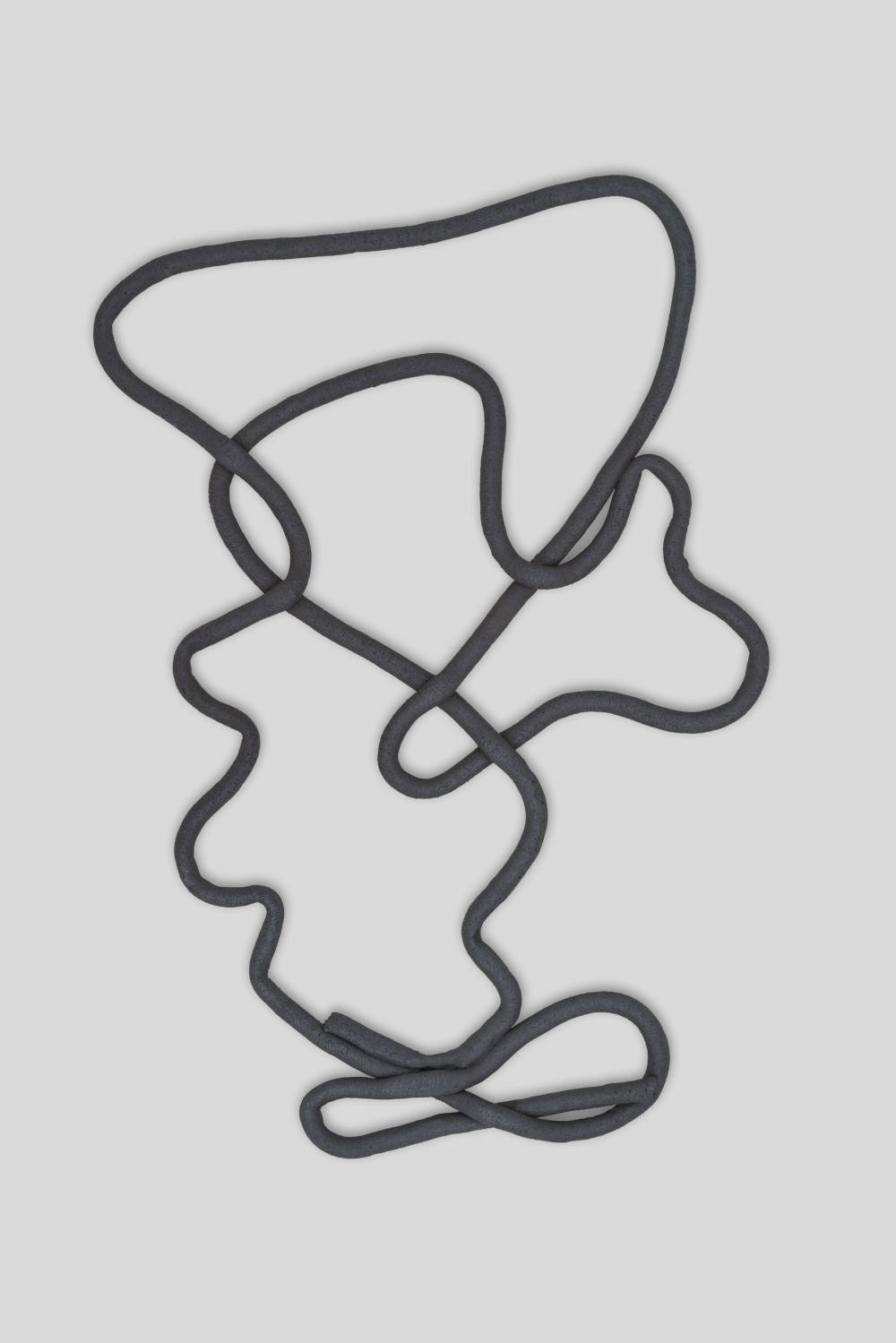 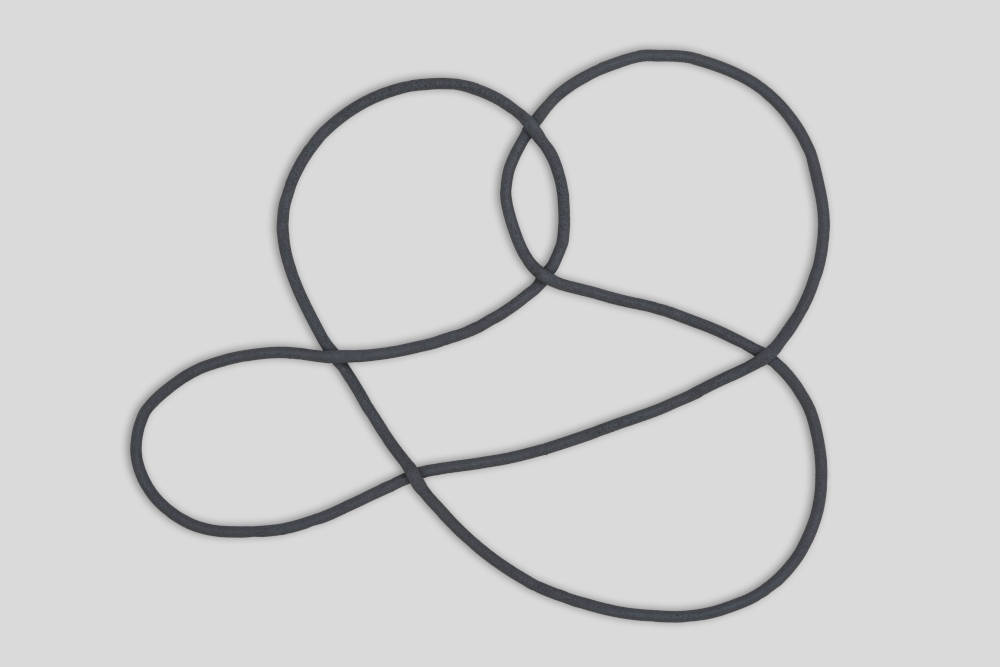 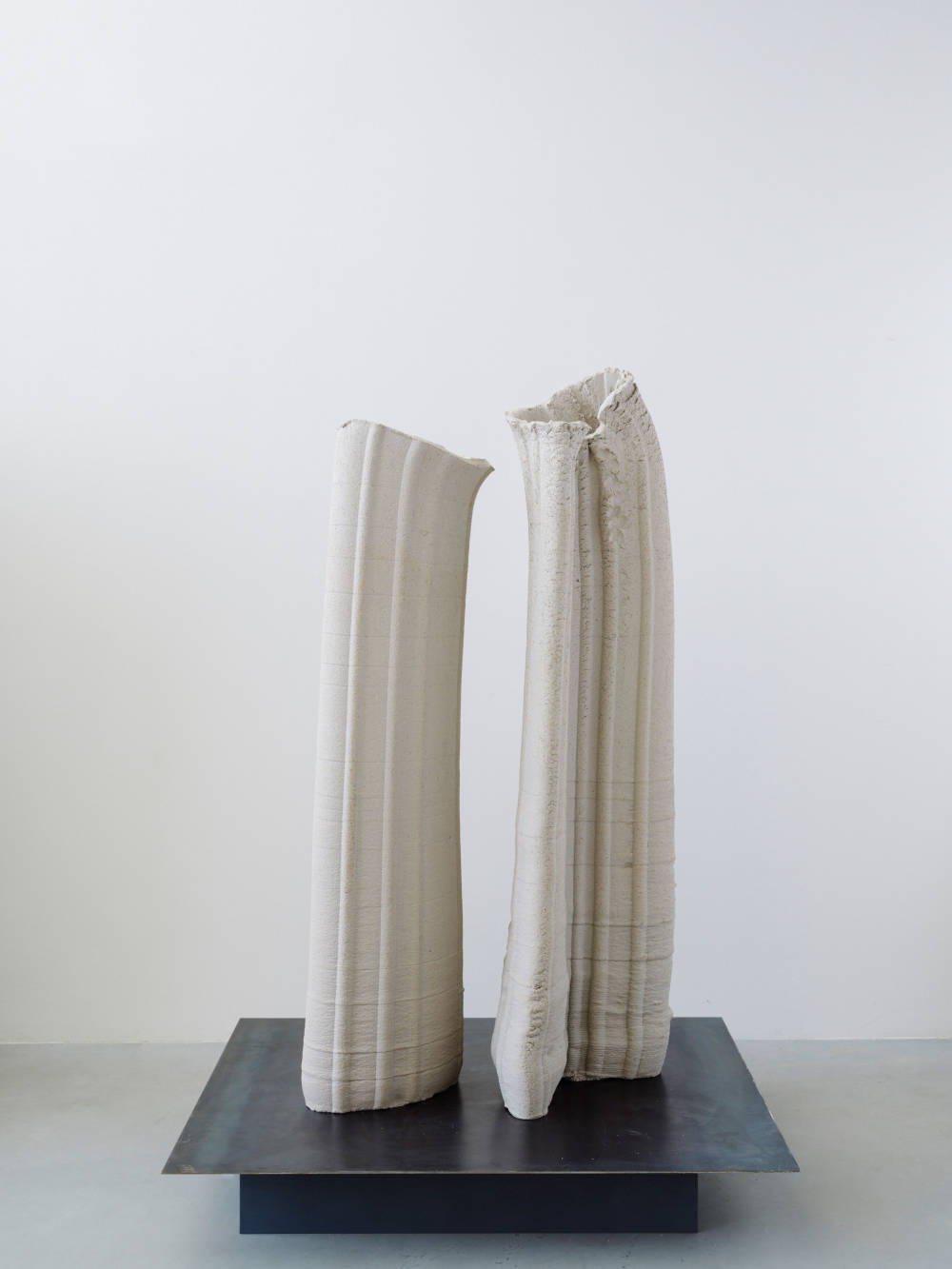 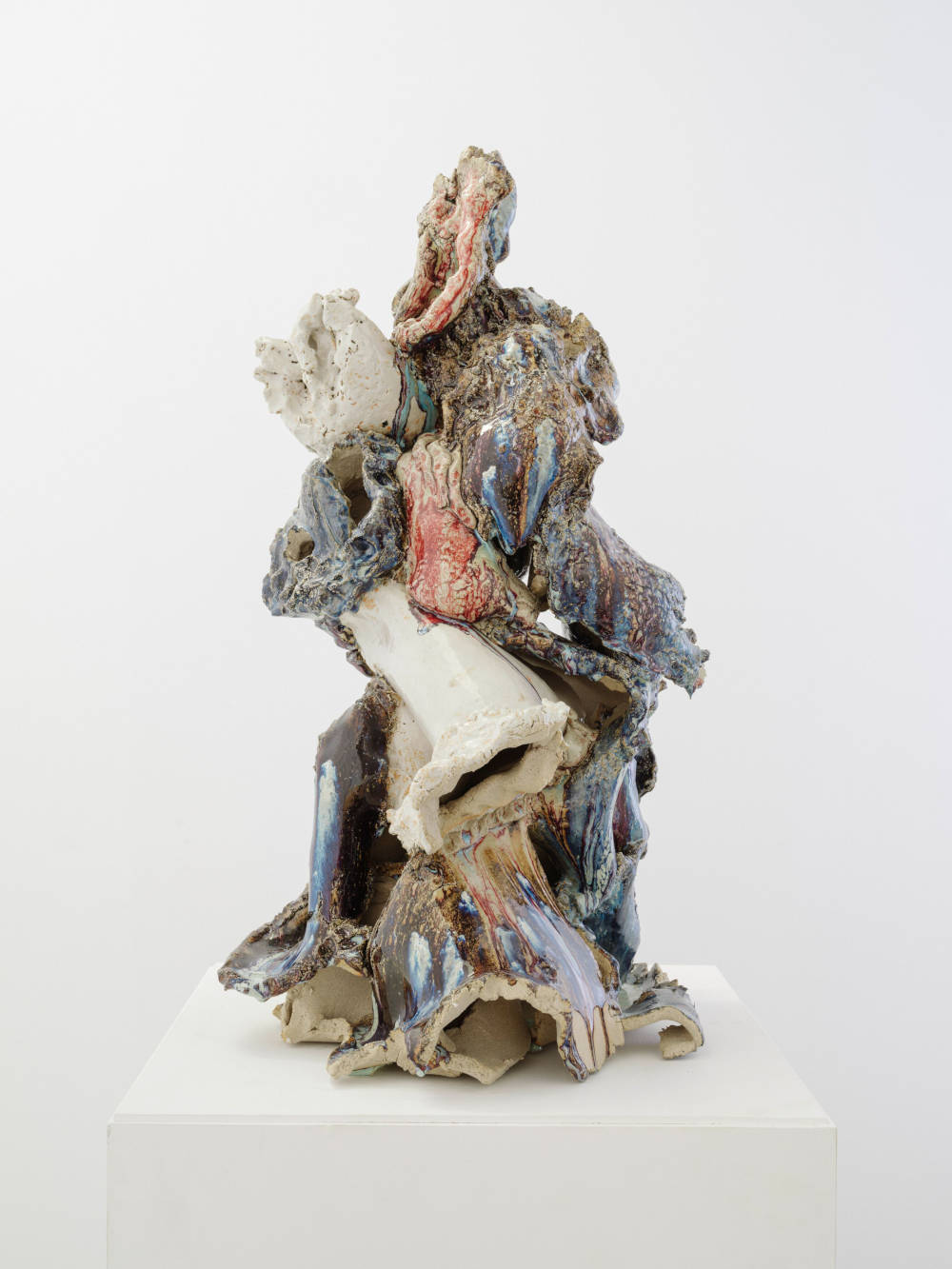 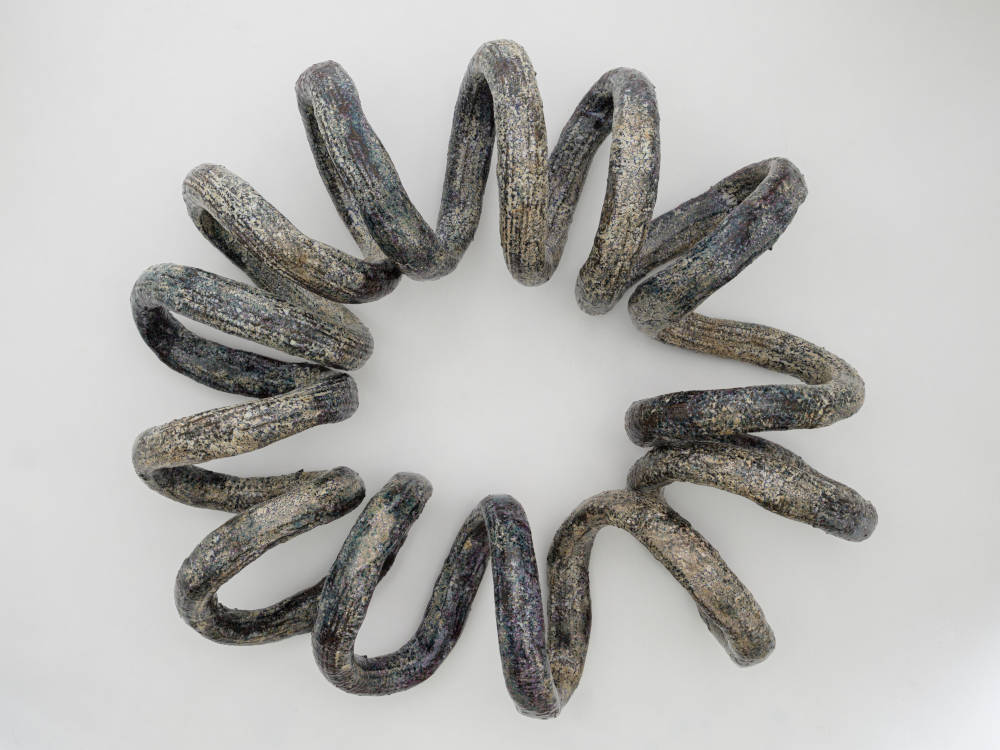 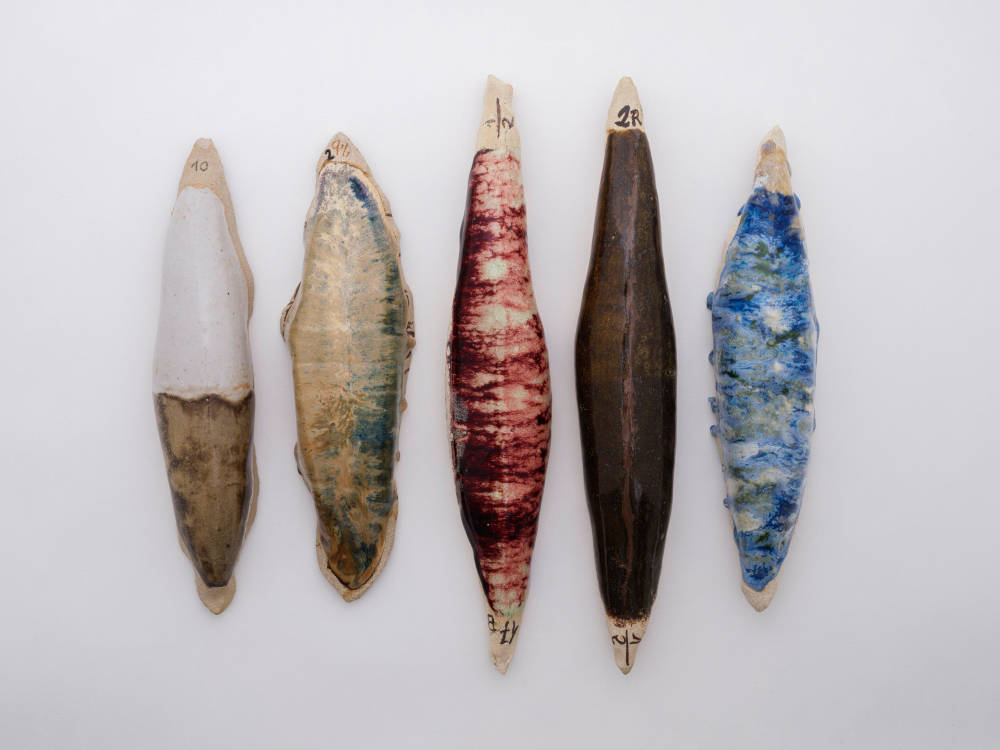 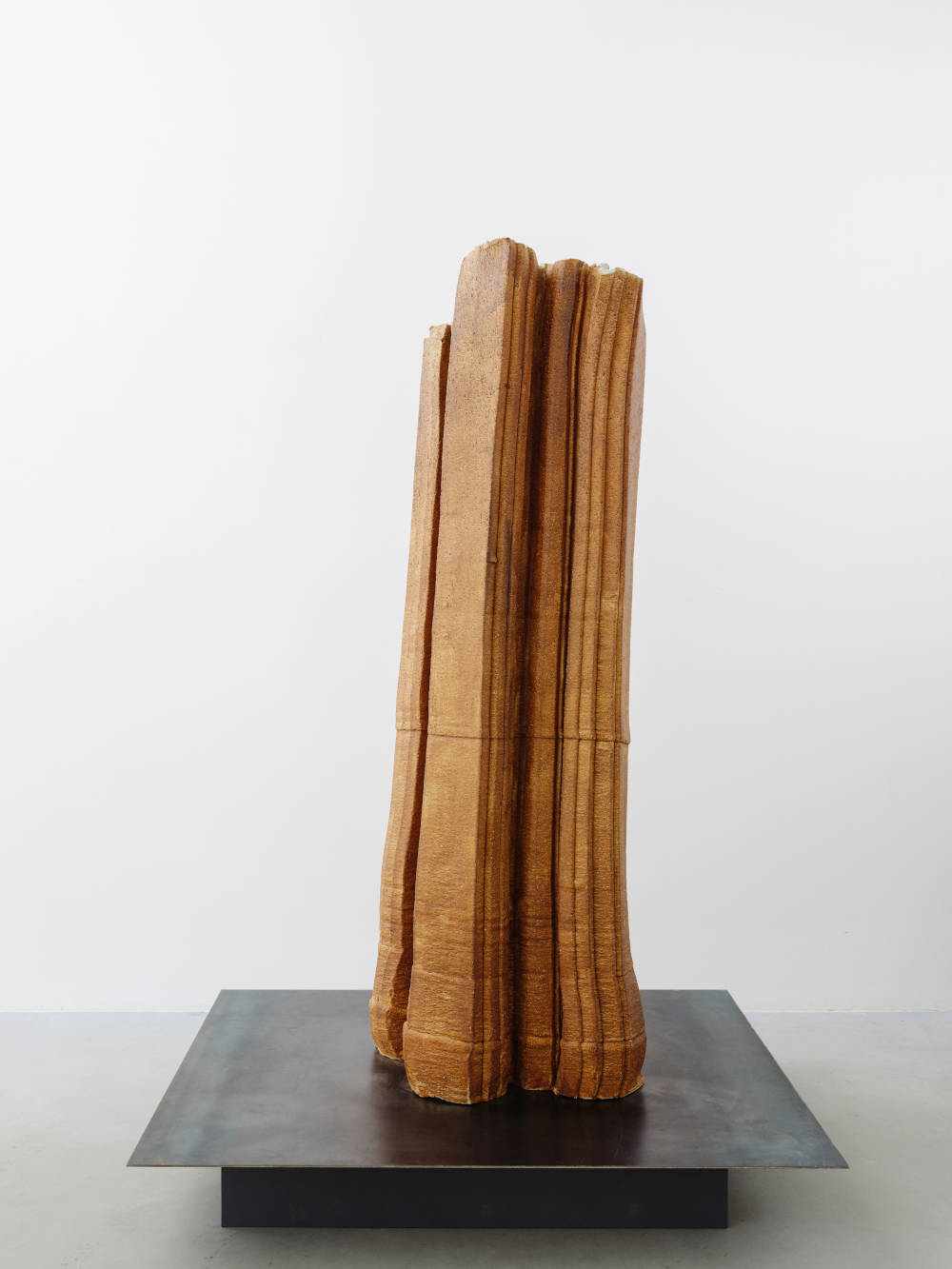 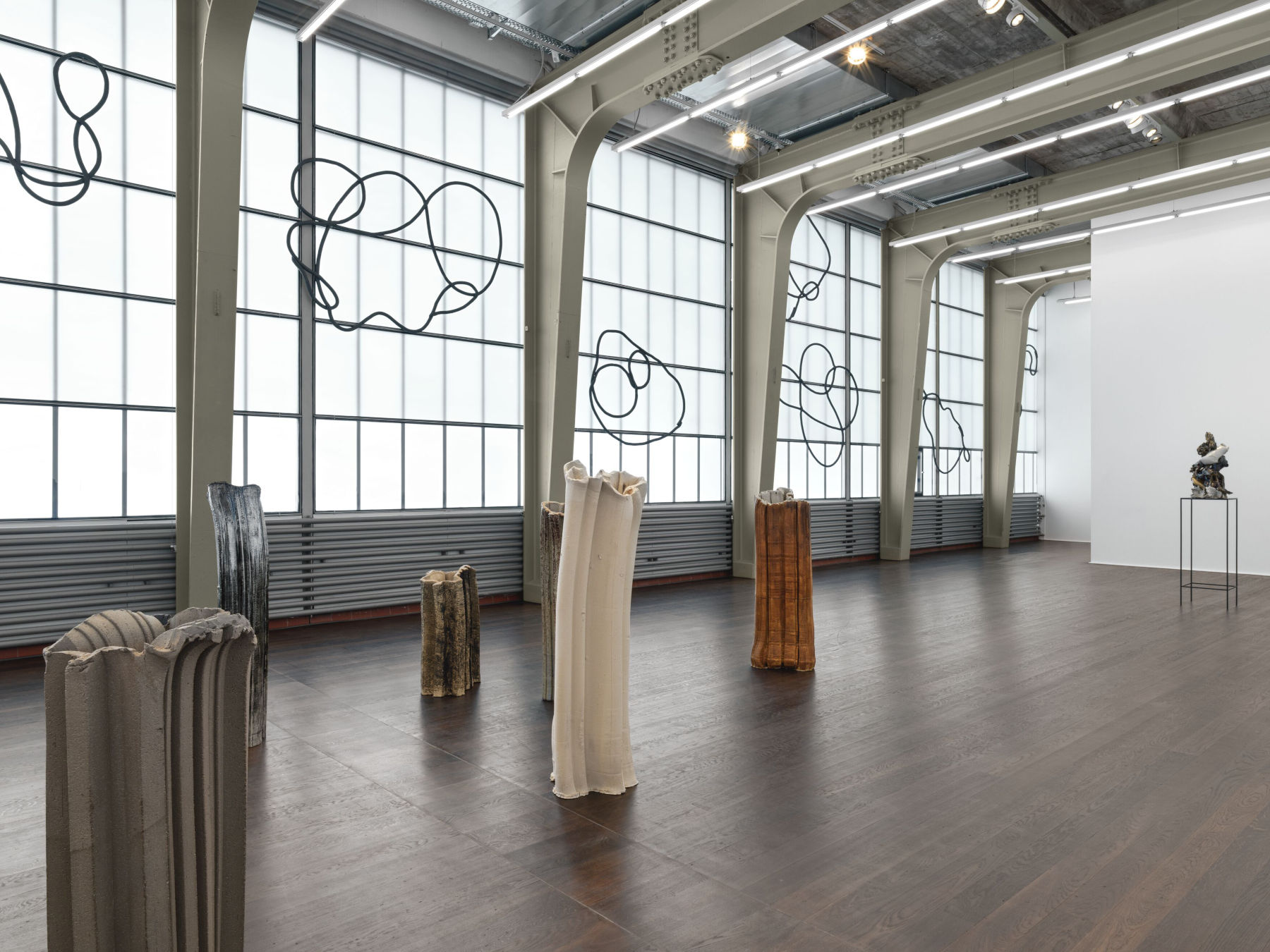 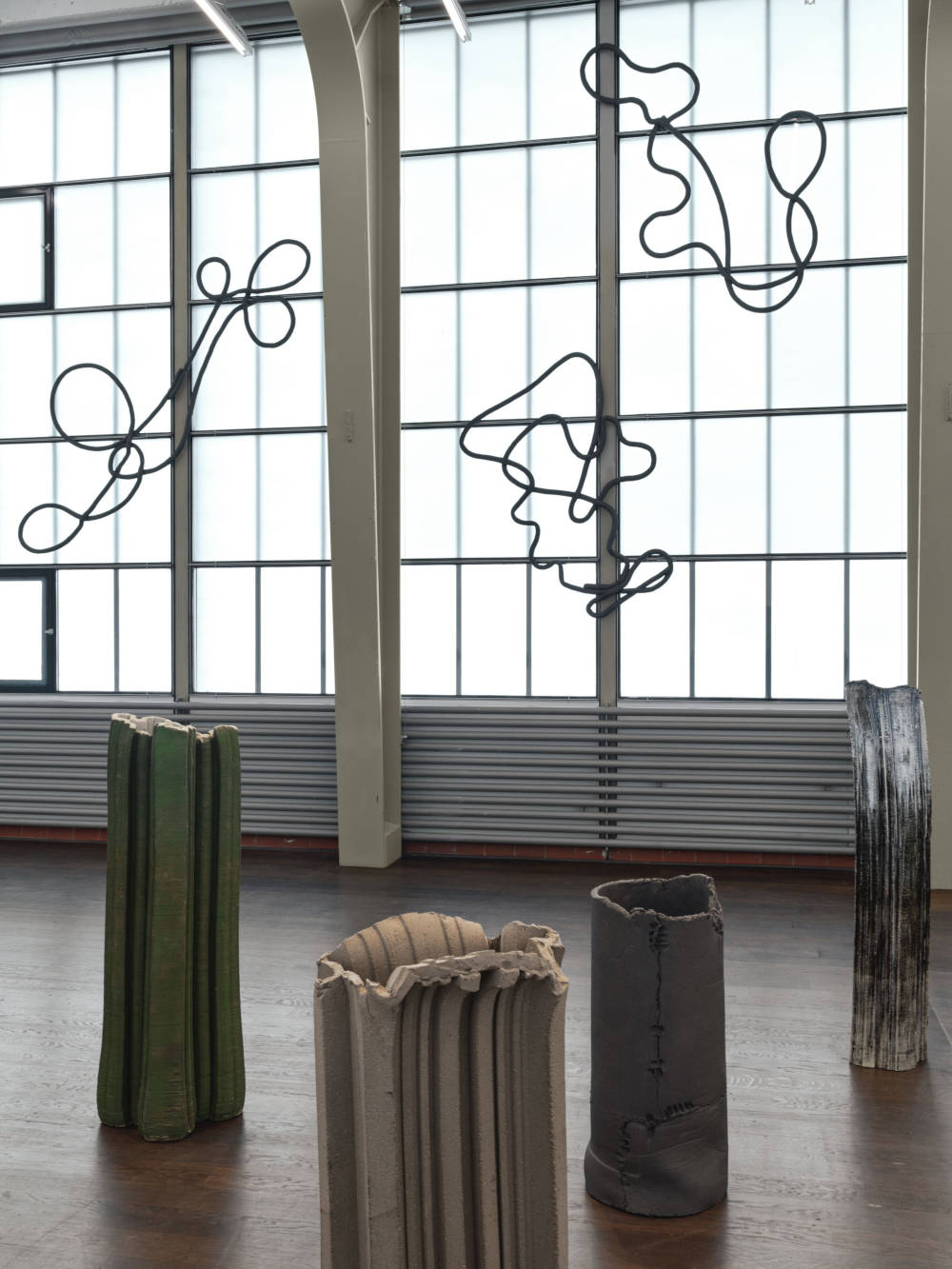 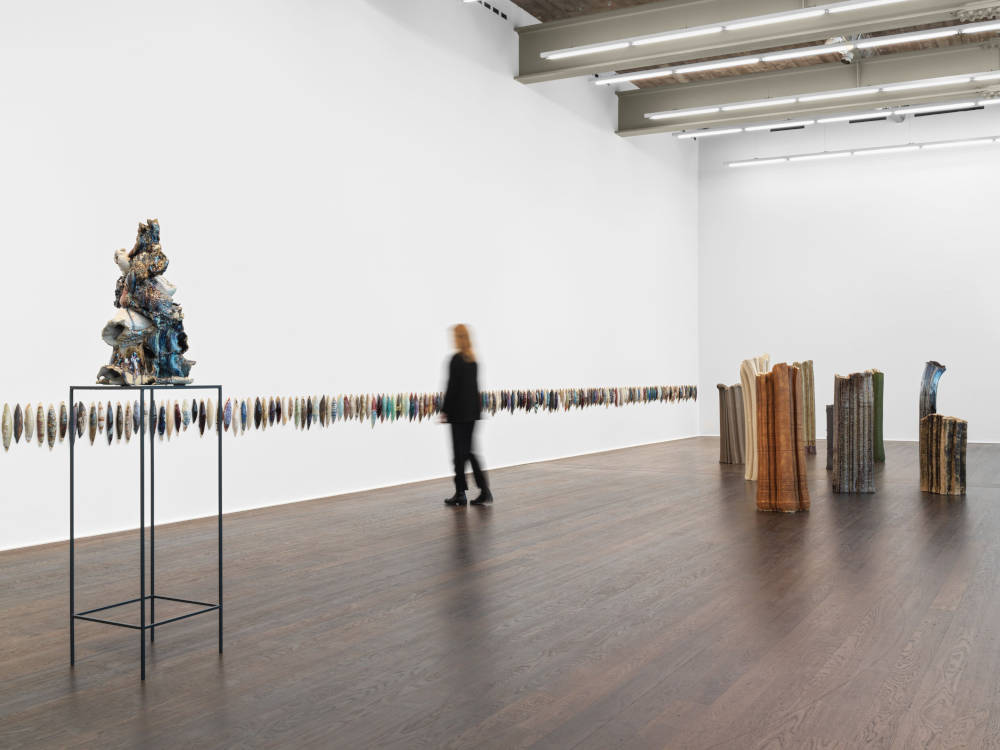 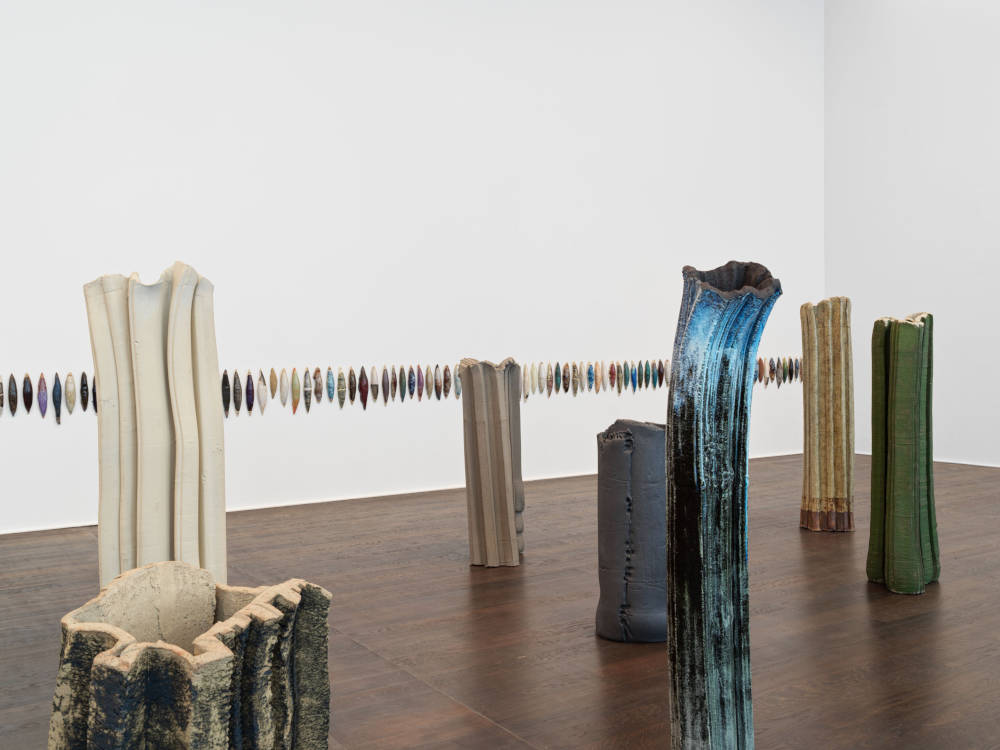 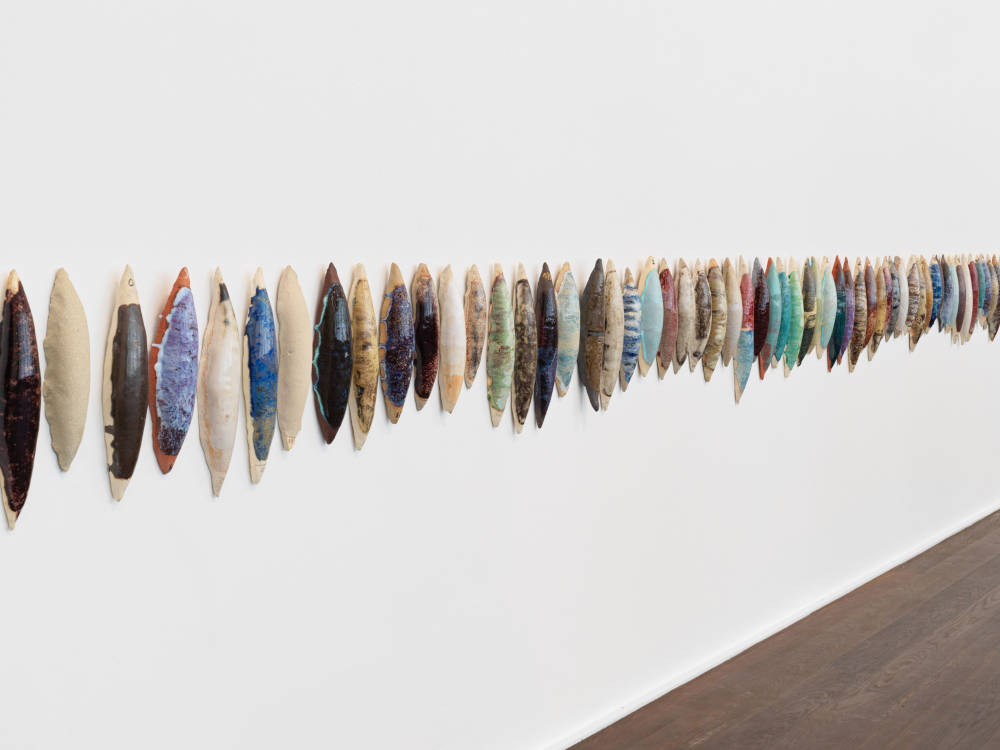 Rooted in process-based abstraction and the alchemic possibilities of the artist’s materials, the exhibited bodies of works represent a point of departure from previous ceramic sculptural pieces as the artist’s new aesthetic diverges from figuration.

Zink Yi is a multimedia artist par excellence. He works with film, installation, performance, sculpture, ceramics, and by extension (in the form of glazes and prints, for example) also with painting. This leads to completely new forms of expression and subjects, yet there is one invisible thread that unites his work: his interest in processes, origins, and the organic connections of things that are imbued with a sensual and intuitive component. Whether they are landscape photographs, jazz music, or ceramics, Zink Yi’s works are grounded in working with the hands—about the relationship of the body to the object and the spirit playing with fantasy.

This direct, resolute approach to materials stems from Zink Yi’s background. Born in Lima, Peru, in 1973, he grew up with his Chinese grandfather who ran a tannery and also had an impressive collection of Chinese ceramics at home, which was a source of great fascination for Zink Yi as a child. His other grandfather, who was originally from Germany, was a cooper who built his own furniture for his home. Zink Yi decided to go to Germany for his studies, and he first trained as a cook, before studying wood sculpture in Munich and visual arts in Berlin. Growing up in surroundings characterised by crafts and different cultures had an impact on Zink Yi’s conception of himself as an artist: not only is a certain amount of eclecticism inherent in his work, it is actually the fertile ground on which he constantly develops his work with patience, curiosity, and the pleasure of experimentation with forms, colours, and materials.

The current exhibition at Hauser & Wirth Zürich represents a completely new approach to this basic concept. The large kiln for ceramics in Zink Yi’s Berlin studio, allows him to create objects ranging from small to over life-size. With it he has created a series of playful, bowlike forms, made of dark stoneware, which he has positioned on the gallery’s large window façade. Titled Garabato, which translates as ‘scribble’ in Spanish, they have the appearance of indeterminable animals, beings, or plants that stand in stark contrast to the transparent surface, like abstract drawings on paper. While their sculptural character evokes the simple vocabulary of Post-Minimalism, their manual, crafted component is evident.

A group of steles made of fired stoneware of various colours, on the other hand, confronts viewers with a sort of mild Minimalism, even inside at eyelevel. Their forms derive from the floorplans of high-rise buildings in Hong Kong. Imperfections that are part of the firing process give an anthropomorphic touch to the sculptures, if not an uncanny presence. This impression is supported by the diversely glazed ceramics that are composed of small fragments of clay. In their expressive, organic forms and bright colours they seem much freer and more figural—like spirits whose bodies are captured in movement. Both work groups exude something open, raw, and consciously unfinished: the ‘spirits’ reveal traces of the naked clay, and the ‘high-rises’ with their porous surface structures and crooked forms could just as well still be damp. A multitude of smaller, longer, and colourfully glazed sculptures (All My Colours) complete this interplay: placed in rows on the wall, they form an abstract, serially arranged relief, while being simultaneously reminiscent of samples of materials or glazes, or simply of fish, slugs, or other sea creatures.

Zink Yi’s sense of the dialogue between abstraction and narrative, Minimalism and craftsmanship, emotion and conception, and his treatment of material, form, colour, and space are reflected in the printed silk fabrics whose colourful patterns are photographic details taken from the ceramics.

The ensemble that Zink Yi has composed for this exhibition is enigmatic: each individual part conveys a tone that contributes to the collective sound of this maritime, minimalistic fabric of associations. The chance that contributed to the forms of the objects leaves the character of their interplay undefined. Composition is not something that Zink Yi can determine ahead of time. Like a jazz musician, he coaxes possibilities from the materials—as he teases the power of imagination from thoughts.