Hauser & Wirth Somerset presents ‘David Smith. Field Work’, its debut solo exhibition by the eminent American artist. The exhibition has been conceived as four chapters of work spanning over three decades (from 1933 to 1964) that aim to demonstrate Smith’s diverse visual language and multifaceted creative process. 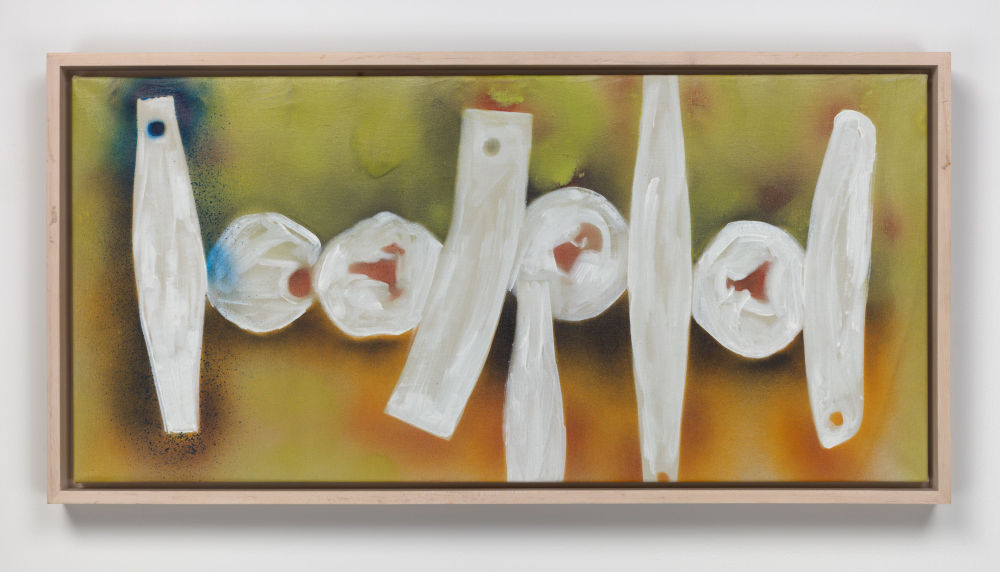 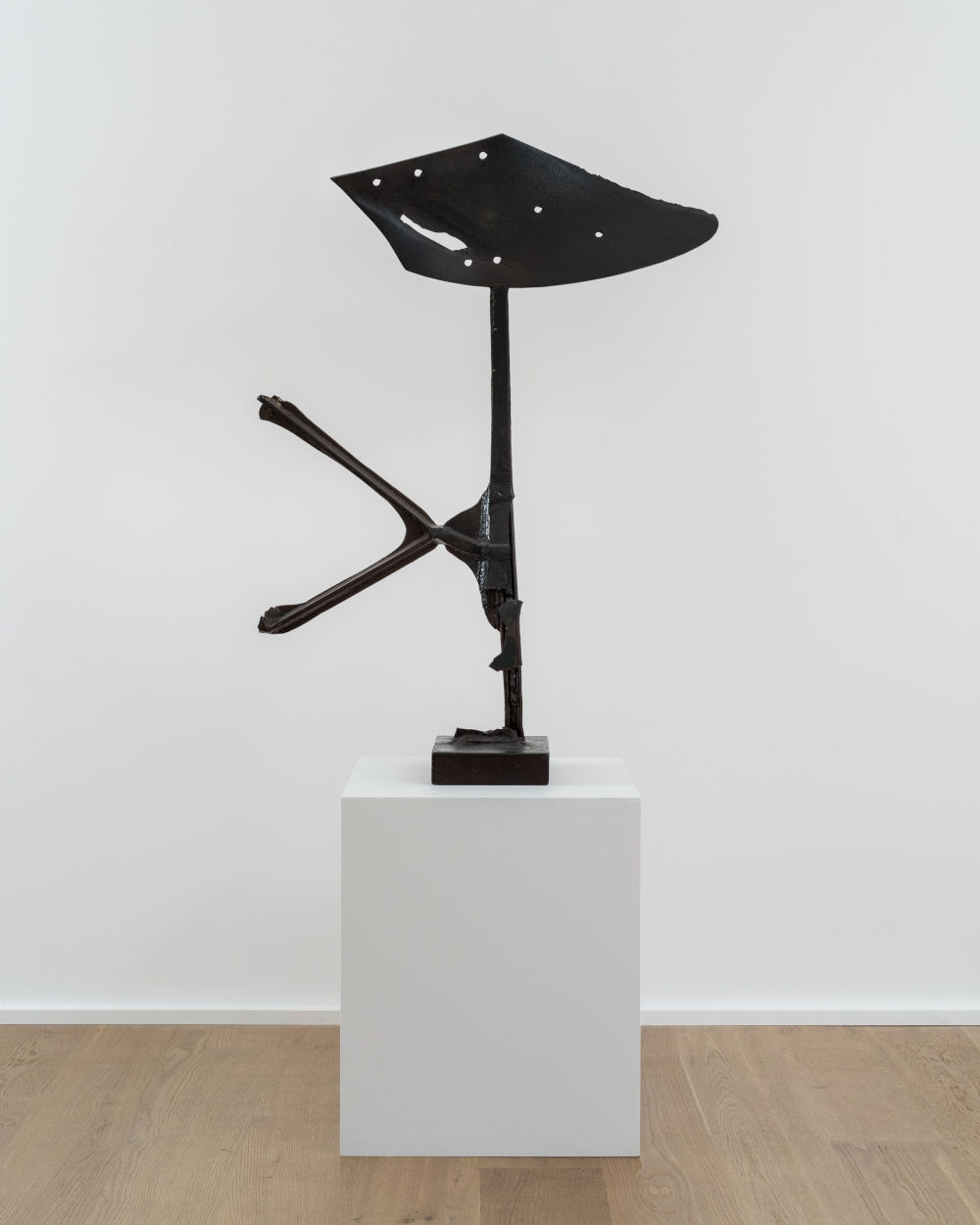 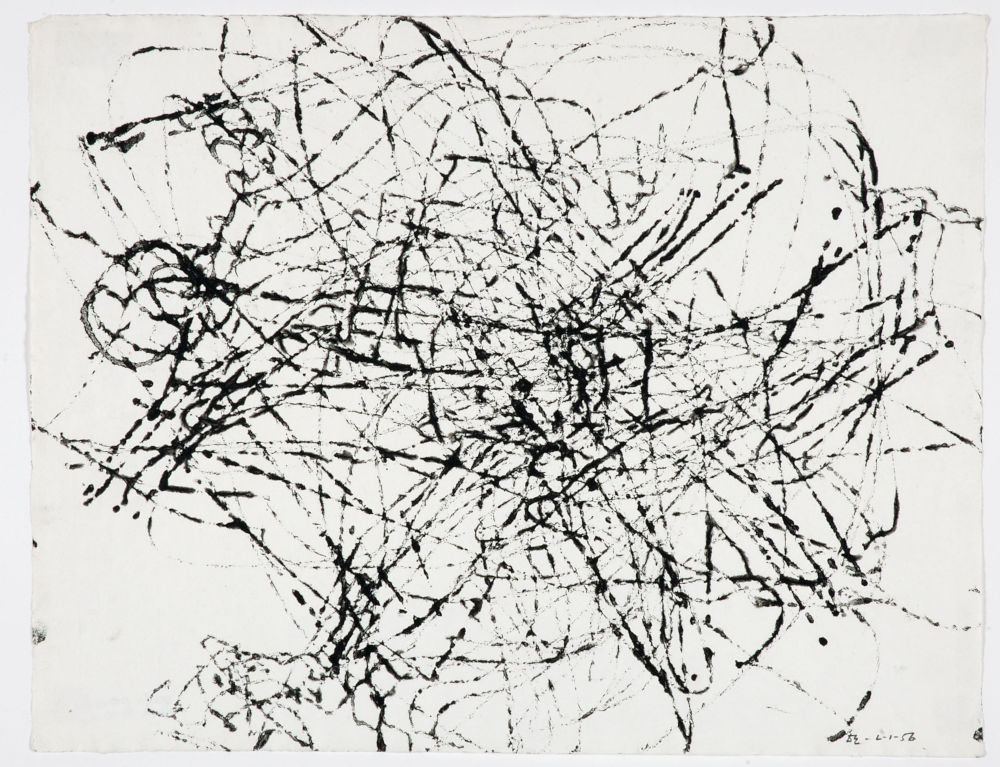 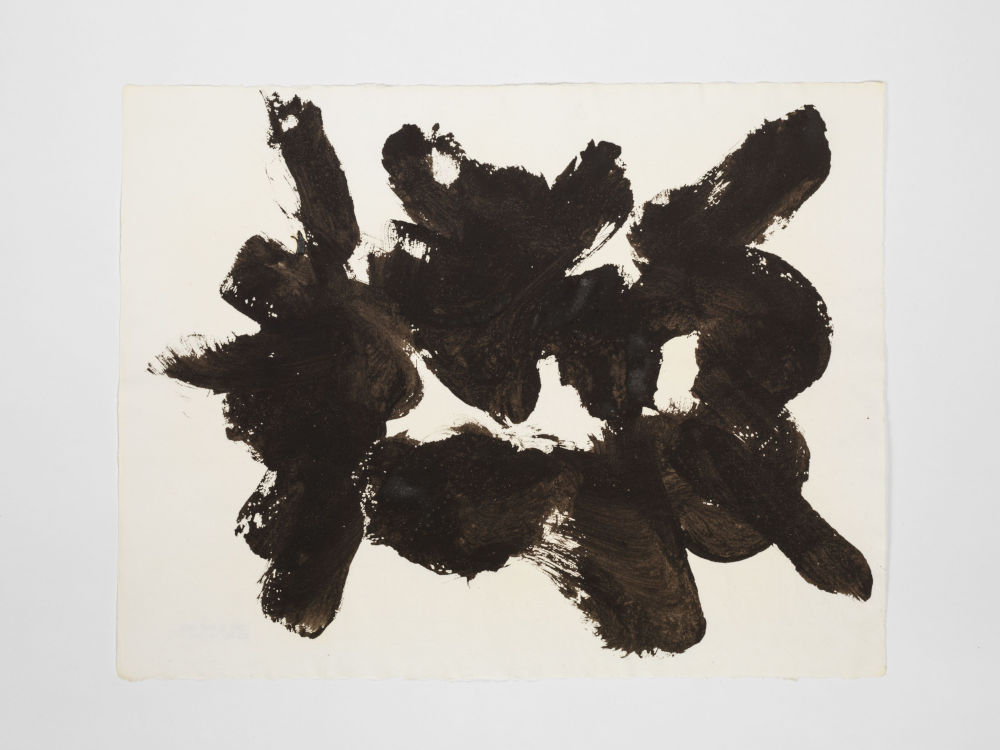 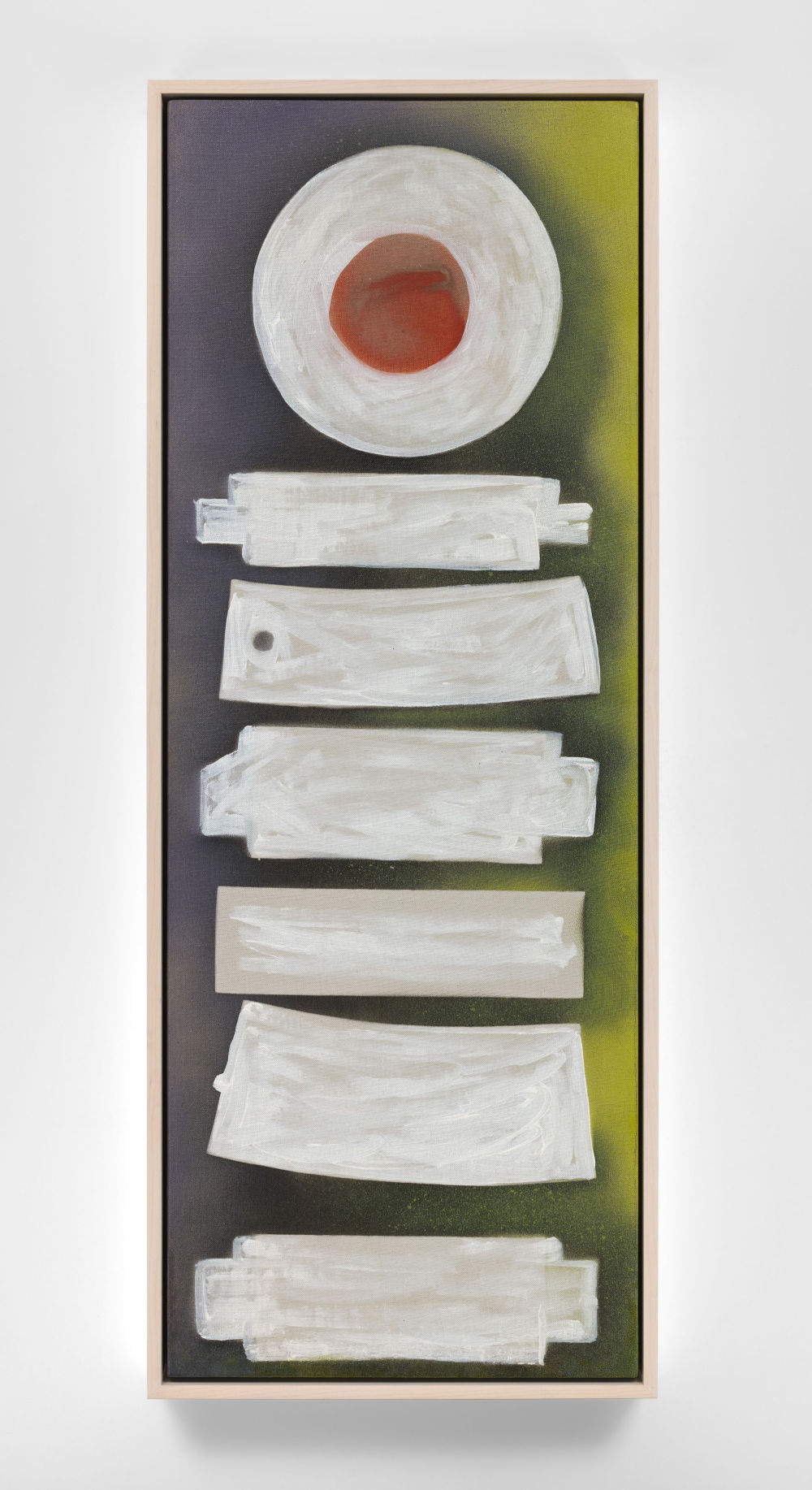 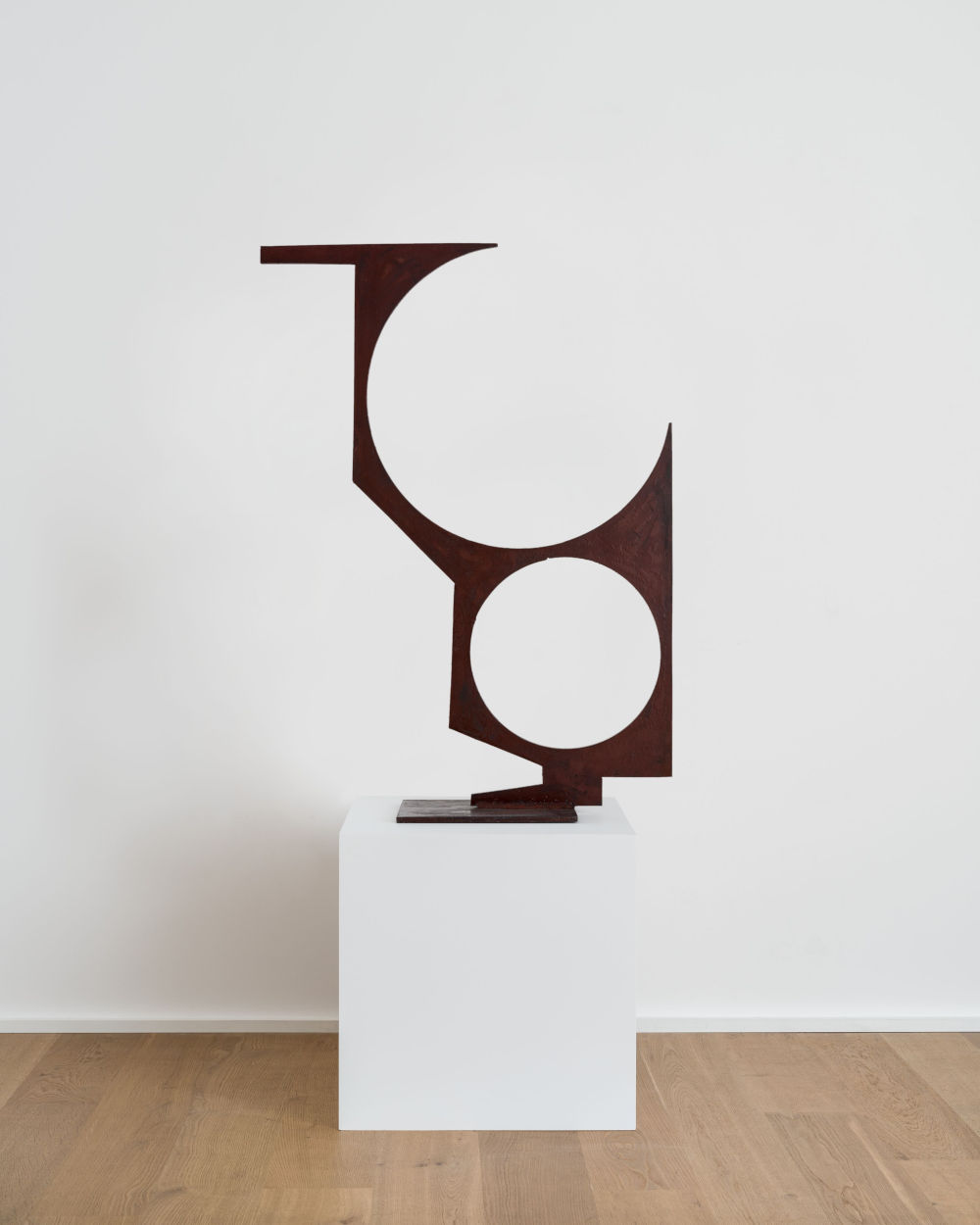 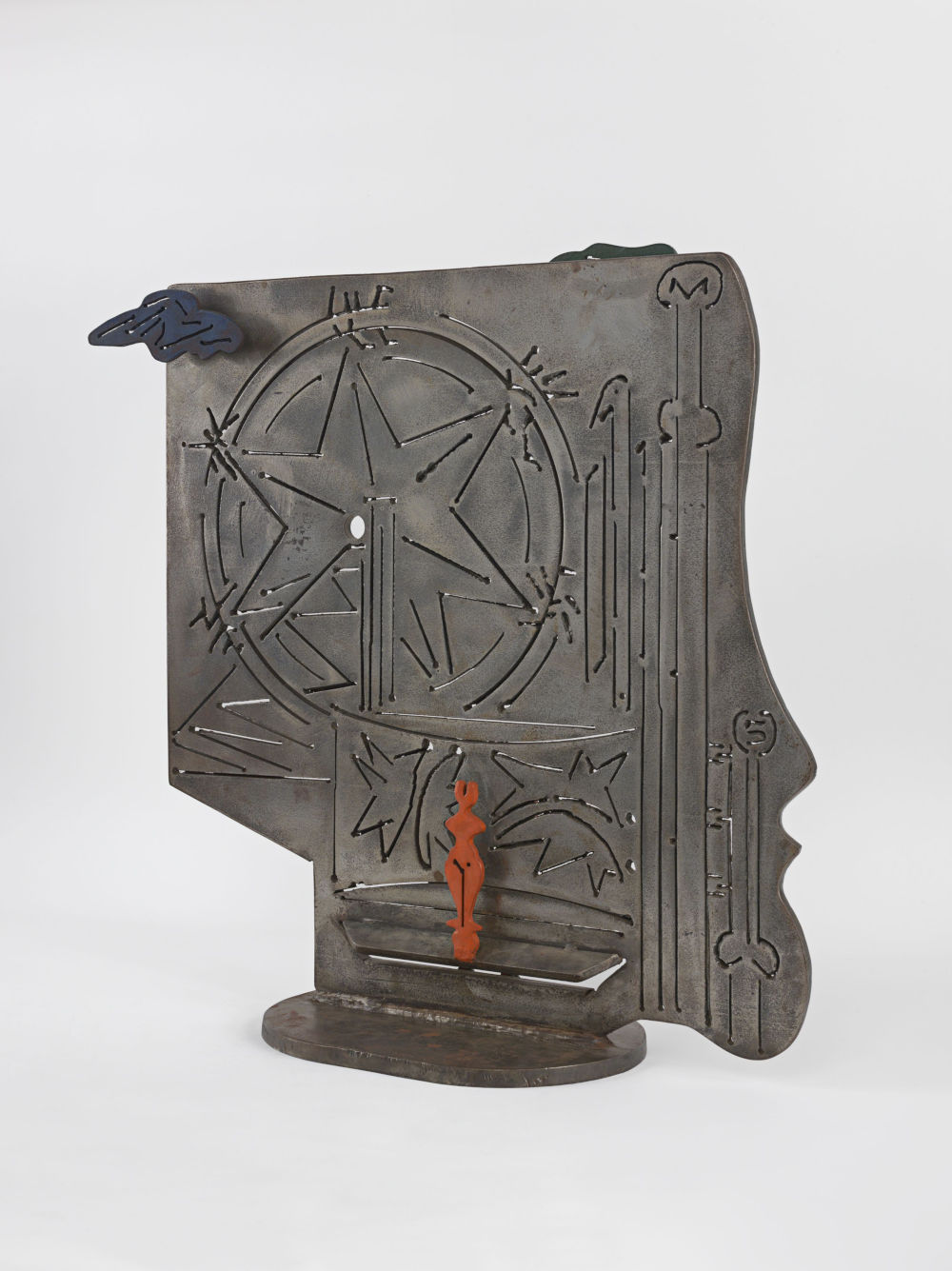 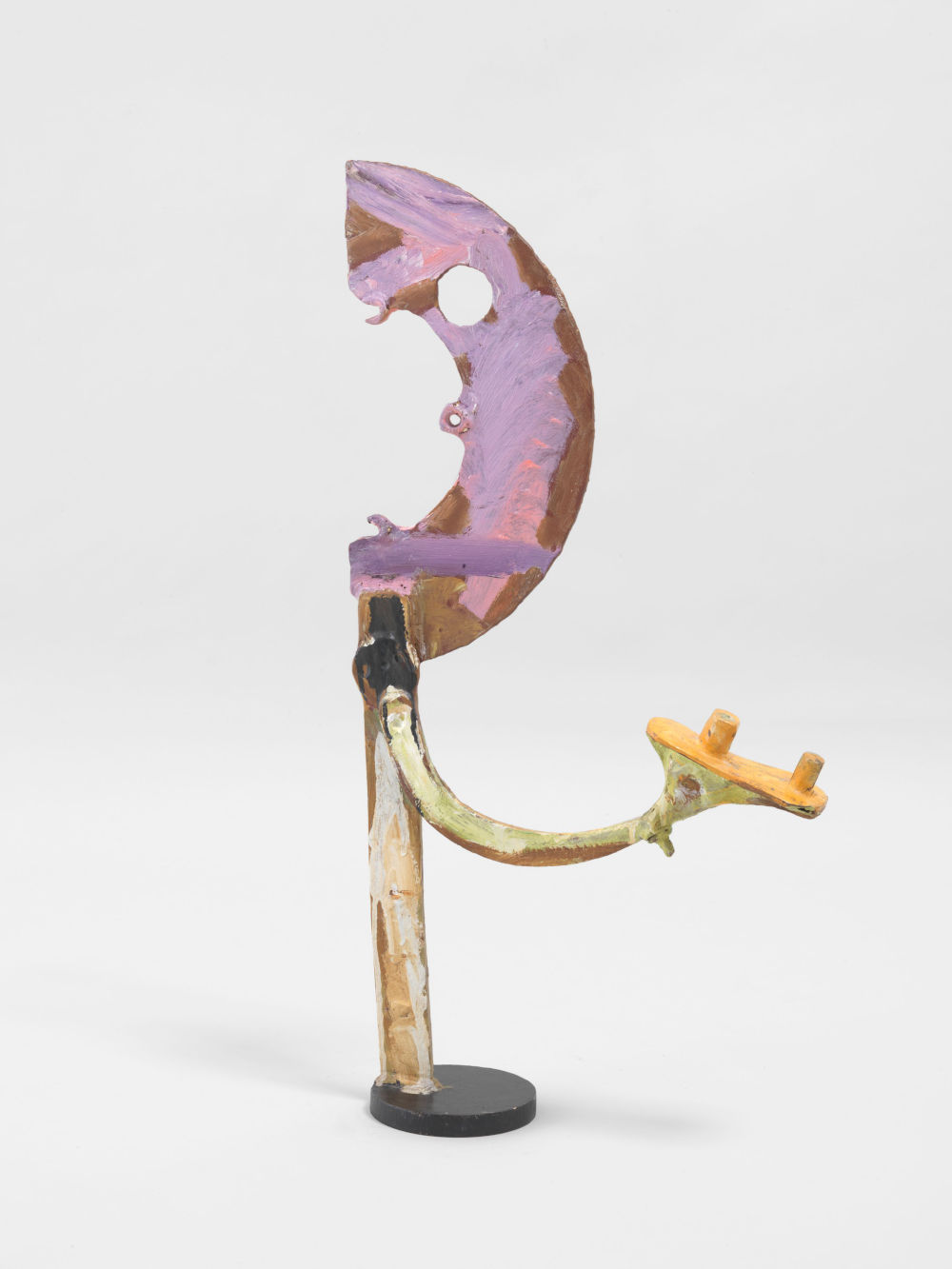 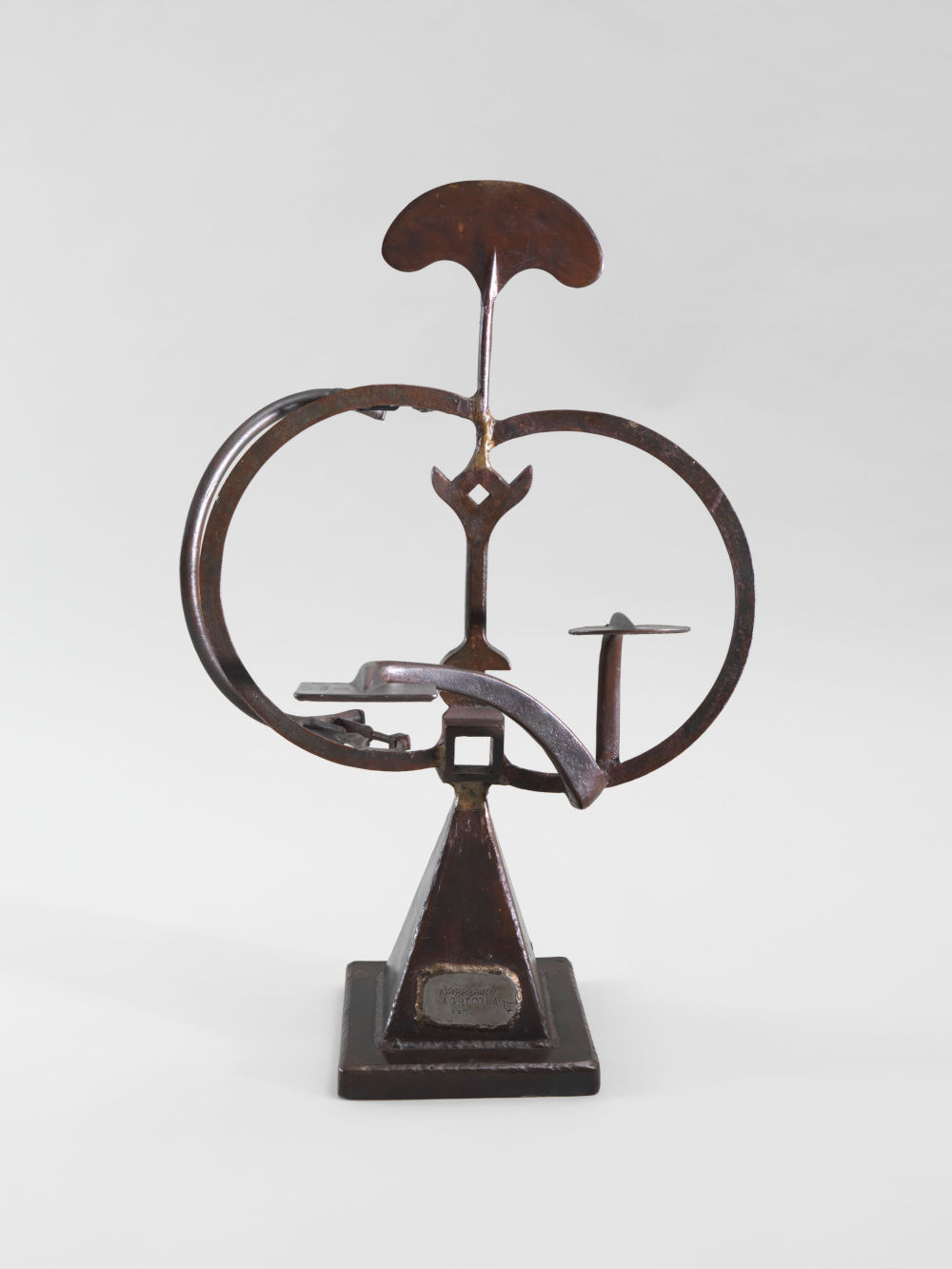 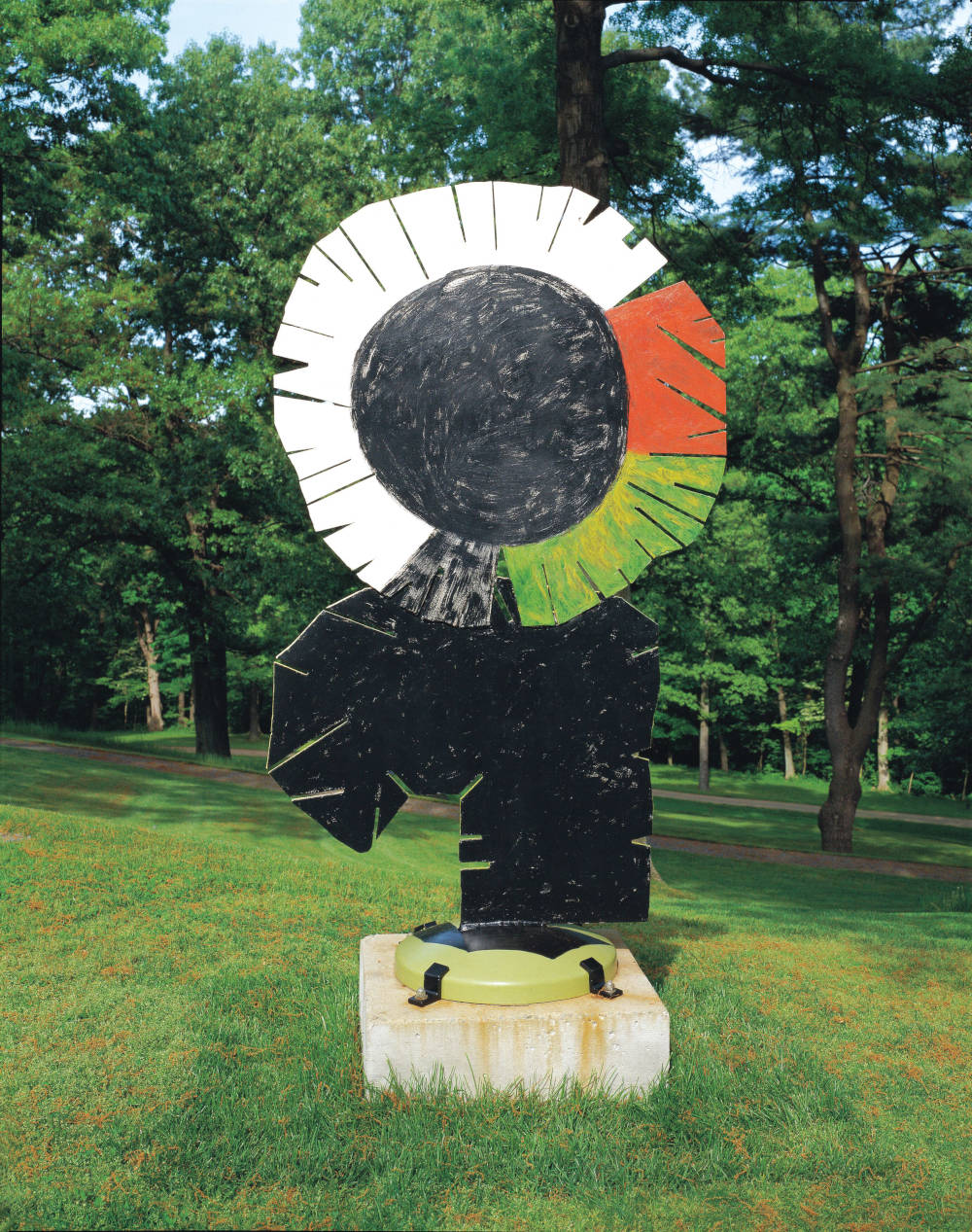 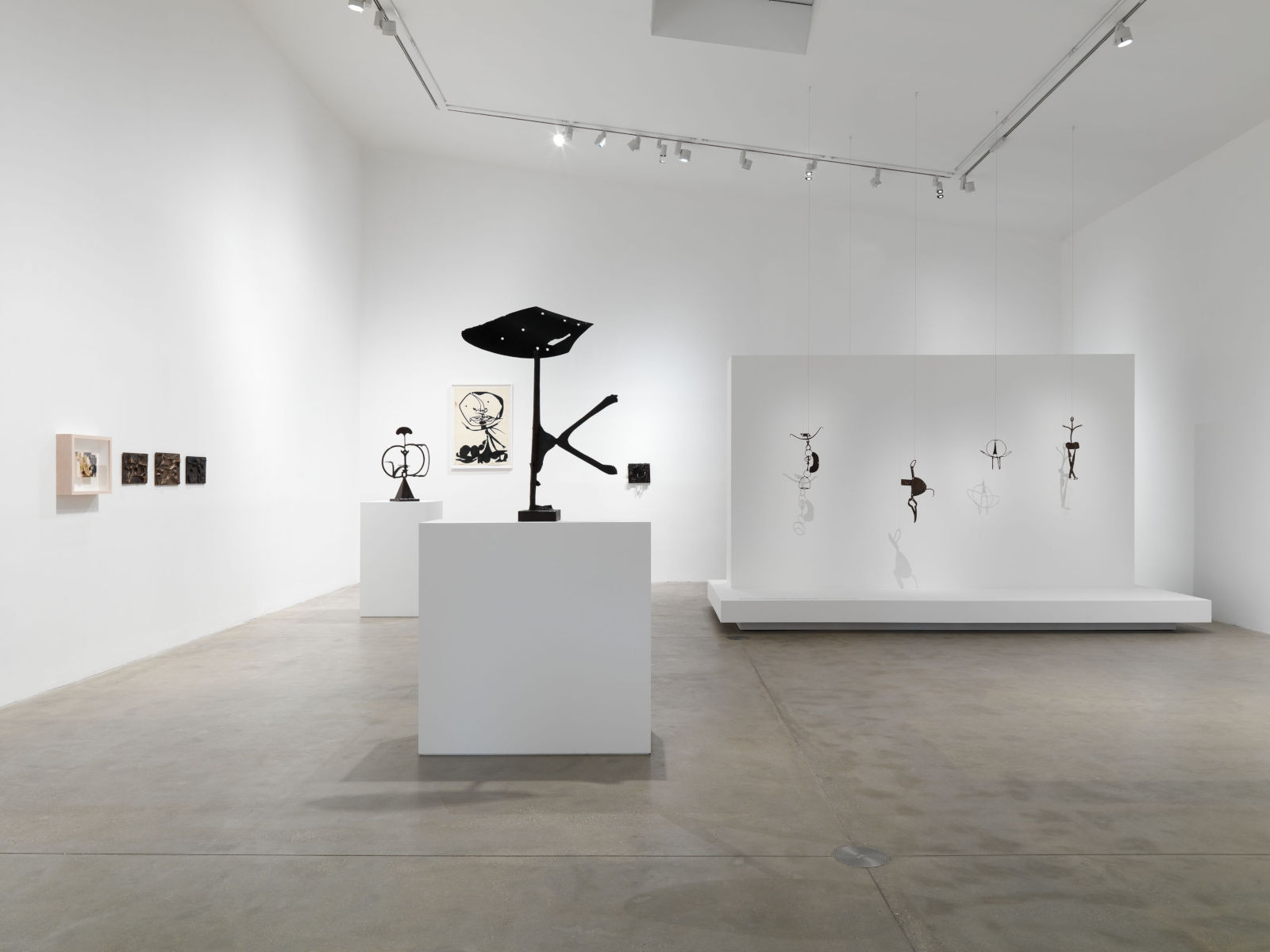 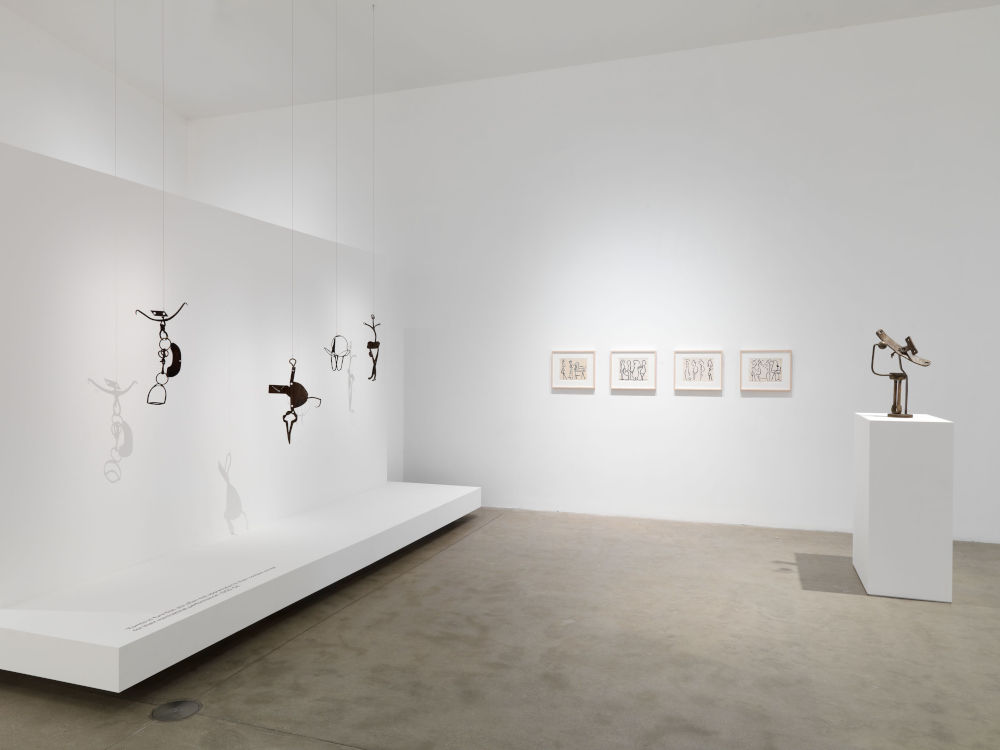 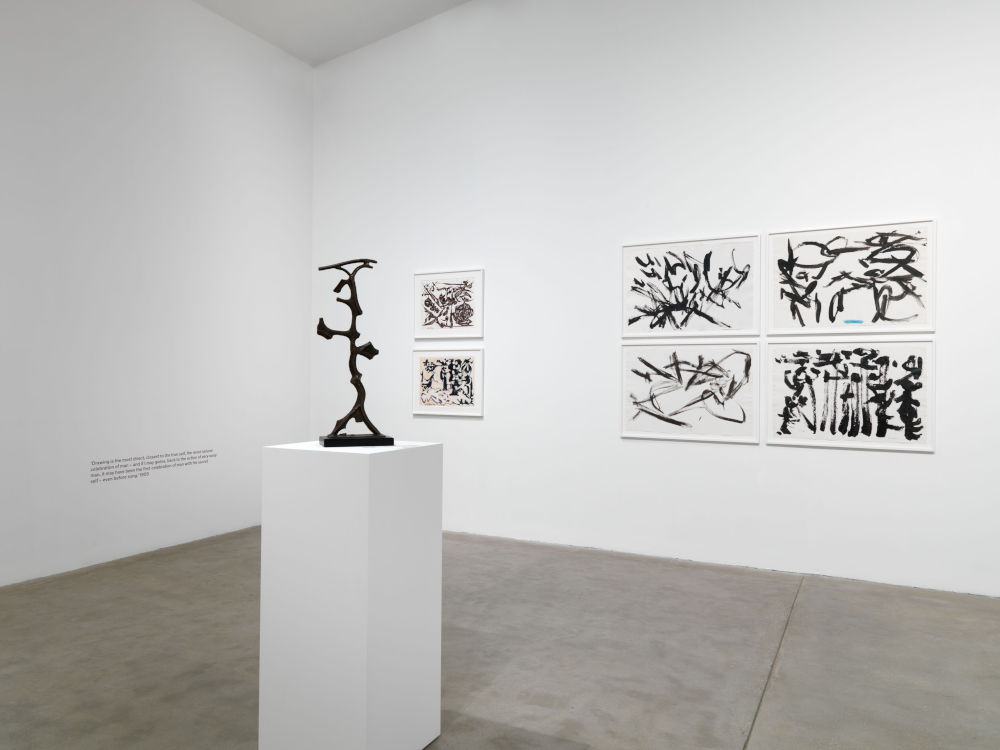 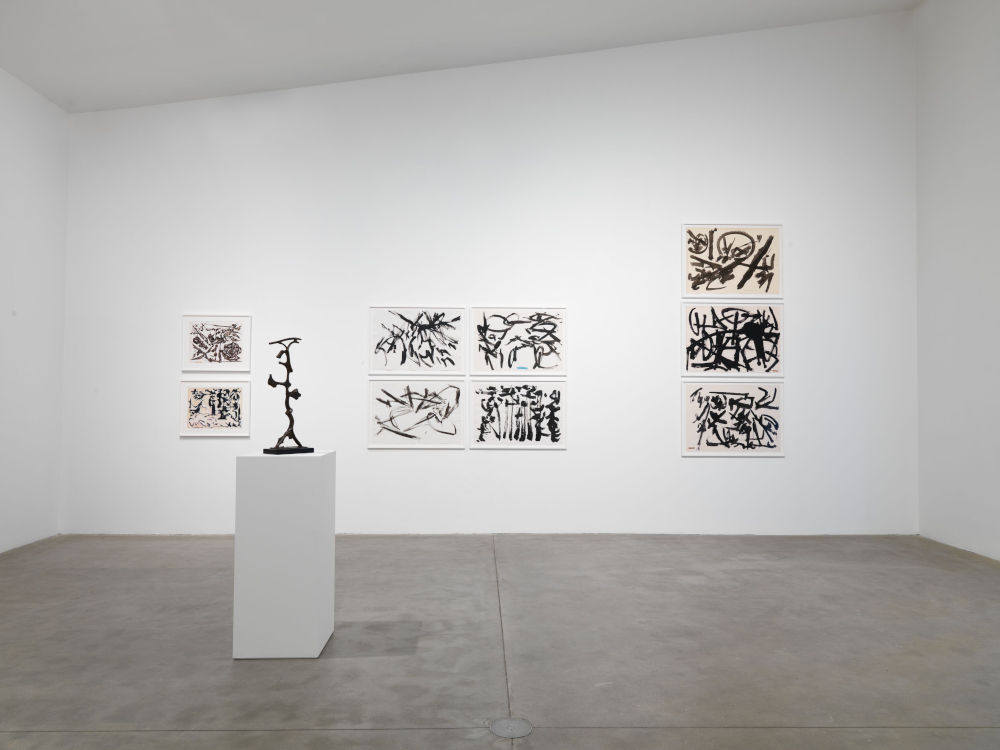 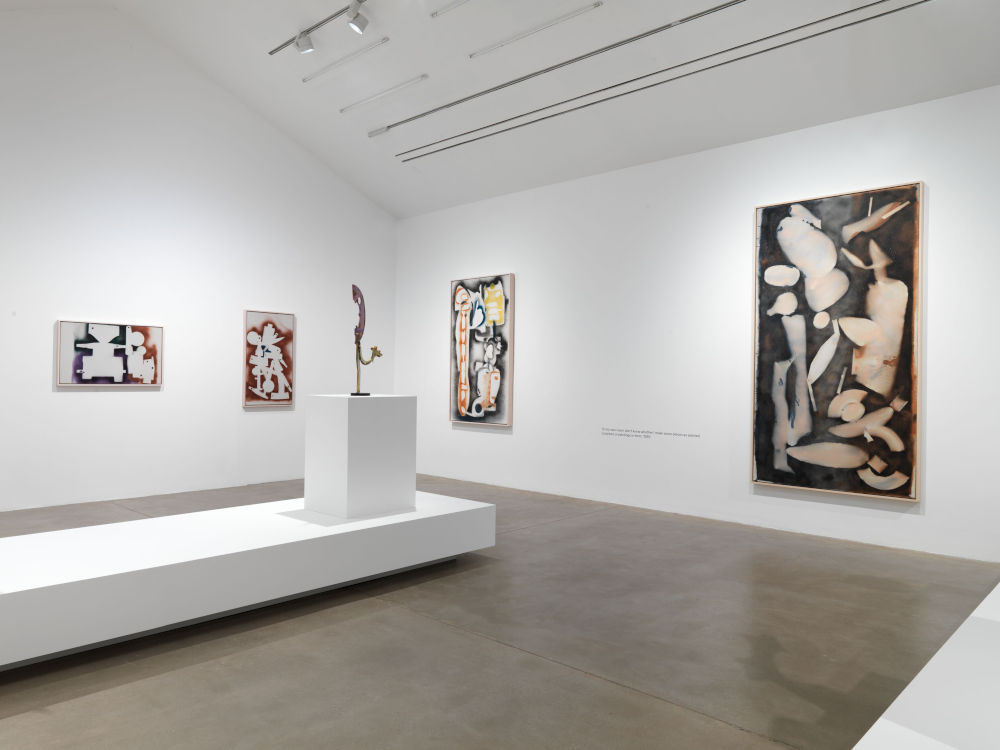 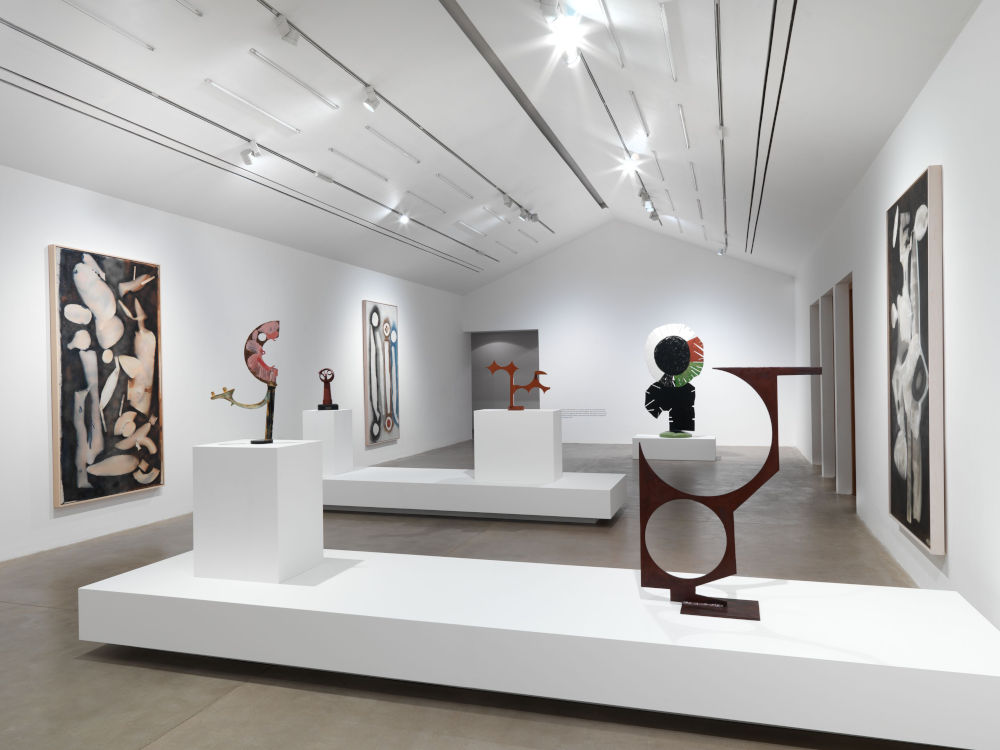 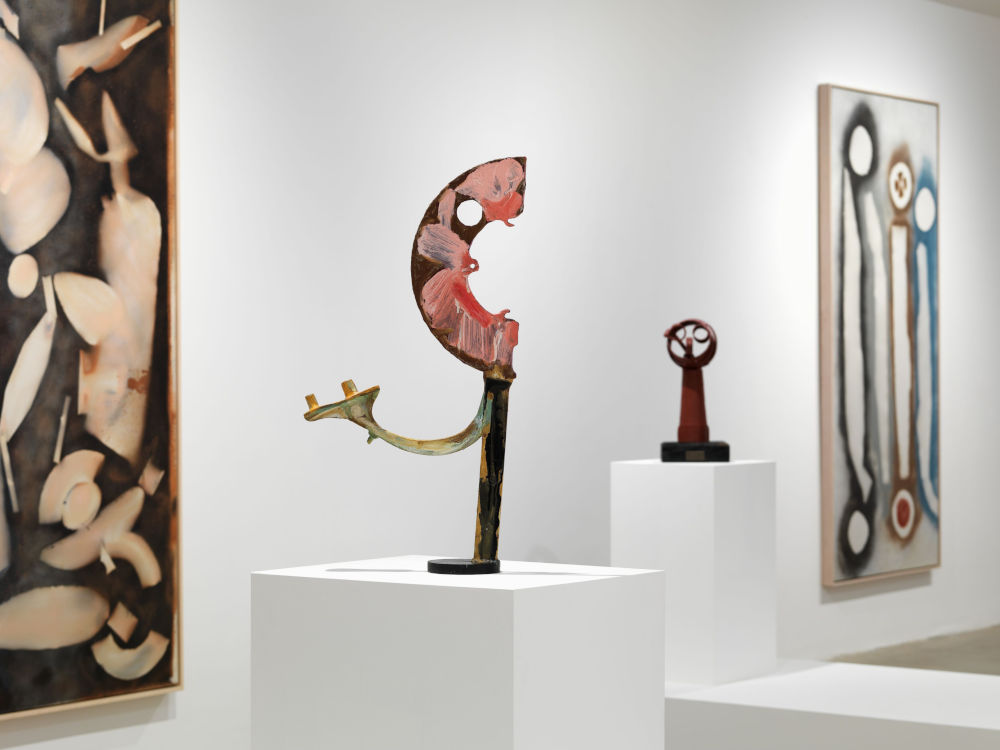 Curated by the artist’s daughters Rebecca and Candida Smith, co-presidents of the David Smith Estate, the exhibition situates itself between the drawn image and sculpted form to investigate the relationship between the two parallel practices. For Smith, drawing was a natural form of expression, often produced alongside sculpture making and he would intuitively switch back and forth as a crucible for thought and innovation.

‘We are thrilled to see our late father’s work in Somerset, the rural setting is reminiscent of the rolling hay fields around his studio. He wanted his sculptures to be experienced in nature, in changing light, weather and seasons. In the morning he walked down the driveway to the ‘shop’ which is what he called his studio; at night he worked on drawings in the house. From our bedroom my sister and I would hear the particular rattle of his spray cans as he made drawings to jazz records. I see in these works a great sense of what I knew of my father – his love of making and constructing form’—Rebecca Smith, June 2019

Included in the exhibition is a selection of works from the artist’s Agricola series made during the early 1950s. Smith found a great fascination in the aesthetics of the land, of tractor parts, agricultural equipment and the relationship between mankind and the earth. He challenged sculptural conventions and was the first artist in America to work with welded metal, becoming known for his mastery of steel. These joyous almost folkloric forms were imbued with childhood memories growing up in the Midwest and his artistic life later in Bolton Landing, NY, USA.

‘Our father made sculpture in the rural mountain town of Bolton Landing, NY where he installed his largest work within the landscape. Neighbours brought him old tools and farm equipment that they found hidden in old barns or under the dirt for my father. A tractor seat might become a pelvis or cogs become eyes. This interplay can be monumental in feeling. He left Brooklyn for Bolton Landing in part because his identity as an artist required the open space to inhabit and express itself. We hope that visitors can identify with this love of space to think.’ Candida Smith, June 2019

During the late 1950s Smith employed bronze relief to further push out the picture plane into the third dimension. He built a topology of animal bones, carved wood and stones to create a scene that was then cast in bronze. The tablets become pictorial, as if modern day hieroglyphics of past events held in stasis. Often titled in reference to their material origins – ‘Bone Up’ (1956 – 57), ‘Skull and Tree’, (1956 – 57) – these works shared themes of conflict, war and protest, as if commemorating the moments between life and death. Inspired by Sumerian seals and Greek coins, the reliefs suggest undefined crowds of figures, groupings that march against the sky, predicting the lines of sculptures that would later parade in the open landscape.

Smith’s most significant contribution to art history is often cited as his ability to draw in space – that is, to redefine the role of sculpture as an all-round, 360-degree experience, where the drawn line is now held in three dimensions. The viewer circumnavigates the object as if a pre-cursor to virtual reality, where we can now walk within the pyramids of Egypt without leaving our sofa. As seen in ‘Steel Drawing II’ (1945), Smith’s fascination with ideas of the night sky and mapmaking can be seen in the cuts he makes into the plane of metal. Drawing on notions of brain activity, we can see a stylised interpretation of notations of thought.

Drawn at the scale of his body, a further set of drawings take on ‘physical mentations’ of motion, dance and jazz. He was influenced by the Zen writings of John Cage and the improvisation of contemporary dance, creating at speed and with a compulsion to construct raw forms in response to sensory experience and vast geological forces.

Painting and drawing remained integral to Smith’s creative output throughout his career. Smith would construct and weld piece-by-piece, building his sculptural forms step-by-step. As the sparks from the welding torch flew across the studio and across the piece awaiting their turn, Smith saw the ghost of these parts in the burnt studio floor and saw potential. With the advent of the aerosol in the mid-1950s Smith found an industrial technique for applying paint that he could make his own. As his awareness grew, so did the composition of his spray paintings and spray drawings, incorporating form in colour. For Smith the two mediums were conceptually continuous and evolving.

Contrary to the zeitgeist of the time Smith saw colour and paint as intrinsic to how his sculpture should be understood. Where sculpture was seen as the new high priest of honesty to materiality, Smith gave gestural brush strokes of paint to industrial forms and figurative monuments to a new sense of radicalism. This can be seen in the found objects used to construct ‘Untitled’, (1958 – 59), daubed in bold pinks and pretty yellows the agricultural materials become almost childlike forms of fun. Latterly in ‘Rebecca Circle’, (1961) which stands like a seven feet tall sunflower, a monument to fatherhood painted in blocks of bold primary colour.

© 2019 The Estate of David Smith / Licensed by VAGA at Artists Rights Society (ARS), NY. Courtesy of the artist and Hauser & Wirth