Steve Turner presents Walk the Air, a solo exhibition by New York-based David Shrobe that features new assemblage paintings that were made in the last several months. 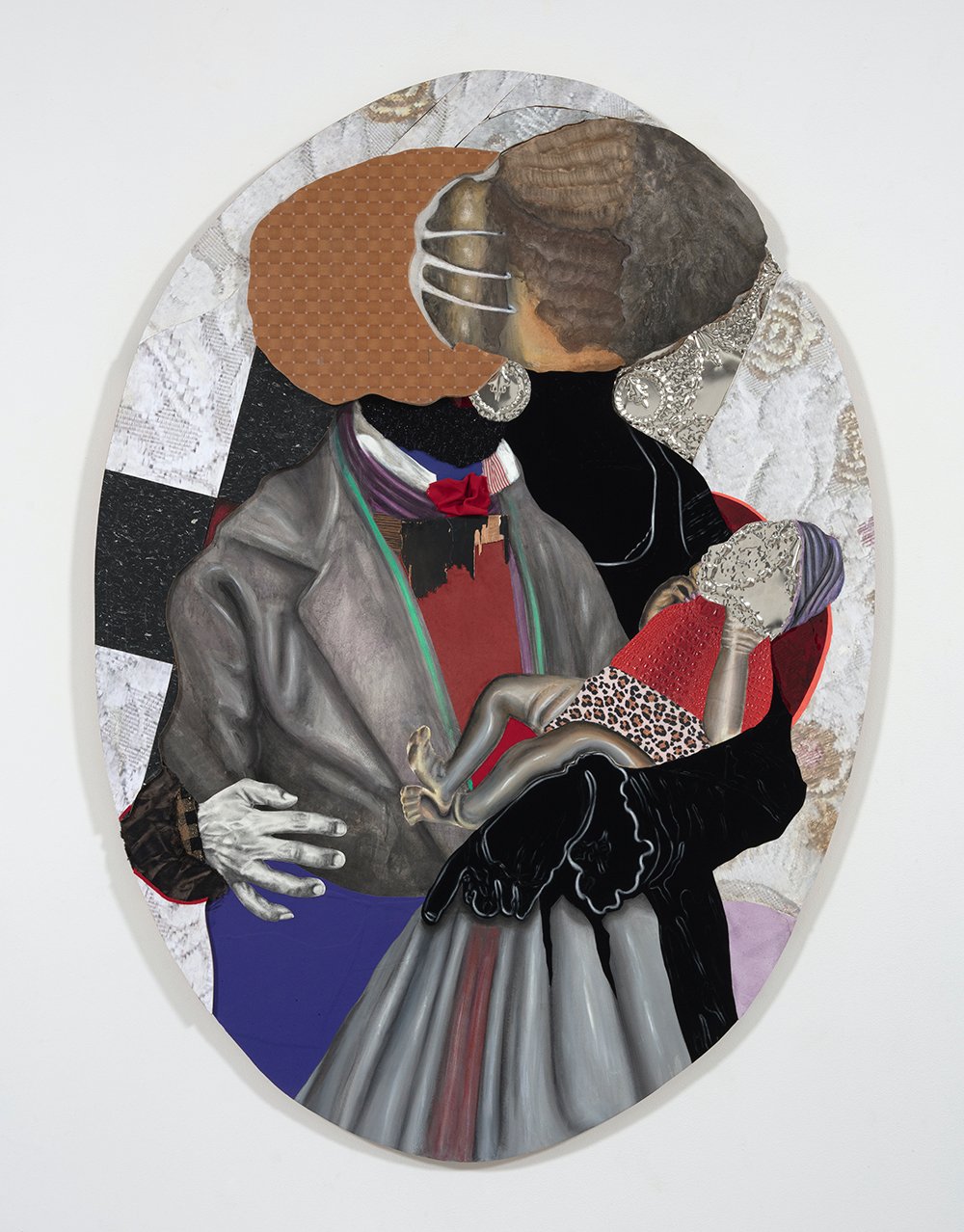 David Shrobe
At A Crossroads, 2020 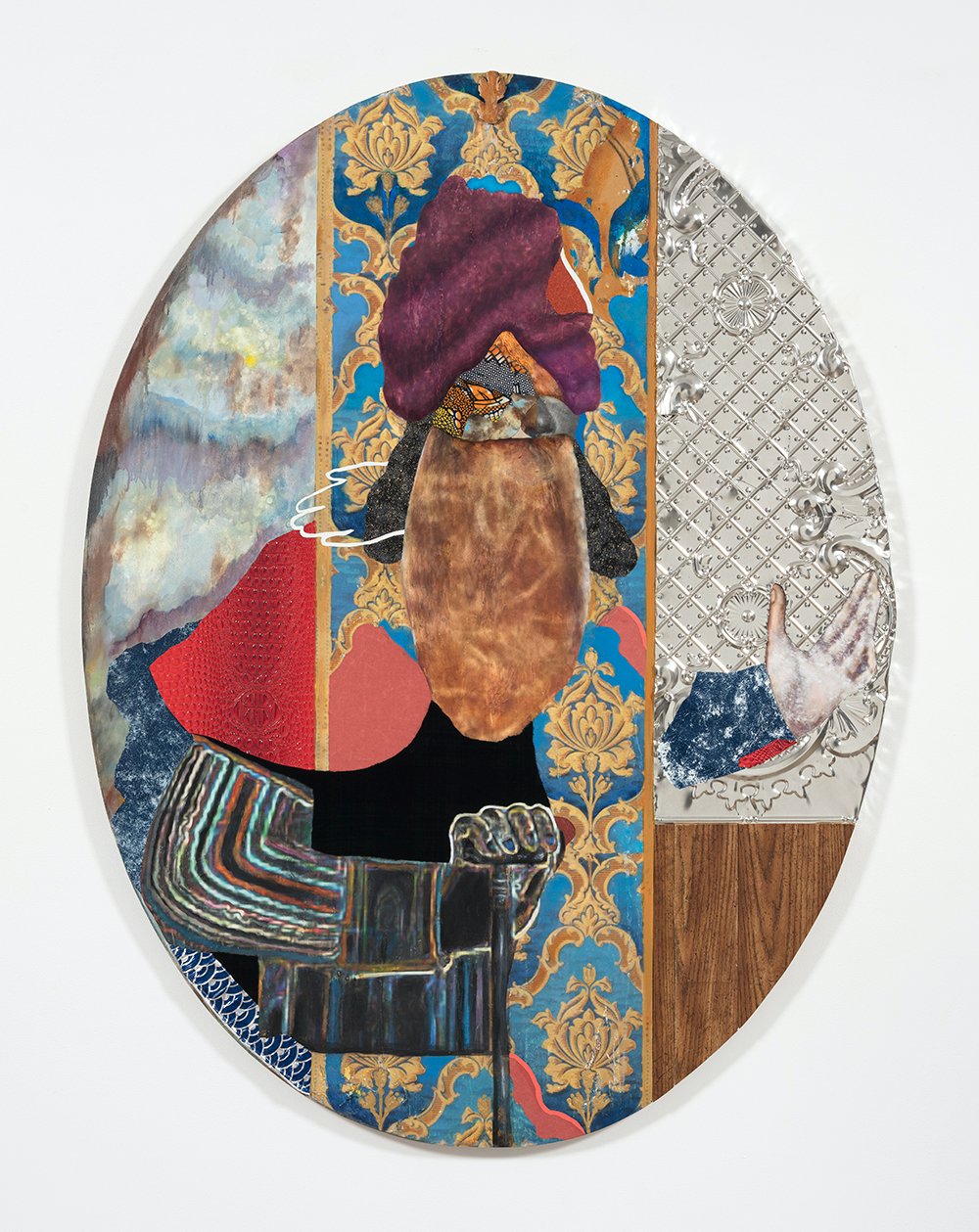 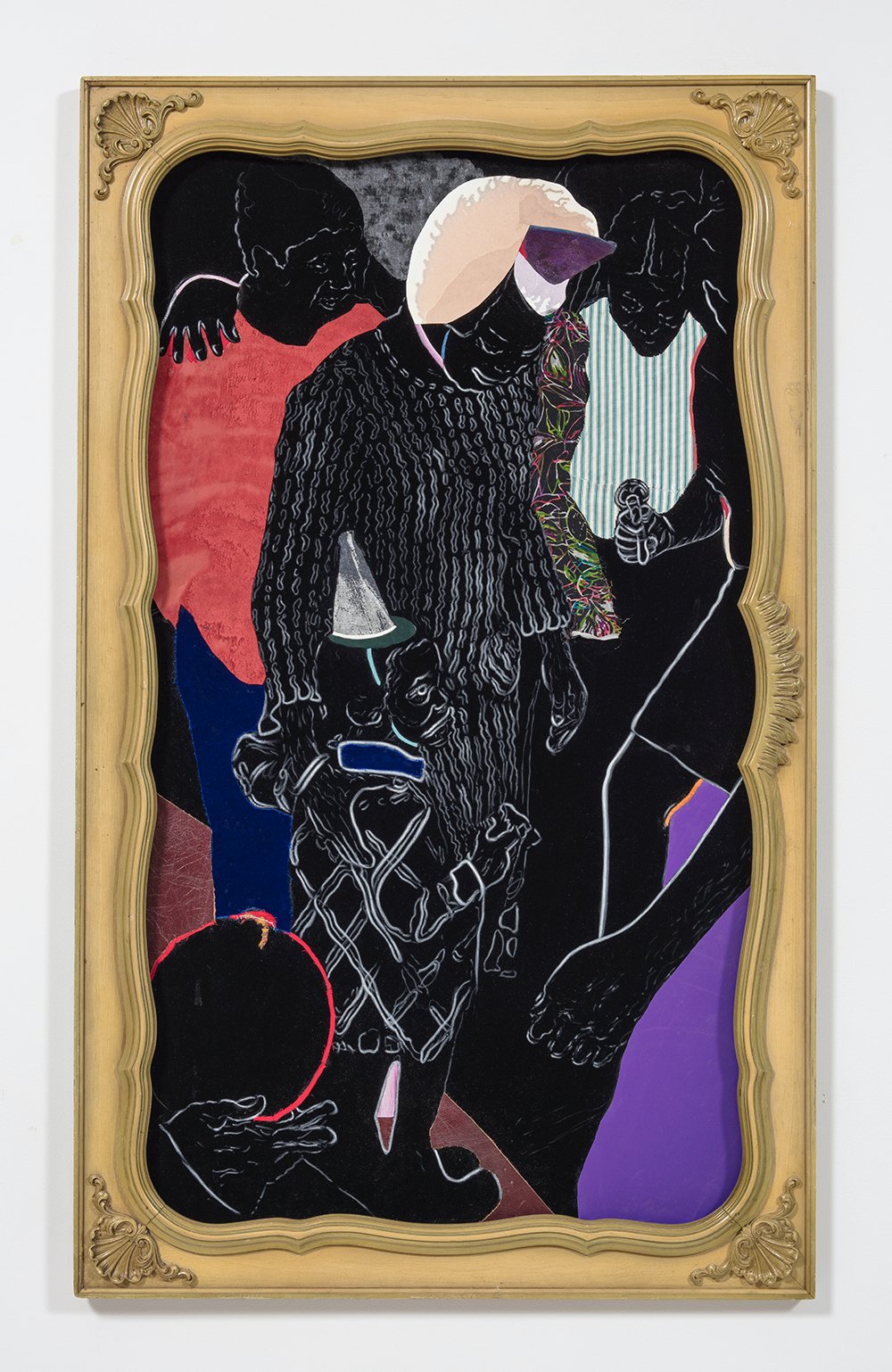 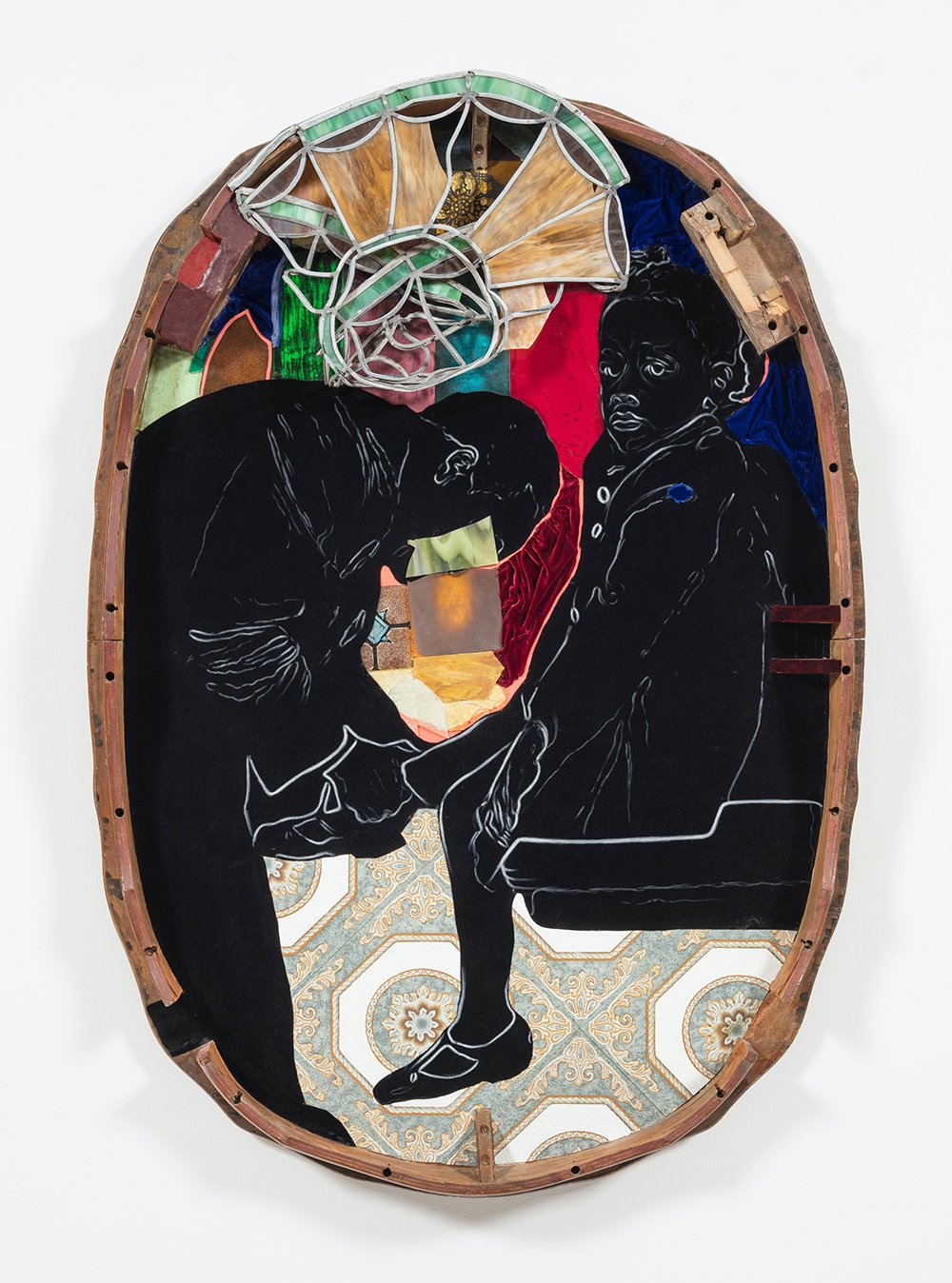 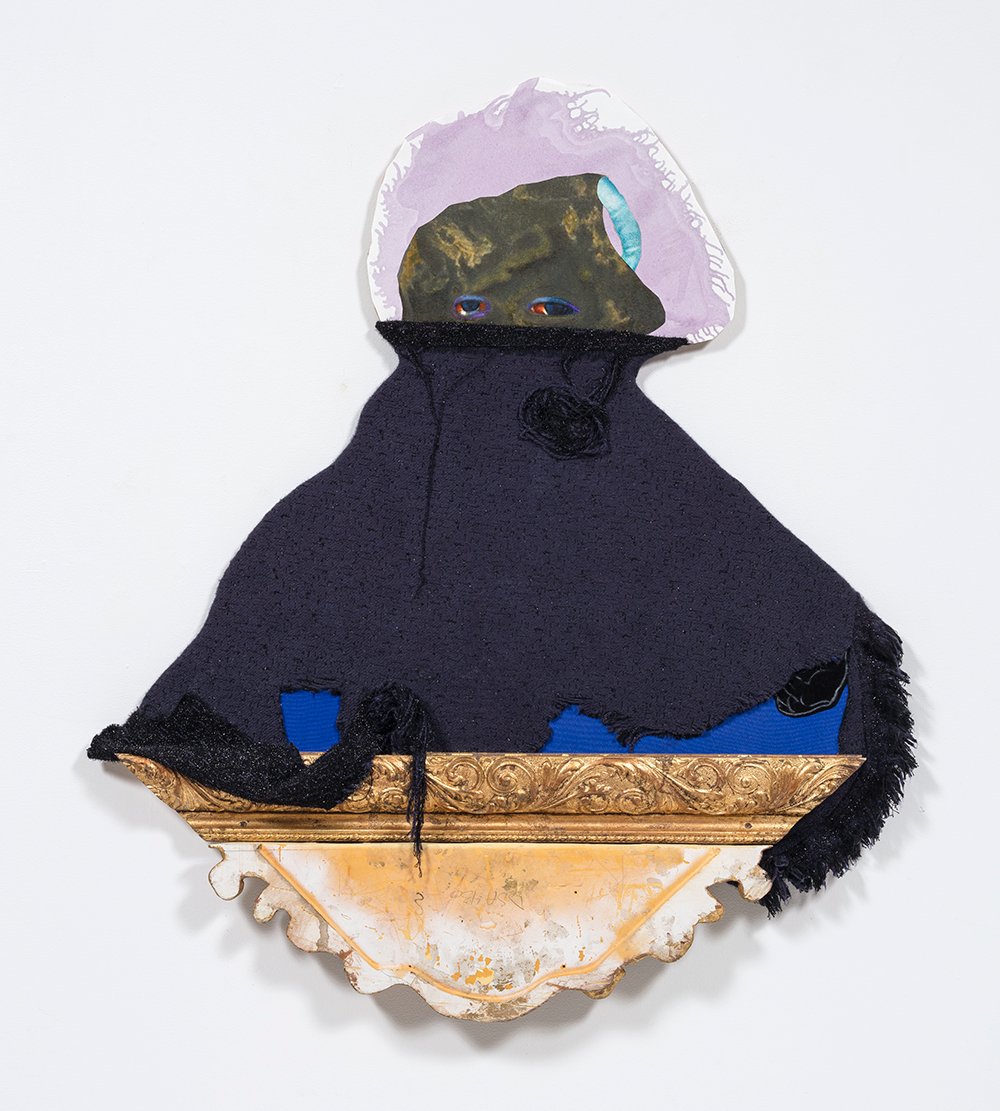 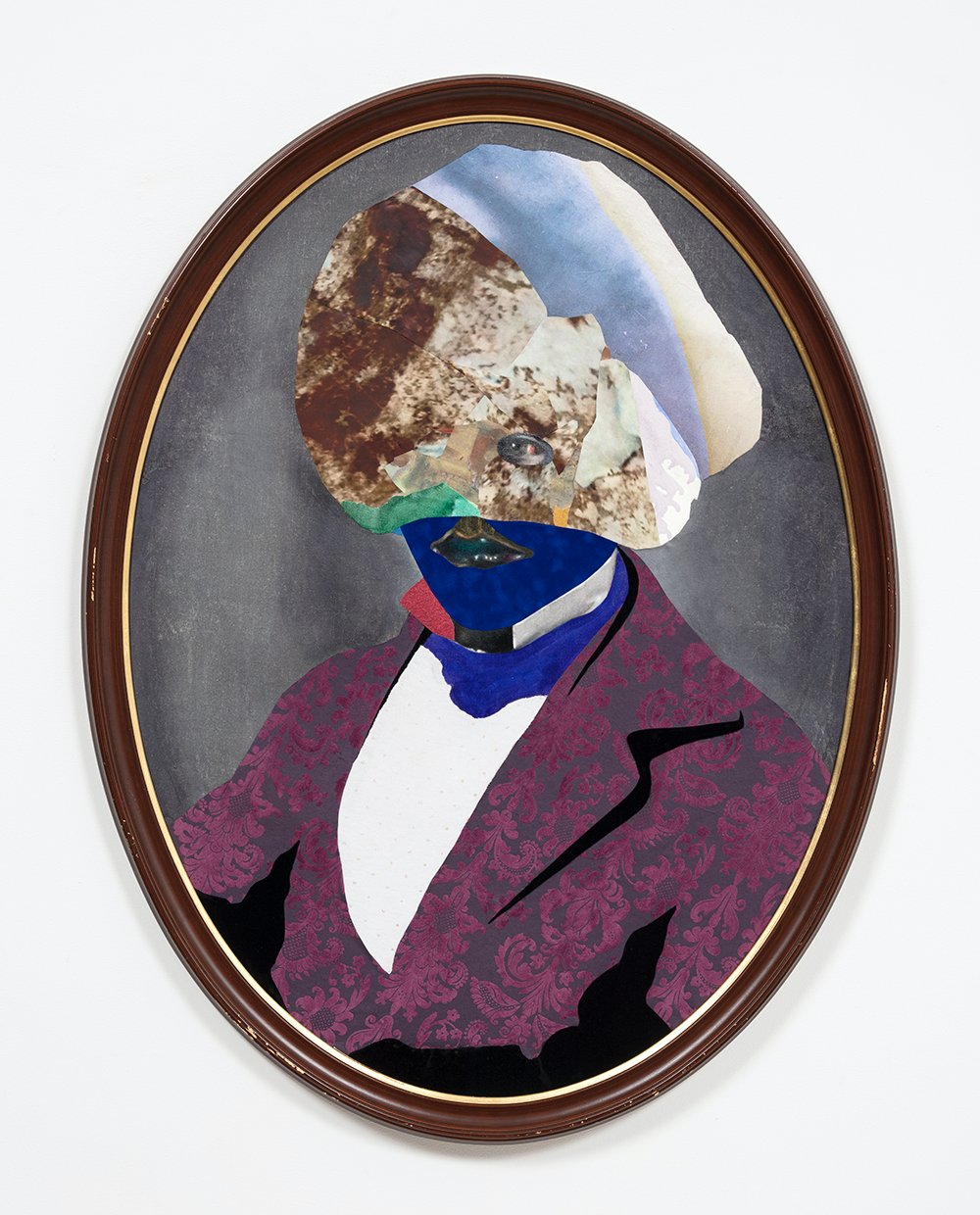 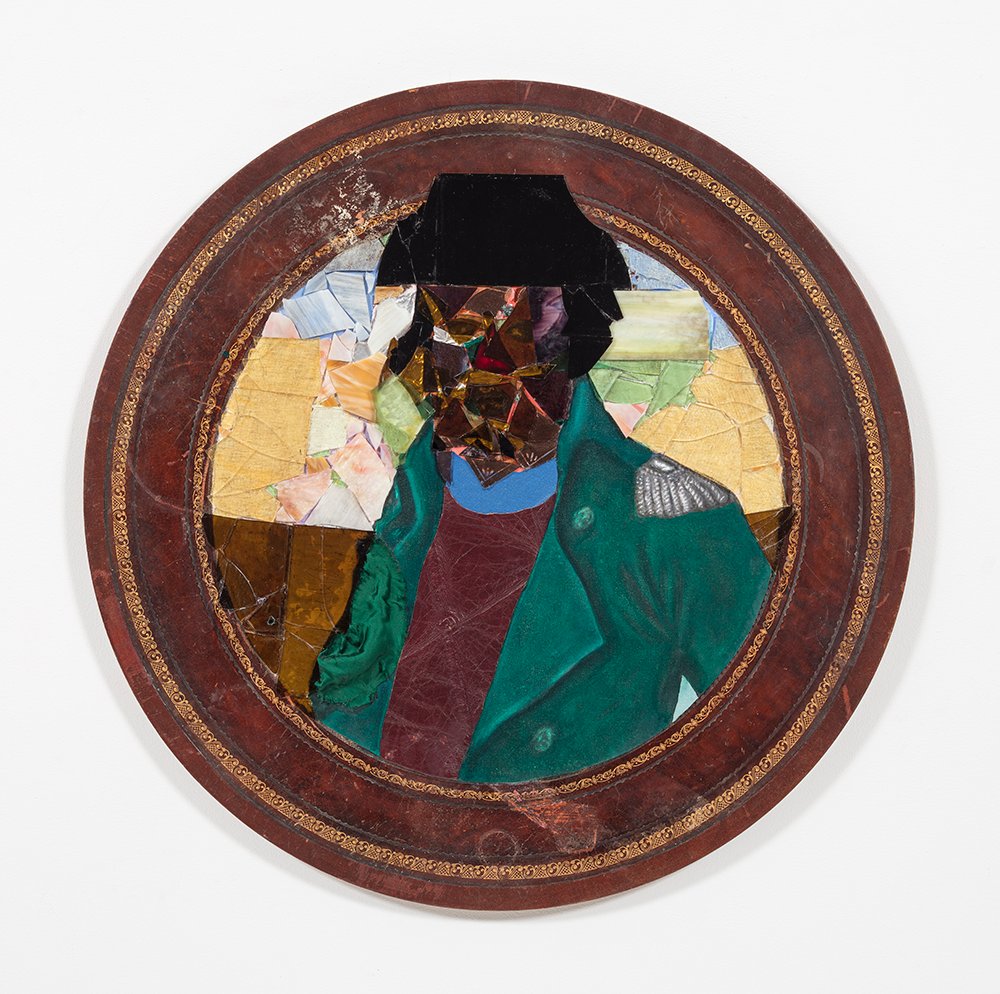 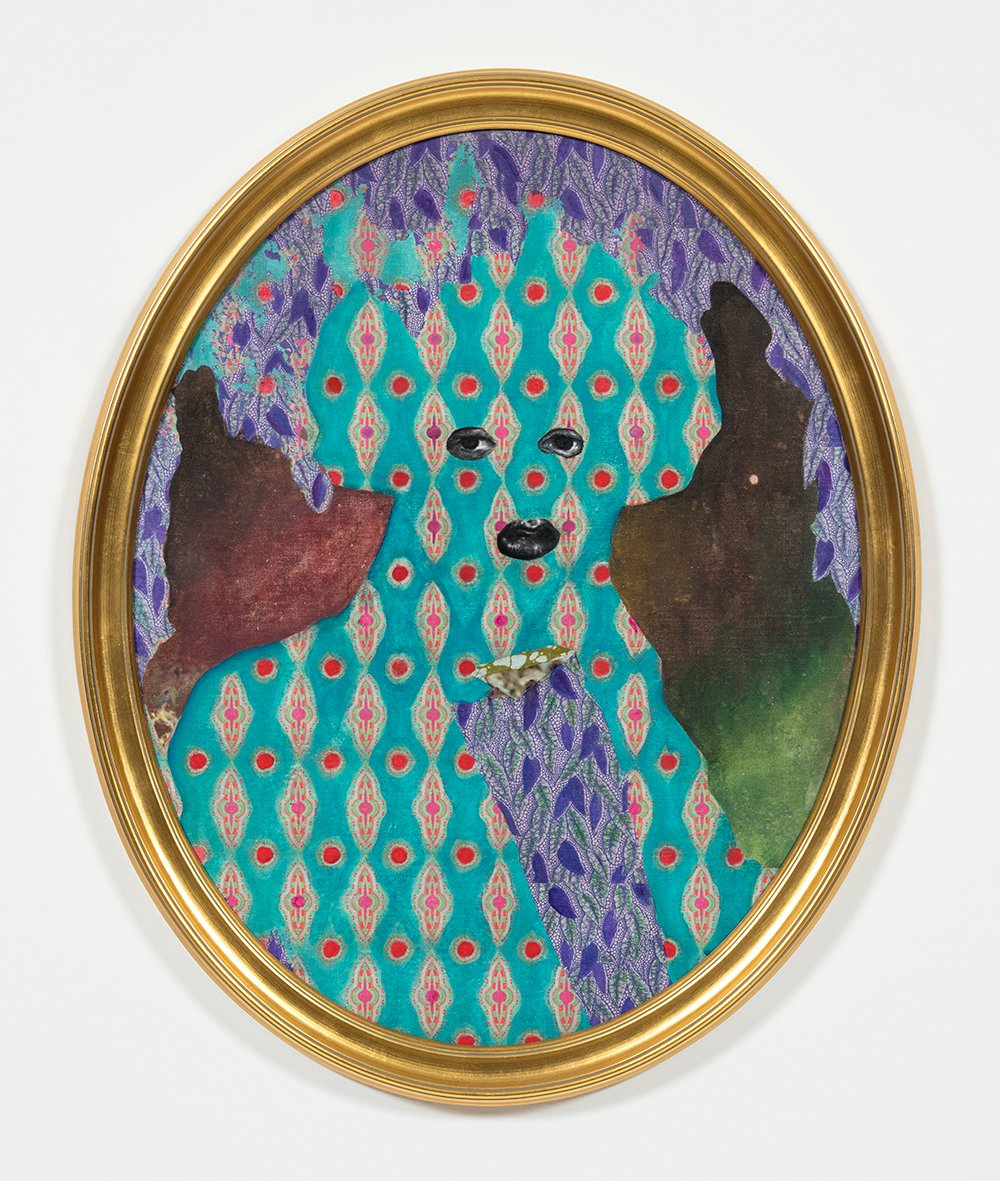 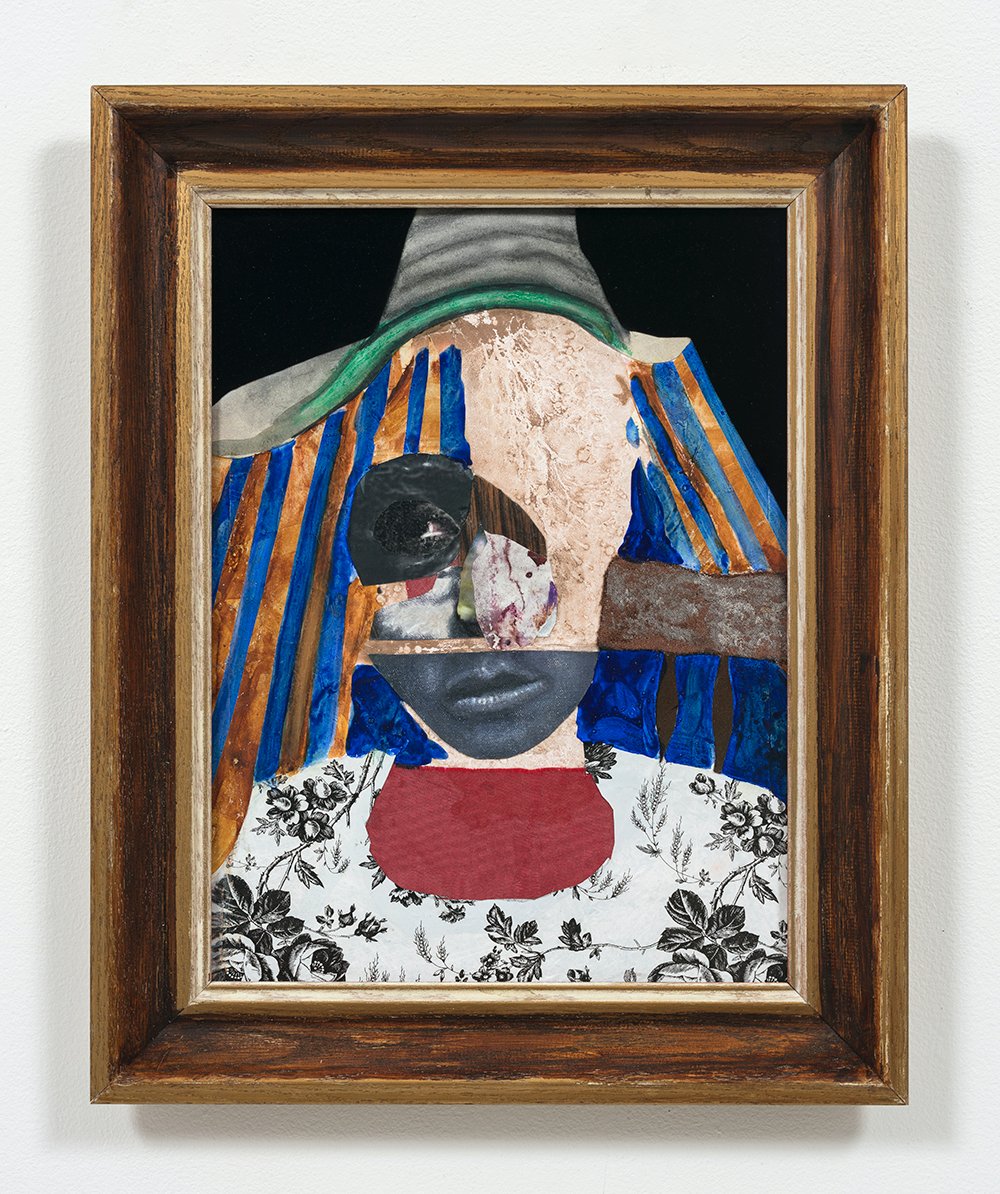 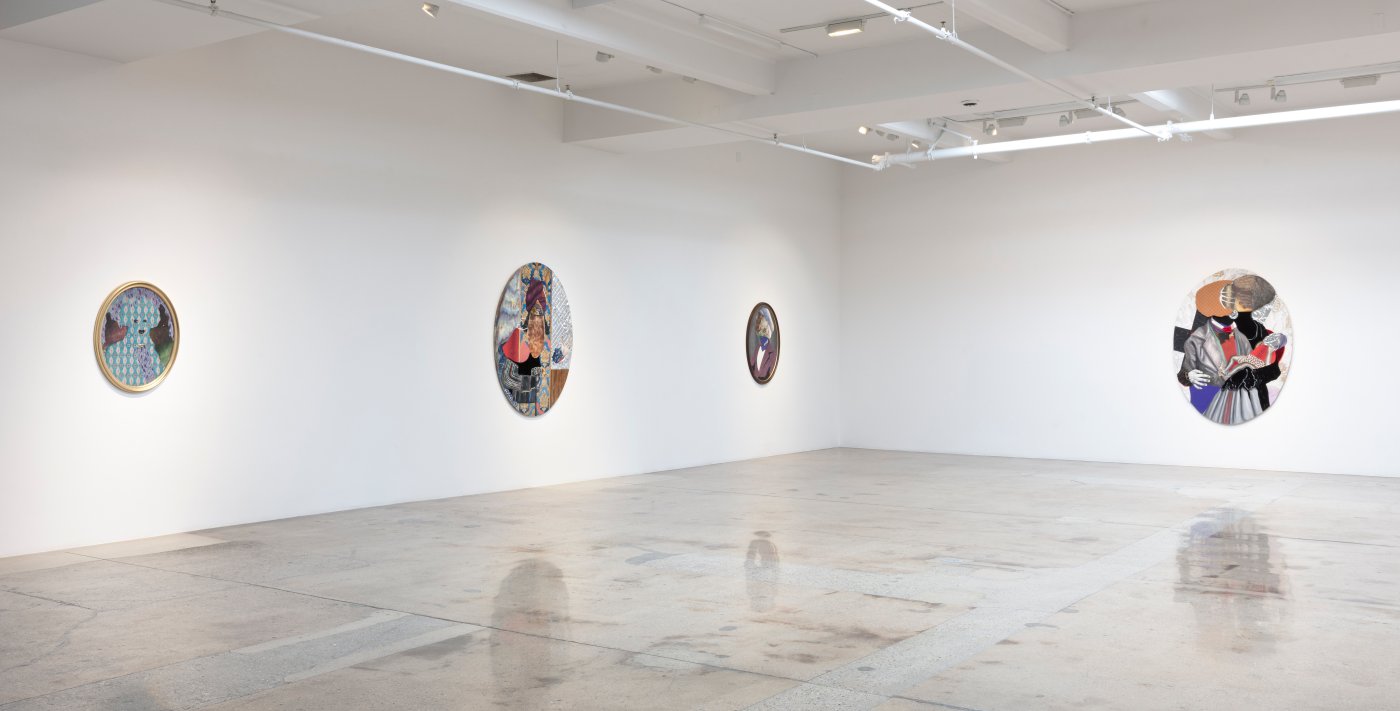 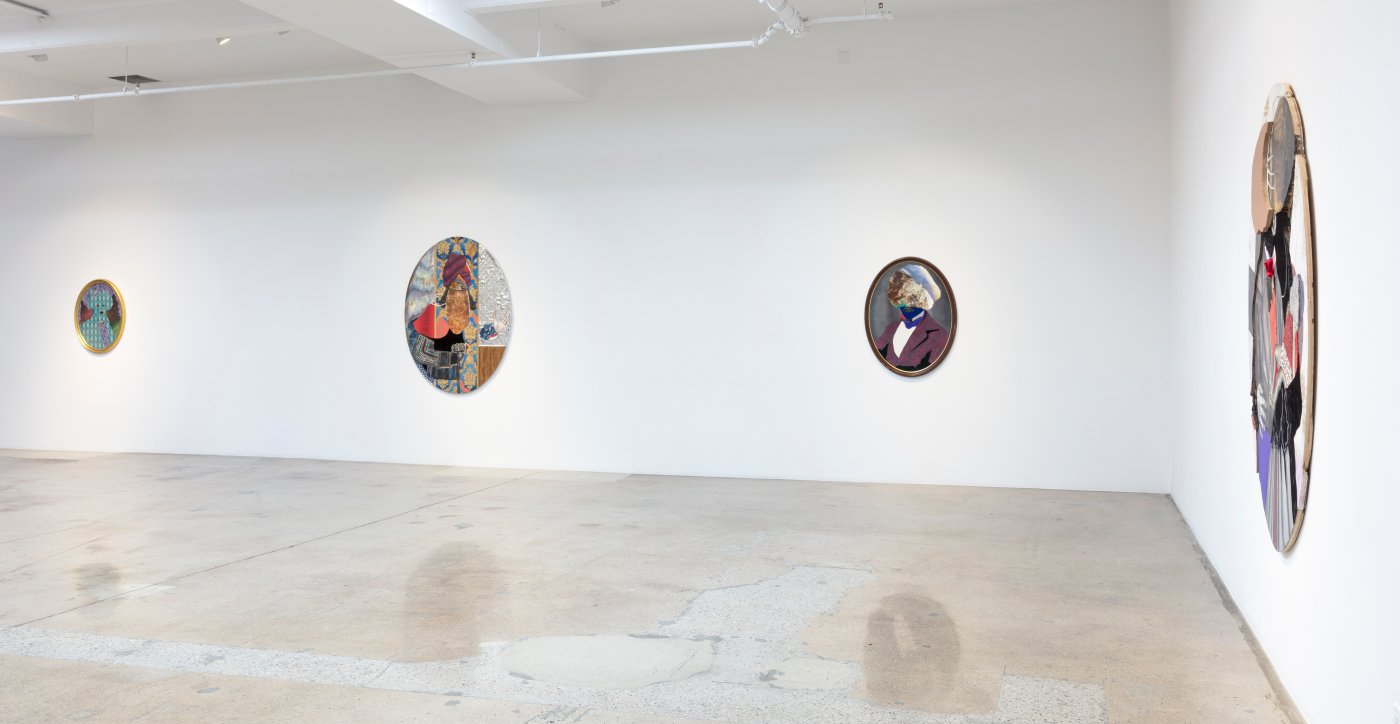 During that time Shrobe has found solemnity and inspiration from his family and the Black Lives Matter movement. The works are mostly made from repurposed everyday materials sourced from his Harlem neighborhood; Shrobe disassembled furniture, separated wood from fabric and recombined them as supports for and elements in his paintings.

Many of Shrobe’s works bear a relationship to early daguerreian portrait photography, especially the early images of Frederick Douglass. By combining found and repurposed materials with the photographic history of African Americans, Shrobe produces new narratives that feel intimate and personal without being anchored to a specific time or place. Shrobe explains that Walk the Air alludes to the African American folkloric secret language of flight. In these works, he more sharply focuses on his family and the sanctity of that bond during a time of pain, tumult and struggle. This is evident in At A Crossroads, where a mother, father and infant child contemplate the direction they will take while finding solace in each other.

David Shrobe (b. 1974, New York) earned a BFA and an MFA in painting from Hunter College, New York before attending Skowhegan School of Painting and Sculpture. He has had solo exhibitions at Thierry Goldberg, New York; Jenkins Johnson Gallery, San Francisco; The Sugar Hill Children’s Museum, New York and has had work included in numerous group shows including those at Jeffrey Deitch Gallery, Los Angeles and New York; Mandeville Gallery, Union College, New York; Bronx Museum and the Studio Museum in Harlem. This is his first exhibition at Steve Turner.