Walking in Manhattan, I’m fascinated to watch people and cars turn corners and vanish. For a suspended moment, they seem to be only partially there; the part not visible is gone, perhaps never to be seen again. My recent experience of painting has been similar: losing and finding, intuition and instinct.
—David Reed

Gagosian presents Losing and Finding, an exhibition of new and recent paintings by David Reed. 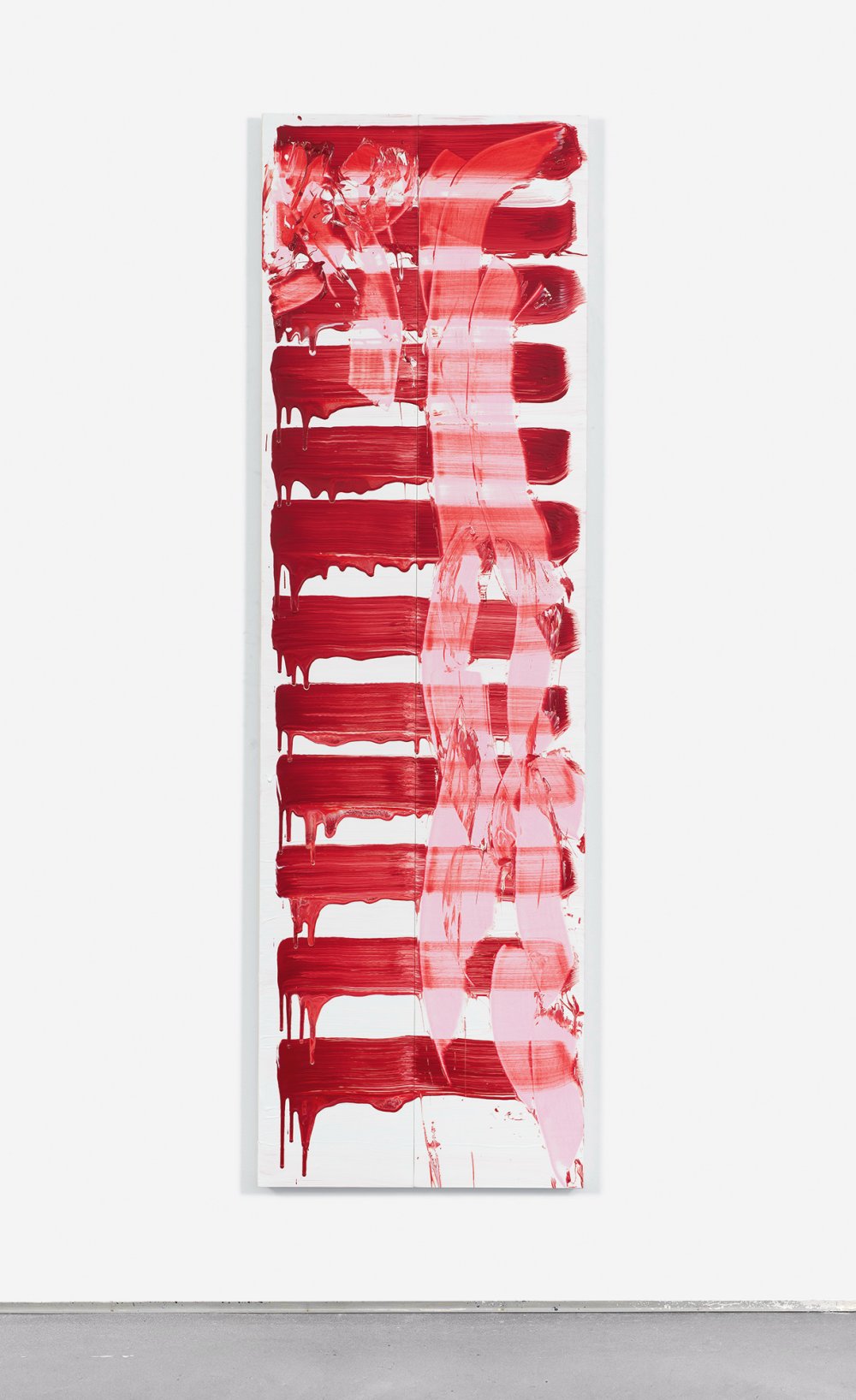 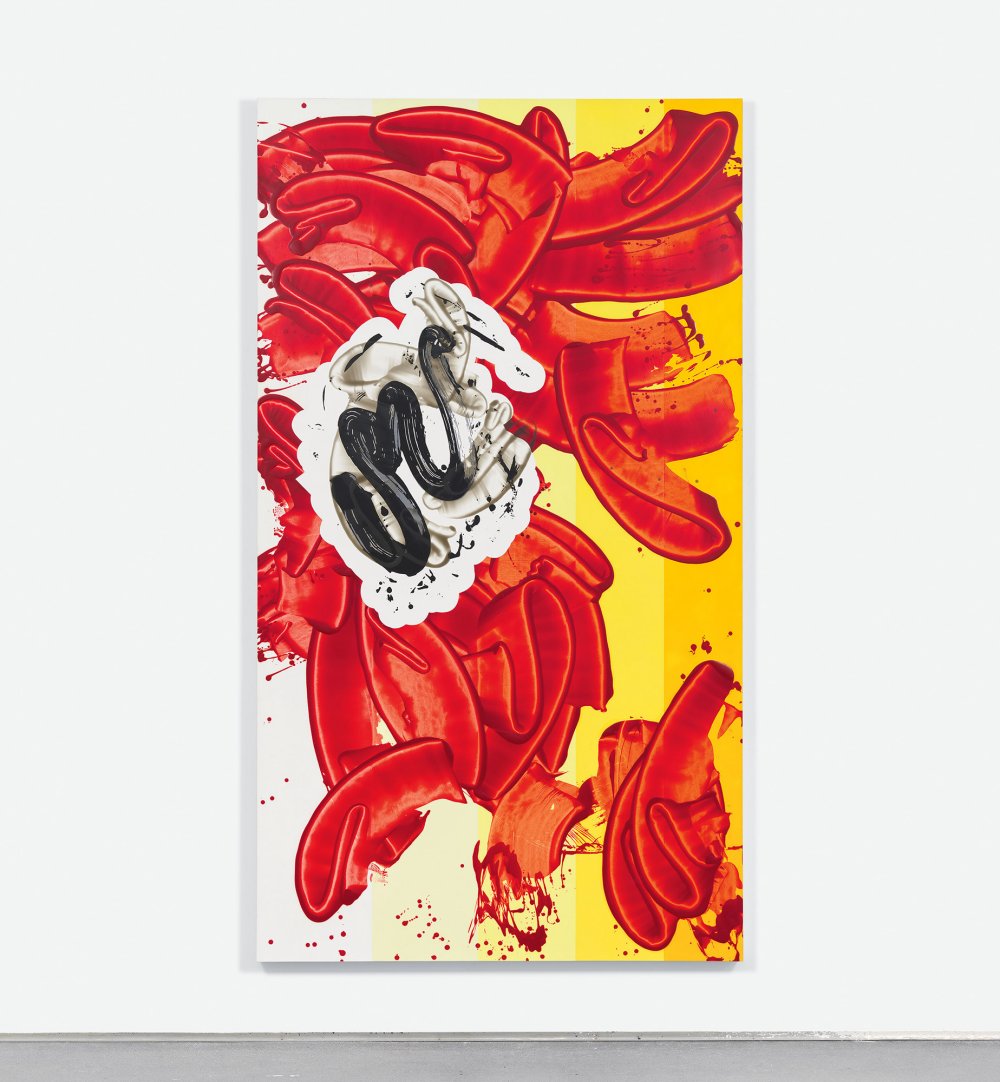 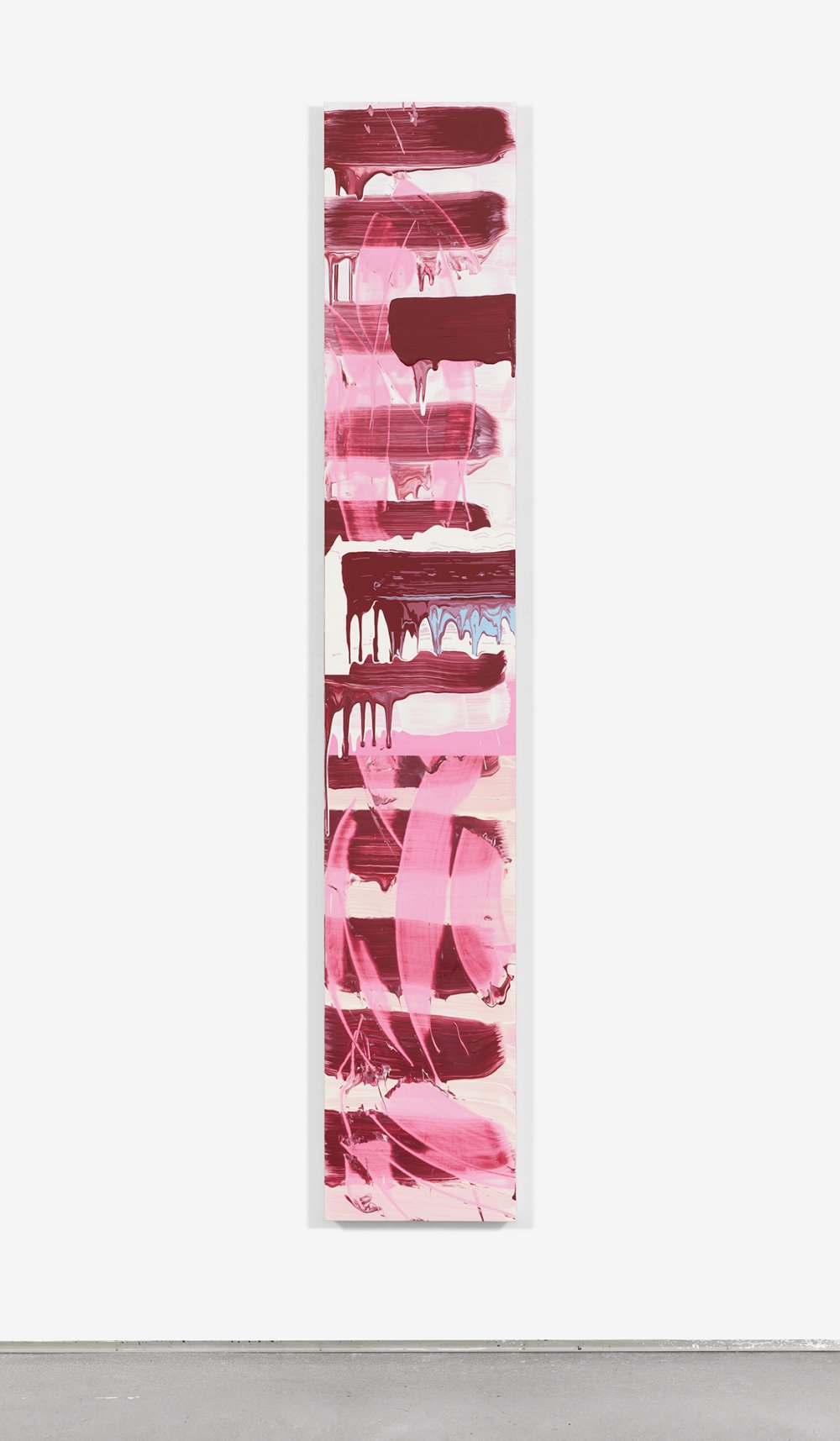 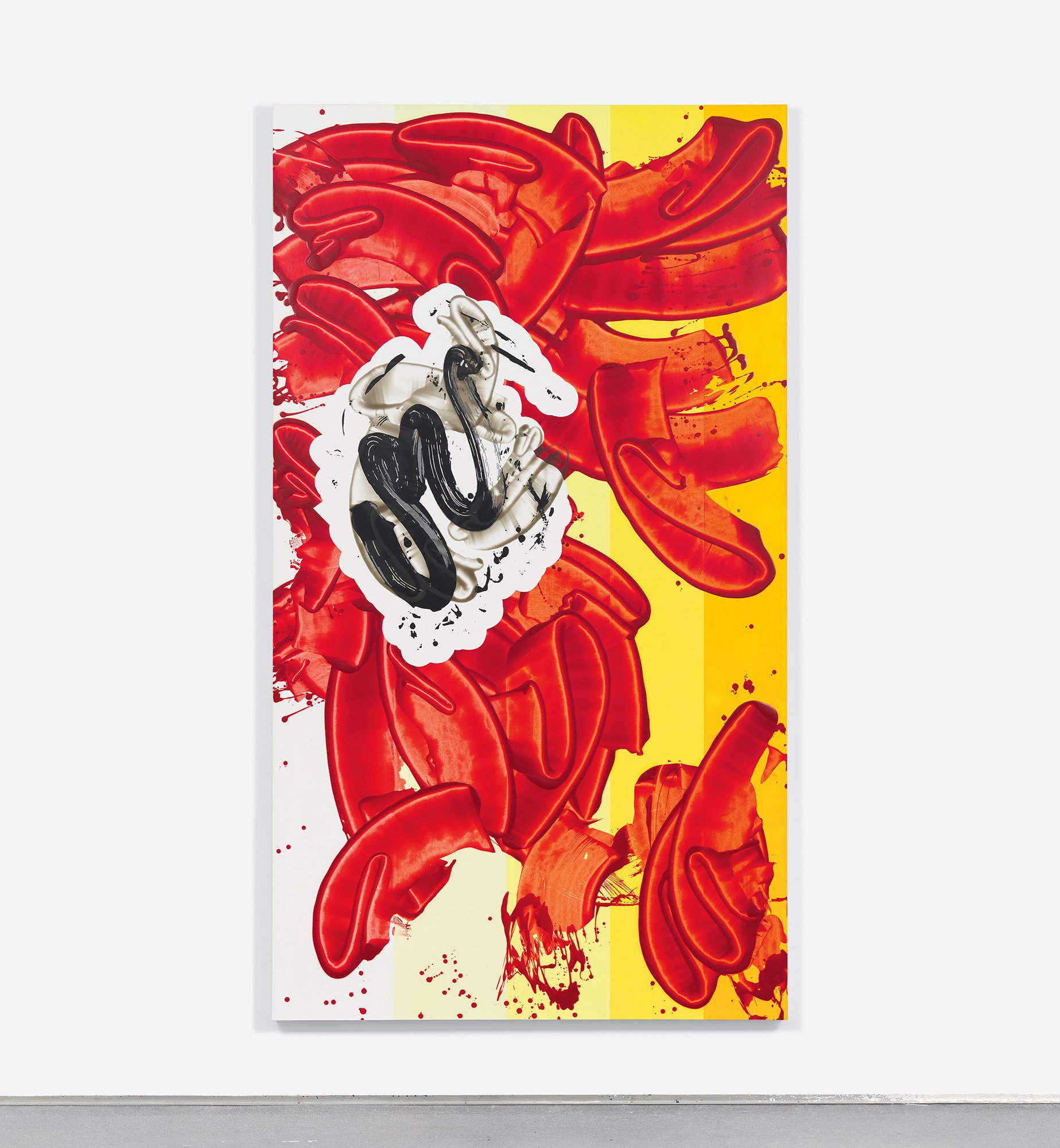 When Reed came to New York from Southern California in 1966, he encountered both broad skepticism about the ongoing utility of painting and, notably among his teachers at the New York Studio School, a continued reverence for gestural mark making. Between 1974 and 1975, he synthesized these divergent currents in a succession of tall abstract canvases marked with primarily black or red strokes painted from left to right, top to bottom, and sometimes diagonally.

Since executing these first brushmark works, Reed has painted with an emphasis on systematic processes of the kind most often associated with Minimalist and Post-Minimalist sculpture, de-emphasizing the significance of the image except as a document of the moment that birthed it. But while still working in an abstract mode, he also continues to incorporate formats and techniques suggestive of film and video. The exhibition in Basel builds on the foundations of Reed’s 2017 exhibition Painting Paintings (David Reed) 1975 and his 2020 exhibition New Paintings, both at Gagosian New York.

Reed’s new tall canvases feature an expanded version of one of his established formats, using new materials and techniques such as stenciling and scraping. In these works, he employs digitally produced laser-cut stencils often derived from brushmarks in the same paintings; thus, in some paintings, a stenciled brushmark may be compared directly to the hand-painted mark on which it is based. The stencil marks are incised and painted into the surface, not collaged in place. Reed says that replicating a brushmark is impossible, but that failing opens up new possibilities. The vibrant palette is new, too, but retains the strong value contrasts of earlier works. Occasionally, color arises from gesture—black brushed over yellow, for example, results in a surprising shade of green. These paintings are, explains Reed, more about the capacity of gestures to generate something unexpected than about gestures as ends in themselves.

In several other new, larger-scale works, Reed deviates from the slender, columnar format that allowed him to move the works alone during the period of isolation imposed by COVID-19. These larger paintings are related to the formats and palette of his 2020 New York exhibition, and again make use of intense colore cangiante along with black and white and strong value contrasts. In these canvases, layered and intersecting shapes suggestive of reels of film are punctuated by stenciled gestures; again, that which at first suggests spontaneous addition often turns out to have been carefully produced and positioned in order to spark meaningful tension. Reed has also activated the works’ surfaces, building them up and carving into them to underscore the fundamental separateness of each element while placing them in dialogue with one another. By thus juxtaposing the opaque and the translucent, the improvised and the planned, Reed suggests the coexistence of different methodologies, narratives, and chronologies.