Galerie Max Hetzler presents a solo exhibition by David Novros at 57 rue du Temple, in Paris—the artist’s first with the gallery. This show features a selection of major historical paintings from the mid-1960s along with more recent works. 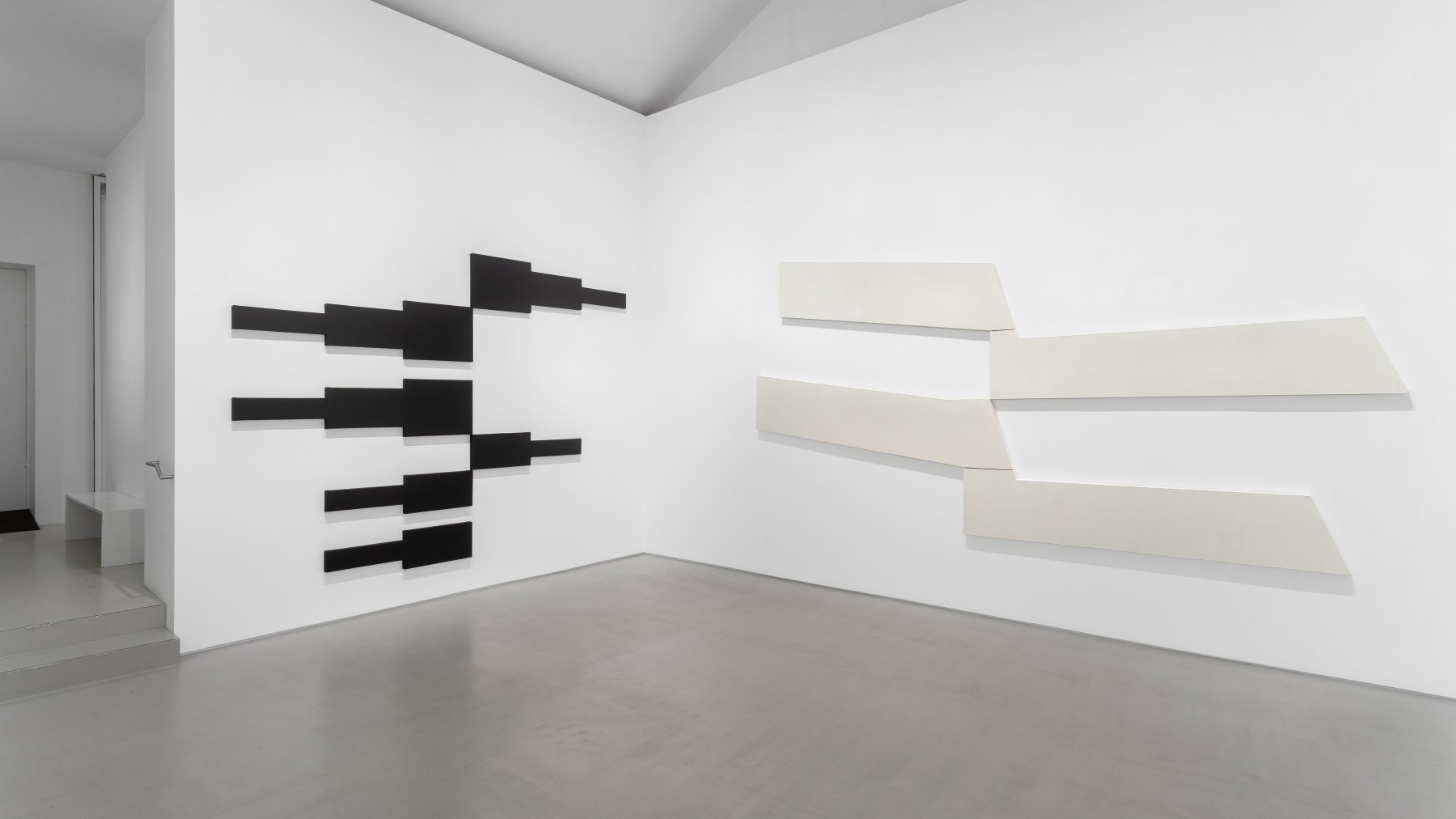 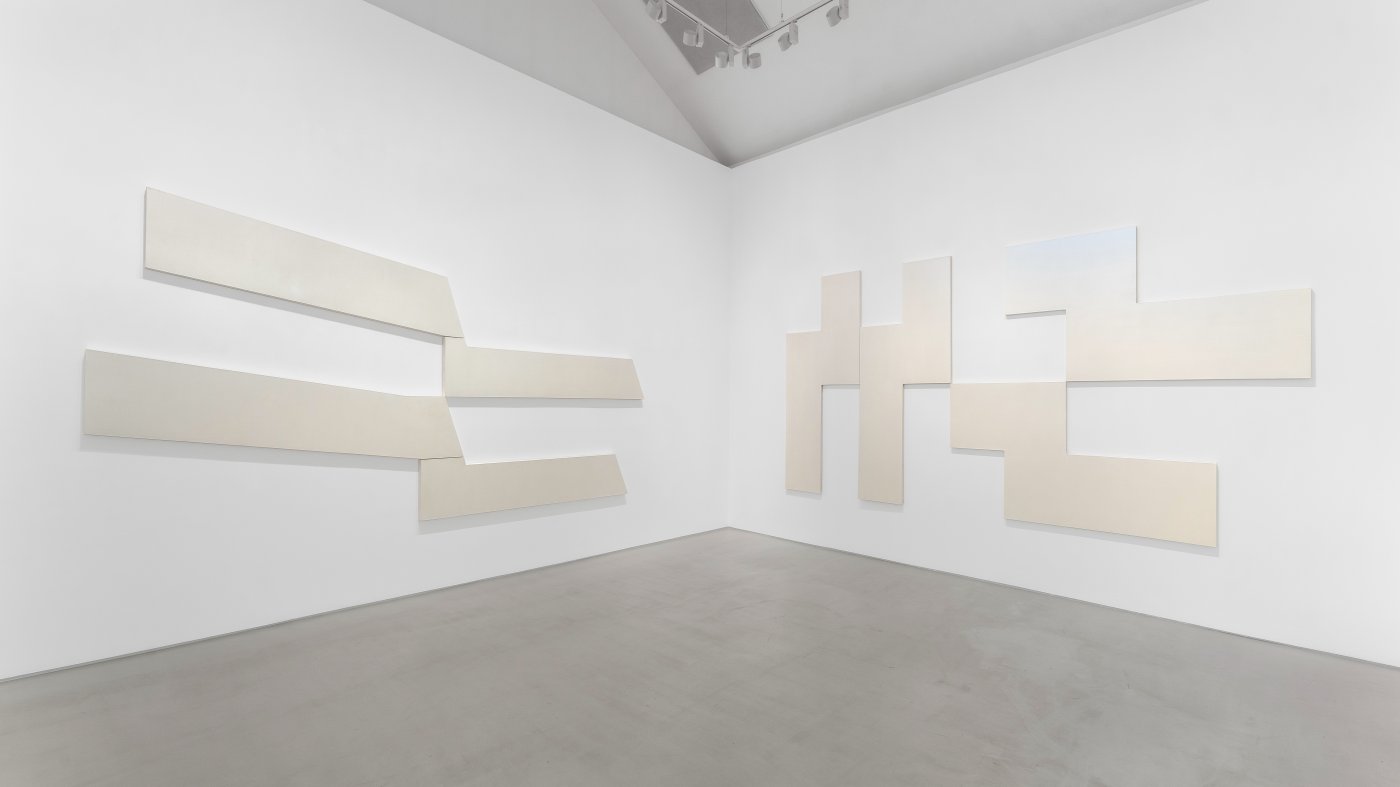 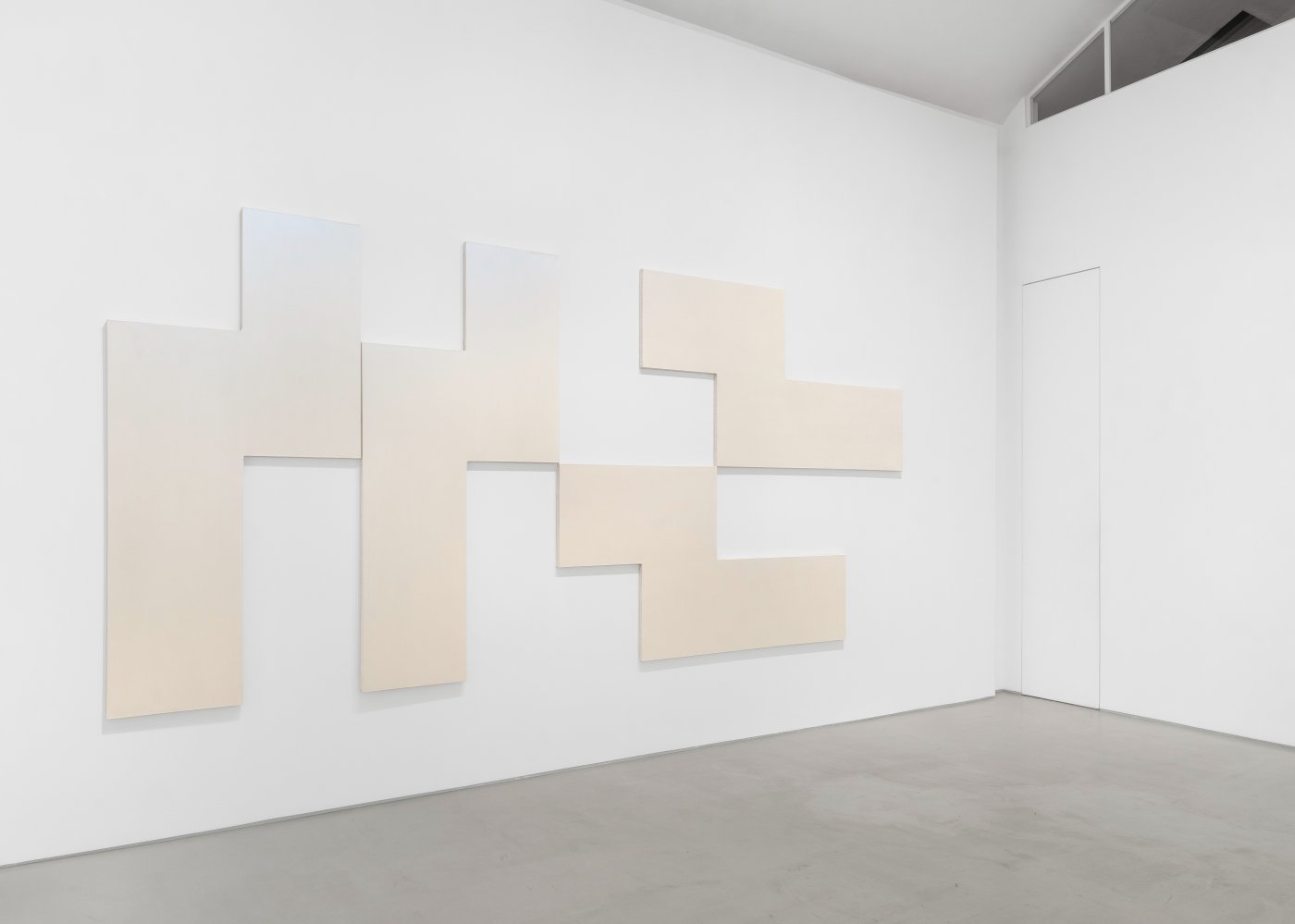 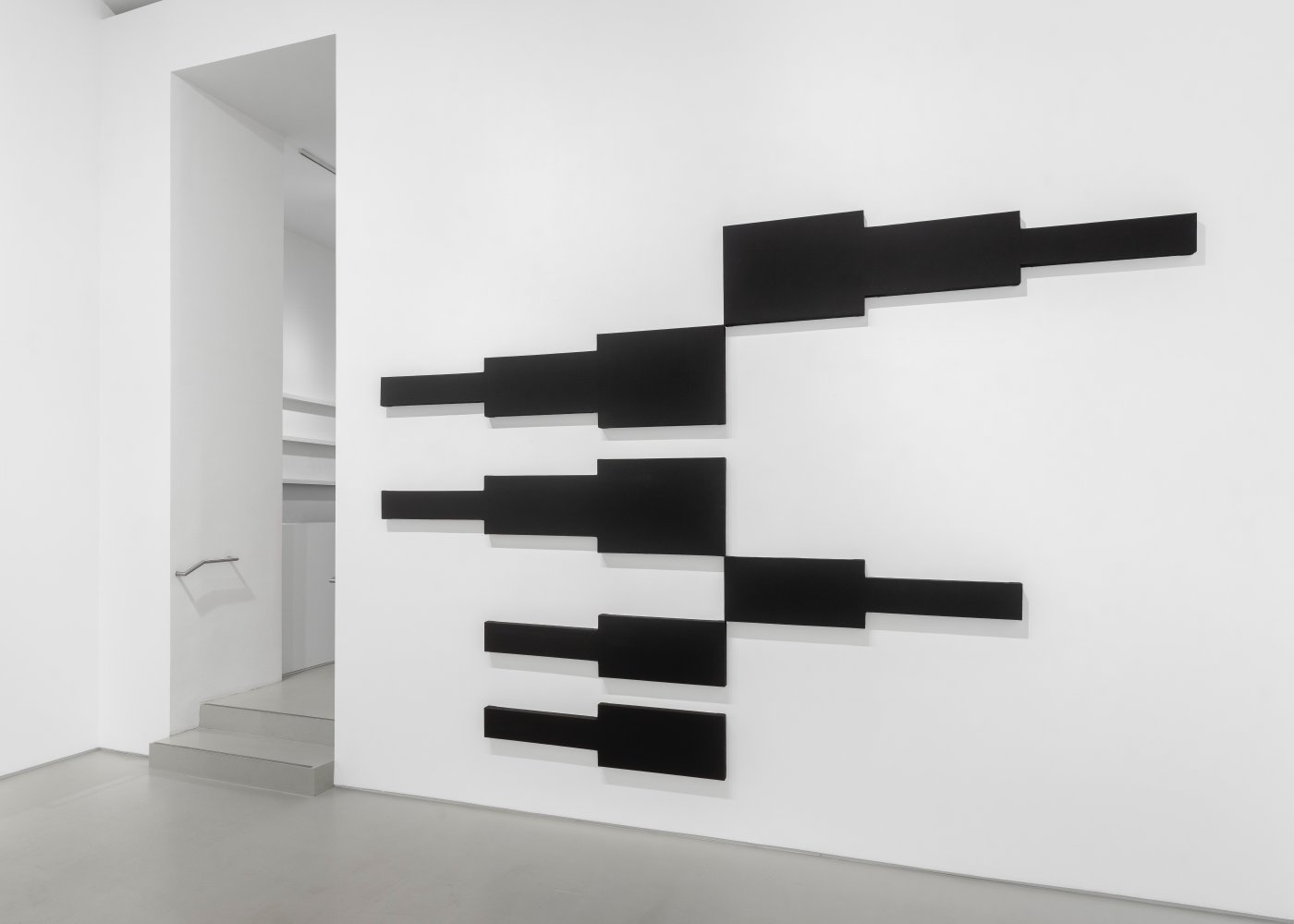 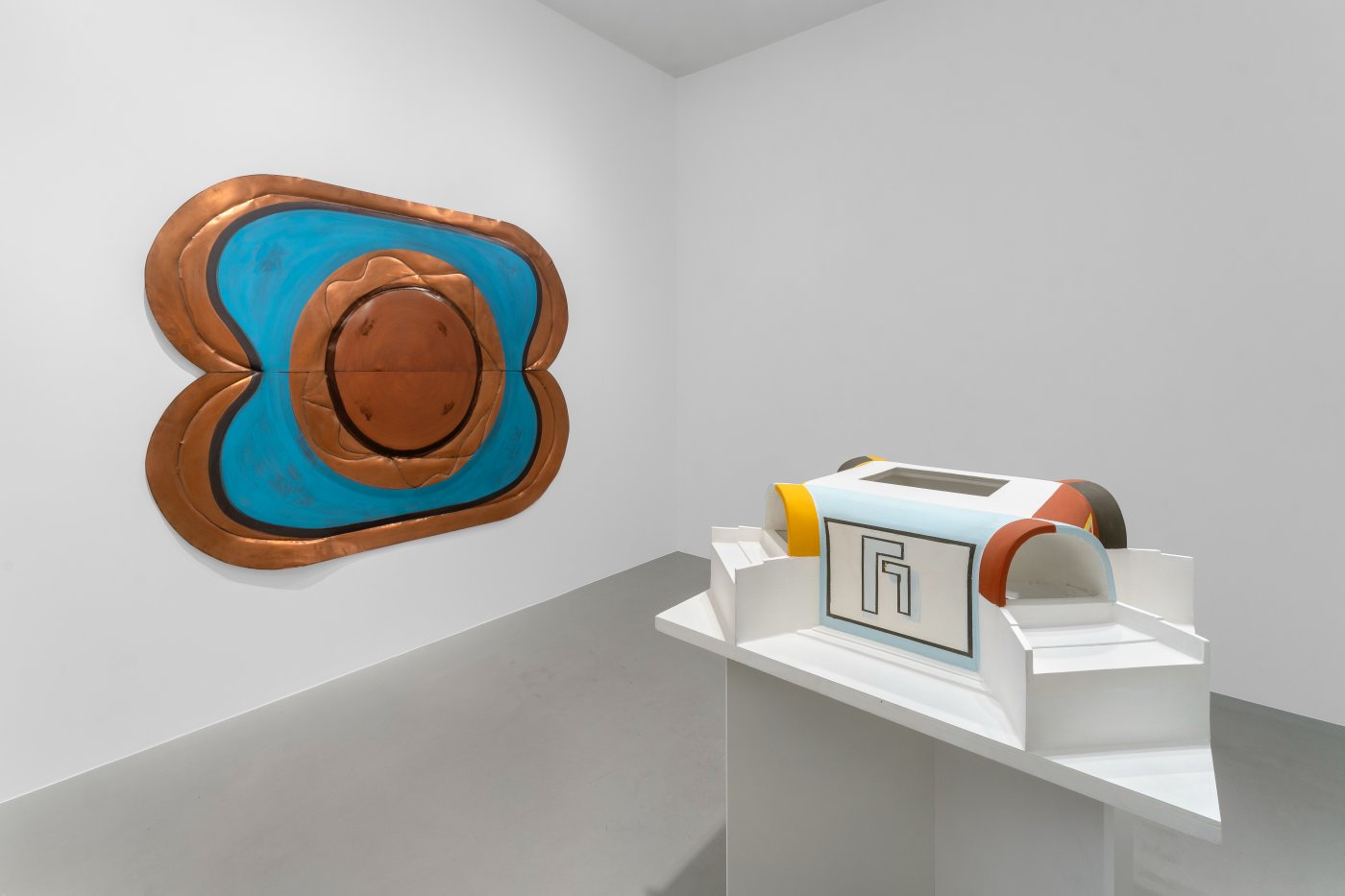 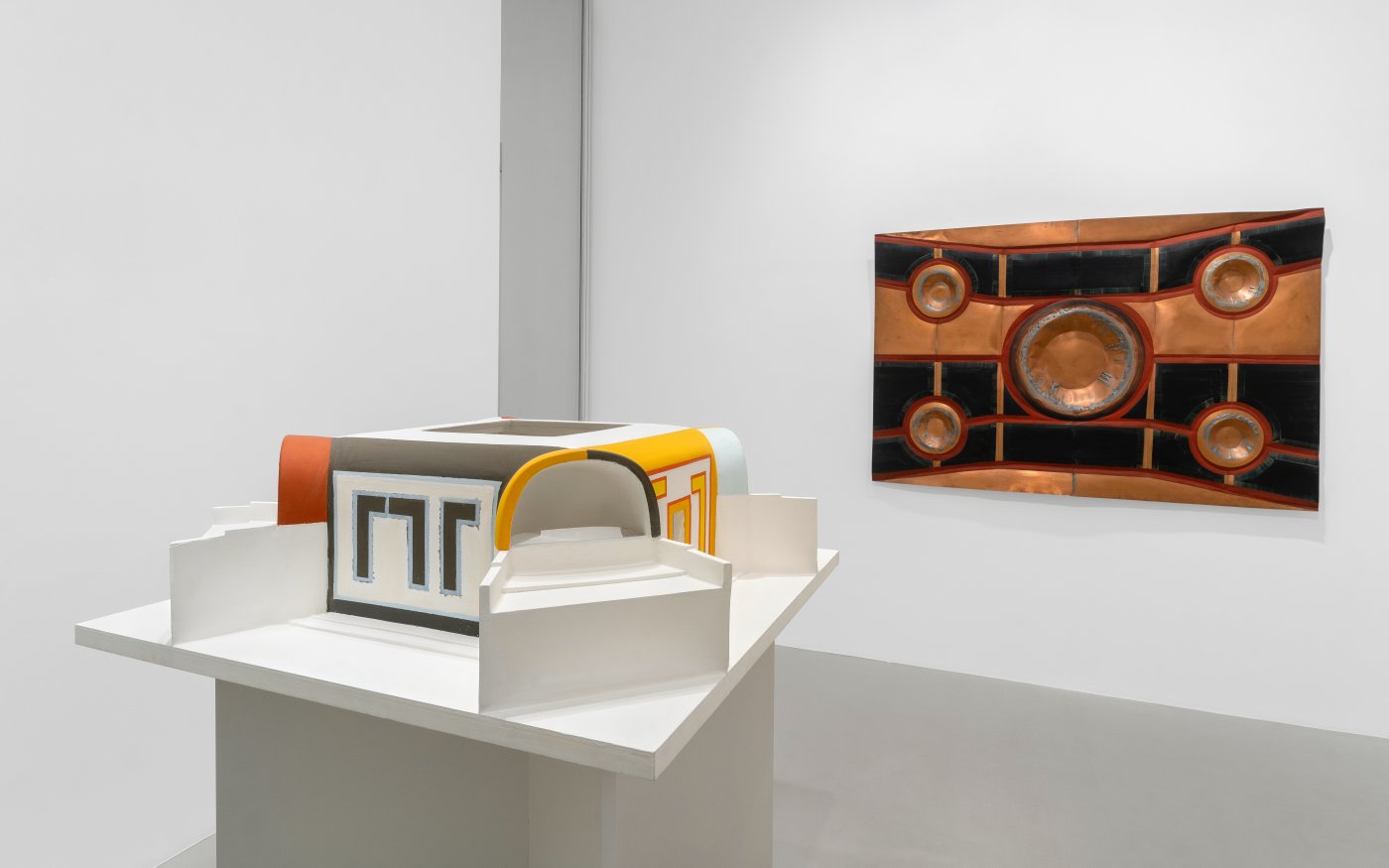 David Novros is regarded as a pivotal representative of North American Painting, known for both his large, abstract arrangements on irregularly shaped, multipartite canvases and site-specific works. Taking inspiration from a wide range of periods in art history, including Paleolithic caves or the Matisse Chapel in Vence, his modular, “portable murals”, form the essential nucleus of his oeuvre. With his hybrid objects, Novros redefines and transcends the boundaries between medium, space and eras.

Before settling in New York in the mid-1960s, David Novros spent almost an entire year in Europe in 1963, where he became interested in paintings in situ, such as frescoes by Giotto in the Scrovegni Chapel in Padua. “It taught me that painting could be something other than a rectangle hanging on a wall”, he explains. “I saw for the first time how a painting didn’t even have to be made of paint.” (1) Additionally, the experience of seeing Henri Matisse’s paper cutouts in Nice, encouraged him to create shaped canvases, in a wide variety of silhouettes, that he would subject to mirror reversals, rotations, or more complex arrangements. He experimented with these in his first exhibitions, at Virginia Dwan Gallery in New York and Los Angeles in 1966, foreshadowing the modular perpendicular forms that would develop in the following decades. From 1967 onwards, the artist limited himself almost exclusively to working with units which would adopt an overall rectangular format when put together. In 1970, another pivotal moment occurred when Donald Judd commissioned Novros to create a mural in the living space of his New York studio; this led to further fresco projects, which were another way for the artist to express his understanding of a given space—a motto still at the core of his practice.

At Galerie Max Hetzler, Paris, viewers can experience Novros’ pursuit of the genre on multiple or shaped compositions, made out of various materials. In the first room, works from 1995 and the 2000s will be displayed. The four-sided Solar Model (2000), recalling an atrium and the wall frescoes of a Roman house, testifies to how great a colourist Novros is and relates strongly to his notion of painting as an in-situ experience, or what he calls a “painted place”. Two works on metal, made out of copper, oil-painted lead and gold mining pans, emblazon the wall with a heraldic presence. These have been curved by controlled explosions of dynamite, with the metallic, earthy tones dulling over time, to evoke Celtic shields, or pre-Columbian jewellery.

In the main gallery, three works from 1966 are representative of some of the artist’s earliest, monochrome cut-outs. In these, Novros blends acrylic with Murano powder or Dacron—a synthetic polyester often used in the production of sails. Here, it is applied to mimic the smooth flatness of the wall, whilst the layers of Murano create striking jewel-like modulations which imply movement and encourage a mobile viewing. In this way, the artist’s works activate a creative interplay with the surrounding space, enveloping the viewer in a kinaesthetic experience.