Twenty works on paper by David Nash (b.1945), reflecting the natural formations and shapes of the artist’s sculptures, are on show at Cristea Roberts Gallery, London. 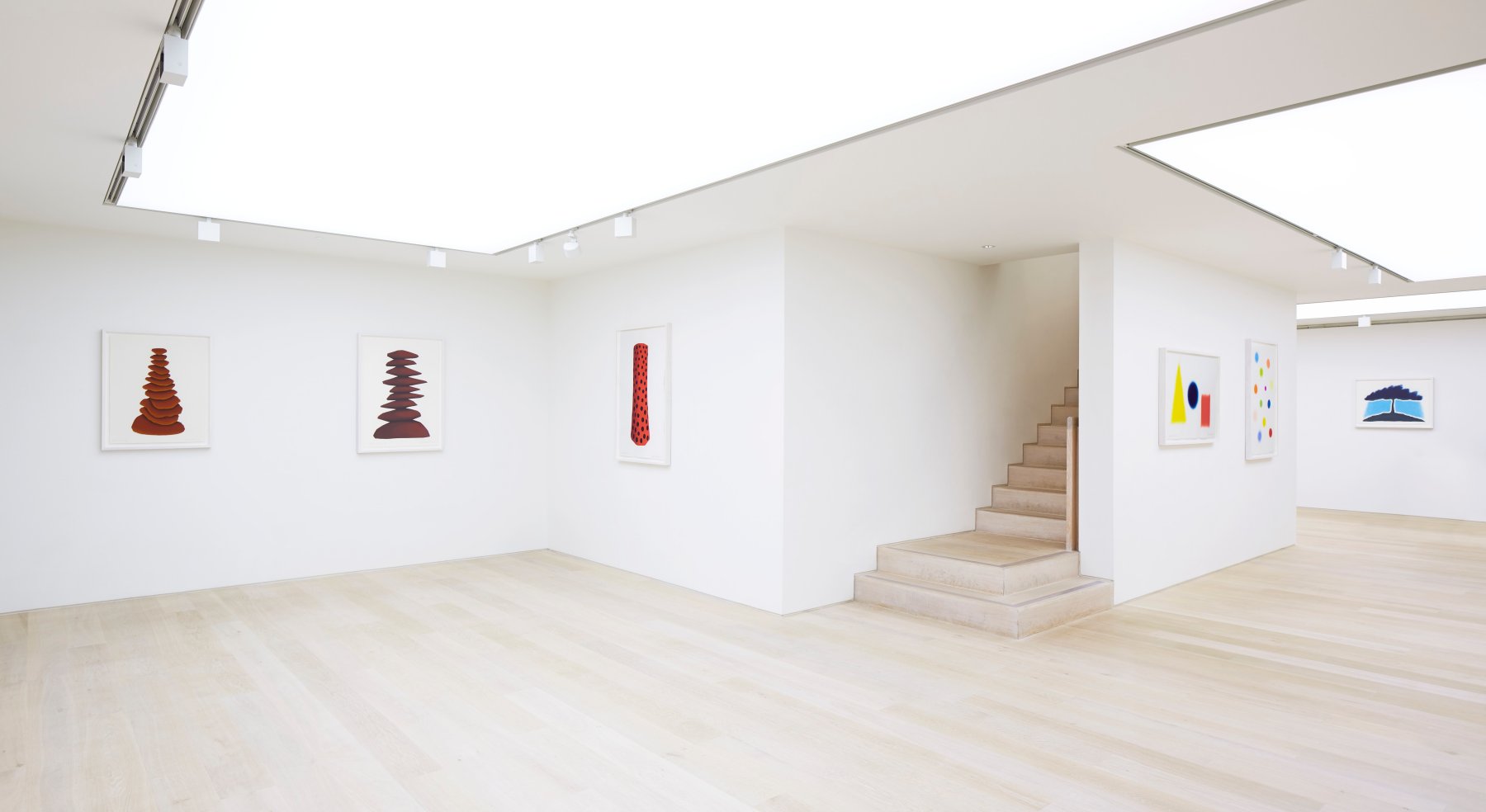 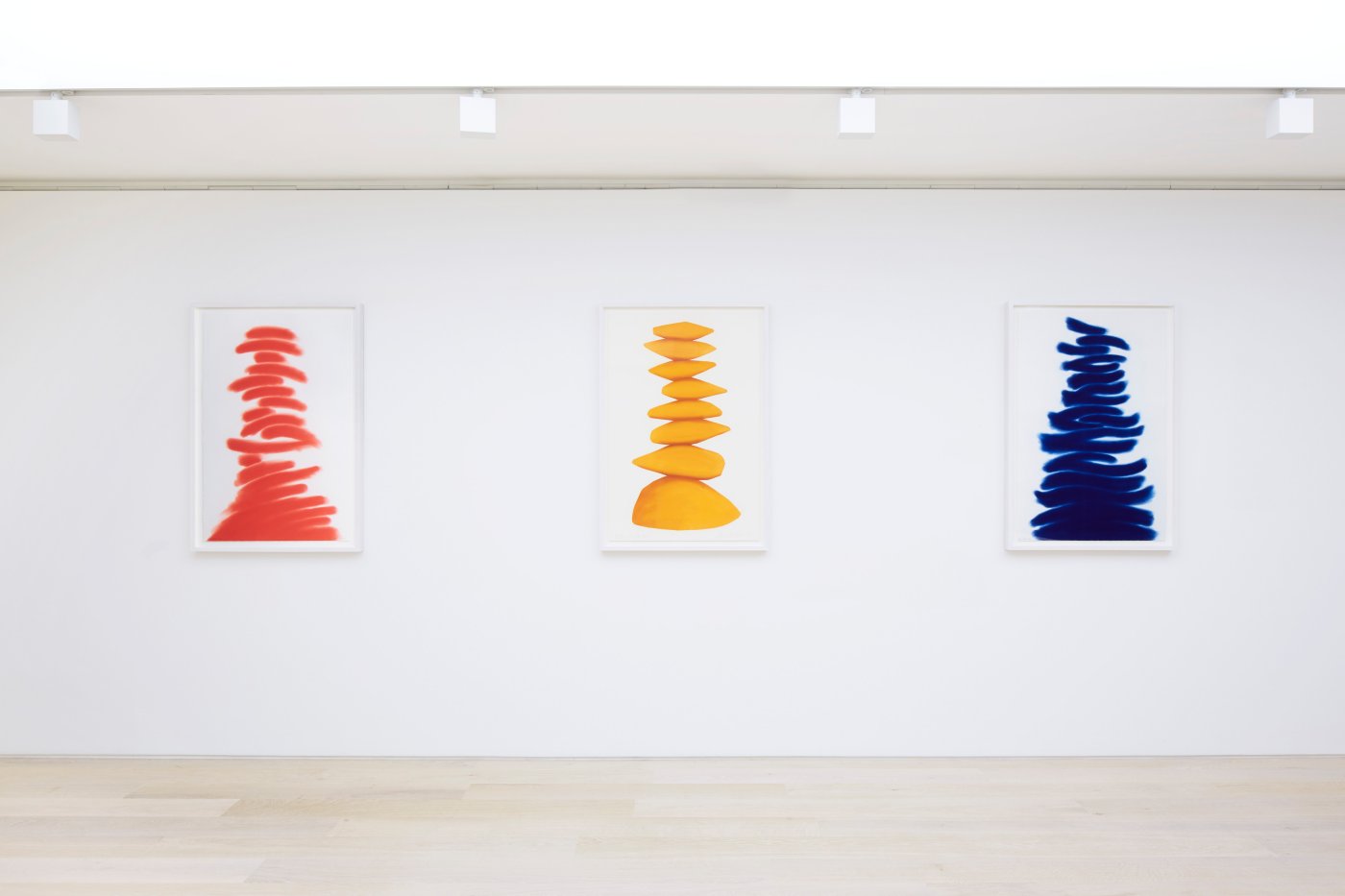 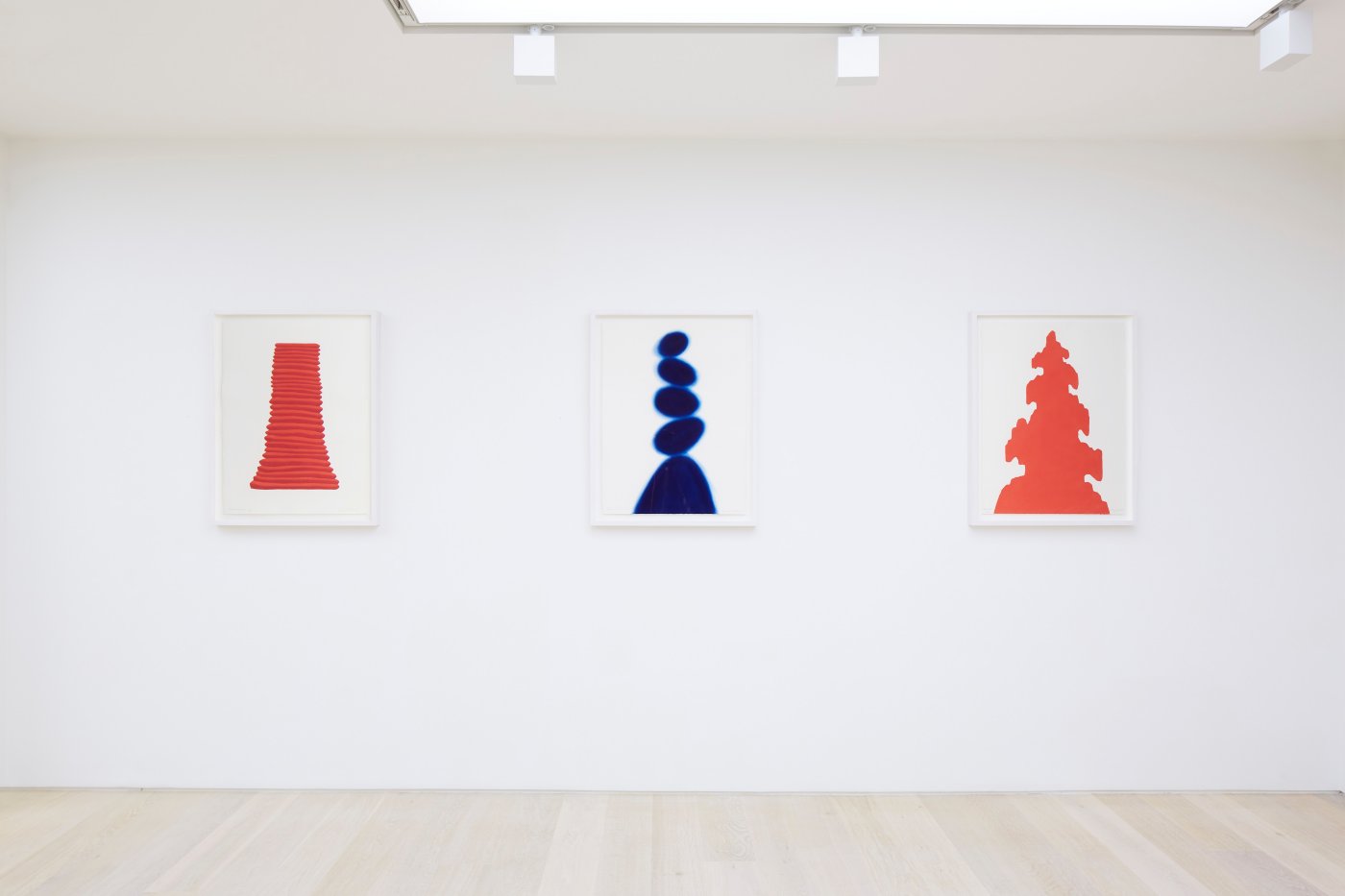 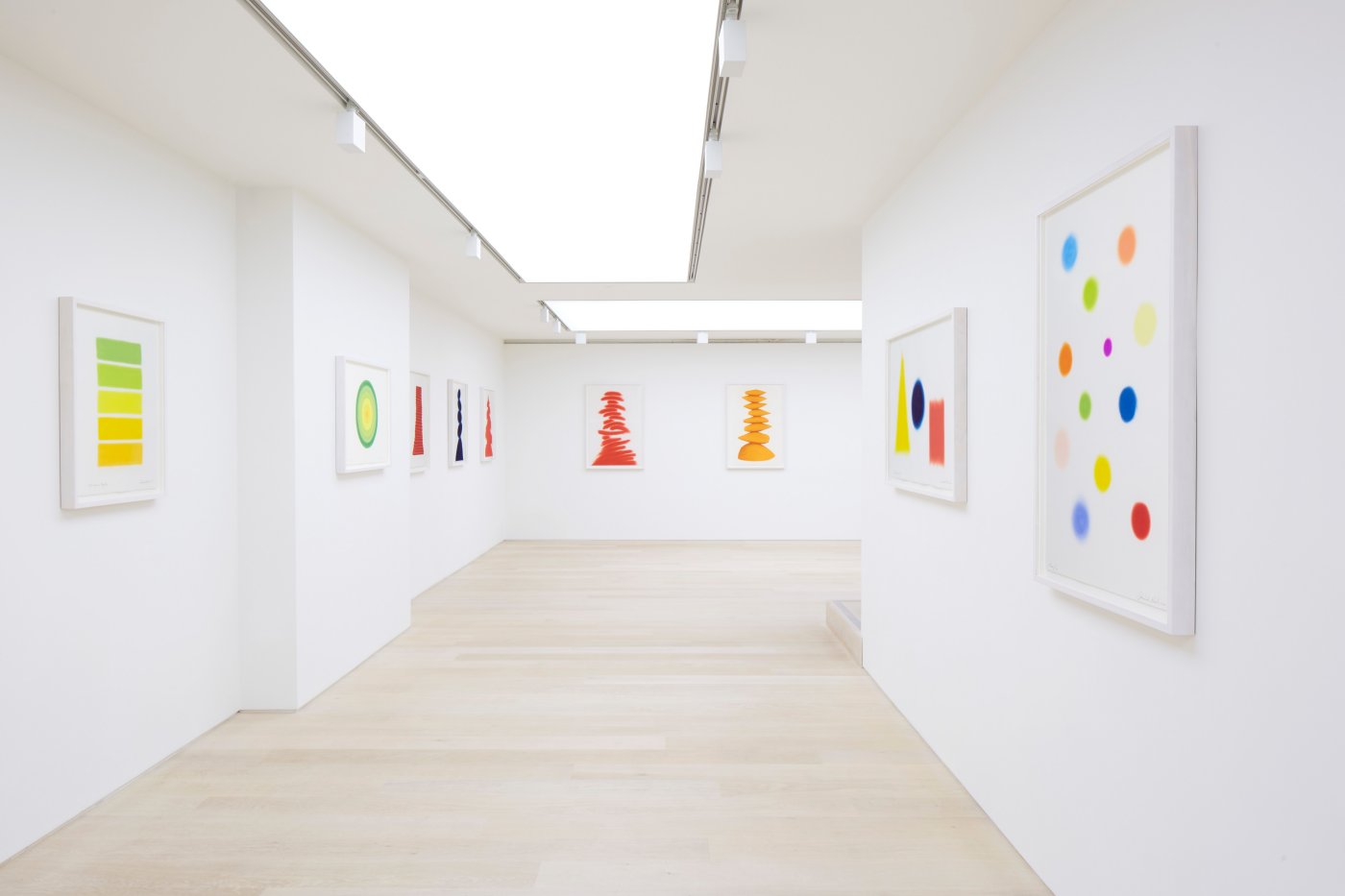 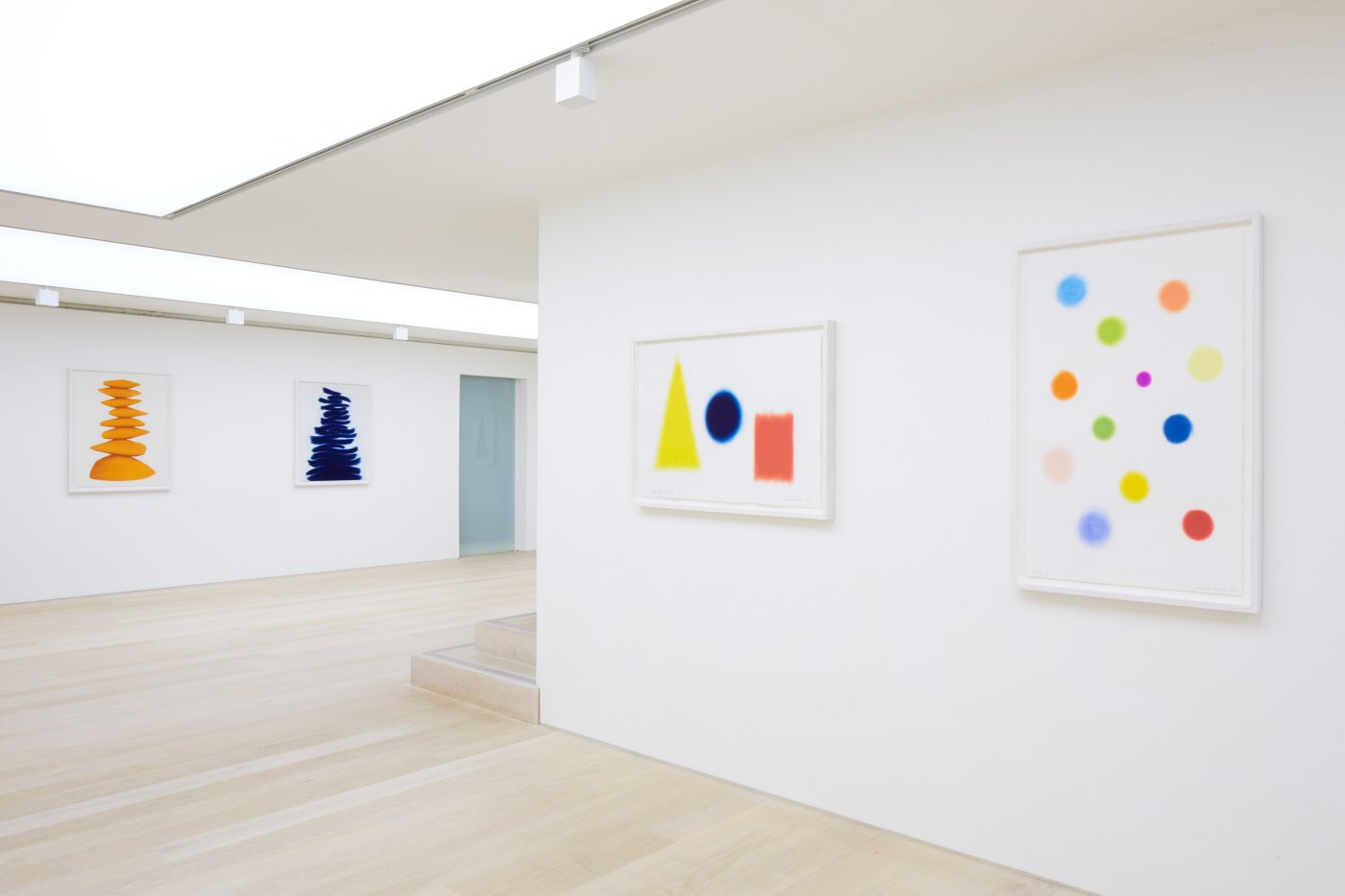 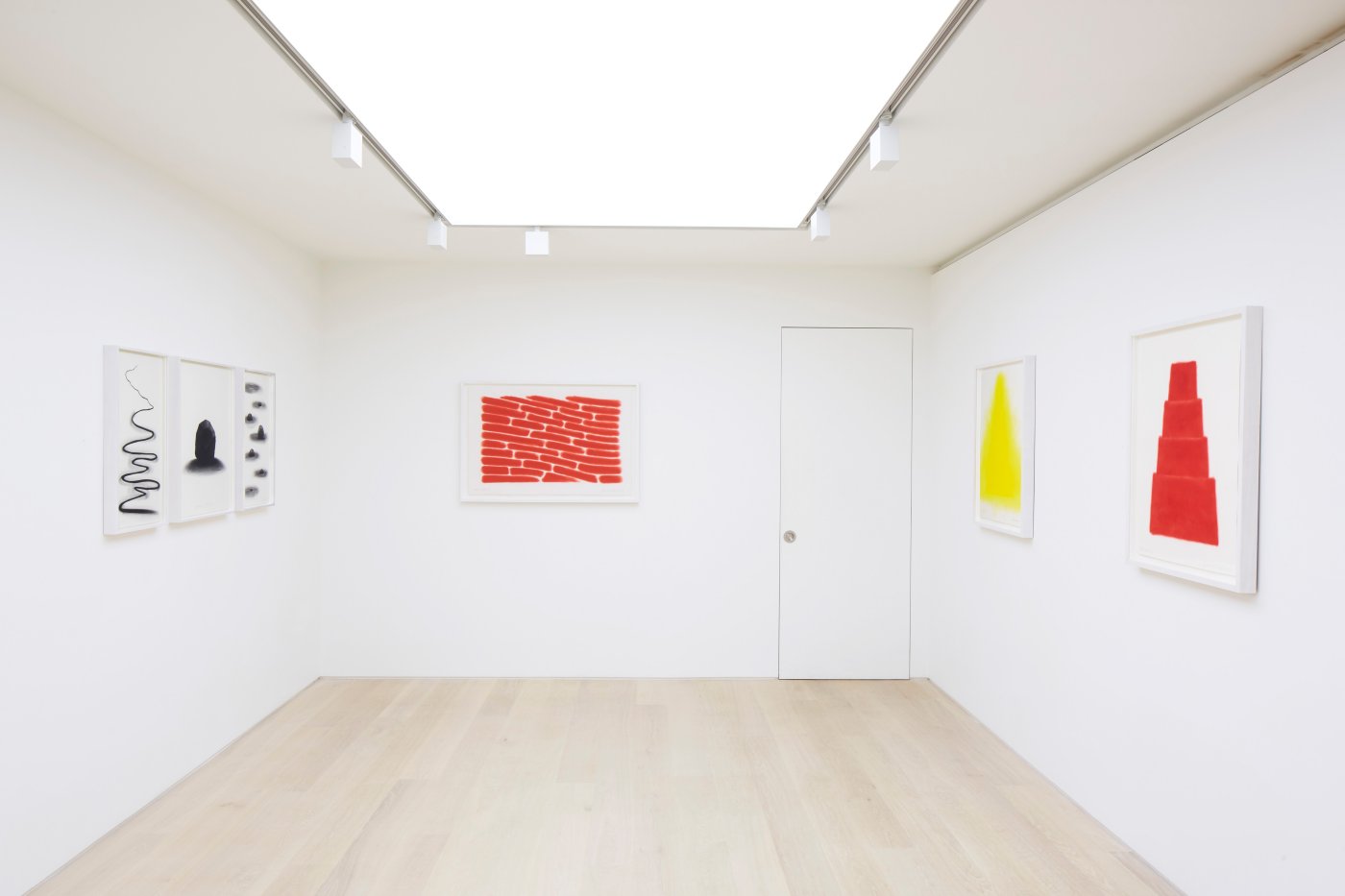 Based on Nash’s observations of nature and the rural landscape around his home in Wales, the works, which include depictions of trees, crags, and the changing seasons, foster in us, at a time of urgent ecological concern, a deeper understanding of the elements of the natural world.

New pastel stencil editions, displayed alongside those made over the past ten years, are made by Nash in his studio in the remote village of Blaenau Ffestiniog in North Wales. Nash explains; “Works on paper have always been a part of my practice. I use a specific thickness of plastic sheet and an extremely sharp scalpel. The pastel is applied by rubbing it into a fleece pad and then rubbing the loaded pad over the stencil. The result is then fixed. I have a studio specifically set up for this. The process is very dusty and requires efficient masks and frequent hand washing.”

Nash’s practice is a collaboration between the artist, his material and the natural world. The stack and the column are forms that have been of great interest to Nash throughout his career as a sculptor and appear in his pastel stencil editions. Red Stack, 2020, and Blue Stack II, 2020. These originated from watching a shadow of a cherry branch in leaf on a terrace floor continually changing as the branch shadow moved in the wind. A memory of shade under a tree, also inspired Blue Shade, 2019.

Nash’s choice of colour is informed by his observations of the changing seasons. Oak Leaves in May 1 and 2, 2019, are inspired by Nash’s constant awareness of the oak trees which he passes on a daily basis. Nash comments; “I noticed when daily passing a stand of oaks in May that the leaves were just starting to emerge from their buds. Some of the oaks were more advanced than others. Ones coming later were very small and an amber gold, and the ones more advanced were a little larger and yellow. As the days passed the early oak leaves grew larger and progressed to a light green as the chlorophyl evolved and then to a deeper green. I worked through my colour range and finding more pastels locally I discovered the colours that represented this evolution.”

Whether it be sculpture, installation or drawing, Nash continues to engage with the forces of nature to dictate the direction that his creations will take, providing pause for thought at the unique temporality of the natural world.

Sculptures, drawings, and photographs by Nash are currently on show in a solo exhibition entitled David Nash: Return to Grizedale at Grizedale Forest, Cumbria, until 12 December 2021. A solo exhibition of David Nash’s drawings opens at Yorkshire Sculpture Park, from 19 February – 5 June 2022.