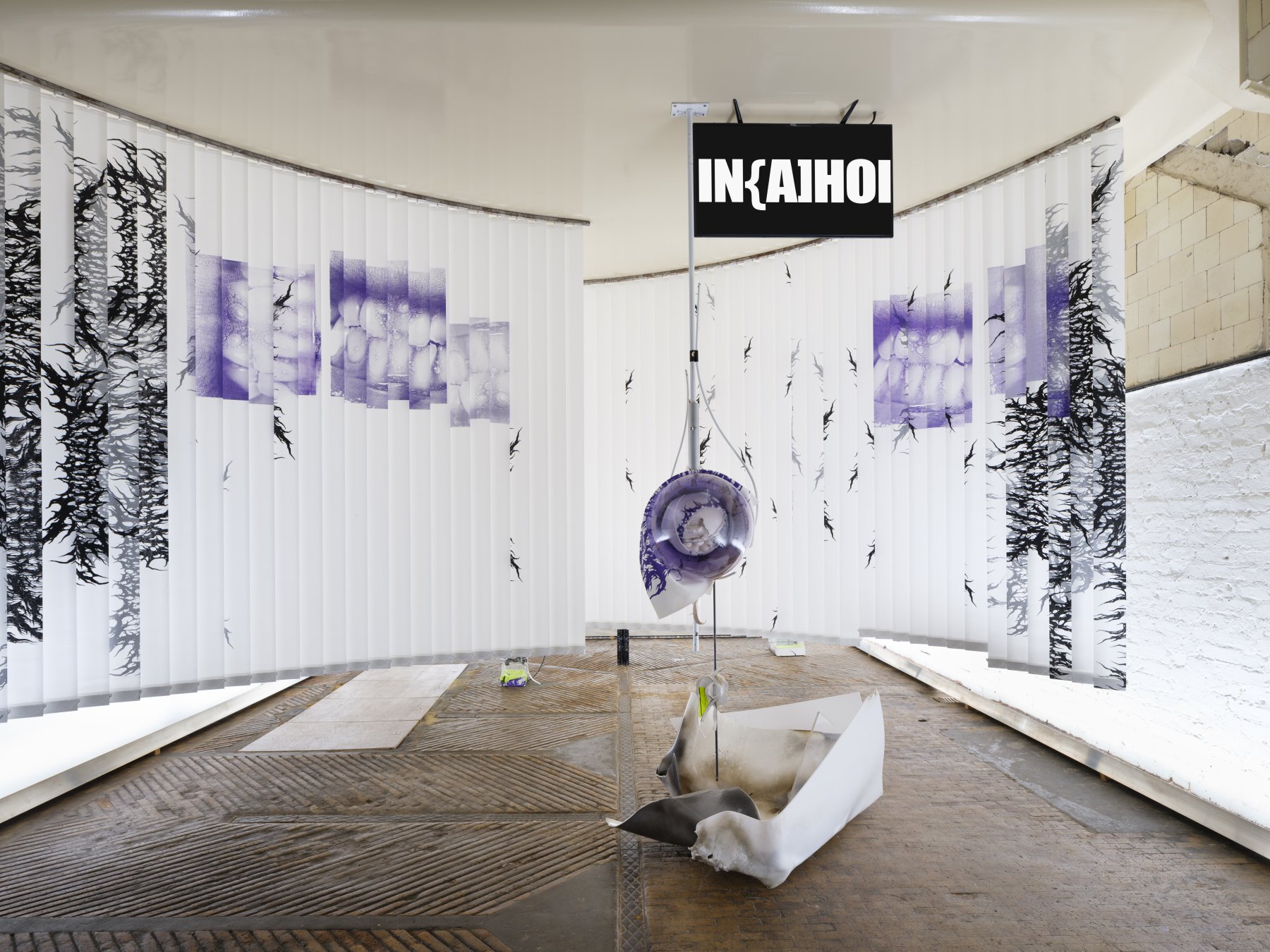 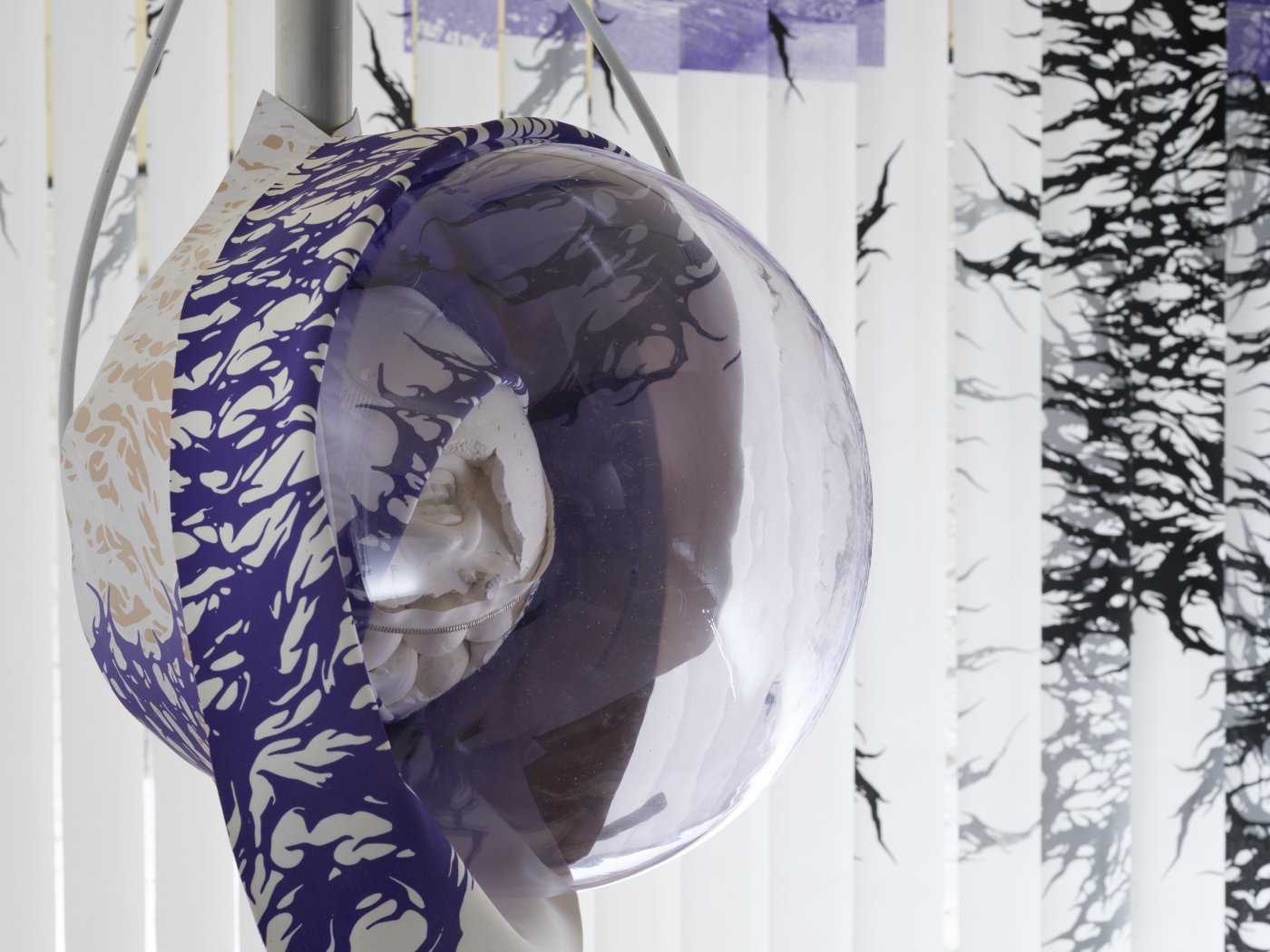 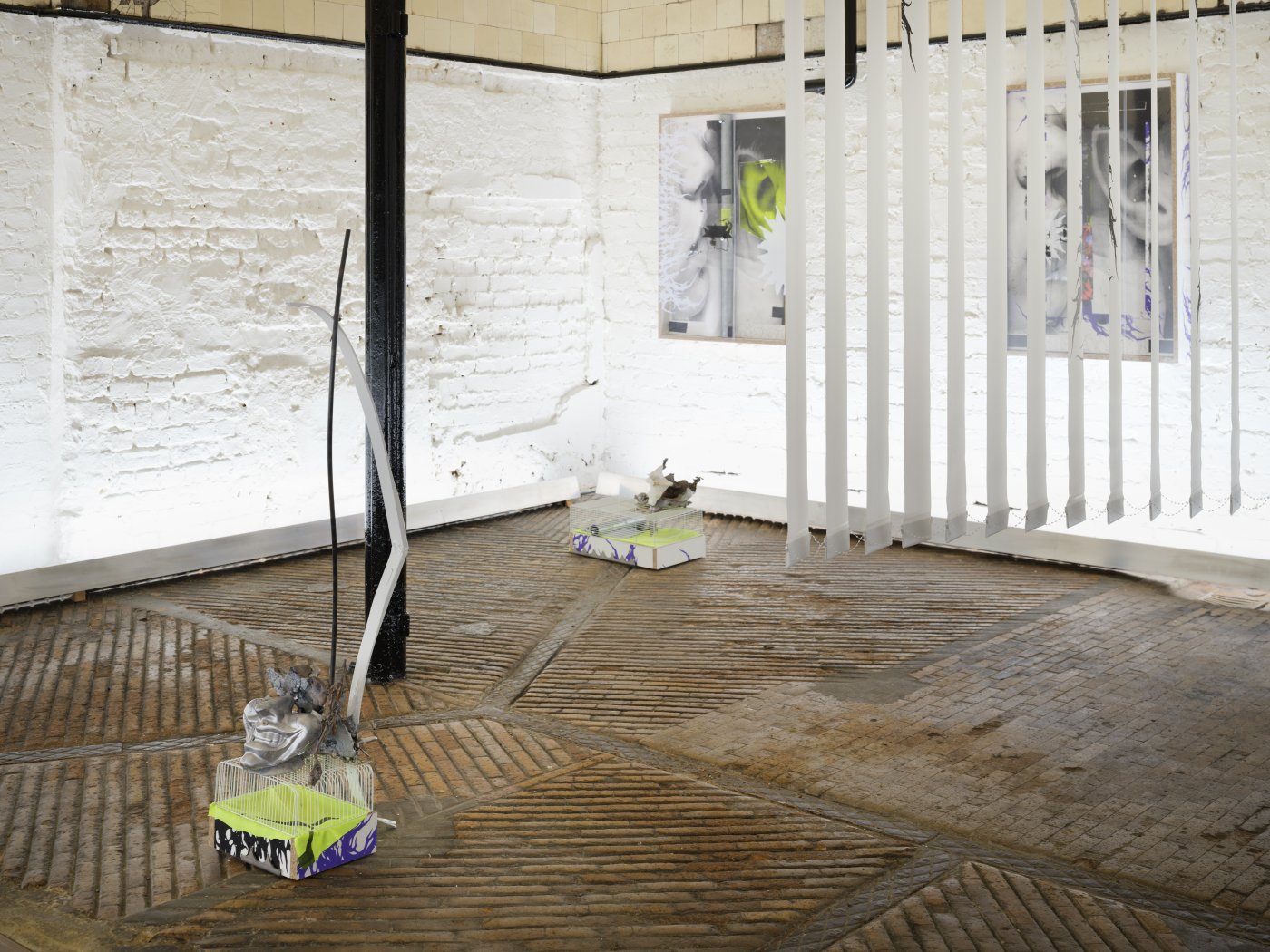 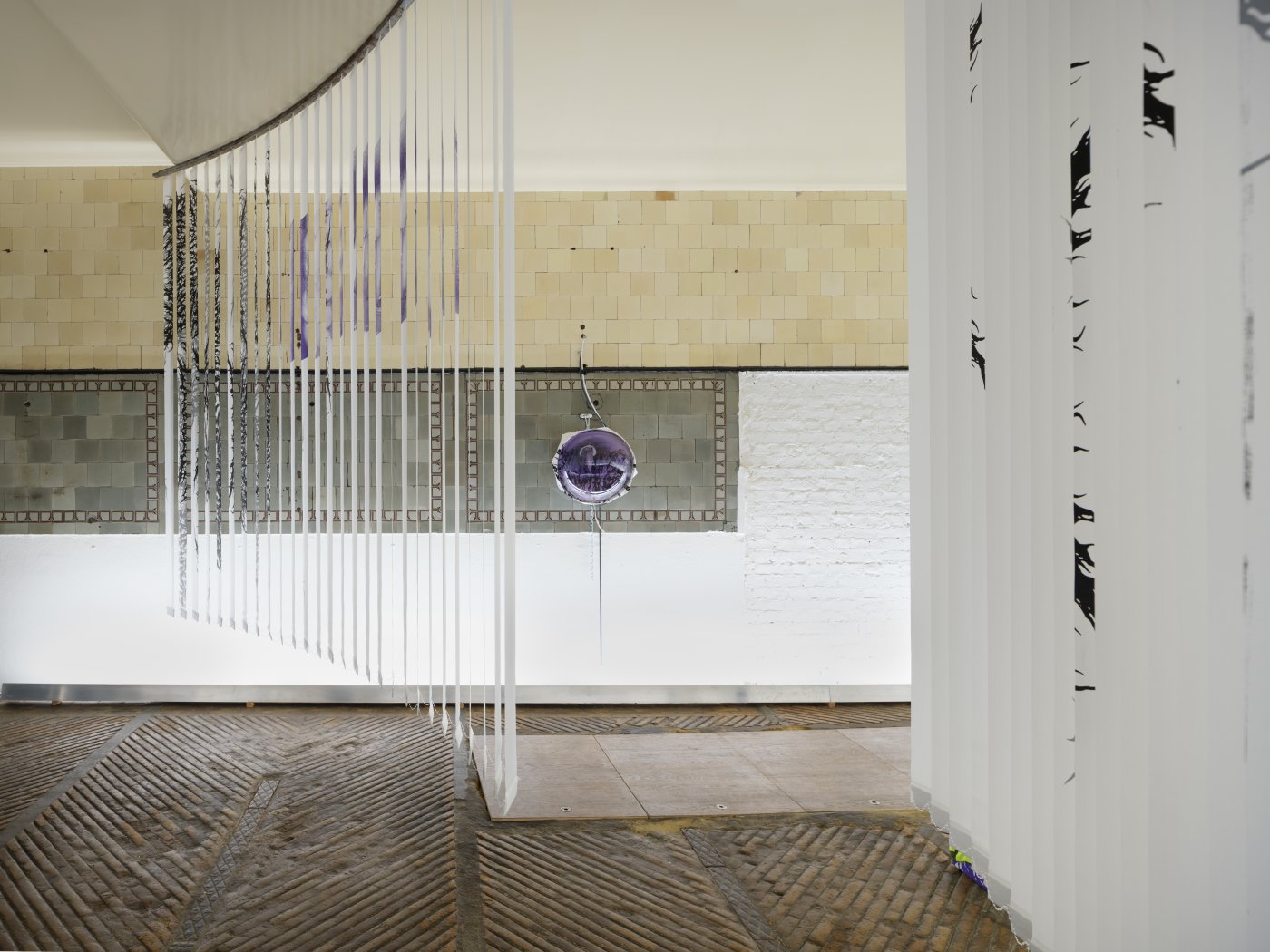 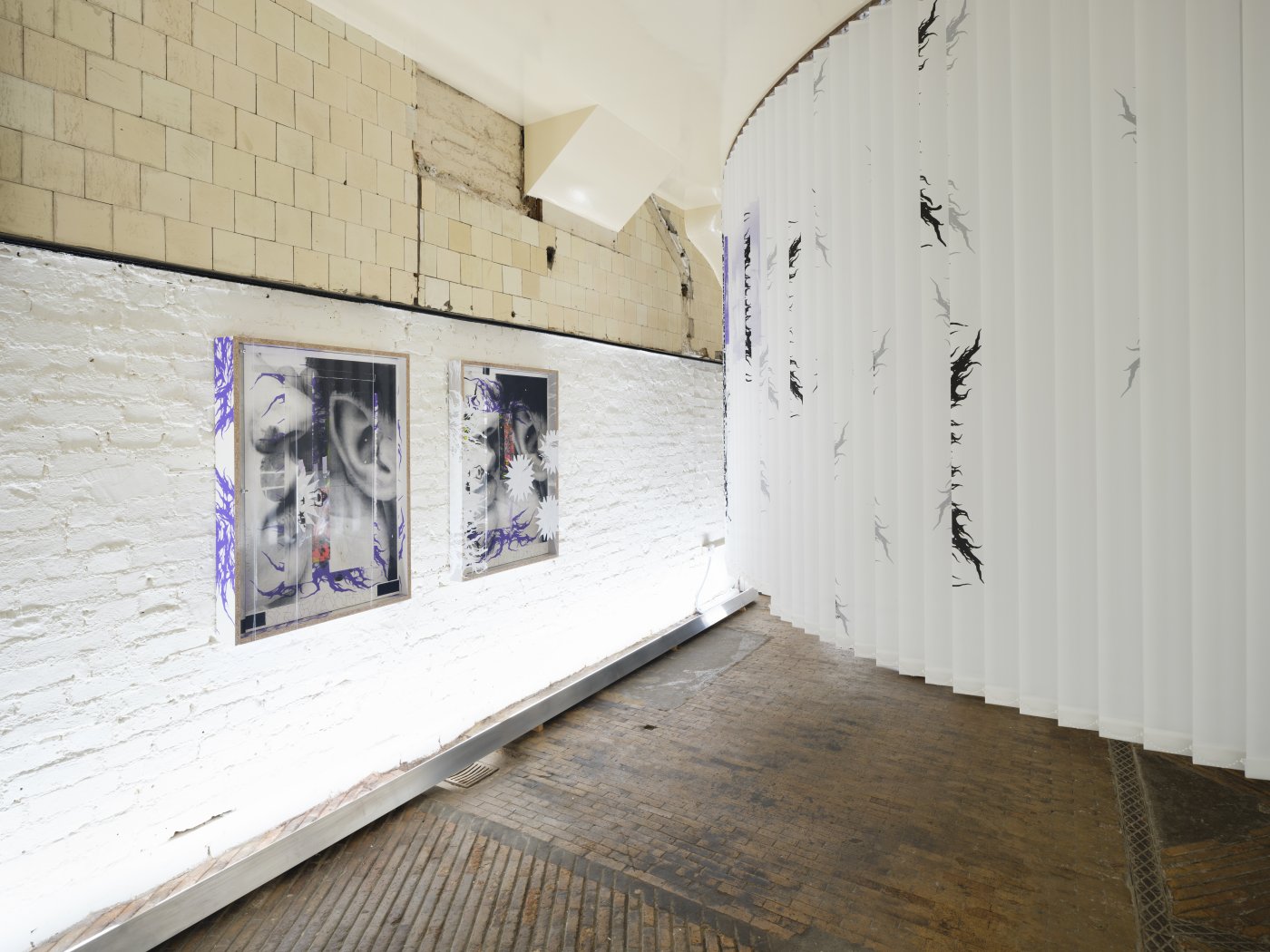 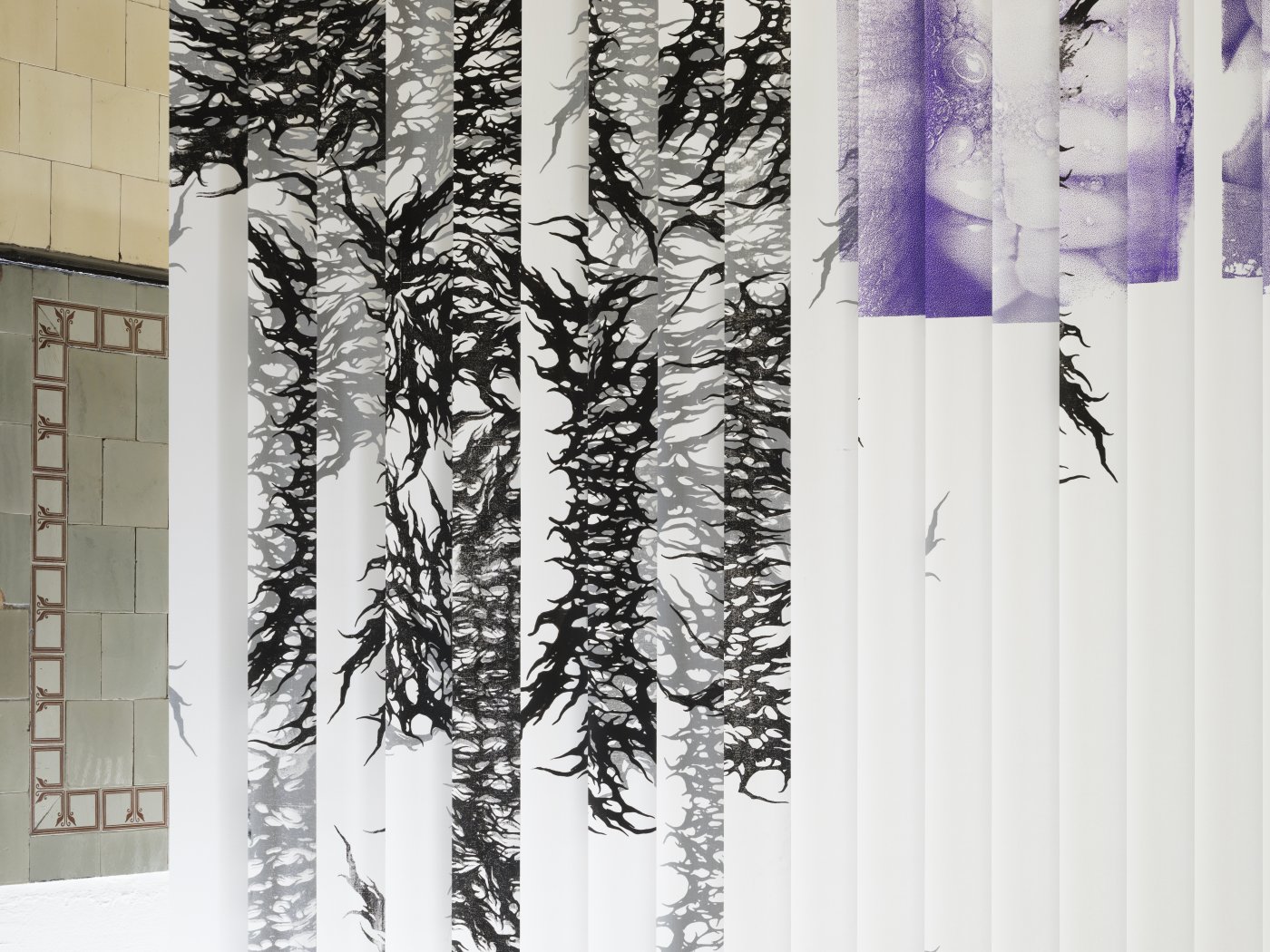 To enter David Douard’s work, is to pass through a threshold. It is as if you walk inside a mirror and look at the present from an inverted perspective. The structures that make up networked hyper-realities of the everyday turn inoperative and disintegrate. The often-unnoticeable elements that maintain these structures attain presence, autonomy and form new constellations. What is left is a chaotic hybrid environment where materiality and immateriality have collapsed onto one another, and where differing forms of language flow freely.

For his second exhibition at Rodeo, O’ thee lil’, David pursues a series of works initiated in his solo show at Paris’ Frac Île-de-France in September 2020.

Here again, materials such as aluminium and bronze no longer exist in support of systems of language, but rather become language themselves. Internet sourced texts gain physicality, found and made objects take on a new presence. Their once fixed meanings turn fluid, morphing continually, becoming viral.

In Piraeus and London, we perceive the fossilisation of digital flux and feel a continuous tension in objects where hybrid elements hold onto each other, imbricated in a repetition of symbols evoking flow and transmission of language. There is a sense of togetherness, of proximity and distance, of a collective self in which individual bodies can exist anonymously.

David Douard is fascinated with anonymous movements, an interest which he has crystallised in the Joker’s mask. To him, they recall a political commitment, the way James Ensor’s paintings would. One could say what he seeks to achieve is to make a digital presence physical, or material, through the objects he creates.

A language binds these two shows: one of the appropriation of restraining spaces, of the corruption of sleek surfaces, present both in the digital and physical worlds which David melts together in a unique preoccupation.