Gazelli Art House presents Traces of Modernism, the first solo exhibition of the artist in the UK. Selected works represent a range of Diao’s artistic exploration since the 1980s to the current time. 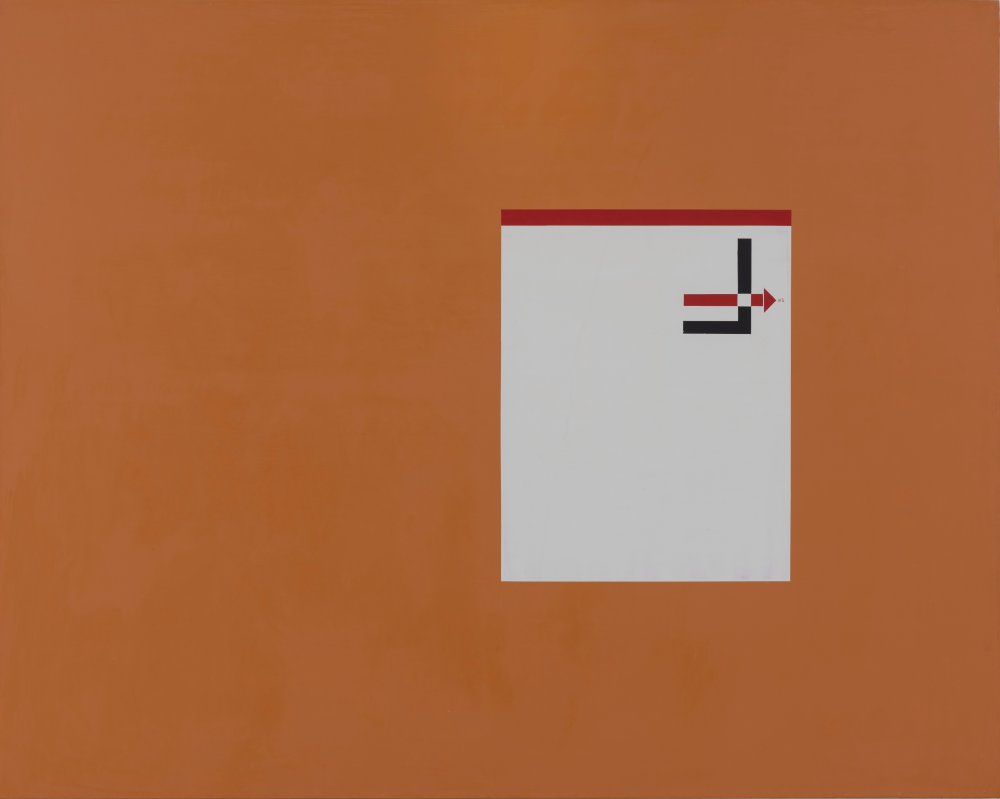 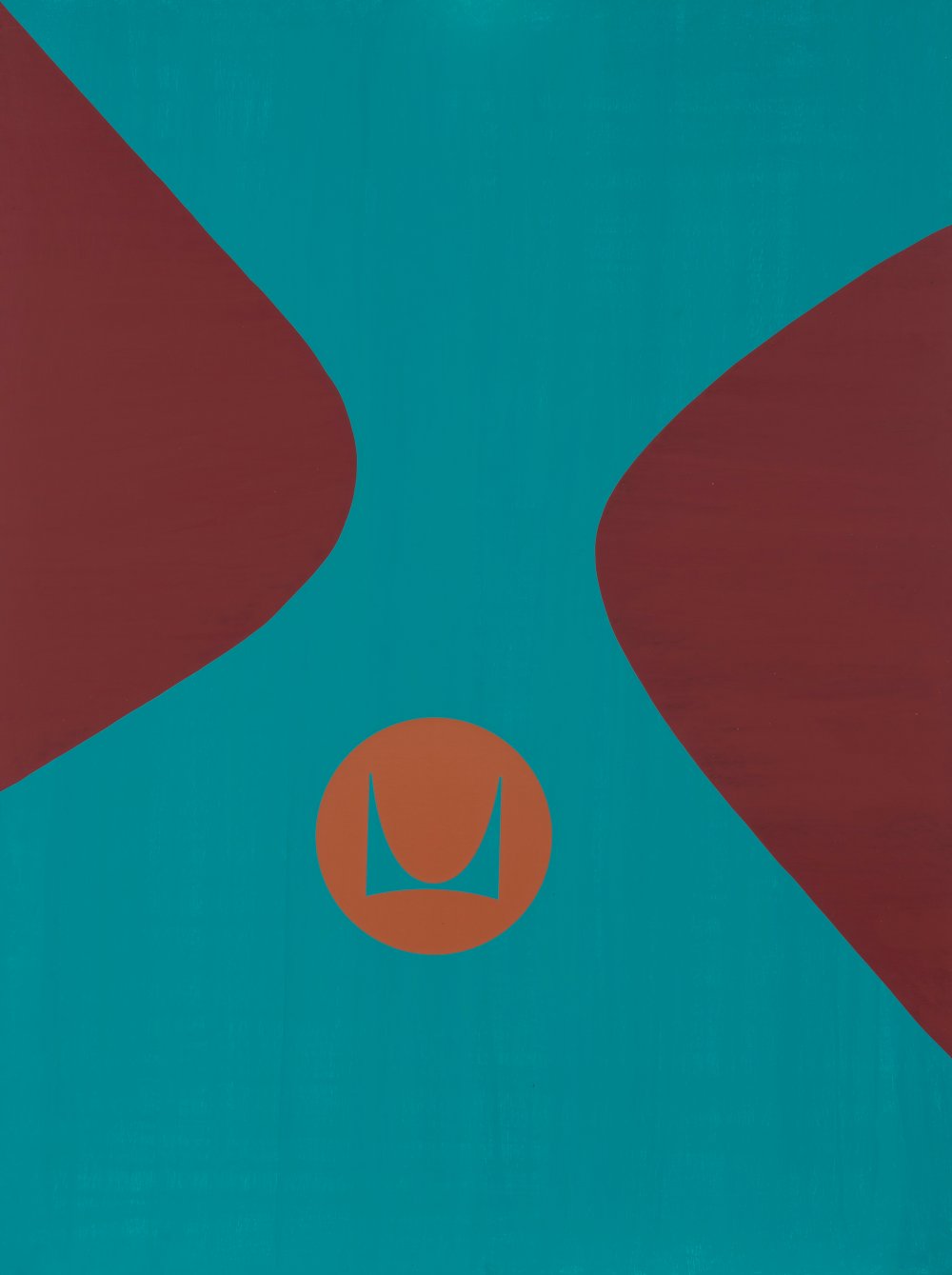 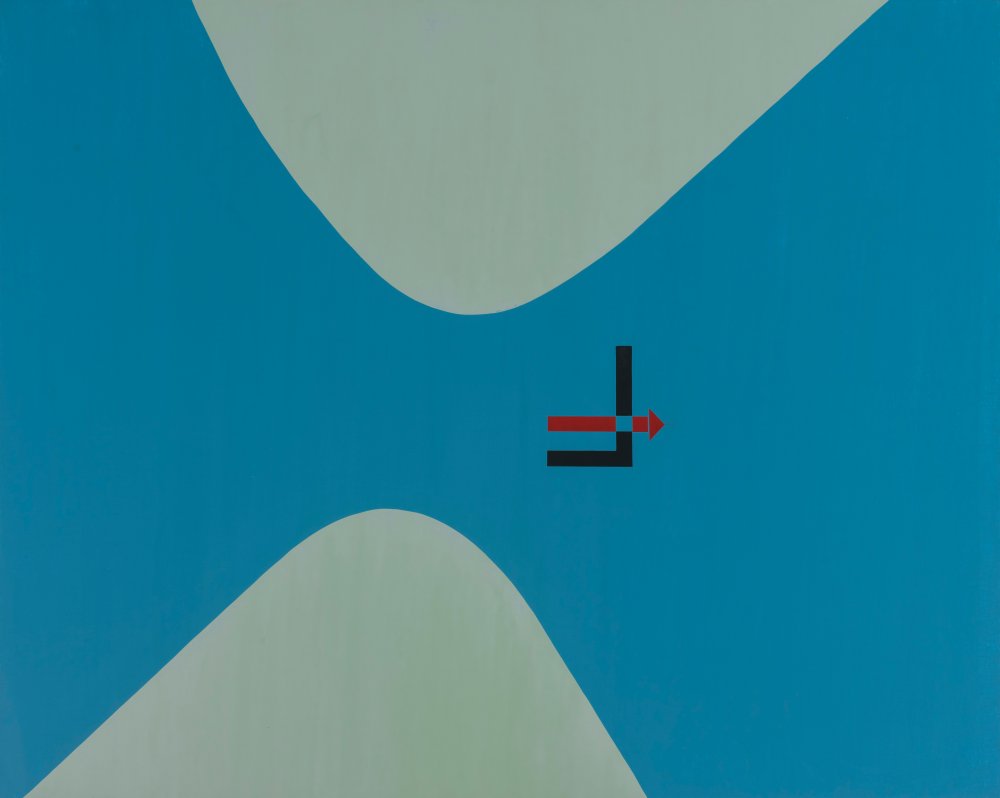 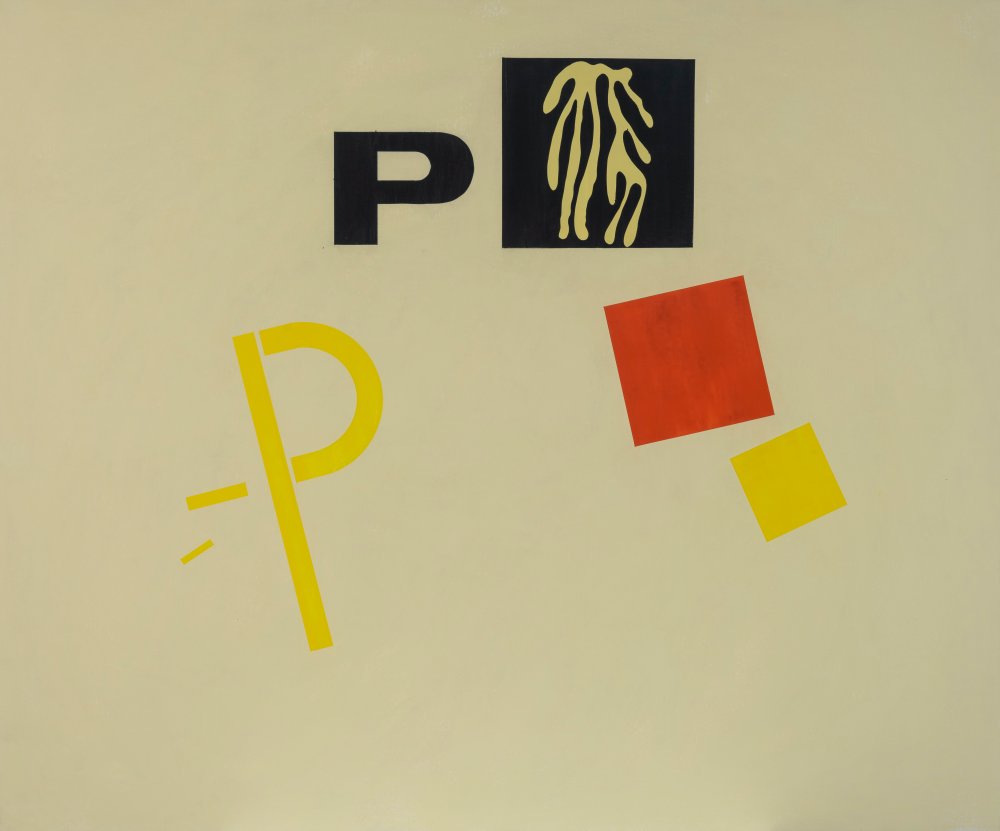 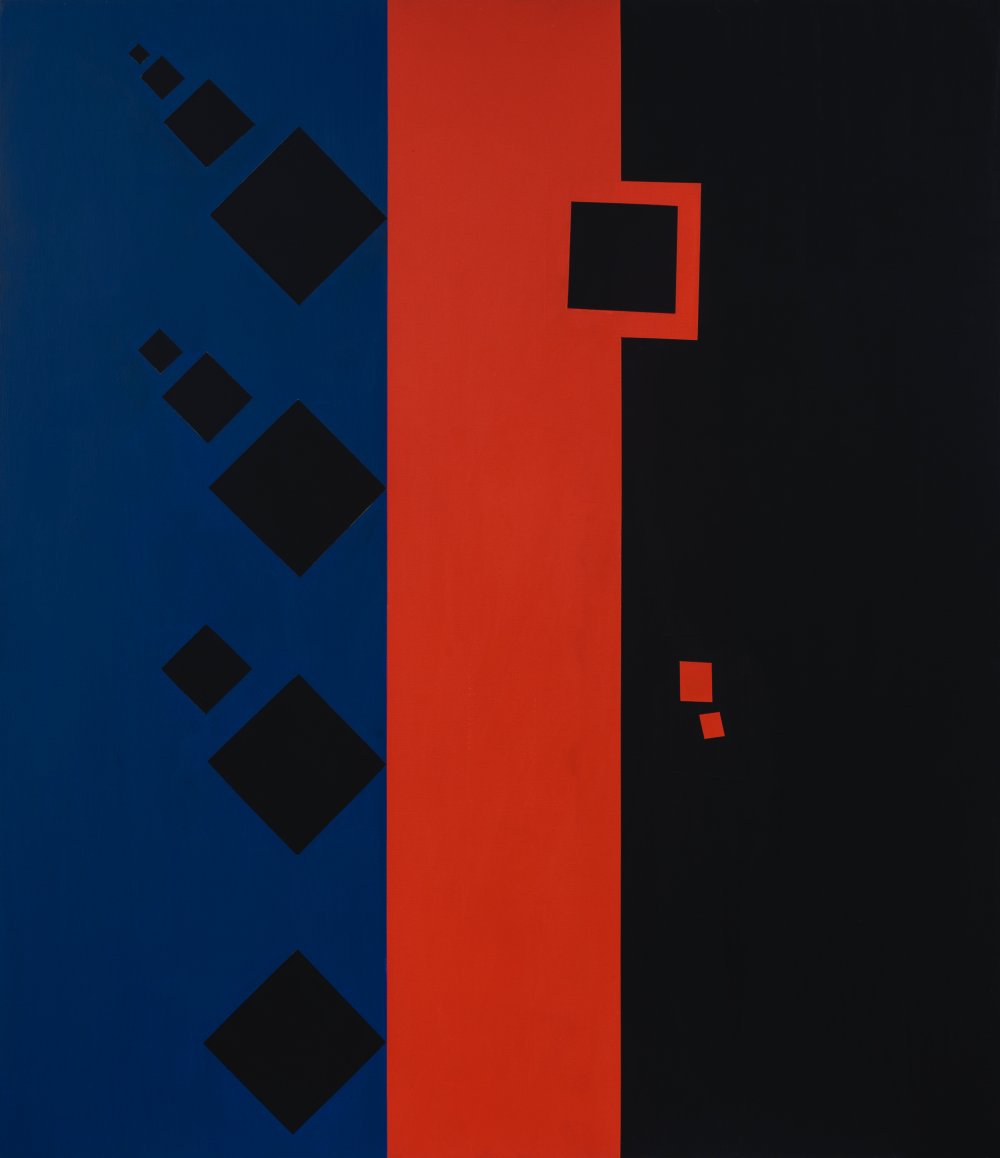 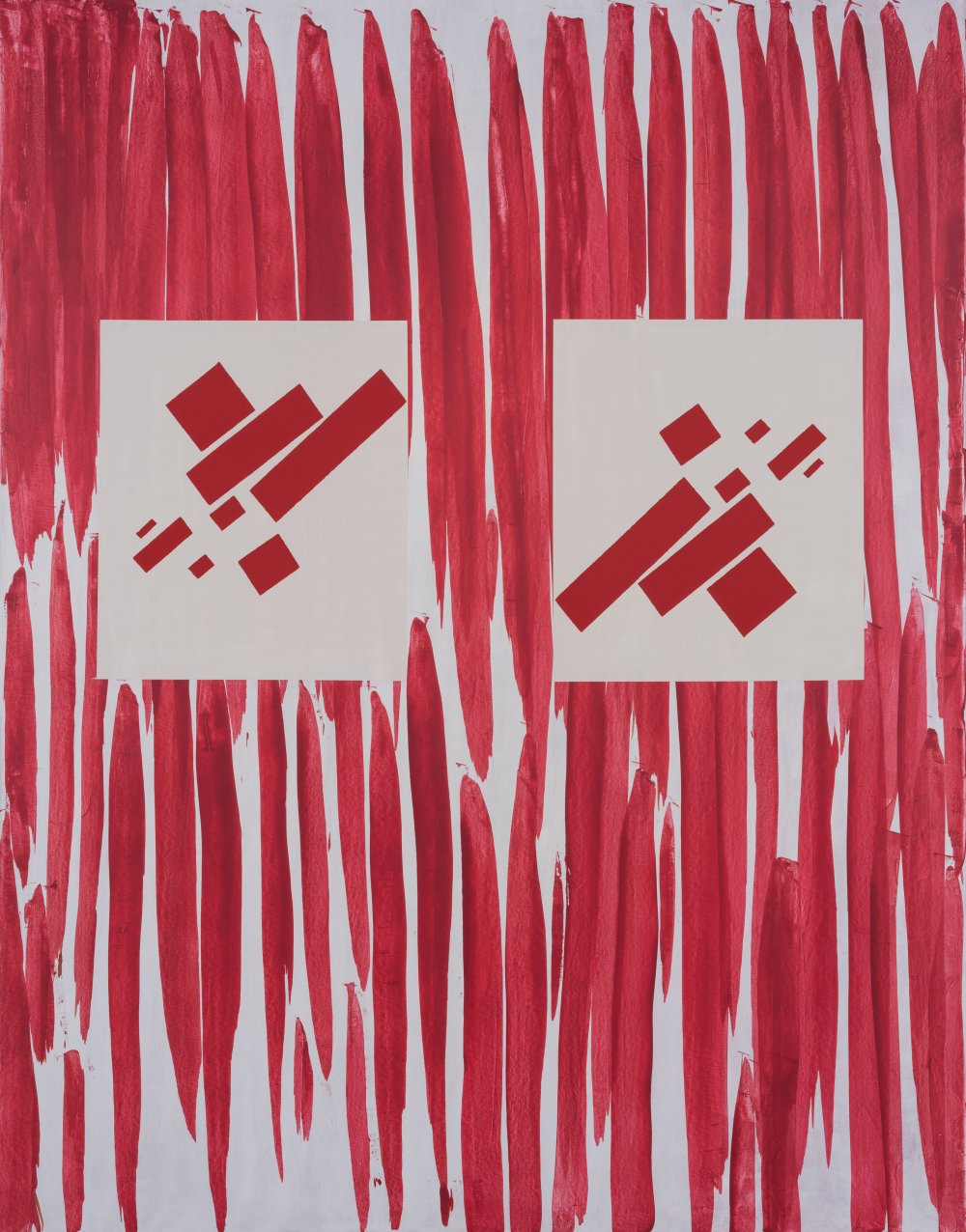 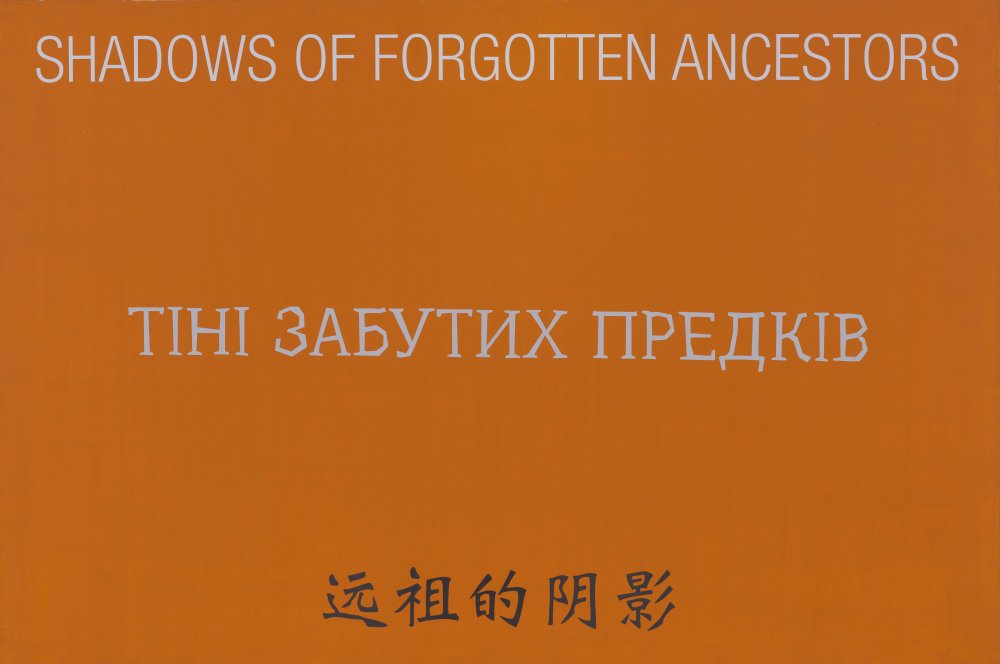 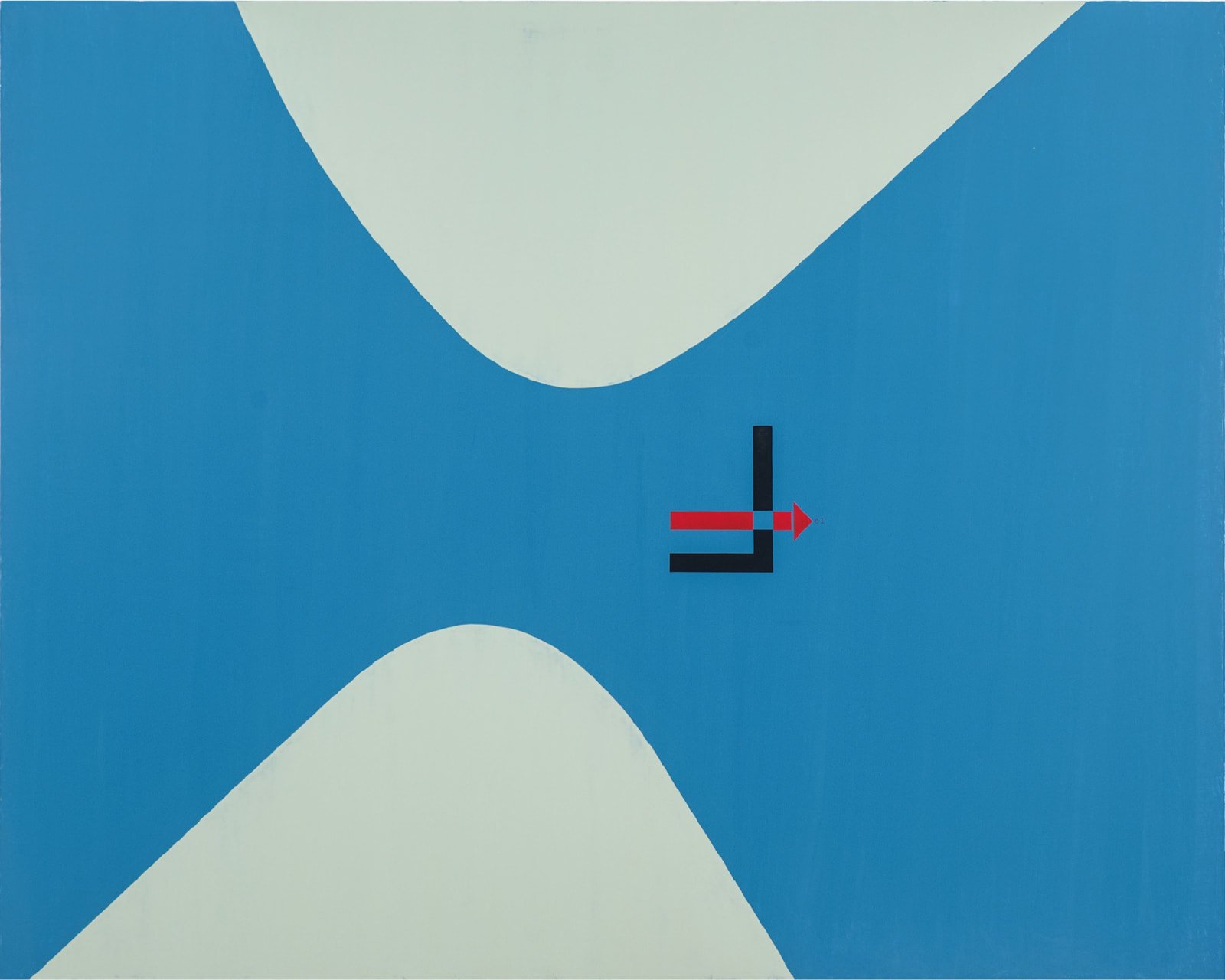 Born in 1943 in Chengdu, the artist immigrated to America through Hong Kong, and spent most of his life and career in New York. Diao is well known for interweaving modernist formalism with avant-garde iconography, identity politics, and his personal histories.

The exhibition features historical works including Untitled (red black and blue) and Mining your Ps and Qs that demonstrate a drastic turn in Diao’s artistic career: previously working solely with abstract painting responding to the Modernist canon, the artist started to experiment with silk screened images, vinyl lettering, hand- drawn marker, and painted words, reflecting on his complicated heritage as a Chinese immigrant in America.

A selection of his later works on display El Lissitzky Monogram, El Lissitzky Letterhead, El Lissitzky / Herman Miller and Hiding in Plain Sight presents an example of the artist’s interest in the ways which iconic figures and schools of the twentieth century portrayed themselves in utilized imagery such as logos and signatures. The artist, famous for incorporating graphic design in his works, reimagines epochal signs such as El Lissitzky and Henry Miller’s monograms, in the latest series of paintings.

The exhibition aims to showcase how the formalism of David Diao’s works is combined with the innovative use of mediums and visual representation of different epochs. Widely shown in America and China (Diao’s works are in the collection of Museum of Modern Art and Whitney Museum of American Art, New York, U.S.A., the San Francisco Museum of Modern Art, San Francisco, U.S.A., the Hirshhorn Museum and Sculpture Garden, Washington, U.S.A., the Fonds National d’art contemporain, Paris, France, the M+ Collection, Hong Kong, and the Taipei Fine Arts Museum, Taipei, among others).