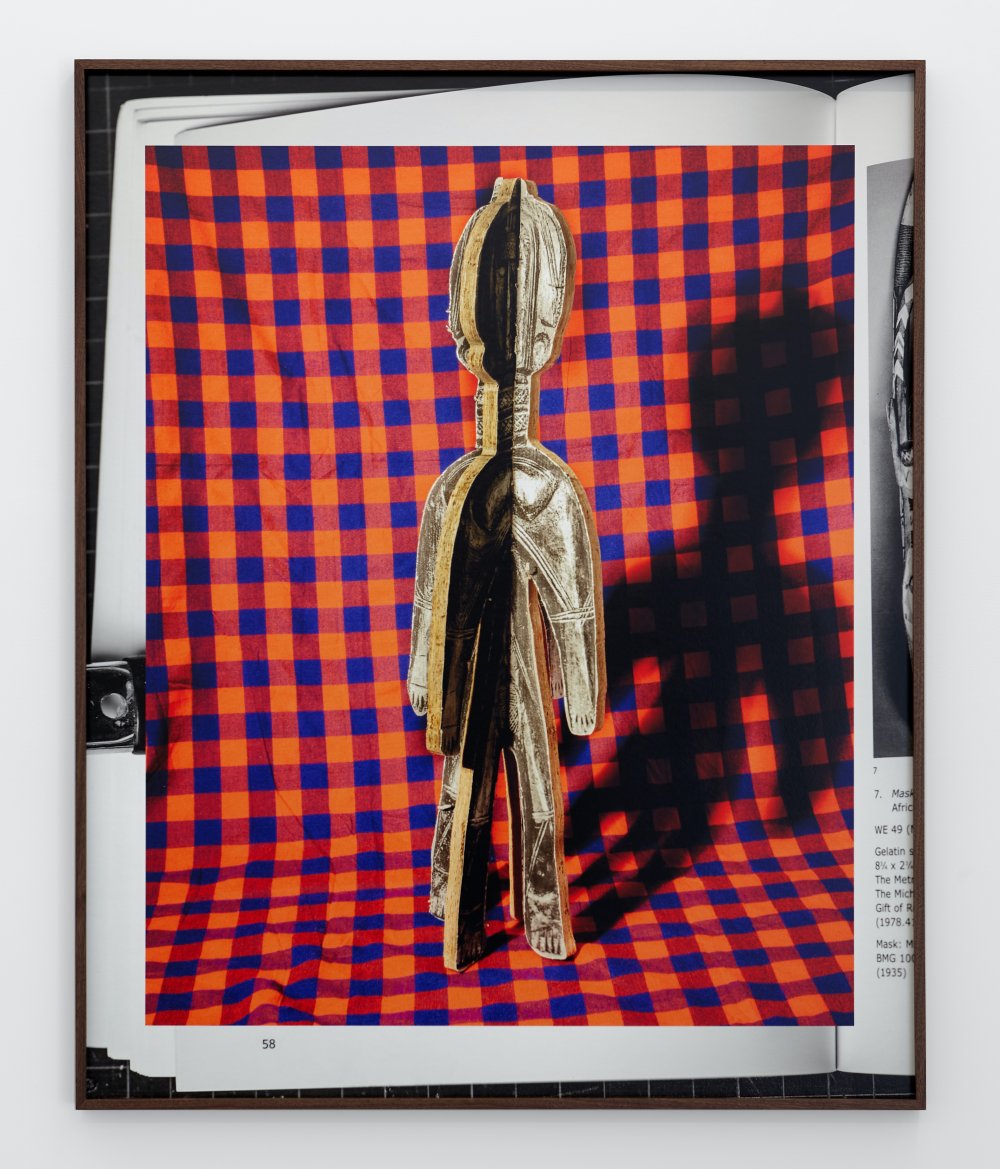 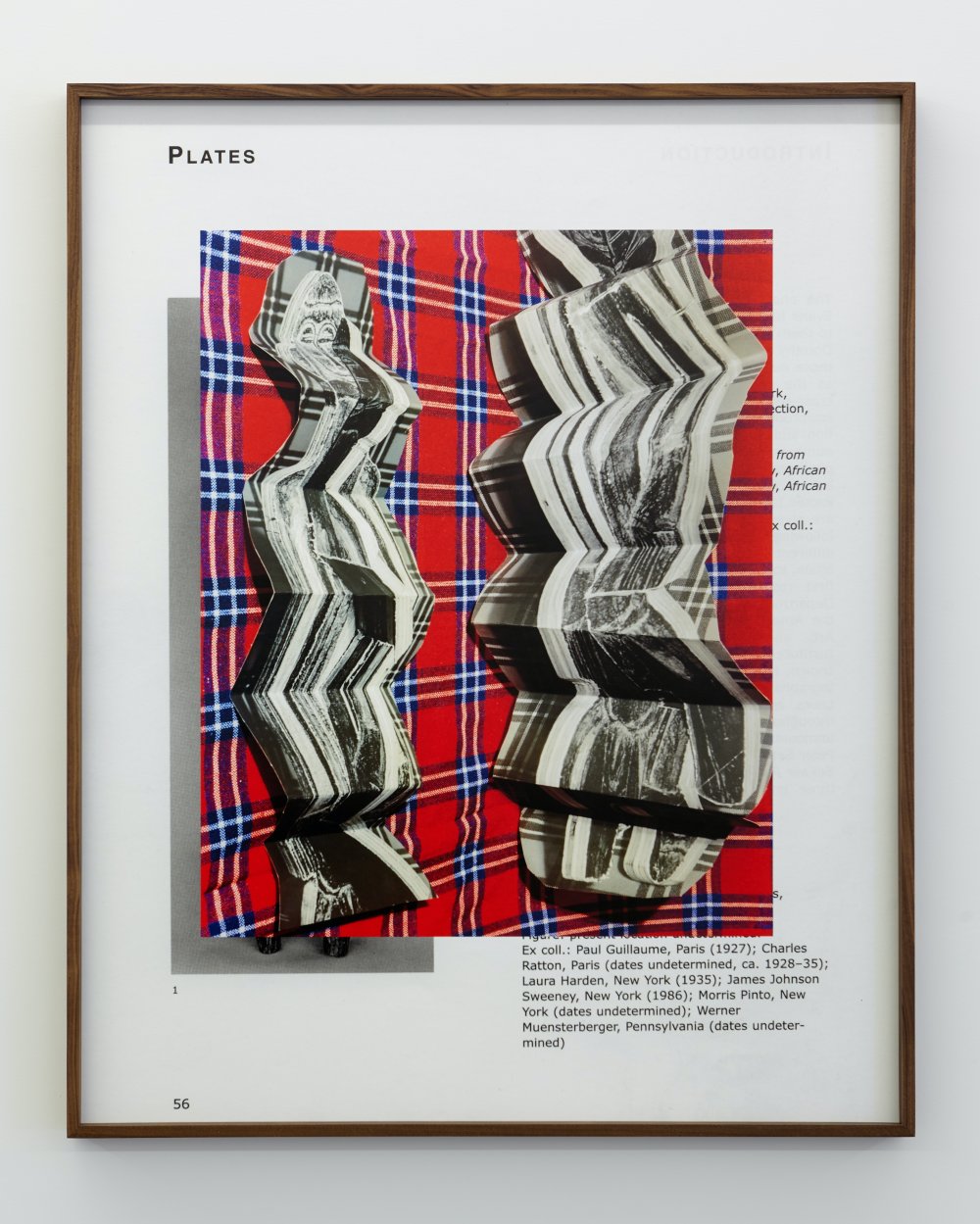 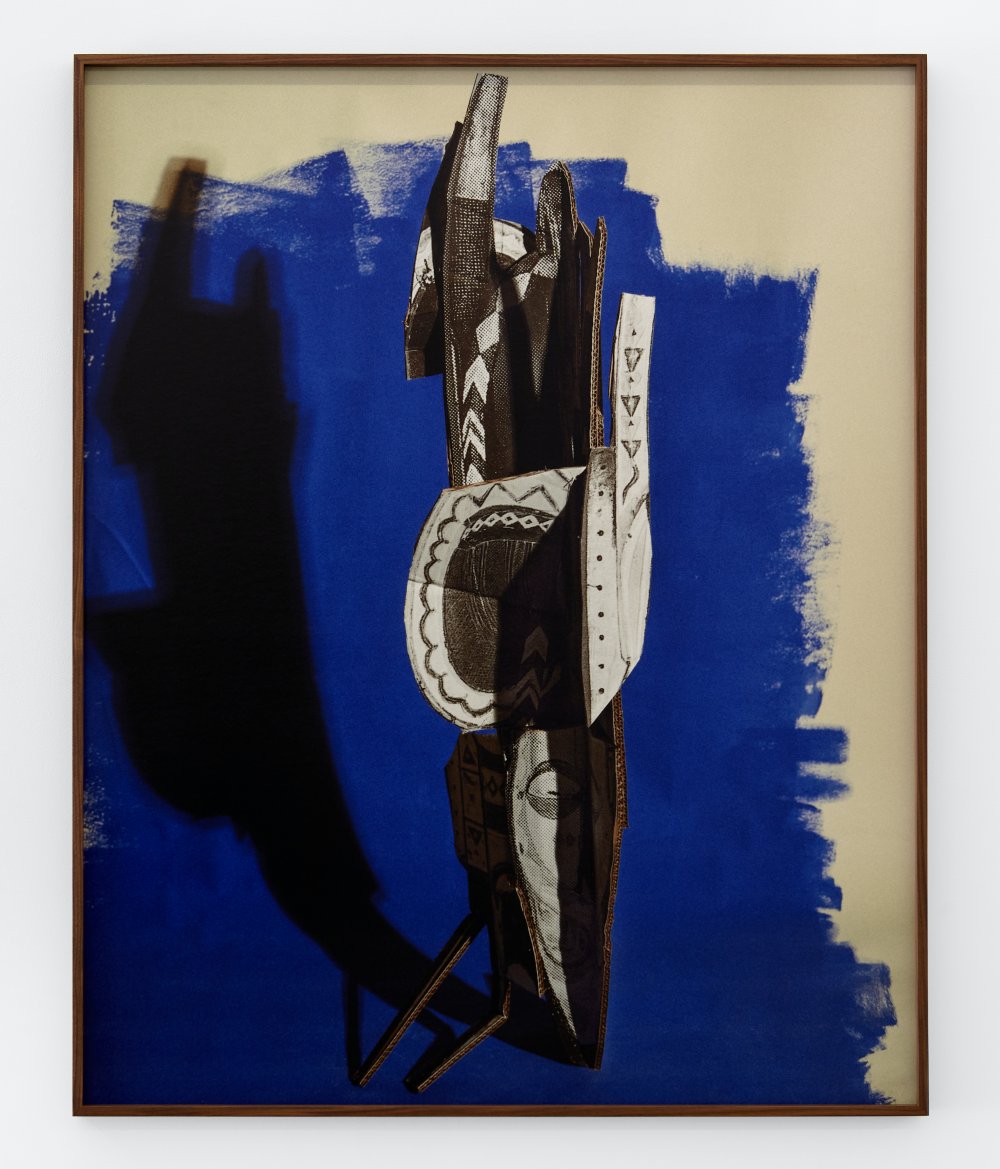 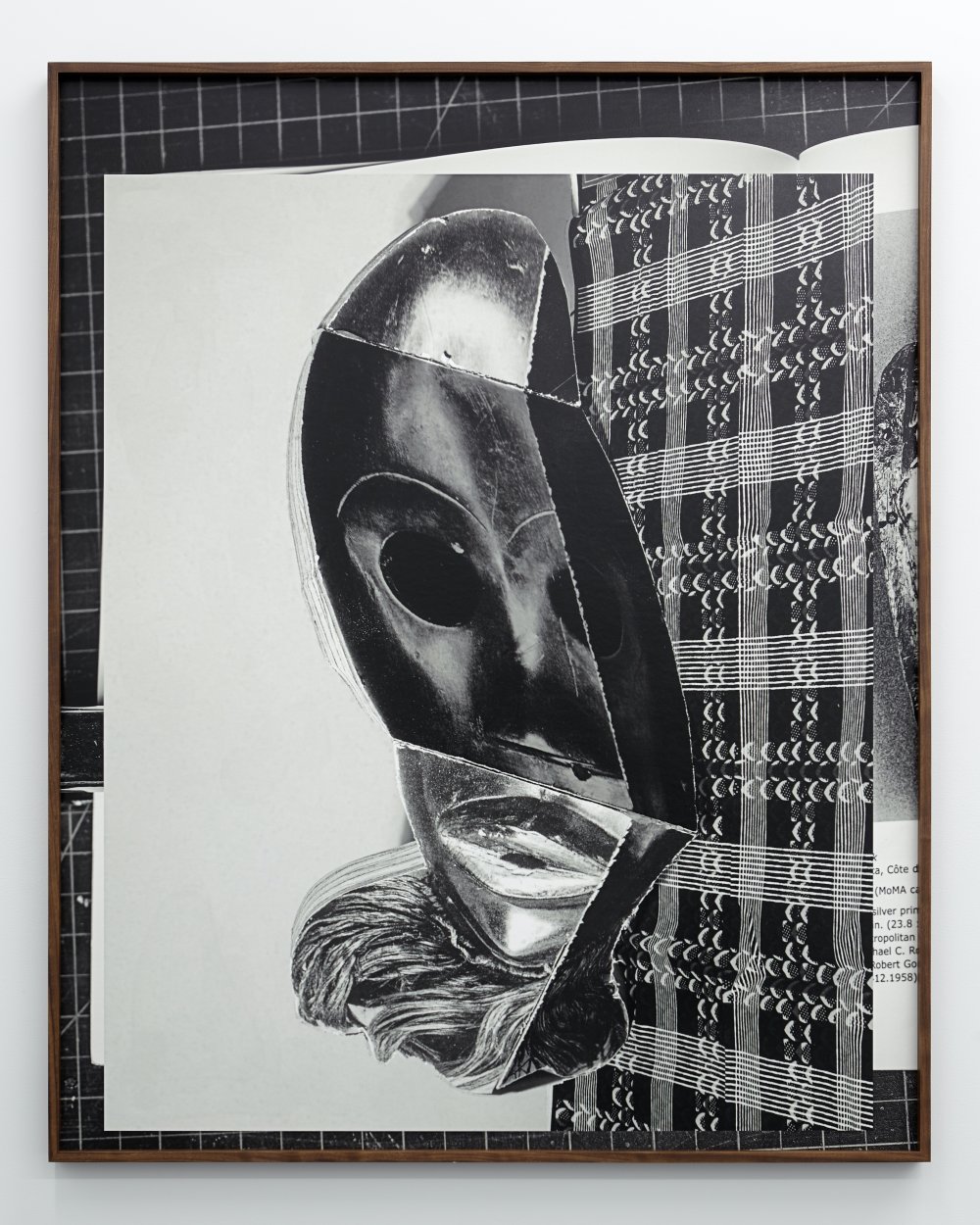 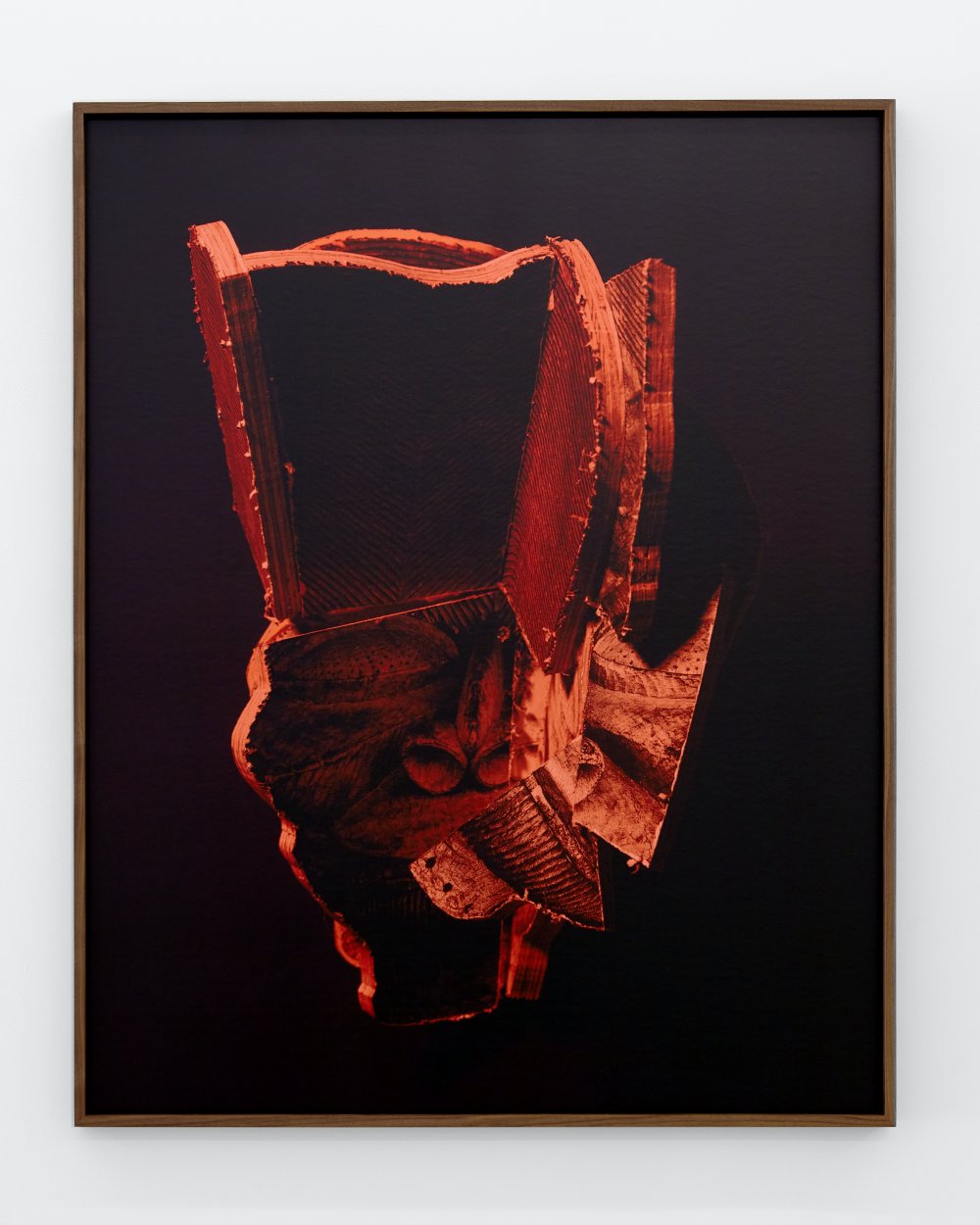 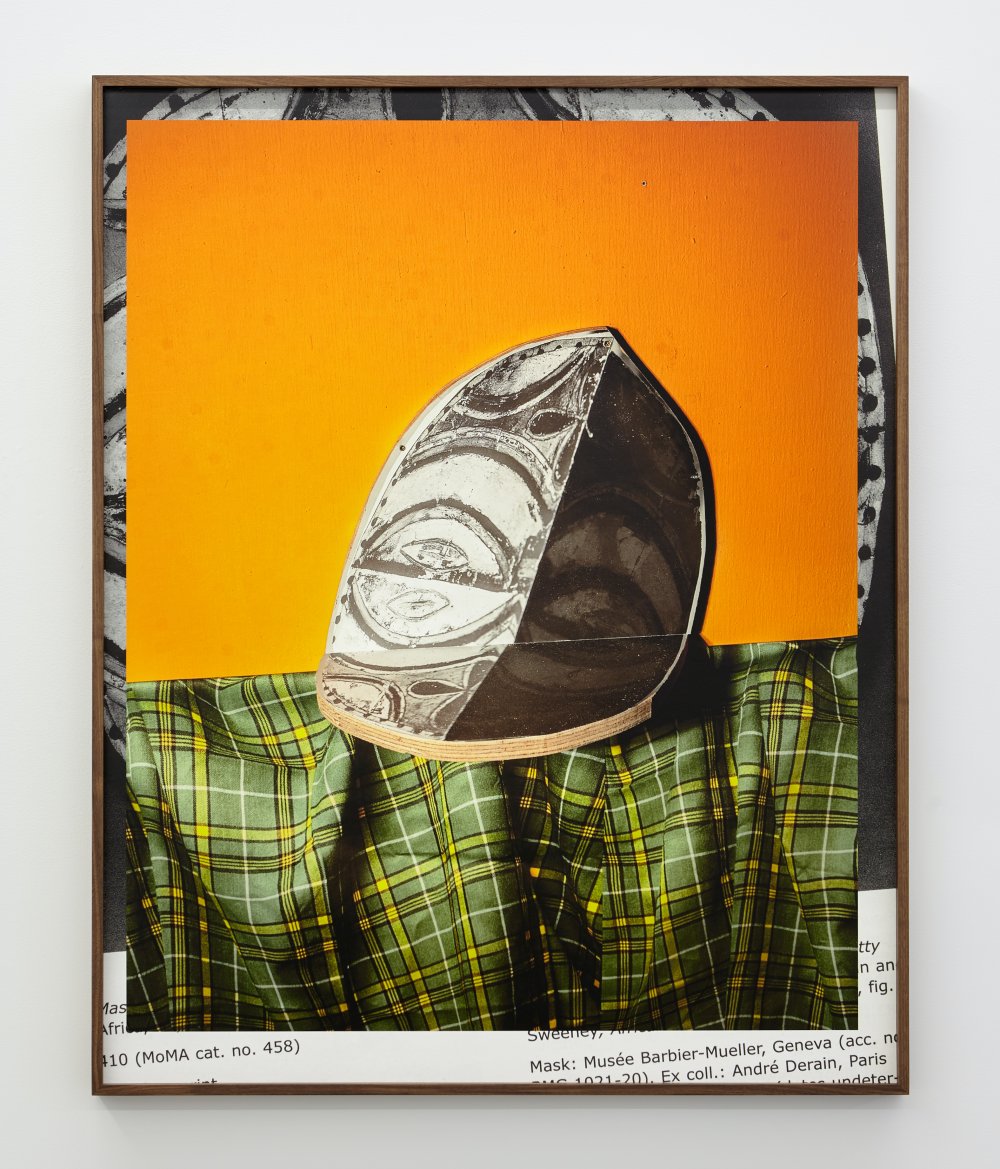 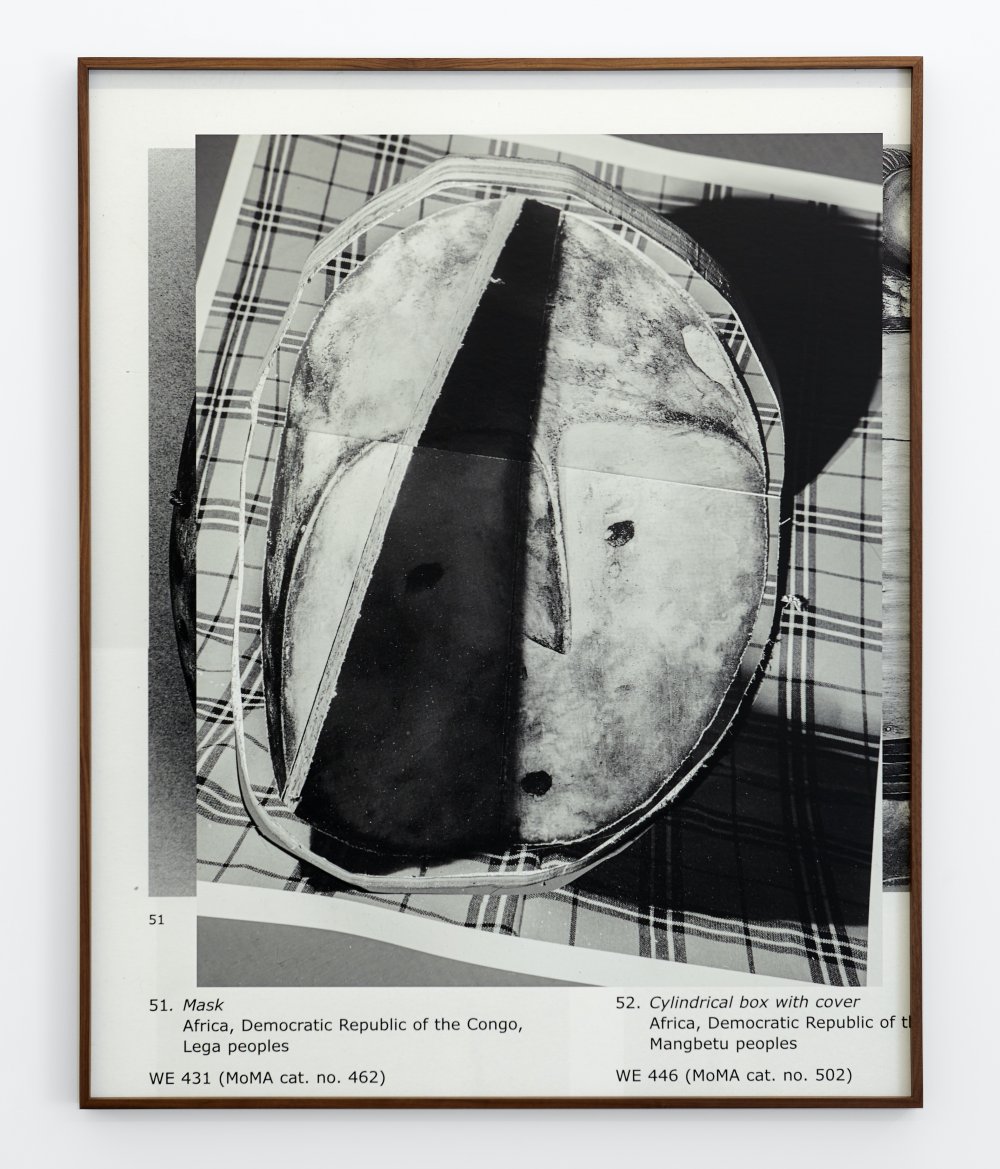 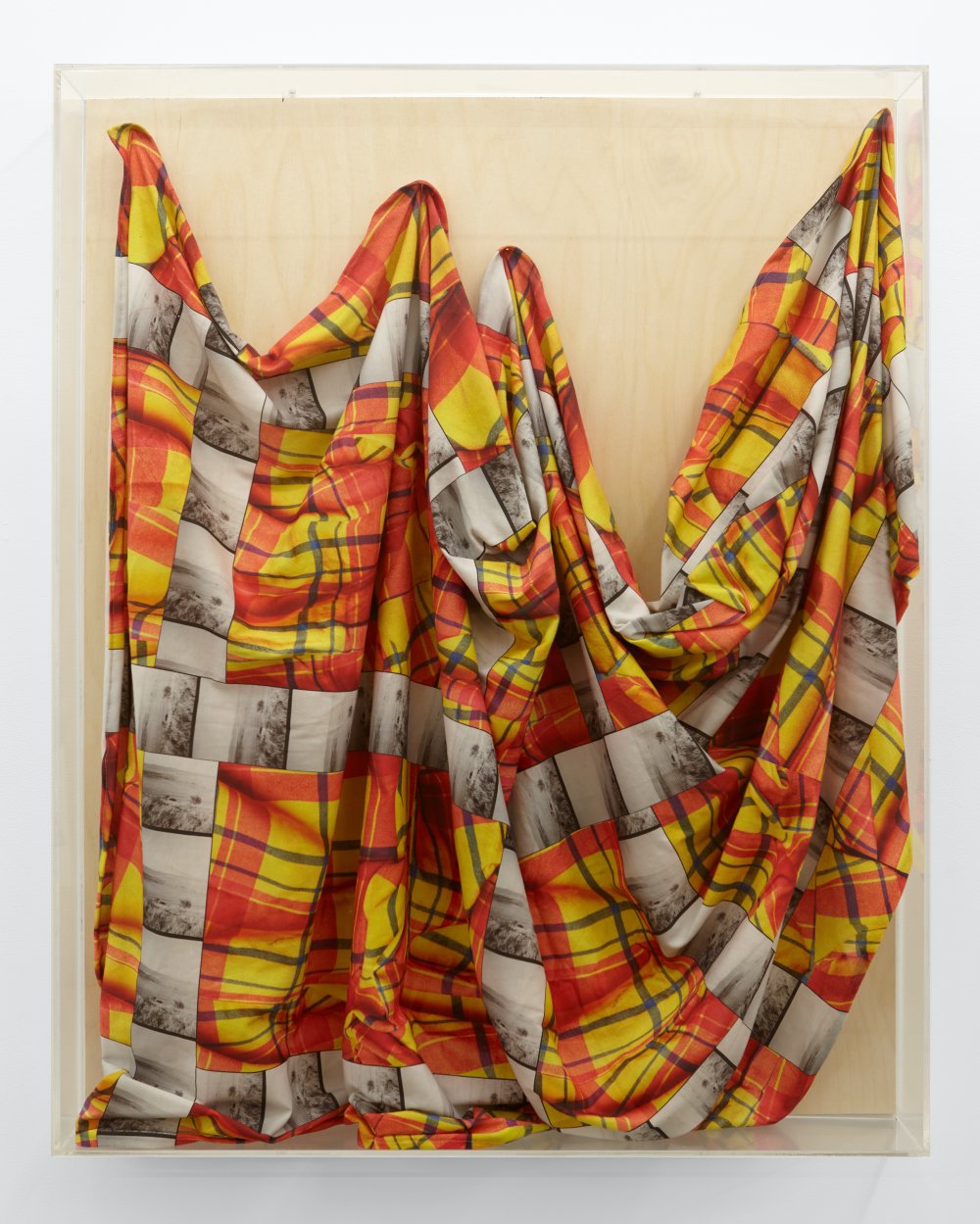 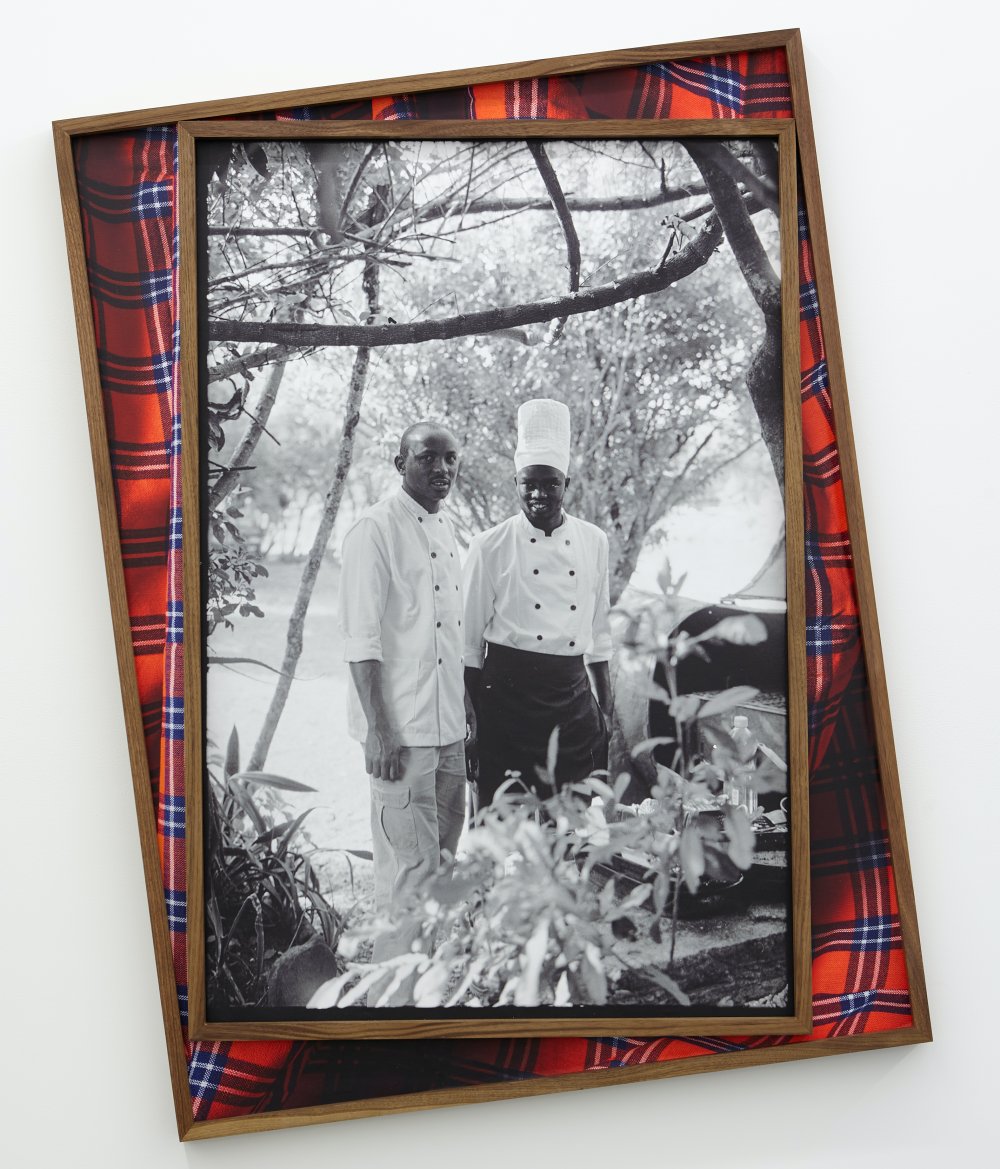 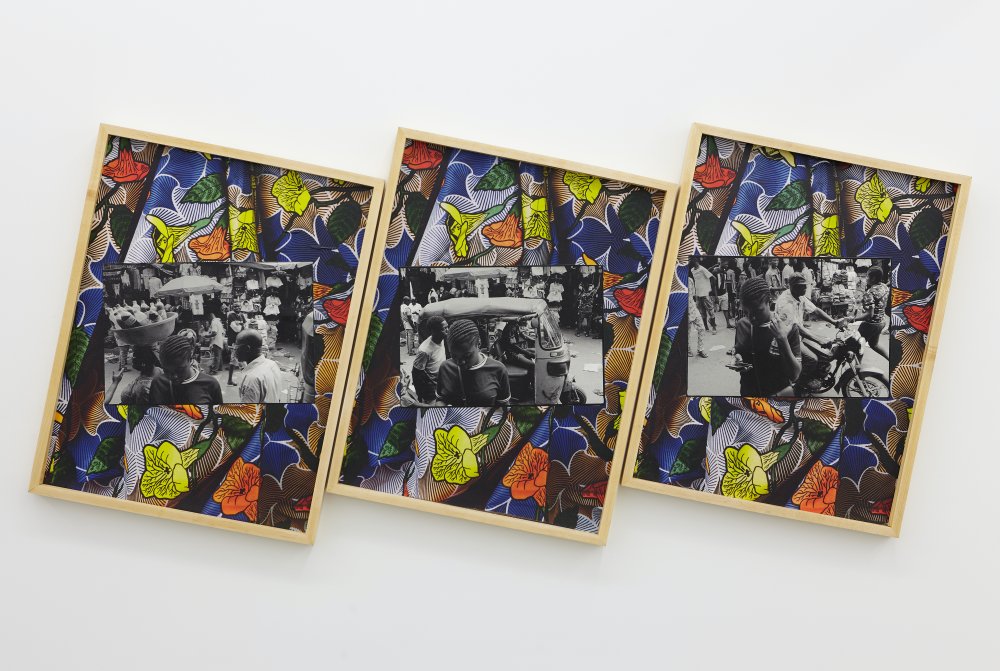 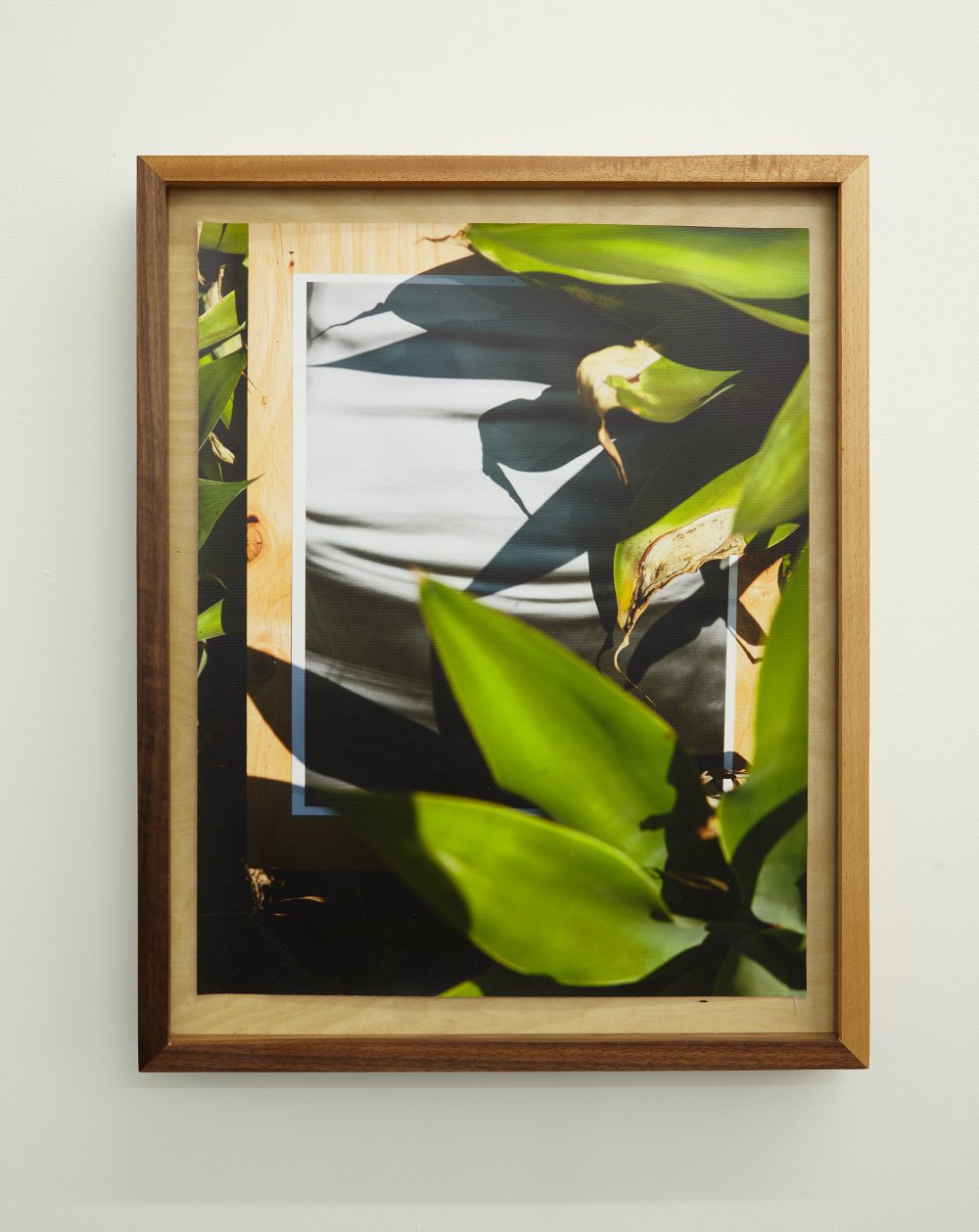 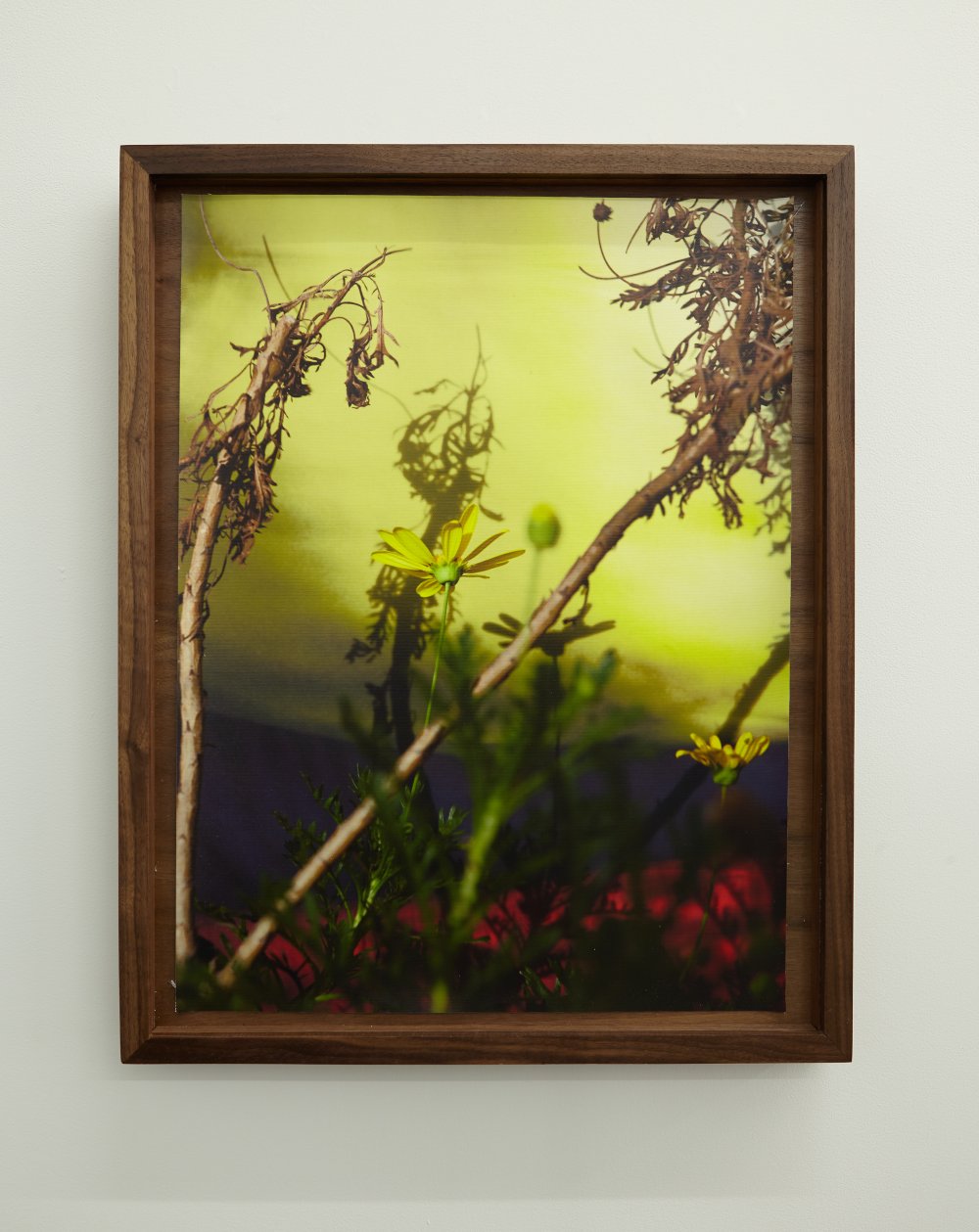 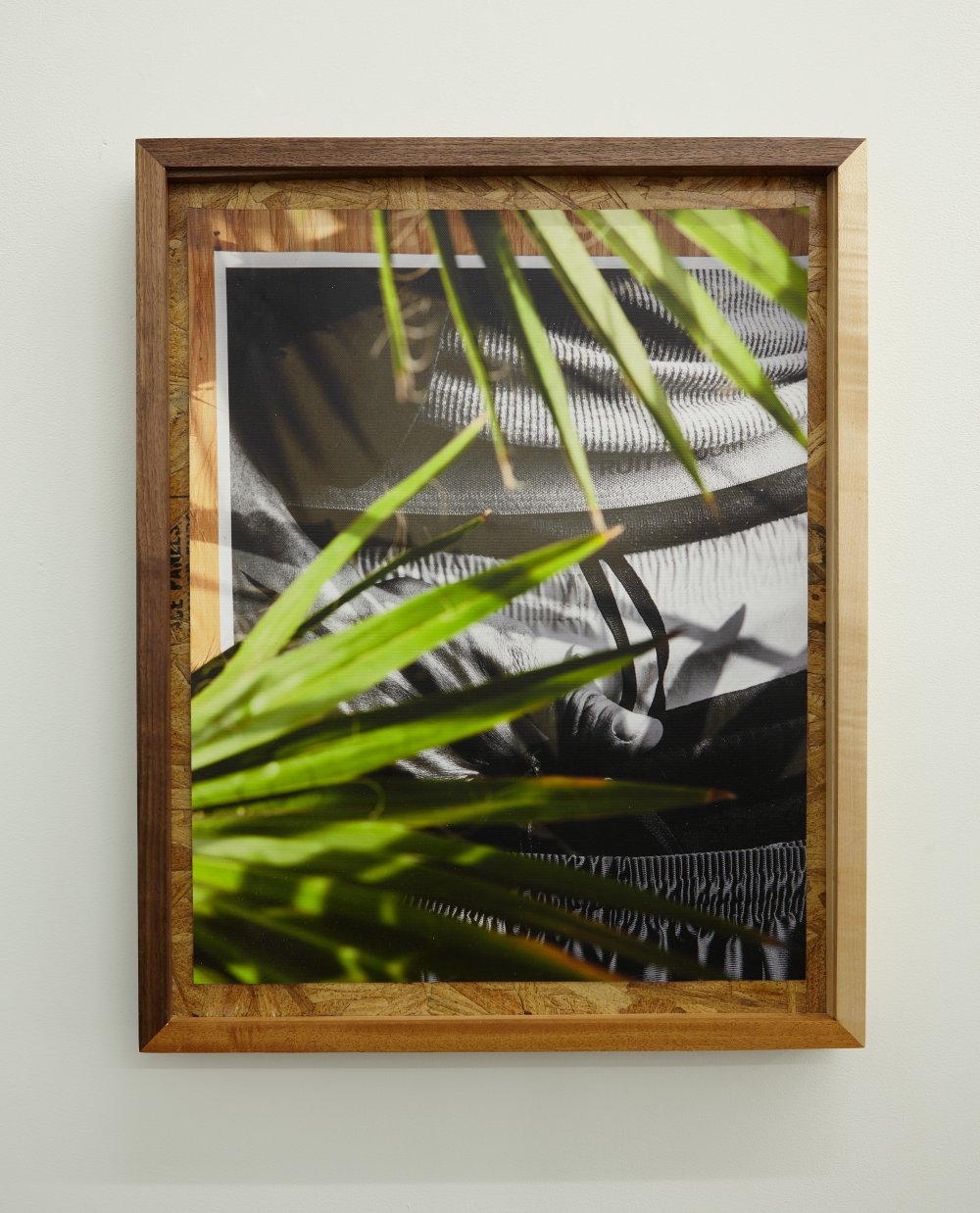 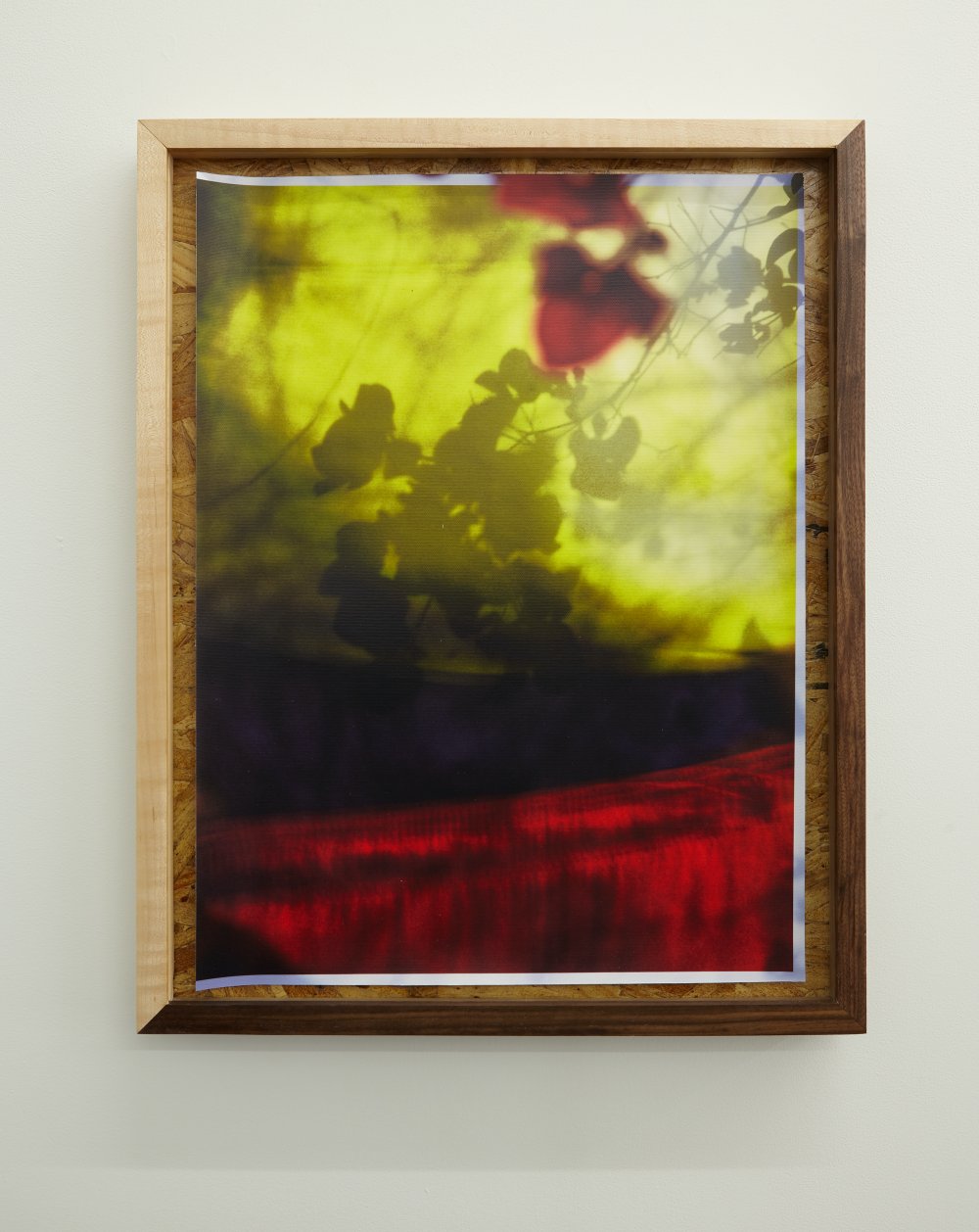 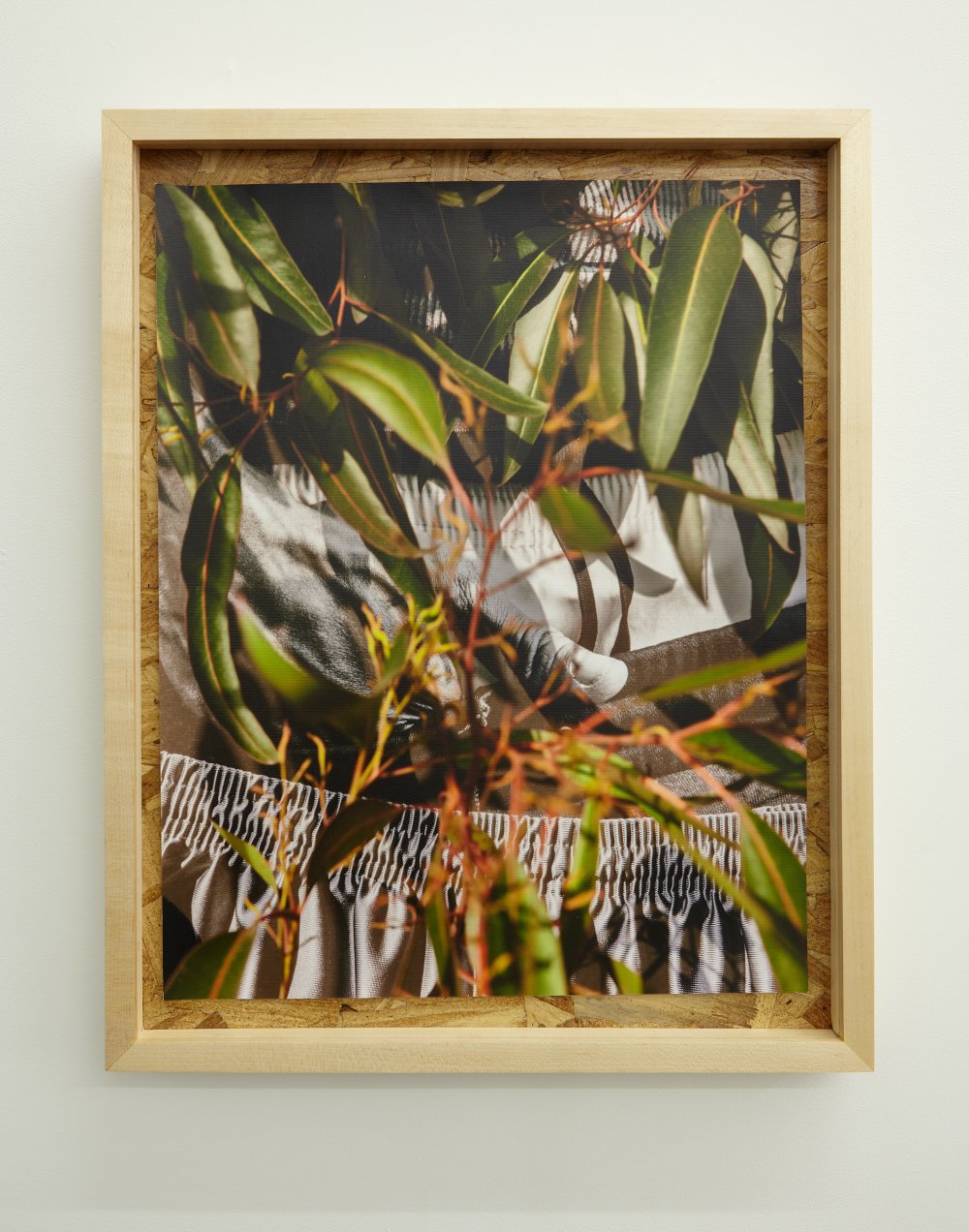 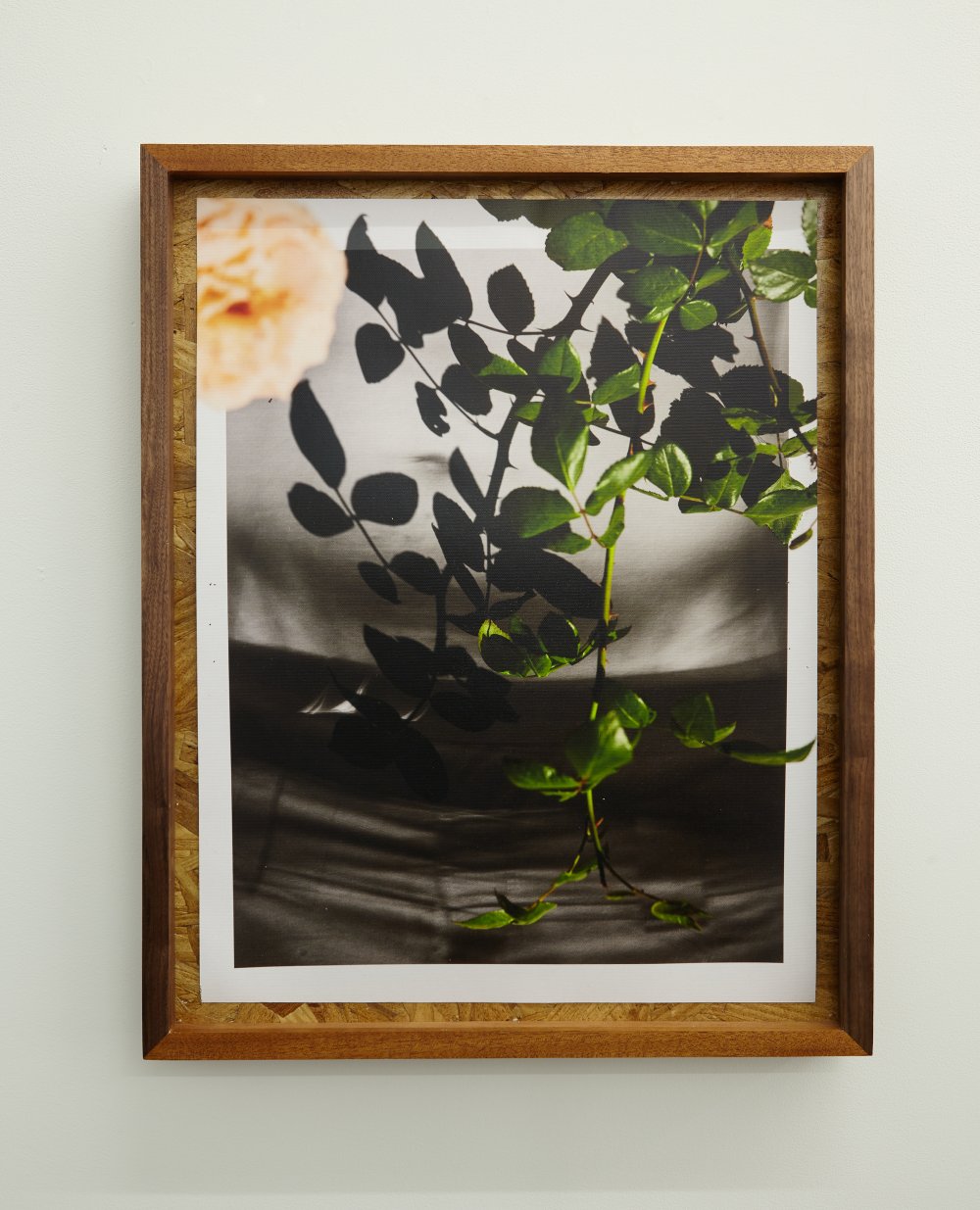 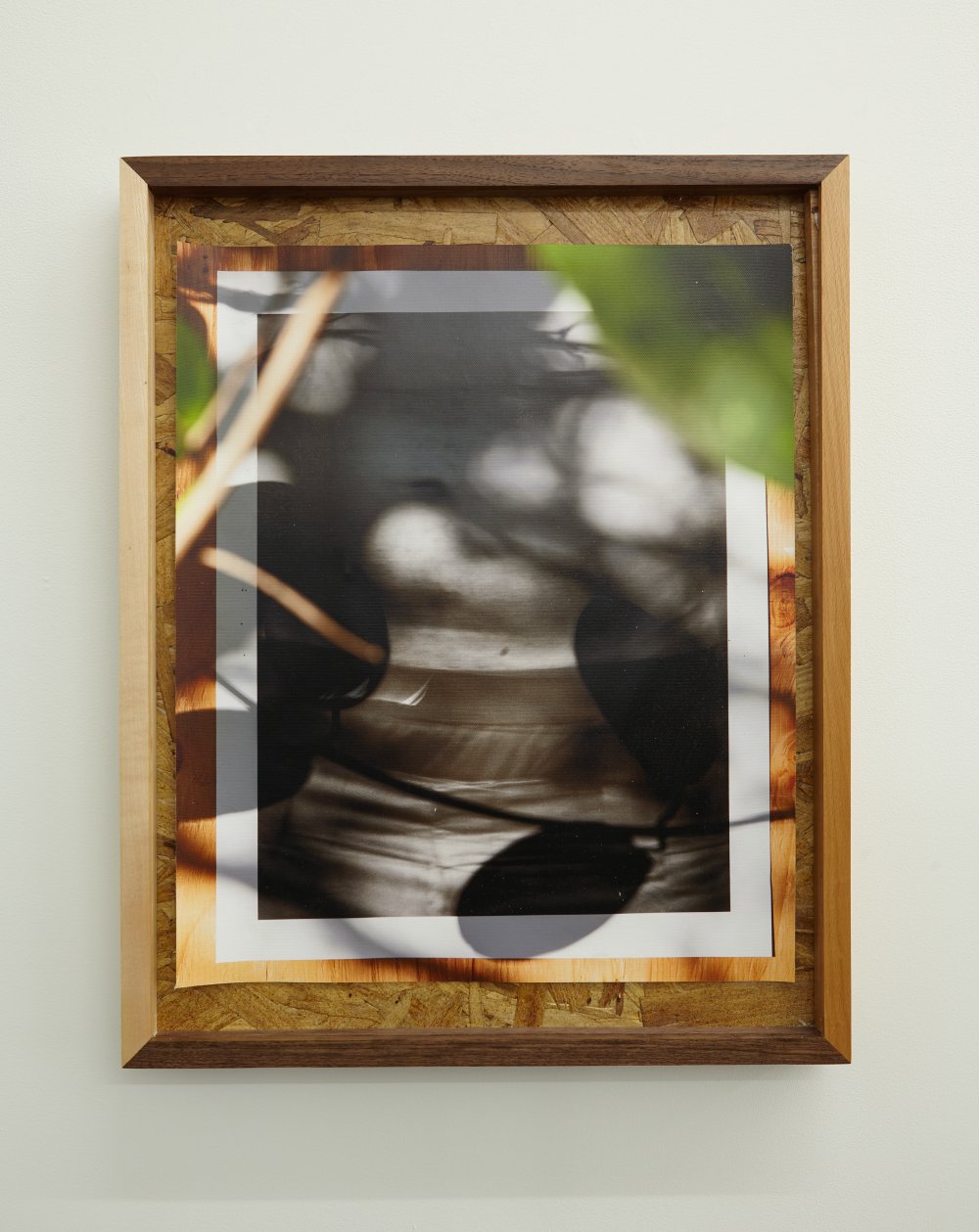 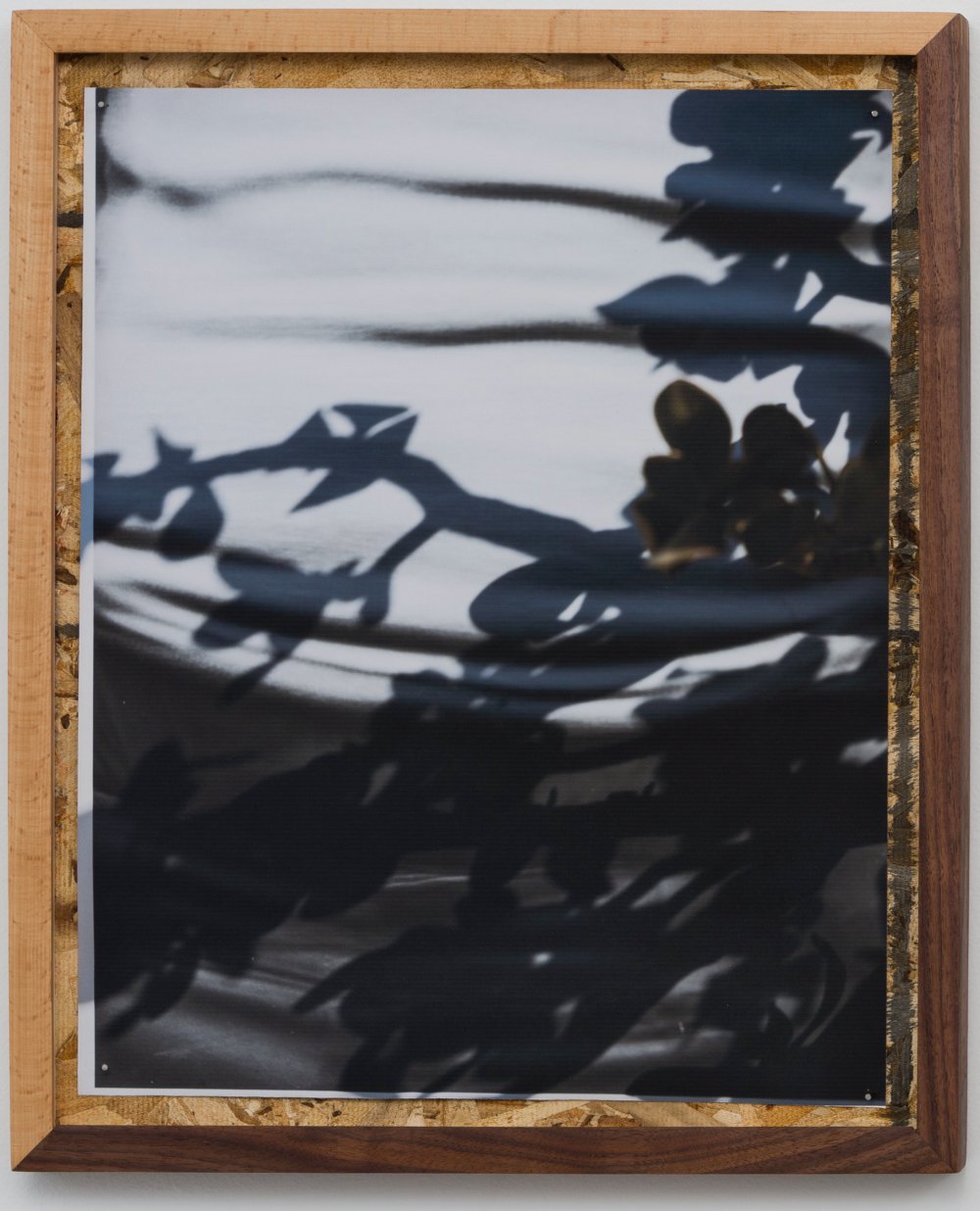 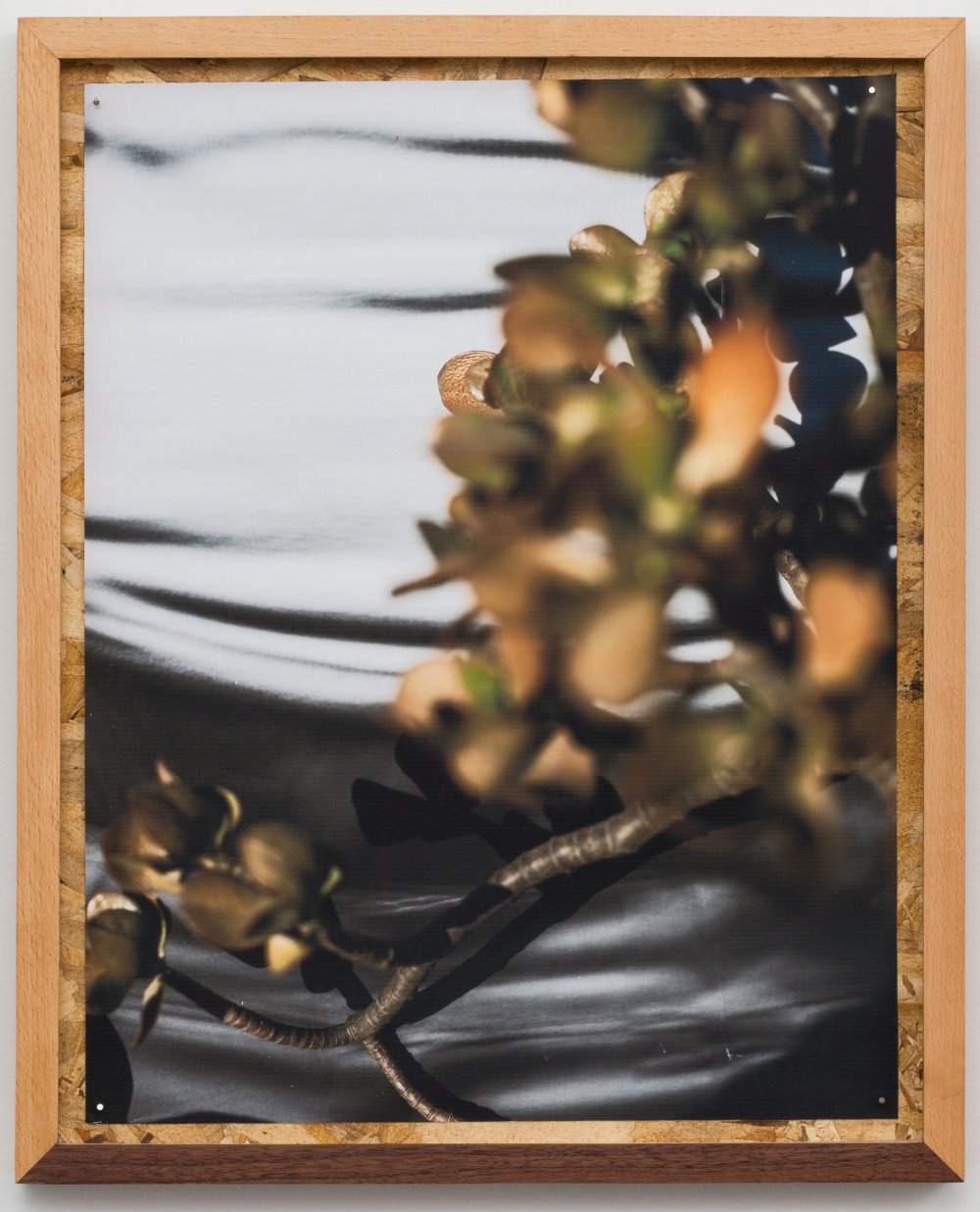 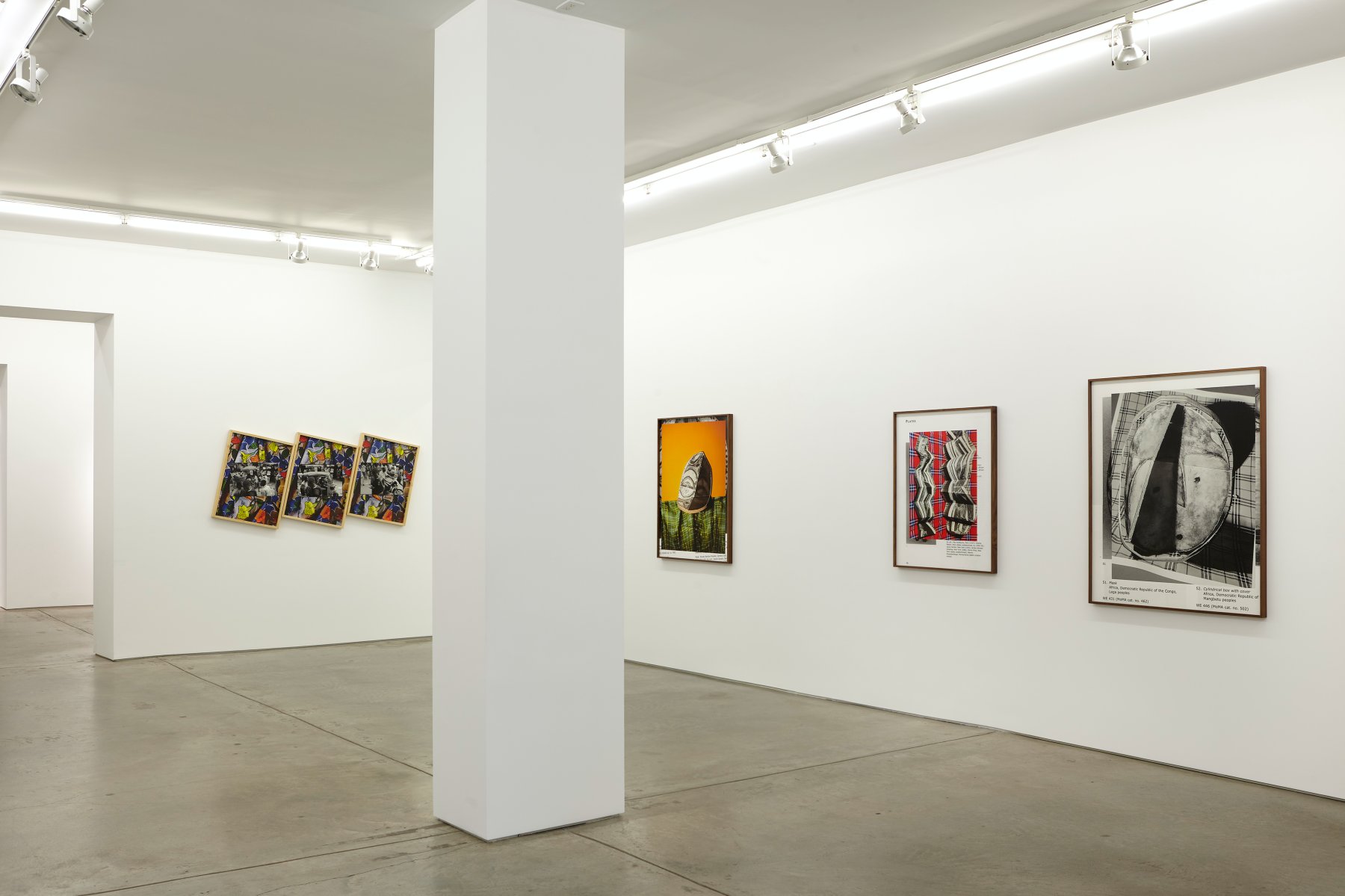 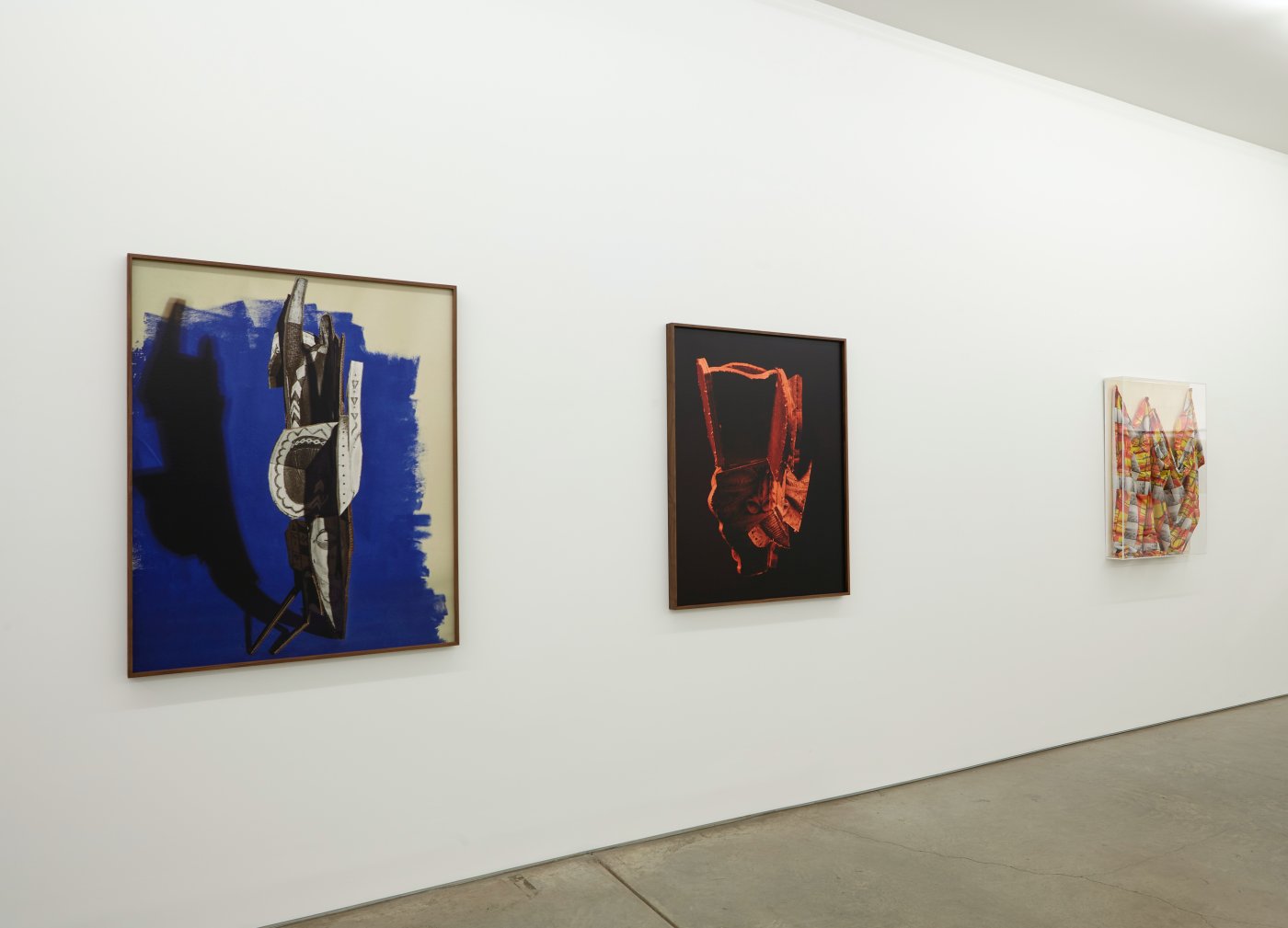 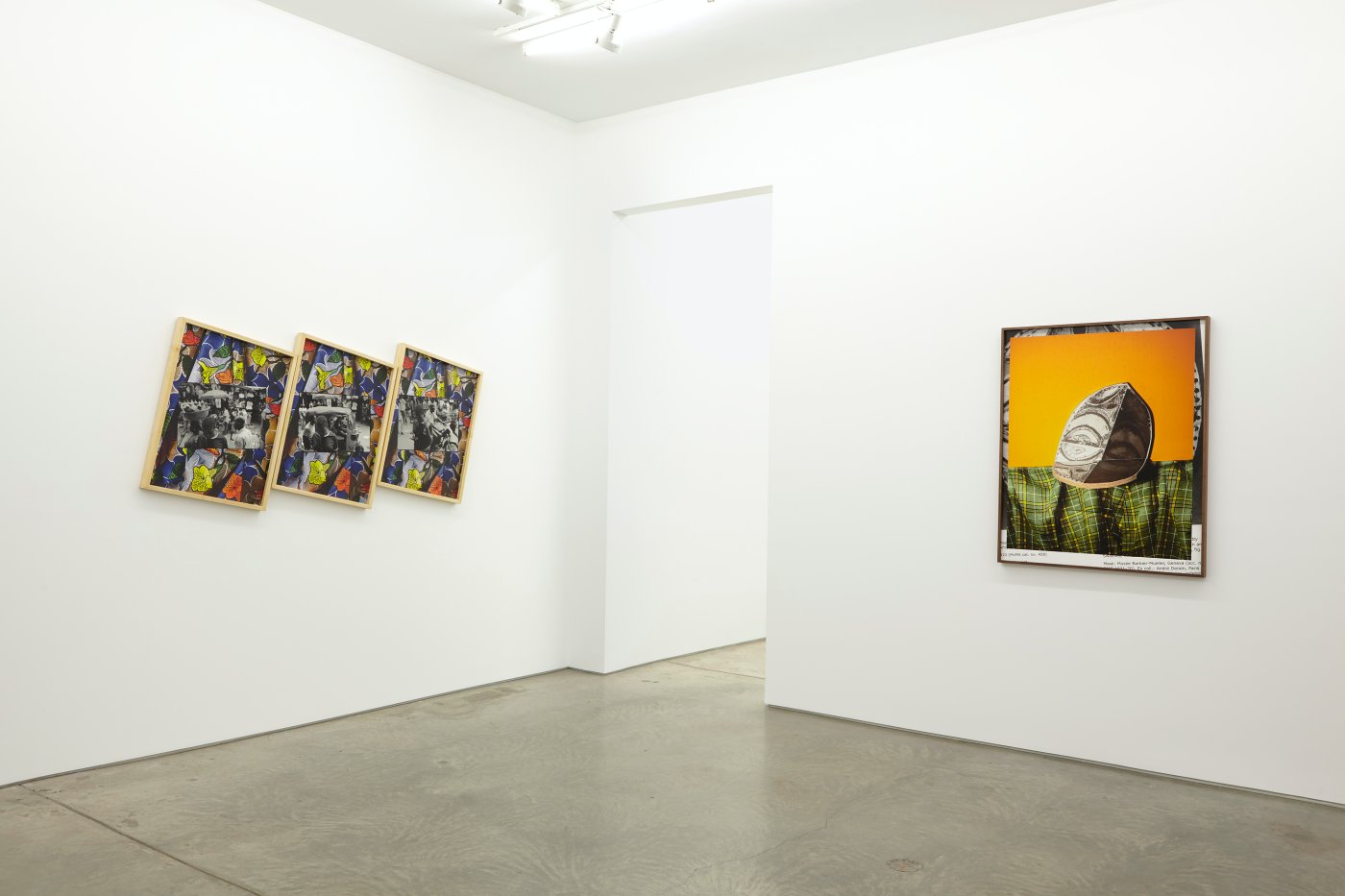 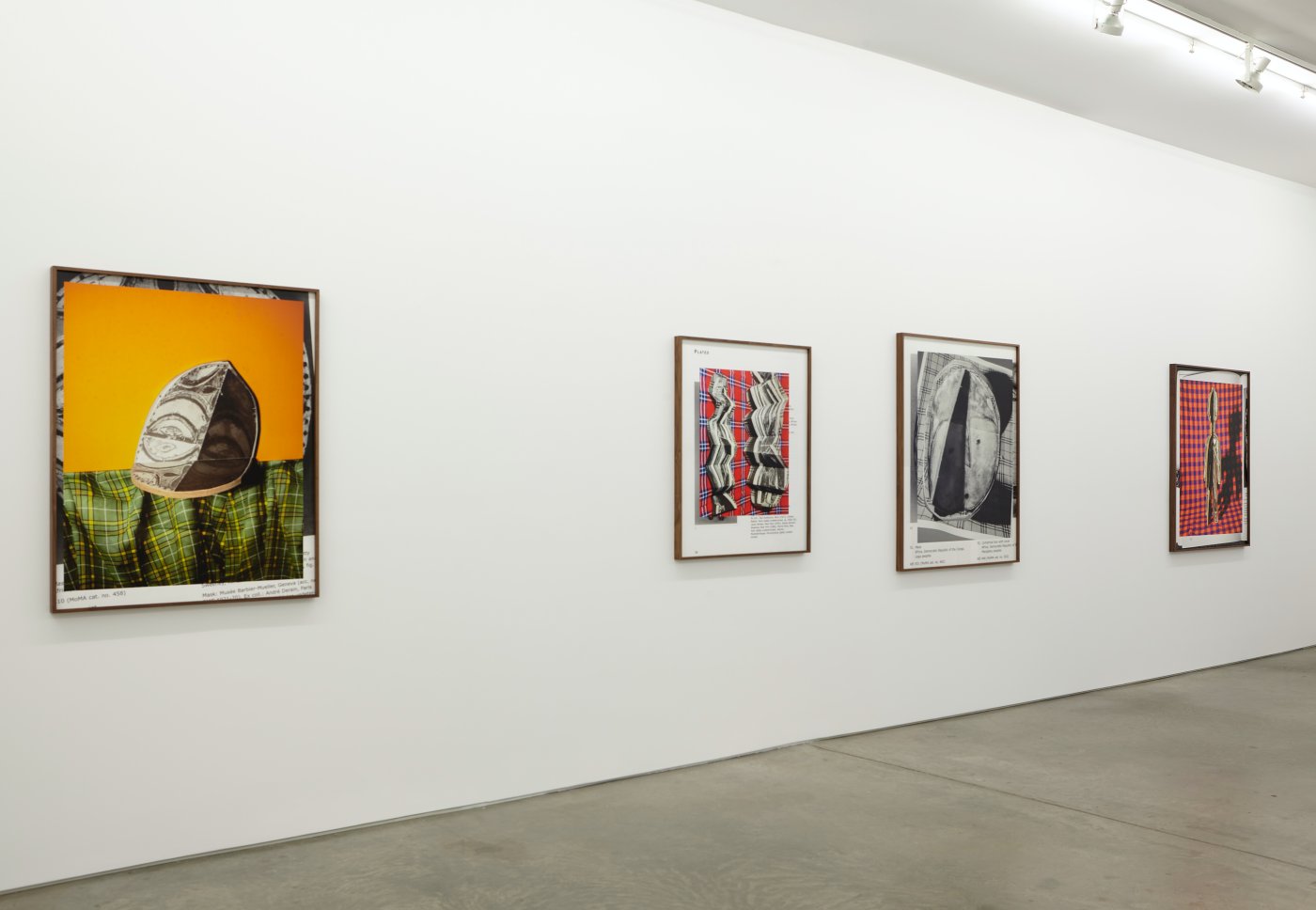 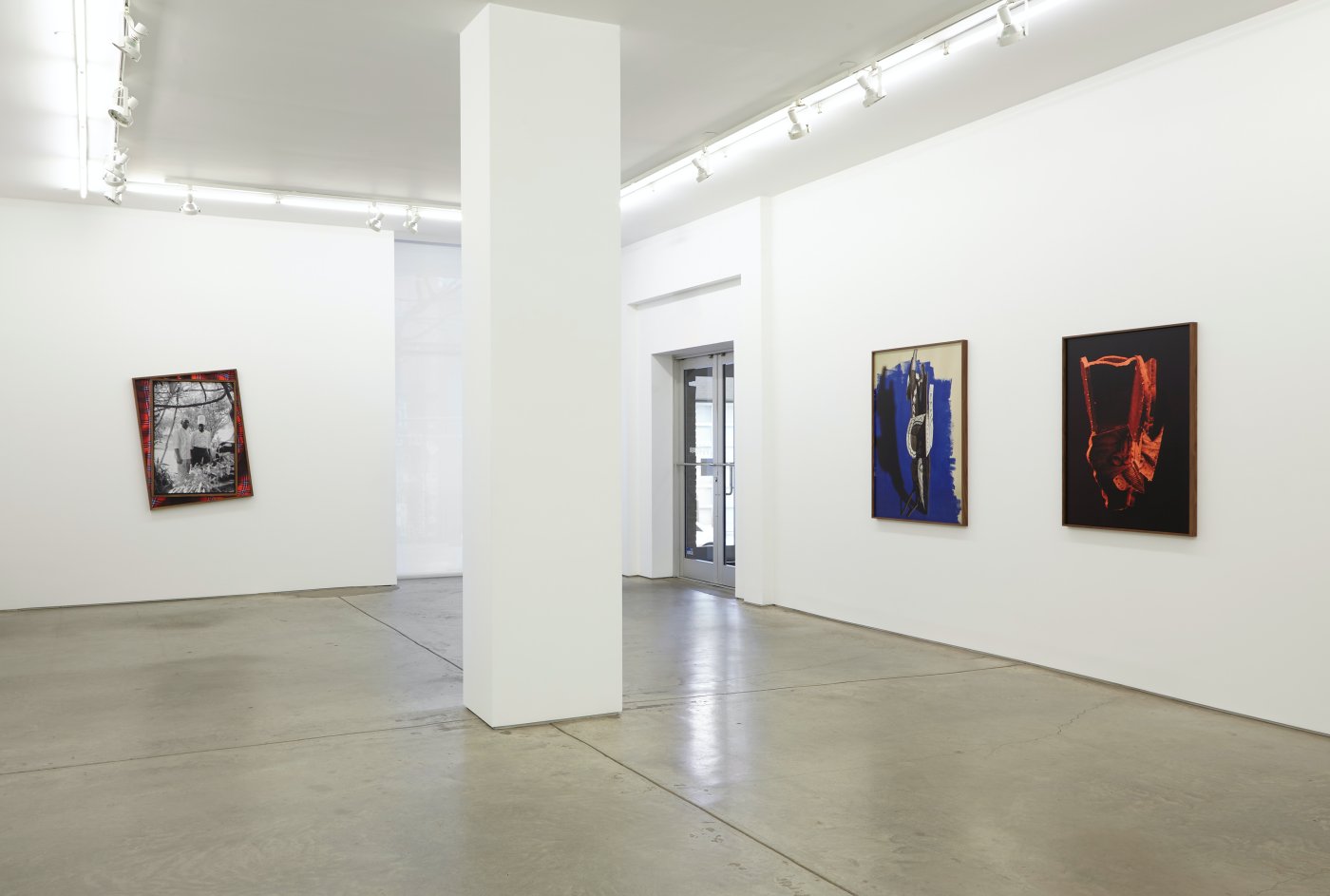 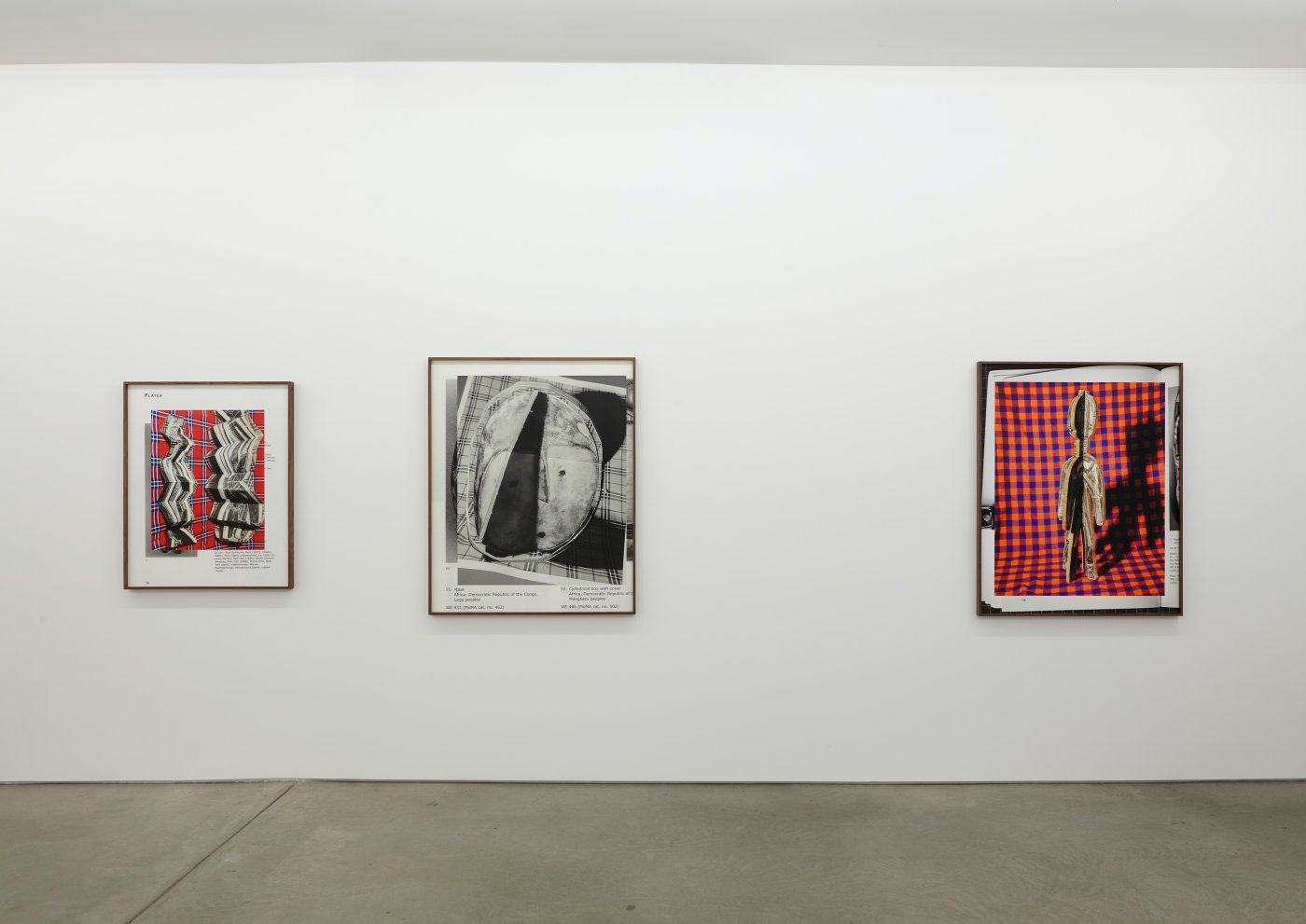 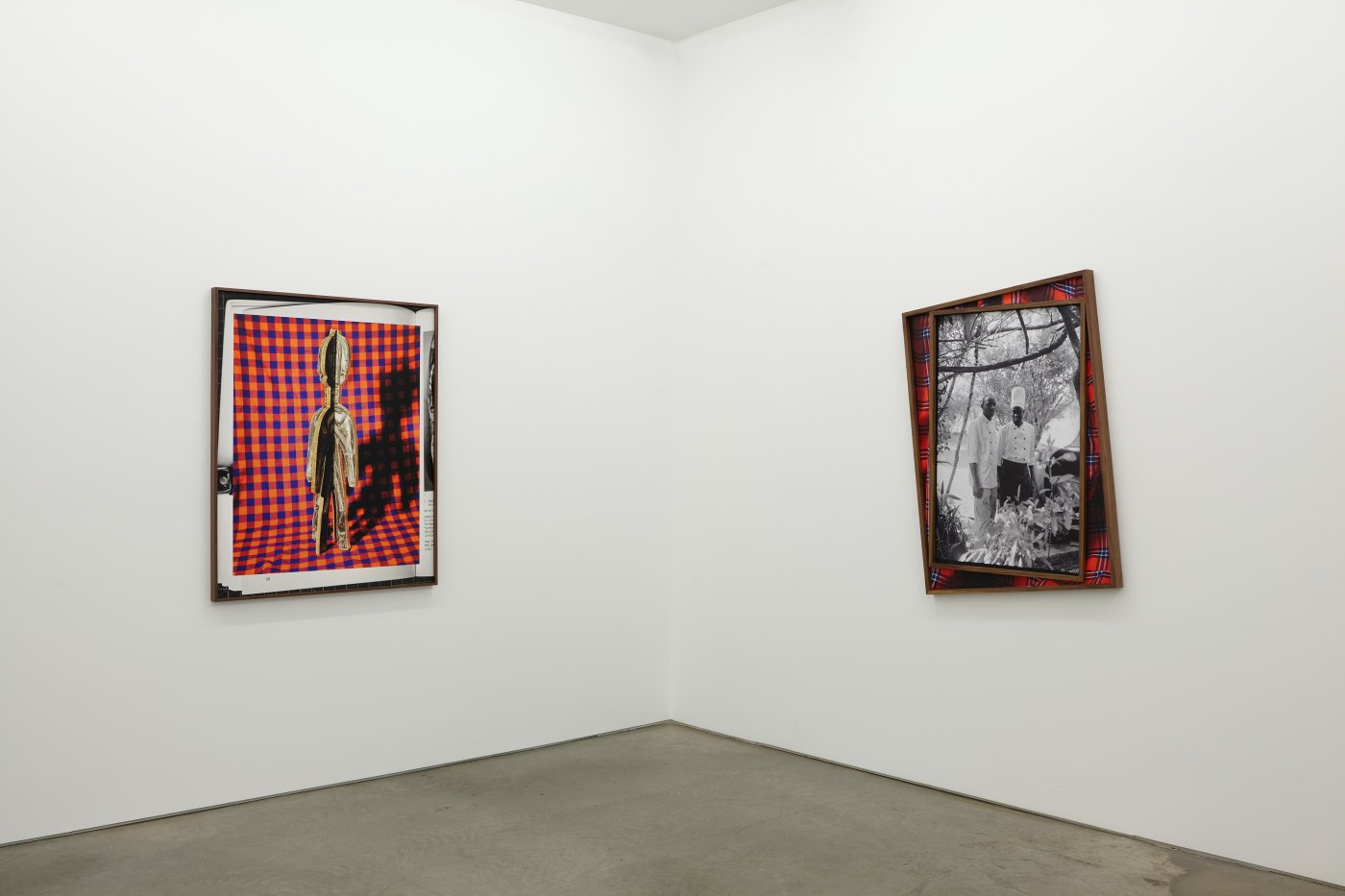 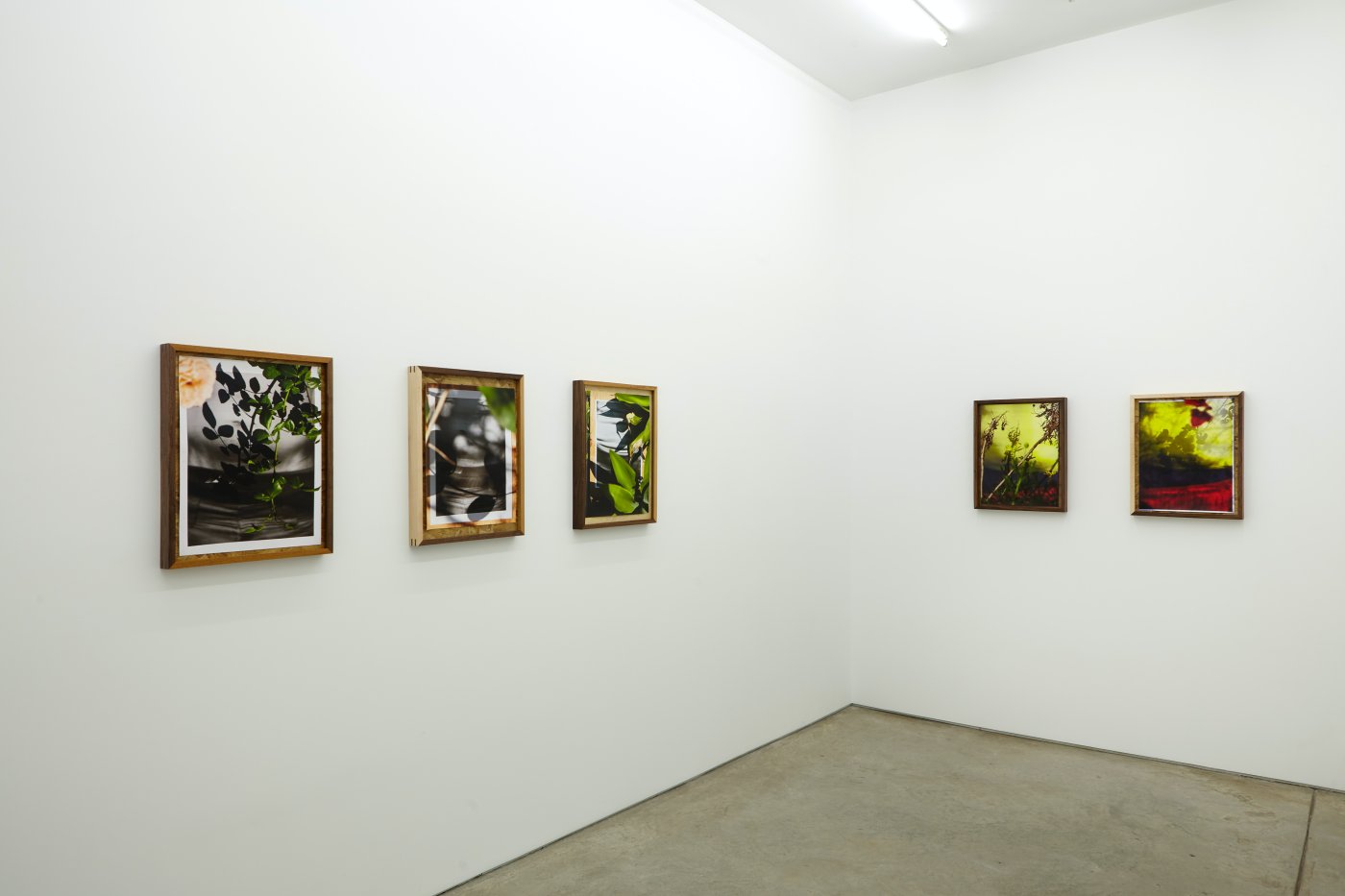 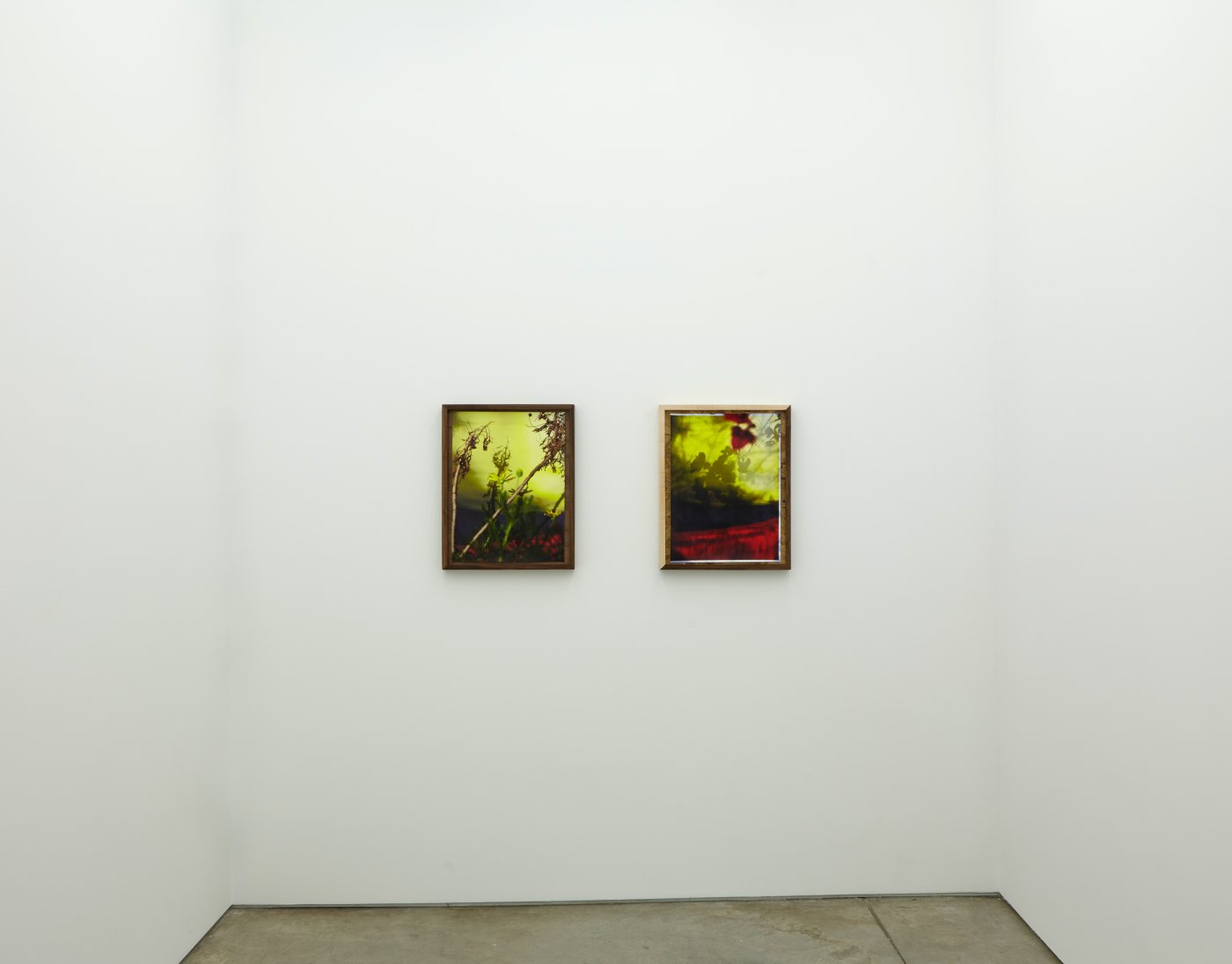 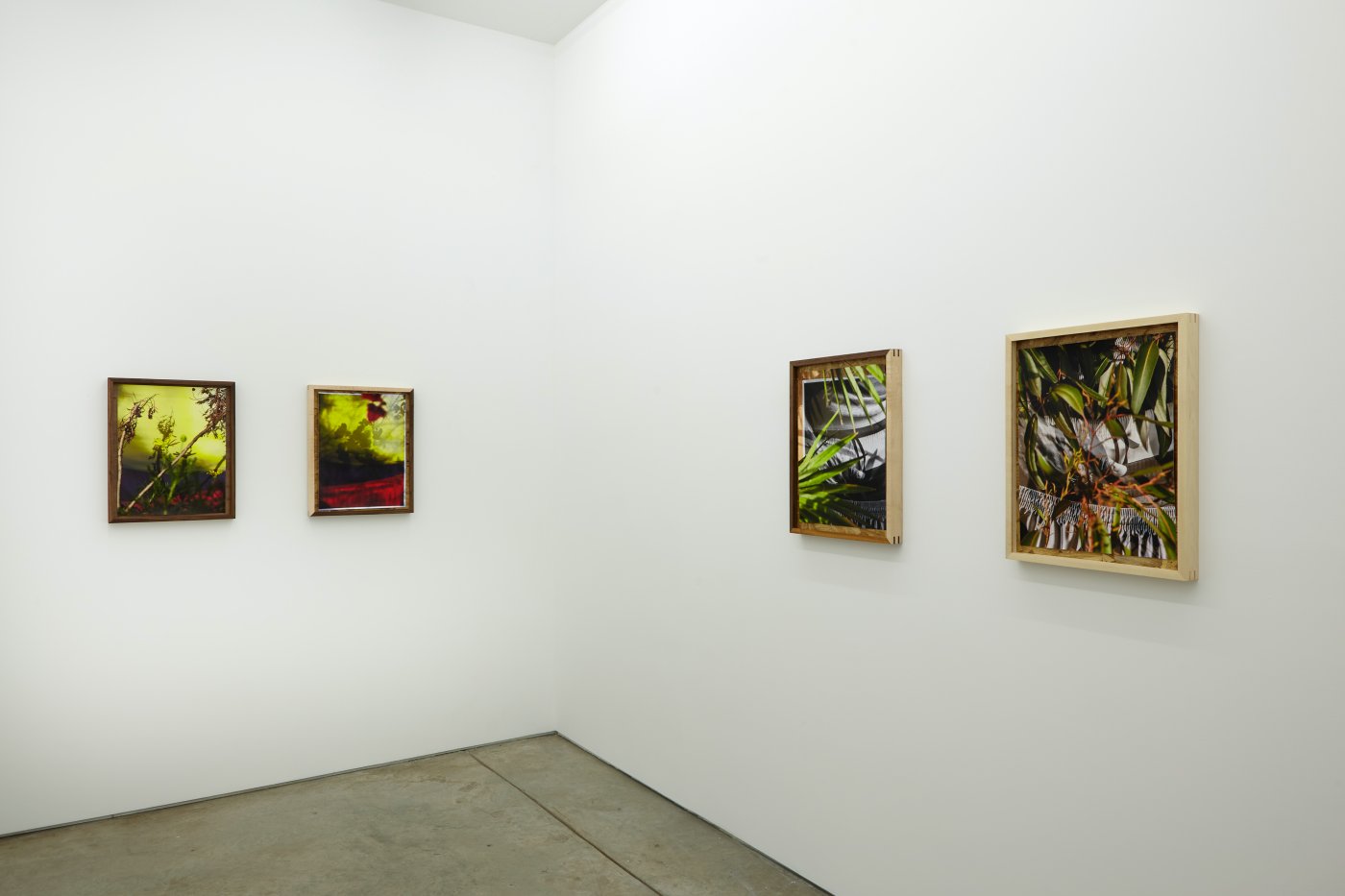 Informed by his 2019 trip to Nigeria, the birthplace of his father, Alekhuogie’s recent work incorporates African sculpture and textiles to question ideas of authorship, the hierarchy of art versus craft, and the route through which many African Americans become cognizant of their cultural heritage. A selection of works from the artist’s 2018 series To Live and Die in LA is featured in the project gallery.

In the photographic series “A Reprise”, Alekhuogie proposes a rewriting of Perfect Documents, the exhibition catalogue of documentary photographs of African sculptures by Walker Evans. Alekhuogie has recast Evans’s two-dimensional images as physical sculpture, photographed them against traditional African textiles, and then overlaid this image onto the original catalogue. The resulting photographs oscillate between object and print, two and three dimensions, and nod to Cubism’s relationship to African sculpture. The images by Evans are the result of a commission from MoMA to document their 1935 exhibition African Negro Art, a forerunner in presenting African objects as artworks rather than anthropological artifacts. Through his own transmutation of Evans’s images, Alekhuogie brings what he calls “the hand-me-down nature of Pan Africanism” to the foreground, and questions through whose eyes, and whose agency, many African Americans form their cultural narratives.

In the 2018 series To Live and Die in LA, Alekhuogie explores the idea of the body as landscape by placing cropped images of male torsos at Los Angeles locations charged with personal and political significance. The images are drawn from Alekhuogie’s 2017 photographic series Pull_UP, which used the fashion trope of sagging and the horizon line of the waist to examine coded representations of black masculinity. Using geographic coordinates as titles to specify place, Alekhuogie notes “Politics of identity are bound up in landscape.” The tightly framed figures are camouflaged by light, shadow and sharp-edged vegetation creating an ambiguous tension between vulnerability and aggression. Printed on canvas and pinned in shallow plywood boxes, the photographs are ultimately portraits of Alekhuogie’s hometown of Los Angeles with its tangled history of dreams and violence.

Born in 1986, David Alekhuogie received his MFA from Yale University (2015). His work was included in Companion Pieces, the 2020 iteration of MoMA’s biannual New Photography exhibition, and is currently on view in Men of Change: Power. Triumph. Truth. at the California African American Art Museum in Los Angeles. In 2019, he was the recipient of the Rema Hort Mann Foundation Emerging Artist Grant. Alekhuogie has had solo exhibitions at Los Angeles Municipal Art Gallery, CA (2019) and at the Chicago Artist Coalition (2016). Alekhuogie has participated in group shows at the Museum of Modern Art, New York (2020) and The High Museum of Art, Atlanta, GA (2017).