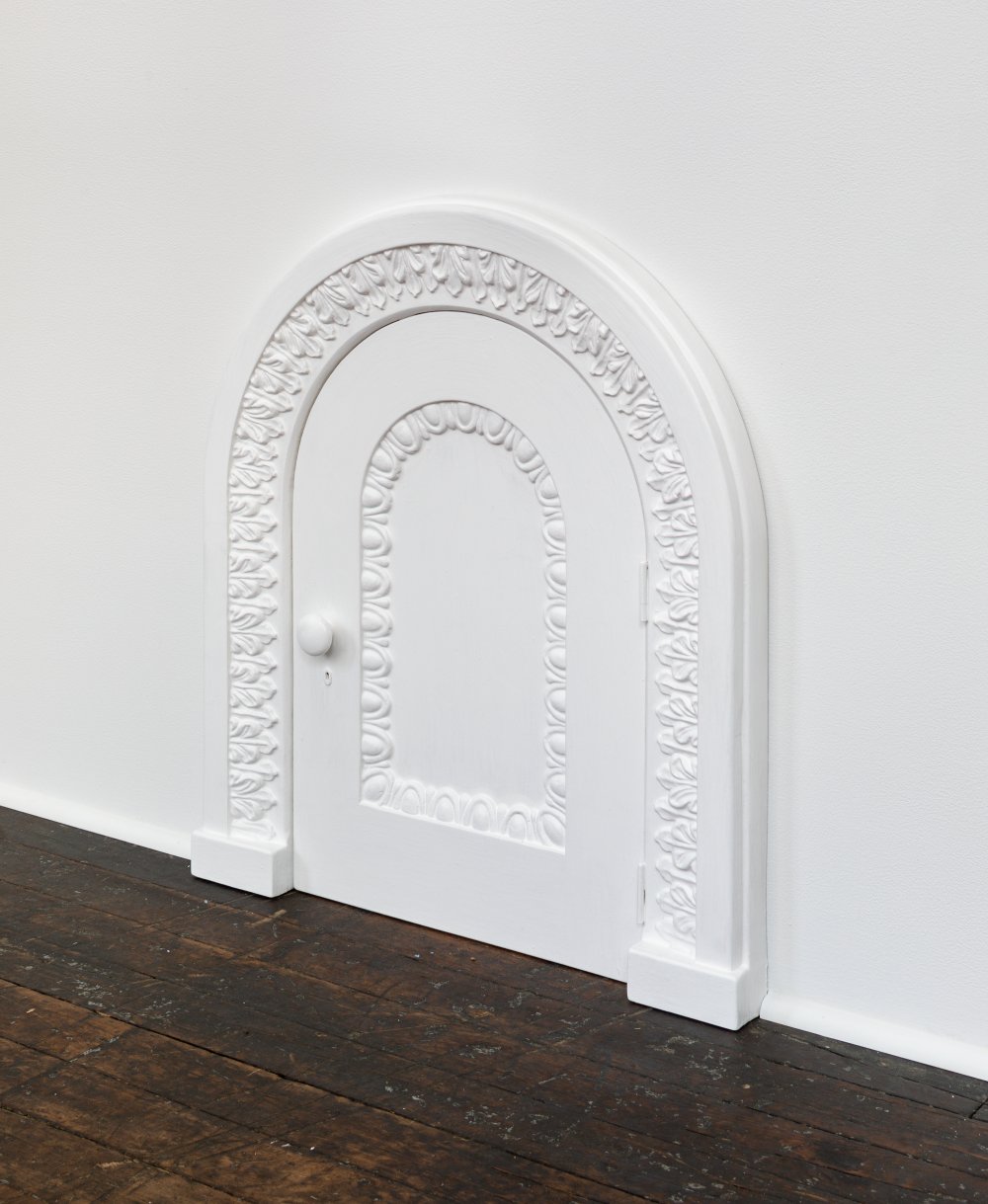 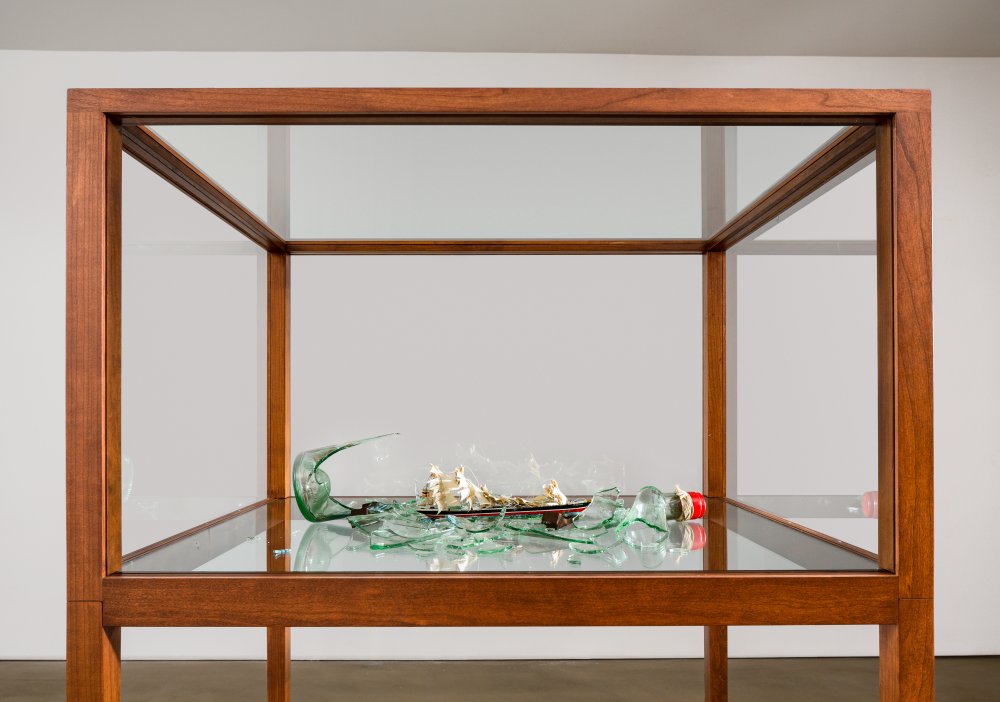 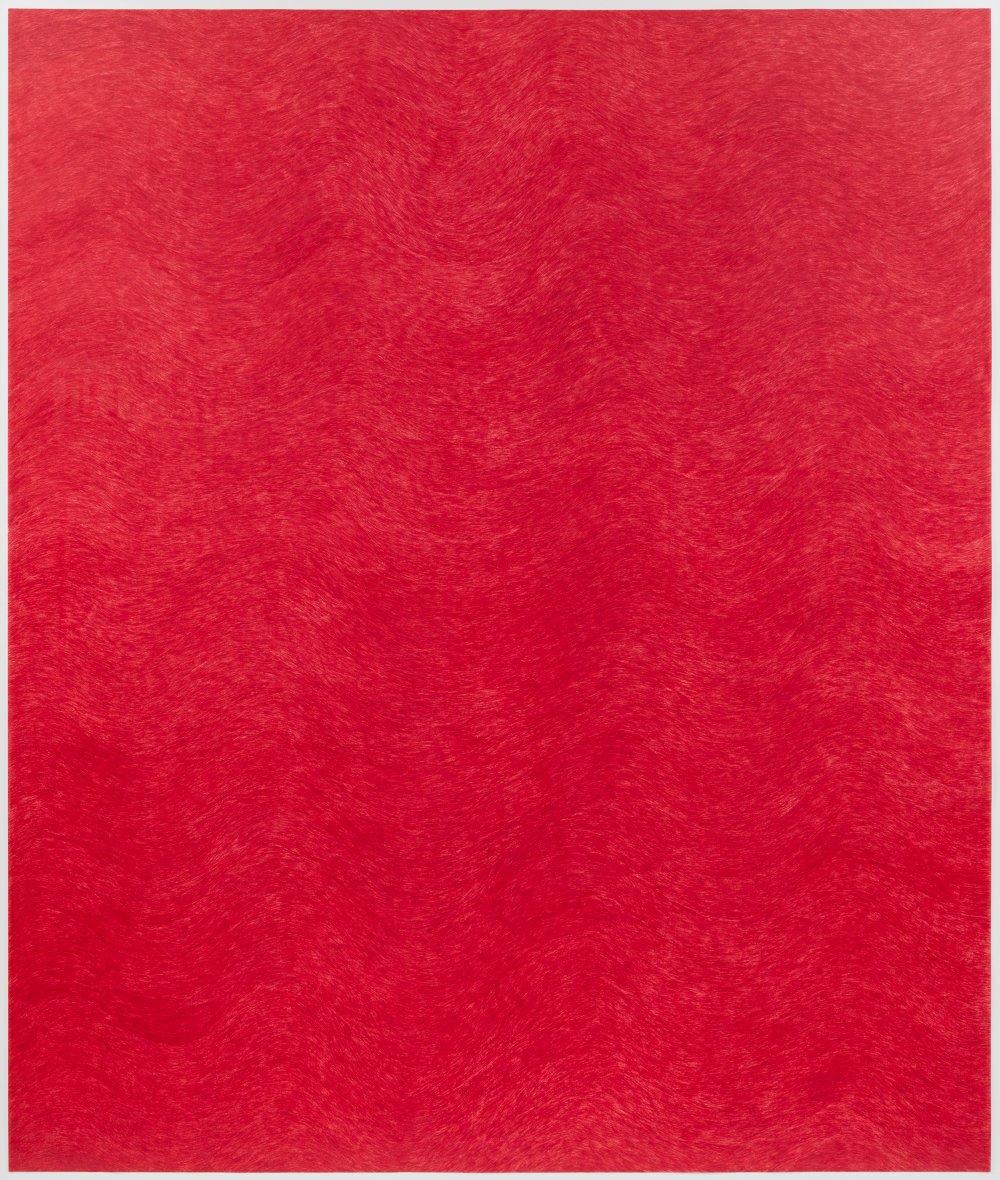 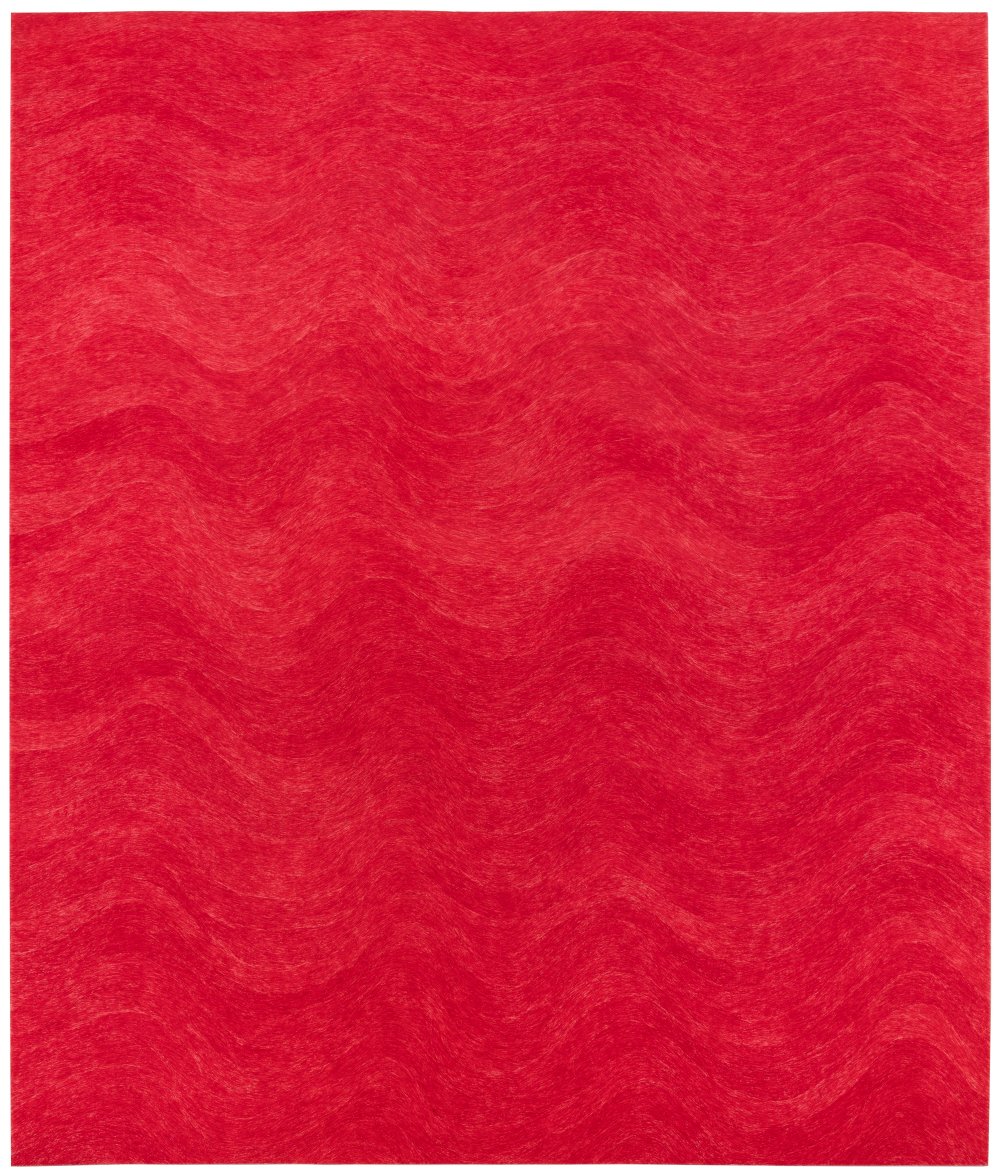 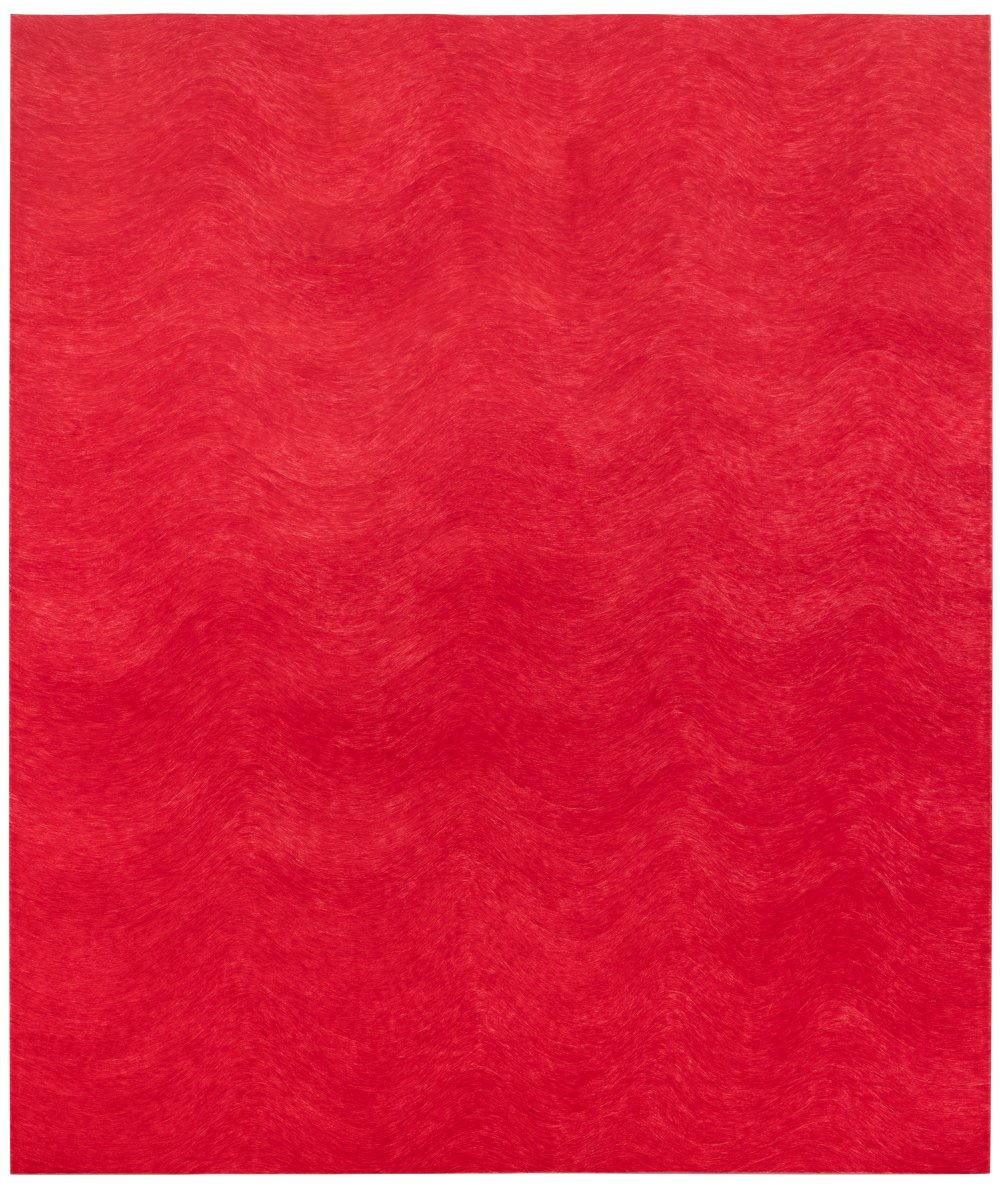 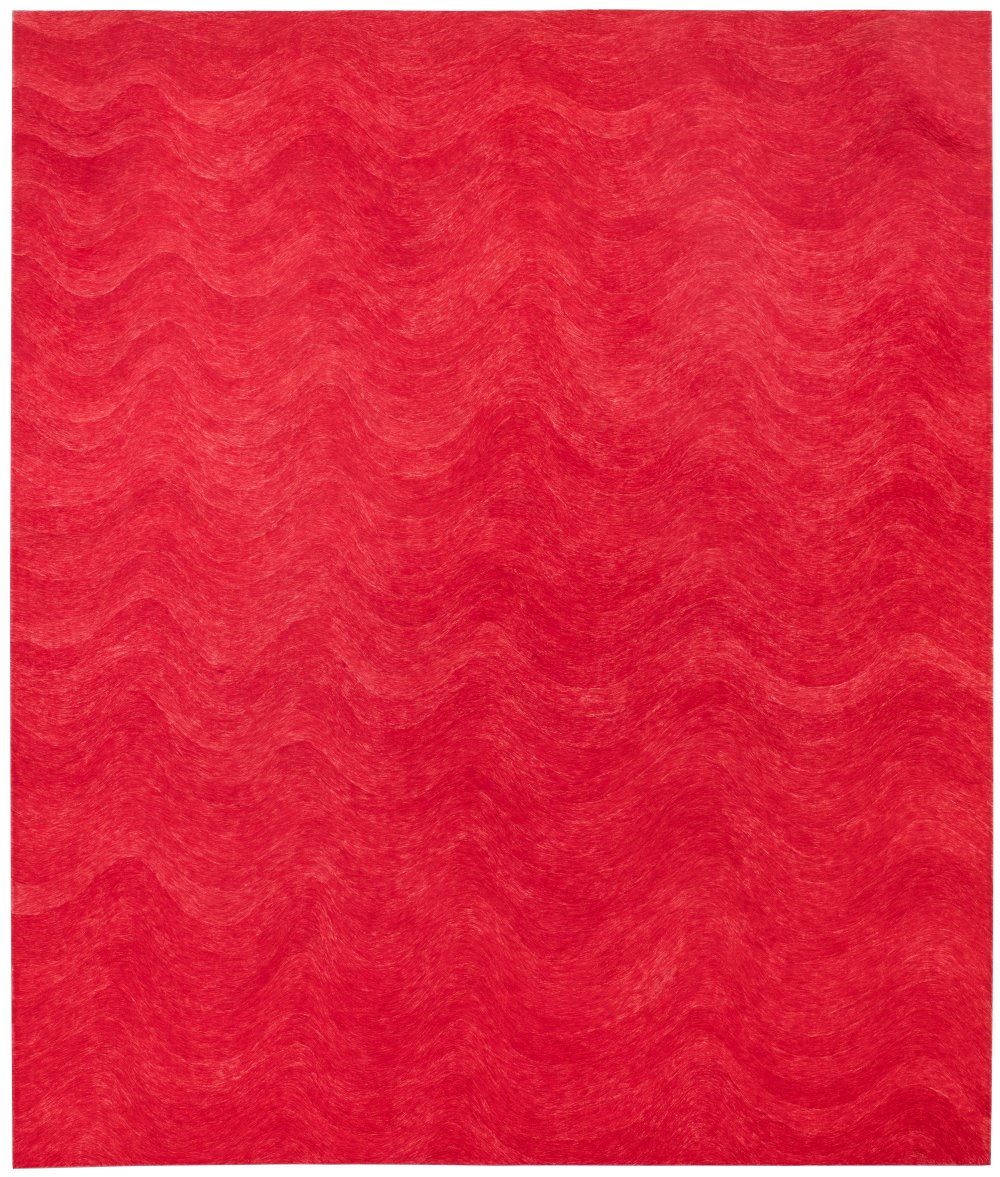 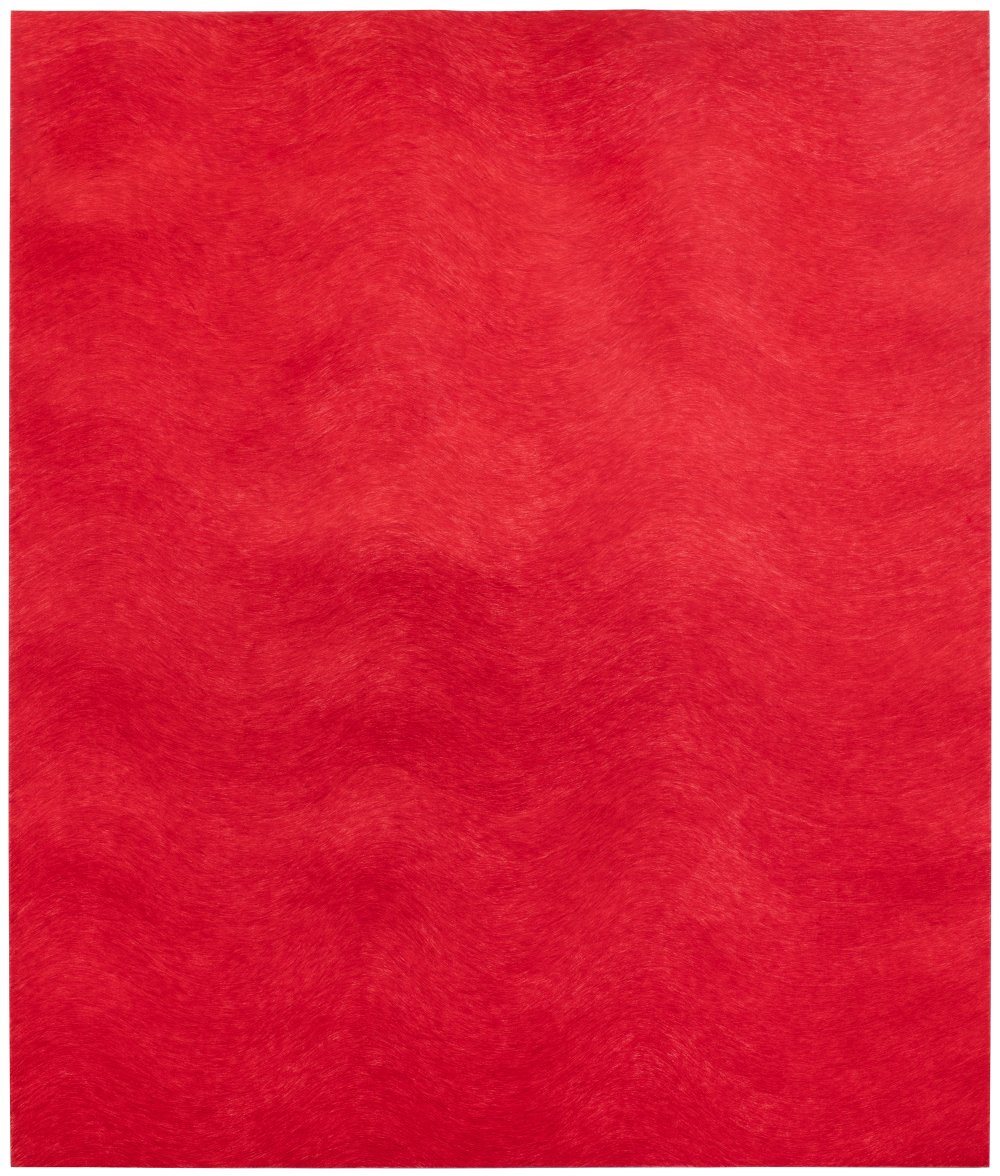 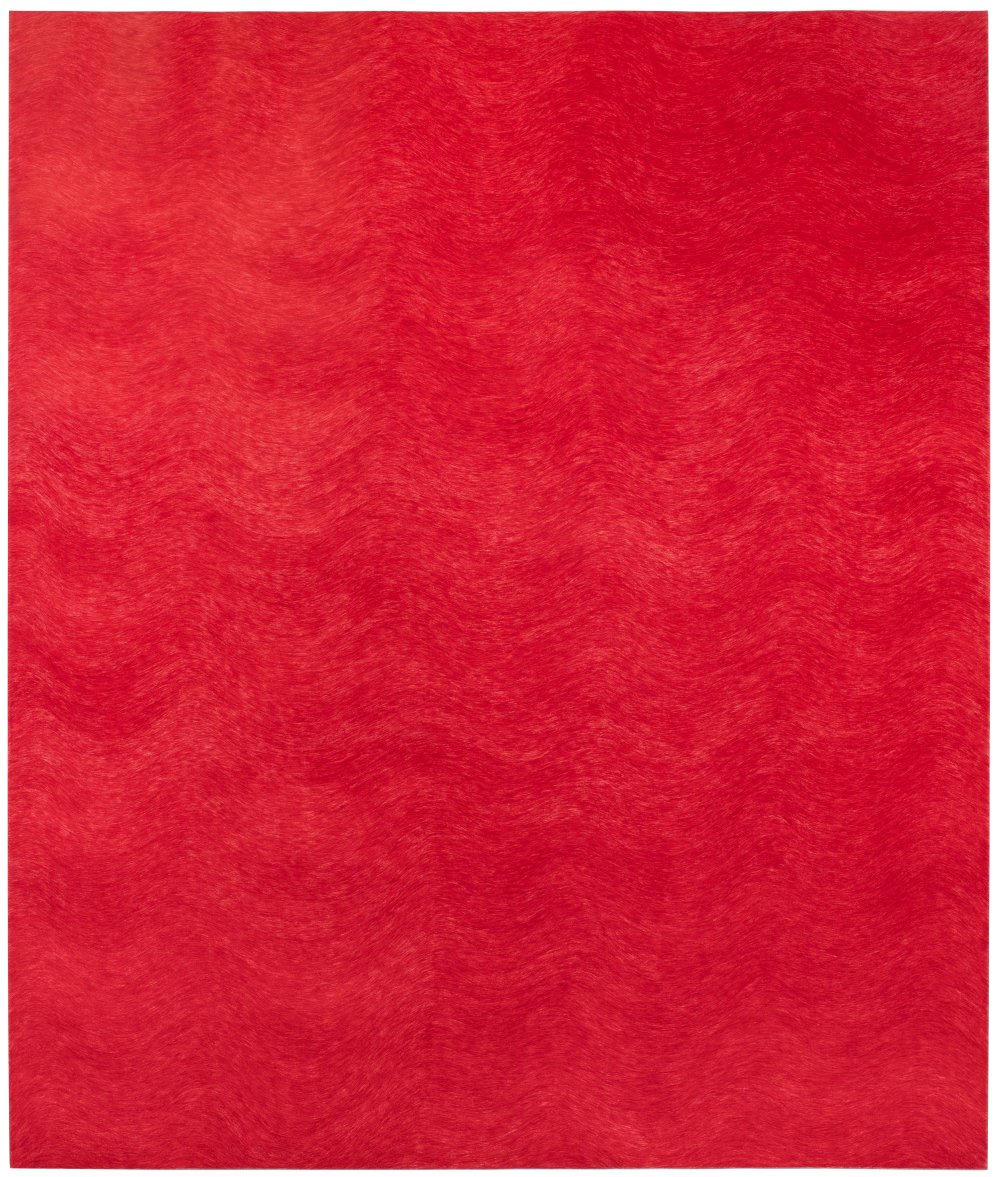 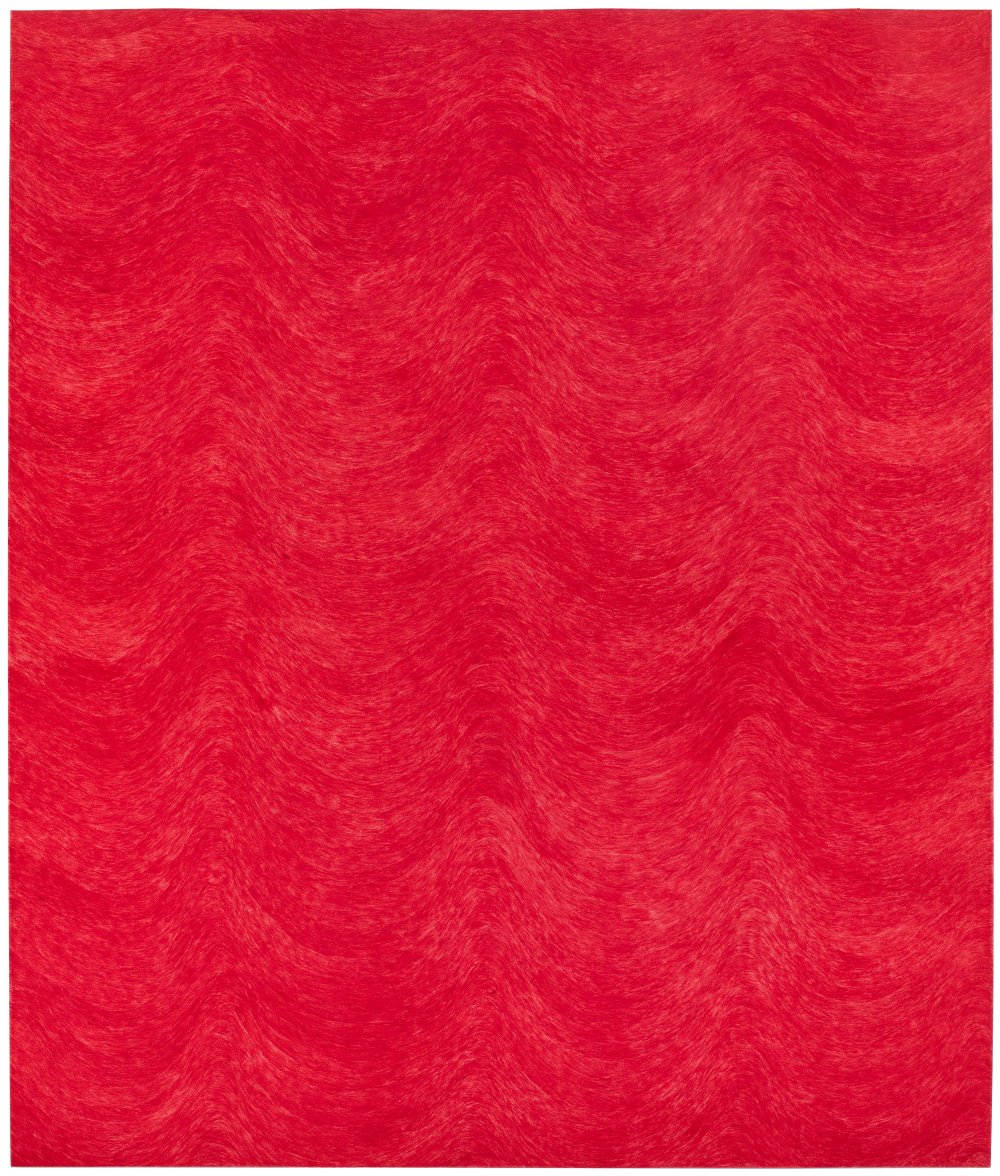 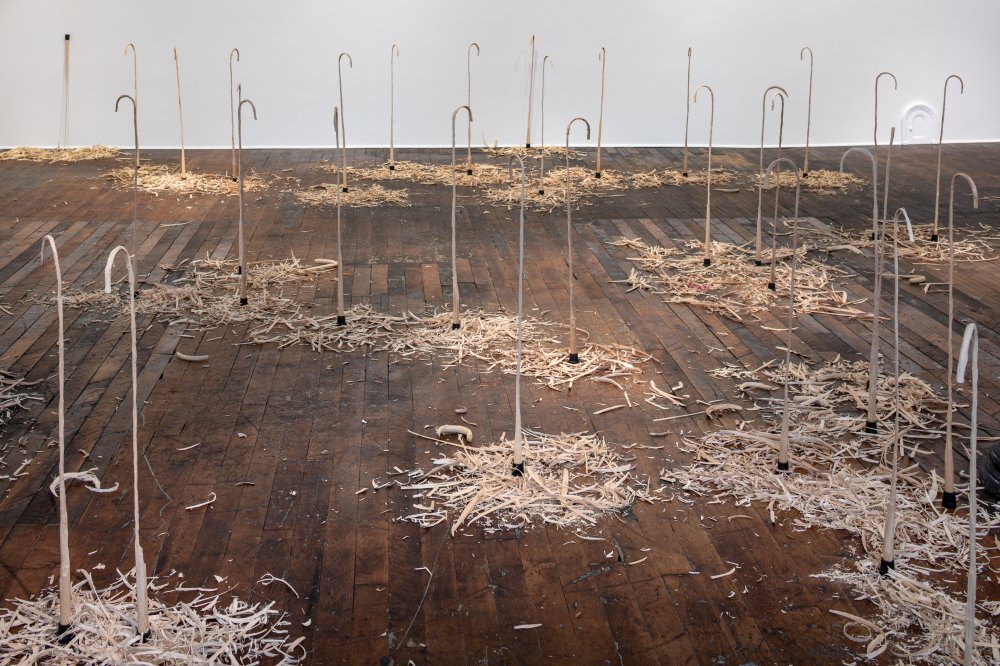 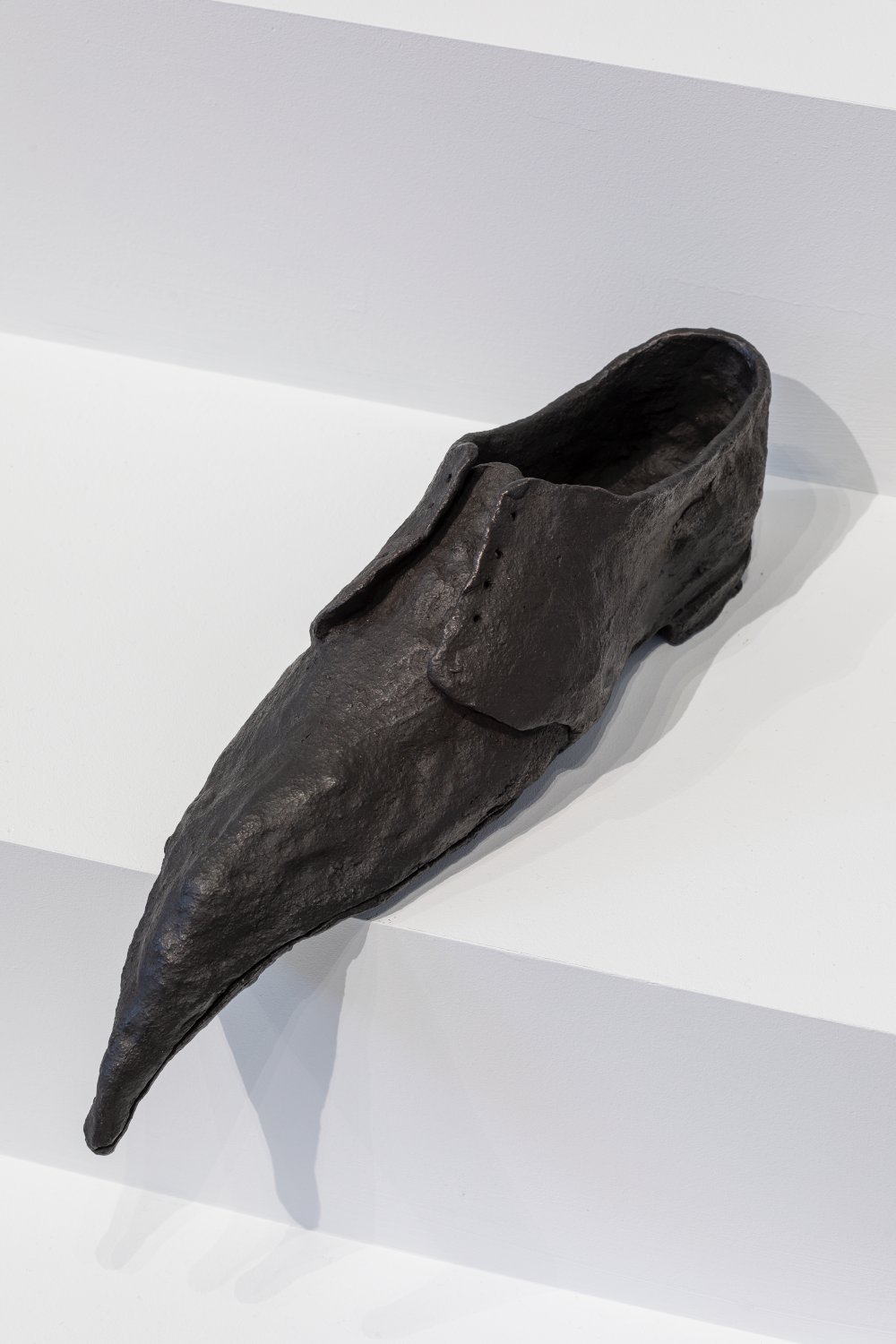 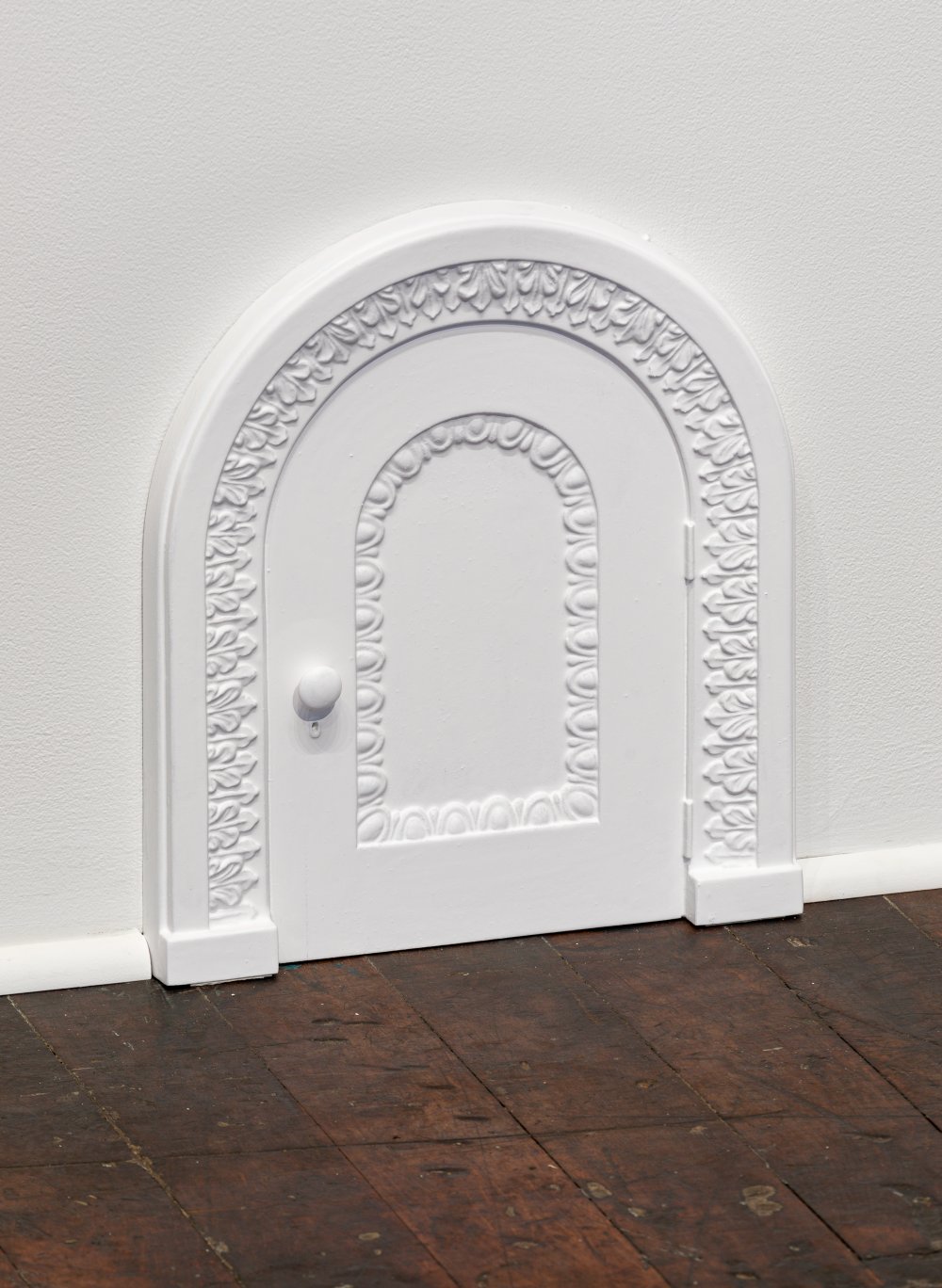 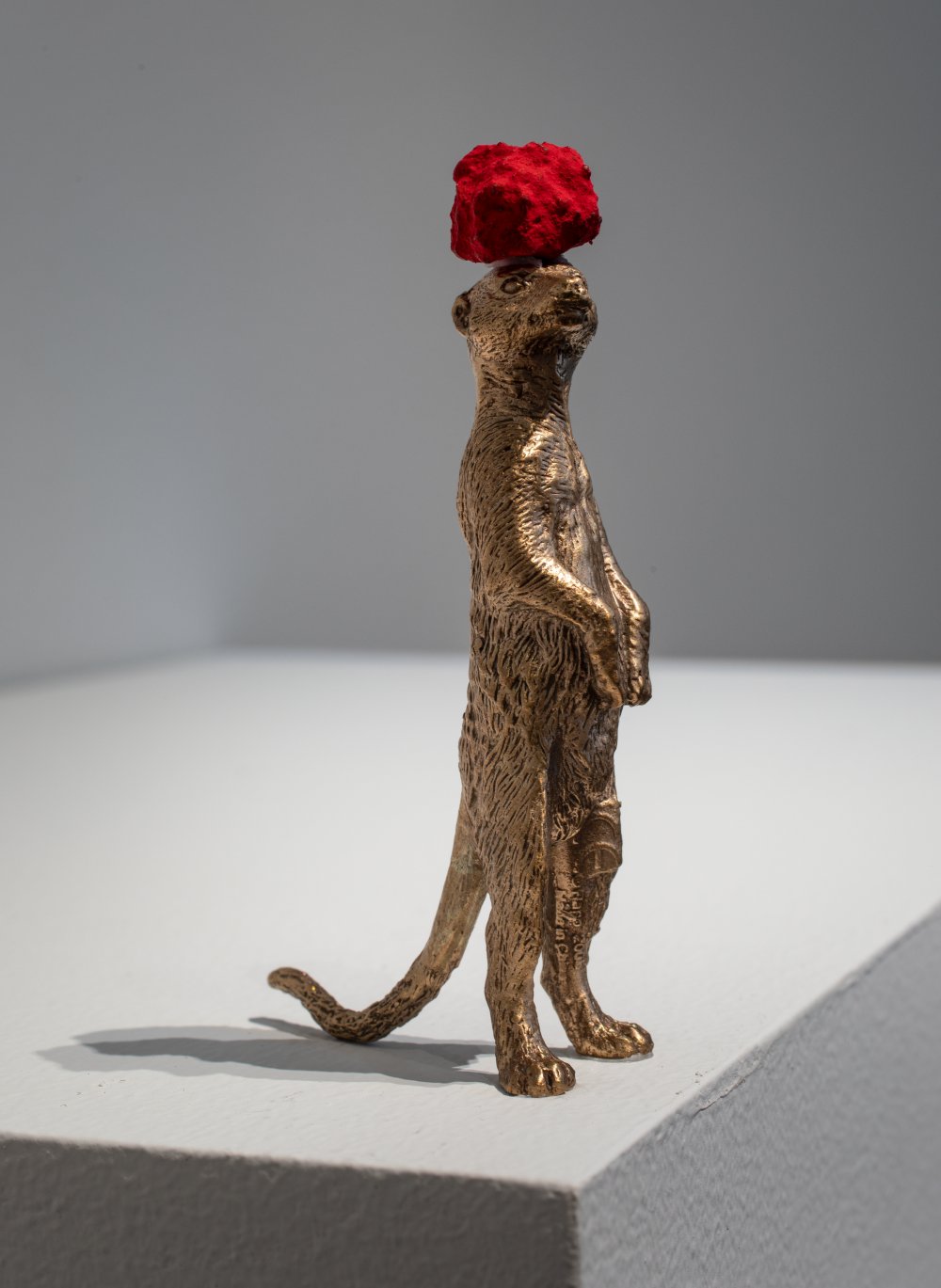 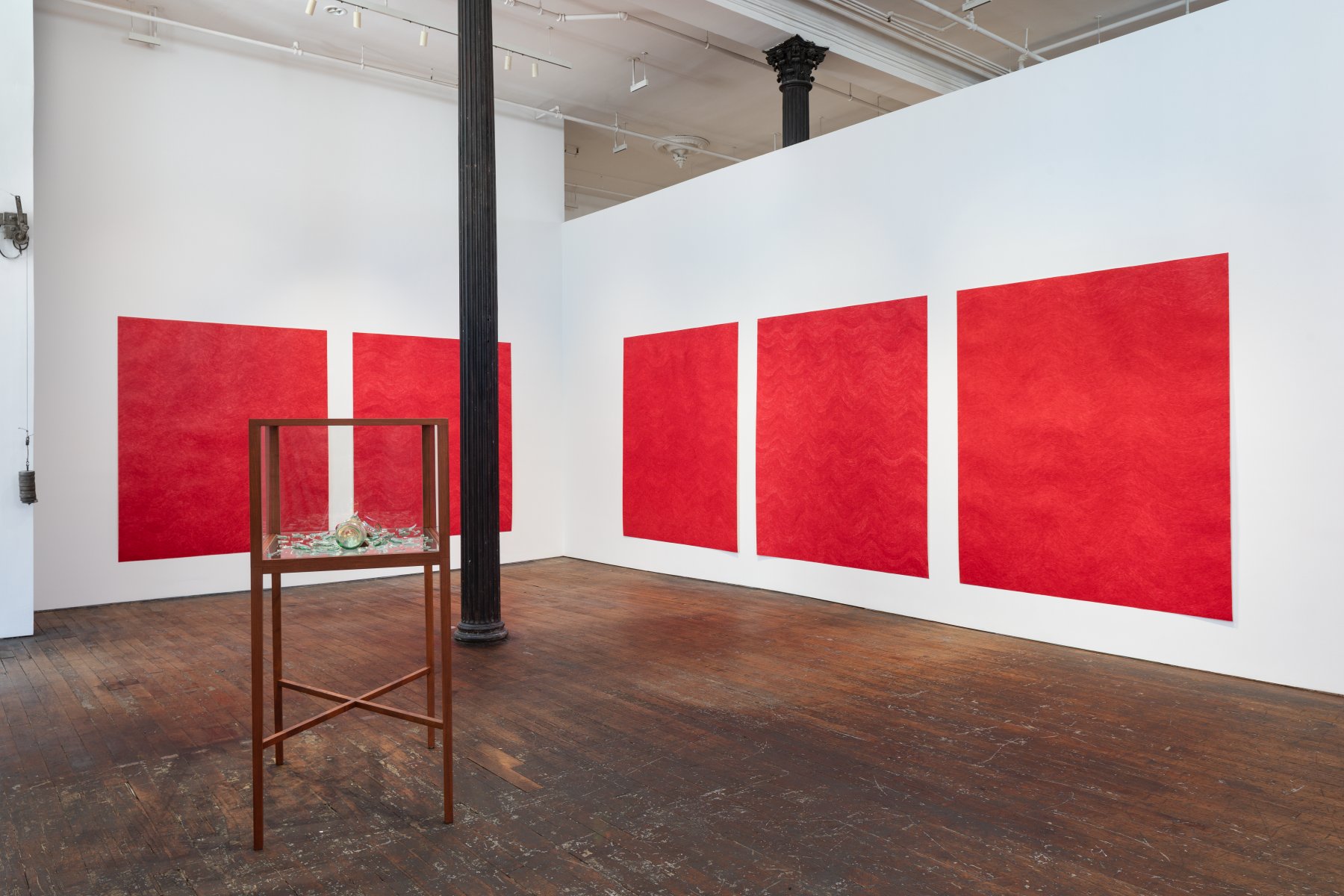 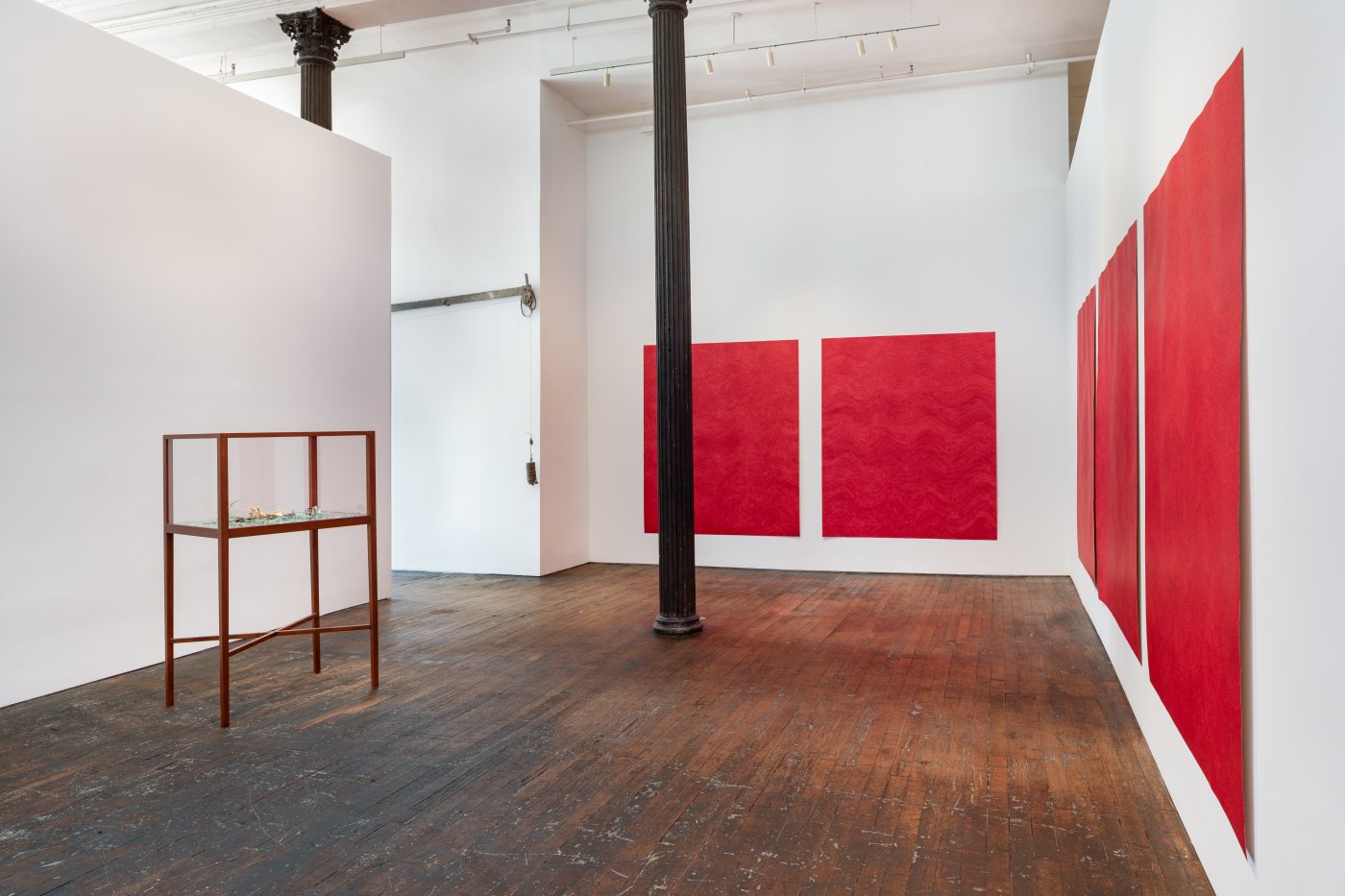 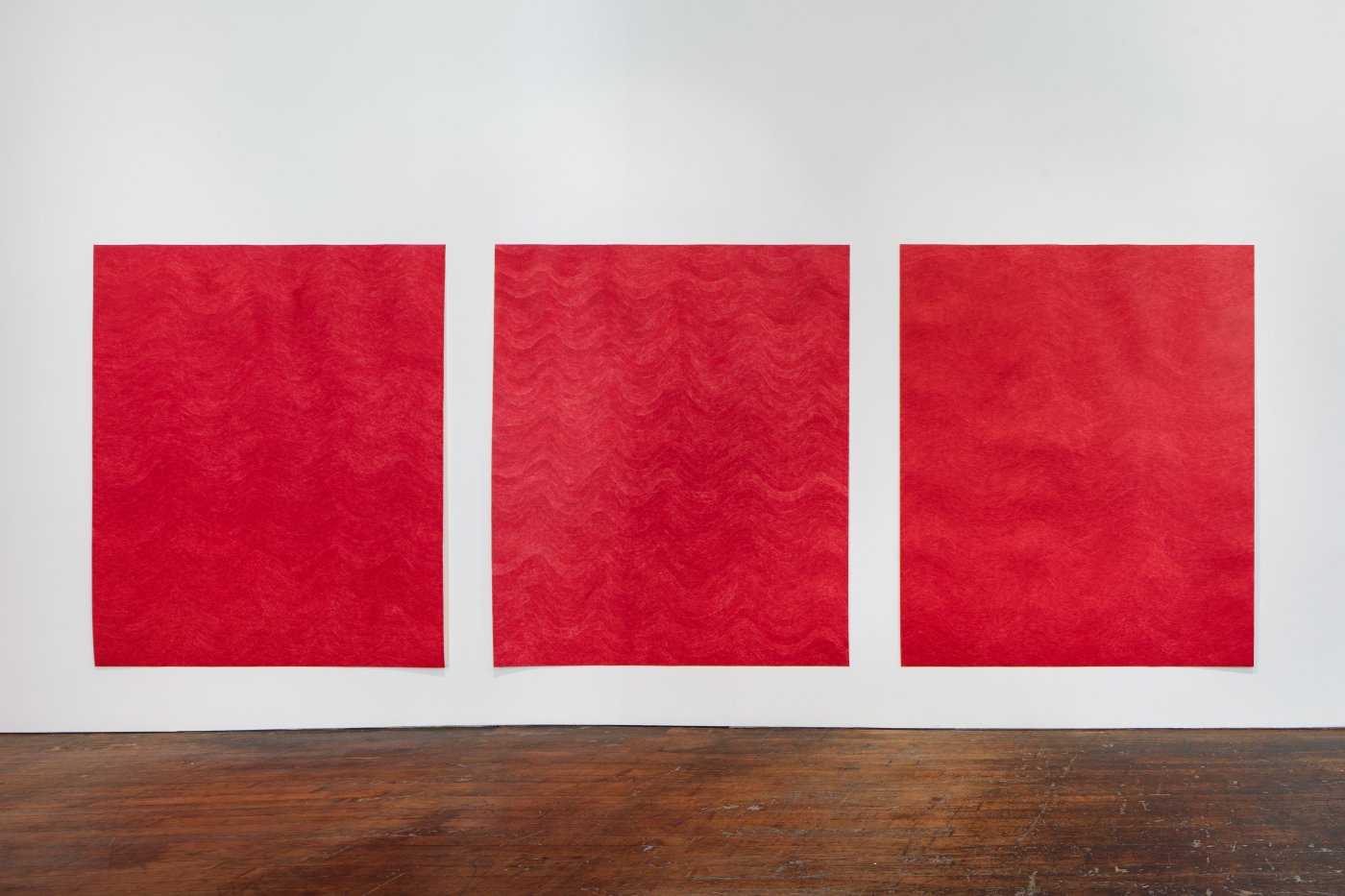 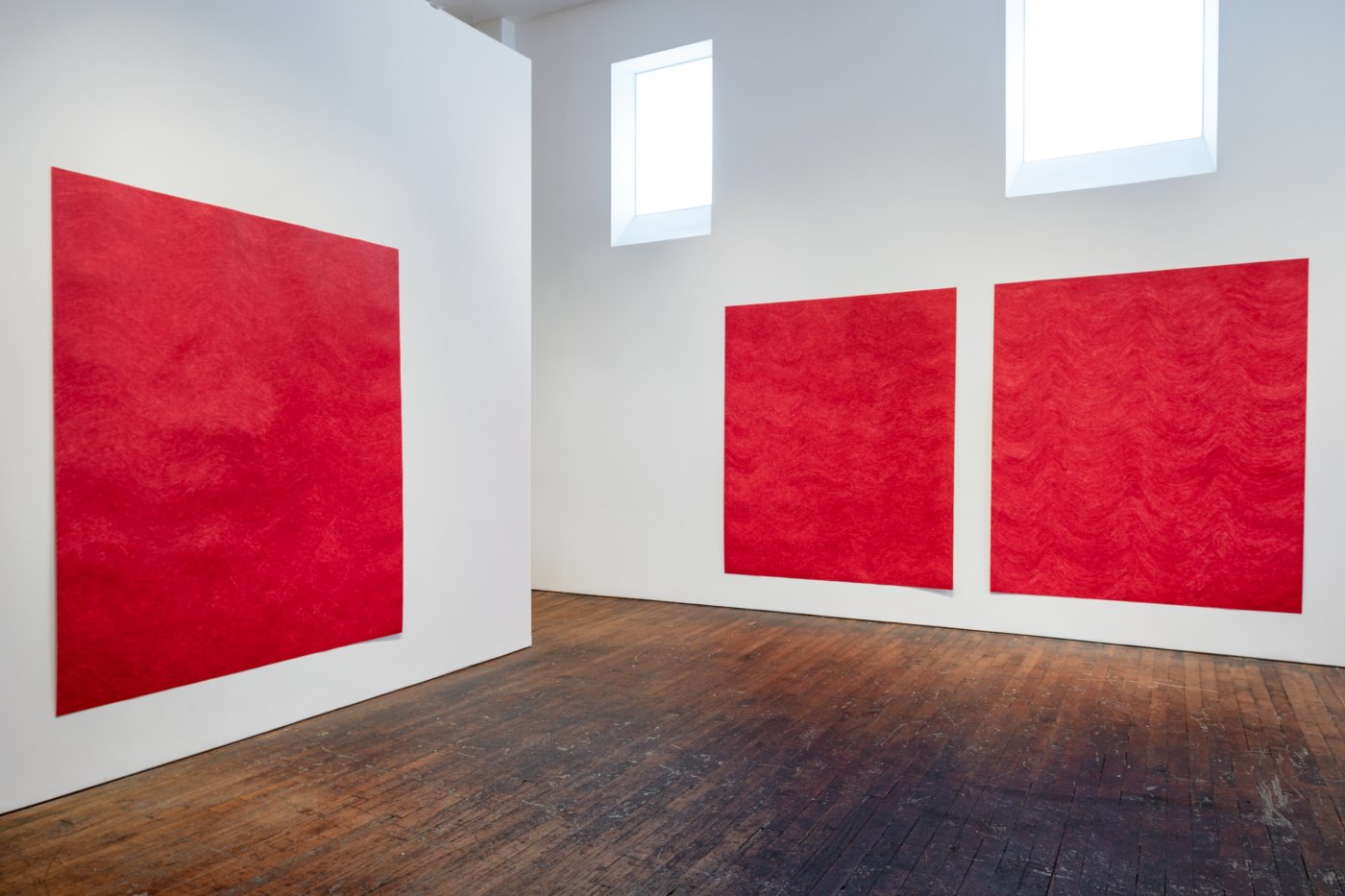 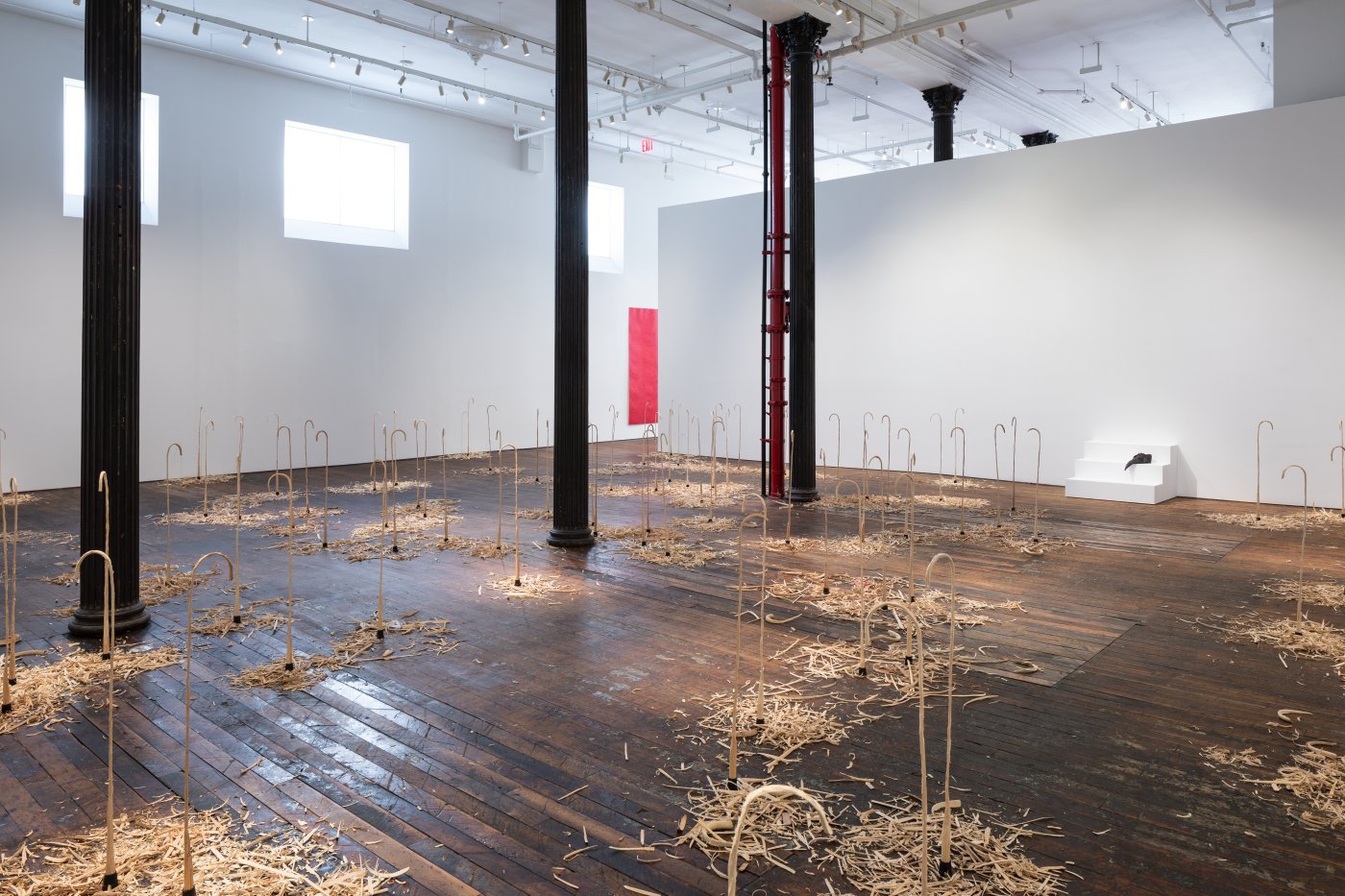 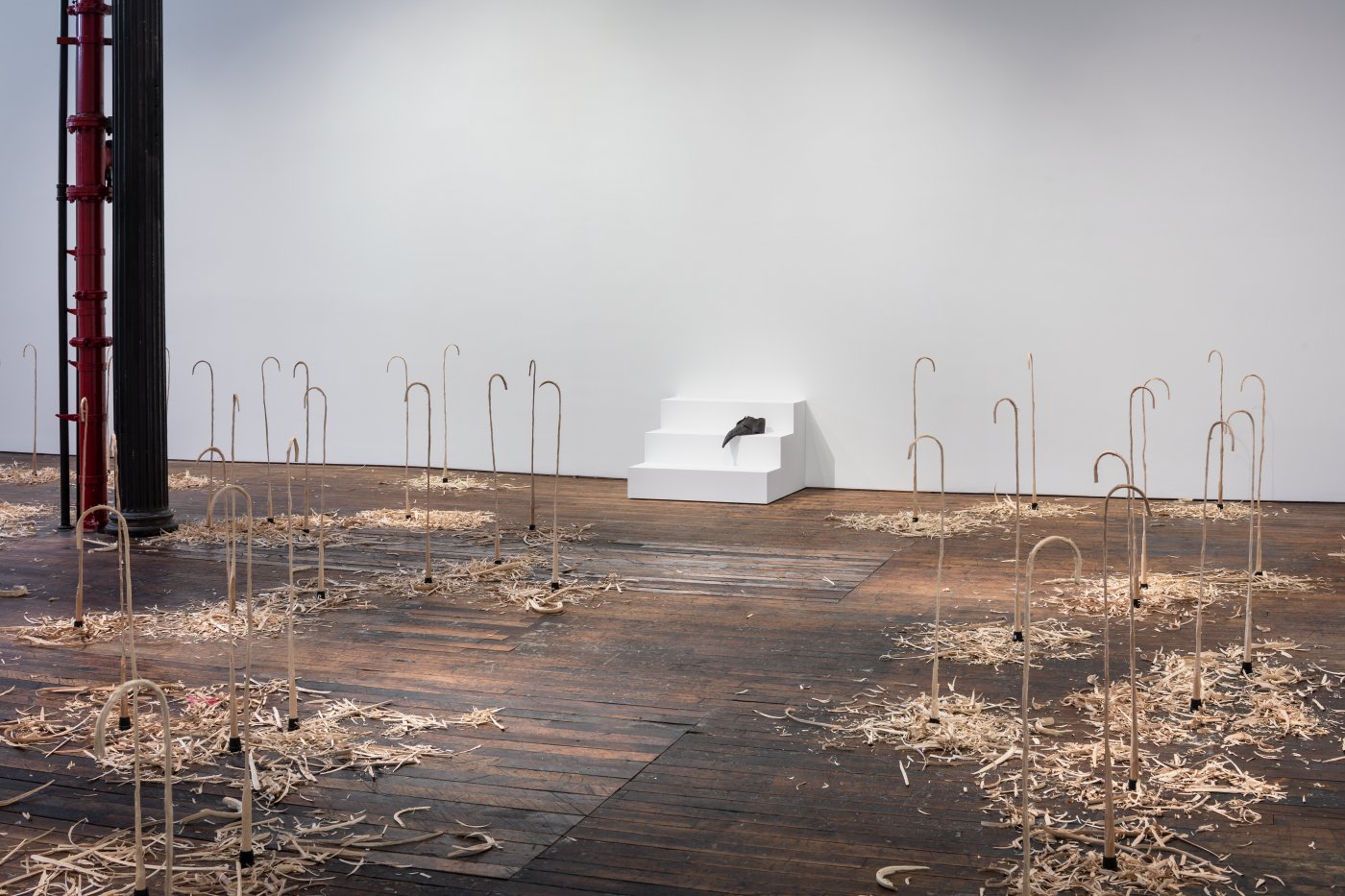 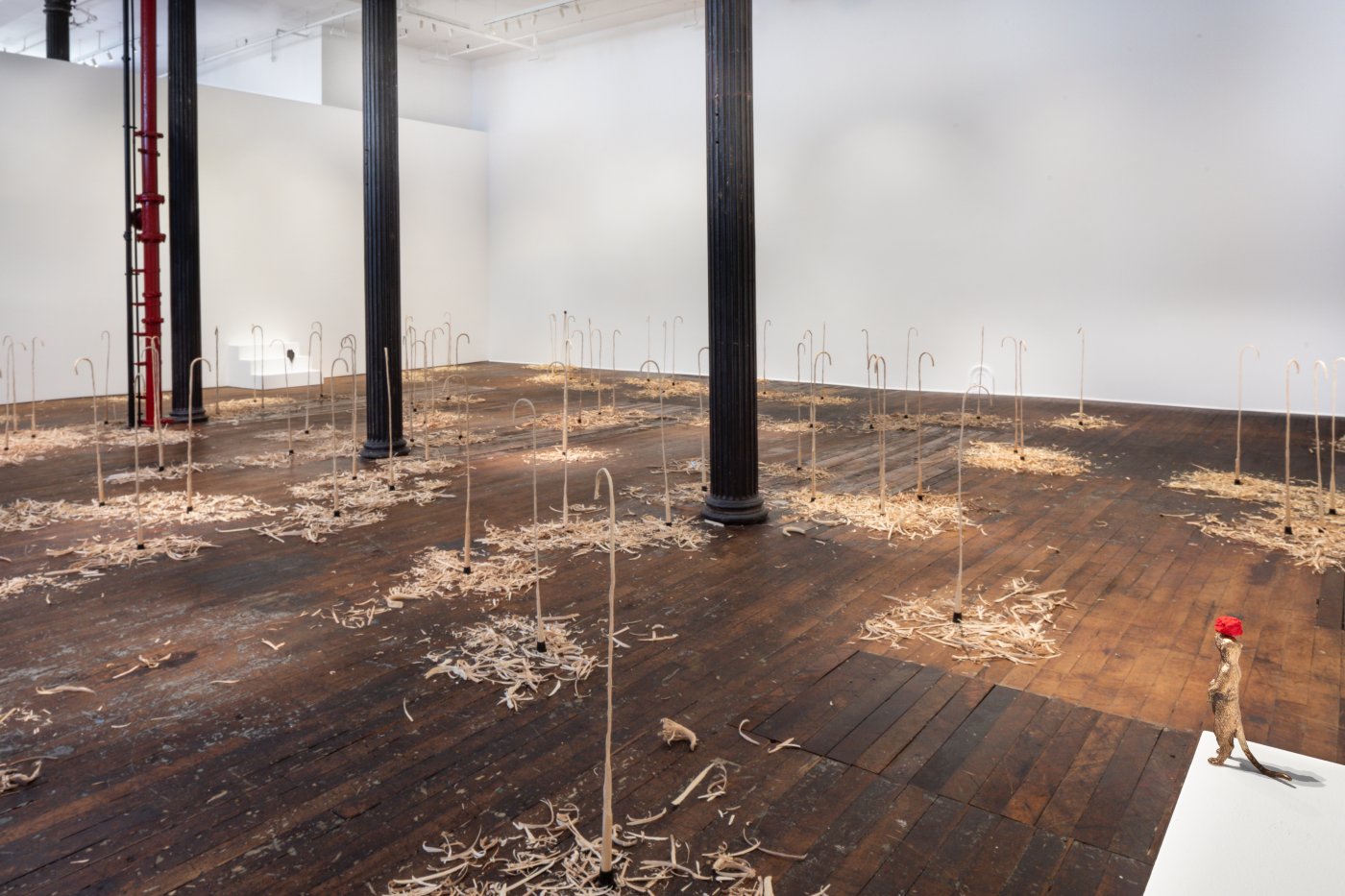 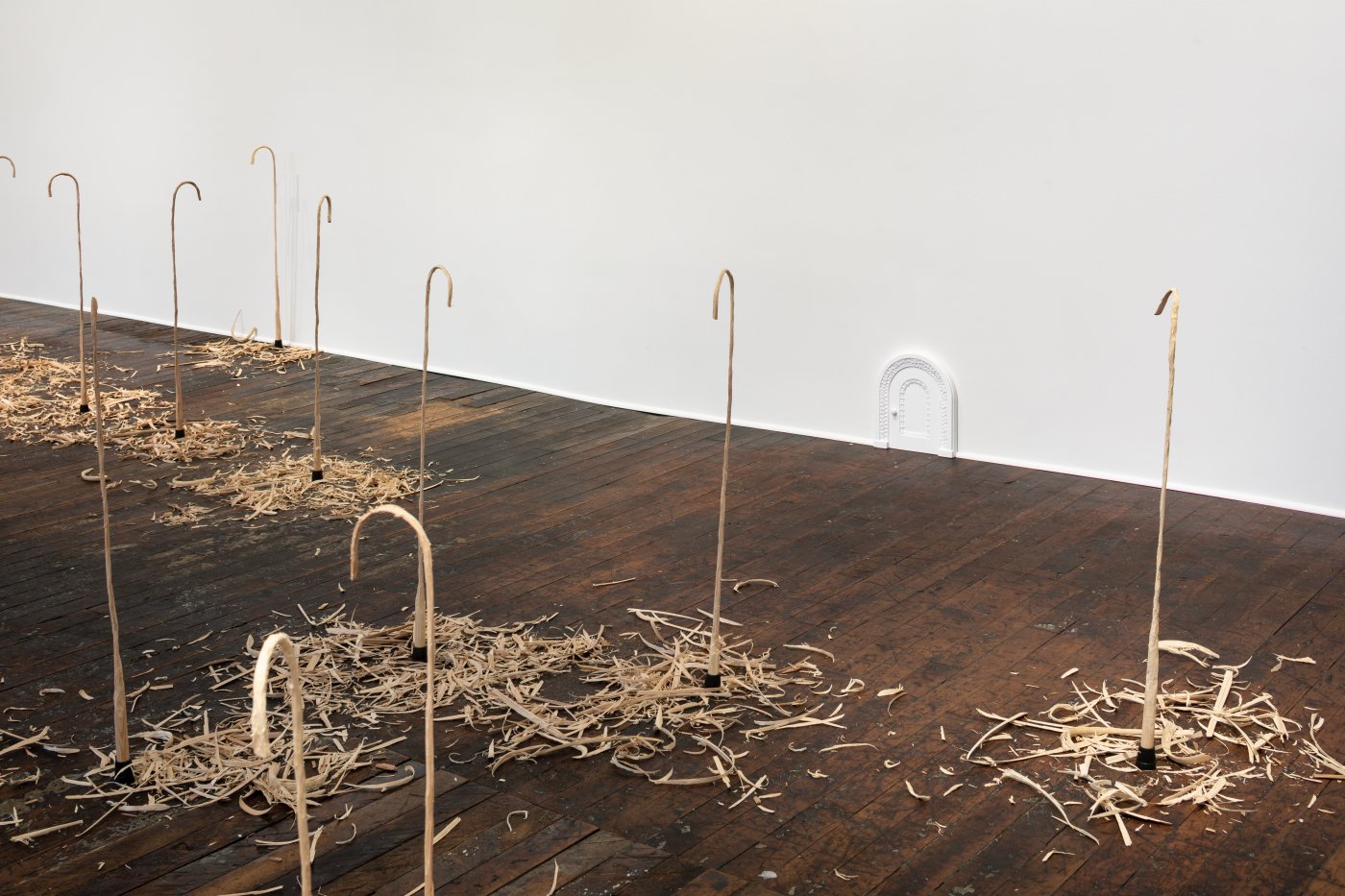 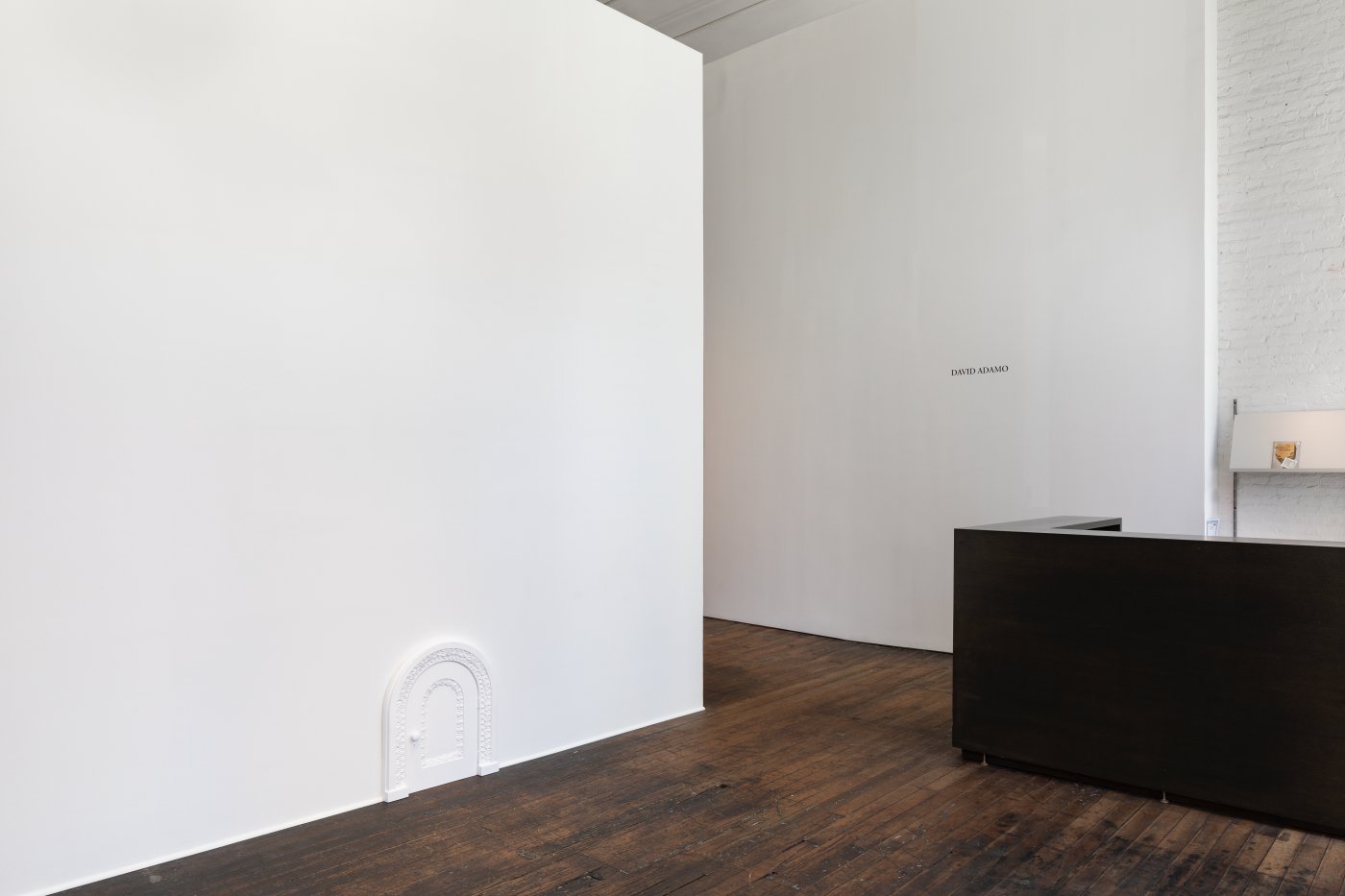 Describing his early and current influences, and some of the individual works in the show, he writes:

One of my formative childhood memories is picking up a twig in the forest and gently peeling away the layer of bark with the blade of my pocket knife, revealing an entirely new form underneath and fundamentally transforming the twig through this simple act of removing material.

I arrived at the canes several years ago, circa 2006, in a moment of creative urgency where I was whittling just about anything wooden I could find in New York City. The cane was in the corner and I began to peel away the layers. Immediately, it connected me to that moment in the forest, to my childhood. In many ways I’ve worked on the same piece my whole life. I began work on 108 canes this past year, again in a moment of urgency and uncertainty, after months of lockdown, a series of cancellations, sporadic visits to the studio and a general lack of motivation. I turned to the writing, teaching and practices of the Buddha. To be clear, I’m not Buddhist nor is the work about Buddhism but – inspired! – I began doing 108 bows in the morning, as well as sitting meditation. Soothed by this repetitive routine, I thought I would extend this to a practice in the studio… I had always wanted to whittle a large field of canes, like a field of tall grass, but simply never did. I had time on my hands and 108 seemed like a good goal, as I was already working with the number in my physical practice. There was a cane in the corner and I began… One cane a day, I thought… trying to be some kind of monk. I was too ambitious with my spiritual path. My meditation practice began to waver and become inconsistent and so did the idea of the one cane a day. The process took much longer and maybe what I found was more of the same old obsessed little beaver troll, dwelling in my self-made forest; digging, scratching, clawing, sleeping, peeling, itching, smoking, grinding and gnawing my way through the process… which is more honest, I think.

The red drawings came about in similar but different form of urgency. After years of carving and making sculptures, I found myself in a situation where my back was aching and I consciously wanted to take a break from making sculptures in the way which I had been. I had a red pen and a small notebook and tried my hand in poetry, though everything I wrote ended up crossed out. Embarrassed that someone might see my attempts, I completely scribbled over the entire page. More interested by this, I filled the small notebook and I began to develop the technique I would use for the series of red drawings… I had also been doing research about carpet weaving and was practicing percussion at the studio and, fascinated by the process, I began thinking about I way to combine these interests. I saw my red drawings as a sort of training for the drums and for the patience needed for carpet weaving. I worked on the drawings filling the paper slowly line by line, like a carpet… At first I was using a singular pen in my left hand. As my hand began to tire, I switched to my right. Eventually, I was using both hands simultaneously with multiple pens in each. As the scale of the drawings grew, the physical act of making them became once again like that of sculpture. Digging, scratching, clawing my way through them – the rhythmic trace of the gesture almost like a drum roll. I kept going for months. I liked coming to the studio knowing what I was going to do; the same thing I did the day before. Of course, it was impossible to replicate the same surface quality every day and I liked this inconsistency to the drawing. It added unintended texture. Some days I worked faster and lighter, other days slower and heavier… an inconsistent consistency.

The two small doors in the exhibition continue a long standing series, first started in 2010 and based on small doors I found in my neighborhood. I like the idea that my miniature replications of these doors create entrances for small spaces in the installation; a place behind the doors that only exists in our imagination… At the beginning of 2021 I remember following the confirmation of the Joe Biden victory and watching as the storming of the capitol building unfolded. I remember shocking online videos of the rioters taking over the halls of the building, this interior vision of the building being taken over, and even someone being shot. This kept my attention. During this time, I also saw a short, cheesy documentary about tiny doors, originally hiding plumbing used in case of flood, installed in the capitol building. I decided to make a life-size reproduction of one of these doors as a marker of this time… the time when the halls flooded.

David Adamo’s previous exhibitions include solo presentations at: 39 Great Jones, curated by Ugo Rondinone (2017), the Albright-Knox Art Gallery, Buffalo, New York, curated by Cathleen Chaffee (2015), the Bielefeld Kunstverein, curated by Thomas Thiel (2012), and Kunsthalle Friart Fribourg, curated by Corinne Charpentier (2011); and group exhibitions: The Domestic Plane: New Perspectives on Tabletop Art Objects, a meta-group exhibition in five chapters, including Objects Like Us and Kitchen Arrangement, both organized by Amy Smith-Stewart and David Adamo for the Aldrich Contemporary Art Museum, Connecticut (2018-2019), Some schools are cages and some schools are wings, Museo de Arte de Rio, Rio de Janiero (2014-2015), Material World, Denver Art Museum (2013), Based in Berlin, organized by the KW Institute for Contemporary Art, Berlin (2011), No Sense of Place, Bergen Kunsthall, Norway (2011), The Whitney Biennial, New York (2010), and Greater New York at MoMA P.S.1, New York (2010), among others. His work is currently on view at the APALAZZOGALLERY in Brescia, Italy in an exhibition organized by writer and curator Bob Nickas (2022).