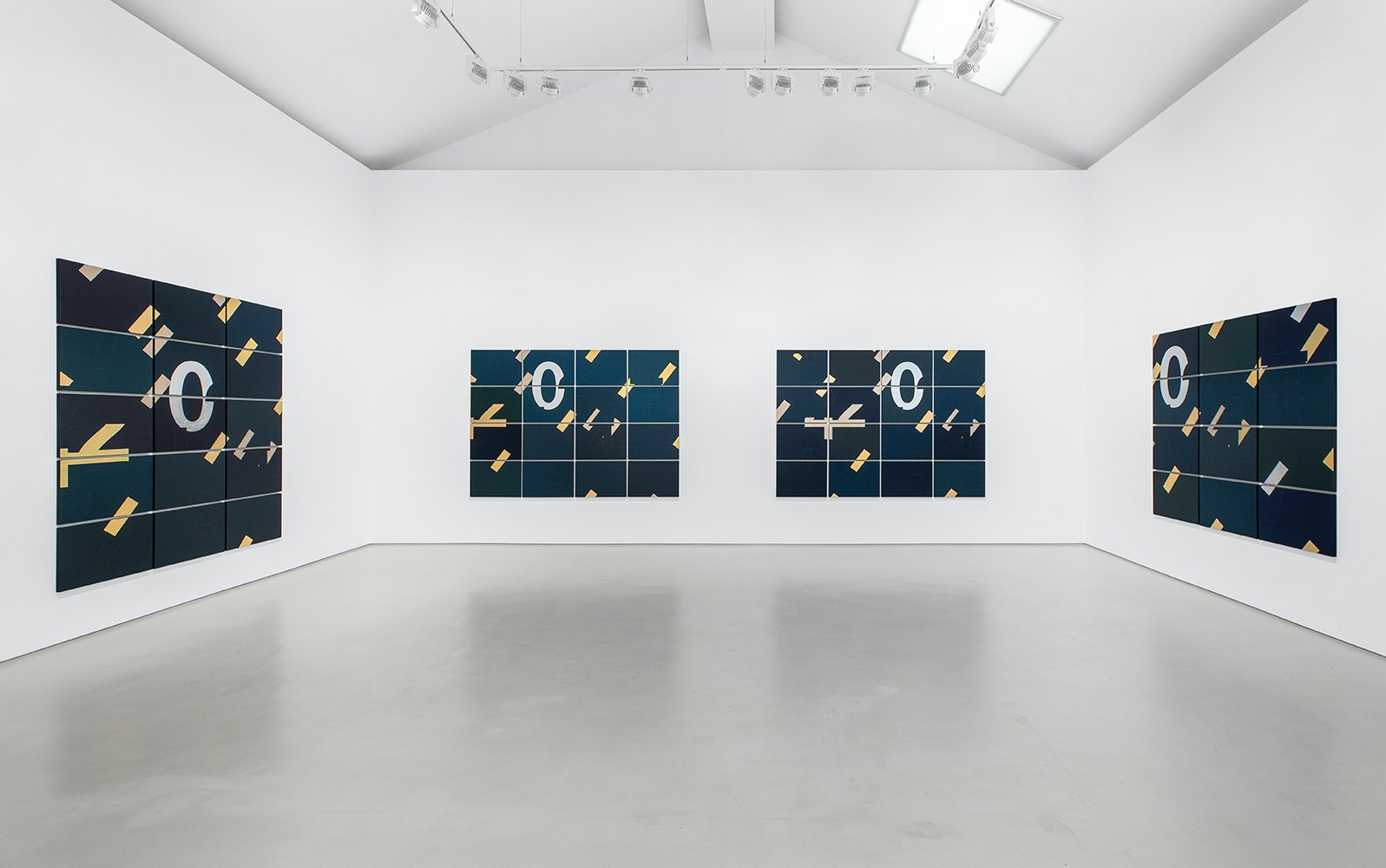 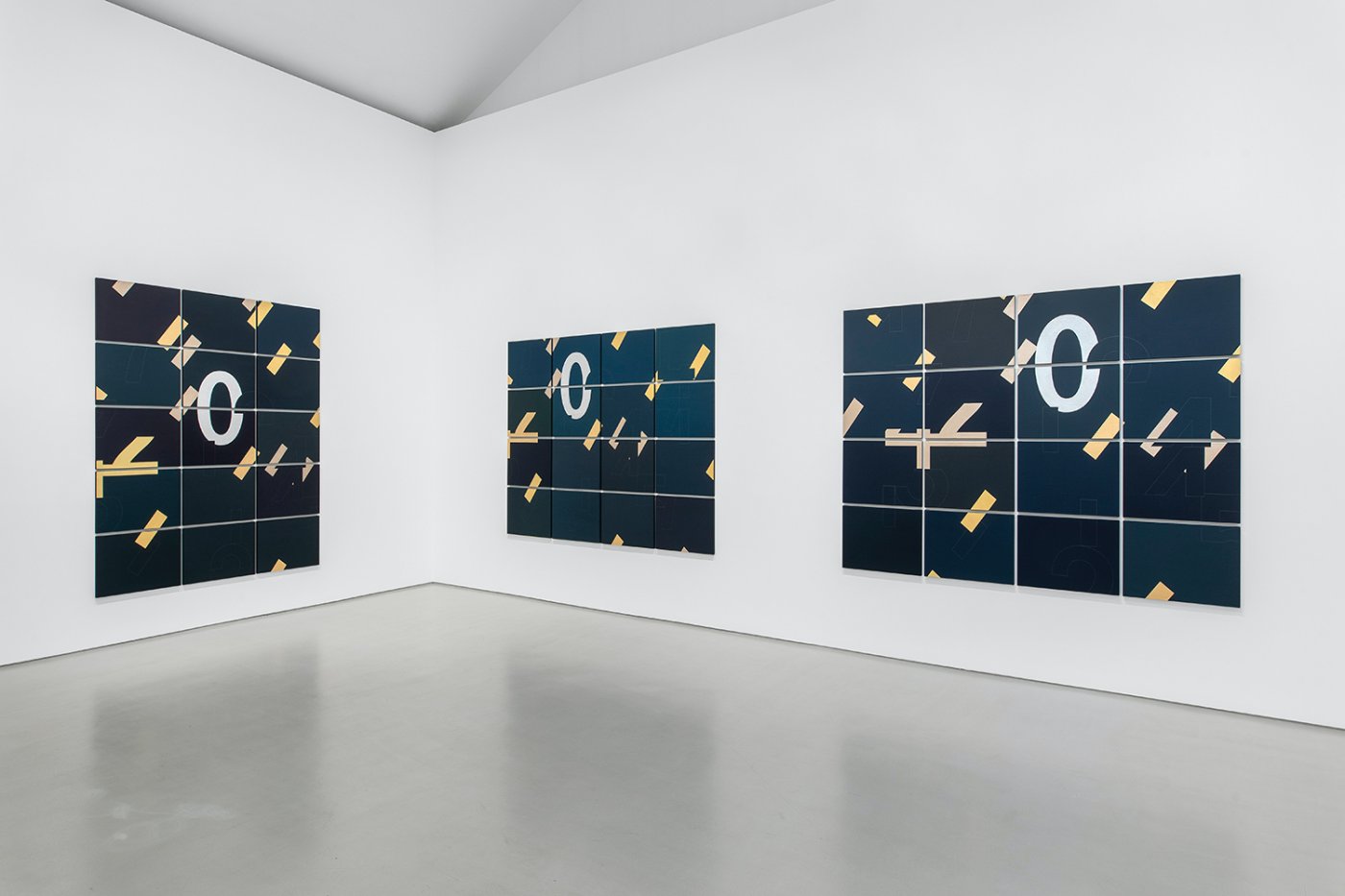 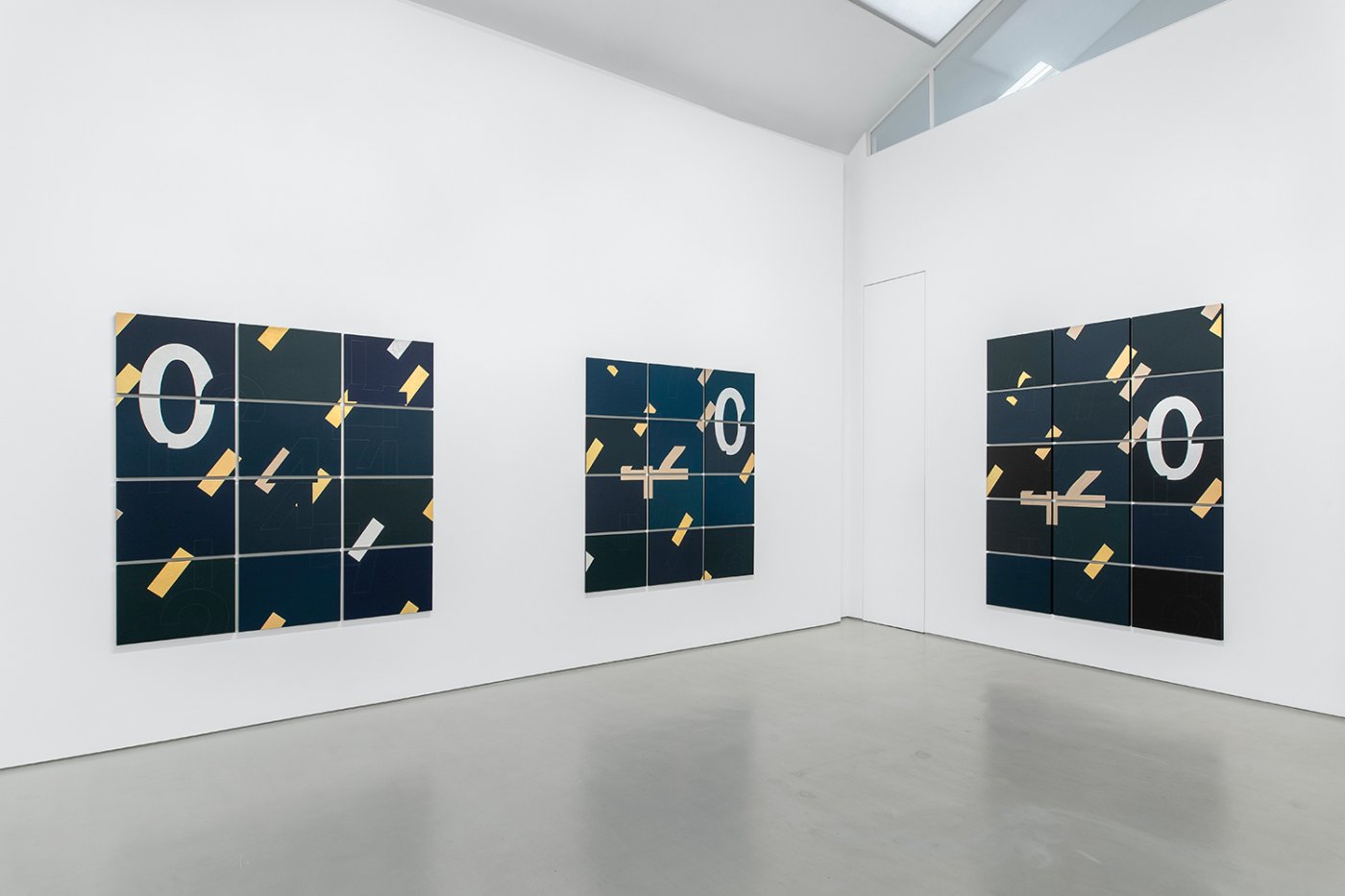 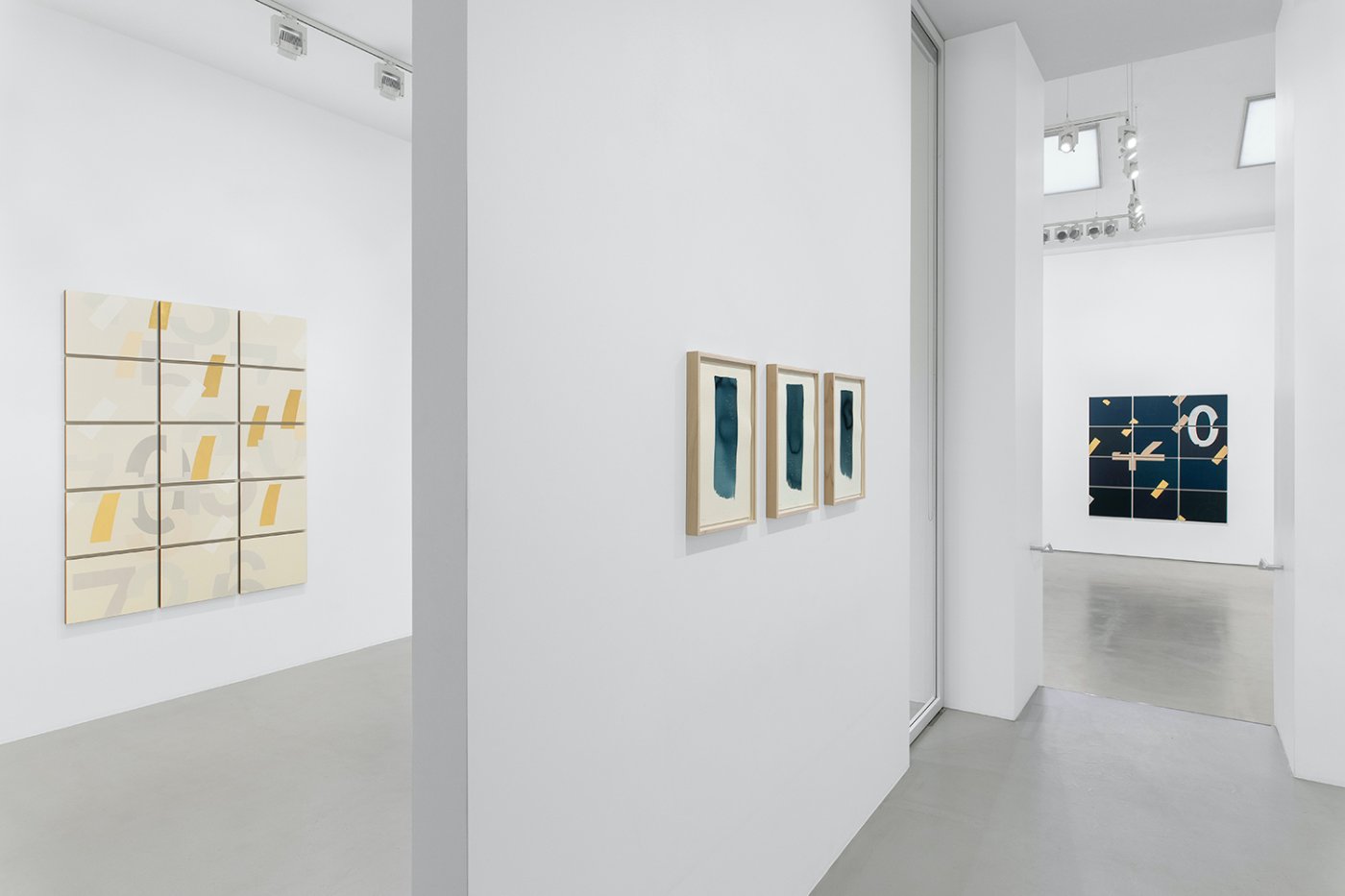 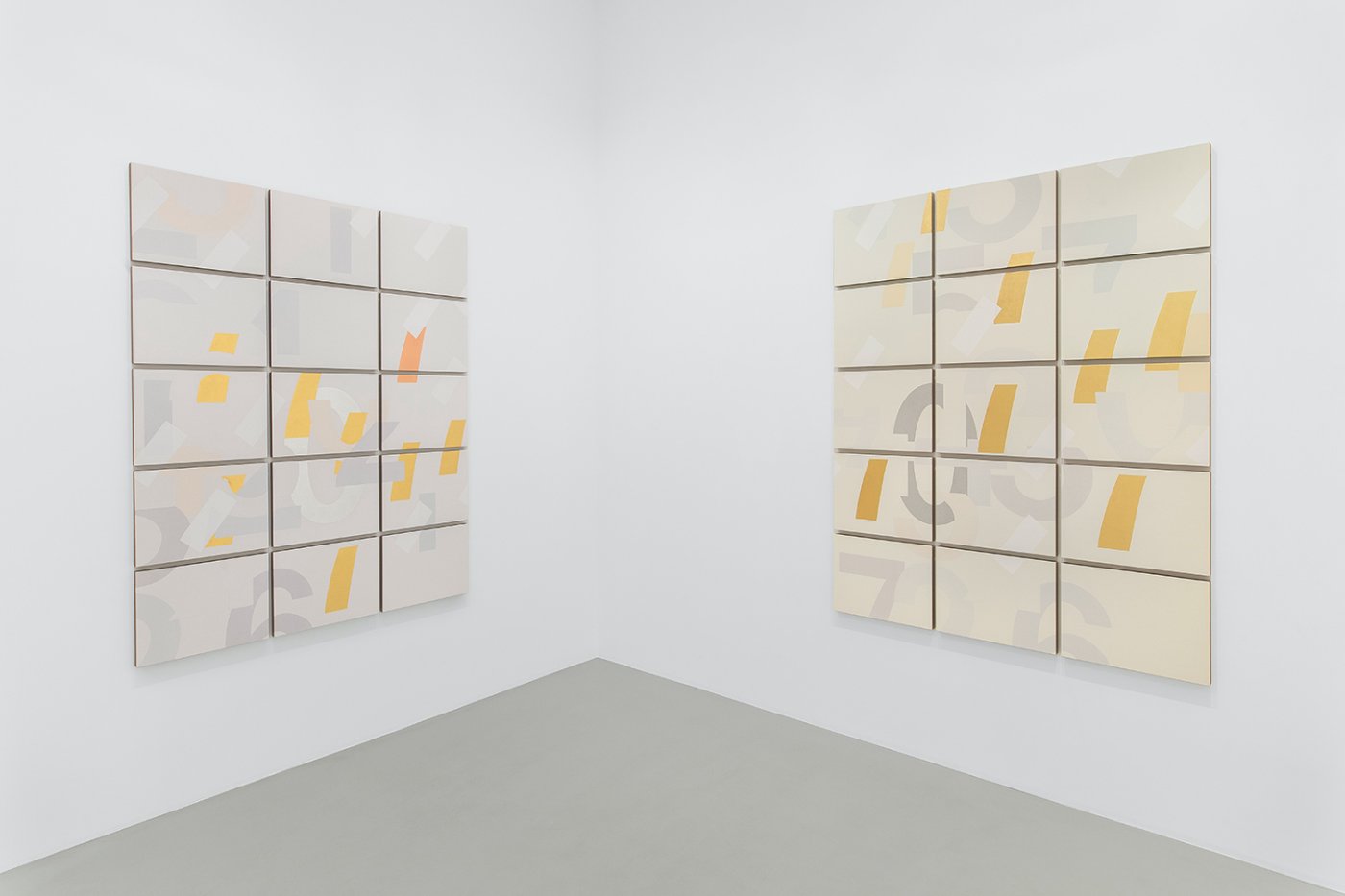 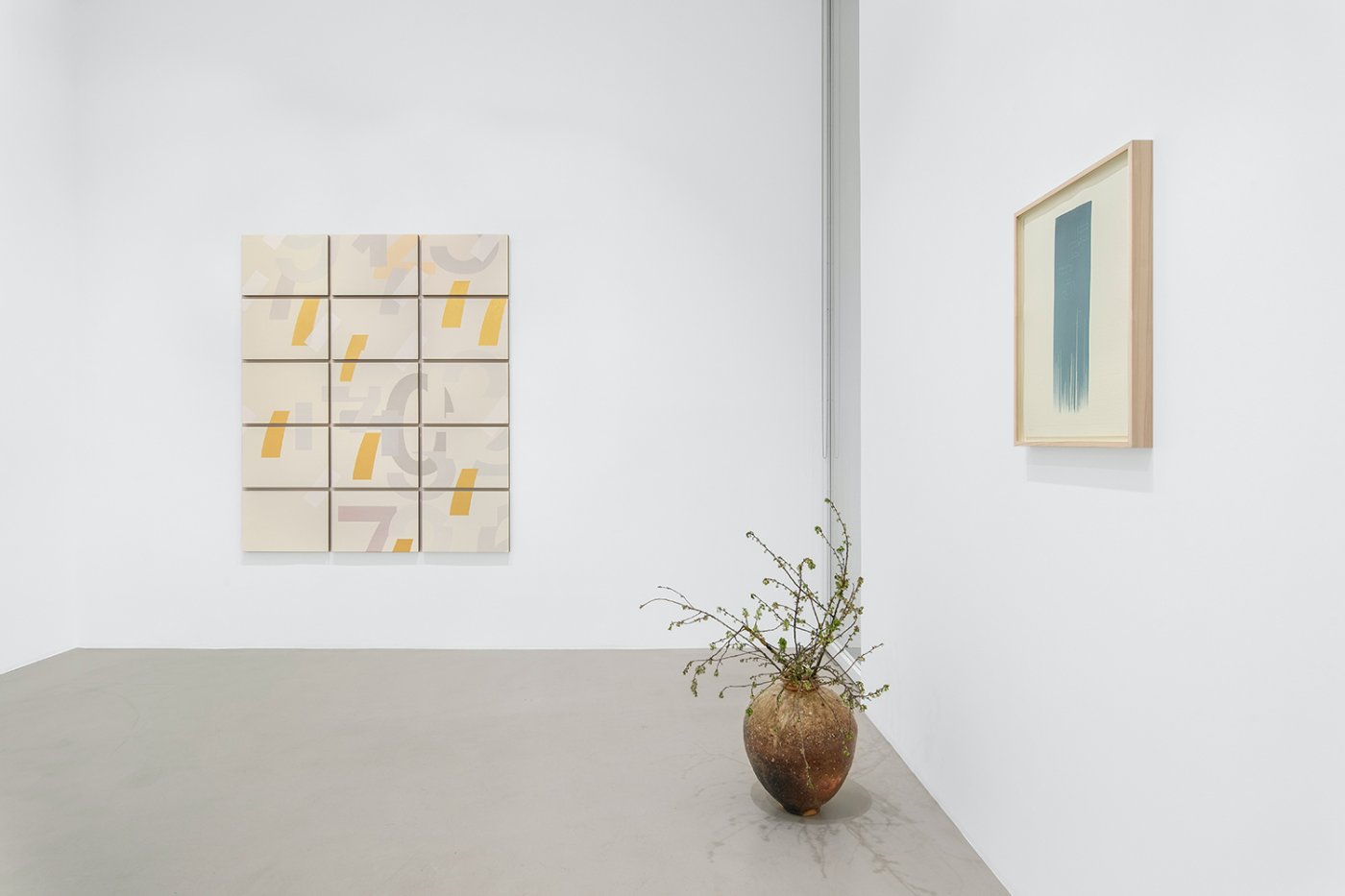 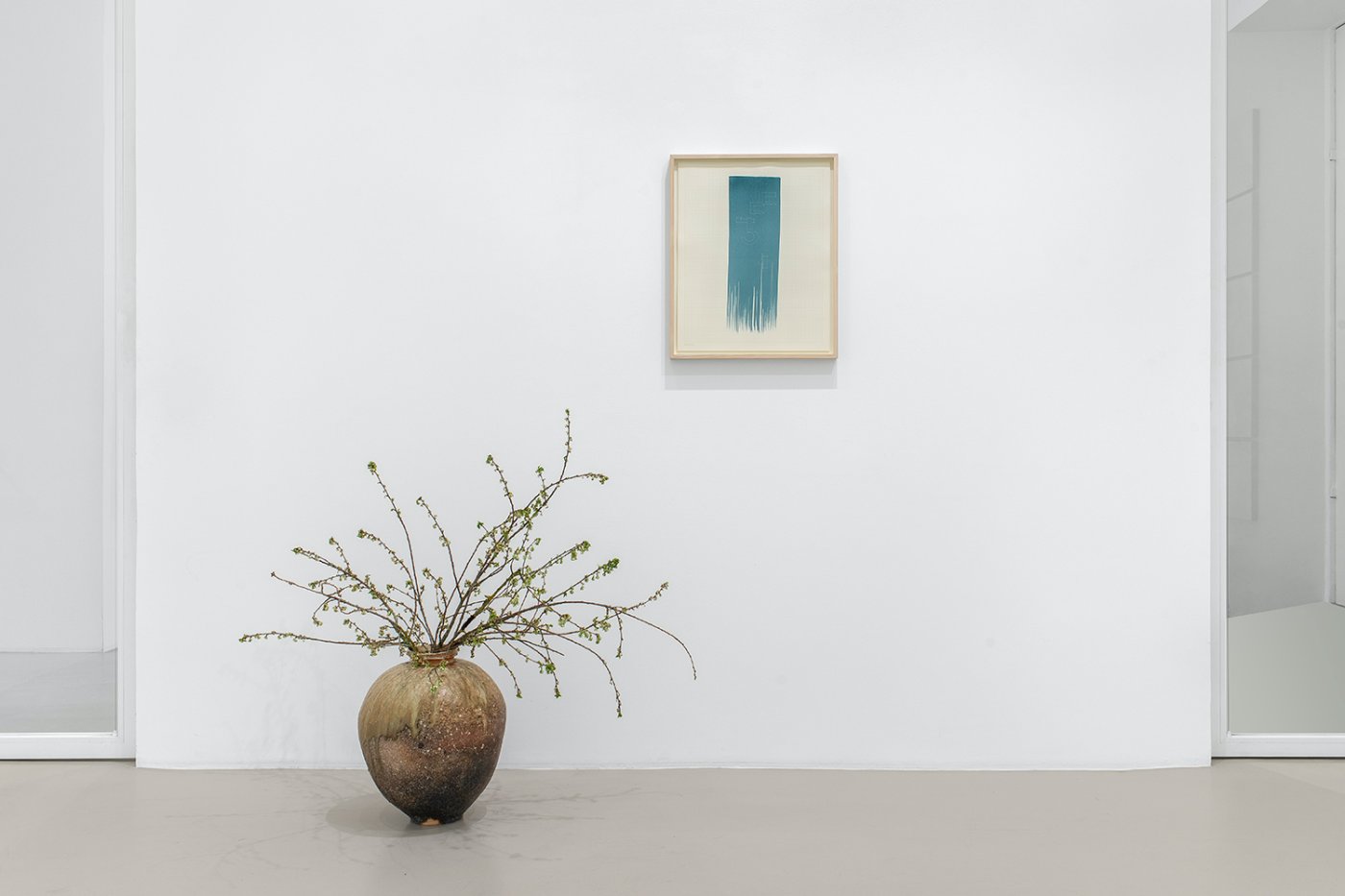 British artist Darren Almond works in a variety of media, spanning photography, film, installation, sculpture and painting. His diverse subjects deal with abstract ideas of time, space, history and memory, and how these concepts relate and intersect. Unearthing the symbolic and emotional potential of objects, places and situations, the artist produces works charged with historical as well as personal resonance.

For his second show with the gallery in Paris, Almond presents a selection of new paintings and works on paper inspired by the “Great Conjunction”, a rare astronomical phenomenon that recently took place in one of its most remarkable iterations in December 2020. Steeped in mythology, this celestial event occurs approximately every twenty years, when Jupiter and Saturn appear closest together in the sky. On the night of the Great Conjunction of 2020, the two planets shared the most intimate nocturnal proximity since 1226, appearing as a unified, gigantic and extraordinary star defying perception, space and time.

Drawing on this cosmic alignment, as well as the art of the Japanese Ukiyo-e masters, Almond has produced a series of nine large-scale paintings, each inscribed with abstracted numerical digits inlaid with precious metals and alloys – all pure conductors of light. The artist explains, “All works are multi-panelled canvases that hang on a grid format, the grid being the mathematical gateway to the abstract. The figures which roam across the composition are divided integers, fragments of base ten, a language which belies the math of understanding where and who we are. Our cosmic landscape and biological make-up all reside in this language for it informs all extremities, from describing spacetime to underlying genetic code and engineering.” Divided into subcategories, three of the works are bathed in pale washes of colour signifying daybreak, and six are composed in the deep and ruminating tones of nightfall. Across both sets of paintings, the only whole integer is 0, which Almond refers to as “infinity’s twin” for its simultaneous embodiment of everything and nothing. Rendered in aluminium, the 0 appears in each work as if in transit: the moon in orbit, the rising sun, a celestial pole.

The paintings are each activated by naturally occurring light conditions, which produce subtle shifts in their appearance throughout the day. Anchored in real time, they exist in a permanent state of flux, as nuanced as the cycle of the sky from dusk to dawn. The entrance to the show is marked by the lighter works, known as the Kyoto Snows paintings. The metal alloys, dispersed in fragmented numbers across their panels, emit a golden light which glows with the intimacy of daybreak. Some of the metal integers are buried beneath pale washes of paint, evoking the soft complexity of a changing skyscape. The works are inspired by Katsushika Hokusai’s renowned print, Morning Glories and Tree Frog, 1833-1834, a copy of which hangs upside-down in Almond’s studio. Abstracted thus from representation, Hokusai’s inverted print is recalled in the bright colour palette, ostensible flatness and intricate forms of the Kyoto Snows.

The second room introduces Almond’s Night Fall paintings, marking a shift in tone. The panels of these works are larger in scale, each painted in varying shades of indigo. Almond took Utagawa Hiroshige’s Sudden Shower over Shin-Ōhashi Bridge and Atake, 1857, as a source of inspiration for these works, captivated by its temporal ambiguity and esoteric palette. Evocative of Hiroshige’s print, fragments of metallic numbers disperse across the surface of Almond’s paintings in slanting rays, disrupting the order of the grids like falling rain or meteor showers. Subtle constellation patterns are charted in graphite, their outlines visible only to the naked eye but not the camera lens.

The paintings draw from Almond’s fascination with the Katsura Imperial Villa in Kyoto, which he became aware of through books and his travels in Japan. The works engage with the villa’s open architectural structures – a prefigure of Modernism – which were designed to frame the vast landscape and sky beyond, and the grid-like wall panels, composed in indigo and white. Each set, dark and light, originates respectively from two larger source paintings by Almond. Similarly arranged in grid formats, these, in turn, were based on the artist’s Light of Time series, 2018, a collection of photographs taken of the galaxy from the clearest point on Earth in Chile. Thus constituting fragments of landscapes, themselves fragmented, captured, and framed, these new paintings offer a profound continuation of Almond’s investigations into the cosmos, and the human fascination with the passing of time.

Four intimately scaled works on paper are also on view, each composed on gridded Somerset paper. A translucent wash of indigo Indian ink sweeps across a constellation of half-formed digits, juxtaposing mathematical structure with unbounded creativity. Titled Ephemeris, these works pertain to the trajectory of astronomical objects over the course of time. Bridging together different temporalities spanning night and day, cosmology and art history, order and chaos, Dark Light reflects on the invisible conjunctions which connect the universe.

“Whether they relate to the cycles of the day and the seasons, the ties that connect us to the Earth or the exploration of the solar system, [… Almond’s] works situate us in a complex, sometimes contradictory, relationship with the elements and the phenomena that surround us. A certain fascination and the experience of the sublime are combined with the perception of active and dynamic links; our desire to understand and master the world is mingled with the impression of belonging to the flows that pass through it.” — Christophe Gallois, 2017