Daniel Richter: I Should Have Known Better

Daniel Richter: I Should Have Known Better


“The studio is the sponge and the outside world is the water … The sponge is dipped into reality and then squeezed out.” Daniel Richter

Galerie Thaddaeus Ropac London presents an exhibition of new work by the German artist Daniel Richter, who has shaped painting in Germany since the fall of the Berlin wall. I Should Have Known Better is Richter’s first solo exhibition in London following the major mid-career retrospective which opened at the Louisiana Museum, Humlebæk, Denmark, in 2016, and travelled to the 21er Haus in Vienna and the Camden Arts Centre, London in 2017. 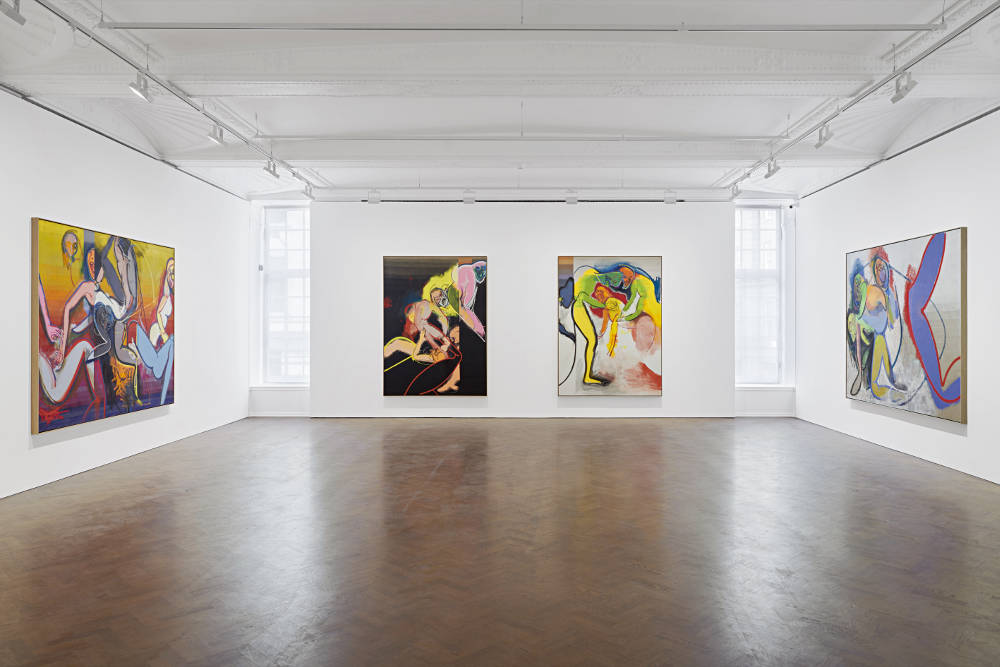 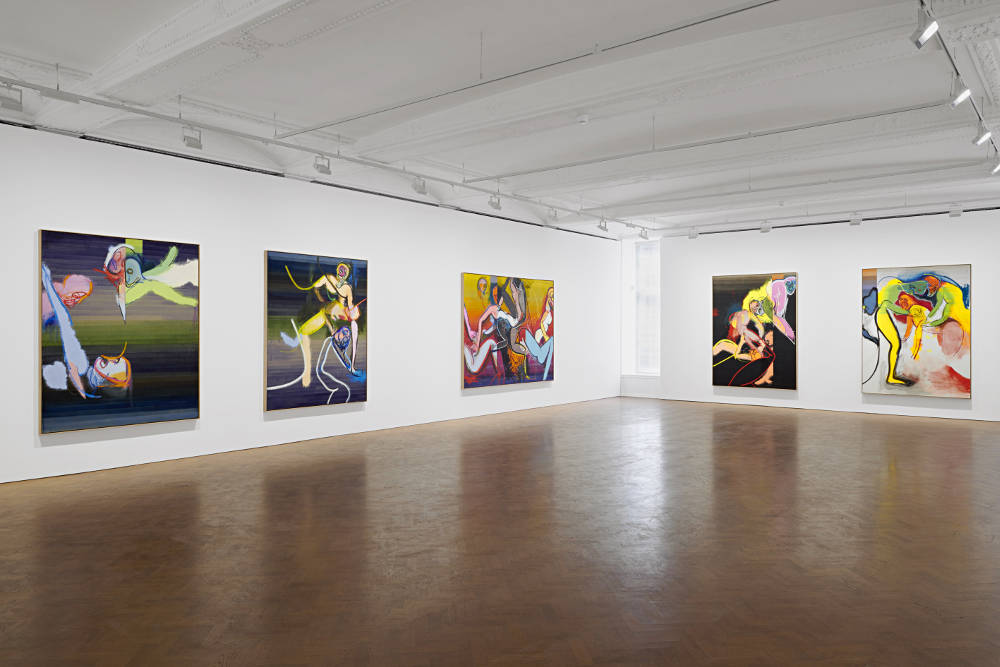 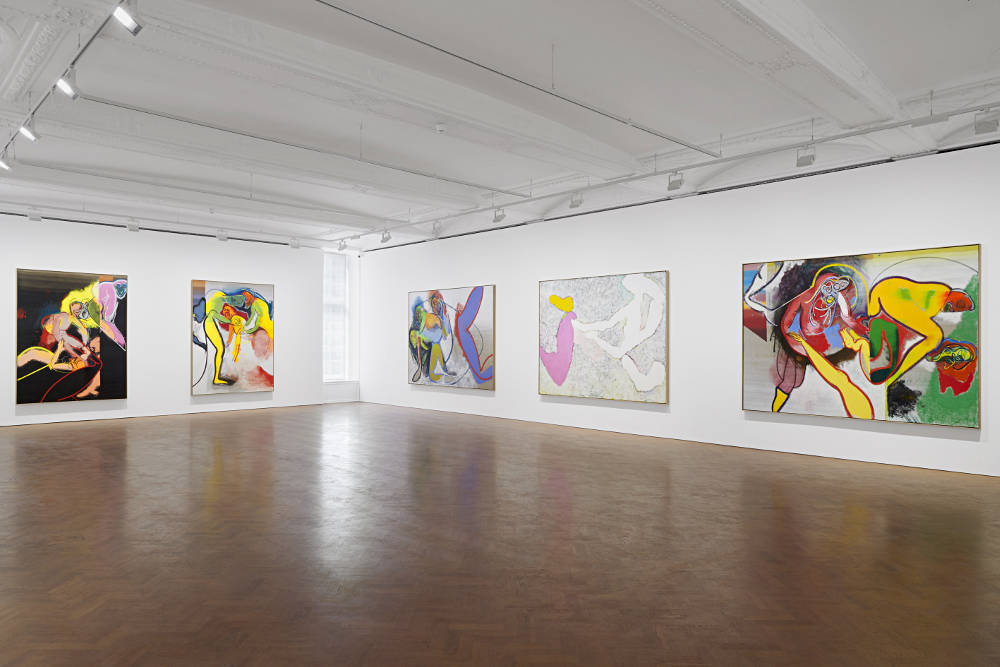 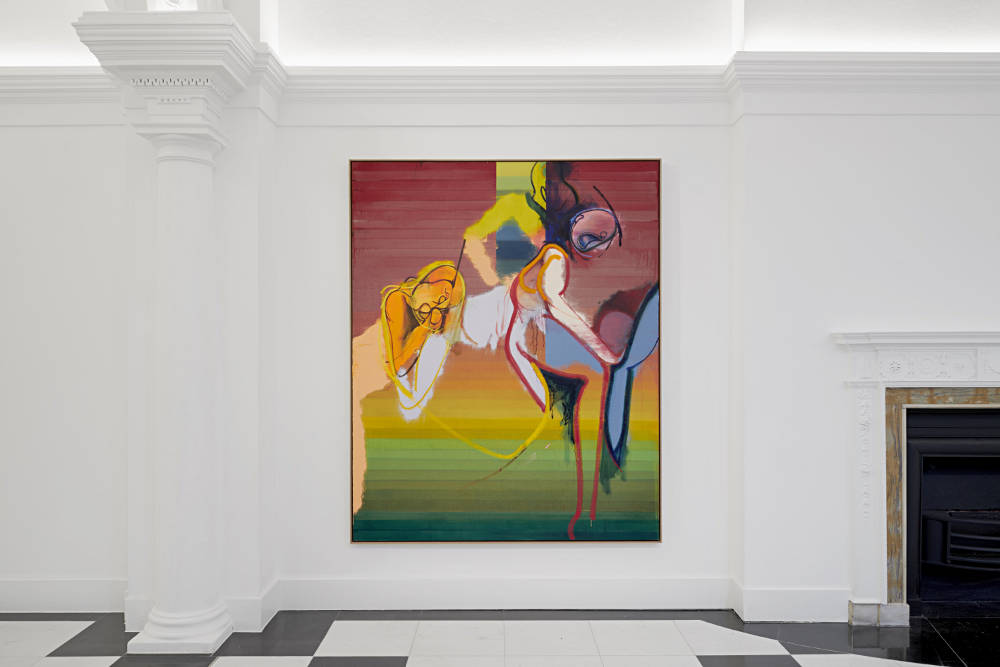 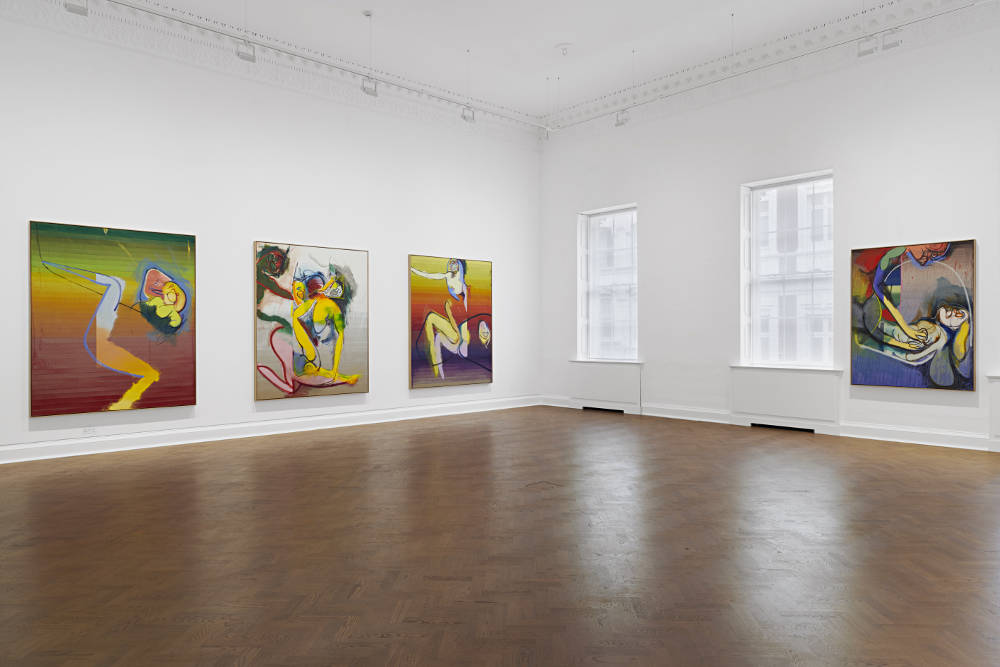 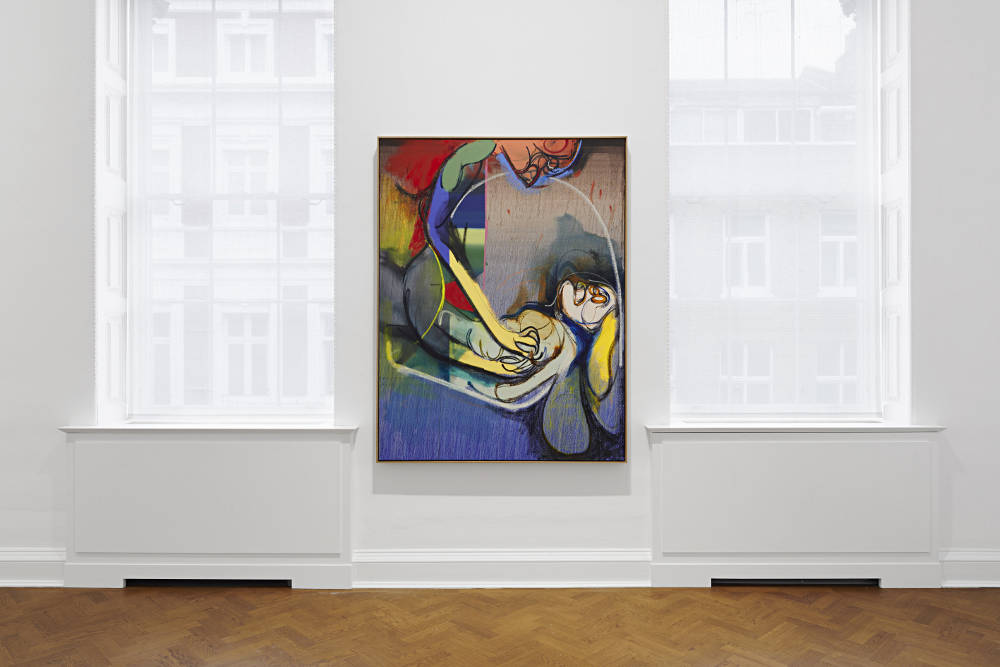 This group of large-scale oil paintings constitutes the next experimental step in a visual language which the artist has developed throughout his career. Since his formative years in Berlin as an assistant to Albert Oehlen, Richter’s paintings have synthesised art history, mass media, politics, sex and contemporary culture into ever-changing pictorial worlds. Richter’s current style, which oscillates between figuration and abstraction, represents a radical departure from his former approach to painting, both in terms of subject and form.

Lines of crayon-oil contour patches of colour to reveal body-like shapes in seemingly pornographic poses: spread legs, arched backs, grasping hands and wide-open mouths can be deciphered. Richter explains: “My concern is with the surface, this flat, tangled, never-changing scheme of figure constellations, in and out”. The figures seem to levitate and collide. The cannibalising shapes convey a sense of abstraction, which is reinforced by the background’s subtle gradations of colours.

In the 1980s, before moving to the painter’s studio, Richter designed record sleeves and posters for German punk bands, and music continues plays an intrinsic role in his work today. He uses musical references to title his exhibitions and paintings – I Should Have Known Better takes its title from the title of a 1979 song by the British Post-Punk band Wire – and music also acts as the framework for his painting process; “I don’t care about colours, it’s more like a sound that I think of”, Richter says, “there can be systemic elements, quiet elements, and variations on a theme.”

In light of your actions

I question your love

May I make an observation

Your bite is worse than my aggression

I should have known better

I should have known better

Through his constant questioning of what purpose painting can have in contemporary society, Richter aims at bringing contradictions to the surface. “It is hard to escape history and tradition, especially in something as conservative as painting,”, says Richter, “I work with all these contradictions; my work is not sentimental or nostalgic”. Although not directly anchored in the digital, his practice reflects upon the influence of digital media and virtual reality on our perceptions. Recent technological developments, especially in the entertainment industry, have contributed to make the fantastical more plausible. Within that frame, Richter investigates the way fantasy has become a commodity and his paintings explore the relationship between repression and consumption.

Daniel Richter was born in 1962 in Eutin (Germany). Today, he lives and works in Berlin. Richter studied 1992-1996 with Werner Büttner – one of the protagonists, along with Martin Kippenberger, of the revival of expressive trends in painting during the 1980s – at the Hamburg Academy of Fine Arts, and worked as assistant to Albert Oehlen. Initially, he did abstract paintings, with a cosmos of forms intensely colourful to the point of being psychedelic – somewhere between graffiti and intricate ornamentation.

Since 2002 he has painted large-scale scenes filled with figures, often inspired by reproductions from newspapers or history books. These show conflict and menace in excessive aggression and vitality. The symbolist painter James Ensor and the pioneer of expressionism, Edvard Munch, might be seen here as Richter’s artistic forebears. The representation of artificial light, flashlight, thermal image or X-ray picture evokes an atmosphere of artificiality and nervosity. The theme of total surveillance seems to be an important motif in Richter’s œuvre – the association with infra-red and thermal imaging cameras is unavoidable, revealing a paranoid view. Richter’s subjects suggest allusion to current politics, but on closer inspection, we see that this is not so.