GAO presents a solo exhibition by British artist Daniel Burley, which marks his first exhibition with the gallery. 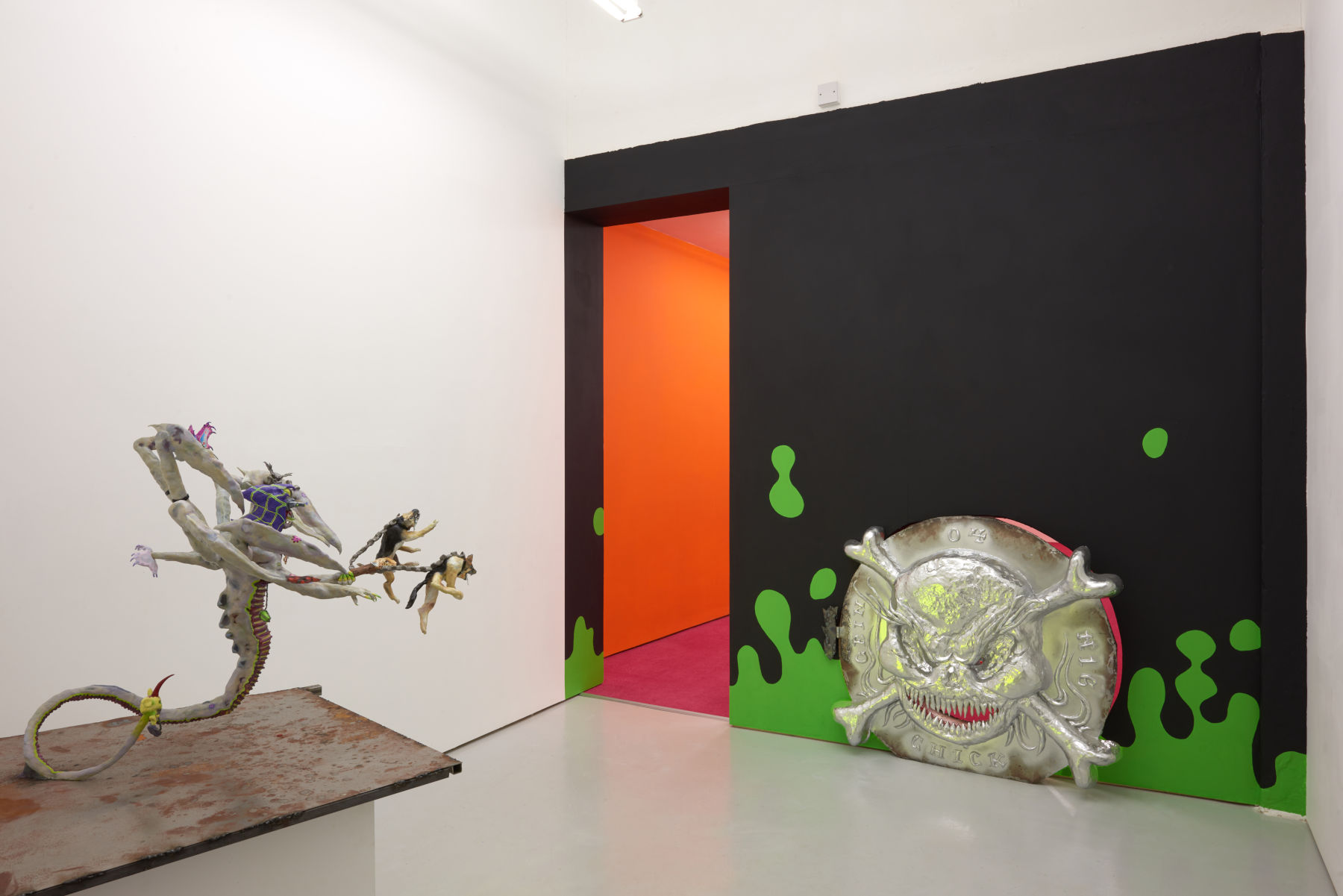 For this exhibition, Daniel Burley has created a group of new works including sculptures, videos, and installation pieces. Despite their difference in mediums, garish colours and textures are used, creating a visual effect that radiates with fierce energy. This gaudy aesthetic language is partly rooted in the fantastical and digitised creations of futuristic films and video games from Burley’s early stages of life. In particular his childhood obsessions over unfulfilled desires for fantastical and aspirational objects, for instance Poly Pocket or the most expensive items on Argos catalogues, are then transported to and recreated in the artificial world of Sims. His unique visual language challenges people’s conventional perception of aesthetics in contemporary art and this has always been an interest of Burley’s practice.

The experience of living in London during the 90s and early 2000s has not only fuelled Daniel Burley’s aesthetic language, but also provided him with a variety of cultural influences. As a youth growing up in the N16 postcode area in Hackney of North London, he was exposed to local Grime and Garage subcultures, as well as American bling era Hip-hop and Crunk. However, recent gentrification in North London has depleted most of these cultures that he grew up around and through his works Burley seeks to preserve his memory of the local cultures and multiculturalism he identifies with.

In addition to his personal life experiences and memories, family heritage is another integral part that constitutes the basis for Daniel Burley’s creations. The centrepiece of the exhibition is a skull-shaped arch which resembles the fireplace and also serves the function of a family tree, on which Burley has inserted numerous portraits and symbols of his family members and ancestors. Most notably the vampiric figure both painted on the arch and reappeared in the video, is a fantastical merge and reinvention of his great grandfather and uncle. For the artist, they symbolise beliefs on notions of inconsiderate personal freedom, desire and destruction that are passed through different generations of his families.

Daniel Burley believes his family history, which is both a direct and intimate source of inspiration, provides him with a structure for sincere and vivid expression. And by combining with his own autobiographical stories, his family history also serves as a starting point, from which something new and unique is reinvented.    Daniel Burley was born in 1992 in London, UK, where he now lives and works. He received a BA from Slade School of Fine Art, London in 2016 and Postgraduate Diploma from Royal Academy Schools, London in 2019. Selected recent exhibitions include Hookero Hokeero, D.E.L.F. Projects, Vienna, AT, 2018 (Solo); Premiums, Royal Academy, London, UK, 2018 (Group); Preserves, Artist Run, London, UK 2018 (Group).

For the production of Grimz: You Can’t Escape It:
Cinematographer: Anna Brass,
Starring: Sebastian Jefford.