Galleria Continua is delighted to once again host the work of Daniel Buren, one of the greatest European and international contemporary artists, with a solo show entitled Una cosa tira l’altra, lavori in situ e situati, 1965-2015. 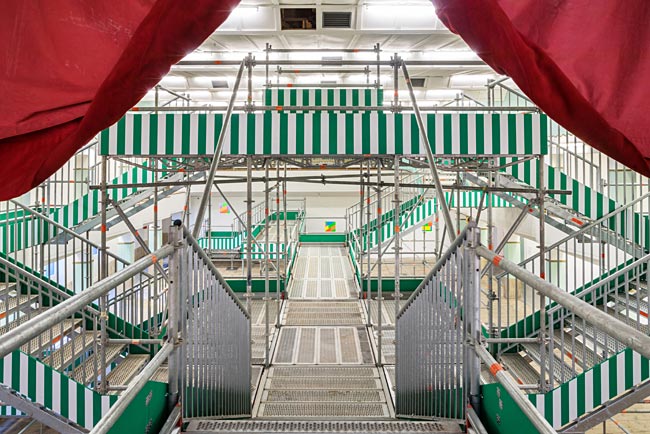 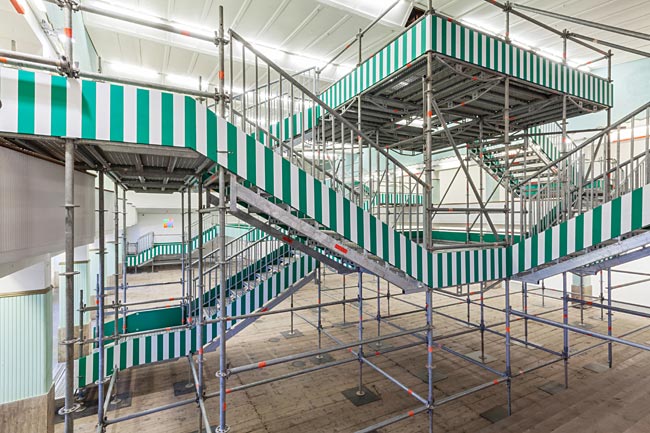 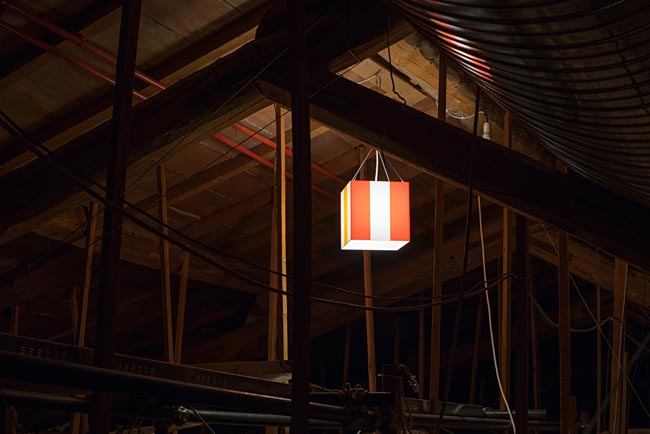 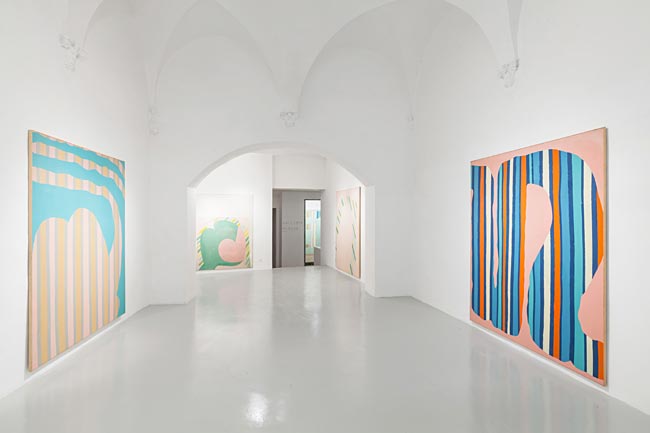 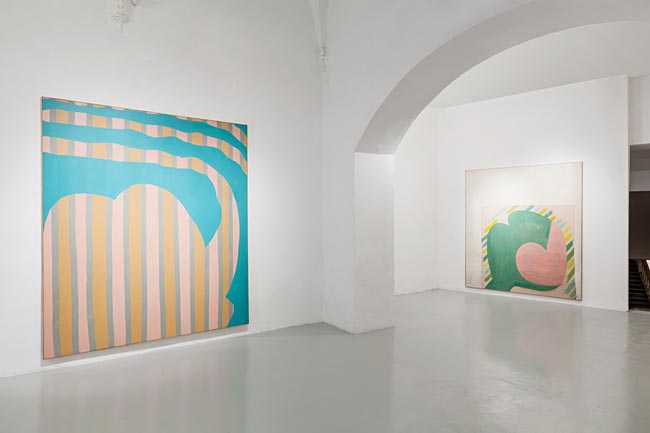 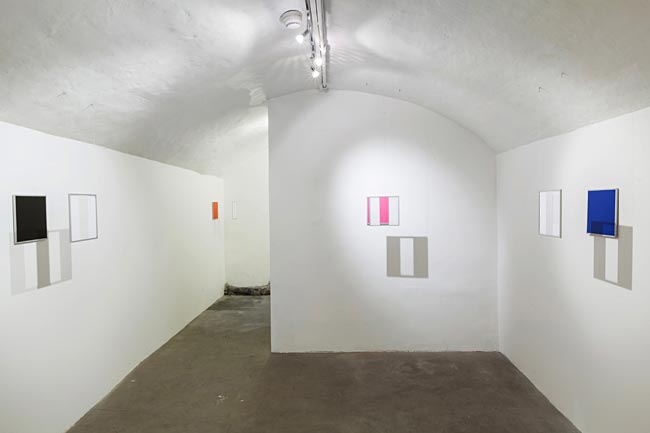 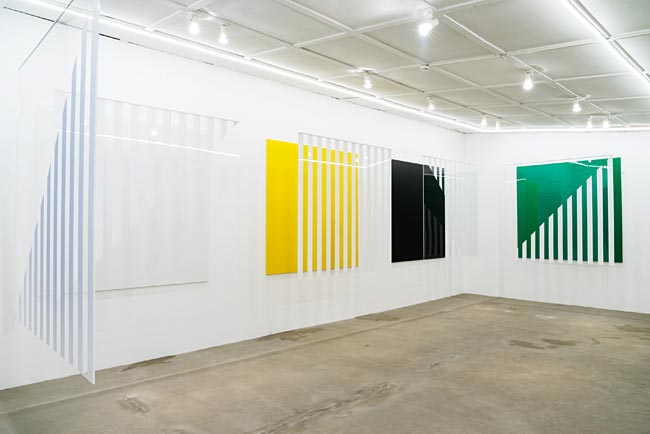 The show features a considerable number of old works, displayed in the gallery’s first-floor exhibition spaces, and a new, large-scale piece which the artist has conceived specially for the stalls area of the former cinema and theatre.

Buren started his career in the 1960s, immediately producing paintings that tended to abandon emotiveness and to display indifference for the narrative subject, radicalizing the work into a pure relationship between support and form.

In 1965 Buren began to use a stiff curtain fabric, the components of which became the basis of his visual syntax: 8.7cm-wide vertical white and coloured stripes. In 1967 he began to explore the potential of contrasting stripes as a sign, moving on from object-painting to what the artist himself defines as “a visual tool”, and had striped paper printed – an industrially manufactured motif responding to his wish for objectivity and with which he could accentuate the most varied of surfaces.

In the field of the plastic arts, Buren invented the notion of “in situ” to characterize a practice intrinsically linked to the topological and cultural specificities of the places where the works are presented.

Primary, flat, smooth colours without any hint of shading. Geometry and abstraction. Buren uses this simplification of devices in a large number of works in situ. His stripes, which come in different colours and materials, abandon the terrain of pure statement and move towards a redefinition of public or private space. An attentive interpreter of the spatial-temporal dimension with which the work engages, the artist breaks down and recreates an infinite collection of new reflected and abstract worlds.

Buren’s work offers a critical reading of the art object, addressing themes regarding the visibility of the work and the definition of its status. At the centre of his practice is a desire to overturn given models by multiplying the points of view but also by upsetting perspectives through forms of visual interference.

The framework that Buren has produced with metal pipes in the stalls area of the former cinema-theatre yields unexpected readings of the space. The contrasting stripes delineate an aerial walkway that offers new observational perspectives: a highly unusual view of Planes with Broken Bands of Color (San Gimignano), the wall drawing designed by Sol Lewitt for the stalls in 2004 and realized in 2009, and a series of visual vantage points that create new perspectives on the other works in the show. The walkway conceived by Buren for the stalls thus reaches different points of what were originally the theatre’s gallery and boxes, creating not only a new way of moving around in the space but also unexpected points of view within it. Buren’s artistic intent is to make the context of the work – the space and the light – visible to the spectator, but also to stir the consciousness of the viewer and to create awareness in as broad a sense as possible.

Buren’s work redefines the place where the art work is situated, demonstrating its complexity and also an ideological approach to art and every form of experience. With this gesture, Buren shifts the boundaries of visual art, paving the way for a new interaction between art and life.

Daniel Buren has exhibited in some of the world’s leading contemporary art centres. Born in Boulone-Billancourt (Paris) on 25.03.38, he likes to reduce his biography to a minimum by affirming that he “lives and works in situ”. In 1986, he was commissioned by the President of the Republic of France, Francois Mitterand, to produce what became his most controversial permanent work, Le Deux Plateaux, in the courtyard of the Palais Royal. In the same year he represented France at the Venice Biennale, winning the Golden Lion. He has had major solo shows at museums such as the Beaubourg Centre Pompidou in Paris, in 2002, and the Guggenheim in New York in 2005, and his work can be found in leading public and private collections around the world. In 2007 he was awarded the prestigious Praemium Imperiale. In 2012 he showed at the Gran Palais in Paris on occasion of the fifth edition of Monumenta.