Galleria Continua hosts the Italian preview of Daniel Buren’s film “FUORI TEMPO, A PERDITA D’OCCHIO”. A work that lasts 6 hours and 24 minutes: a sort of retrospective in the form of a film in which the French artist goes back over the stages of his work, from the very beginning up until 2018. 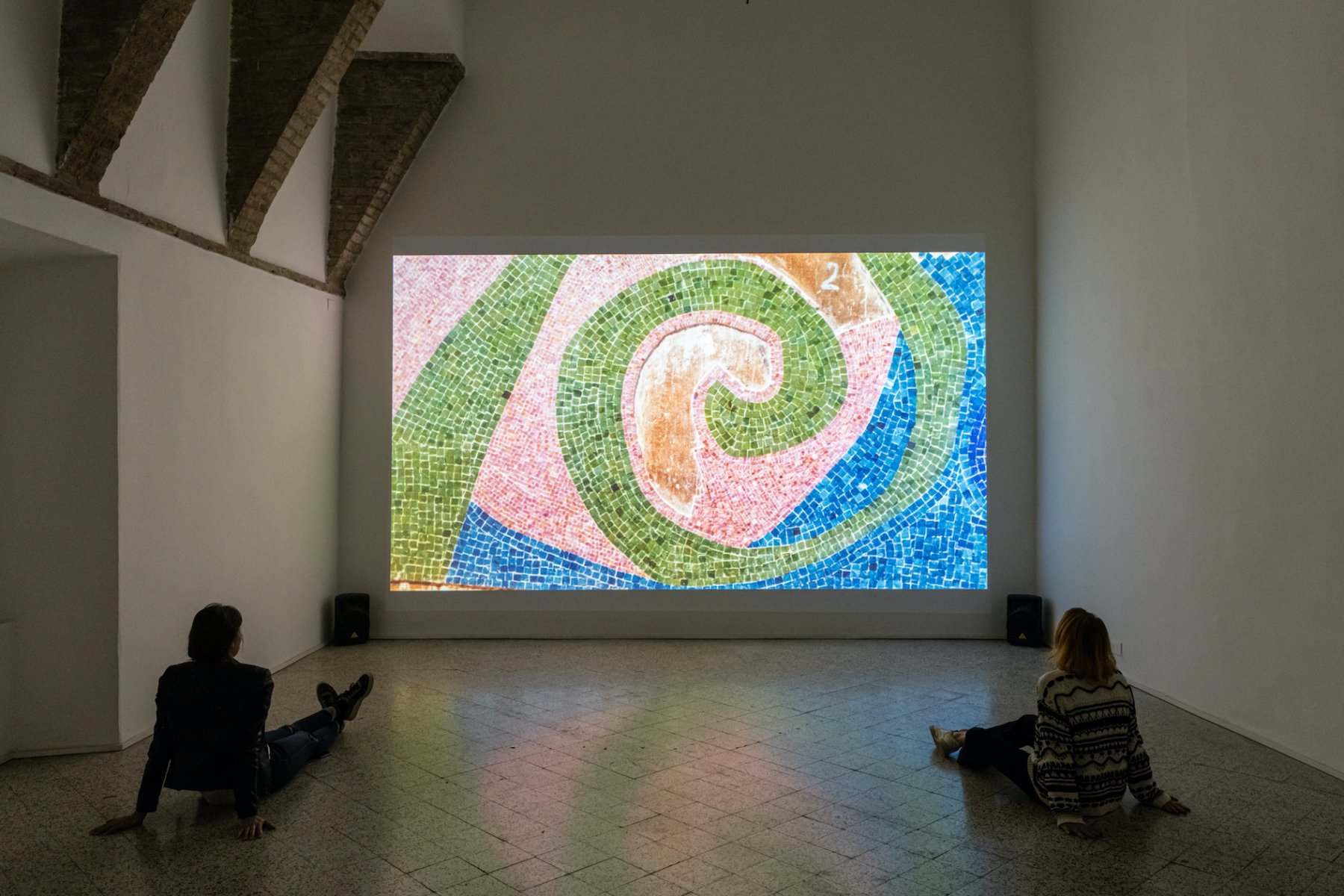 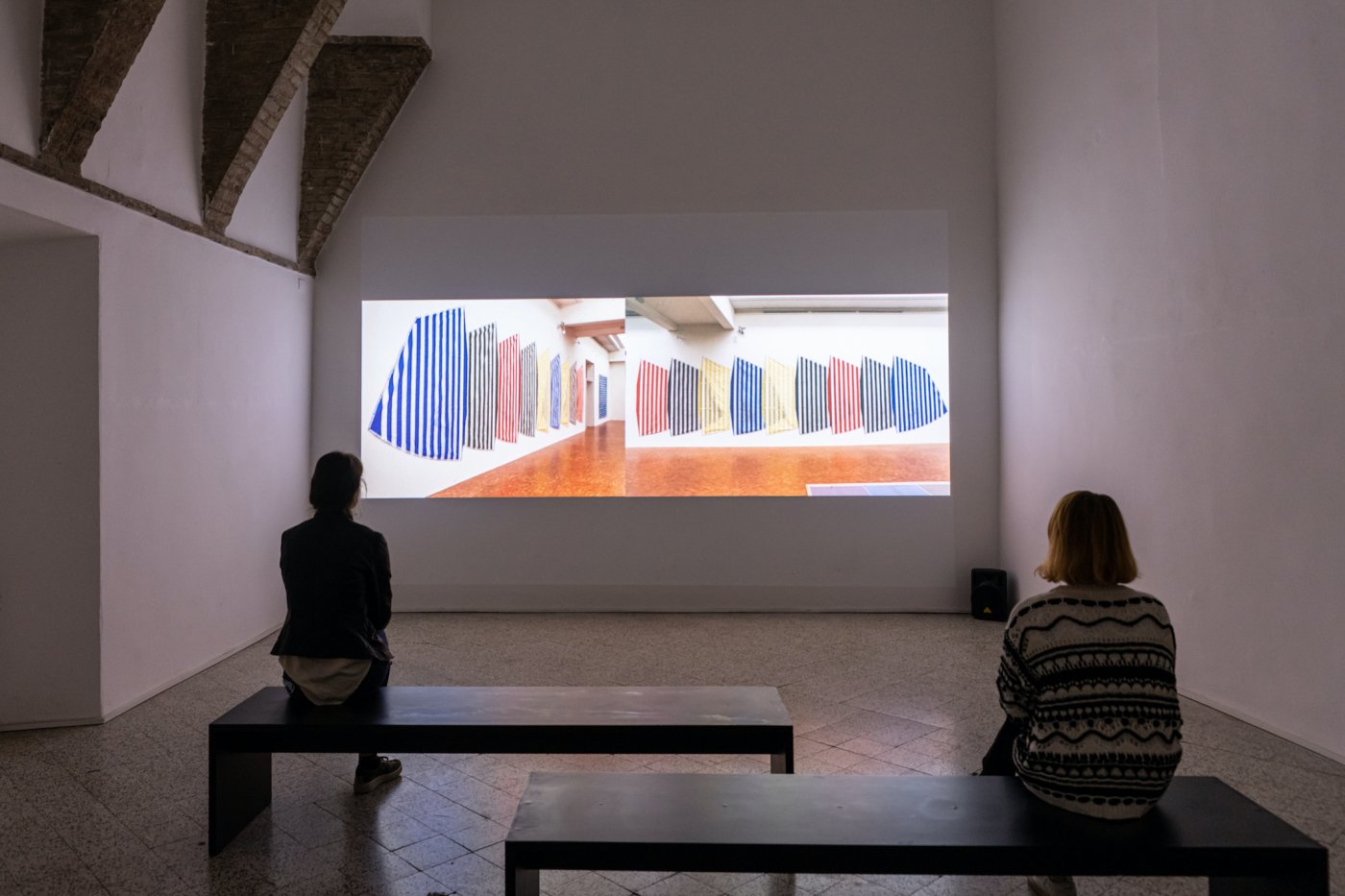 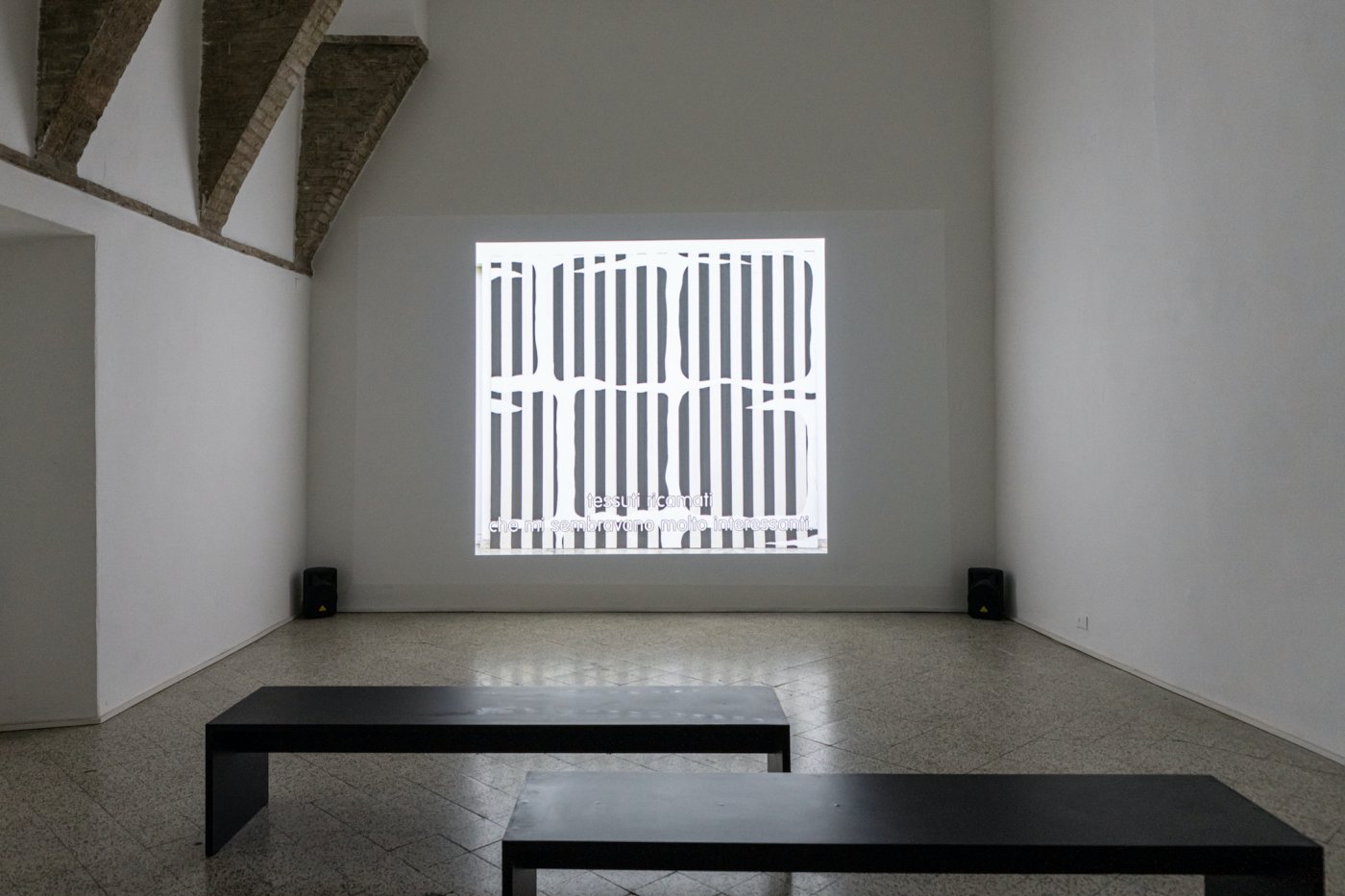 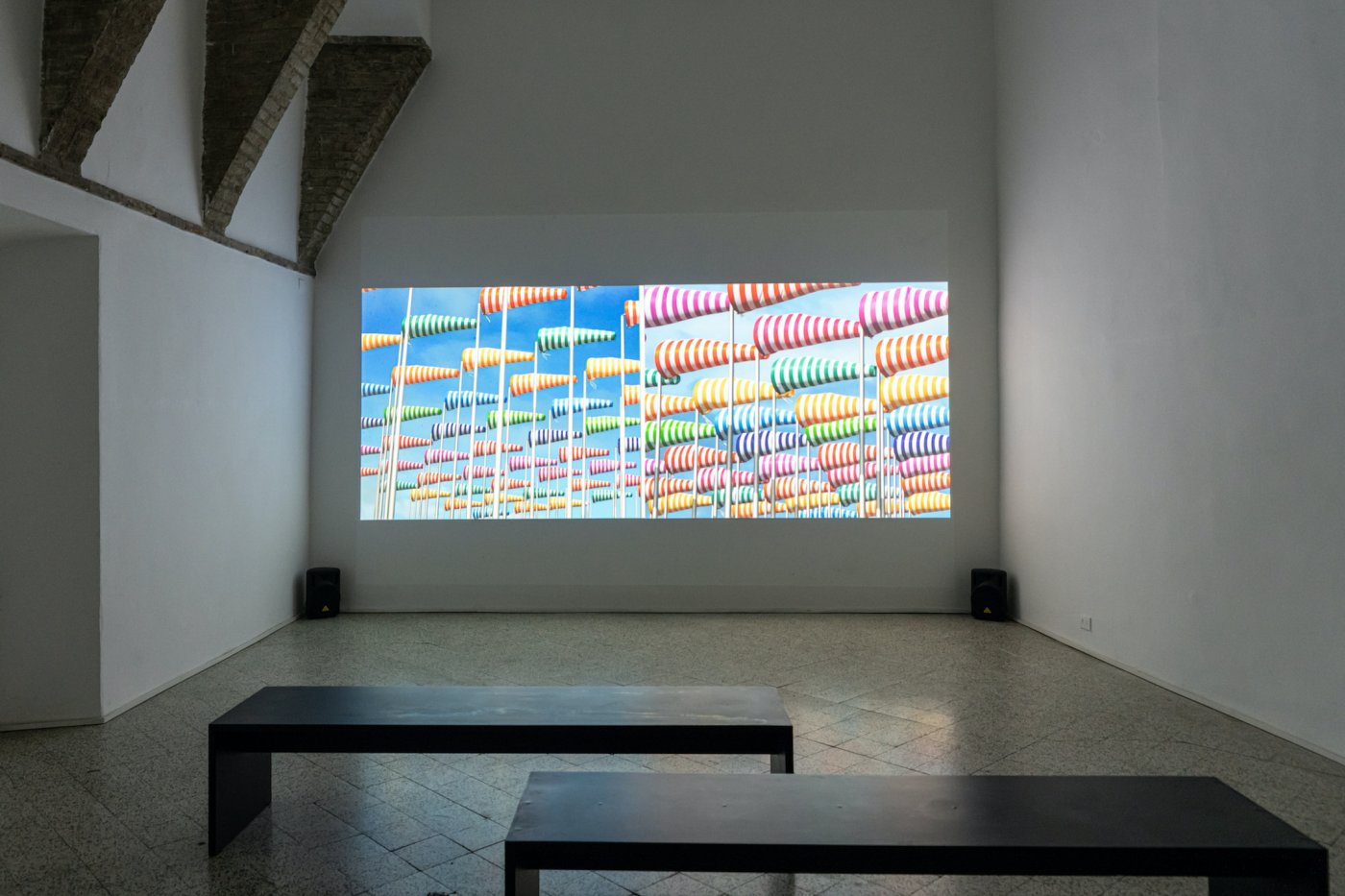 The idea came about more than 35 years ago when Daniel Buren, in occasion of the many conferences that he held around the world, noticed a deep discrepancy that existed between his works and how much the general public knew about them. The very nature of the work fed into this discrepancy: the fact that 90% of the works are created in situ; that they are almost always new and original; and that the artist, from the 1960s onwards, has maintained a yearly average of 52 exhibitions realized in all four corners of the world. It was therefore understandable that no one could know all of the steps involved in Buren’s incredible artistic career lasting for more than a half-century.

The intention, repeatedly embraced but then always abandoned, to visually document the work in order to bridge the gap between his works and the public, strongly and concretely returned when in 2016 the Palais des Beaux-Arts in Brussels decided to dedicate an extensive retrospective exhibition to the artist. The times were ripe and digital technology offered the medium and capacity to confront the production of a film like the one that Buren had imagined in the 1980s. This is how “Une Fresque” saw the light, a film lasting three hours and thirty minutes where Buren develops a series of concepts in parallel with the exhibition of the same name which was its corpus.

With the exhibition finished, Daniel Buren put his hand to “FUORI TEMPO, A PERDITA D’OCCHIO”. The film is structured in a simple and clear way: it’s subdivided in big chapters that follow each other in alphabetic order by title; in each chapter, in chronological order, themes begin to develop. They can be very concrete themes, (like “door”, “window”, “floor”), as well as abstract (“day light”, “passage”, “projection”, “movement”), they can also include artistic activity (“show”, “film”) in addition to listing concepts relative to the artist’s work (“visual tool”, “photo memory”). The work finishes with a series of interviews with artists, choreographers, musicians, designers, architects, curators, art critics, gallerists and collectors that offer their point of view on many different aspects of Buren’s work.

“FUORI TEMPO, A PERDITA D’OCCHIO” is an open structure, that is, conceived with the intention of being able to intervene at any time in the work by correcting or updating the film with new works. This is an important requirement, since this colossal overview of the Maestro’s work covers just 7% of his artistic production in recent years. The music also meets this criterion; written by Alexandre Meyer, it consists of almost eighty pieces composed in such a way that each section can be modeled according to the time it needs. Moreover, in the case of subsequent modifications, new and unreleased songs can be added without any problem.