With the exhibition Daniel Buren & Anish Kapoor, Galleria Continua pays tribute to two of the most significant figures of the international art scene – artists whose work has had an enduring impact on art from the 20th to the 21st century. 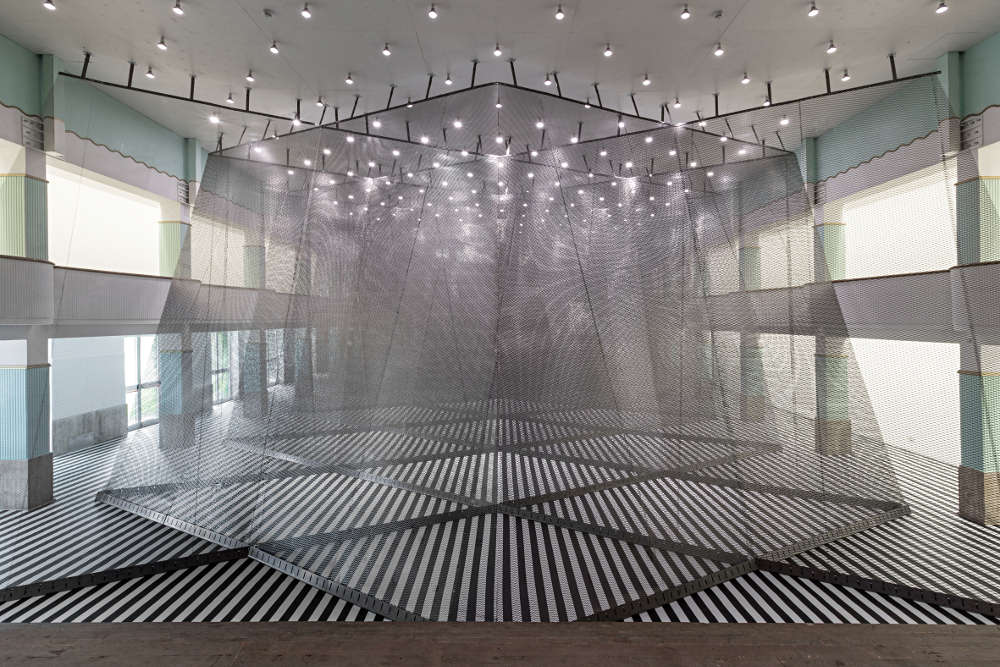 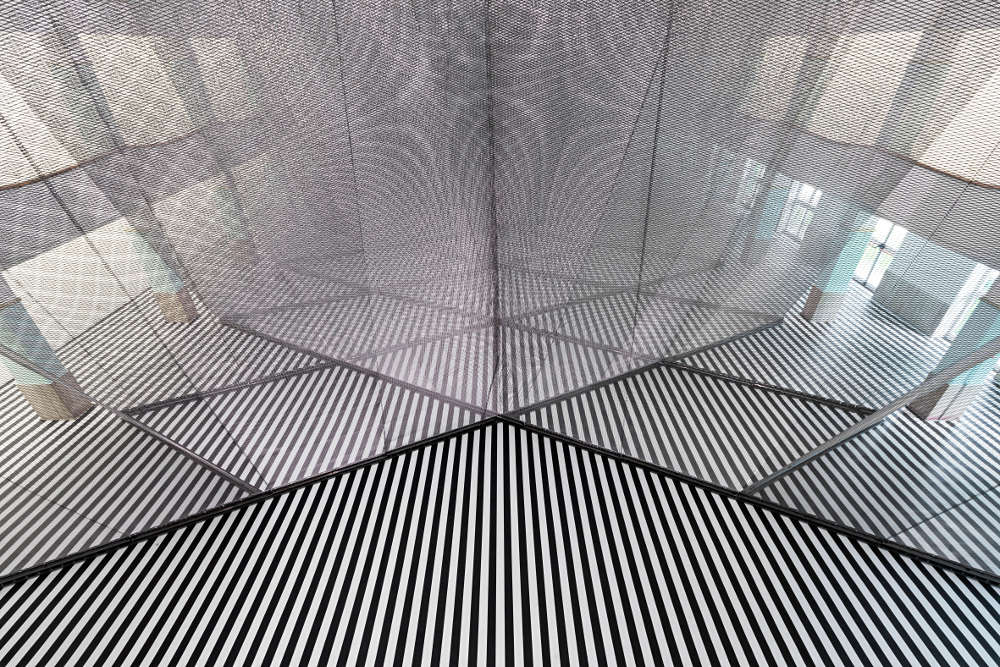 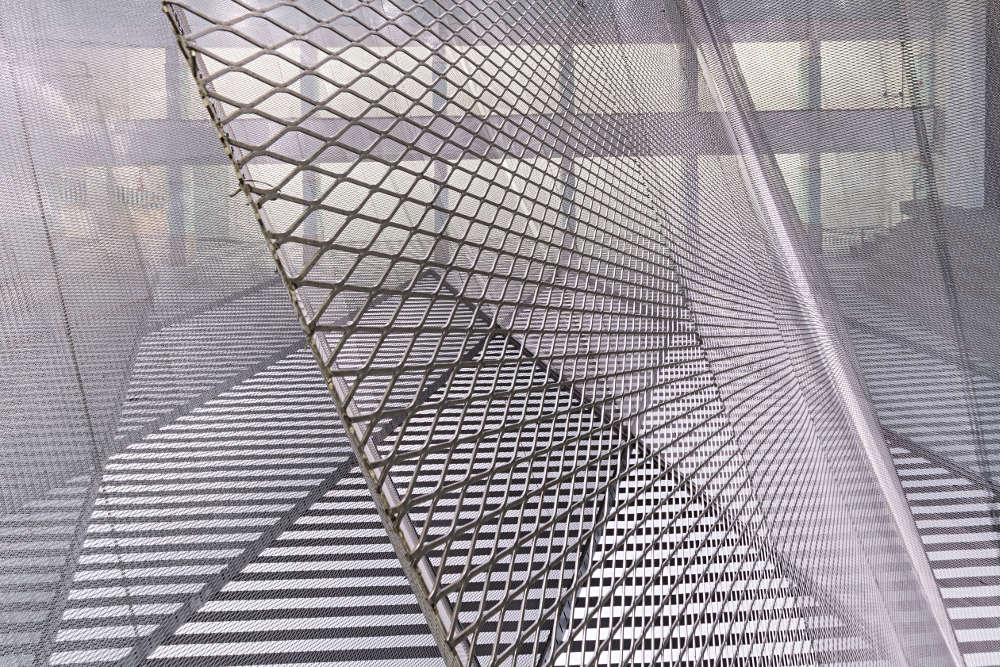 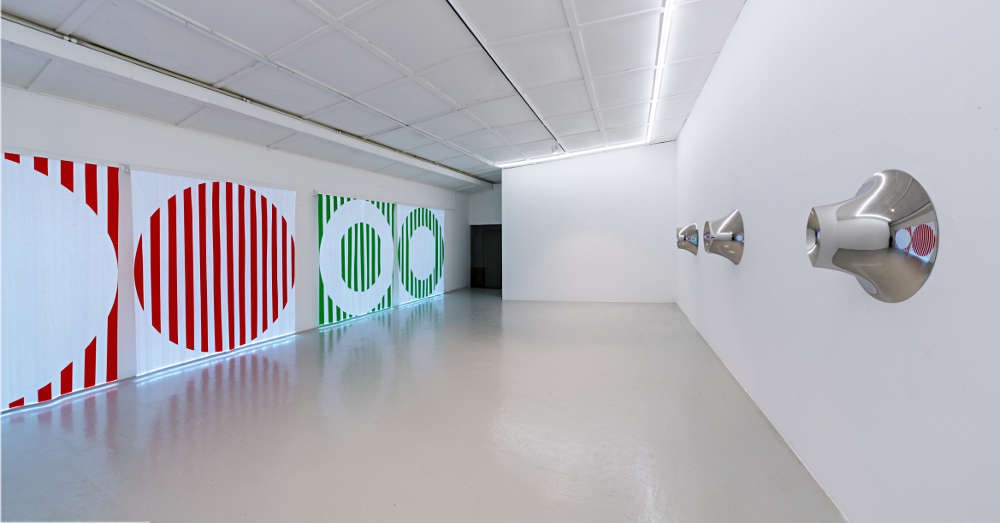 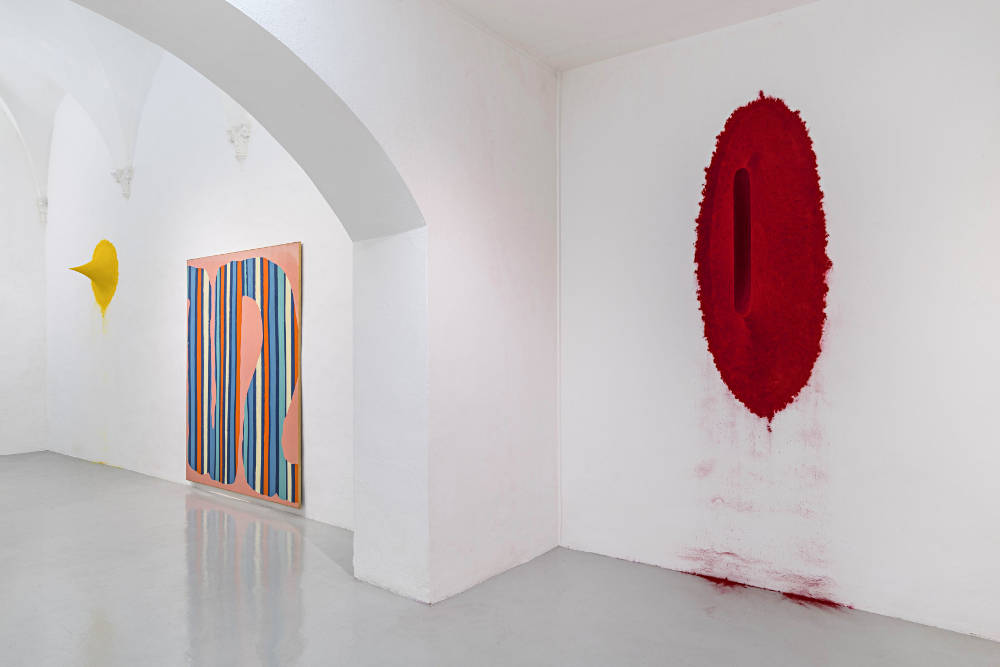 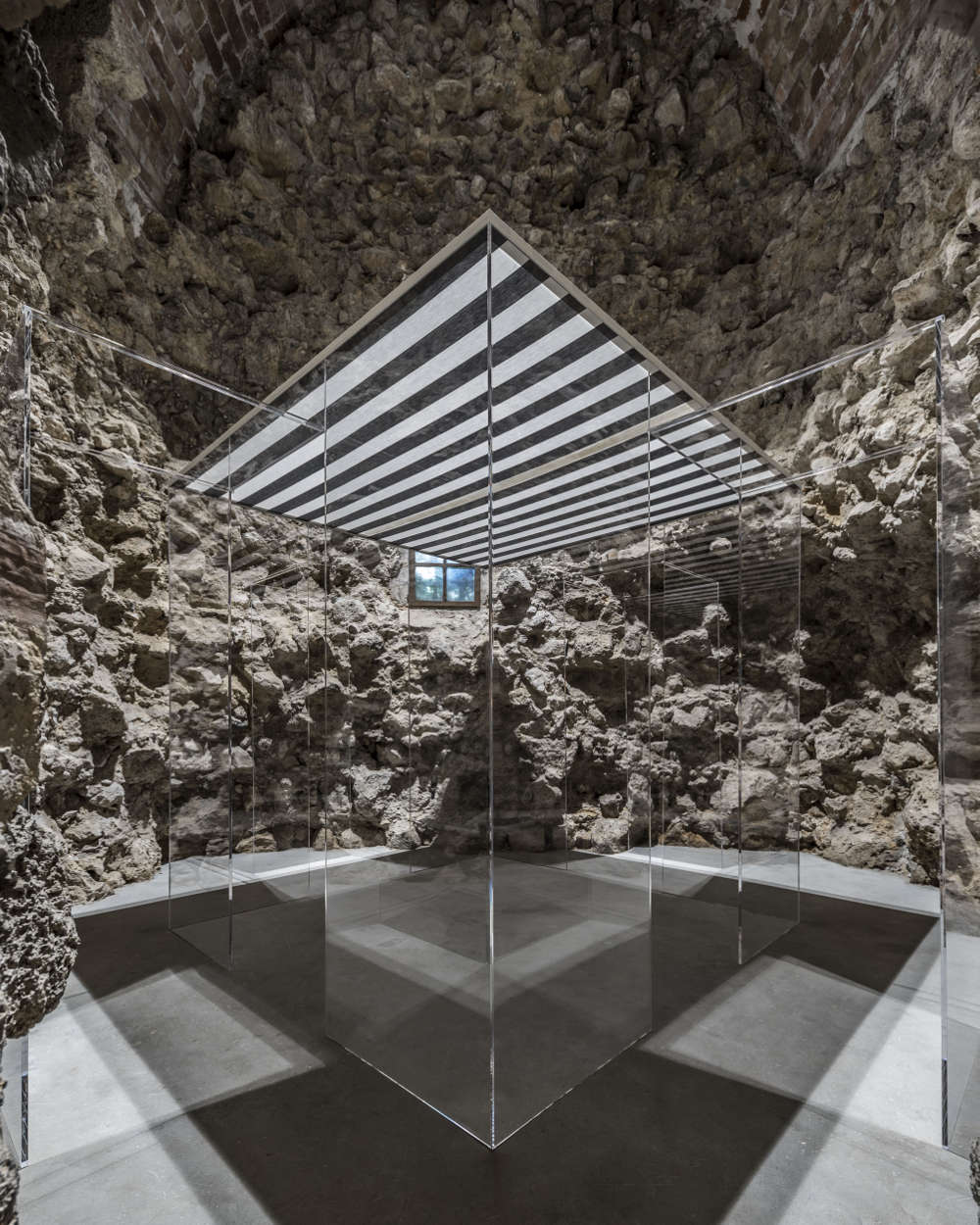 The exhibition sees the first collaboration between Daniel Buren and Anish Kapoor in the creation of a joint composition. The gallery itinerary is structured as a dialogue between the works of the two artists, and culminates in the work site specific, located in the stalls of this former cinema and theatre, and especially created by the two artists for this show.

The exhibition opens with a series of paintings by Daniel Buren, from 1964 and 1965, where rounded forms are combined with lines of different size and colour. From the early ‘60s, Buren developed a radical style which played on the economy of the medium used and on the relationships between setting (the support) and form (the painting). In the second half of 1965, he chose to replace the painted stripes with an outil visuel (visual tool), using 8.7cm-wide vertical strips of an industrial textile, alternating between white and colour. Buren then went on to reduce yet further this visual register, repeating it systematically and denying any formal variation – except for the use of infinitely variable colour, which alternates with the never-changing white. Then this invariable visual tool is integrated with infinite variables and materials, situations, etc. In so doing he invites us to reflect on works, on the way in which it is presented, and more generally, on the physical and social environment in which the artist intervenes.

Dating back to the beginnings of Anish Kapoor’s artistic activity are a series of unstable sculptural objects. Seemingly formed from coloured pigments, they are the first fruits of an exploration into the very materiality of the object and the skin that separates it from the world, that has remained an integral concern in the artist’s work. Indefinite forms, halfway between the natural and the abstract world, bodies in transition which seem to leap spontaneously out of the material itself – the intensity of pure colour is in the service of the illusion of the object, suggesting a breaking free of borders, and placing these forms in the realm of the liminal sublime.

In 1975, Daniel Buren created the first Cabane Eclatée, which would constitute a real turning point, emphasising the interdependence between the work and its setting by playing consciously with construction and deconstruction: the work becomes its own site, as well as the locus of movement and ambulation. The Cabane exhibited by Buren in San Gimignano entertains a dialogue with the existing architecture and with the acrylic work exhibited Kapoor. The open nature of the two works gives free rein to a play on materials and transparencies.

As we proceed down to the lower floor of the gallery, the works of the two artists are in close dialogue: Buren’s green and white coloured stripes surround ideally Kapoor’s white alabaster sculpture.

The itinerary continues with the contrast between the polychrome and proteiform light of Buren’s fibre optic fabrics and Anish Kapoor’s mirrored steel objects. The study of the void is one of the central elements of Kapoor’s poetics: rendered tangible via a cavity which fills up or by a material which empties out, it is a metaphor for creation. The void as a ‘possibility-space’ in which object and observer, through their encounter, may expand the limits of the available space is the unifying theme at the back of the stage, where Kapoor’s steel mirrored forms and the effects of Buren’s mirrors and colours combine to disorient the spectator, situating him / her in an undefined space.

The work which occupies the stalls concludes the ideal dialogue entertained by Buren and Kapoor in this exhibition. An installation of large dimensions, jointly planned, which completely reconfigures the space and creates unexpected visual interferences, it challenges us to explore the inaccessible.

Anish Kapoor was born in Bombay in 1954. In the 70s he moved to London, the city where he lives and works today. His work has been shown in the most important museums and institutions throughout the world. Recent solo exhibitions include Parque de la Memoria, Buenos Aires (2017); MACRO Museo d’Arte Contemporanea, Rome (2016); MUAC Museo Universitario Arte Contemporáneo, Mexico City (2016); Château de Versailles, France (2015); The Jewish Museum and Tolerance Center, Moscow (2015); Sakıp Sabancı Museum, Istanbul (2013); Martin-Gropius-Bau, Berlin (2013); Museum of Contemporary Art, Sydney (2012). He has taken part in numerous group exhibitions in contexts such as the Serpentine Gallery, London; Documenta IX, Kassel; Moderna Museet, Stockholm; the Centre Georges Pompidou and the Louvre in Paris. Numerous public and private collections feature works by the artist, among these MoMA in New York and the Stedelijk Museum in Amsterdam. Among the most renowned public commissions carried out by Kapoor in recent years are Descension (Brooklyn Bridge Park, New York); Ark Nova ( the world’s first inflatable mobile concert hall, touring Japan); Orbit (a permanent tower commissioned as part of London 2012 Olympic Games for the Queen Elizabeth Park, London); Leviathan (Grand Palais, Paris); Temenos (first of the Tees Valley Giants project), Middlesbrough, U.K; Marsyas (Tate Modern Turbine Hall, London); Cloud Gate (Millennium Park, Chicago); Underground with Arte Continua, medieval tower of Sant’Agostino, San Gimignano) and Earth Cinema (Arte Pollino un altro sud, with Arte Continua, Basilicata). Anish Kapoor received the Premio Duemila at the Biennale di Venezia in 1990 and the Turner Prize in 1991. Since 2001, he has been an honorary member of the Royal Institute of British Architecture, and in 2013 he received a knighthood for services to the arts.