Perrotin New York presents 3018, an exhibition of new work by Daniel Arsham. This is his fifteenth exhibition with Perrotin since joining the gallery in 2005. 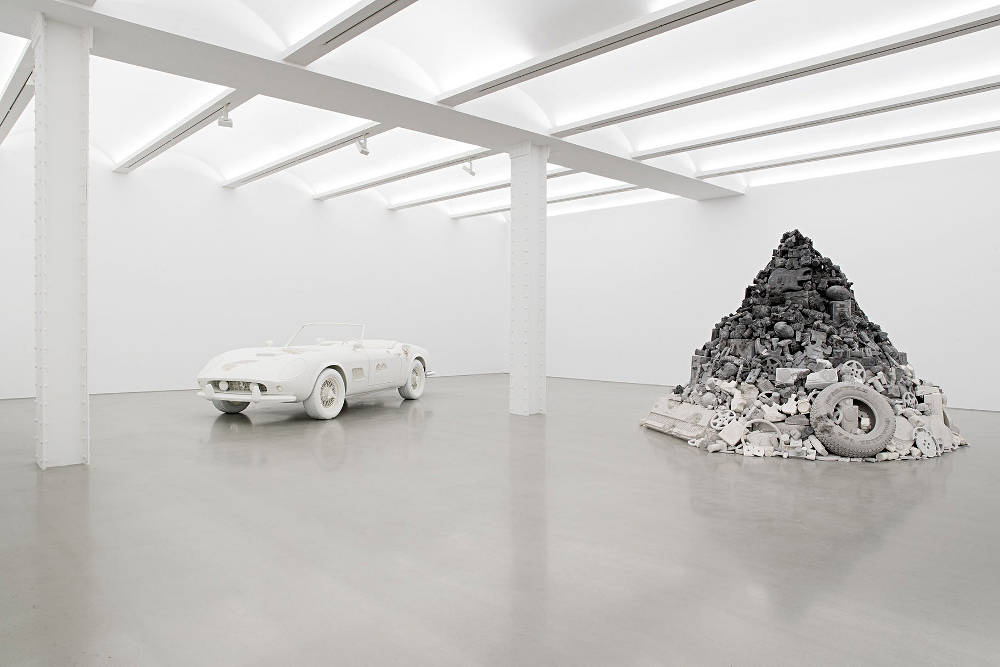 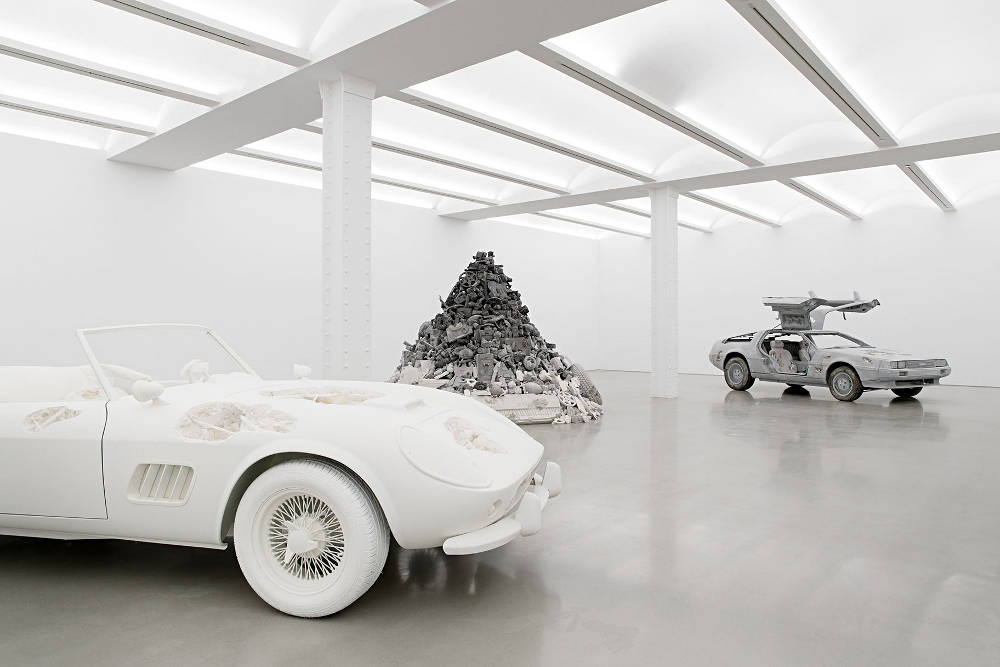 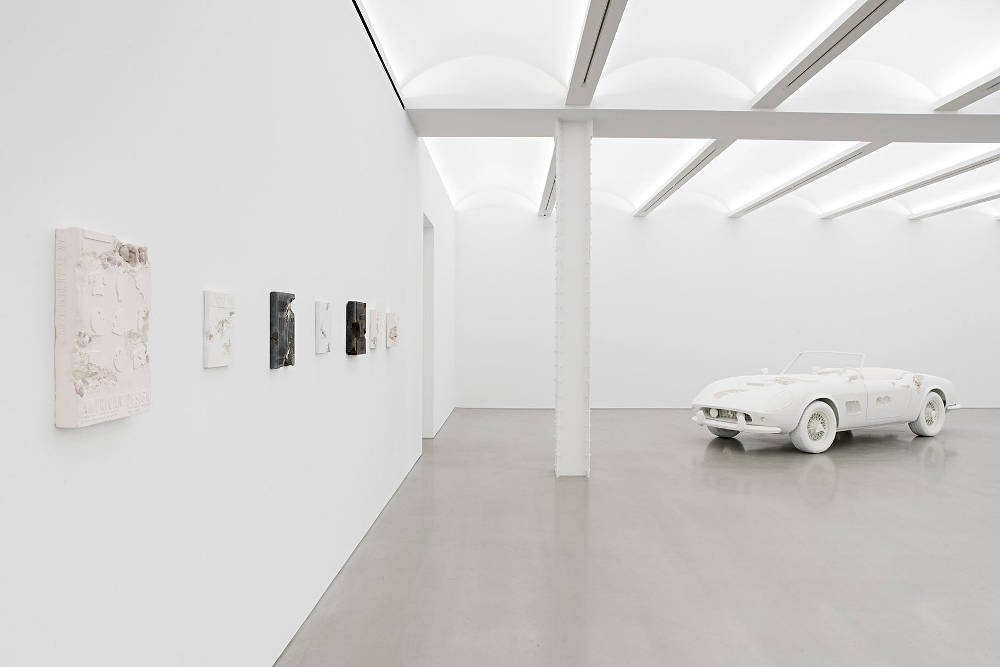 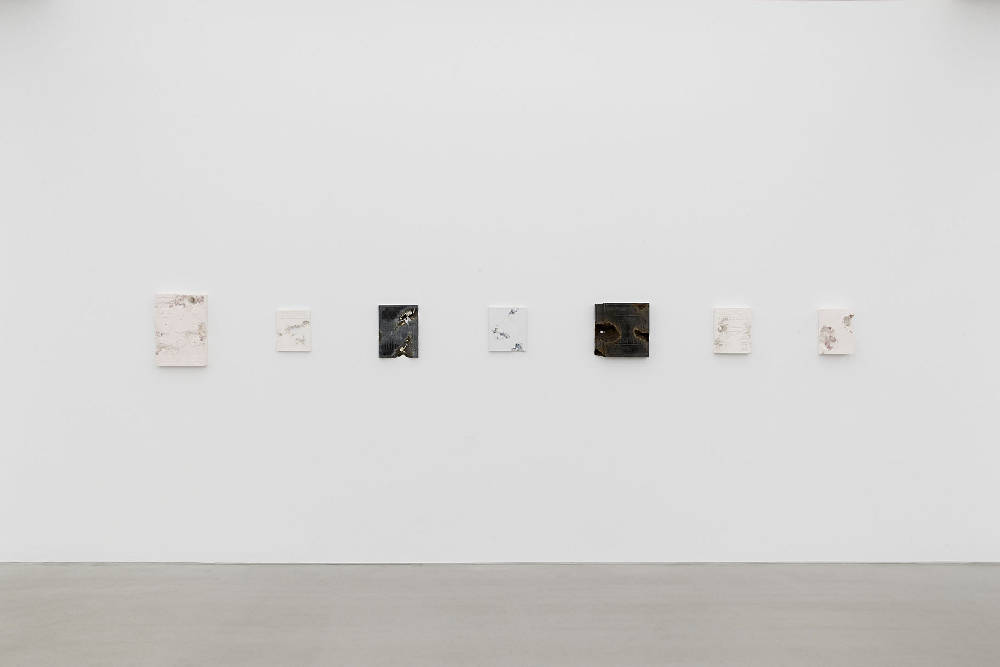 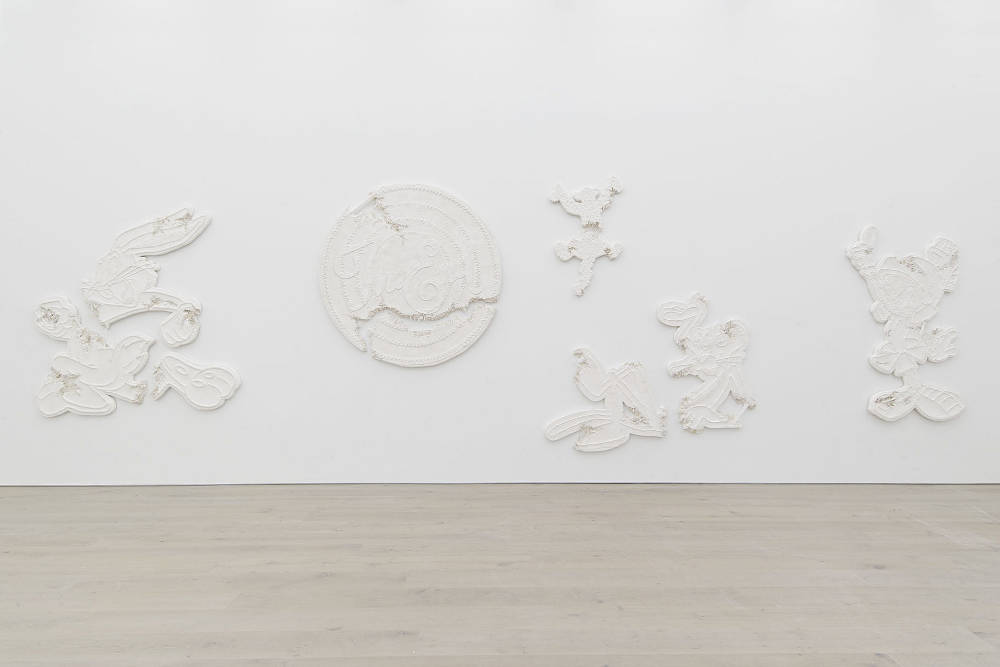 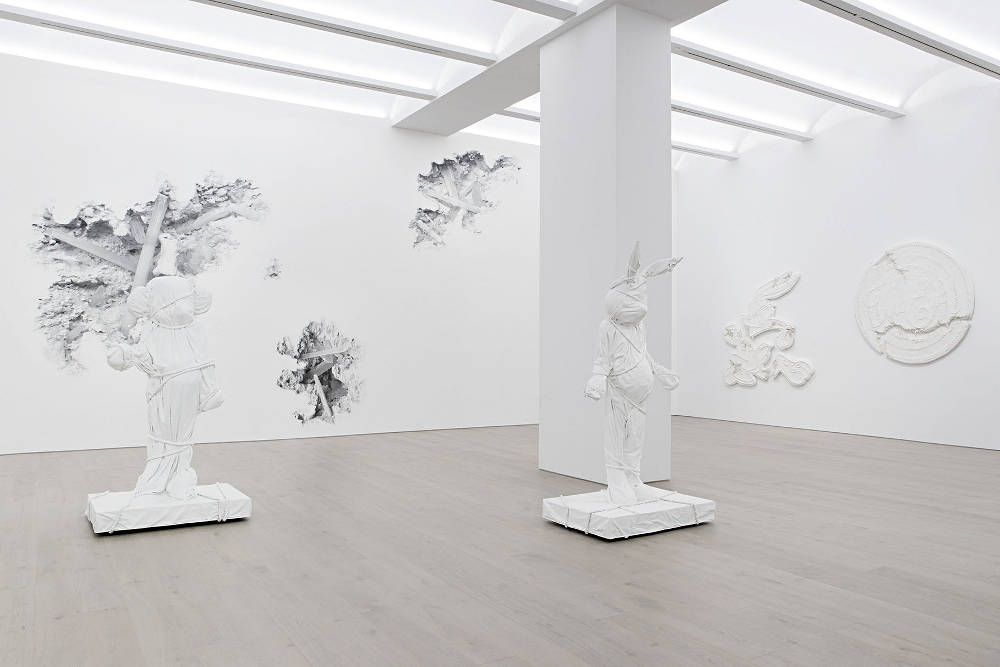 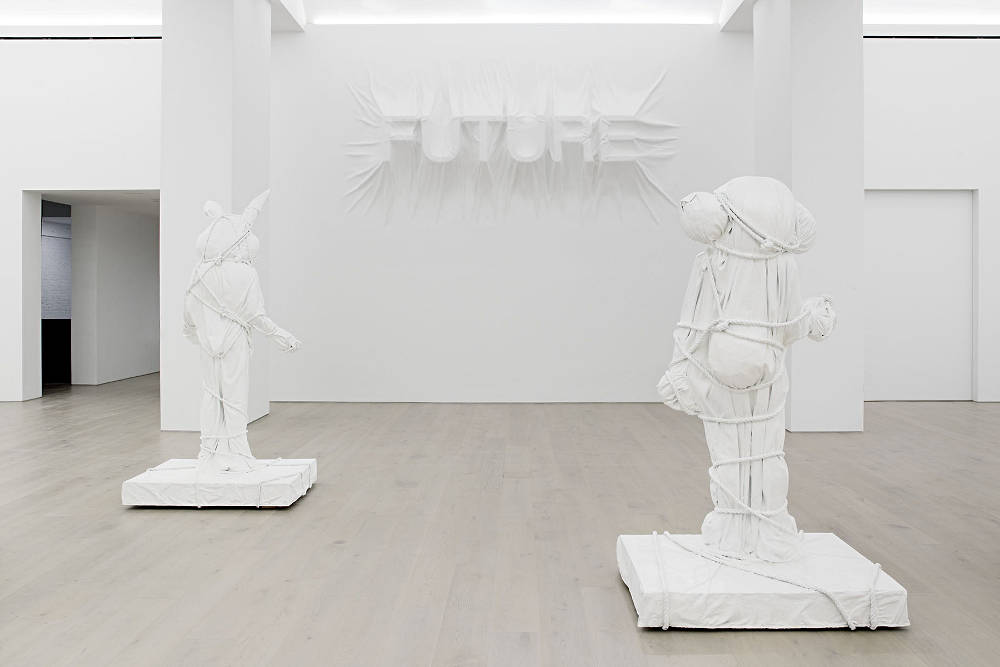 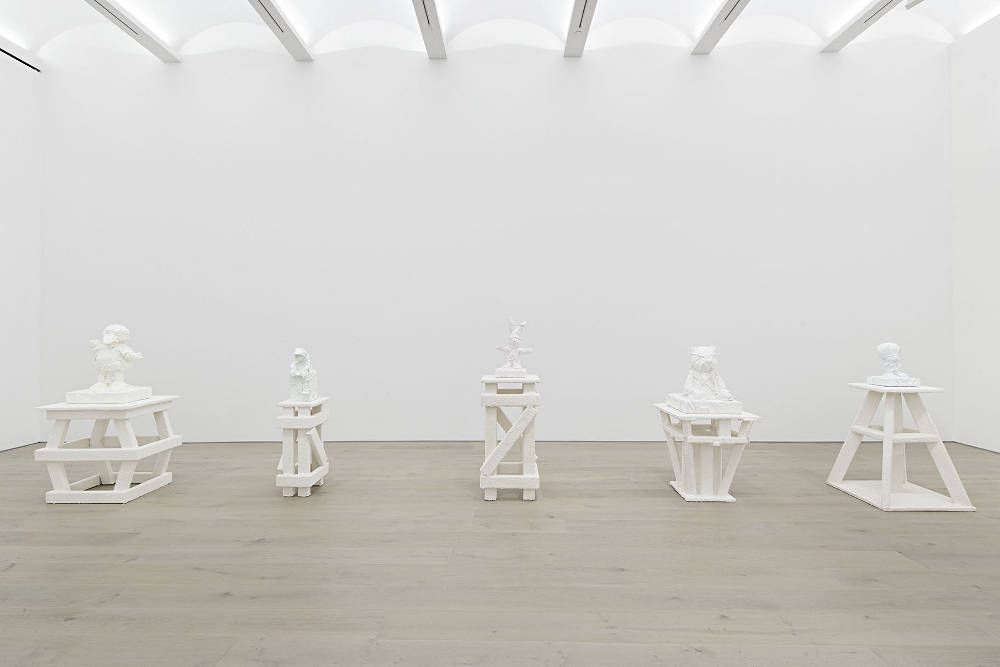 Though the exhibition contains pieces never before seen in New York, visitors will recognize strains of previous works by Arsham, as signature forms and strategies recur, unifying Arsham’s involvement in different disciplines—sculpture, architecture, film, performance—into a total ouvre. 3018 continues Arsham’s dystopian vision of the future, one in which culture as we know it today is eroded, and the objects of modern life have fallen into aestheticized obsolescence.

The ground floor of the gallery is transformed into a provisional garage, as two storied cars occupy the space: a 1981 Delorean, reminiscent of Back to the Future’s (1985) essential prop, and a 1961 Ferrari 250GT California that visitors will recall from Ferris Bueller’s Day Off (1986). The cars are instantly recognizable for their pop cultural import, though Arsham has rendered them in crystal, as if an ashy veil had fallen over this museum for film memorabilia. The cars are in a state of decay and portions of the shell have eroded away revealing a mineral core underneath. Volcanic ash, pyrite crystal, selenite, and quartz have sprouted where the mechanical components used to be.

An interest in materials—synthetic and natural, manmade and geological—pervades all the work on view, and with 3018, Arsham remains committed to his signature gesture: transposition. He casts common objects in geological materials that render them as obsolete as they are recognizable, thus highlighting their iconic status. A cast of characters recognizable from childhood cartoons appear as oversized, cast iron-on patches, mementos from the artist’s youth, now calcified. Formerly pliable, they’ve transubstantiated into hardened forms. Some have cracked to reveal the mineral growths that seem to have overtaken many of Arsham’s artifacts.

The now rigid status of these objects is only evident to the touch, not the eye; They are cast meticulously, the fibers of the embroidery captured in the material. This haptic quality only accentuates the confusion of materials that seems to animate much of Arsham’s work, his imperative to “make one material look like another.” That which we know to be soft is hard, that which was once stable is now mutable.

Wrapped sculptures, newer to Arsham’s vocabulary of forms, exemplify this material alchemy. The folds in the fabric have hardened in place, resembling the wet drapery technique on an ancient greek statuary, an effort to capture in stone the diaphanousness of fabric. Arsham’s model is Man Ray’s The Enigma of Isidore Ducasse (1920), swapping out the famous sewing machine for recognizable cartoon characters. Pop cultural icons that feature prominently in the American imaginary are palpable but not seeable in this disquieting double play of identification and concealment.

Arsham’s frozen drapery has precedent in his architectural interventions, installations in which figures appear to emerge from the wall leaving hardened draped fabric in their wake. Here, the word ‘FUTURE,’ redolent with connotations of both promise and menace, presses through the surface of the wall and threatens to compromise its structural integrity. FUTURE (2018) acts alternately as a harbinger of the cataclysm has befallen these fond objects of the recent past, or as a signpost for some saving grace ahead.