Cardi Gallery Milan presents a solo exhibition of works by Dan Flavin, one of the most important post-war American artists. The exhibition is organized in collaboration with the Estate of Dan Flavin; it is accompanied by a fully-illustrated catalogue with an essay by Germano Celant. 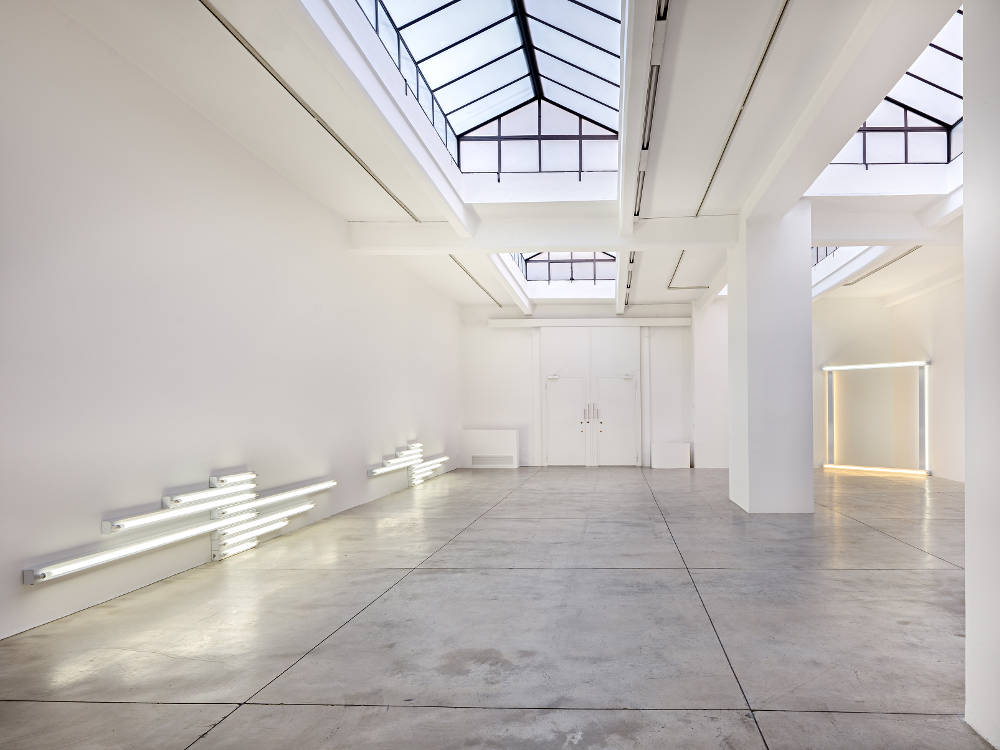 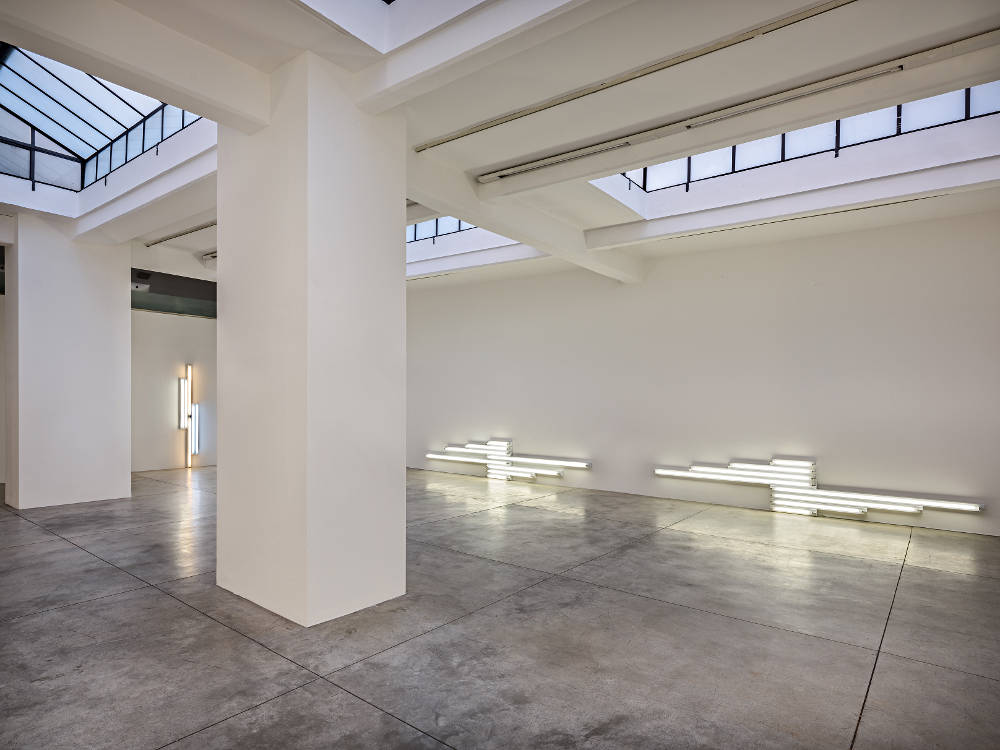 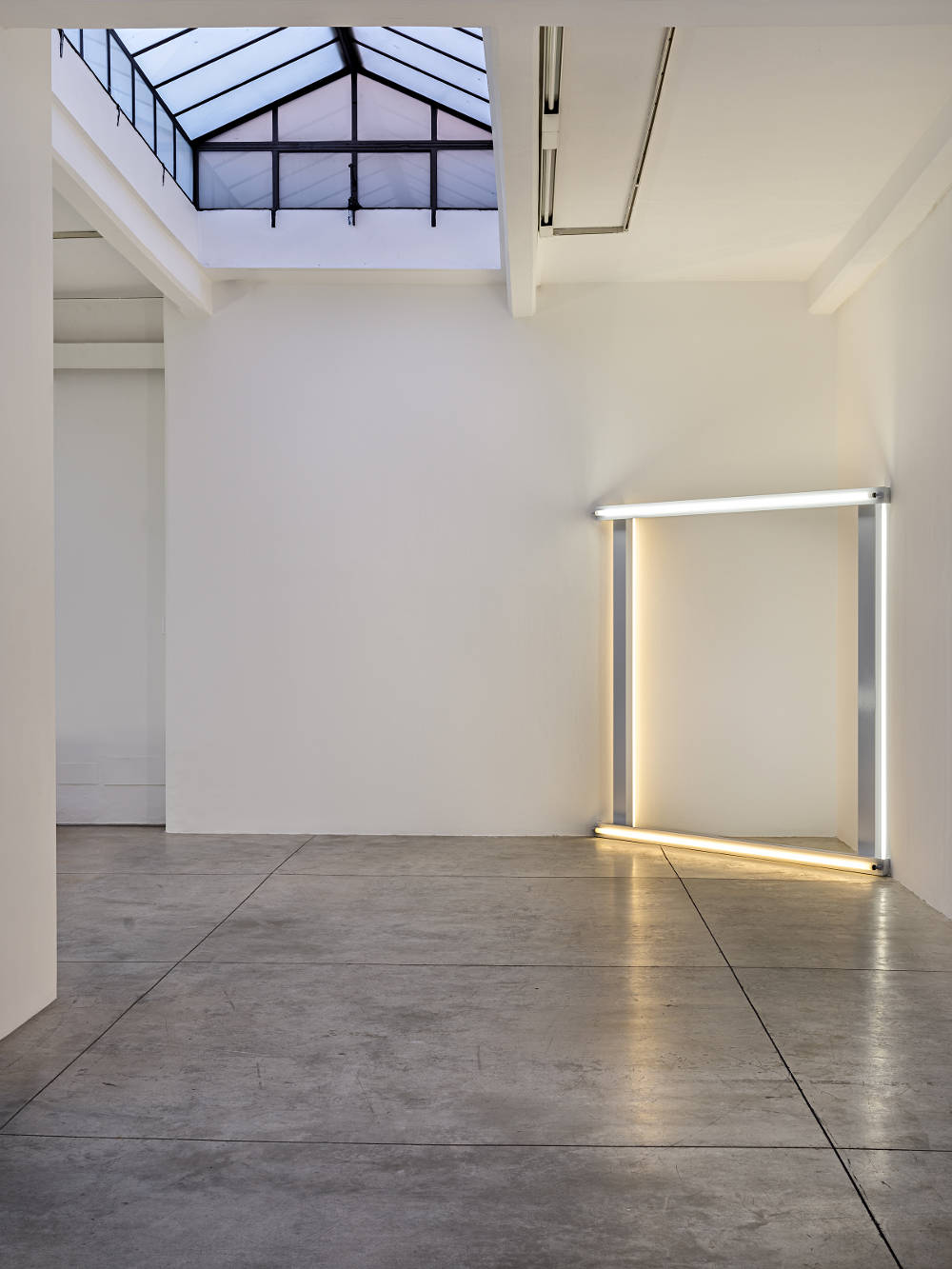 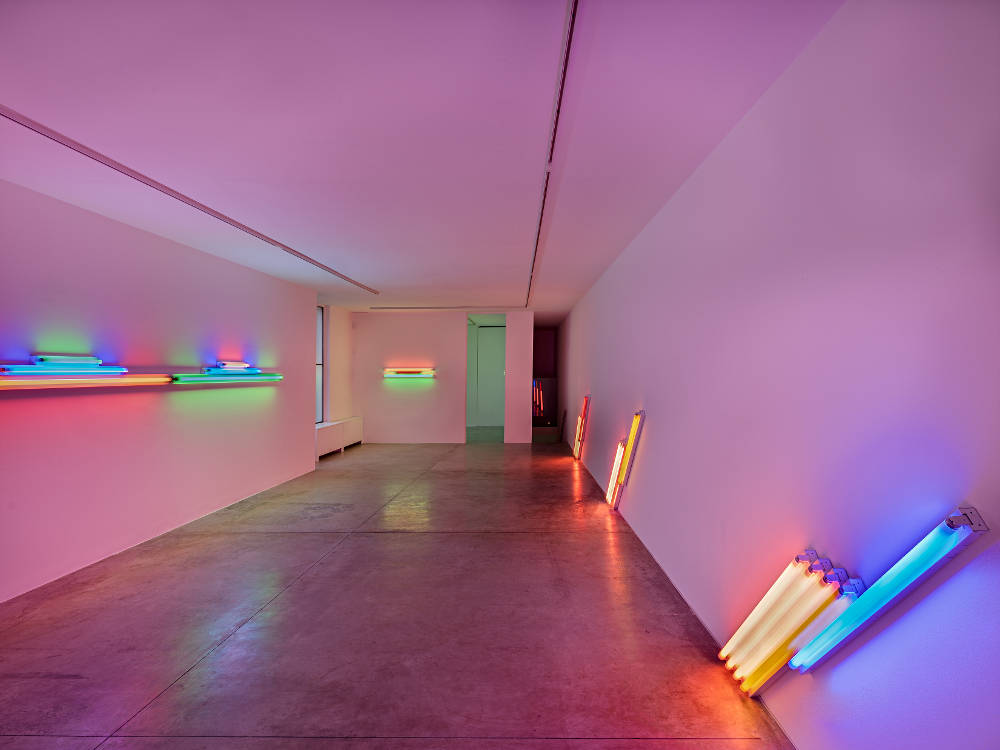 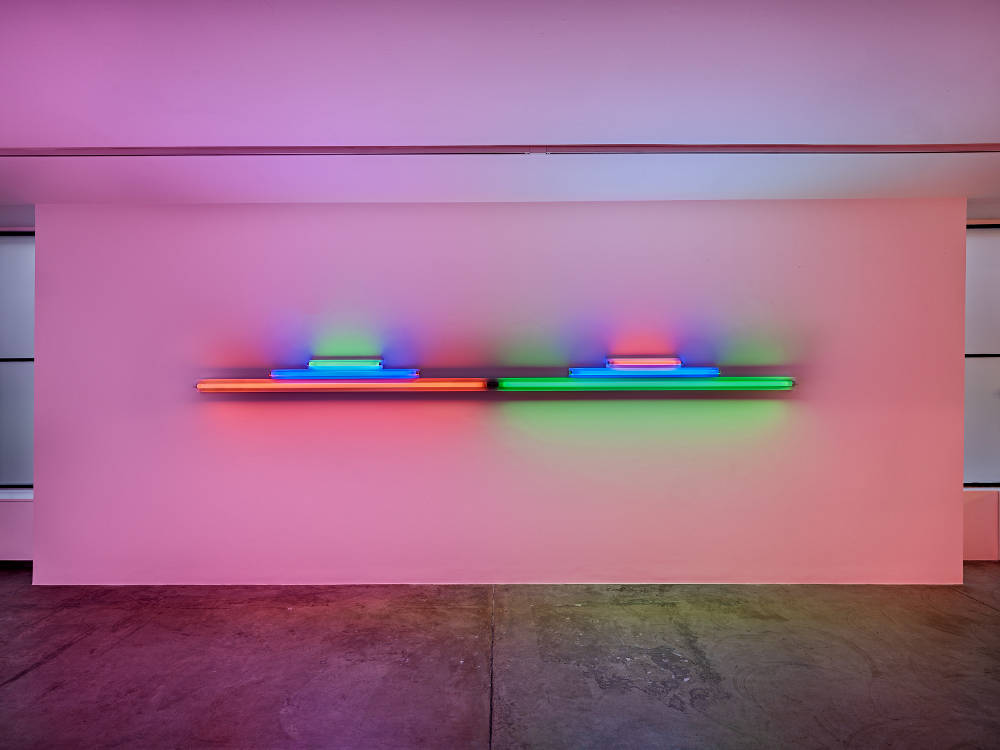 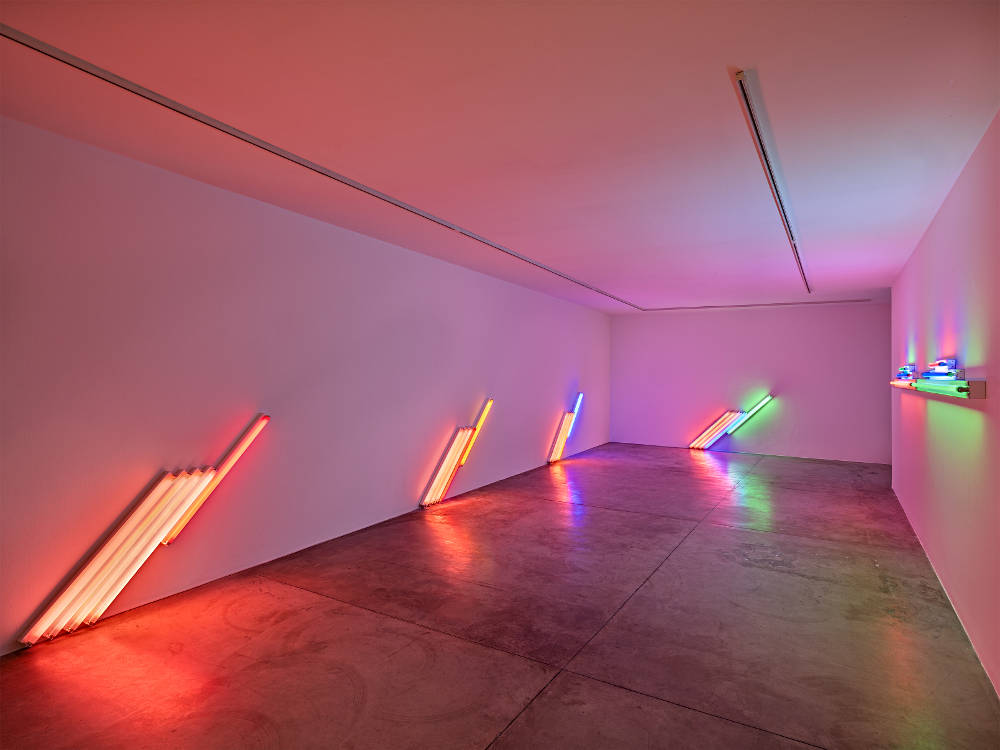 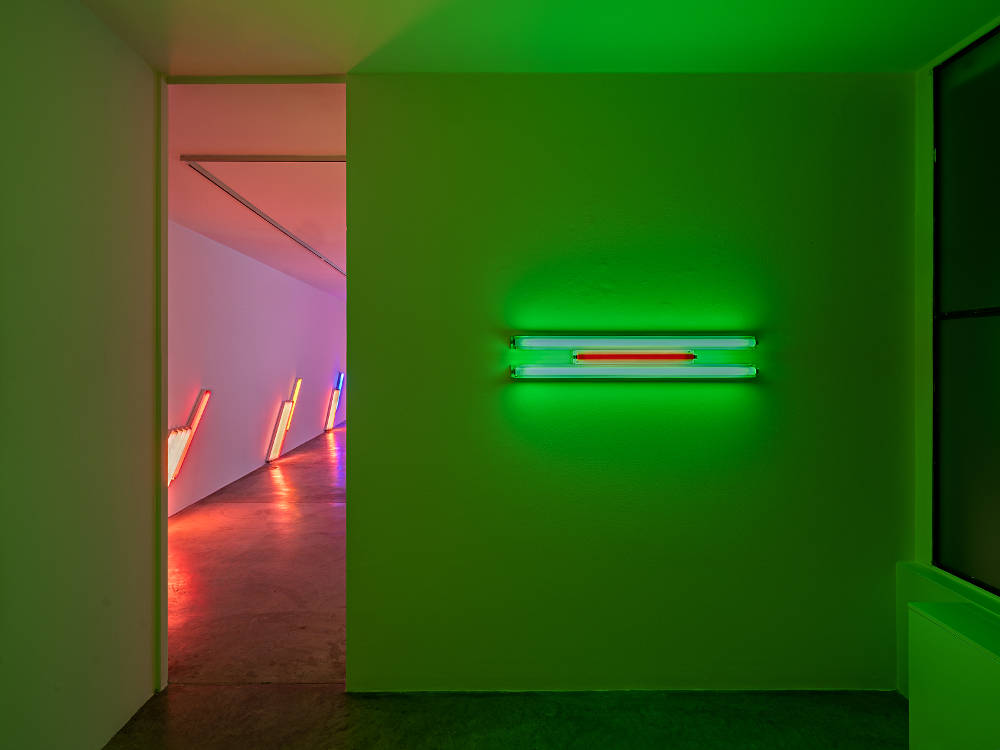 The American artist Dan Flavin (1933–1996) created installations and sculptural pieces made exclusively of commercial fluorescent light fixtures and tubes that allowed him to explore color, light and sculptural space. On display in the spaces of Cardi Gallery Milan, fourteen sculptures from the late ’60 to the ’90 that showcase four decades of the artist’s research.

In the summer of 1961, while working as a guard at the American Museum of Natural History in New York, Flavin started to make sketches for sculptures that incorporated electric lights. Later that year, he translated his sketches into assemblages he called “icons,” which juxtaposed lights onto monochromatic canvases. By 1963, he removed the canvas altogether and began to work with his signature fluorescent tubes; and by 1968, he had developed his sculptures into room-size environments of light. That year, Flavin filled an entire gallery with ultraviolet light at Documenta 4 in Kassel (1968). Dan Flavin emphatically denied that his sculptural light installations had any kind of transcendent, symbolic, or sublime dimension, stating: “It is what it is and it ain’t nothing else,” and that his works are simply fluorescent light responding to a specific architectural setting. Through the construction of light, Flavin was able to litterally establish and redefine space.

Daniel Flavin was born in Jamaica, New York, in 1933. He studied for the priesthood for a brief period of time before enlisting in the United States Air Force. During military service in 1954–55, Flavin studied art through the University of Maryland Extension Program in Korea. Upon his return to New York in 1956, he briefly attended the Hans Hofmann School of Fine Arts and studied art history at the New School for Social Research. In 1959, he took drawing and painting classes at Columbia University; that year, he began to make assemblages and collages in addition to paintings that pointed to his early interest in Abstract Expressionism. In 1961, he presented his first solo show of collages and watercolors at the Judson Gallery in New York. Major retrospectives of Flavin’s work have been organized by the National Gallery of Canada in Ottawa (1969), St. Louis Art Museum (1973), Kunsthalle Basel (1975), and Museum of Contemporary Art in Los Angeles (1989). He also executed many commissions for public work, including the lighting of several tracks at Grand Central Station in New York in 1976. Flavin died on November 29, 1996, in Riverhead, New York. Both the Deutsche Guggenheim in Berlin in 1999 and the Dia Foundation for the Arts in 2004 mounted major posthumous retrospectives of the artist’s work. 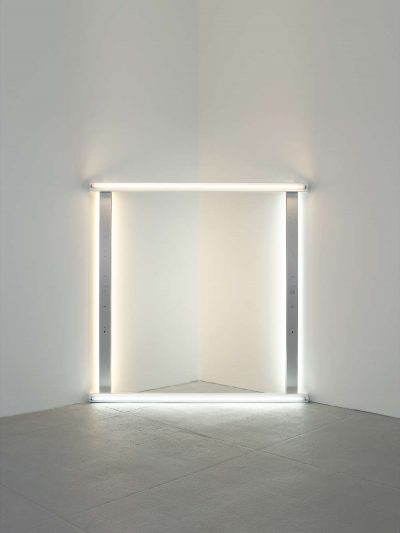