I wanted a shark that’s big enough to eat you, and in a large enough amount of liquid so that you could imagine you were in there with it.
—Damien Hirst

Gagosian presents Natural History, the first-ever exhibition dedicated to Damien Hirst’s groundbreaking works employing formaldehyde. The exhibition—part of Hirst’s takeover of the Britannia Street gallery—surveys more than twenty of the most iconic examples, dating from 1991 to 2021. 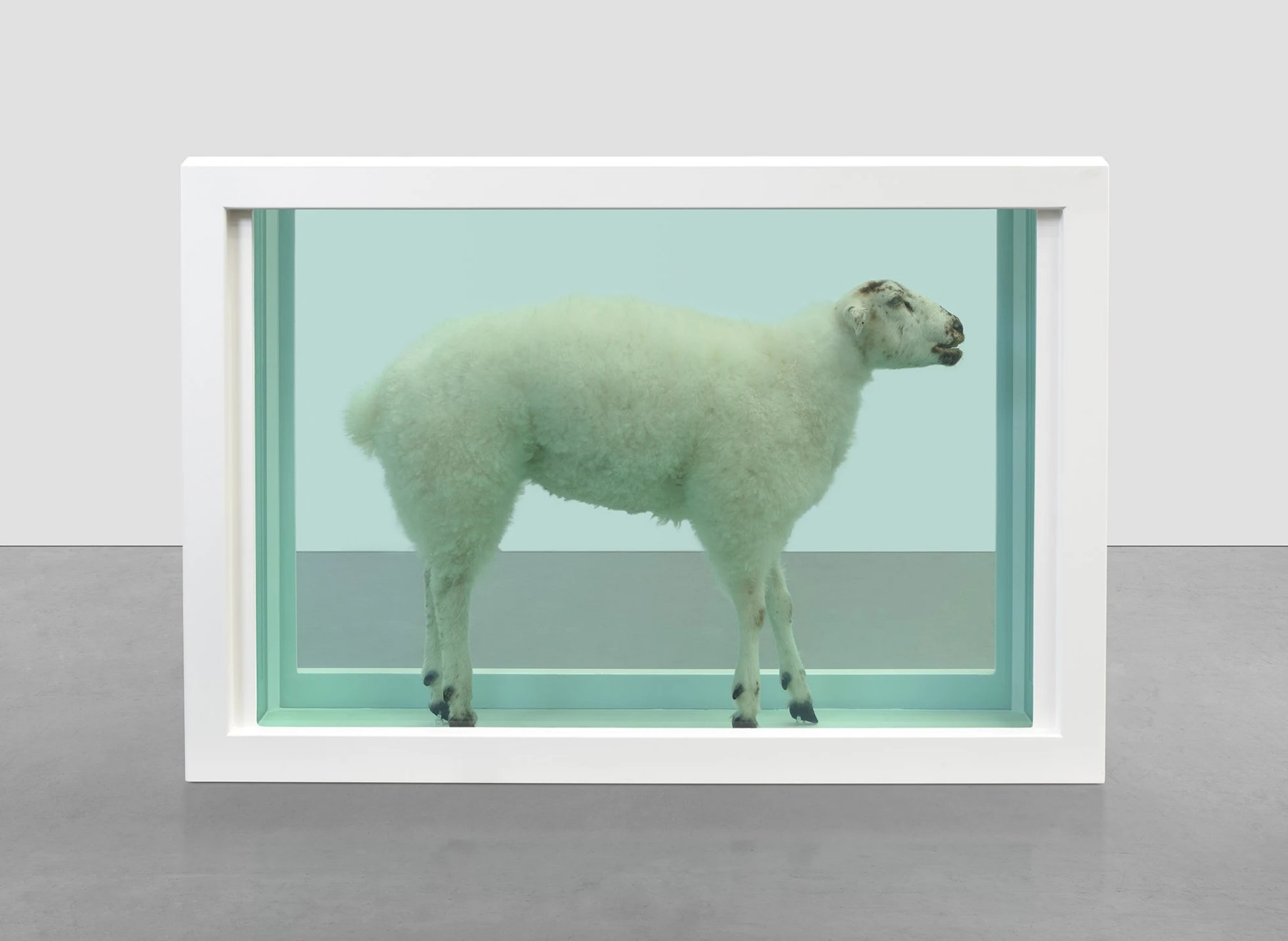 Ever since he first exploded into the public consciousness in 1991 with The Physical Impossibility of Death in the Mind of Someone Living, a fourteen-foot tiger shark preserved in a tank of formaldehyde, Hirst has used the naturally occurring compound in many of his best-known works. Embodying his ongoing drive to bridge the gap between art and science, the Natural History series includes a variety of preserved animals, such as sheep, doves, a zebra, and even a “unicorn”—some of which are bisected, sliced into cross sections, or flayed. This exhibition, which features works spanning a thirty-year period, gathers many of these works together for the first time.

Beginning with The Impossible Lovers (1991), a cabinet filled with glass jars containing preserved cow’s organs, Natural History also includes works incorporating sheep (I Am [1995]), fish (Saint Philip [2005] and Love Is Blind [2008]), calves (Cain and Abel [1994] and The Ascension [2003]), and, of course, sharks (Myth Explored, Explained, Exploded [1993], among others). On view as well are complex tableaux such as The Pursuit of Oblivion (2004), in which animal carcasses are joined by other objects including knives and a chain mail glove. As their titles and components suggest, these arrangements combine strikingly unexpected variations on religious iconography with investigations of phenomenological and psychological facts and events.

Hirst’s use of formaldehyde allows him to present visceral, often disturbing objects in a knowingly cool, clinical style, adapting formal devices identified with Minimalism to a meditation on life and death, fact and faith. The heavy frames of the sculptures’ tanks have been a feature of his work since the 1990s in artworks such as A Hundred Years and A Thousand Years (both 1990). Hirst’s vitrines are rooted in the fear of fragility, and in a consequent desire to isolate and protect. Yet ultimately, far from proposing formaldehyde as an effective medium for preserving objects and the ideas they convey, Hirst concludes that the very idea of preservation is futile in the face of inevitable death.