If you would like to visit the gallery, you can book an appointment by emailing m@hdmgallery.com or calling +44 7495 08 1819 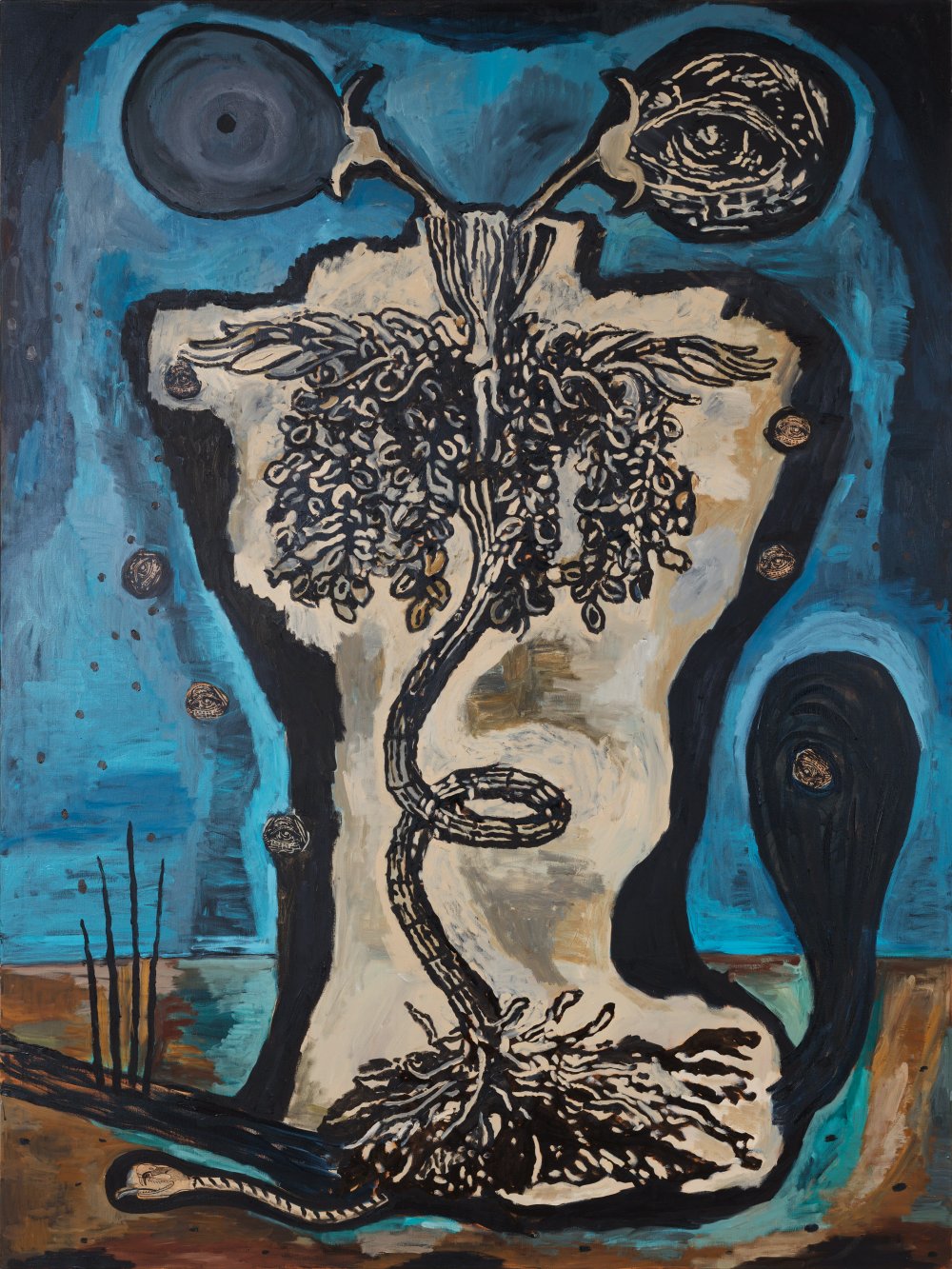 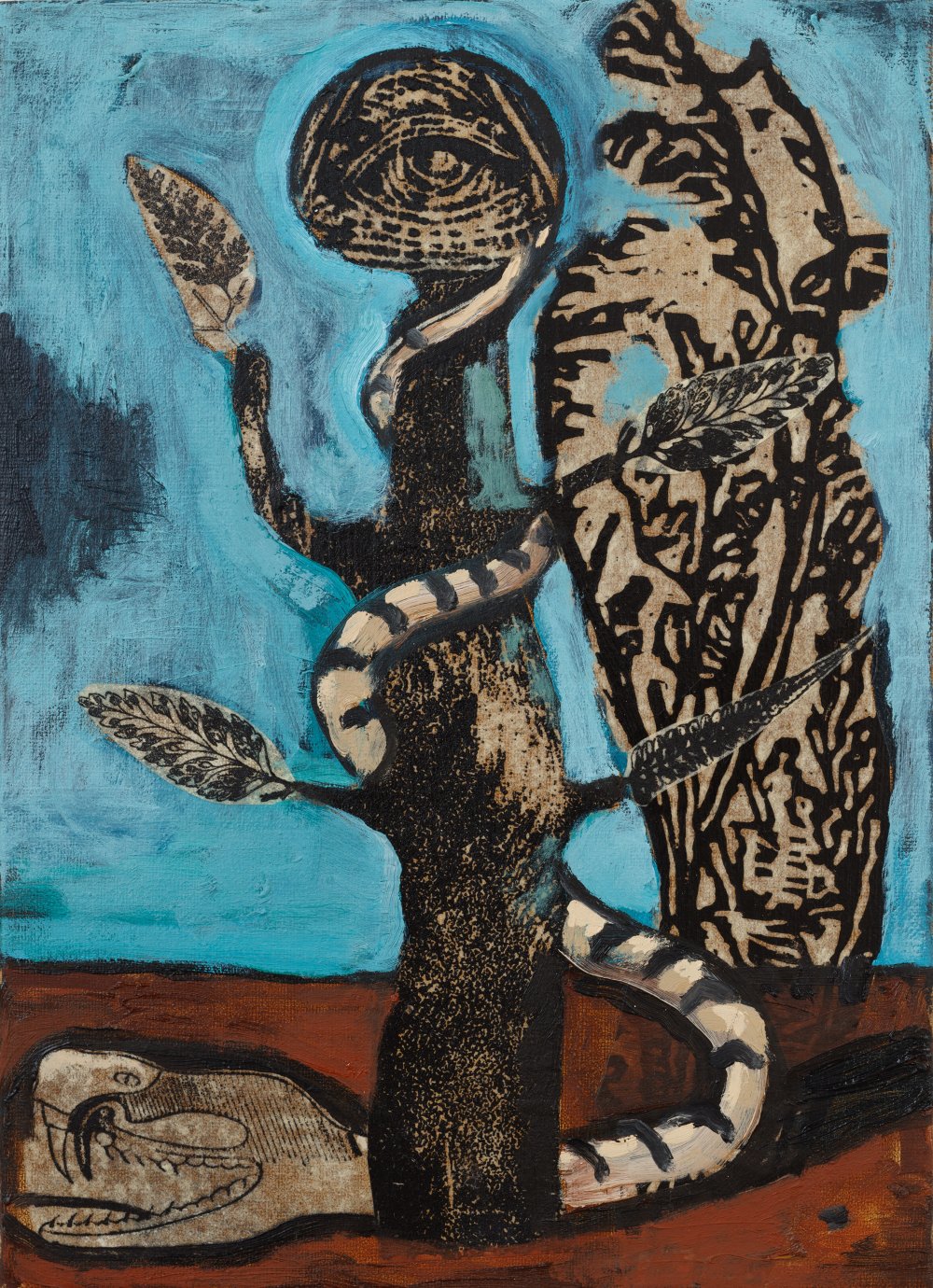 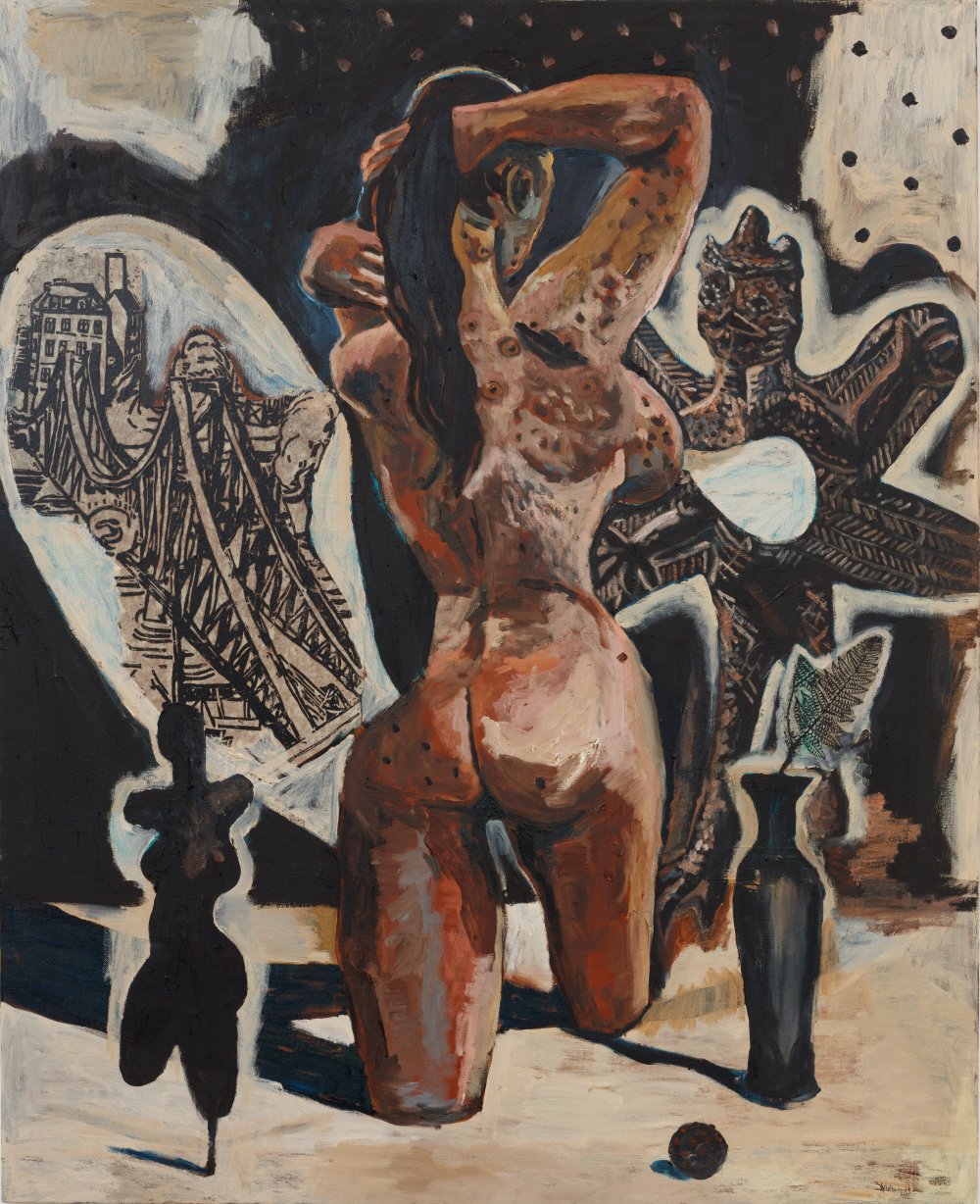 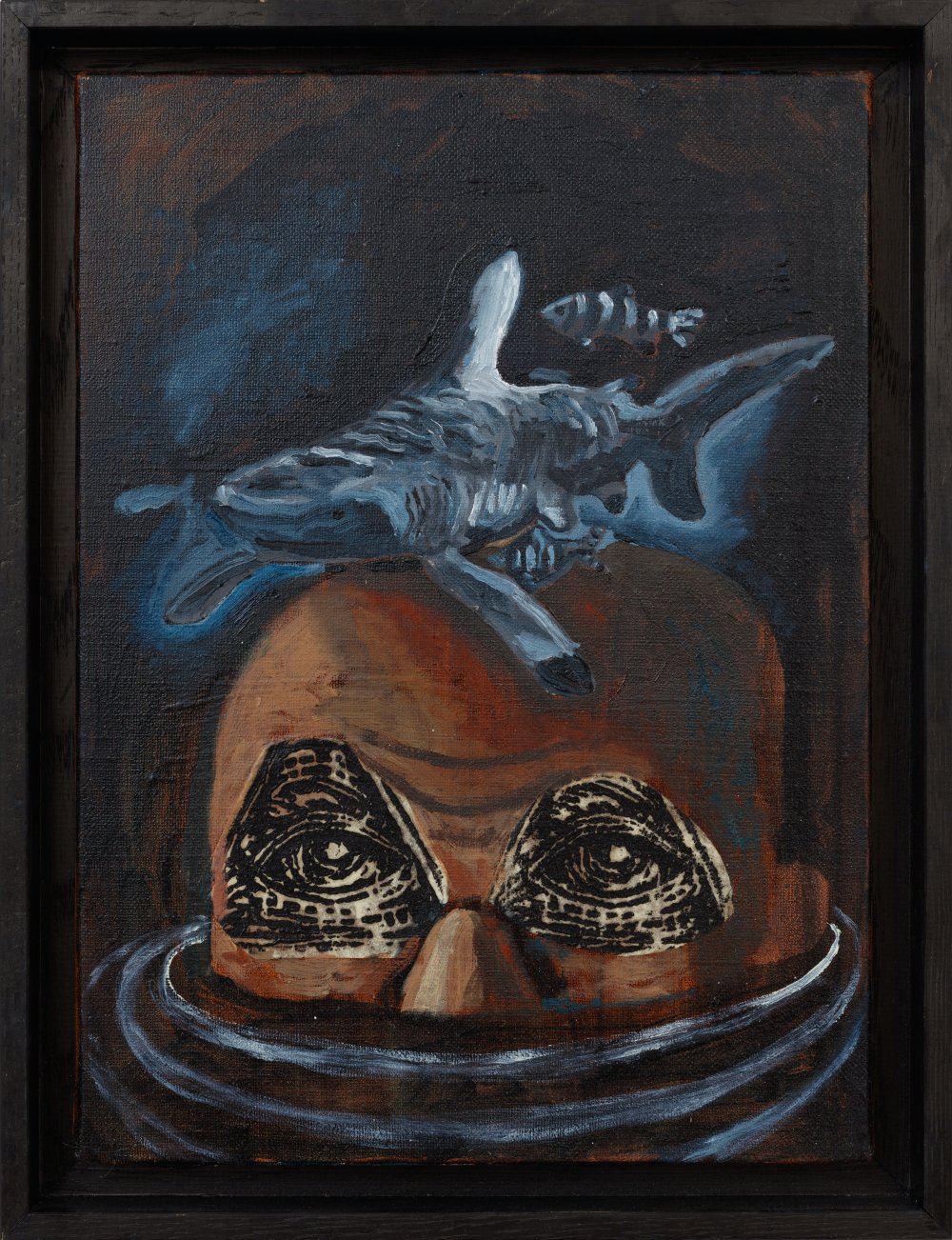 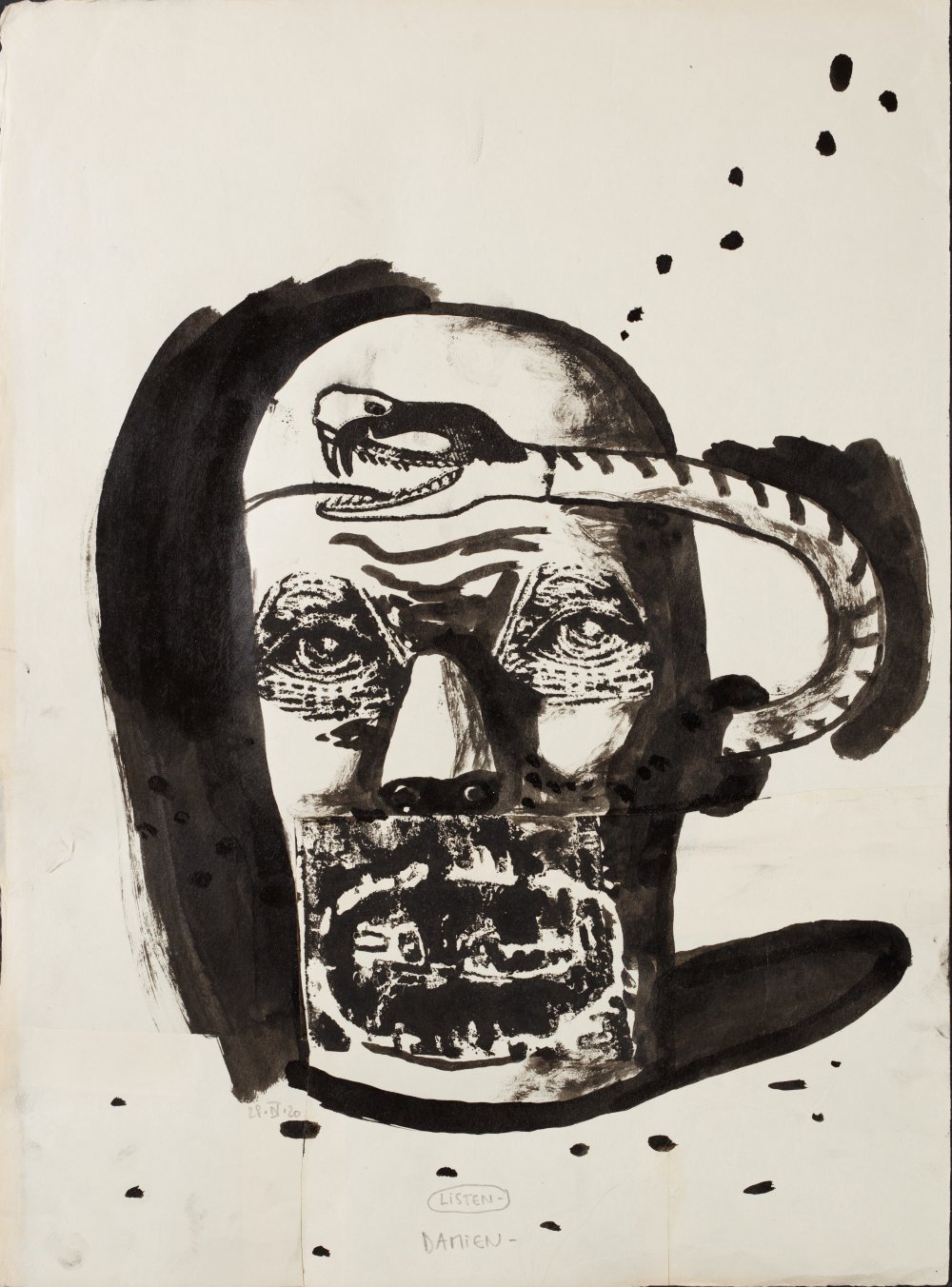 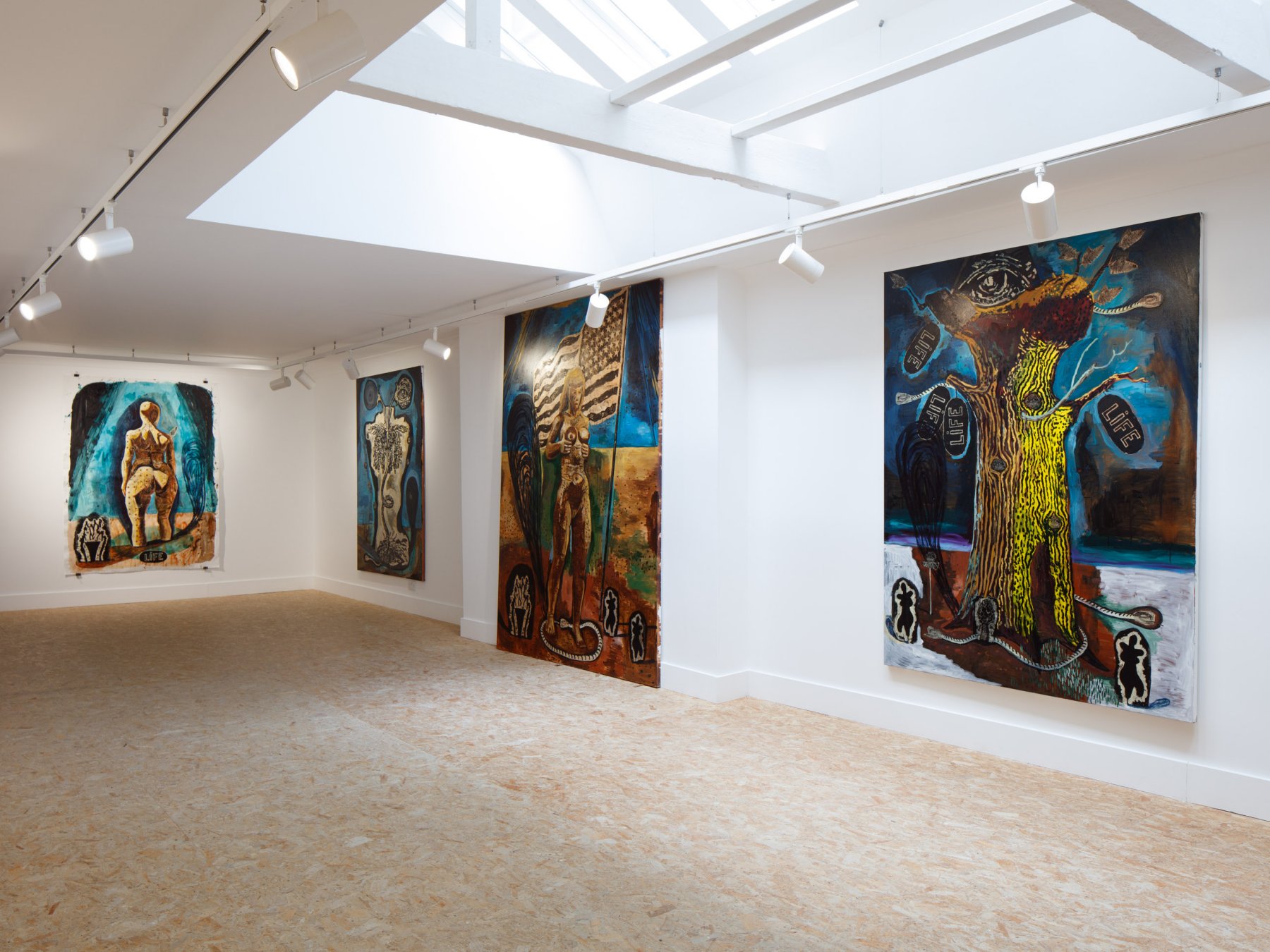 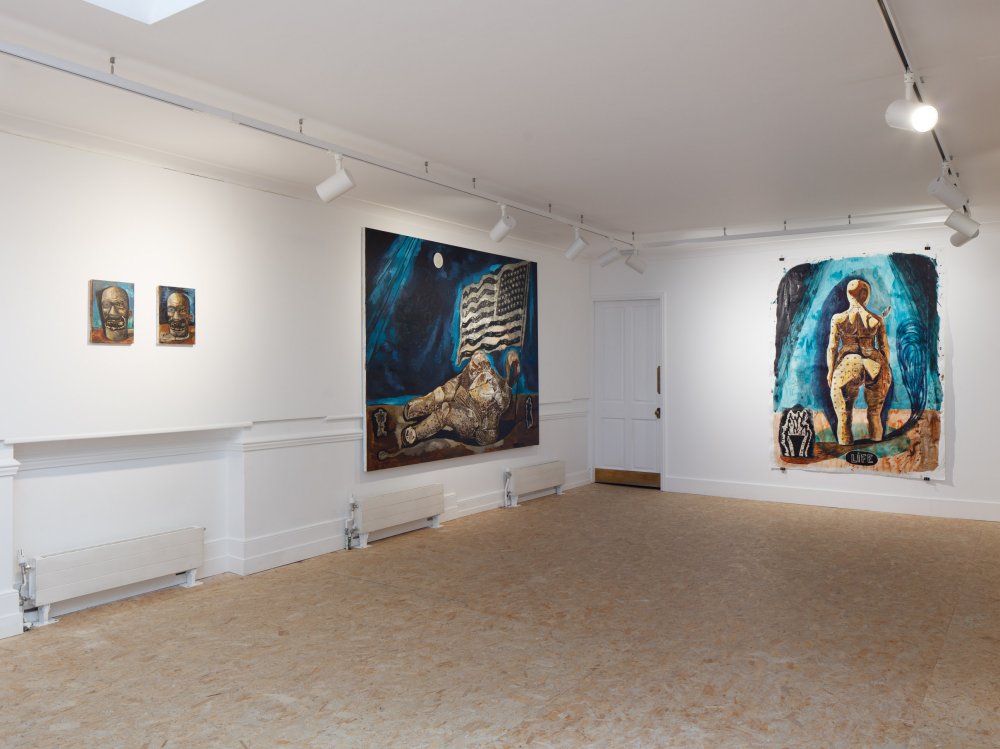 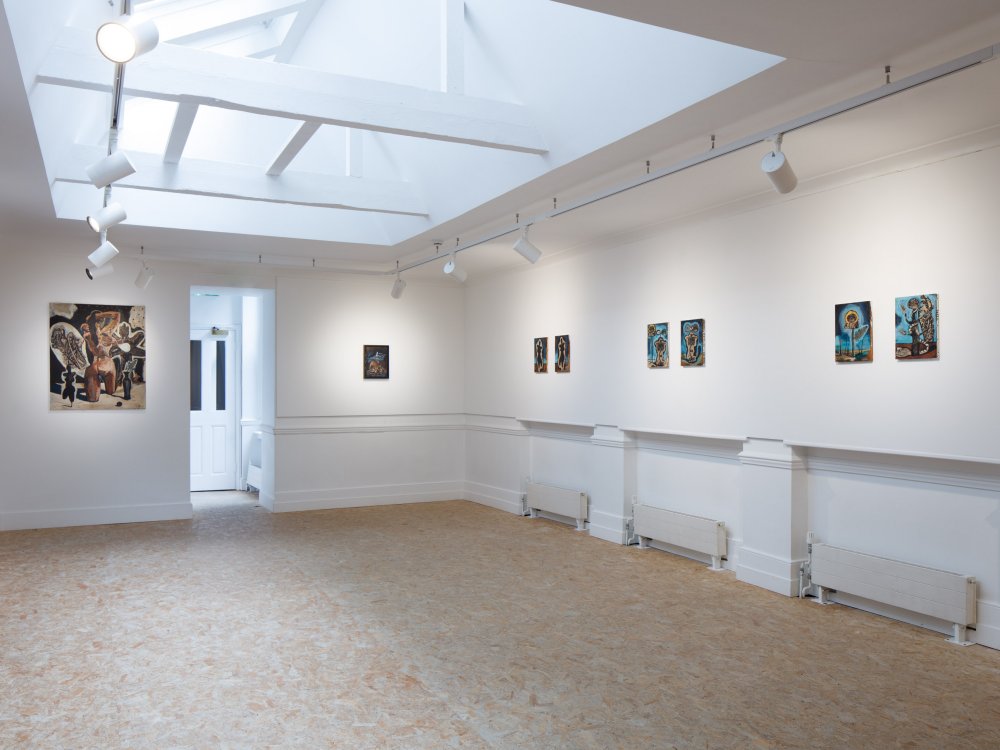 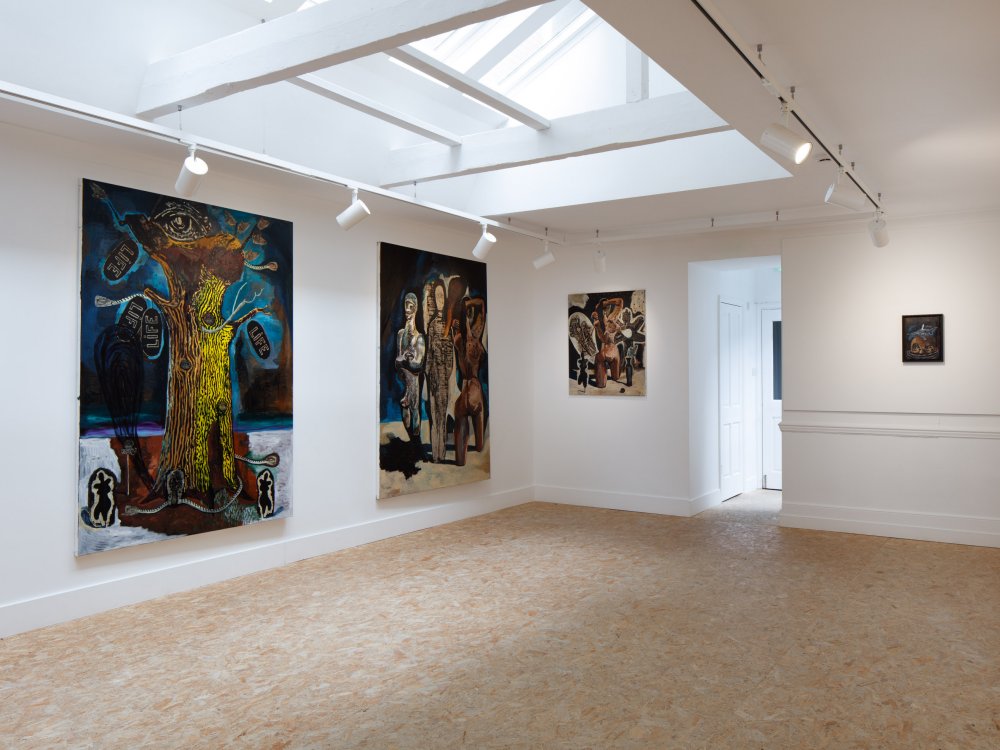 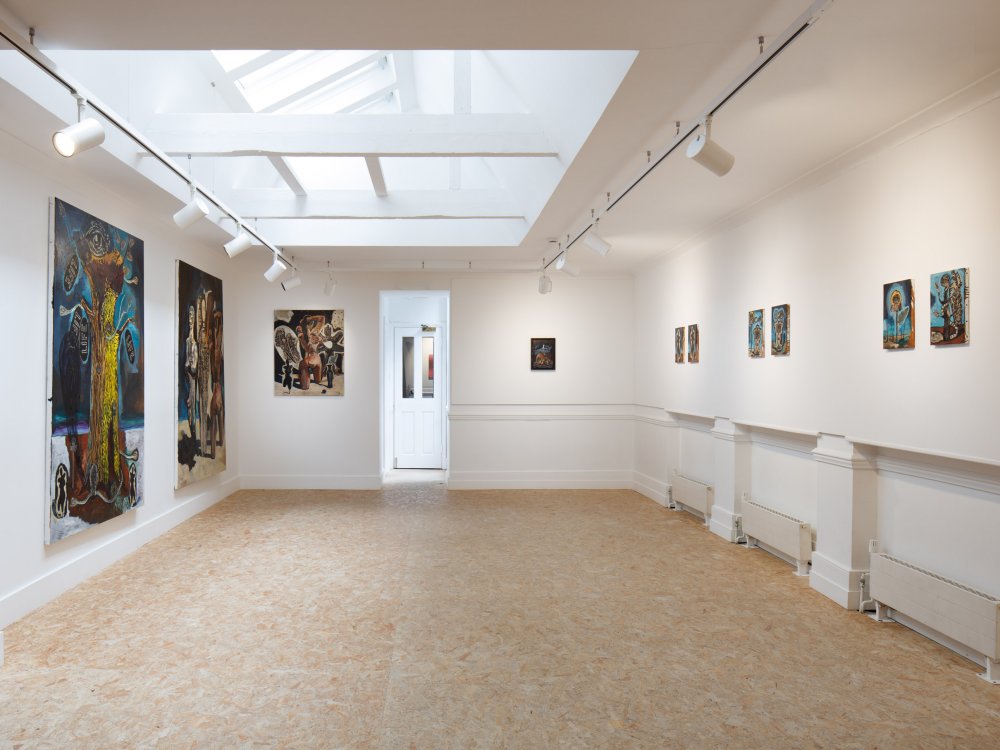 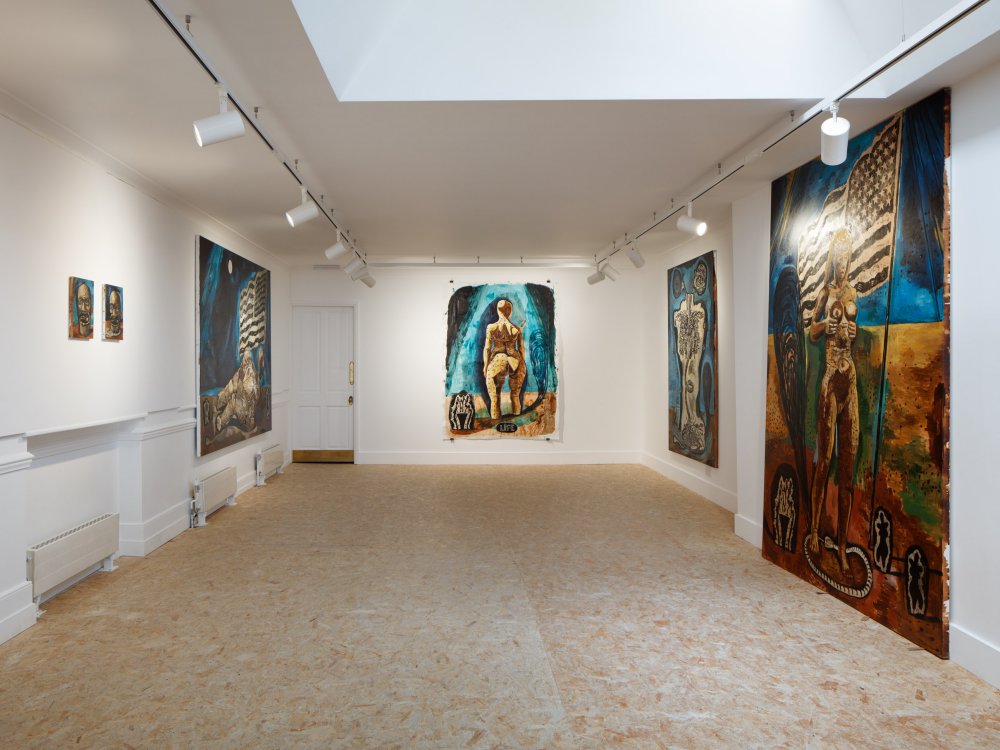 Background, Use of Techniques and Interests

Having multiple influences from France to Germany, Deroubaix studied at the Fine Art University in Saint-Etienne (1992 to 1994) and the Academy of Fine Arts in Karlsruhe (1994 and 1998). He uses a variety of techniques from drawing, painting, sculpture, installation to lithography. In recent years, Deroubaix mainly works with paper cut-outs, wood engraving prints and oil on canvas.

As an artist, he is interested in revealing the violence that is hidden in our social power, investigating the incarnations of Capitalism such as advertising, models, slogans – and he thinks that vanity and death are lurking behind these incarnations.

Deroubaix uses a lot of references symbolically in his works: popular culture elements, biblical citations, Grindcore Culture imagery. He uses these to express his cynicism towards the materialism and conformity of the masses. Besides, historical references such as Nazi symbols and death camps represent the ultimate evil, whilst references to the Dada Movement, Francis Bacon, and especially to Pablo Picasso and the meaning and iconography of his work Guernica (1937), which shaped the artist’s conception of art – all together are a nod to art history.

The artist’s recent works depict monstrous twilight landscapes with human, animals and plants in bizarre compositions. Like Robert Rauschenberg, Deroubaix also experiments with collage – mixing modern and identifiable iconography with a morbid and apocalyptic universe populated by monsters, skeletons, weapons of war and an abundance of images symbolizing disaster and death. His motifs come from the medieval danses marcabres with tragic from Modern history. Altogether, Deroubaix portrays a dark, chaotic and violent universe on the border of reality and nightmare based on mythology lodged in the heart of Surrealism.

Born 1972 in Lille, France, Deroubaix lives and works in Meisenthal and Paris ,France. Deroubaix had many solo shows, particularly in France, Switzerland and Germany. His works have been exhibited widely in many leading European Institutions. He held residences at Künstlerhaus Bethanien in Berlin (2005) and ISCP in New York (2008). Deroubaix was nominated for the Marcel Duchamp Prize (2009). His works are included in public and private collections, such as the Kunstmuseum St. Gallen; the Museum of Modern Art, New York; Grand Duke Jean Museum of Modern Art, Luxembourg;

Courtesy of the artist and HdM GALLERY, London