Taka Ishii Gallery presents a group exhibition with Daichi Takagi, Lucía Vidales, and Hiroka Yamashita. Focusing on painting, this exhibition introduces work by young artists born in the 80’s and the 90’s. 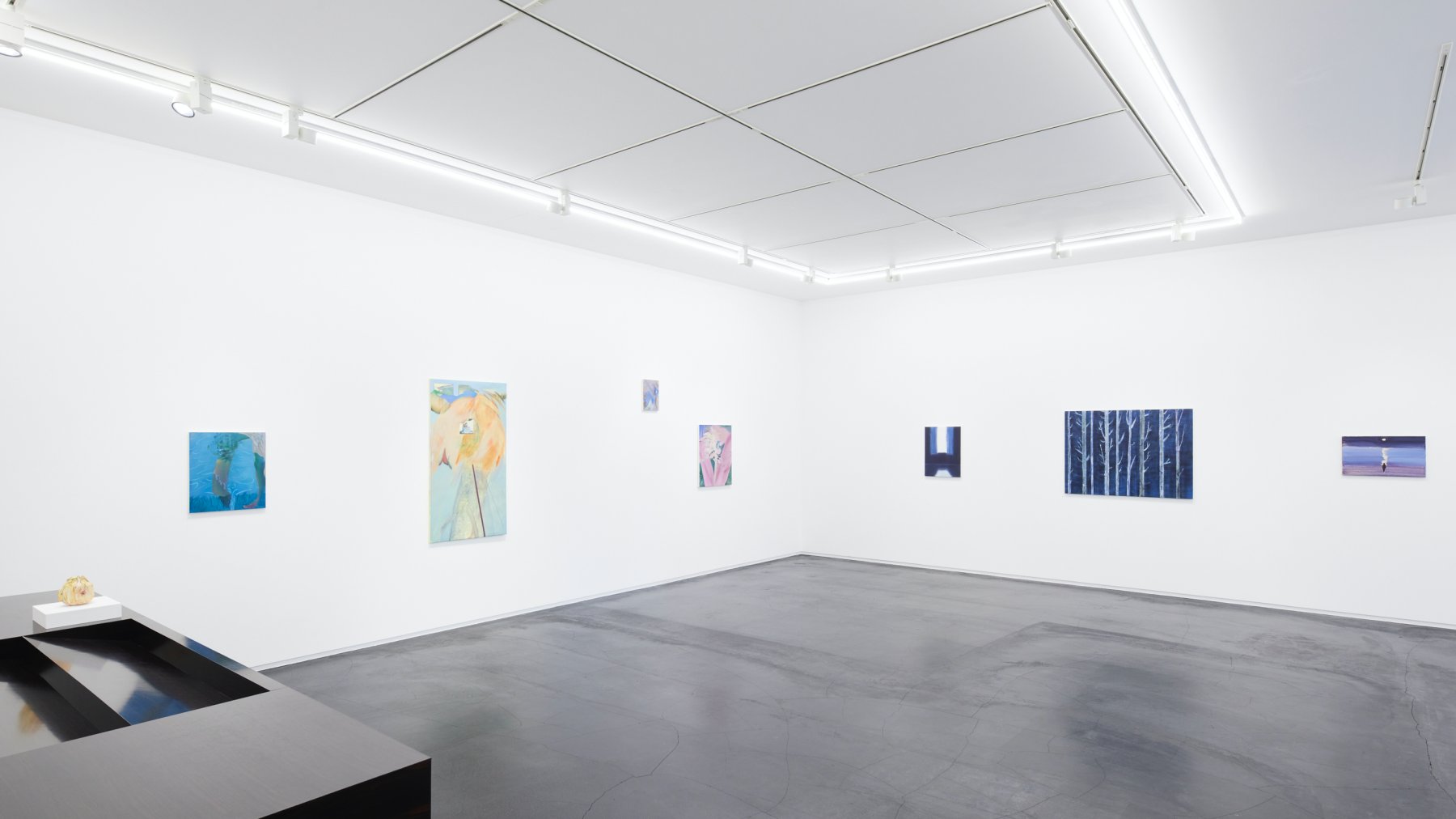 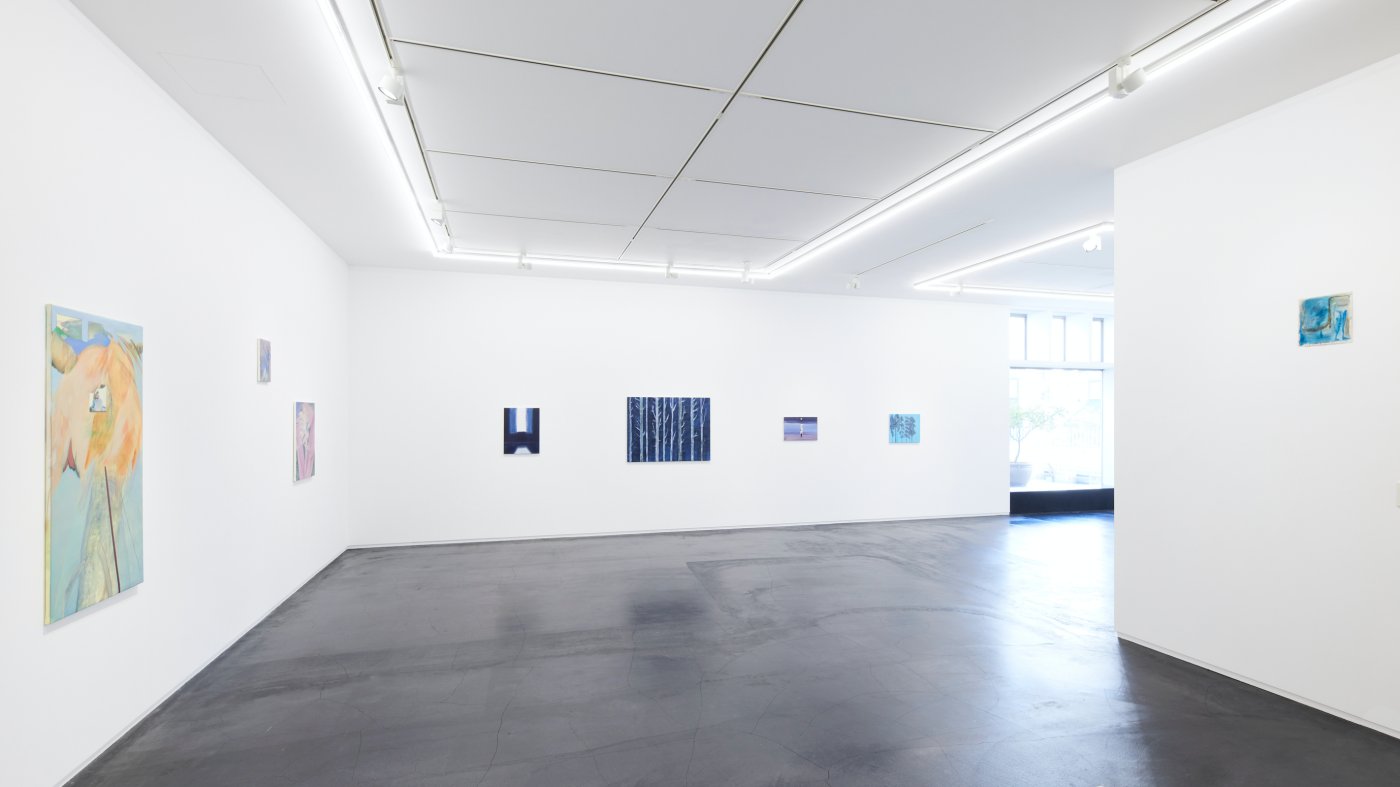 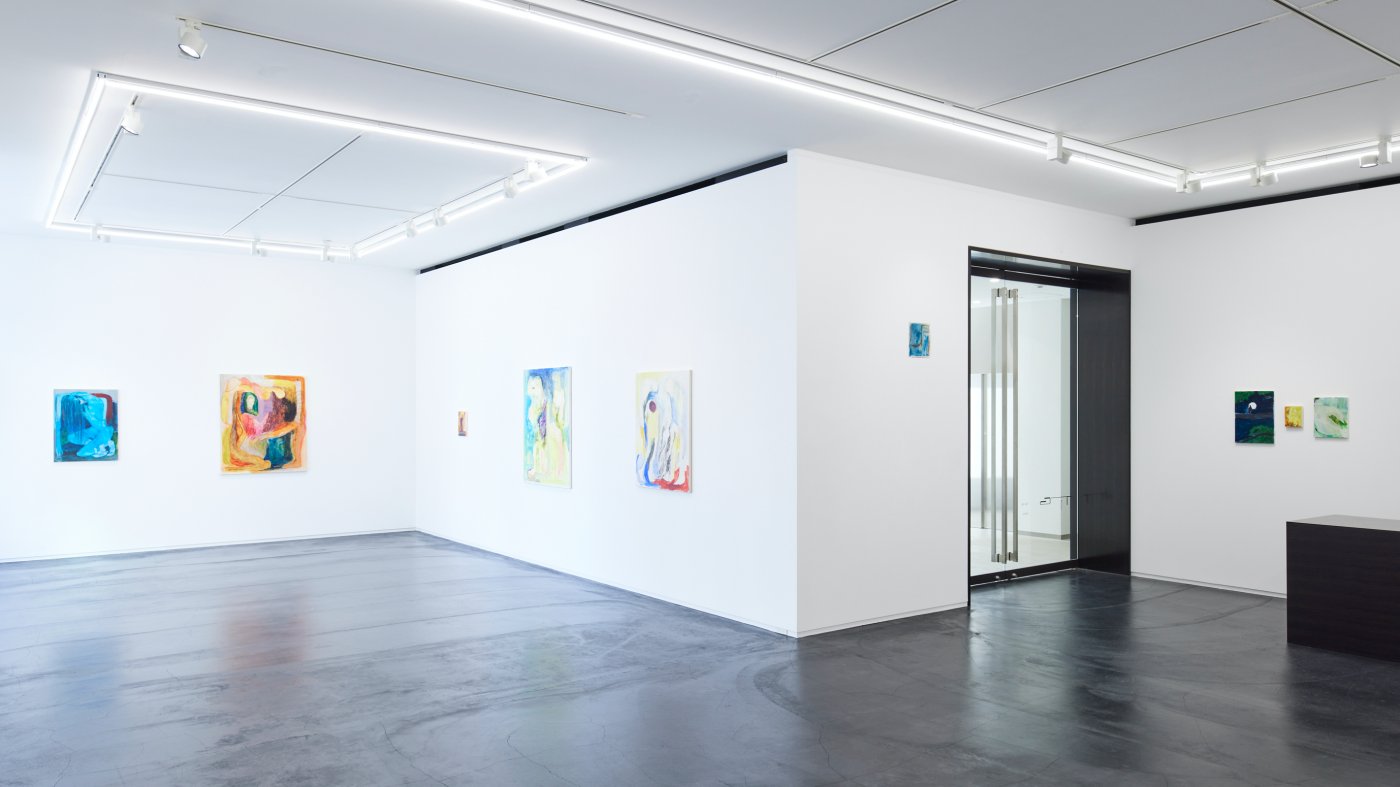 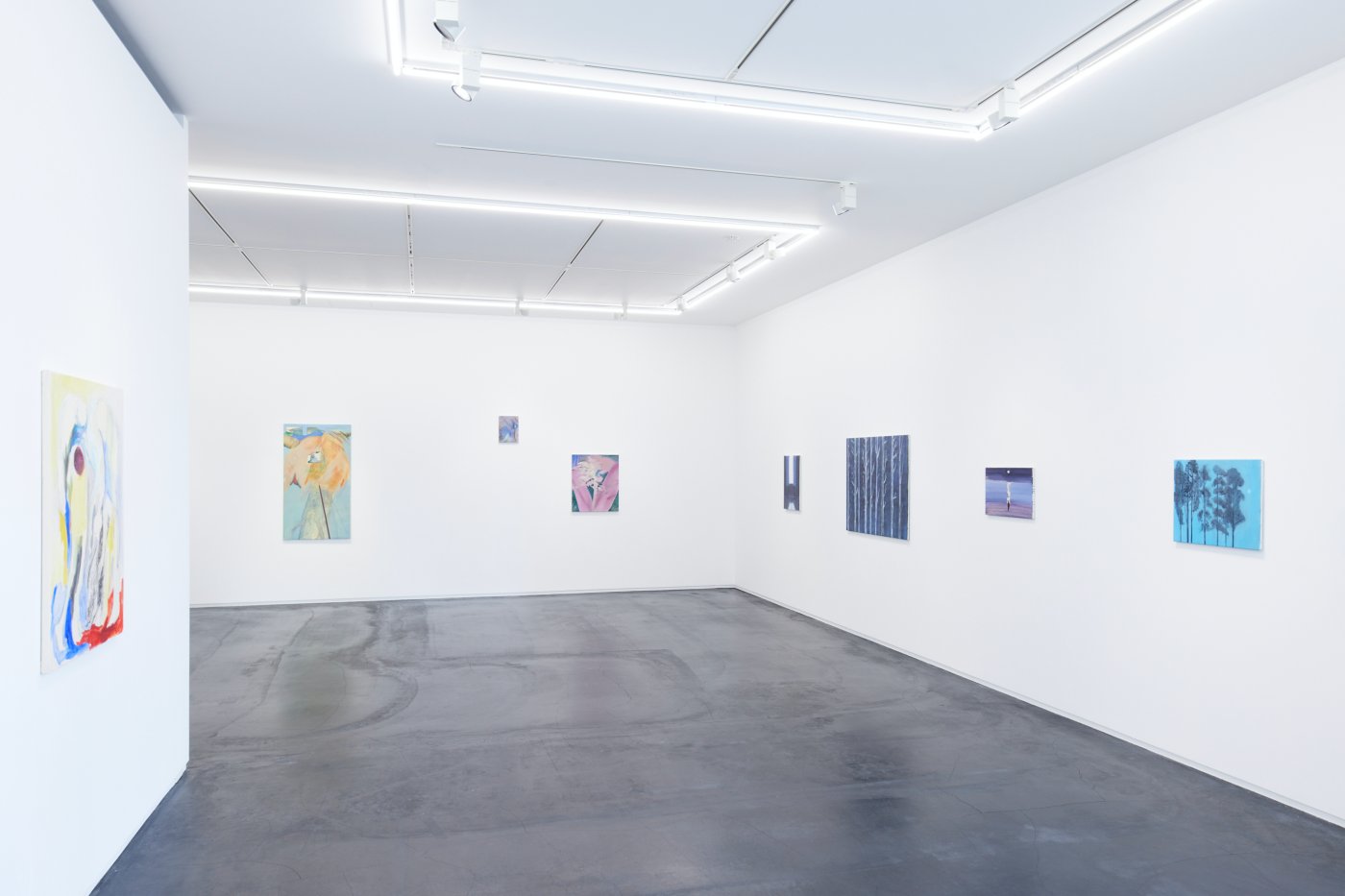 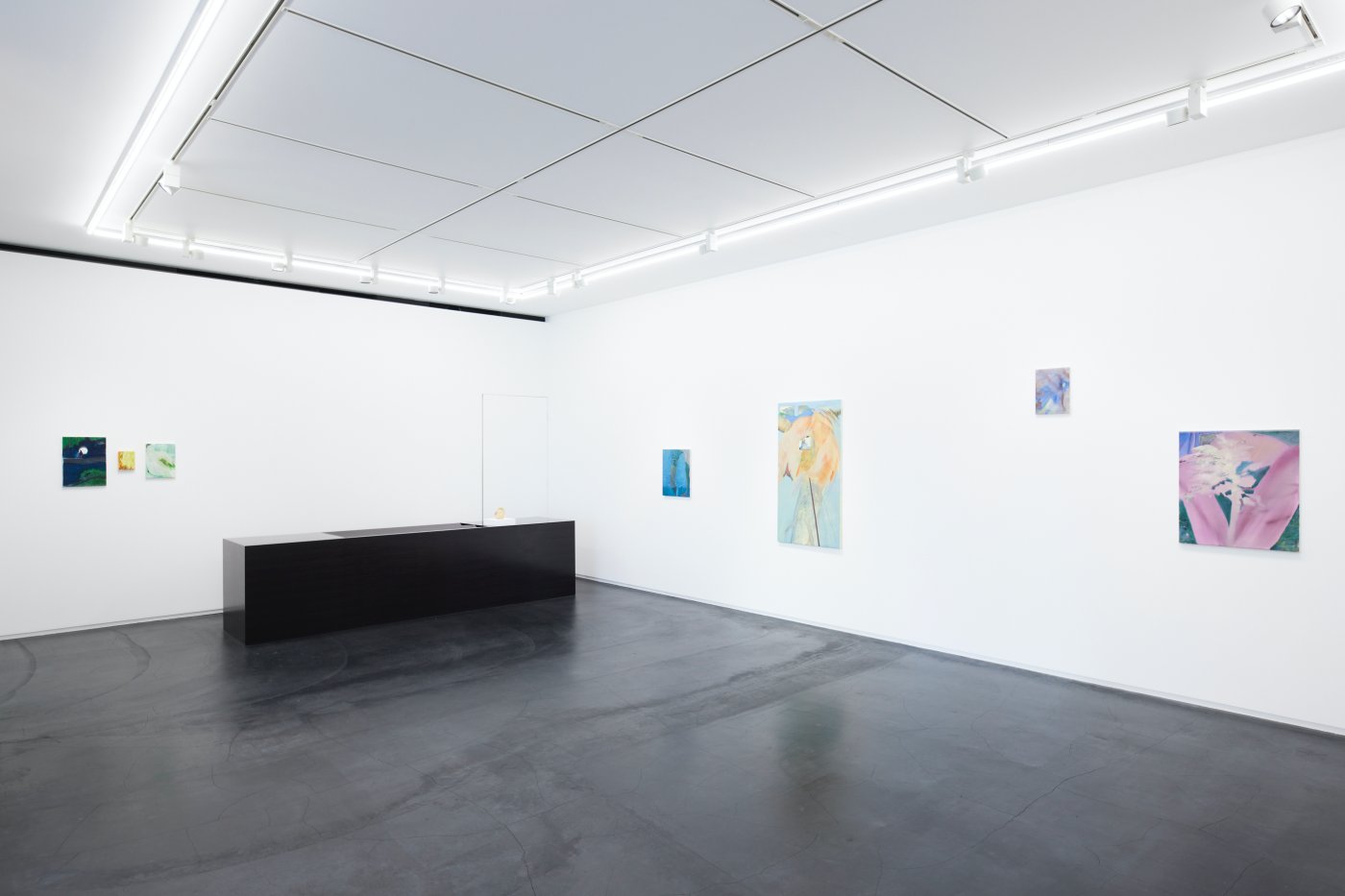 Daichi Takagi was born in Gifu, 1982, and currently lives and works in Kanagawa. He graduated from the Oil Painting Course, Department of Painting, and then completed the Master’s Degree Program, Graduate School of Art and Design, both at Tama Art University, Tokyo. With a grant by Japan’s Agency for Cultural Affairs in the framework of the Overseas Study Program for Artists, Takagi based himself in Amsterdam, the Netherlands, between 2018 and 2019.
Before going to the Netherlands, his practice centered on forms and shapes of both painted images and paintings themselves, developing diverse work spanning from abstract attempts that thematize still life and landscape to pieces appropriating shaped canvases and grid structures. While in the Netherlands, he committed to a total reexamination of his painterly practice by then, beginning to engage with painting more from intuition, keeping a distance from theory and methodology. Takagi’s subjects also shifted to things observed in the artist’s immediate environment, such as trees, rain, water surface, windows, and birds. Through a range of brushstrokes and paint layers, his new paintings tactfully translate and appropriate the quality and ambience perceived in the actual space into forms of painterly expression.
His solo exhibitions include “Intuition,” TIME&STYLE Amsterdam, Amsterdam (2019); “aspect,” KAYOKOYUKI, Tokyo (2018); “Pattern, Quiet, Repeat, Simple,” switch point, Tokyo (2017); and “Periphery,” Foundation B.a.d, Rotterdam (2016). Along with the upcoming 2021 edition of the “DOMANI: The Art of Tomorrow” exhibition at the National Art Center, Tokyo, his group shows include “pecio,” Bluff No.111, Kanagawa (2017); “Contemporary Art Experimental Exhibition “Perspectives (1),” JP Tower Museum INTERMEDIATHEQUE, Tokyo (2017); “Footprints,” MUSEUM HAUS KASUYA, Kanagawa (2016); “The Way of Painting,” Tokyo Opera City Art Gallery, Tokyo (2014); and “fertile land,” Akibatamabi21, Tokyo (2011).

Born in Mexico City, Mexico in 1986, Vidales currently lives and works in Monterrey, Mexico as a BA professor at the University of Monterrey. She received her BA from ‘La Esmeralda’ National School of Painting, Sculpture and Printmaking of the National Institute of Fine Arts, Mexico in 2009 and MFA from the National Autonomous University of Mexico, Faculty of Art and Design, UNAM in 2014.
Vidales’ works come from a personal imagination of painting, its history and its particular repertoire of operations. For the imagination navigating her artistic practice in the making of paintings, graphics, and sculptures merges fiction and history, where the artist unfolds stories across generations from a first-person narrative. In Vidales’ canvas, the multiple layers of paint display a range of densities and transparencies, which seemingly take on an organic life under the artist’s dynamic brushwork. Its capability in transformations when interacting with light and space further enhances the works’ expressiveness. As a signifier, the rich colors applied in Vidales’ paintings testify to the timely process of human labor in painting, as an attempt to bring inner world enrichment and consolation for wounds of the past and the present.
Vidales recently presented solo exhibitions at the House of Deslave in Tijuana, Galería de Arte Mexicano (GAM) and Galeria Alterna in Mexico City (2019). Recent group exhibitions include “Murales para un cubo blanco” at Sala de Arte Público Siqueiros, Mexico City (2020); “Prince.sse.s des villes”, at Palais de Tokyo, Paris (2019); “Montar la Bestia” at USC Fisher Museum of Art, Los Angeles, Museo Nacional de Ferrocarril Mexicanos, Puebla, CaSa, Oaxaca (2017).

Hiroka Yamashita was born in Hyogo, 1991, and currently lives and works in Okayama, after developing her practice while based in New York City. She obtained an MFA degree at Mason Gross School of the Arts, Rutgers University, New Brunswick, New Jersey.
Yamashita’s paintings meticulously depict various connections between nature and humanity, addressing human sentiments expressed in metaphors of natural phenomena, which has been traditionally practiced in Japanese waka poems since ancient times, as well as everyday life actions and mental subtleties in relation to memory, awareness, and yearning. Incorporating compositions unique to nihonga, traditional Japanese painting, into Western styles, she explores ways to re-express Japanese sensibility on the ephemeral by adapting particular colors and fine-line drawings and blurring contours of and boundaries between painted forms.
In 2019, Yamashita exhibited her work in Europe for the first time, at Tanya Leighton, Berlin. Other solo shows by the artist include “toru,” HIGASHIYAMA BUILDING301, Okayama (2019) and “Young Mountain,” N’s Art Project, Osaka (2017).

This exhibition is held in collaboration with KAYOKOYUKI and THE CLUB.