Mignoni presents Cy Twombly | Barry X Ball: A History of Painting and Sculpture. In collaboration with McCABE FINE ART, this exhibition explores how both American artists’ works were heavily influenced by their lifelong inspiration with the rich cultural heritage and history of Italy. The exhibition includes 4 paintings and works on paper by Cy Twombly alongside sculptures executed in different stones by Barry X Ball. 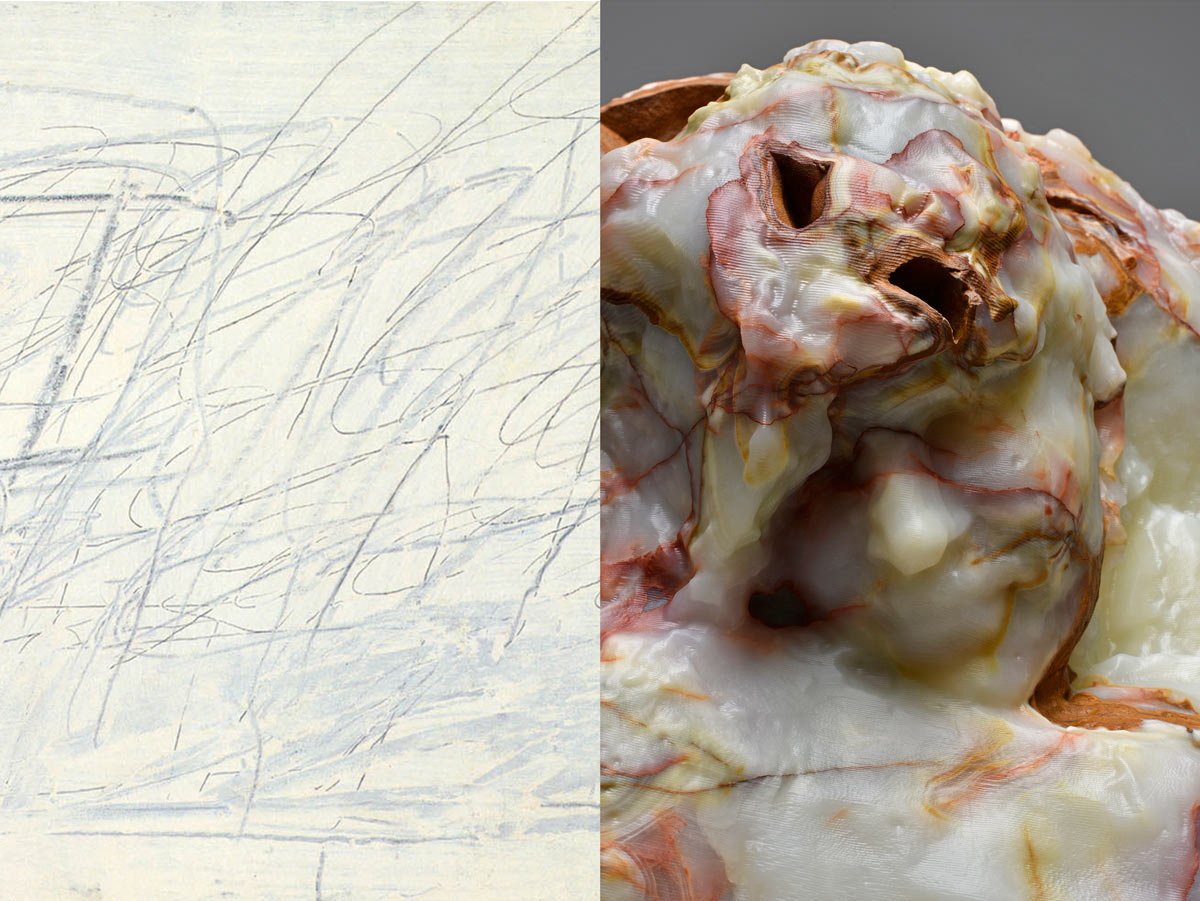 An exercise in contrasts, the work of Cy Twombly and Barry X Ball is both very different and yet also in many ways intriguingly similar. These are features that this first-ever pairing of the two artists’ work at Mignoni aims to bring to light.

Cy Twombly (1928 -2011) and Barry X Ball (b 1955) are both American artists whose work has been deeply rooted in and inspired by the past, especially, by the rich cultural heritage and art history of Italy. Much of their work derives, for example, not only from Classical, Renaissance and Baroque inspirations but also from the art of pioneering Italian avant-garde artists from the early Twentieth Century such as Medardo Rosso and the Italian Futurists.

Born in Lexington, Virginia, Cy Twombly first traveled to Italy in 1953 and returned to the country in 1957, marrying and settling there. The Italian landscape, its culture, history and the ever-present nature of the past (both historic and mythological) immediately became a lifelong source of inspiration for him. Barry X Ball grew up in Los Angeles and first traveled to Italy in 1984 thereafter returning to the country regularly. Ball began his artistic career as a painter but it was ultimately sculpture that would become his main medium. Twombly was to practice painting and sculpture simultaneously throughout his career.

Formally, these two artists’ approaches could not really be more different. Twombly’s work, often abstract, is wildly impulsive, gestural, spontaneous and deeply emotional. Ball’s predominantly figure-based sculpture is precise, analytical and conceptual. Yet, given these wholly different approaches, much of Ball and Twombly’s work has been founded upon open attempts at reinvoking, re-creating and re-inventing an Italianate past through a personal engagement with some of its great masterpieces.