Galerie Ernst Hilger presents an exhibition which takes place in the context of the gallery festival “Curated by_Vienna”. During the festival 21 Viennese Galleries invite international curators to present 21 exhibition within a common, central theme to the public. This year’s theme/title “Viennaline – Vienna as ongoing laboratory of modernism and destruction” 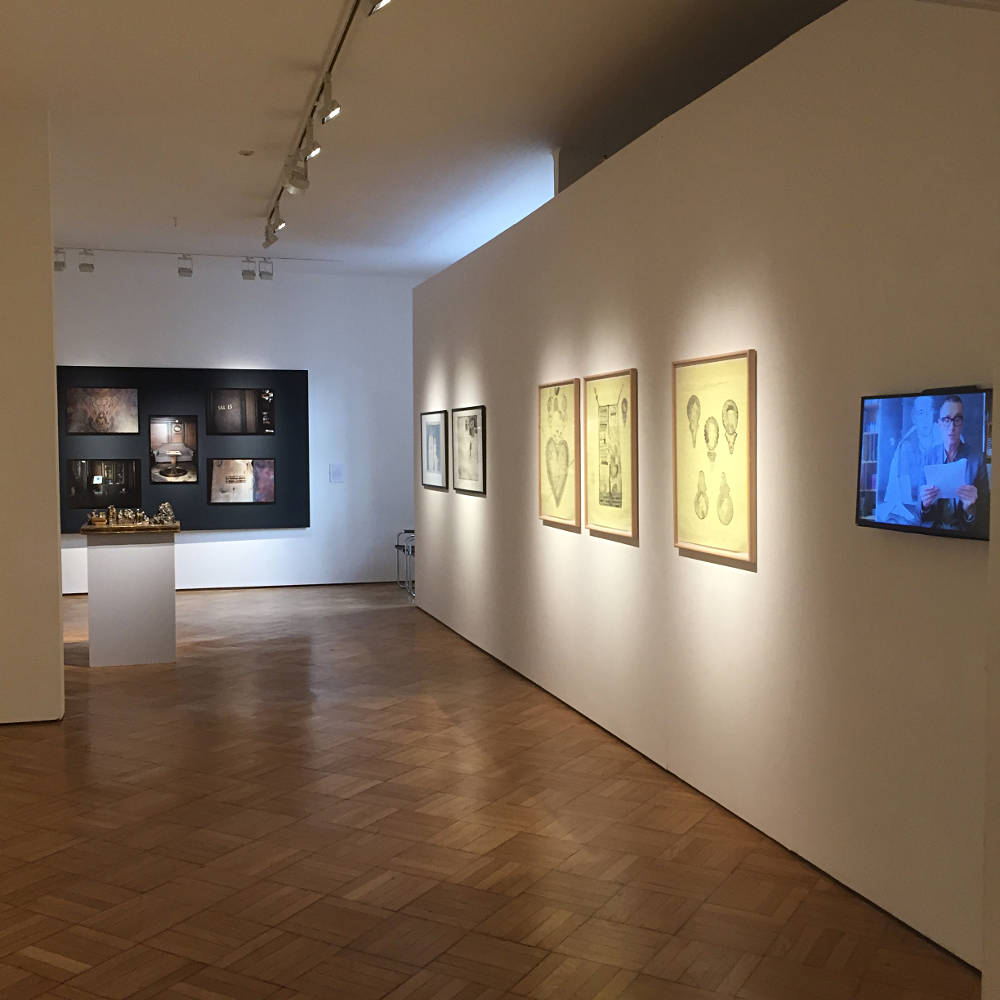 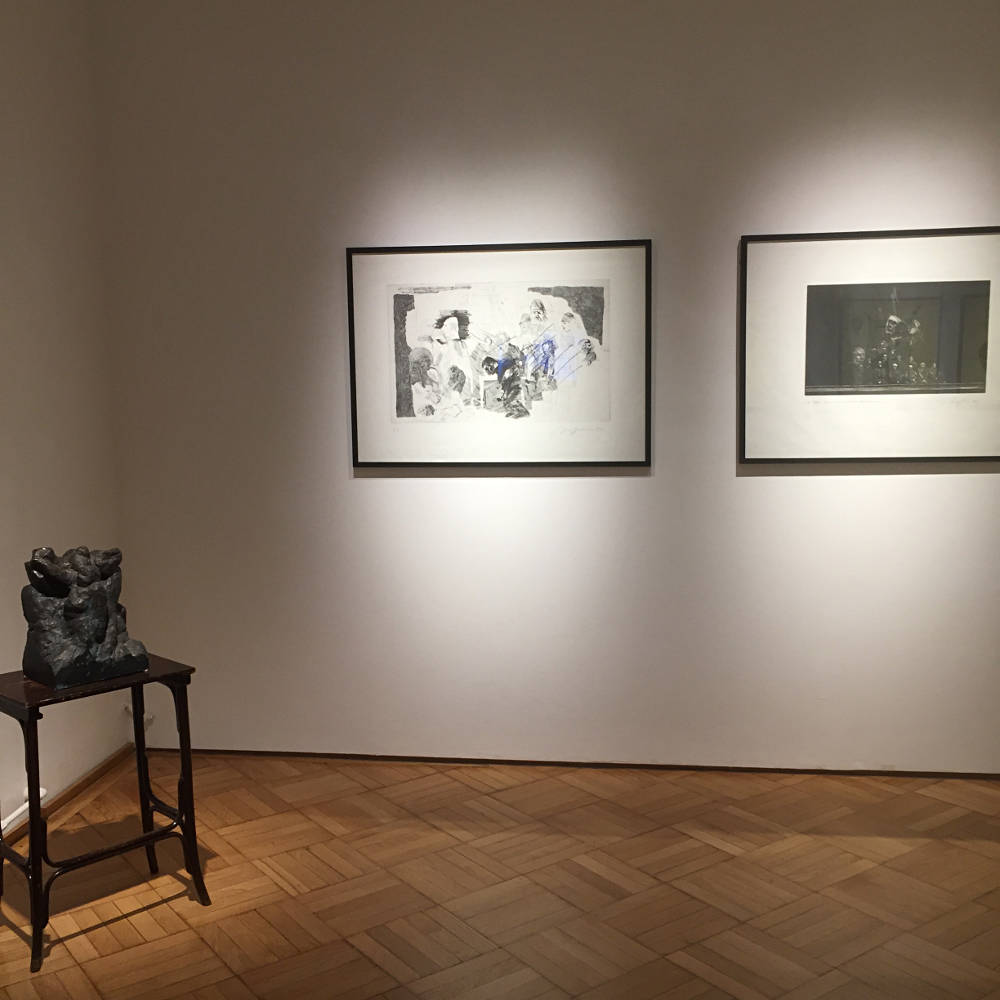 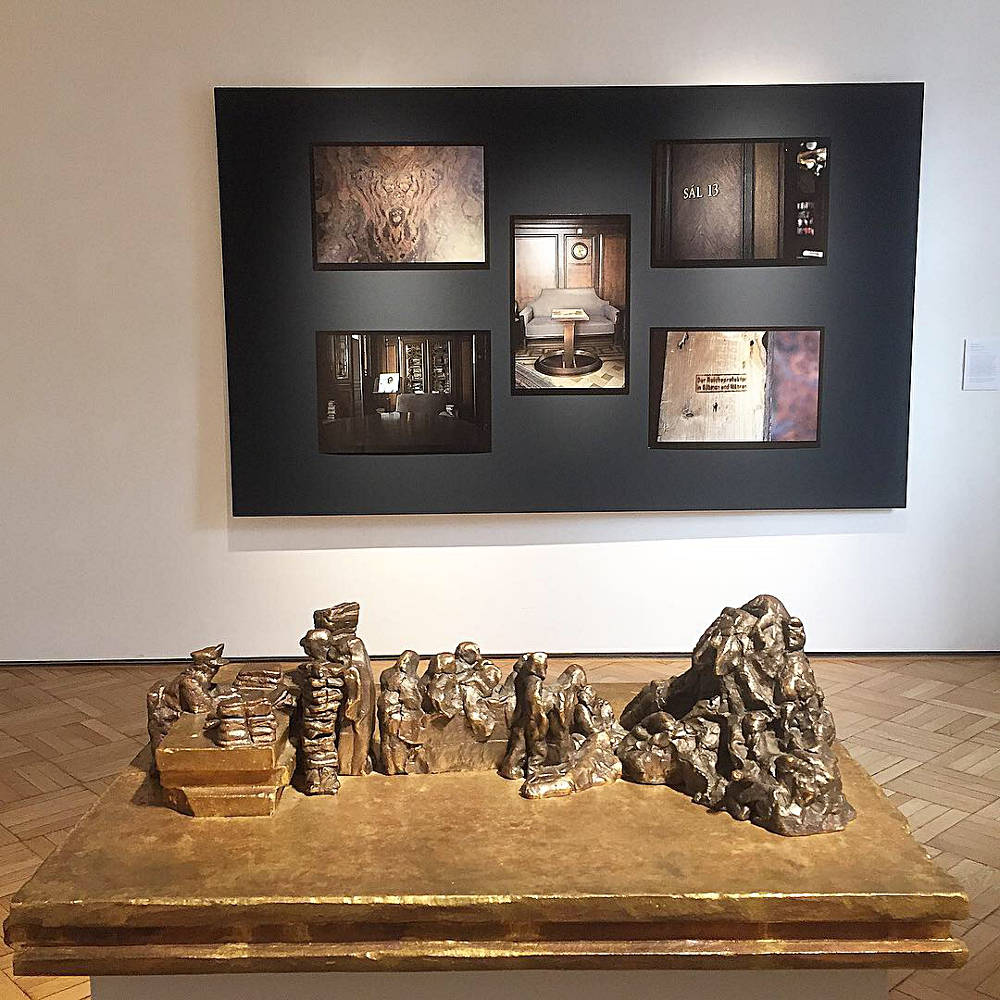 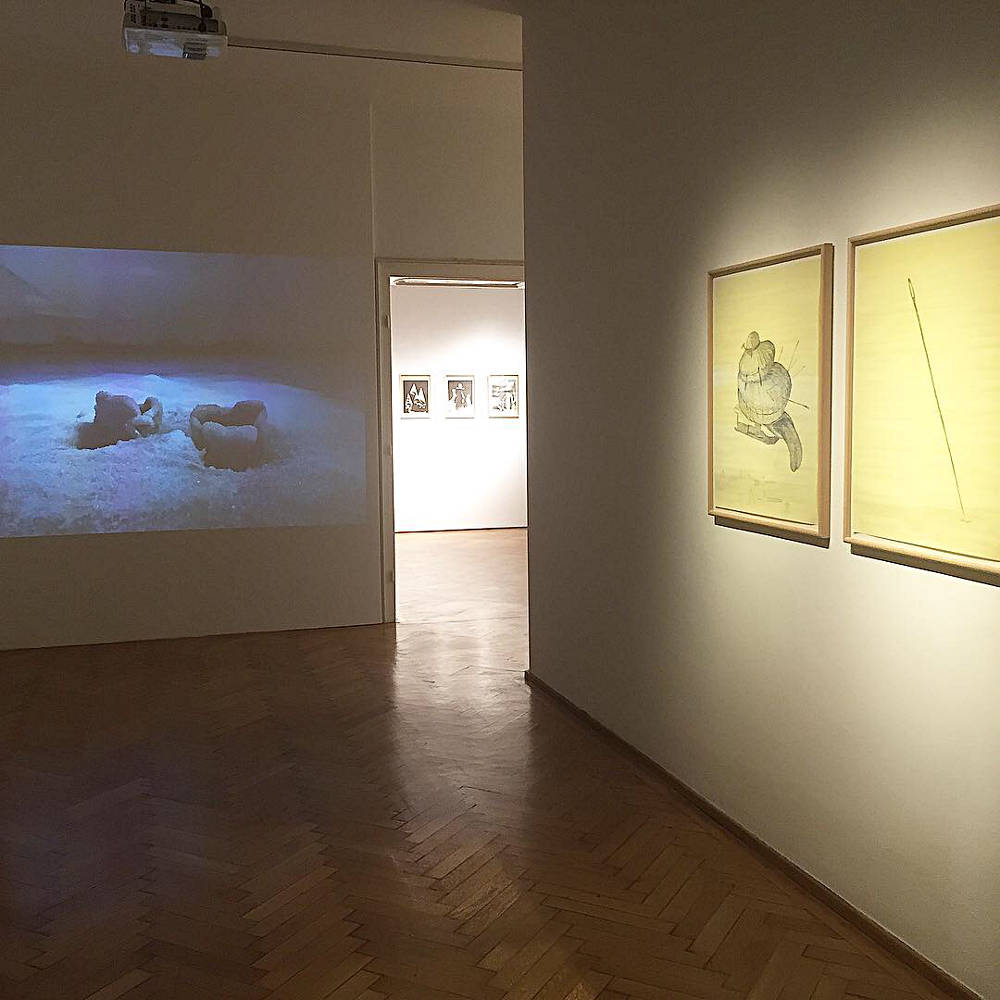 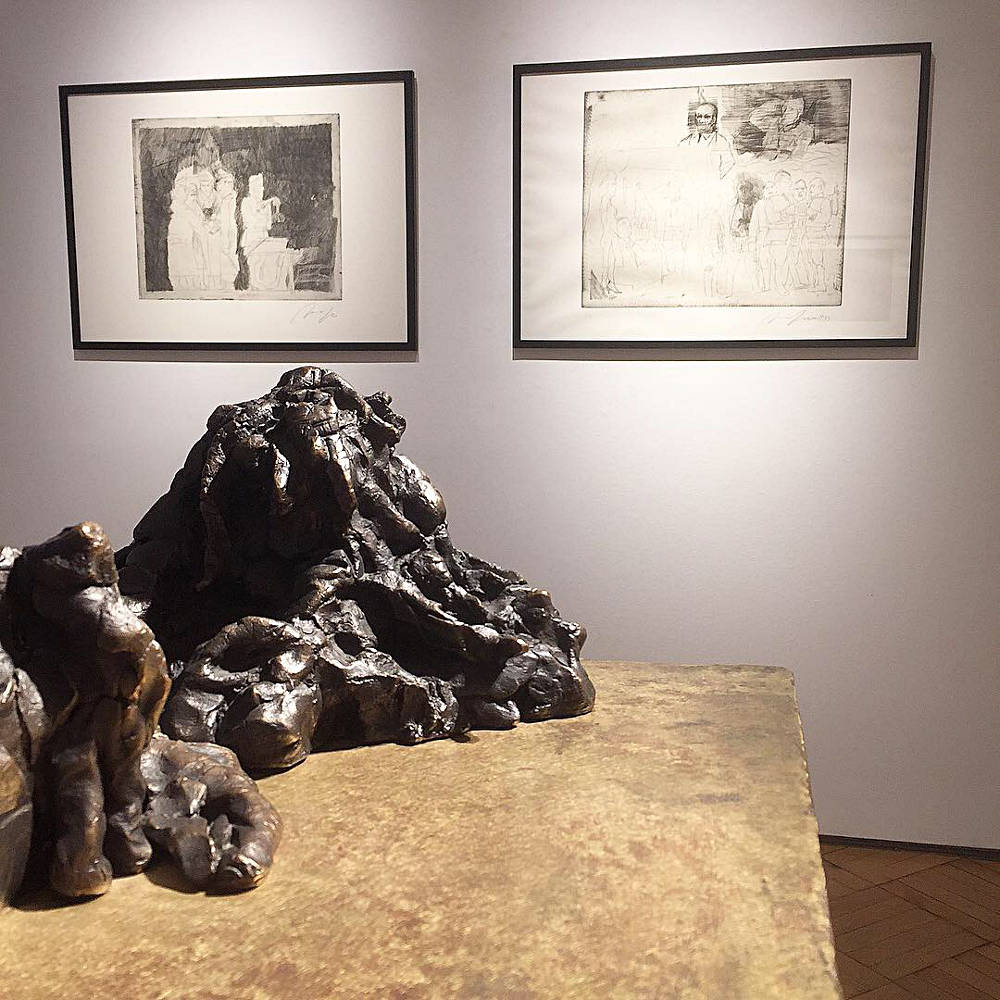 How Banal Is Evil?
Curated by Katarzyna Uszynska

In her famous book “Eichmann in Jerusalem: A Report on the Banality of Evil”, Hannah Arendt no longer analyses evil merely as a part of an ideology, a world view or a system, but rather as an everyday phenomenon that can take effect in every fellow human being – and in oneself – due to a lack of willingness to take responsibility for one’s own actions. In her sensitive drawings, which are to be read as thought-images and associations with regard to the texts of Hannah Arendt, Maria Bussmann creates open comments relating to the author’s philosophical writings. Similarly, Mikołaj Małek’s gouache paintings were also inspired by Arendt’s publications. By incorporating her texts in his gouache works, he extracts them from their original context and underscores the continuity of evil, the “dark times” and the inevitability of historic recurrence.
Alfred Hrdlicka’s oeuvre can be regarded as a perpetual plea against a world of bourgeois coldness and bureaucratic misanthropy; as a constant accusation of a society that denounces compassion as superfluous and humaneness as inefficient. The exhibition presents his sculpture “The Desk Perpetrator”, which unmasks Eichmann’s world as the spawn of bourgeois coldness that replaces humanity and empathy with ideological rigidity and organisational efficiency. His etchings relating to the topography of terror amplify Hrdlicka’s fervent appeal against fascism, war and violence, false heroism, conformity and opportunism.
From the outset, the Cuban artist Tania Bruguera has viewed her art as a medium for political criticism and change. Thus, she is pictured sitting at home in an armchair and reading aloud from Hannah Arendt’s book “The Origins of Totalitarianism”, recording herself with a microphone. The text is superimposed with the sounds of a bar and construction – or rather deconstruction – noise in the street. In this way, her recitation turns into a symbol of the fight for the freedom of thought and words, as well as the corresponding reactions of totalitarian systems. This performance was preceded by her work “Tatlin’s Whisper No. 6”, staged in Revolution Square in Havana, where she invited people to voice their political opinions and insist on their right to critical dissent via a microphone; a public intervention that ended with her arrest and subsequent placement under house arrest.
The Czech photographer Alena Kotzmannova traces the ostensible normality of evil by presenting pictures of the former office premises at the Rudolfinum in Prague of the head of the Reich Main Security Office and acting Reich Protector of Bohemia and Moravia Reinhard Heydrich, who was responsible for horrible war atrocities and crimes against humanity in connection with the Holocaust. An enthusiast for classical music, he nevertheless installed his office at the Rudolfinum so as to be able to attend rehearsals and performances of the orchestra at any given moment.
In her video “Salted Lake” (2011), in which she melts the snow of the Polish winter using boots overgrown with salt crystals from being submerged in the Dead Sea, the Israeli artist Sigalit Landau questions and challenges the hackneyed, trivializing treatment of the Holocaust.

Courtesy of the artists and Galerie Ernst Hilger, Vienna