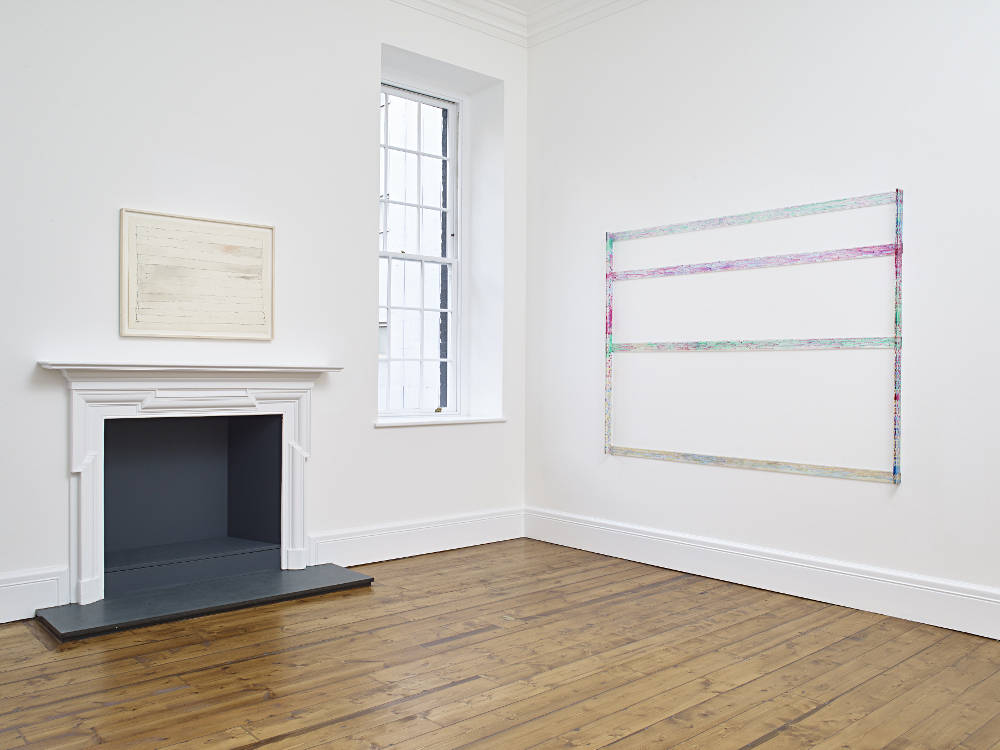 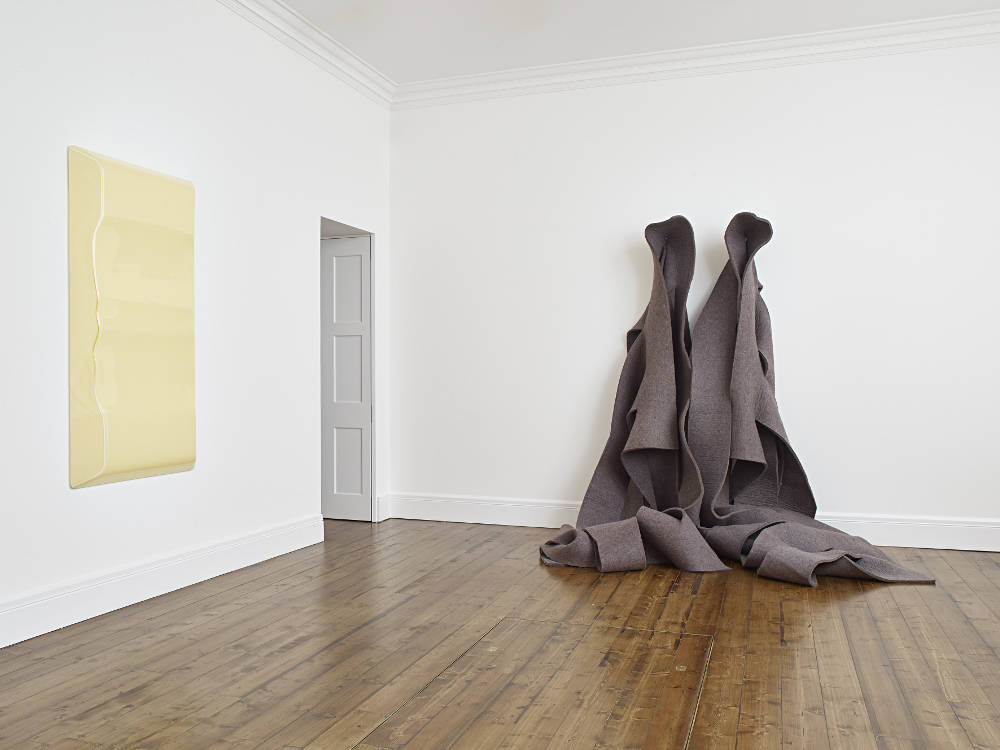 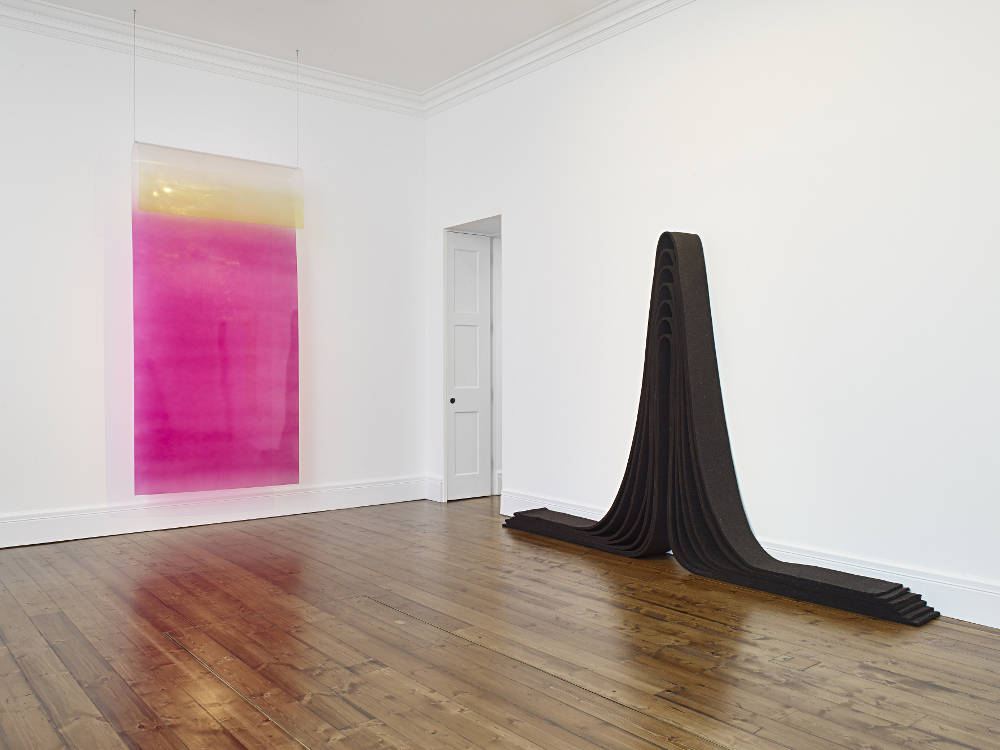 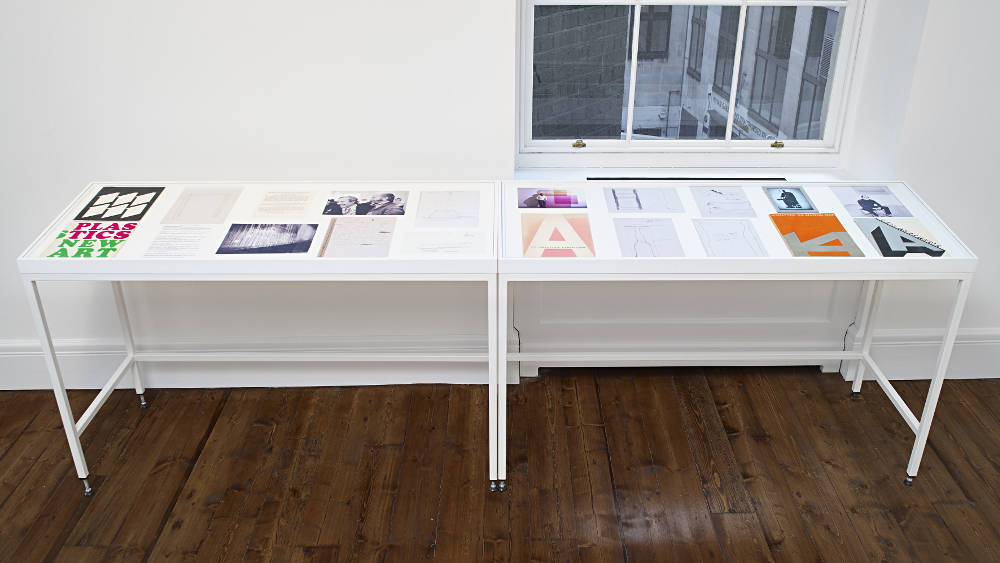 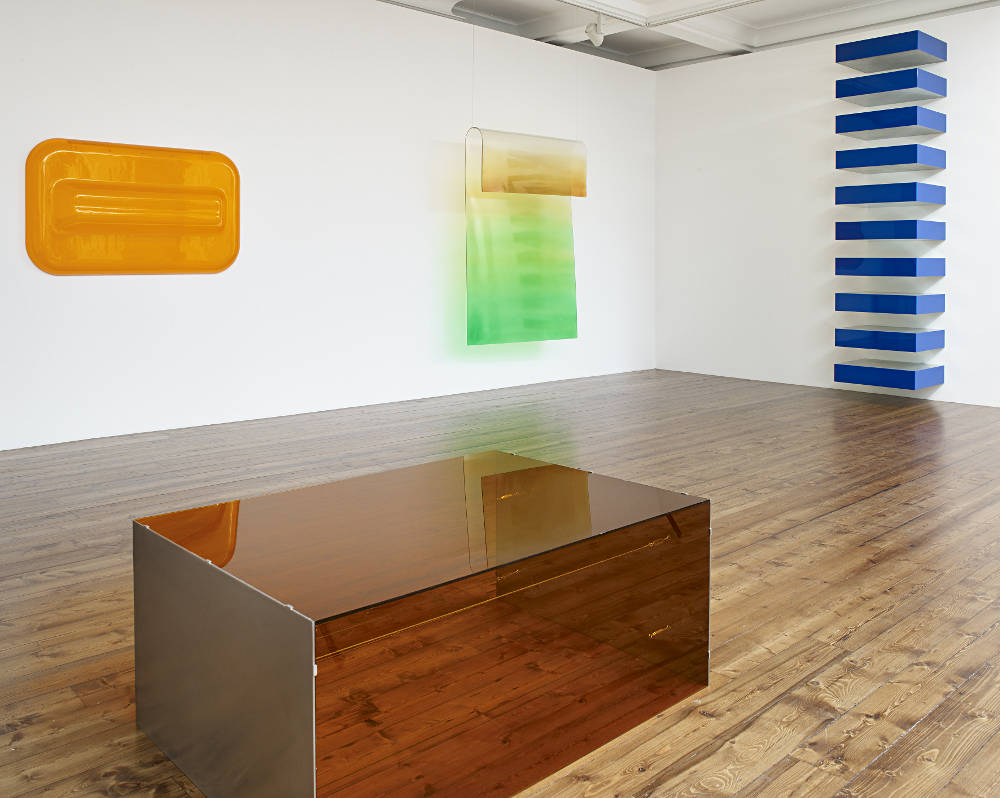 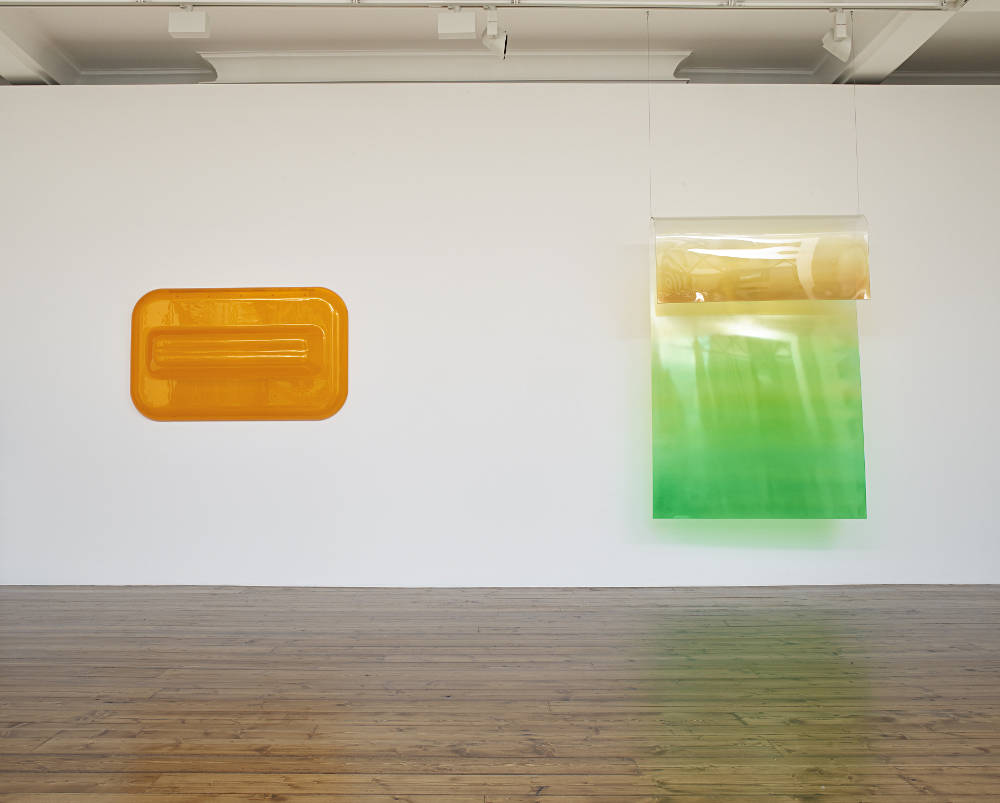 The show presents six works from Kauffman’s fertile period of 1966—1971, when he addressed the issues of structure and form in painting, the use of industrial materials, painting’s relationship to the wall, and dematerialisation. His work is contextualised by the inclusion of the stack piece Untitled (Bernstein 80-4) (1980) and the floor piece Untitled, DSS 234 (1970) by Donald Judd and the two felt works Untitled (1968) and Fountain (1971) by Robert Morris, as well as supplemental materials from the Kauffman archives. The exhibition presents the three artists together for the first time in Europe, and is Kauffman’s debut exhibition with the gallery in London.

Although primarily known as a Los Angeles based artist, Craig Kauffman had a long history of engagement with the New York scene. In 1967, Kauffman relocated to New York, encouraged by the successes of his recent exhibitions in the city. While there, he began a friendship with Donald Judd, the artist who coined the phrase “specific objects” to describe his own work, a format which operated between painting and sculpture. Like the work of Judd, Kauffman’s three-dimensional plastic paintings occupy this liminal category. Their volume suggests that they are sculpture, but their presence on the wall reinforces their status as paintings. The unity of colour and form, achieved through the use of industrial materials, is another point of similarity between the two artists’ objectives.

Kauffman’s move to New York also reignited his friendship with Robert Morris, whom he had met in San Francisco ten years earlier. Their frequent discussions resulted in a short lived collaboration for the exhibition Using Walls (Indoors) at the Jewish Museum in 1970, which remained open for only one day, and which Kauffman described as a combination of both of the artists’ ideas. Only a few years prior, Morris begun making process-oriented felt pieces, in which he hung strips of industrial felt on the wall and allowed gravity to determine their shape. This influenced Kauffman’s conception of his series of Loops, in which sheets of spray painted Plexiglas seem to casually droop over a wire.

In Kauffman’s work, the environment constantly shifts as the viewer moves around each object. The light that moves across the curved edges of each piece facilitates the full comprehension of their forms. This draws comparisons to Morris’s own textual formulations in his influential Notes on Sculpture series, which advocated a phenomenological reading of the art object, how they change under varying conditions of light and space. The coloured shadows of the hanging Loops and the cast plastic forms that project into space directly implicate both the viewer and their supports.

Two of the earliest works from 1966 demonstrate how Kauffman addressed some of the issues which were important to Minimalist art and theory: seriality, industrial multiples, and anonymity. But where the New Yorkers’ opted for material and formal austerity—Kauffman’s supple plastic works were coloured and full of curves.

This exhibition is curated by Frank Lloyd, and follows Craig Kauffman: Works from 1962 – 1964 in dialogue with Francis Picabia and Marcel Duchamp, Sprüth Magers debut of the gallery’s representation of the Estate of Craig Kauffman in Berlin in 2016. The show is timed to run concurrently with the gallery’s Los Angeles presentation of Robert Irwin, who, along with Kauffman, was a major force in the definition of art from Los Angeles in the 1960s.