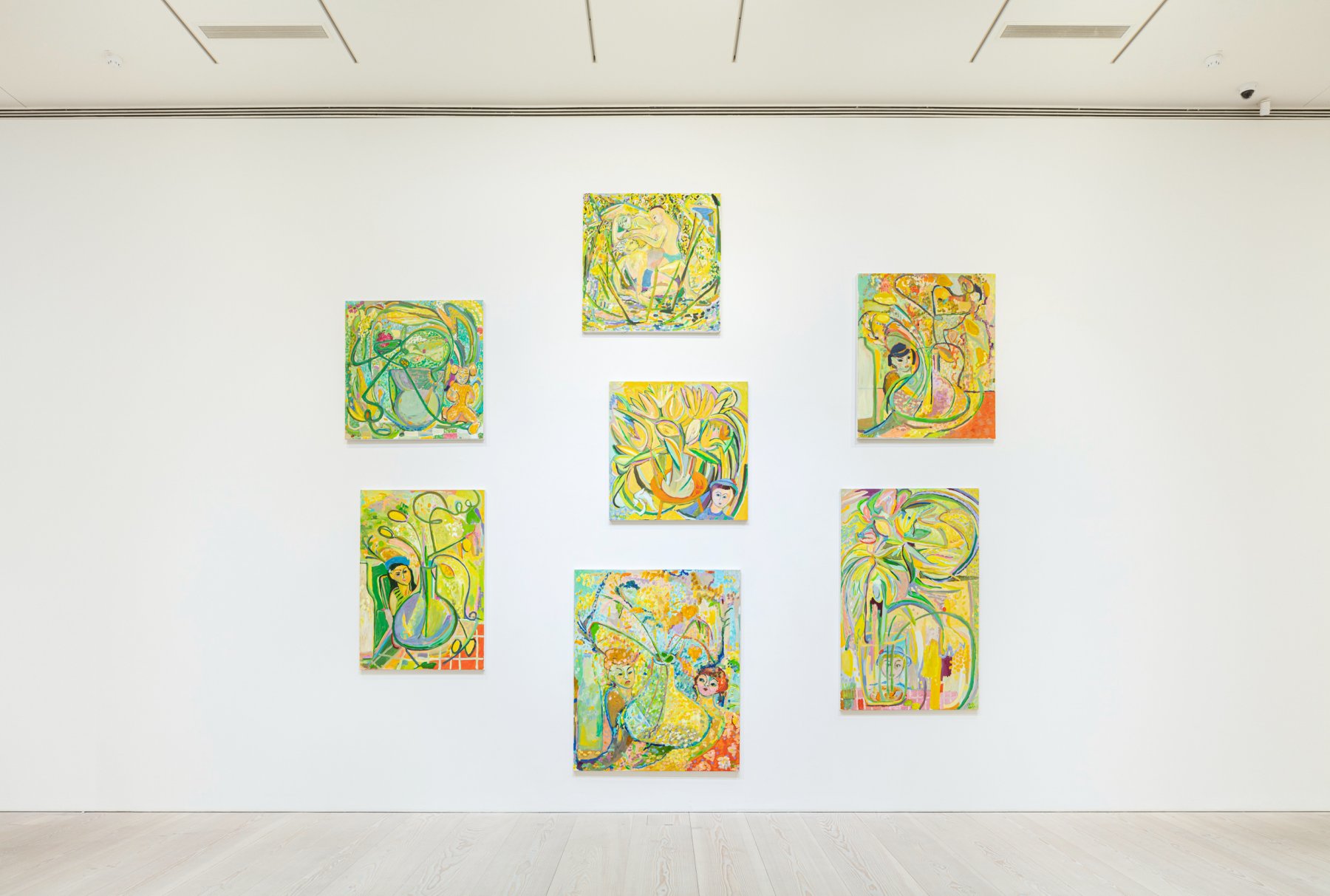 Cris af Enehielm (b. 1954) is often described using adjectives such as pioneering and multi-talented. She has achieved acclaim not only as a contemporary artist but also as an actor, director, scriptwriter, dancer, costume designer, scenographer, and leading protagonist in Finnish performance art. Af Enehielm made her artistic breakthrough in the early 1980s with her bold representations of womanhood, earning a reputation for radicalism among a generation of young woman artists whose thematic concerns revolved around issues of gender.

Af Enehielm is known for her intense treatment of color, which harks back to earlier periods in art history, especially the fin de siècle era and the stylistic influence of artists such as Paul Gauguin (1848-1903) and Henri Matisse (1869-1954). In addition to soaking up historical influences, af Enehielm also draws inspiration from comic strips, Pop Art, and portrayals of women in advertising imagery. Her work is infused with joie de vivre, and this joyous warmth is especially tangible in her most recent work. A playful approach also characterizes her process, which consists of experimentation with various styles and techniques, with color functioning as the connecting thread in her heterogeneous oeuvre.

Cris af Enehielm studied at Helsinki’s Free Art School (1974-1977), the University of Industrial Arts (1978-1979), and the Theatre Academy (1979-1983). Her work is found in collections including the Museum of Contemporary Art Kiasma, the Amos Anderson Art Museum, the Saastamoinen Foundation, the Helsinki Art Museum, and the Swedish Cultural Foundation. Af Enehielm is based in Helsinki.