“The original field of aesthetics is not art but reality-corporeal, material nature. As Terry Eagleton writes: “Aesthetics is born as a discourse of the body”. It is a form of cognition, achieved through taste, touch, hearing, seeing, smell – the whole corporeal sensorium. The terminal of all of these-nose, eyes, ears, mouth, some of the most sensitive areas of skin-are located at the surface of the body, the mediating boundary between inner and outer. This physical-cognitive apparatus with its qualitatively autonomous, nonfungible sensors (the ears cannot smell, the mouth cannot see) is ‘out front’ of the mind”
– Susan Buck-Morss, Aesthetics & Anesthetics, October, Vol. 62, (Autumn 1992) 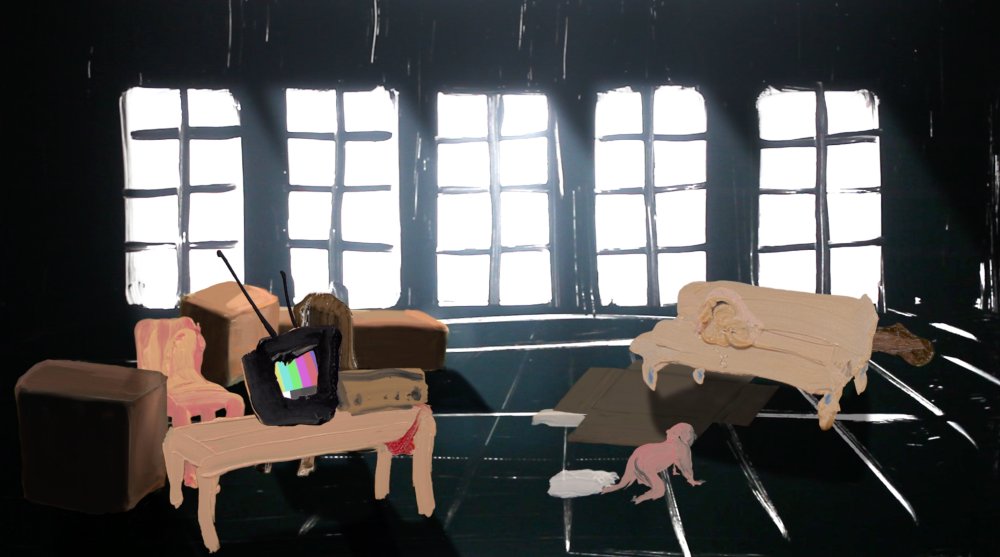 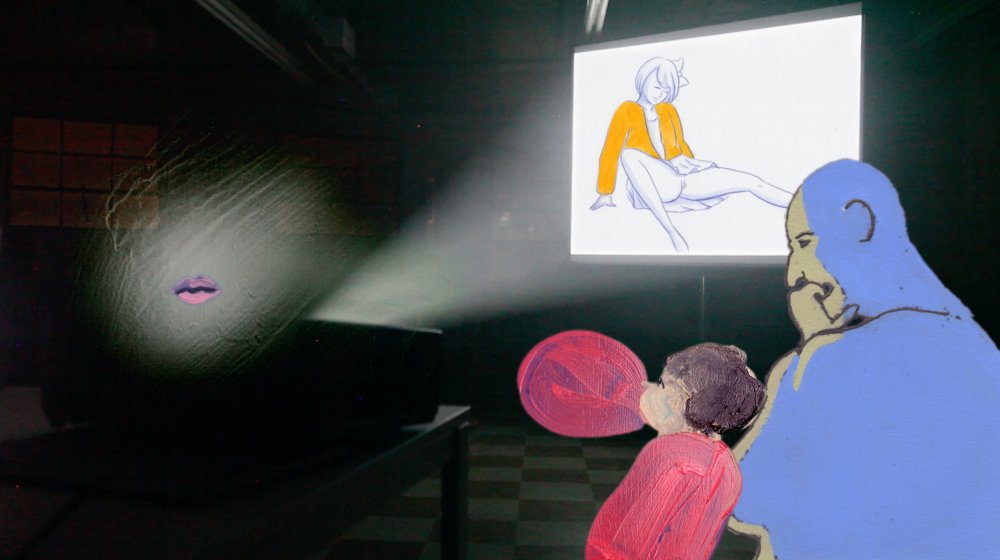 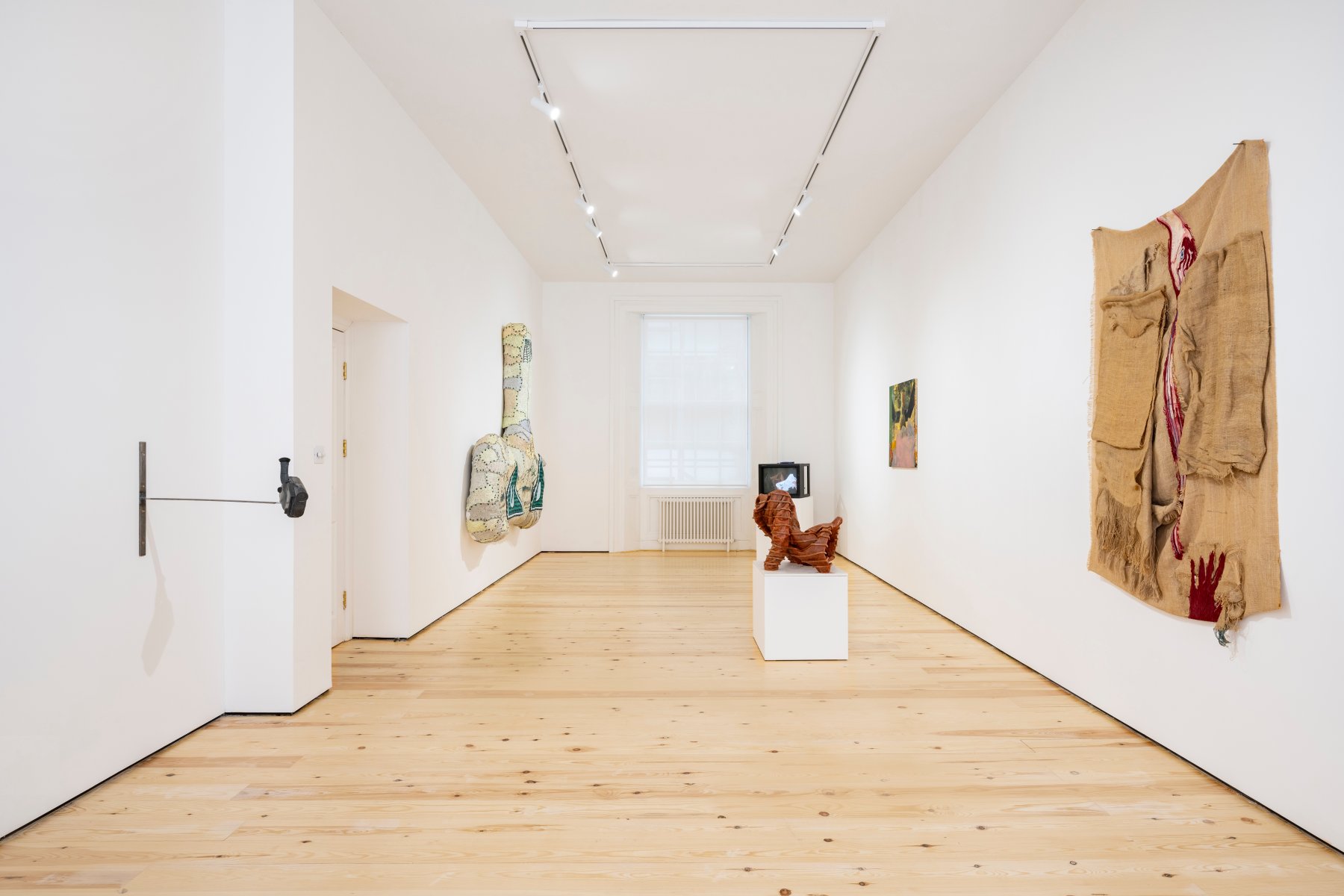 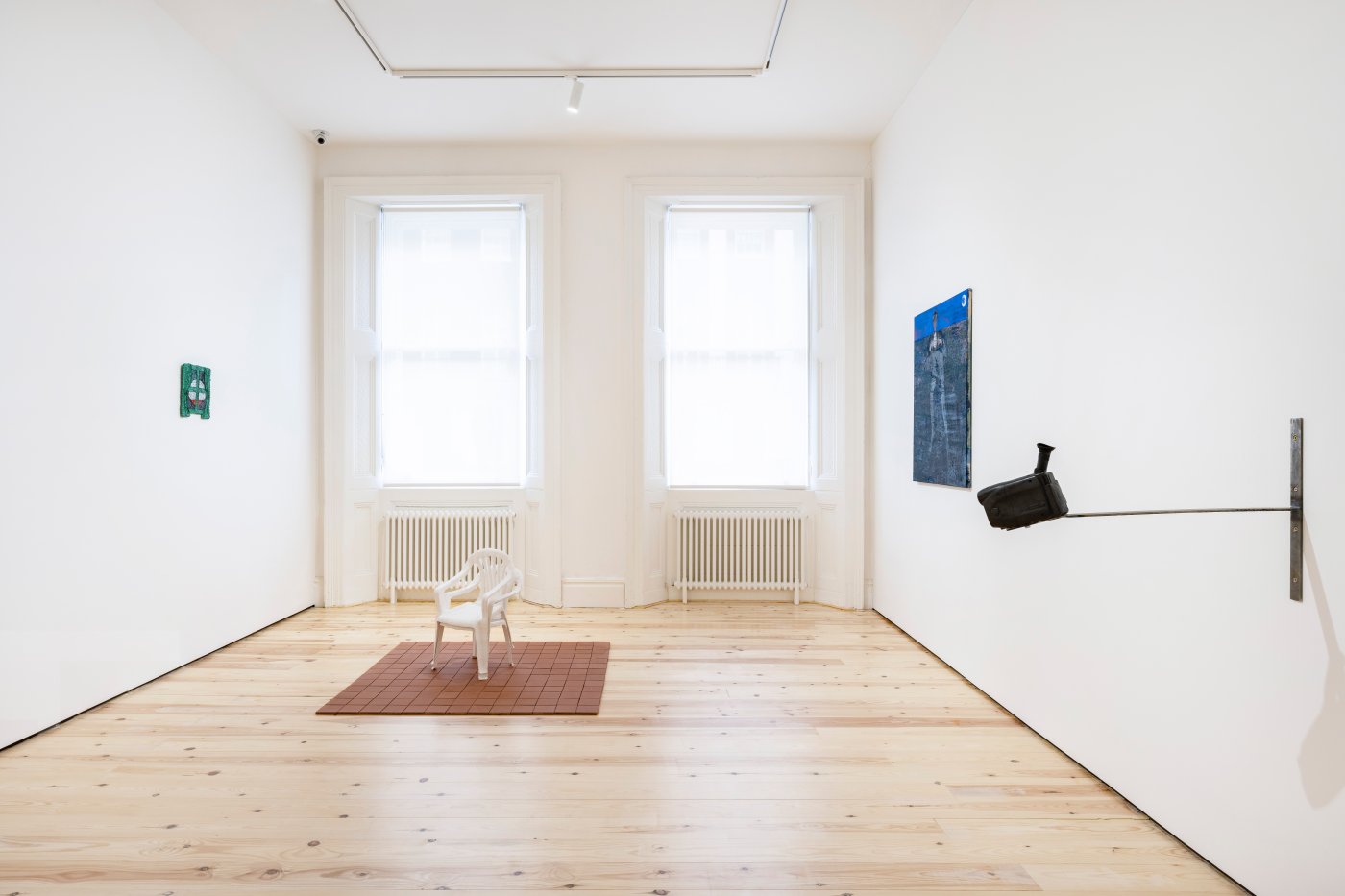 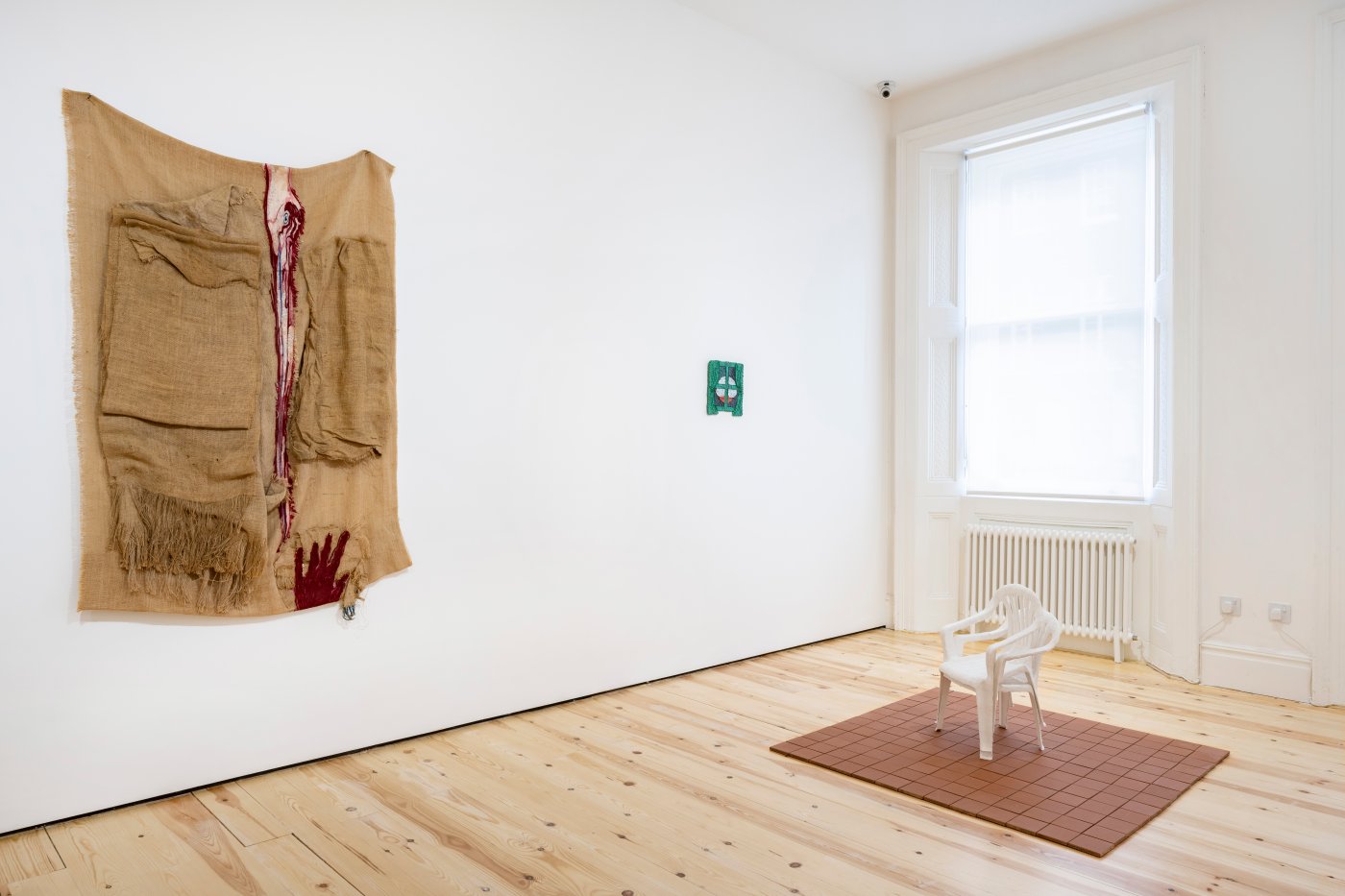 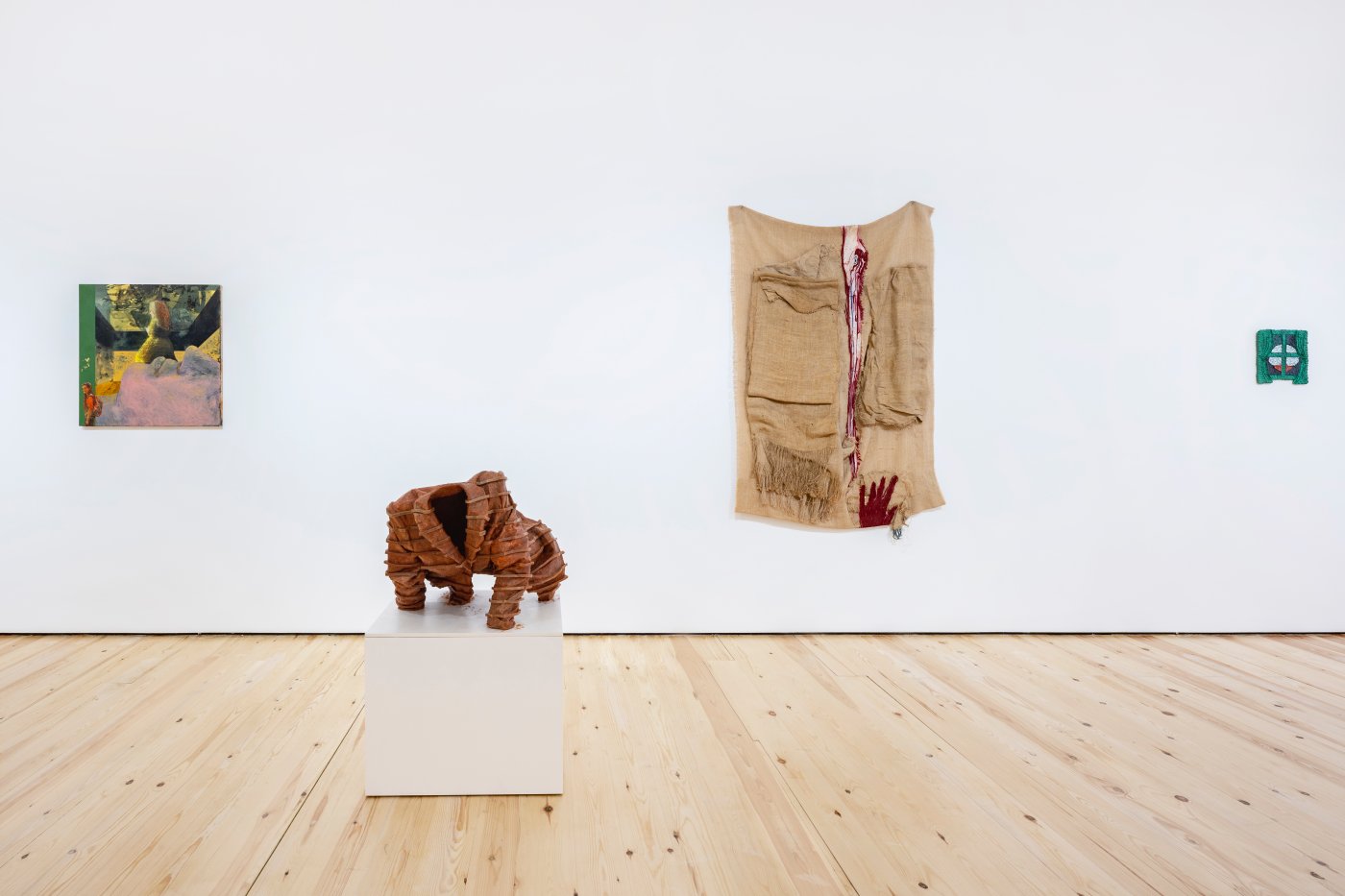 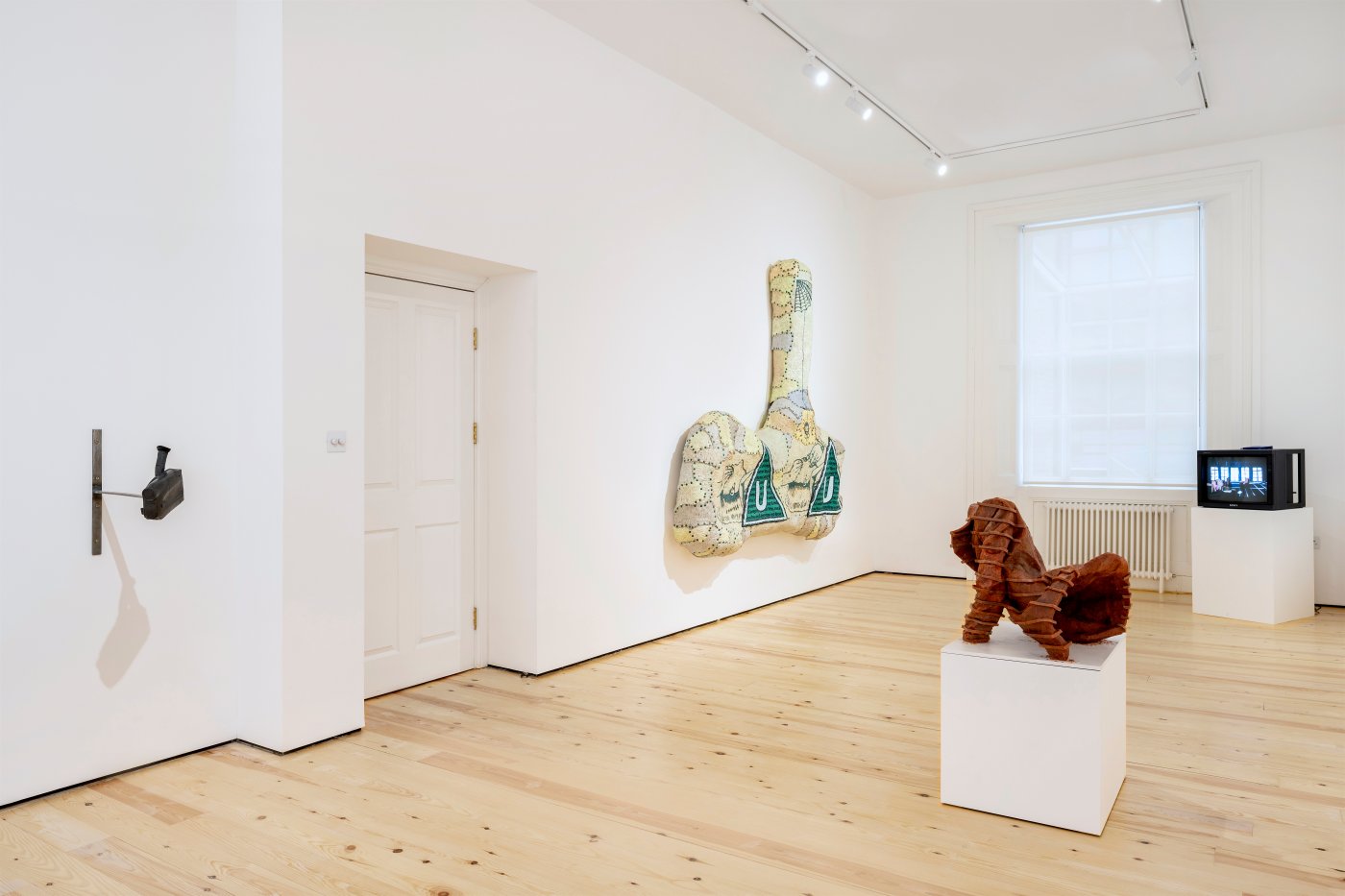 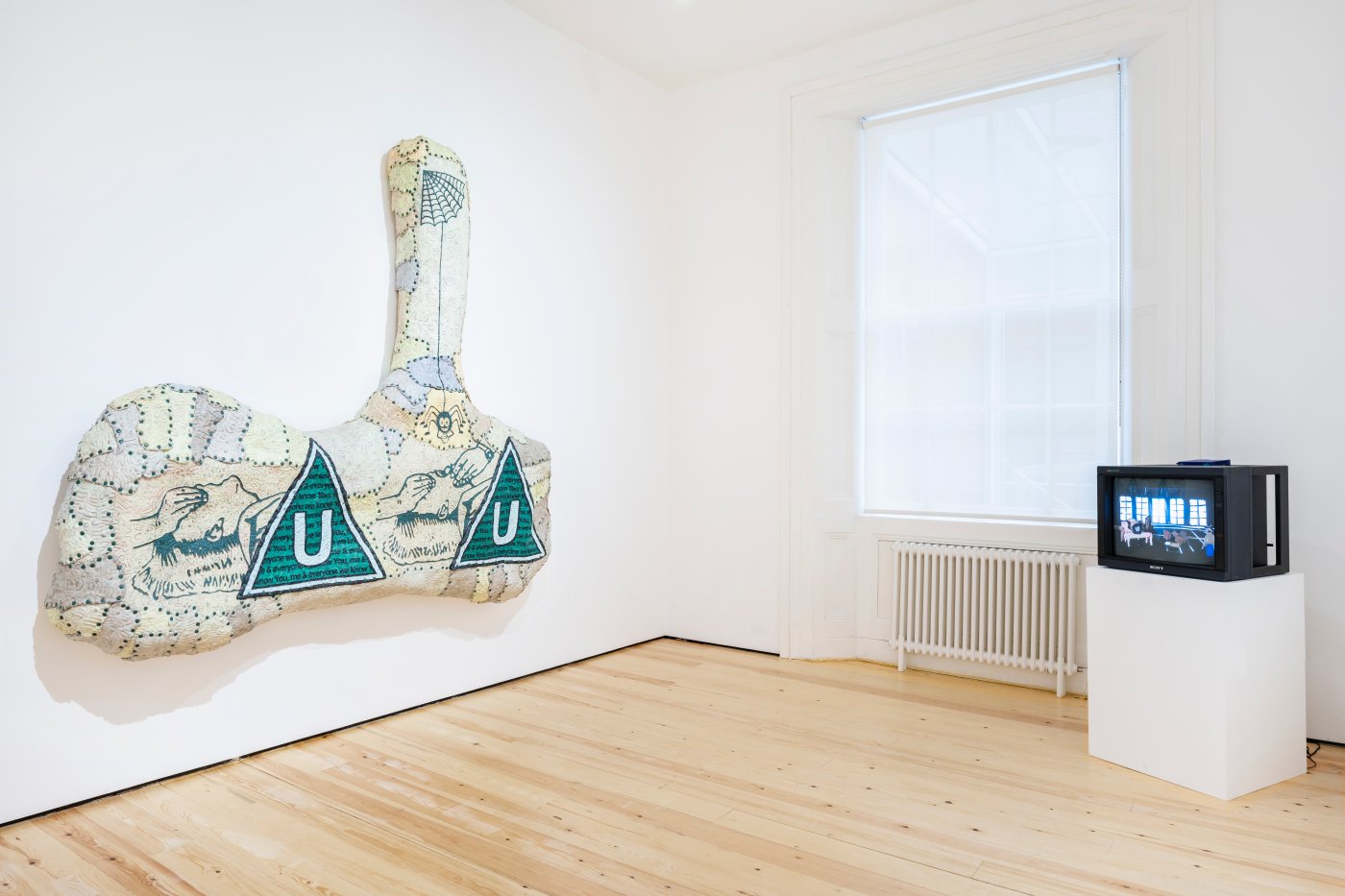 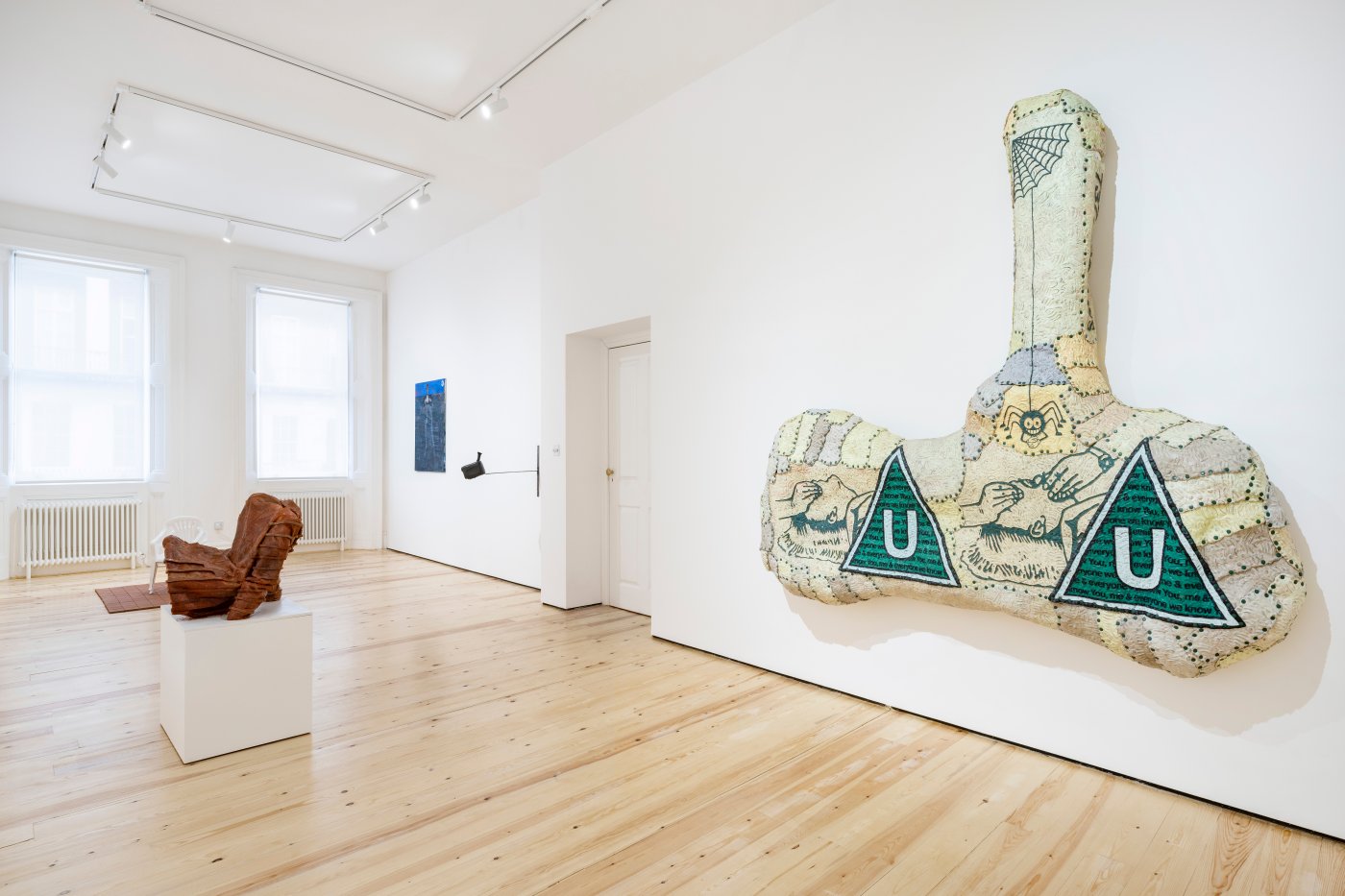 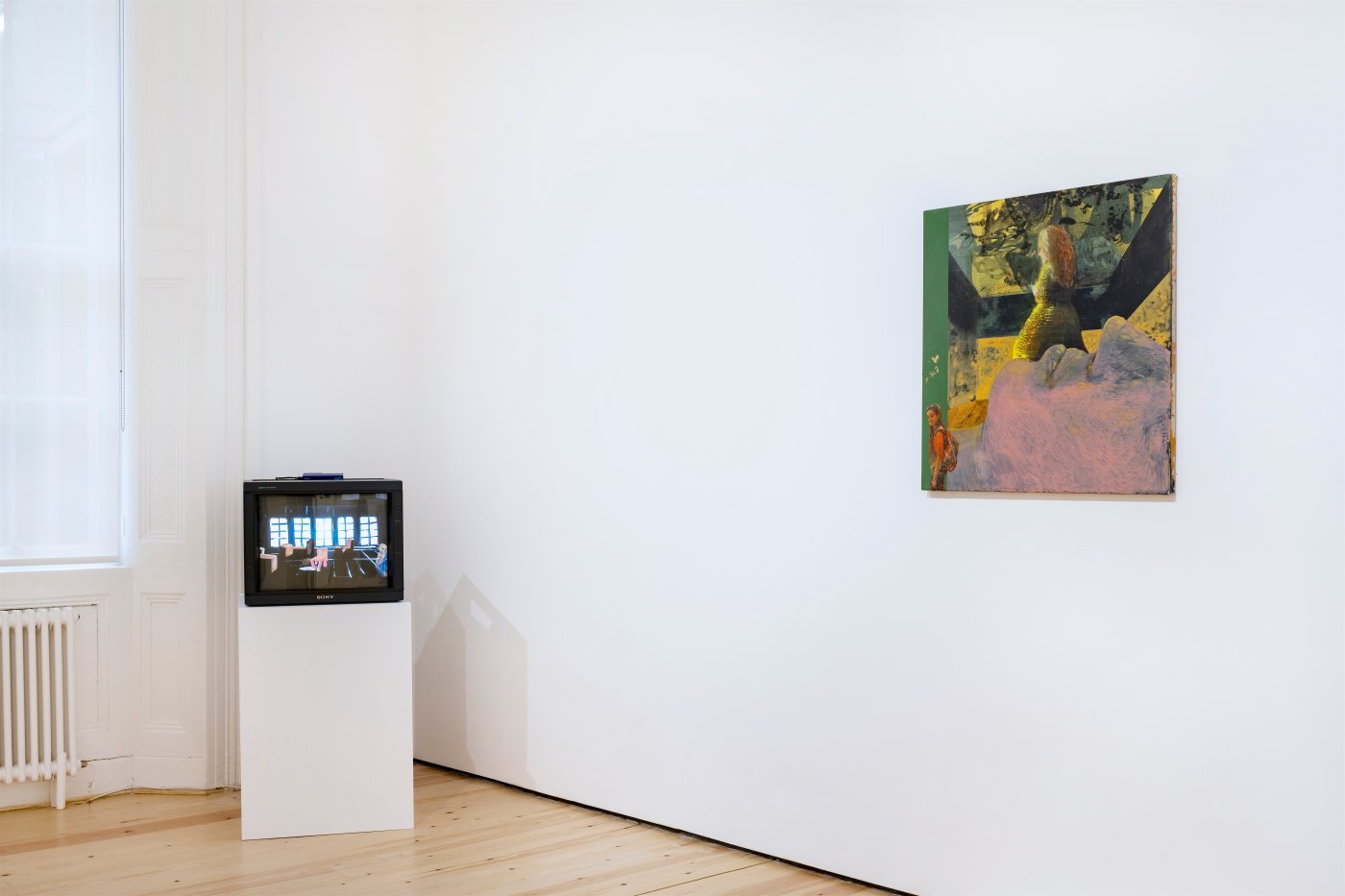 In Aesthetics & Anaesthetics, Susan Buck-Morss resuscitates a historical reading of aesthetics as a form of cognition which occasions a ‘sensible experience’ of art, a haptic event ‘perceived by feeling’.

MAMOTH is pleased to present the group exhibition Corps, which elicits such events through the creation of fictional scenarios and recurring narratives, both alluding to and interpreting the actions of bodies, using equal measures of tactility, sensuousness, black comedy, and perversity. The exhibition features the work of Christiane Blattmann, Eva Gold, Sebastian Jefford, Stanislava Kovalcikova, and Tala Madani.

By presenting objects and surfaces best described as synthetic, visceral, and porous, Corps considers a body which smells, hears, tastes, that wishes to touch and be touched. The body is shown to be a receiver of information, something which Buck-Morss encapsulates so perfectly as a ‘corporeal sensorium’.

Christiane Blattmann’s practice eschews conventional categories. Her education, which included the theoretical study of architecture, informs her approach to object making and her use of construction materials such as jute, silicon, and resin. For Corps, Blattmann includes the work Touch, 2019, in which jute is utilised like a veiled canvas onto which pigmented silicone is cast. Vampires in the Button Factory, 2020 comprises wax, pigment, jesmonite, and wire. Here, an inanimate jacket is anthropomorphised, with the textured brick pattern of the garment appearing as if it is inhabited.

Eva Gold’s works across sculpture, video, and writing, with her practice taking as its inspiration: fragments of real life and fiction, cinema, and the contradictory and fluid nature of desire, pleasure, and perversity. Gold has created the installation POV, 2021. Two scaled down patio chairs are exhibited on square tiles, watched over by a video camera, suspended on an adjacent wall. It is a clean and sparse yet psychologically loaded scene. Gold’s stage set examines the idea of voyeurism, staging the construction of power between the viewer as voyeur and the subject of their attention.

Sebastian Jefford creates artworks which activate multiple fictions and paths of inquiry. Using materials such as PU foam, plastic, wood, chicken wire, and plaster bandage, Jefford makes swollen and rounded forms, with conspicuous surfaces, celebrating the inherent comedy of circulated images. Foot, 2020 a large wall mounted bulbous limb, explores the apocryphal and disquieting claim that we all swallow spiders without realising while asleep. His second contribution, 98a (Invasive Thought), 2020 from his ‘98a’ series, performs a simulacrum of a window scene. With curtains drawn back at either side, a brain is shown floating behind a pane of glass.

Stanislava Kovalcikova’s paintings are made up of bodies in various states of physical entanglement and interdependence. With a supernatural or otherworldly quality, she draws inspiration from historical compositions. Kovalcikova has a ‘biodynamic’ approach to painting, a melding of otherness and strangeness, showing a succession of faces and persons appearing in degrees of fragility, sheepishness, anxiety, coquettishness, and desire. Painting female bodies, Kovalcikova confronts the historical weight of what were once commonly passive subjects.

Tala Madani is best known for her paintings and animations featuring a band of bald men, in gonzo set pieces, who flay their penises, urinate, shit, and undertake physical tasks. In the animation Sex Ed by God, 2017 (as per the title) a man and child are given a sex education lesson by god, with events perforating the boundary between viewer and subject, eventually culminating in an unexpected moment of bodily erasure. Similarly, in Manual Man, 2019 a series of gnomic men are shown being transmogrified, one by one, into inanimate pieces of furniture. Madani revels in the grotesque as both a poignant and melancholic device.

Courtesy of the artists and MAMOTH, London