Petzel presents a series of new paintings by Berlin-based artist Corinne Wasmuht, on view at the gallery’s new Chelsea location. The show marks Wasmuht’s fifth exhibition with the gallery. 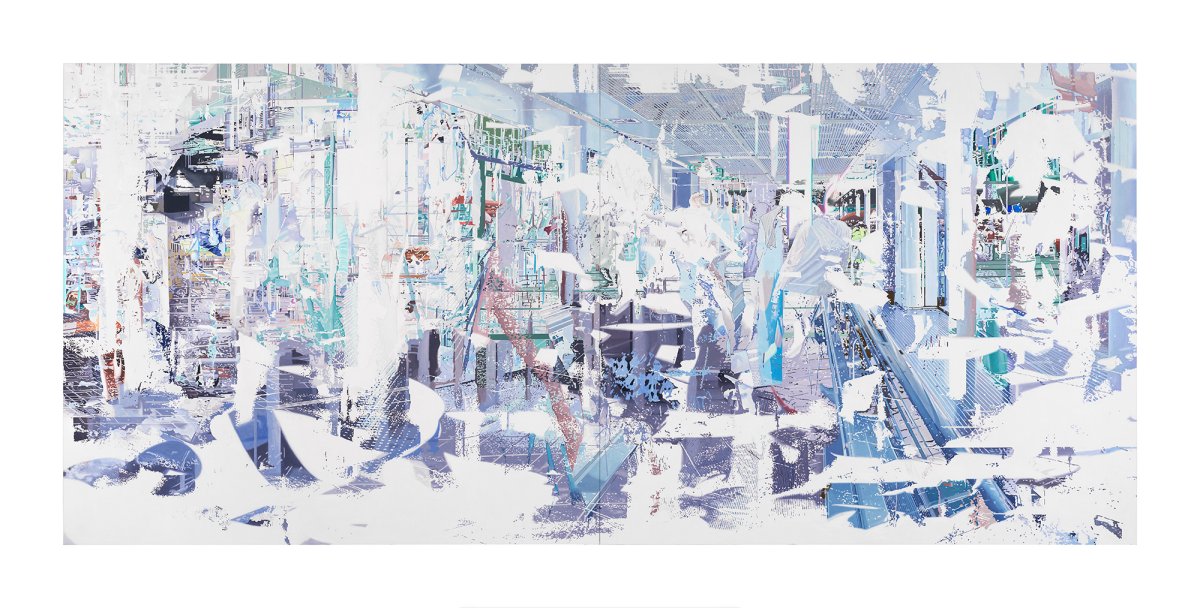 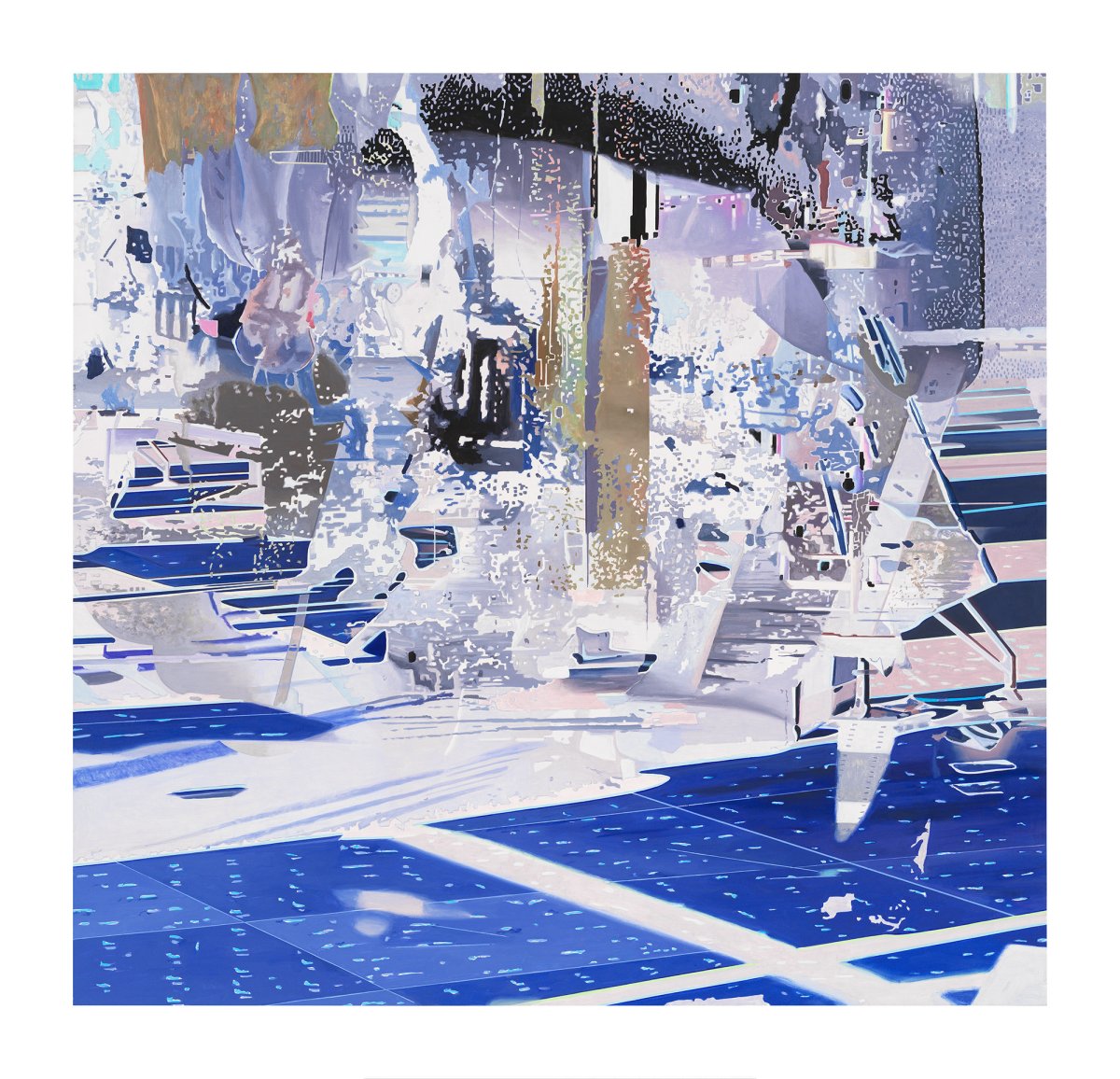 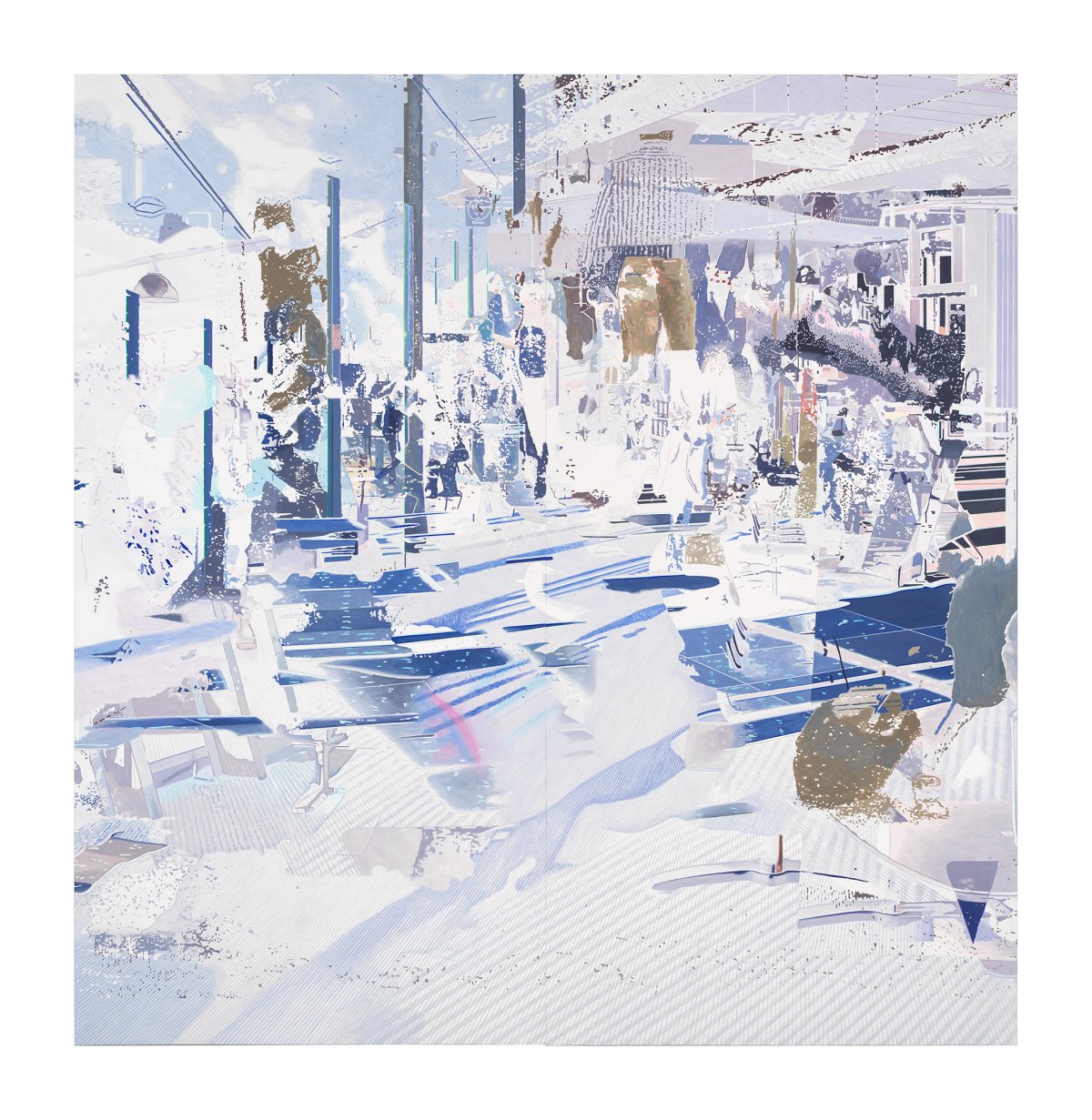 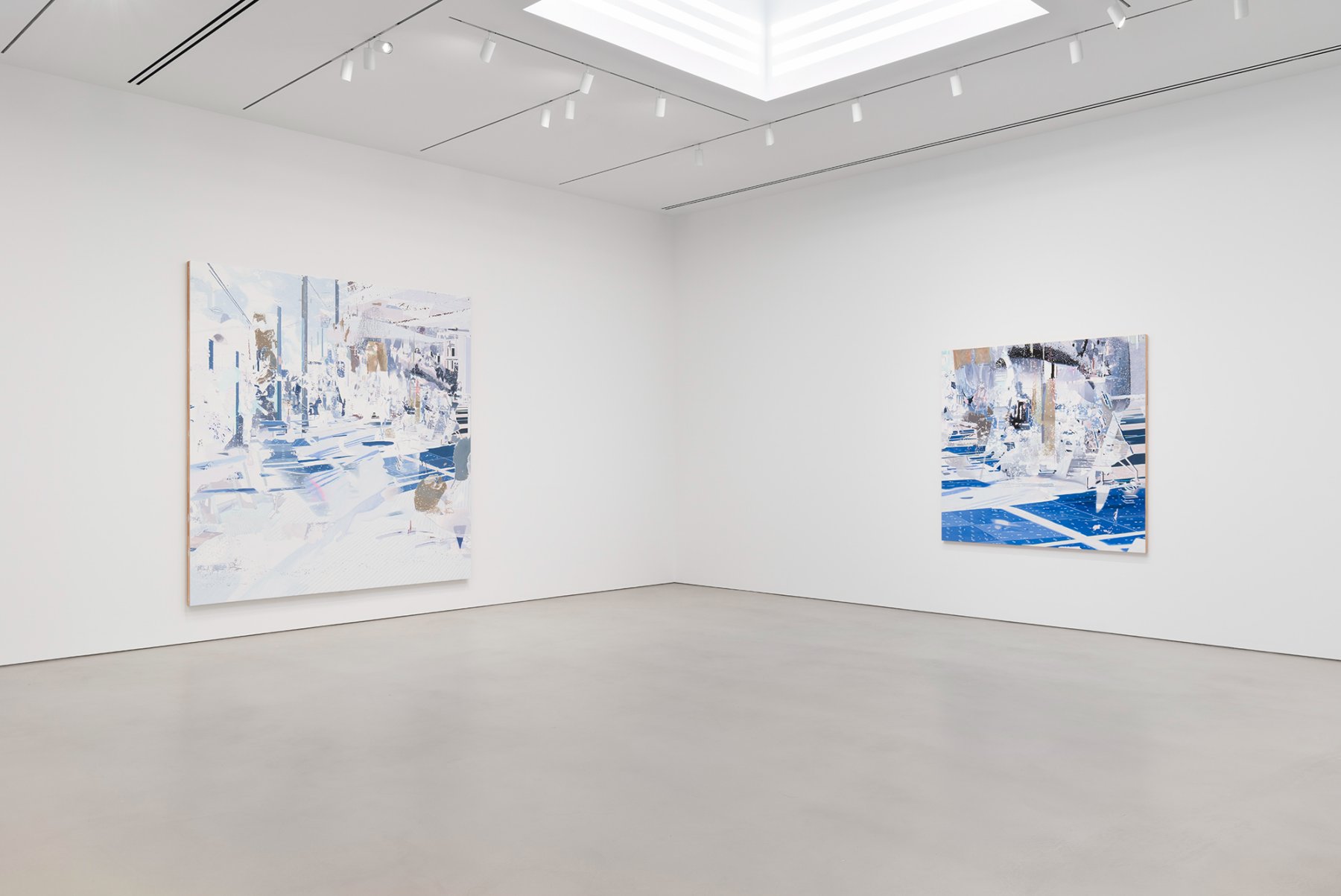 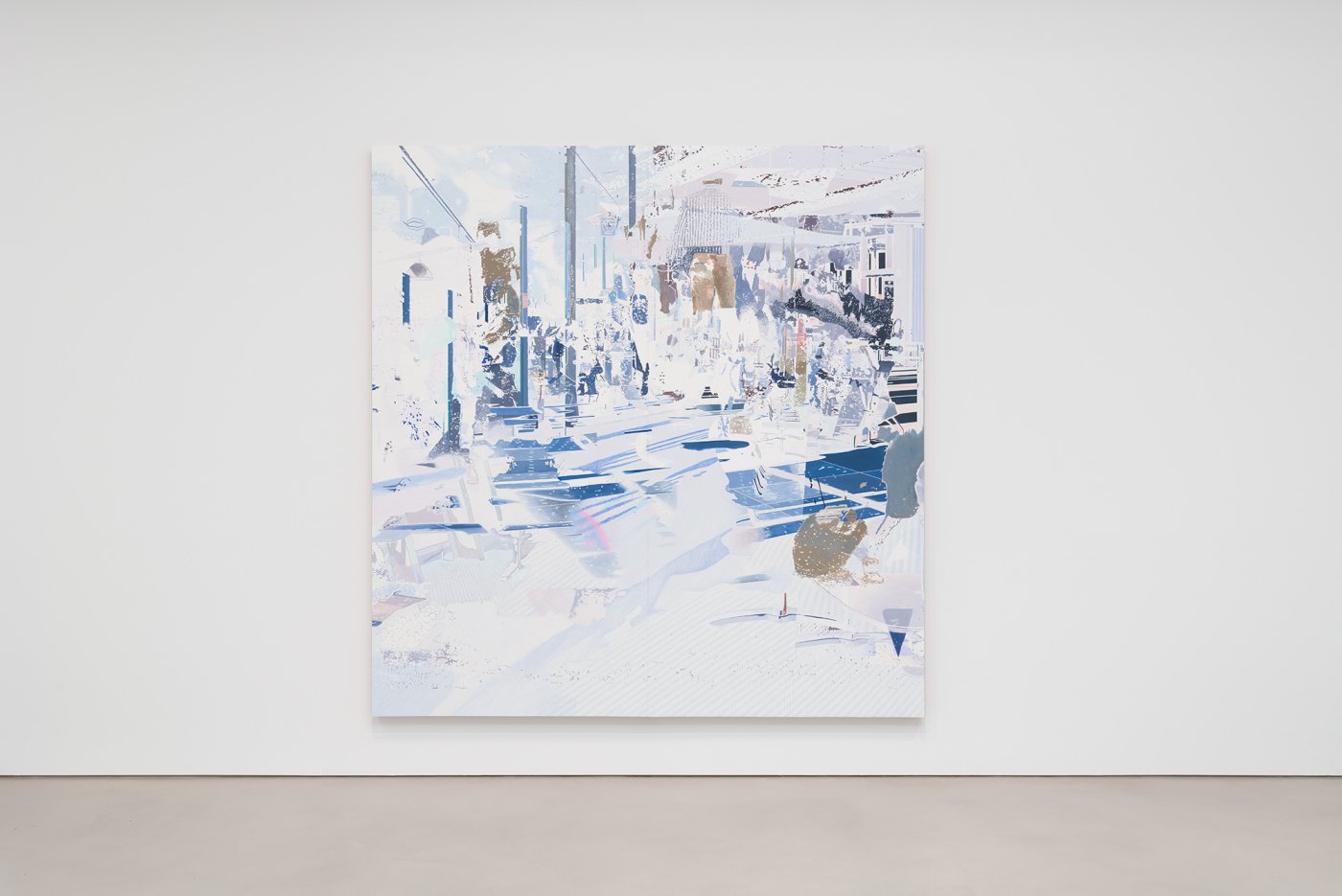 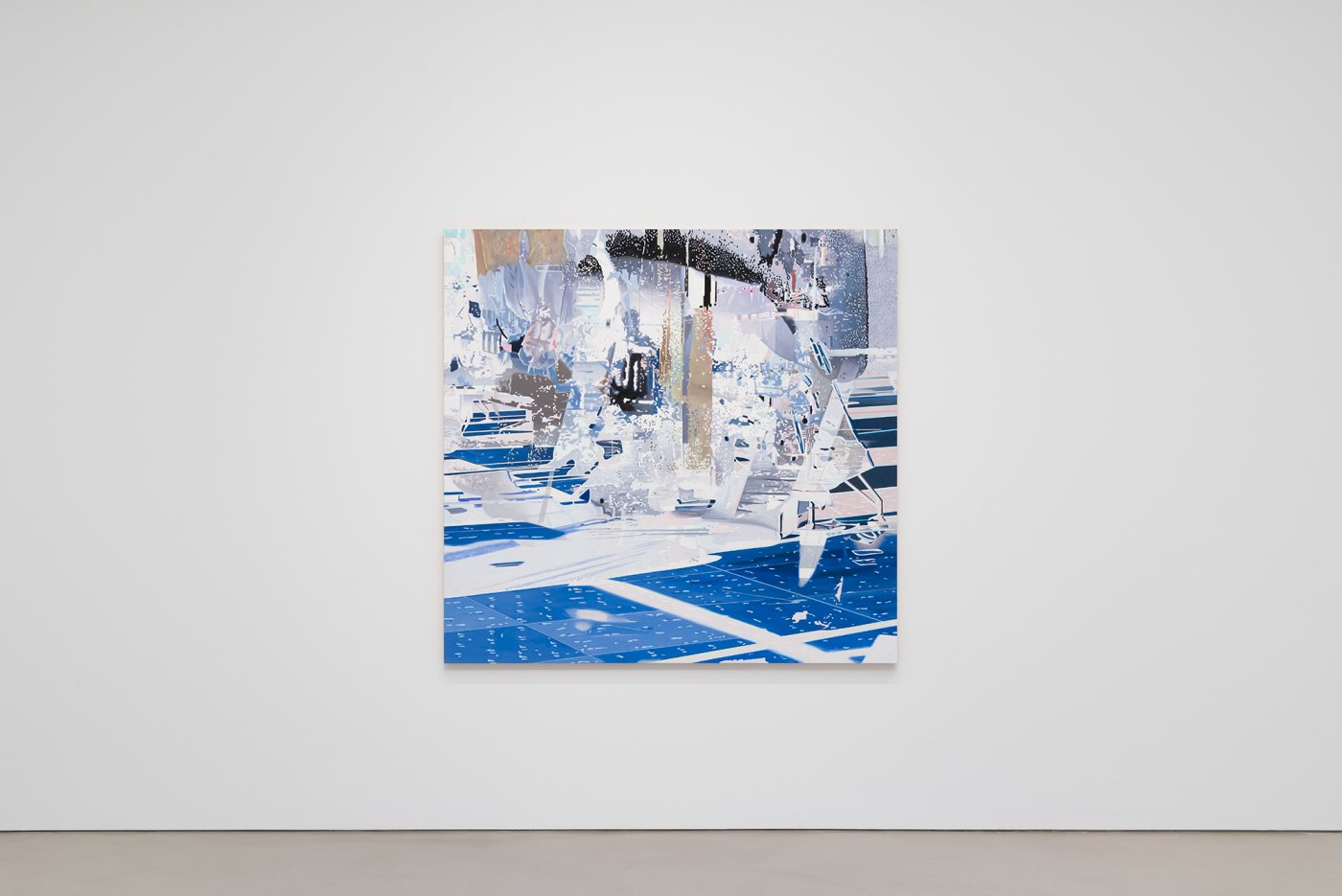 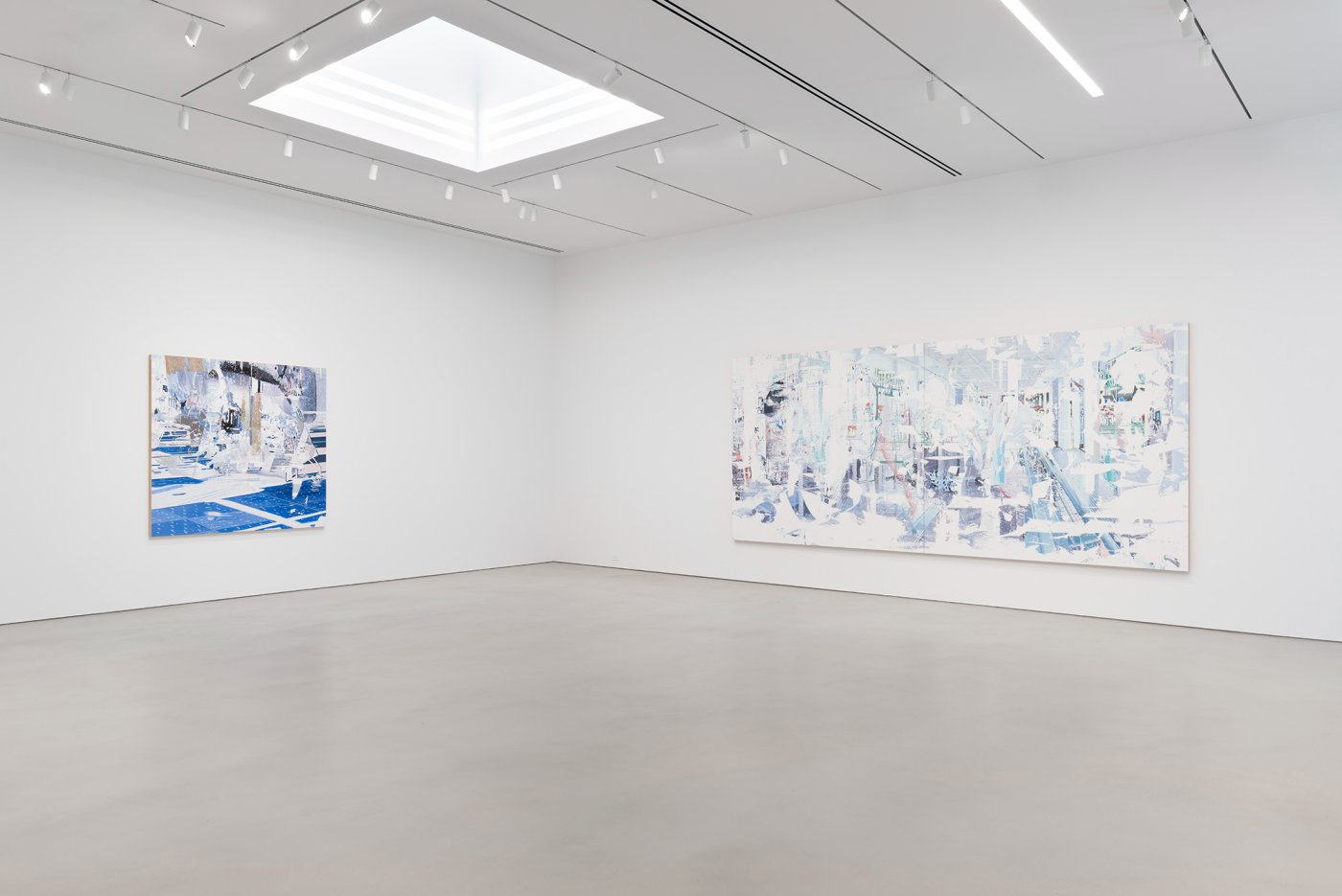 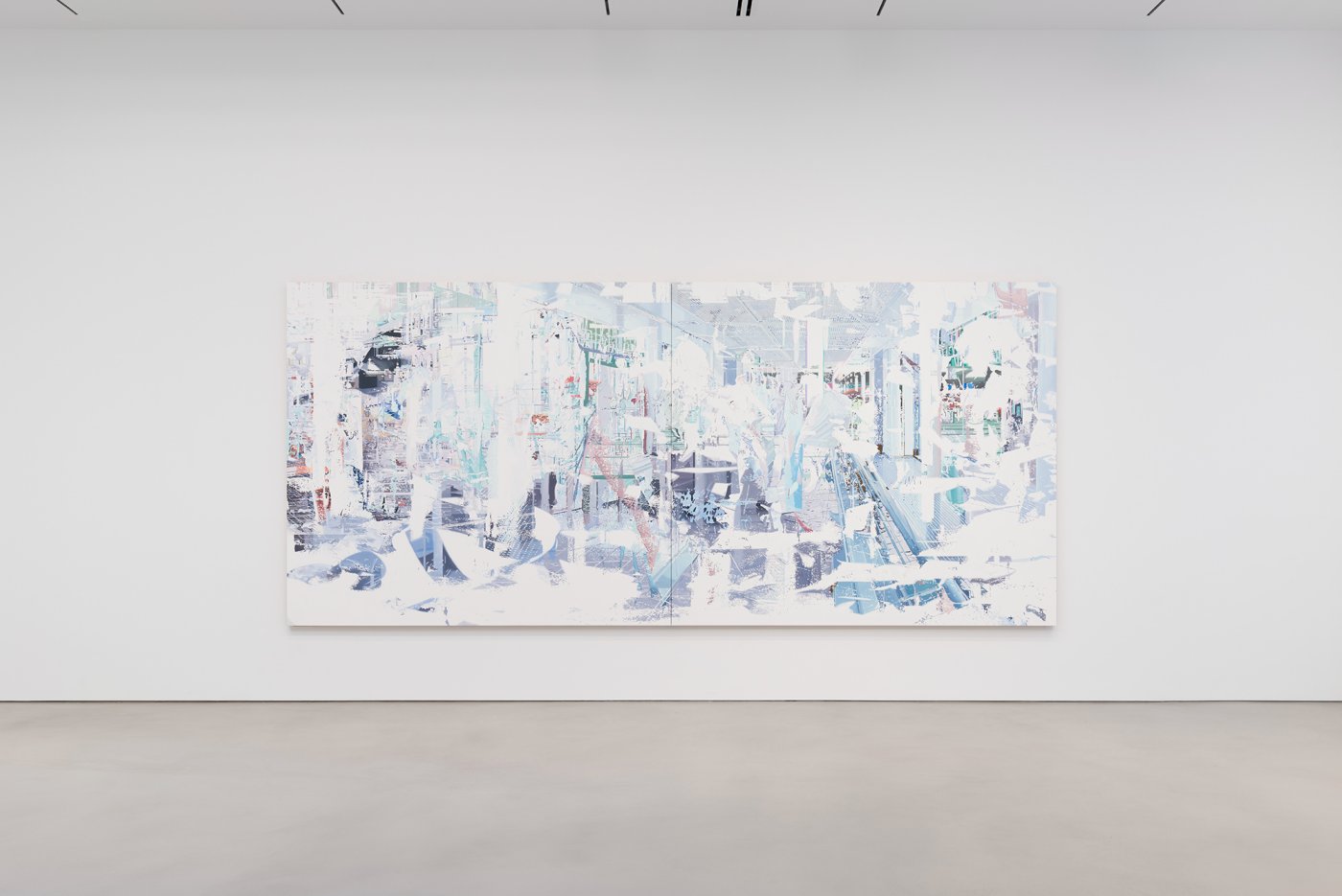 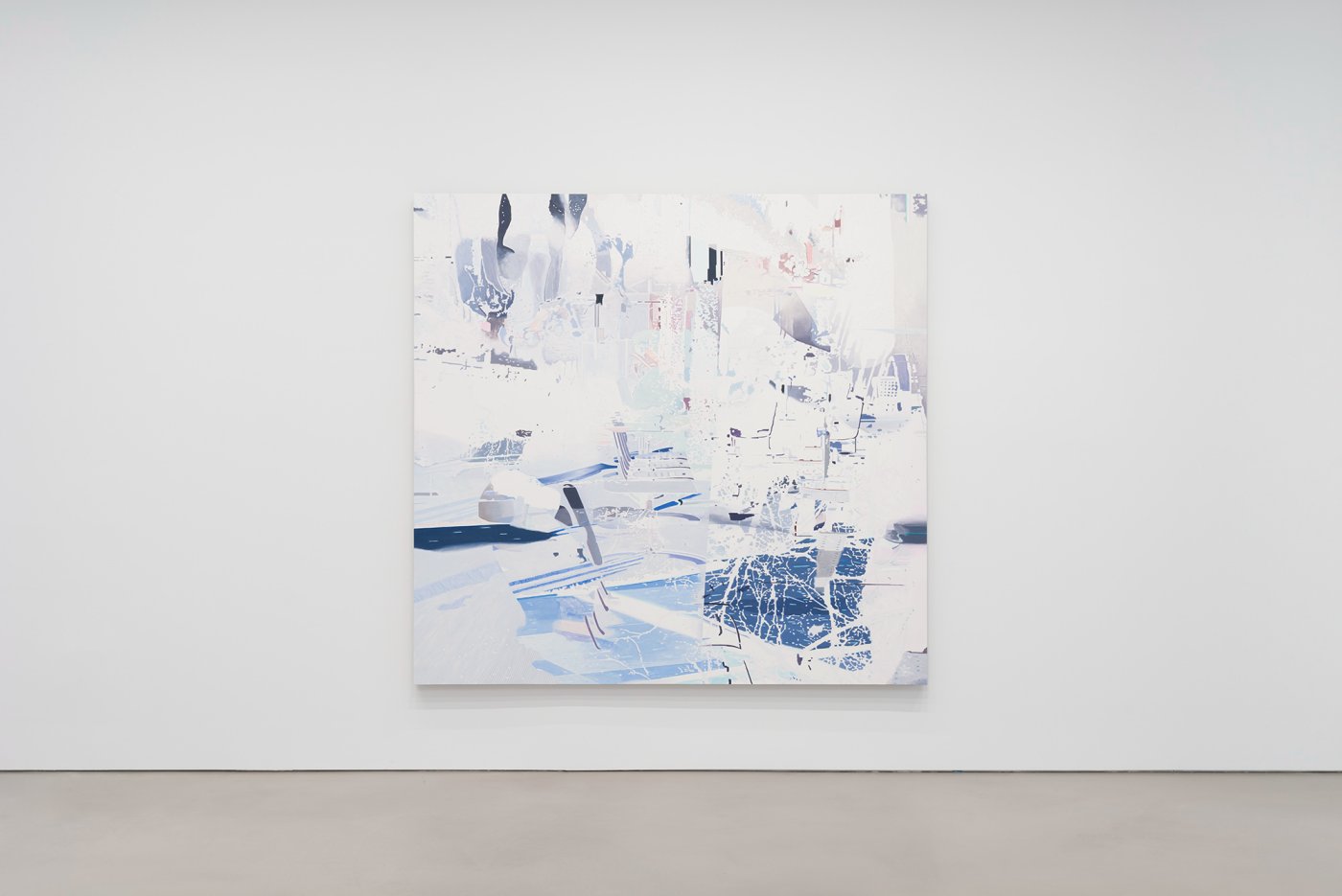 Building upon an infinite archive that is at once mnemonic, ephemeral, digital and physical, Corinne Wasmuht’s paintings are experienced in a manner akin to that of waking from a psychedelic dream. What begins as digitally sketched photographs taken by Wasmuht herself as she navigates the landscape of a communal zone or interior structure, such as an airport terminal or a pedestrian sidewalk, are then realized concretely in the form of intricate, labor-intensive paintings in which these spaces are reworked almost to the point of being indiscernible. Converting the colors of her original photographs to achieve a visually stimulating X-Ray effect, Wasmuht hints at barely-there figurations; ghostly silhouettes of corporeal forms emerge from a computerized negative space, like a void or a gap. Digital meets analog on surfaces under which lies the humble foundation of wood, a medium lauded with tradition that points to Wasmuht’s range and mastery of a unique and complex technique, one which involves layering translucent coats of paint and capturing a quality of light that seems to glow from within.

Developing upon previous works such as those seen in her most recent solo exhibition with Petzel—Alnitak of 2015—Wasmuht’s work serves as an ever-growing, forward-moving evolution of her trademark style. It is the concept of perception—the perception of a room or a space, and how we move within it—that is at the forefront of what unifies this series. Along with perception comes the disorientation of time and memory; the way that our brains select certain fragments and images of memories, permanently impressing them upon us for reasons that remain unclear. This selection and repetition is interwoven in the countlessly shredded and reassembled layers of Wasmuht’s paintings, where details big and small are plucked from one painting and duplicated in the next—a tiny fraction of a rainbow, a window, chairs in the waiting area of an airport terminal. As explained by Wasmuht, it is painting itself that is at the core of what inspires her work, and every painting she composes serves as source material for the next, with one image or particle standing out from the rest and thus presenting her with a new idea, a new design for a future composition.