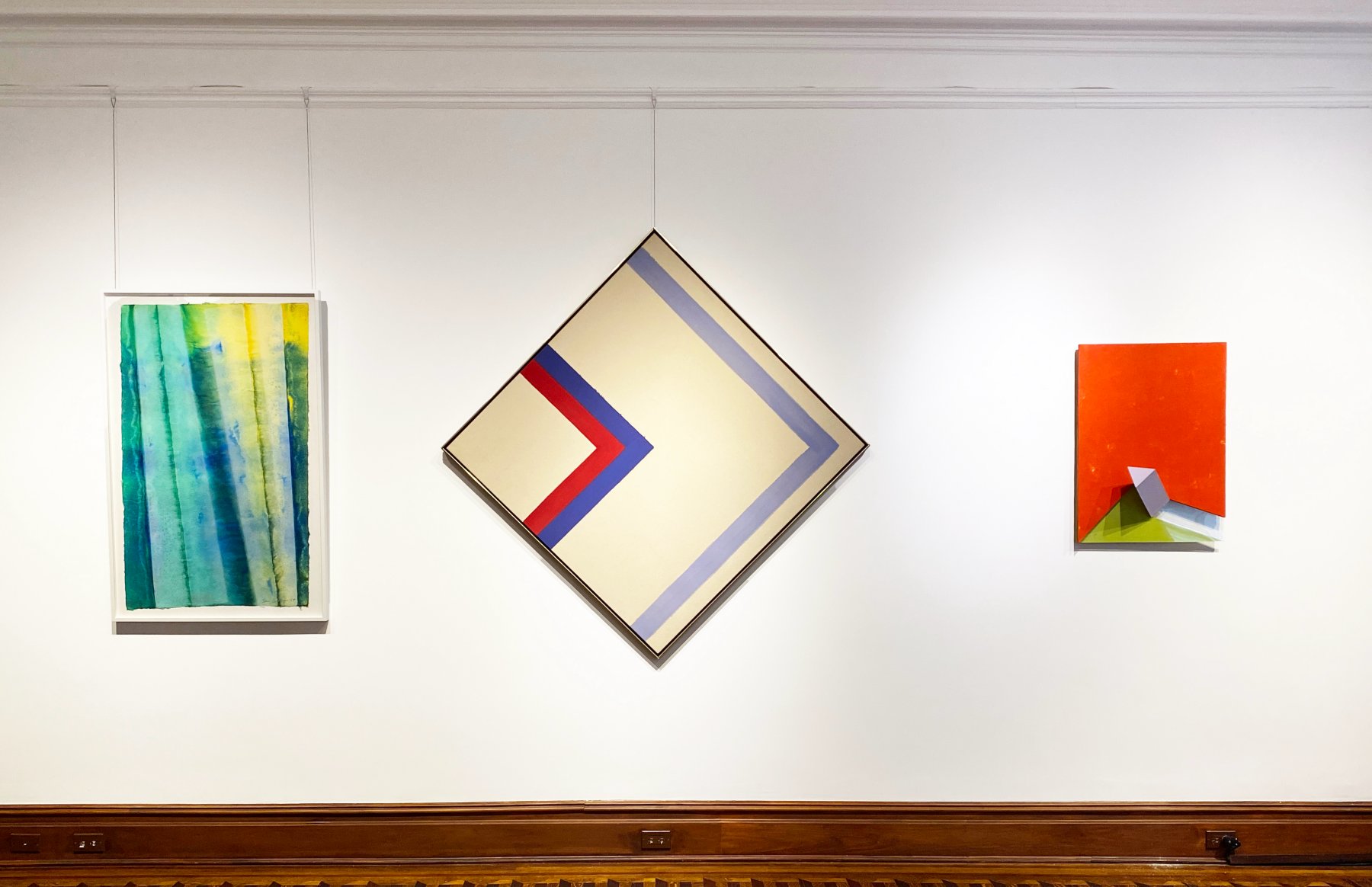 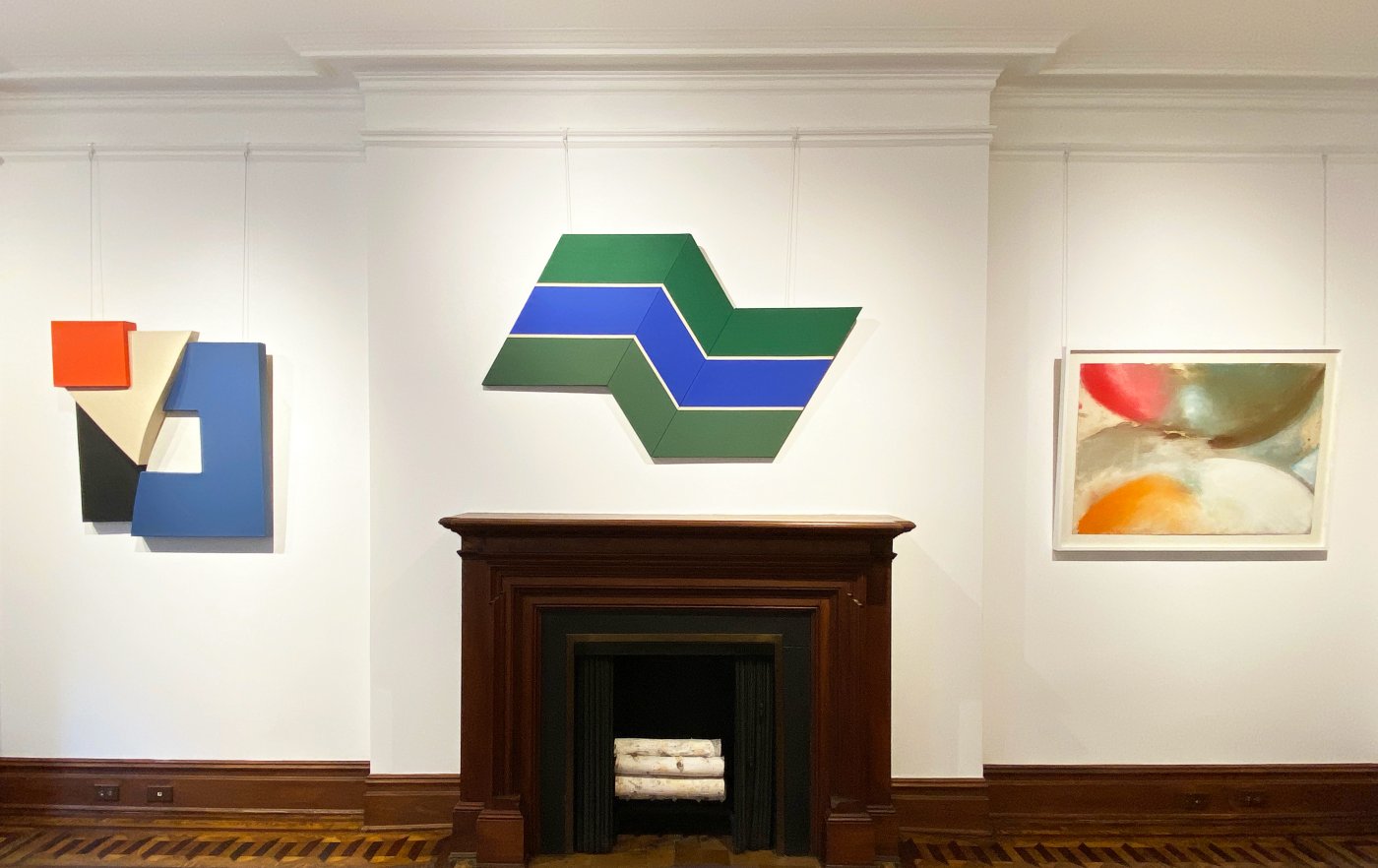 From the 1960s onwards, a generation of American artists began to rethink postwar gestural abstraction. Retaining an interest in color, artists such as Ed Clark, Kenneth Noland, and Thomas Downing began to experiment with framing and shaped canvases, while Sam Gilliam and Charles Hinman abandoned the traditional frame altogether, breaking the boundaries between the space of the painting and the space of the viewer. Driven by technical innovation, the artists presented here expand the definitions of their medium while exploring the effects of light and luminous color.

Experimentation with color and the question of the frame were central concerns of Ed Clark. In the 1960s Clark became the first artist to exhibit a shaped canvas which appeared in a group exhibition at the Brata Gallery in New York. Clark was already known for his rethinking of gestural abstraction: in the 1950s he began to apply paint with a push broom, a technique he termed “the big sweep.” In Untitled (1996) Clark reinterprets the oval forms that had preoccupied him in his early canvases, presenting curved shapes not as virtuosic brushstrokes, but rather as glowing clouds of atmospheric color.

Ceaseless invention is a hallmark of Sam Gilliam’s career. In his canonical Drape series, begun in 1968, he suspended unstretched canvases from the walls and ceiling. Freeing the canvas from its frame allowed Gilliam to push the boundaries between painting and sculpture while establishing the artist as leading innovator in the Color Field movement. In B Series II (2015) Gilliam uses pigment-based ink on handmade paper, manipulating the material to create sharp vertical folds within which the luminous pigment pools and smears. Gilliam cites Jazz as an influence and the tension between improvisation and structure –between the ink’s liquidity and the linear structure of the paper’s folds—is characteristic of his experiments with media.

The picture frame was of equal interest to Kenneth Noland, an artist who defined the “post-painterly abstraction” of a generation that reacted against the gestural qualities of Abstract Expressionism. A key member of the Washington Color School, Noland reduced his compositions to geometric shapes such as circles, chevrons, and lines which he painted on unprimed canvases. Through these simple forms he explored geometry and color relationships. In Walk (1964) he plays with the limits of the frame – turning the painting on its side and both echoing and mirroring its corners in spare ninety-degree angles.